We have about 50 acres of wetland at the south end of our farm. Little Waumandee Creek runs through it from east to west, and numerous springs feed into the creek.  (Here’s a link to a page about the creek.)

Part of the wetland, looking down from Sumac Prairie. 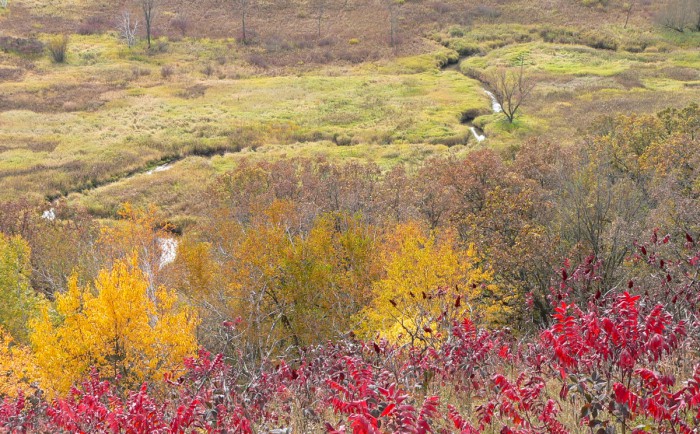 This is an aerial that shows the wetland.

The creek flows through a culvert under the driveway where the beavers like to build a dam.  We see a lot of wildlife here – on and around the dam and in the beavers’ pond.   We’ve seen beavers, muskrats, minks, otters, bears, herons, ducks, trout and deer. 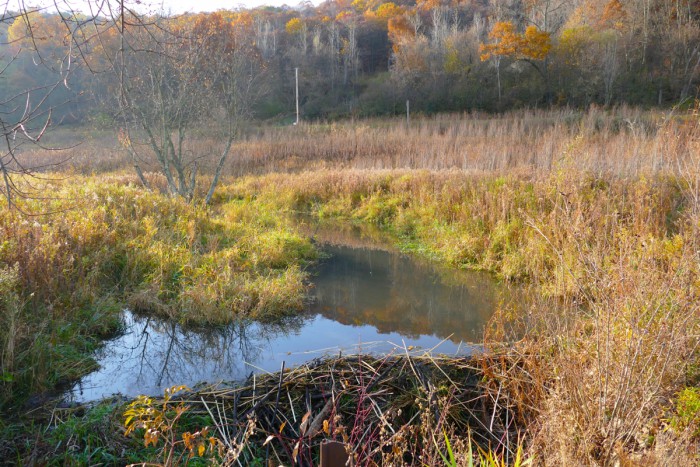 The creek floods during the snow-melt every spring, and sometimes after heavy rainstorms. 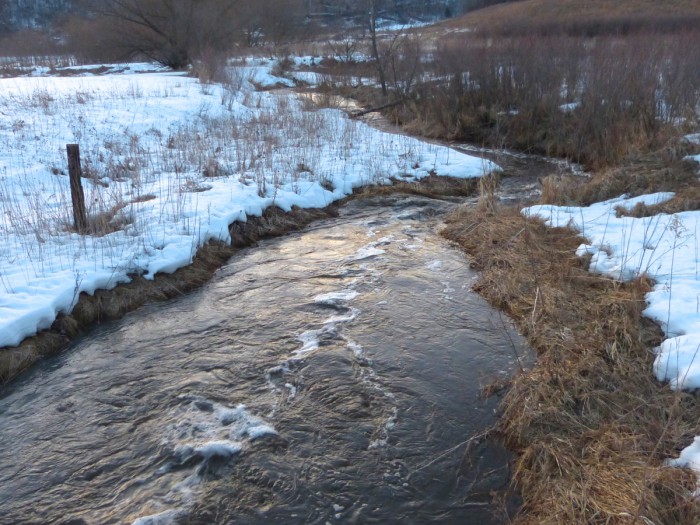 We have several large springs. 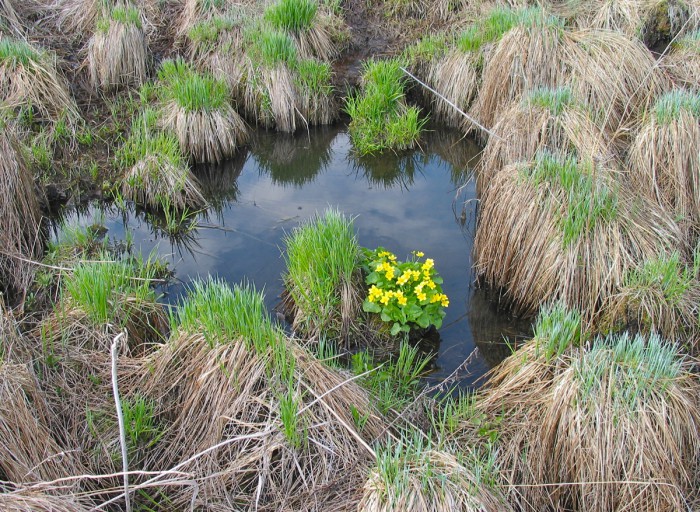 The springs make streams where they run down to join the creek. 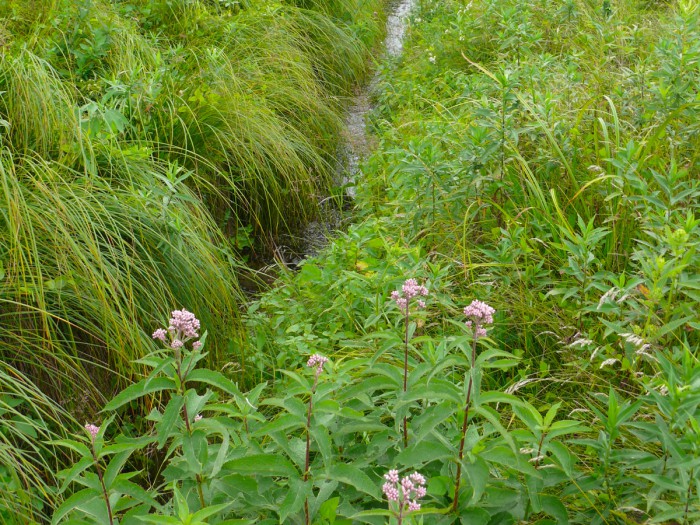 Along the driveway are several old fields which were mostly Reed Canary Grass when we bought our land.   I’ve been working to get rid of the weeds and plant with native wet prairie. 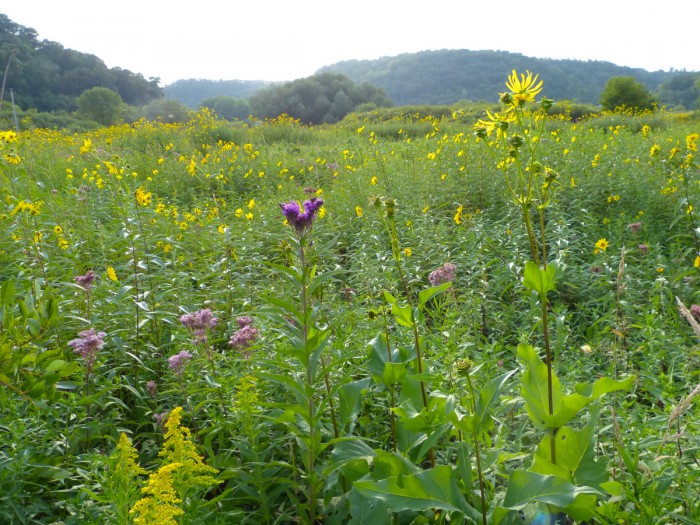 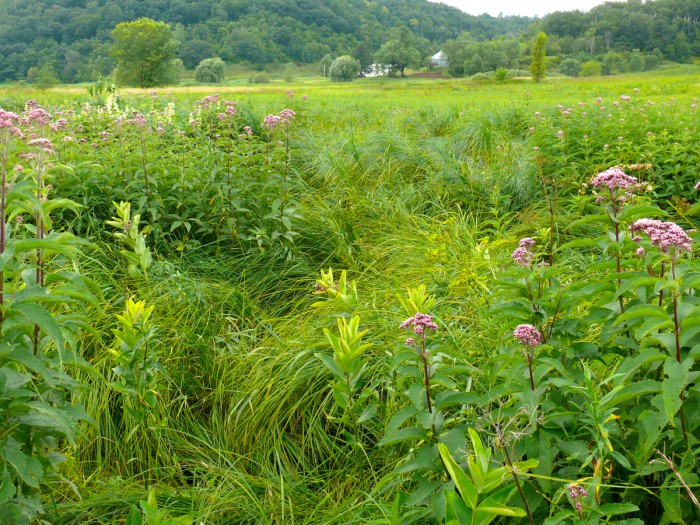 There’s one big patch of Fringed Gentian in an area which was never plowed, and probably never grazed. 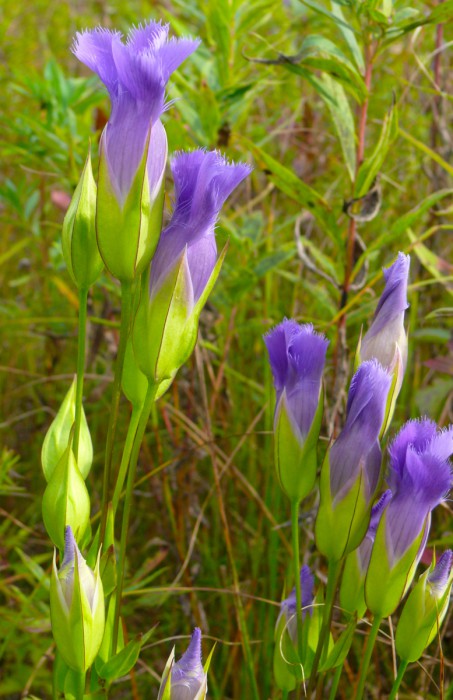 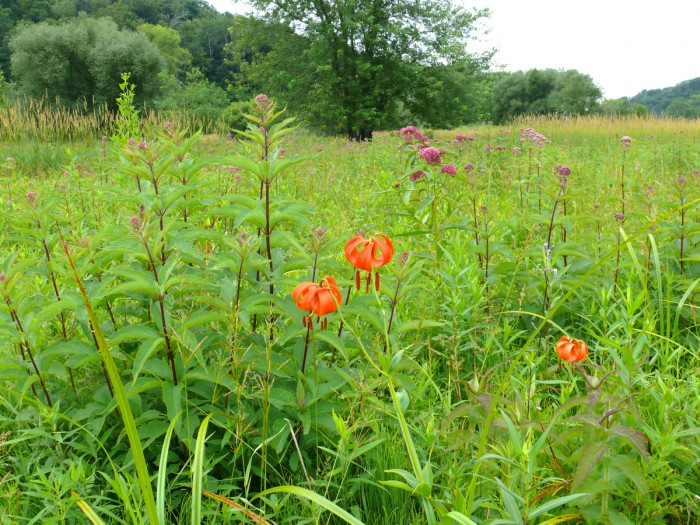 Baltimore Checkerspots are some of the most beautiful of the butterflies that live in our wetland. 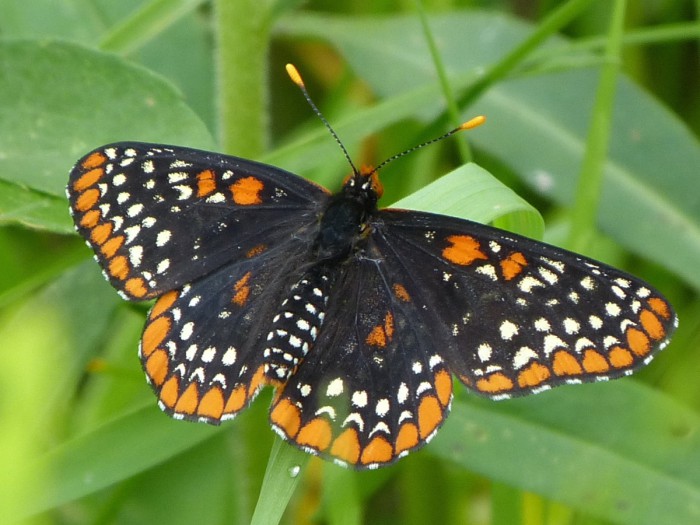 Bronze Coppers are also beautiful, and we see them less often. 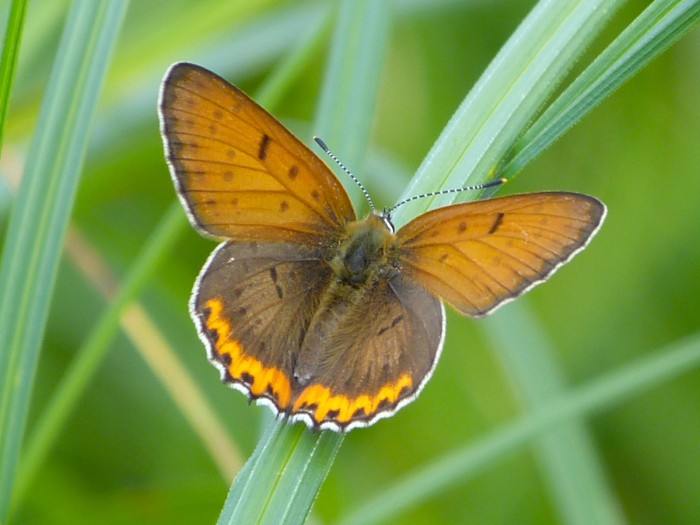