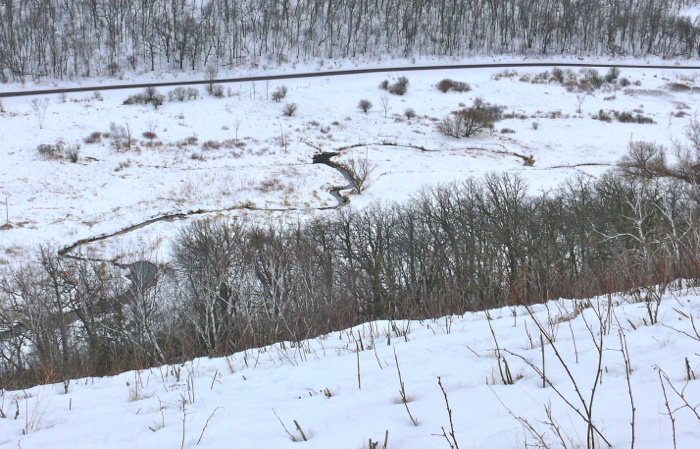 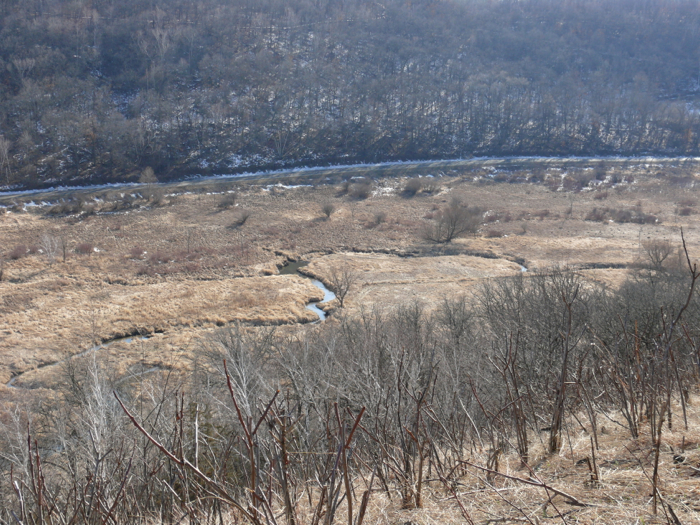 8/13/2010   The biggest excitement we had this year was the night that Richard’s friend Phil came to visit.  We had a hard rainstorm during the night, and when he tried to drive out the next morning, this is what he saw.  We later found out that we had gotten about 6 inches of rain in that 1 1/2 hour storm.  The creek was rushing over the driveway at the culvert, and it had also created several new channels. 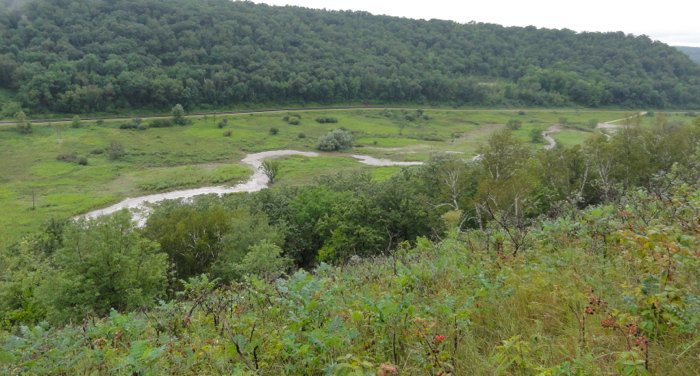 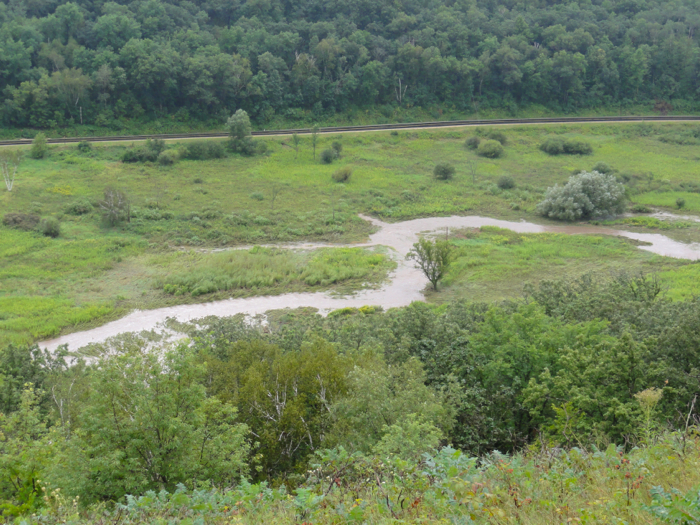 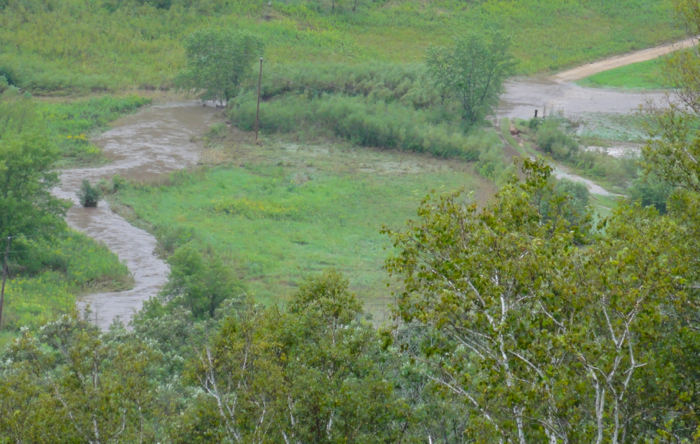 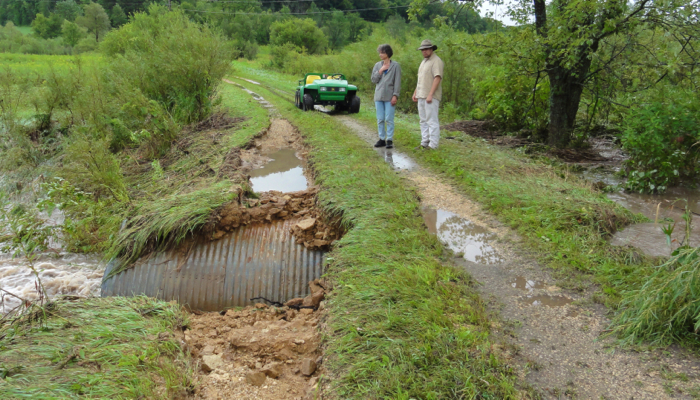 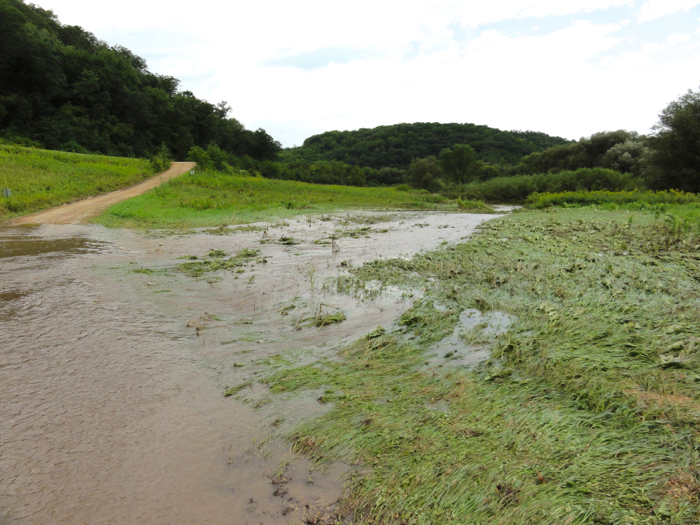 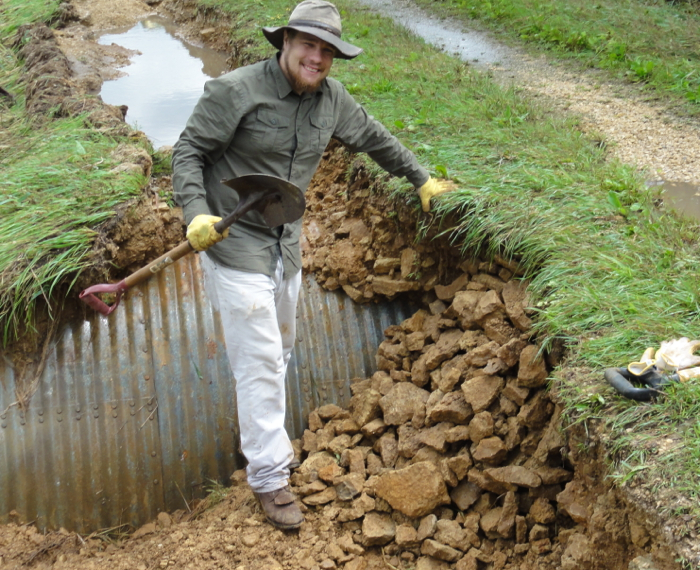 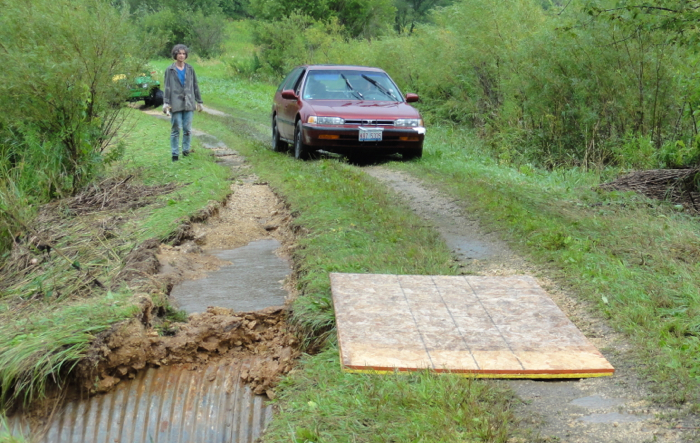 8/14/2010  The part of the planted wetland where I’m weeding Parsnip by hand.  It’s in pretty good shape now – only a few days of work to pull all the parsnip in here. 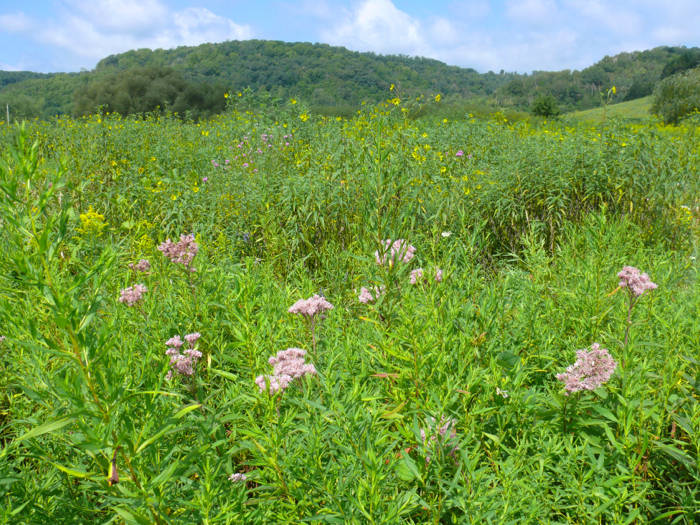 9/5/2010  Blue Lobelia and Sneezeweed – as well as Bird’s Foot Trefoil – another invasive weed that I’m working on eliminating. 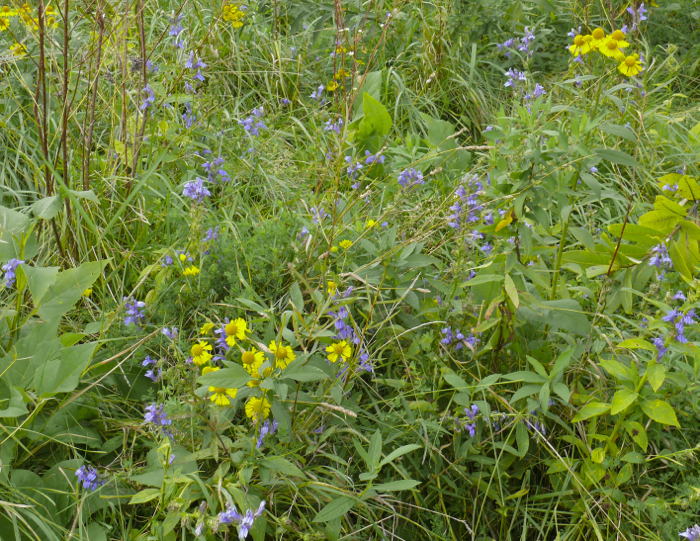 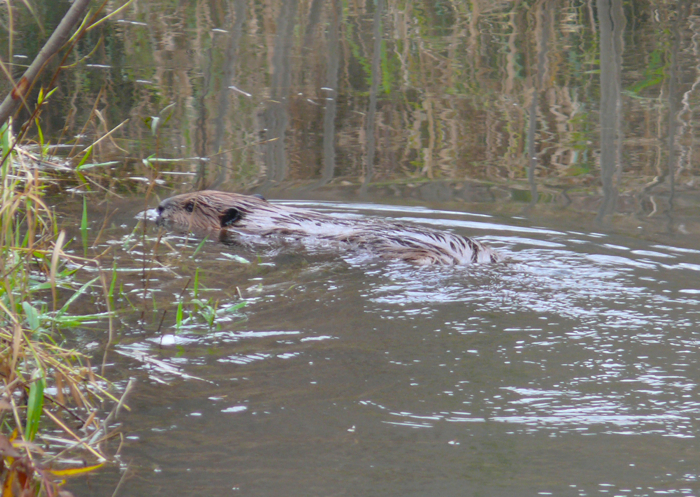