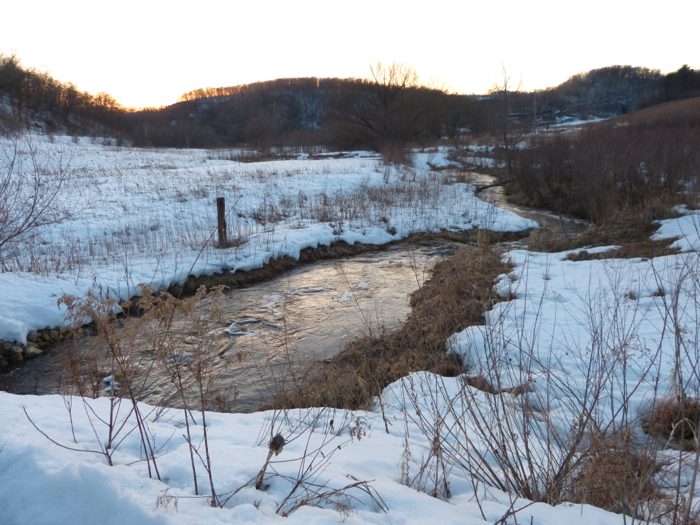 7/11/2013  Pulling parsnip down near Willow Bend.  This lower area – below the big sedge meadow – has lots of Reed Canary Grass, besides the Wild Parsnip.  I have plans to work on it, but there are always other areas that have priority. 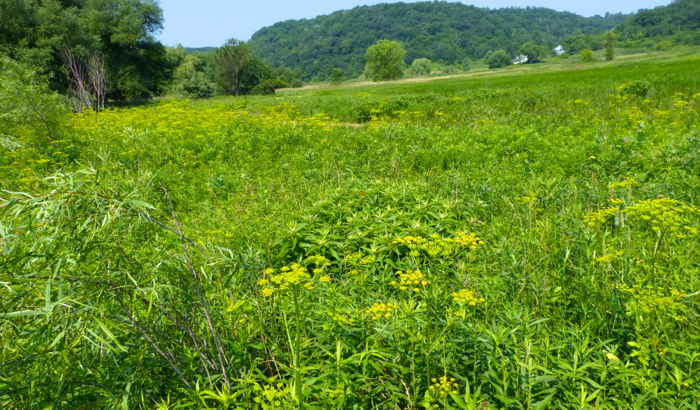 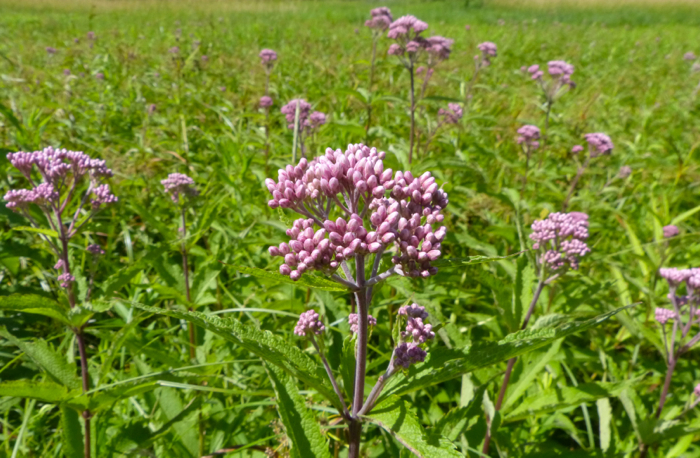 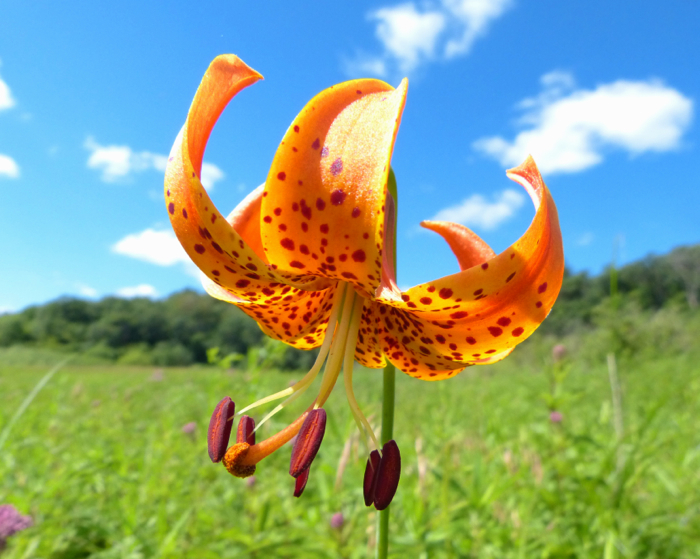 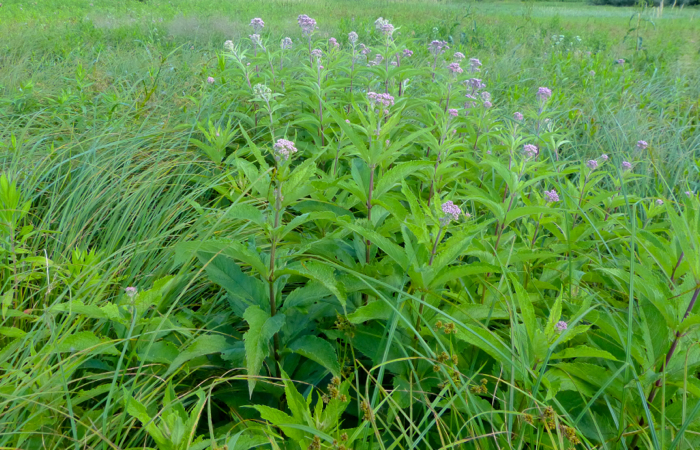 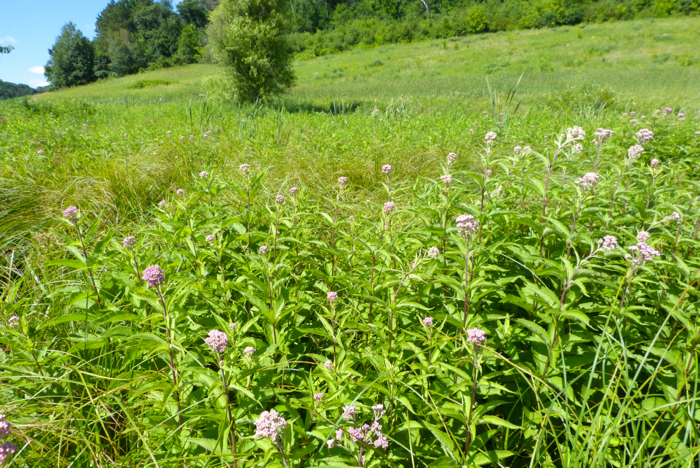 7/29/2013  Mike mowed a Reed Canary Grass area that we’re going to spray later this summer.  It’s got a few small patches of Crown Vetch – the only Crown Vetch we have on our property.  I sprayed them, and I’ll check again next spring to see if any more comes up. 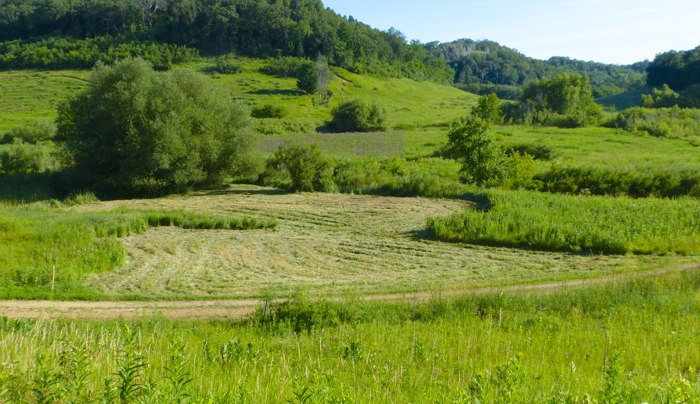 7/29/2013   The field east of the old driveway.  We’ve sprayed this before, and planted it several times, but we aren’t making much headway against the Reed Canary Grass.  We’re trying another spray recipe to see if that works.  Here it’s mowed;  when it greens up again, we’ll try spraying one more time. 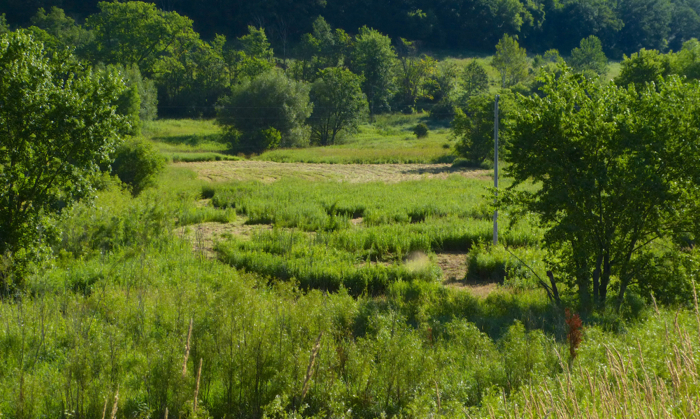 7/29/2013  Another Reed Canary Grass patch that we mowed to get ready for spraying. 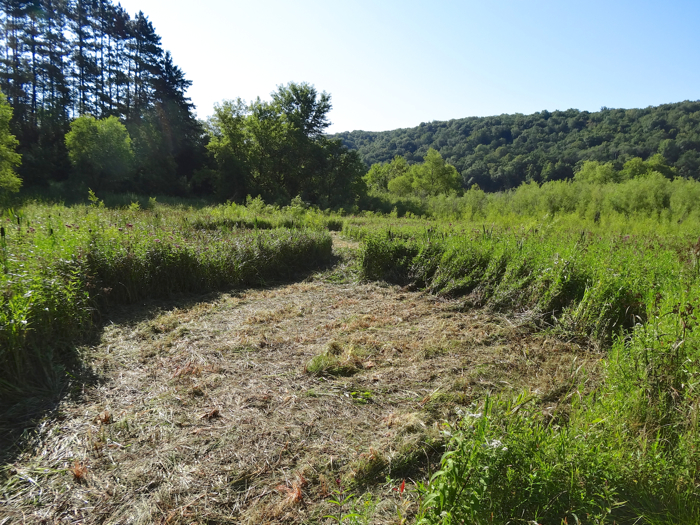 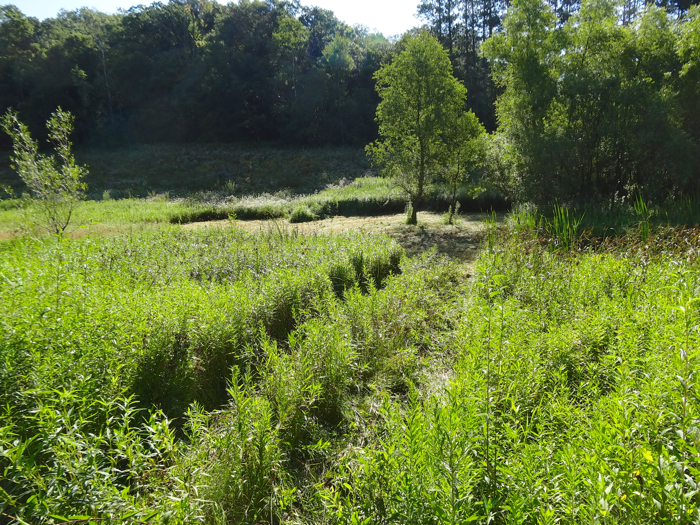 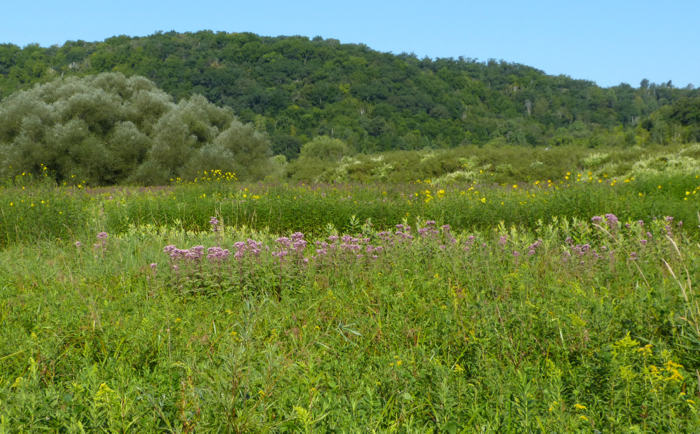 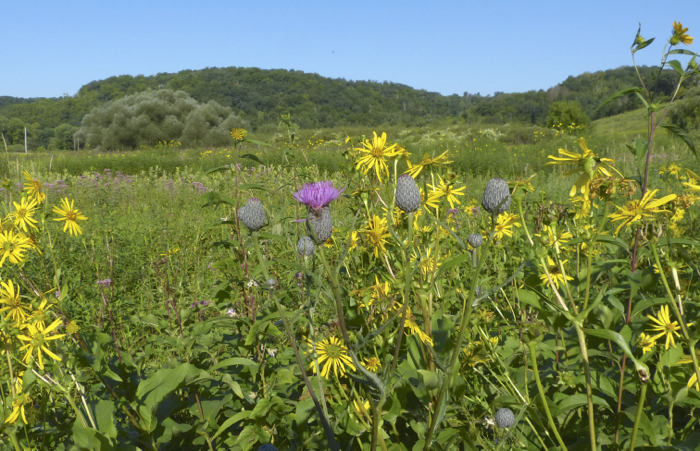 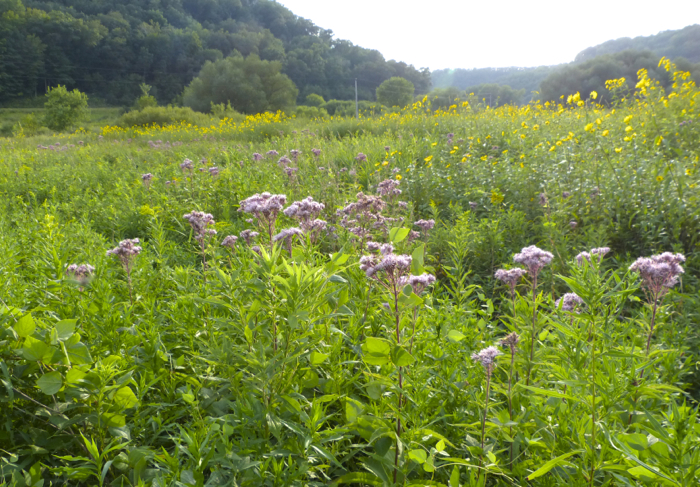 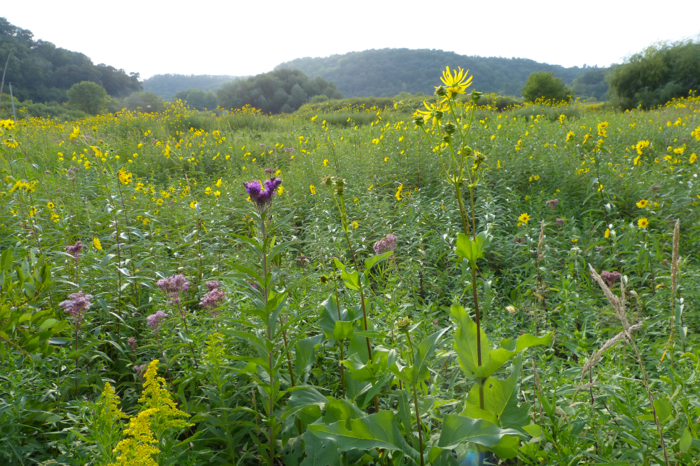 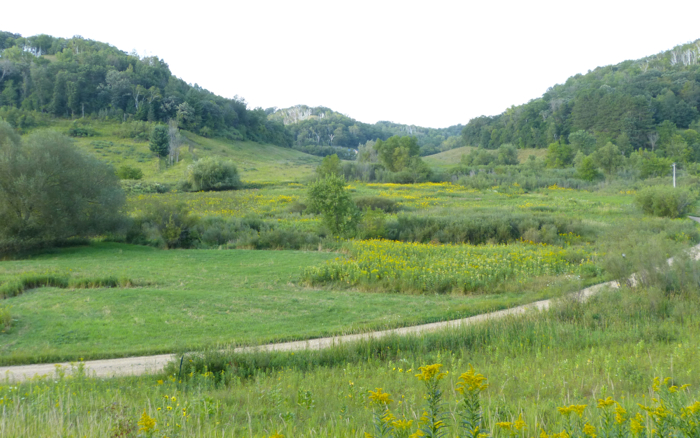 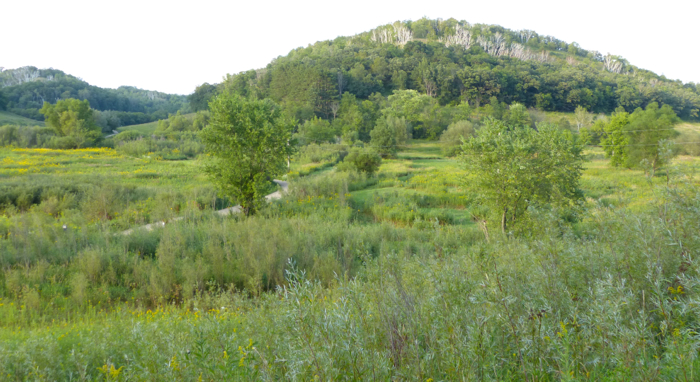 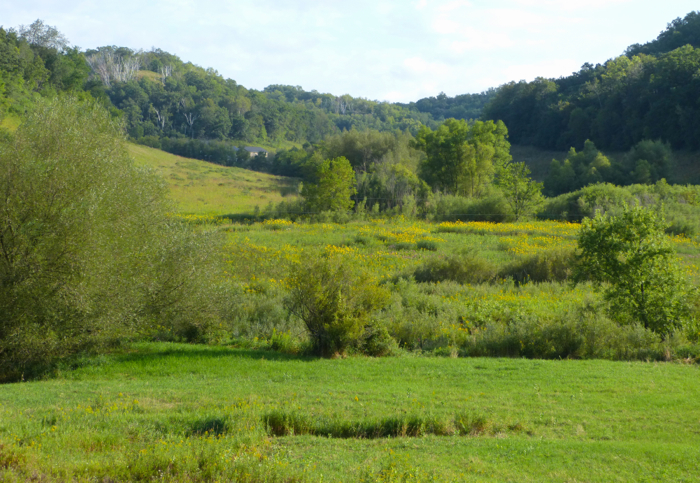 9/5/2013  This year we only mowed the western half of Parsnip Meadow.  The number of parsnip plants is getting low enough that I can weed a larger area by hand.  I weeded the parsnip here by hand for the first time.  It was nice to be able to let the flowers bloom.  Now the main problem in here is Bird’s Foot Trefoil. 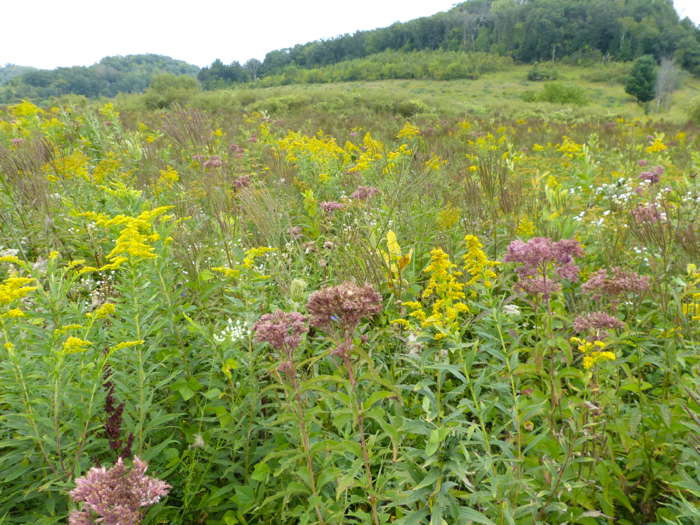 9/5/2013  The edge of the mowed part of Parsnip Meadow, compared to the unmowed part. 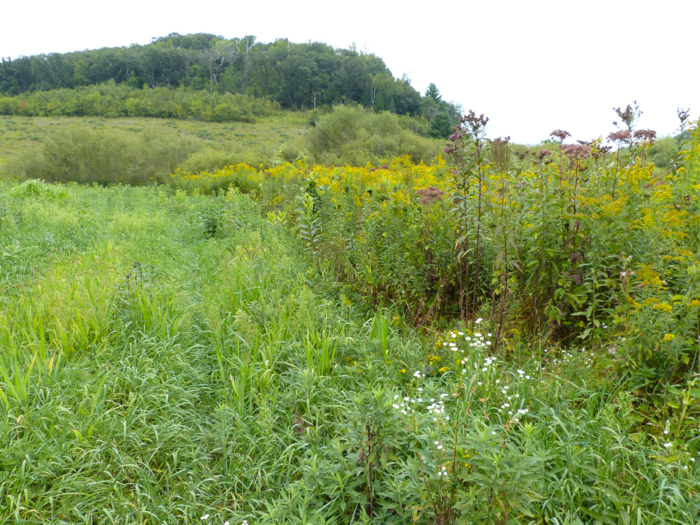 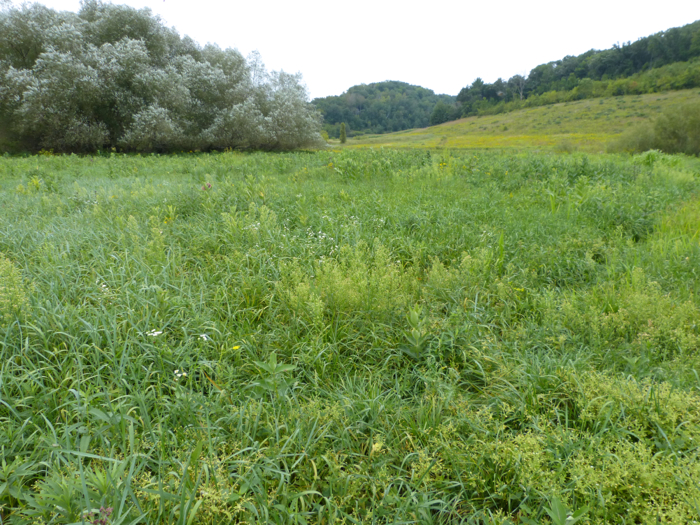 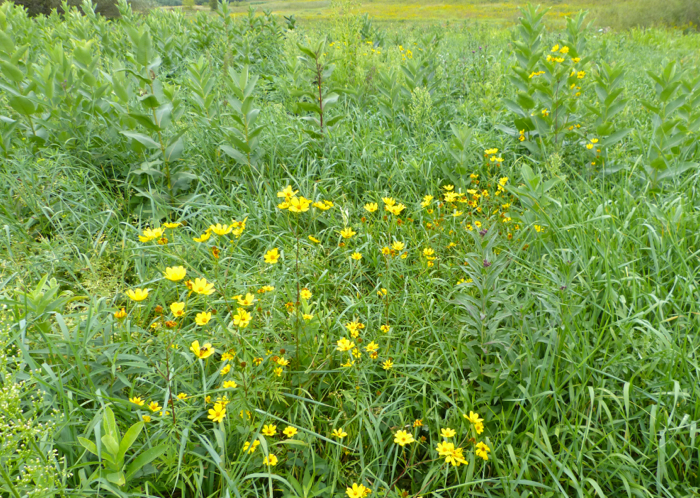 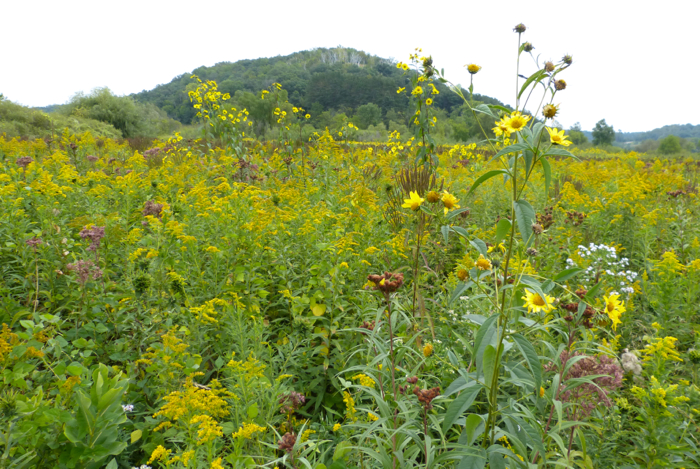 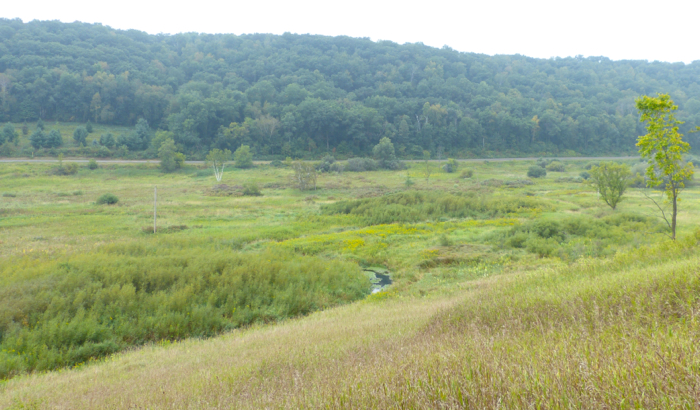