5/12/2008  There are numerous patches of Marsh Marigolds throughout the wetland. 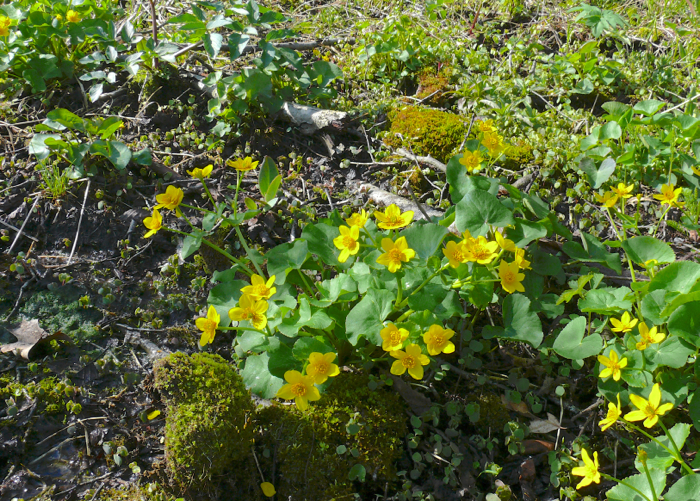 5/12/2008  Sometime in the past one of the farmers built a wall around this large spring to make it into a pond.  It’s close to where the old farmhouse used to be. 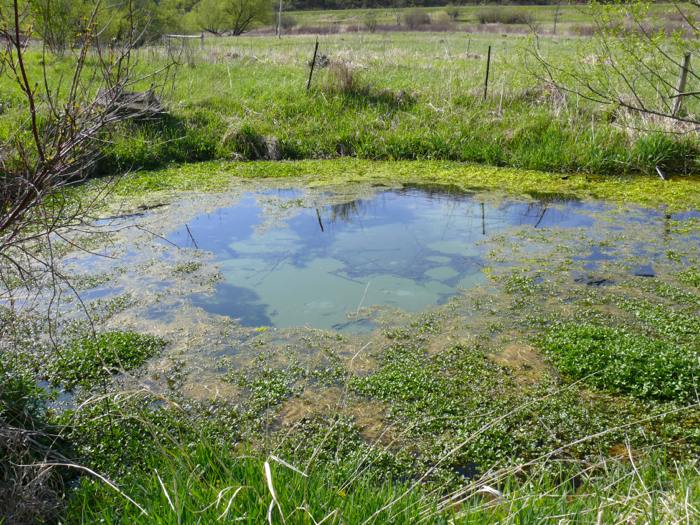 5/12/2008  Looking down into the water you can see water bubbling up through the ground. 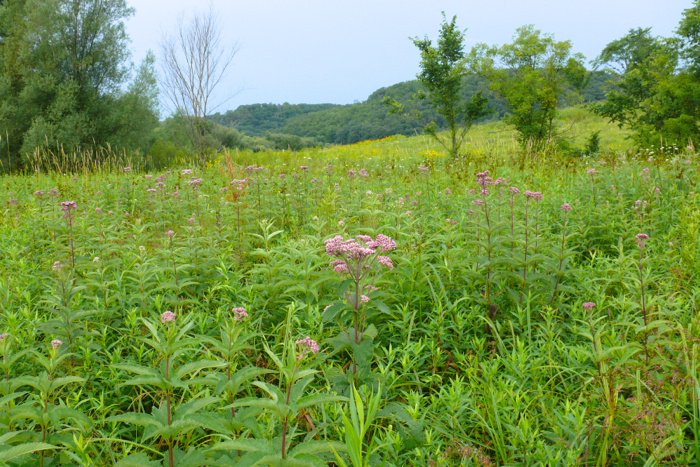 8/2/2008   The hill between the road and the driveway has mostly natives except for two prominent invaders – White Sweet Clover and Queen Anne’s Lace.  This year the Sweet Clover population exploded, and I decided to try pulling it all. 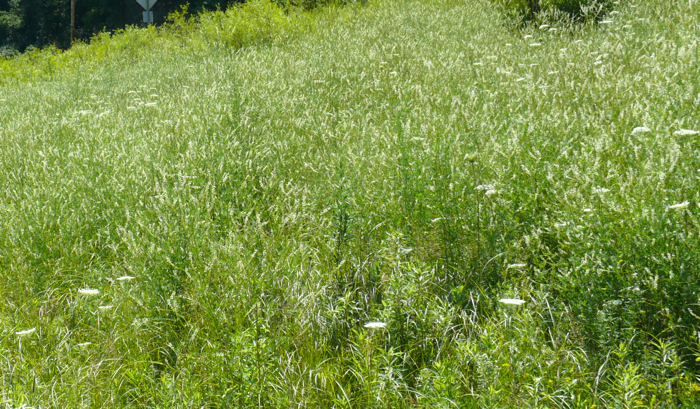 8/2/2008  Here’s a pile in the gator – on the way to the compost pile.  It looks terrible, but it actually only took a few days.  When it’s this mature, I can cut the stalks off at ground level and it stops growing. 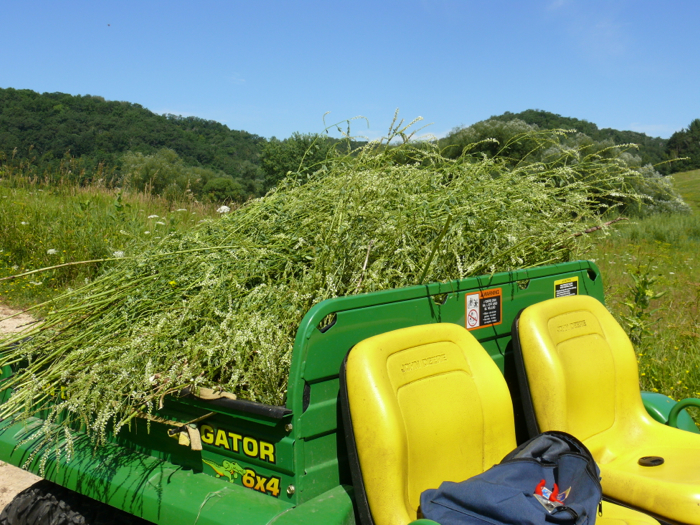 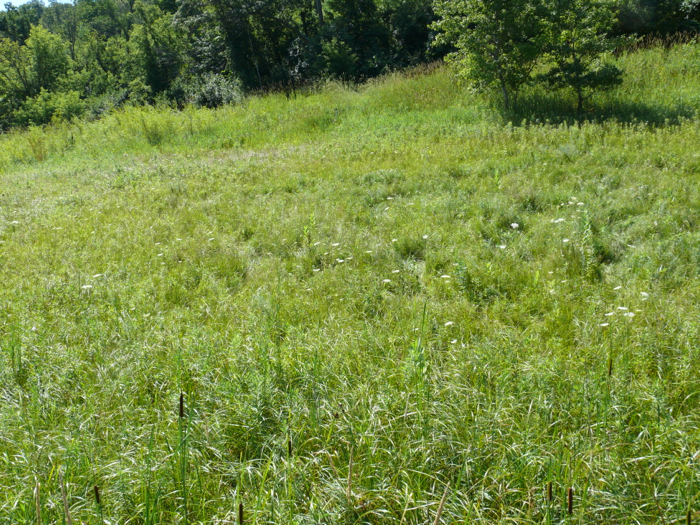 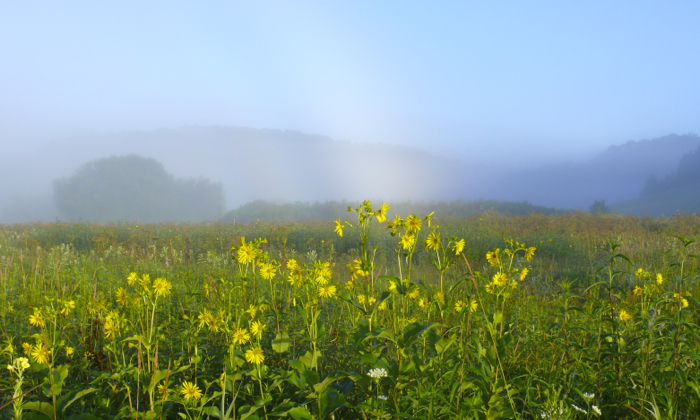 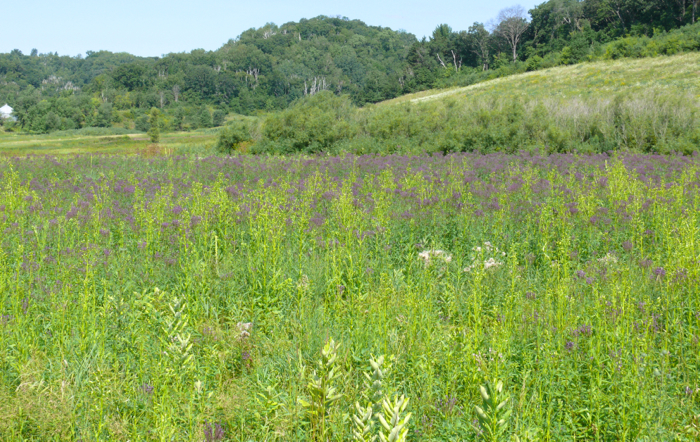 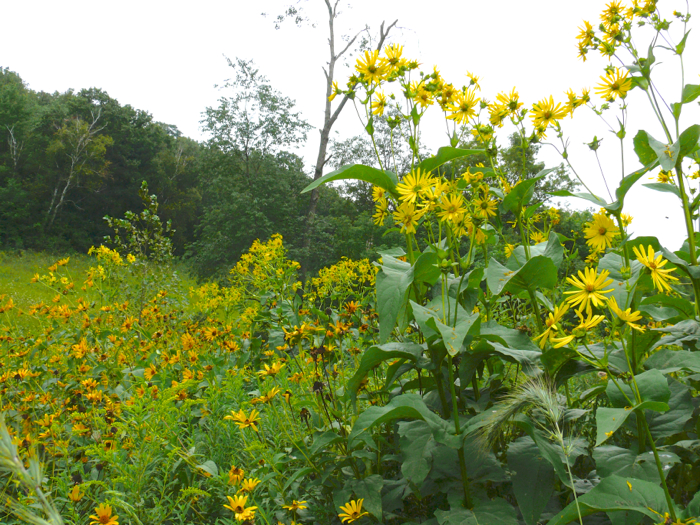 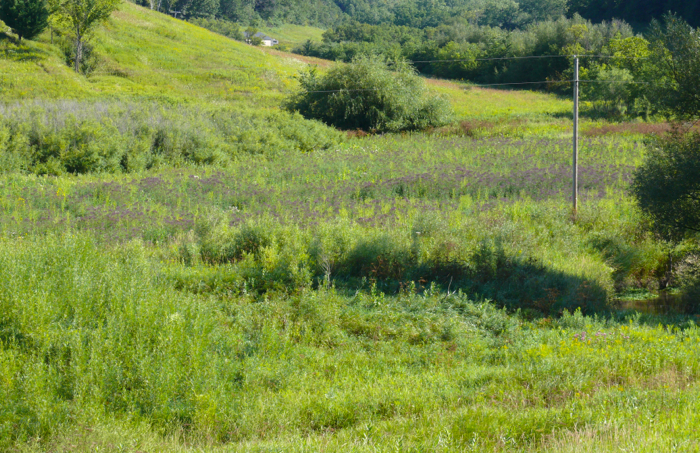 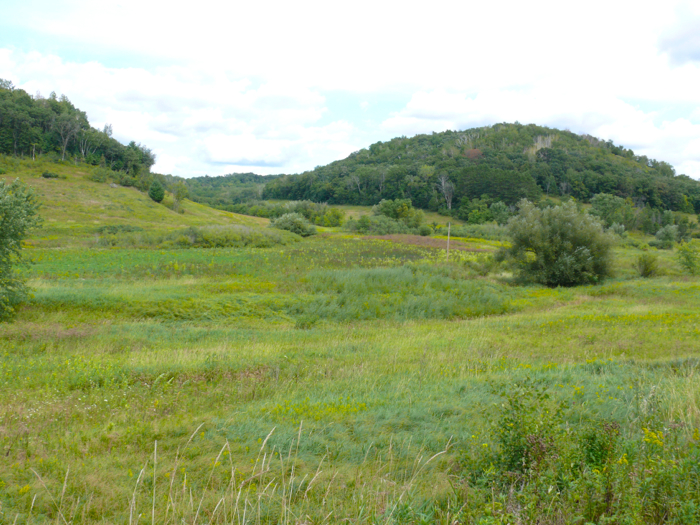 9/11/2008  This is the area where I’ve been weeding Parsnip by hand.  There’s definitely less parsnip this year.  This is Swamp Thistle, Sneezeweed, and Tall Sunflower. 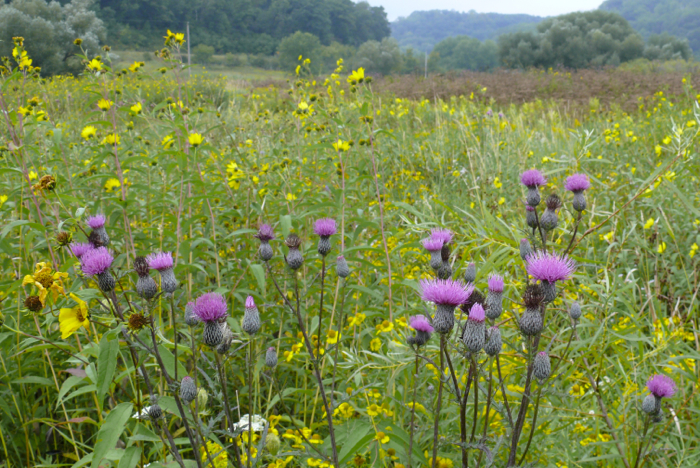 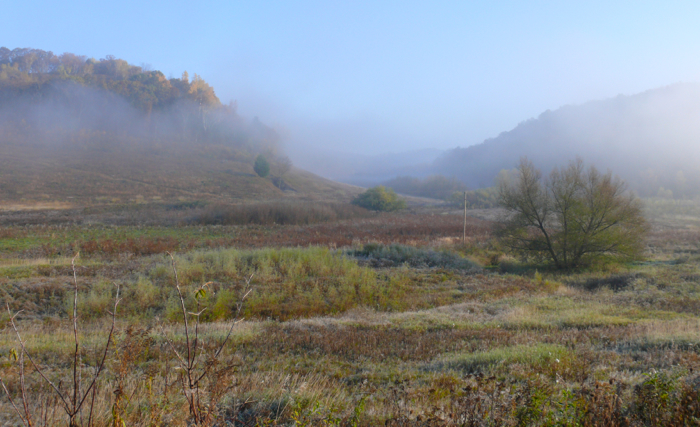