4/28/2009  This view (from Sumac Prairie) clearly shows the ant mounds (in the foreground) and the sedge meadow (the textured area beyond it). 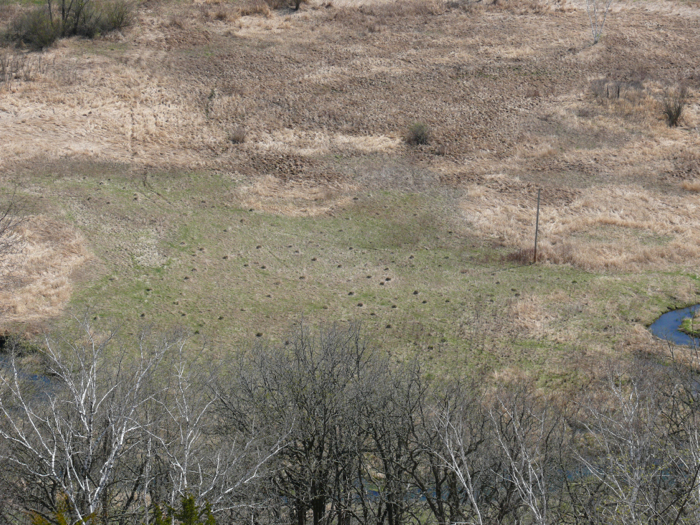 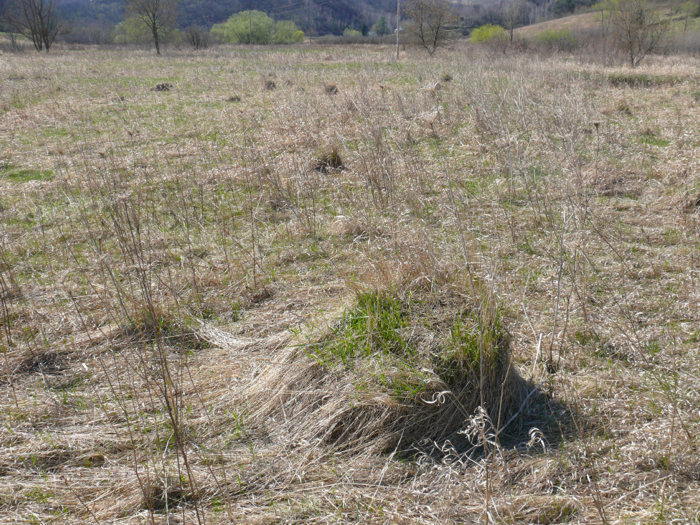 4/29/2009   And here are some of the ants.  James Trager tentatively identified them as Formica glacialis.  They are a conservative species in the upper midwest, usually found in remnant wetlands that have constant groundwater. 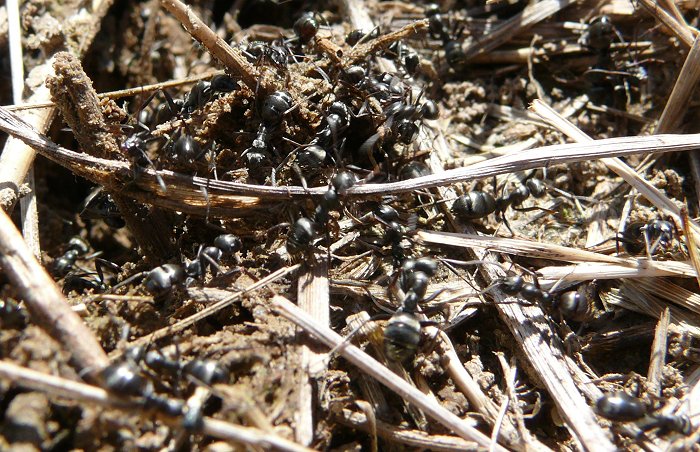 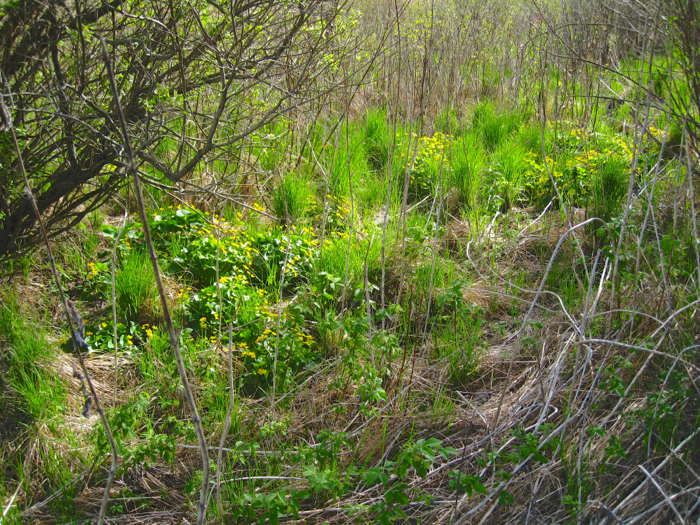 7/4/2009  Common Milkweed and Angelica in the mowed, planted part of Parsnip Meadow. 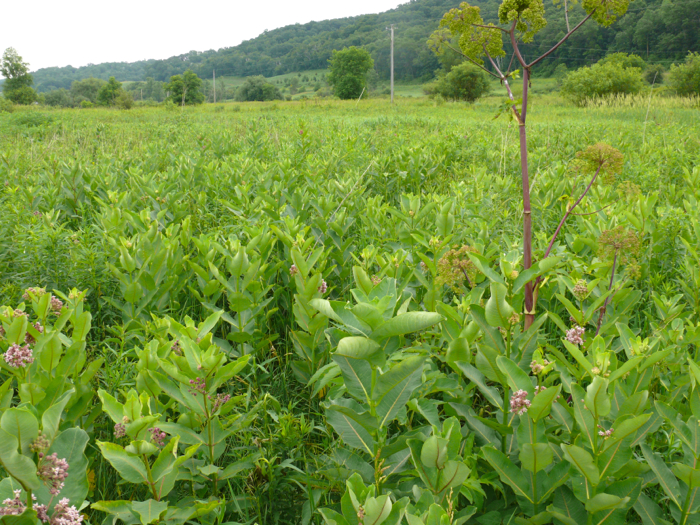 7/12/2009   This is the former lawn of the old farm house.  The house burned down 10 years or so before we bought the land, and the site has been growing wild ever since.  The yard still has a few garden flowers – crocus, garden phlox, iris and peonies – but mostly it’s weeds and Common Milkweed. 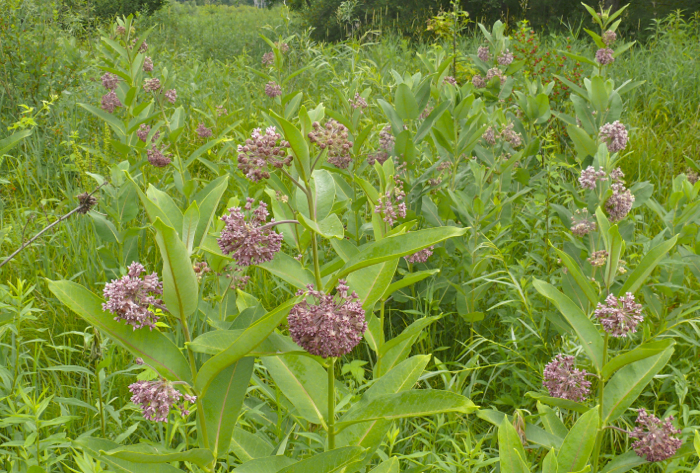 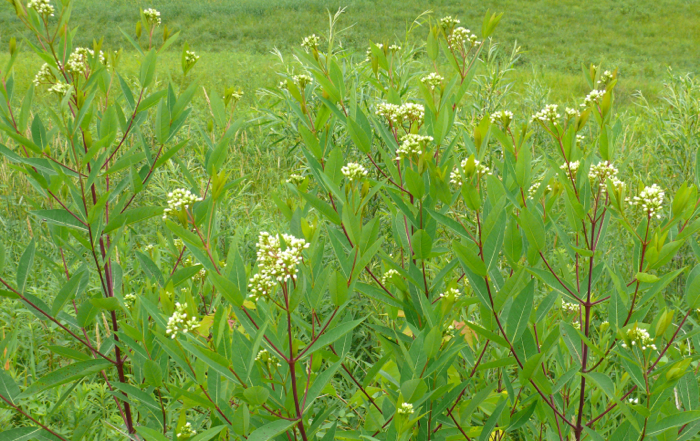 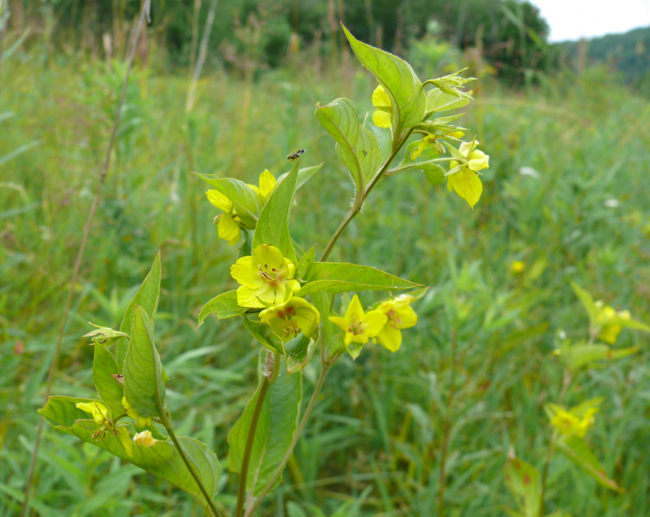 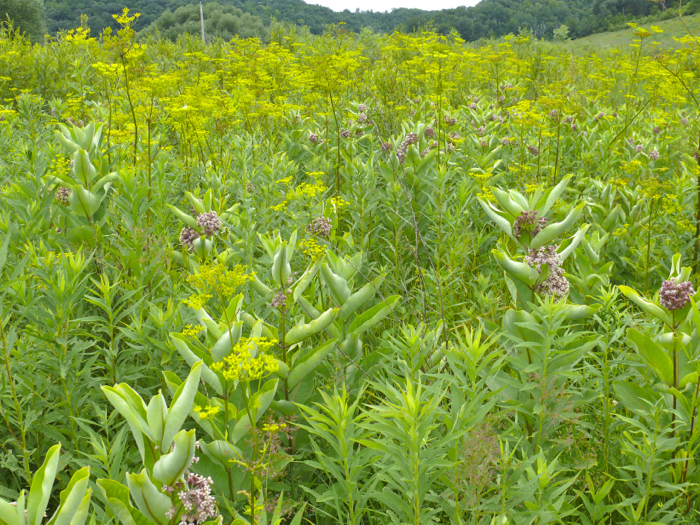 7/21/2009  This is a beautiful area that I just discovered, growing under and around an old Silver Maple along the west edge of our land.  It’s very diverse, and I only need to keep the Wild Parsnip from taking over, and get rid of the patches of Reed Canary Grass that grow around the edge. 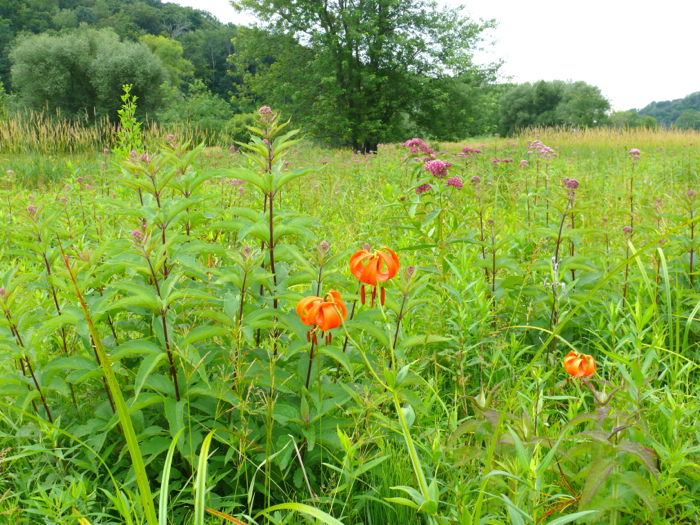 7/21/2009  Turks Cap Lily and Tall Meadow Rue near the big spring along our western boundary. 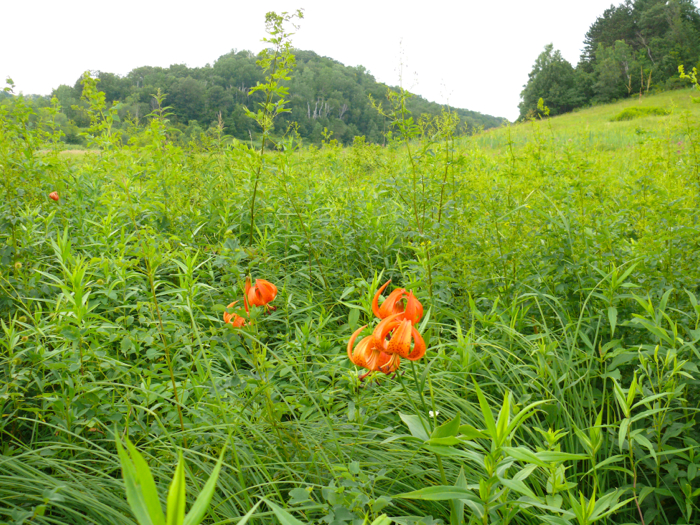 8/8/2009  Parsnip Meadow recovering after being mowed earlier in the summer. 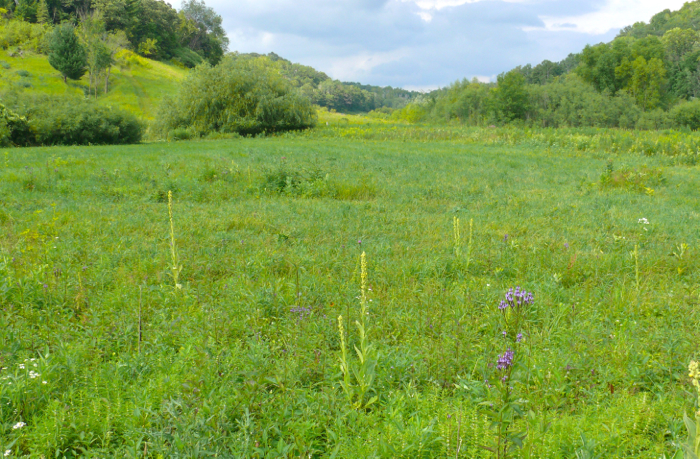 8/8/2009   This is one of the small streams where water from a spring flows down to the creek. 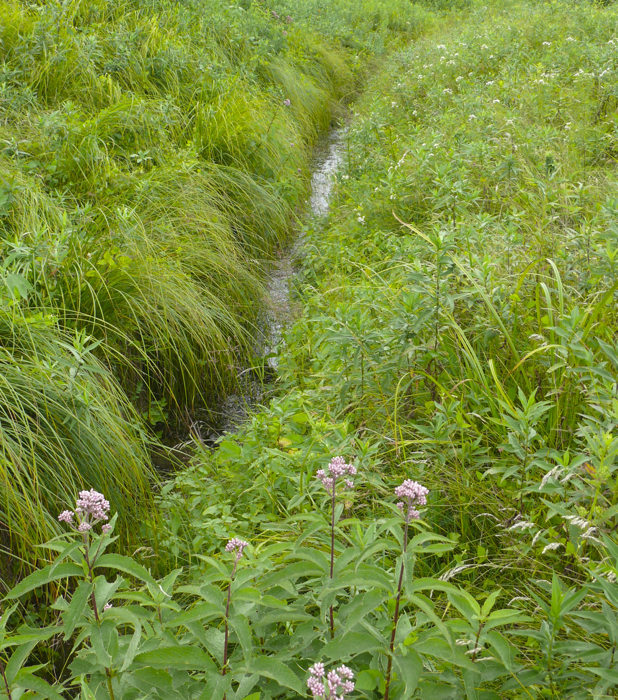 8/8/2009   Joe Pye Weed, Common Milkweed, and Wild Cucumber Vine at the edge of a sedge meadow 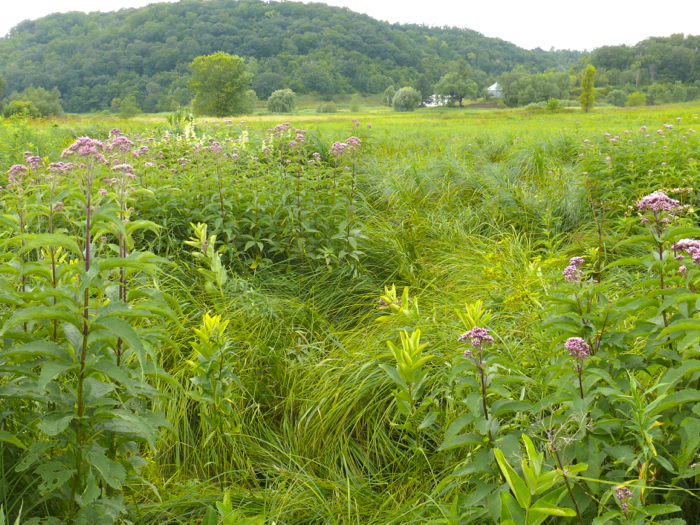 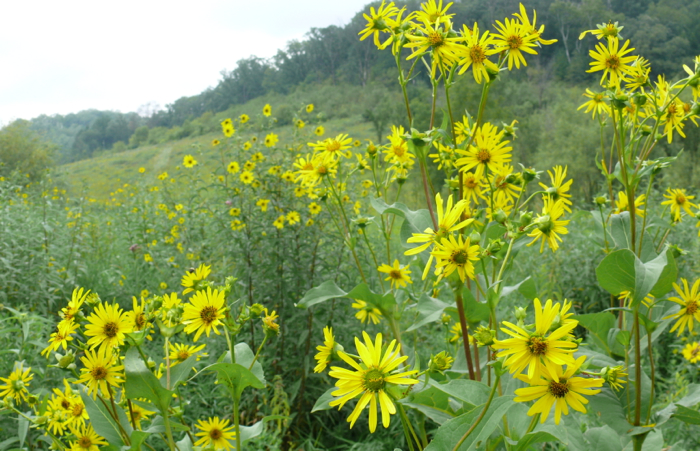 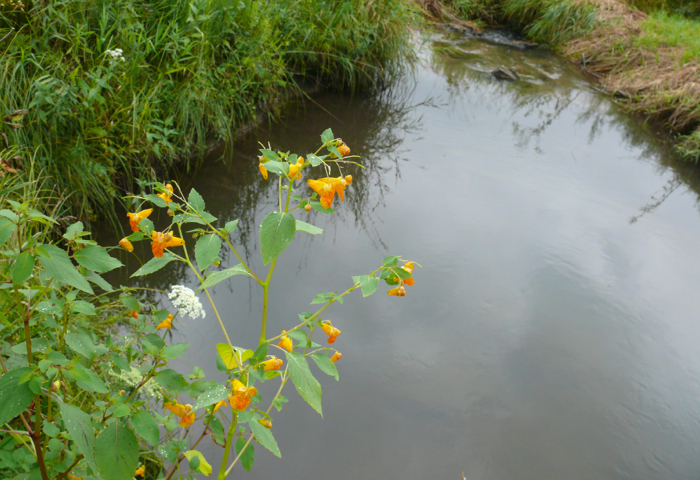 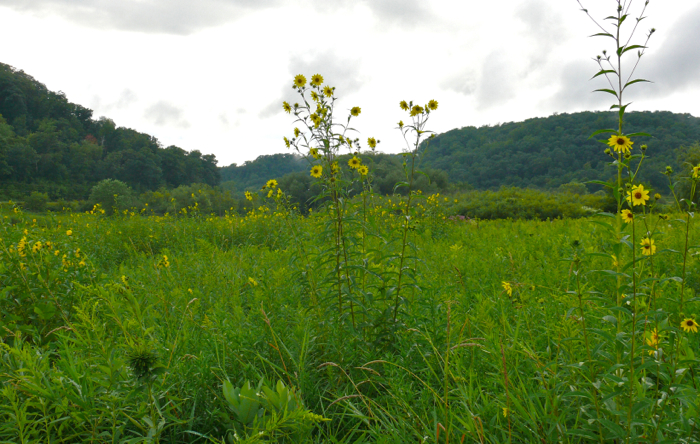 8/19/2009   Mike mowed the north edge of the creek west of the driveway.  It helps to mow some areas so that I don’t have to weed the Parsnip all by hand.  Mowing reduces the number of seeds it produces, so the next year there won’t be as many plants to pull. 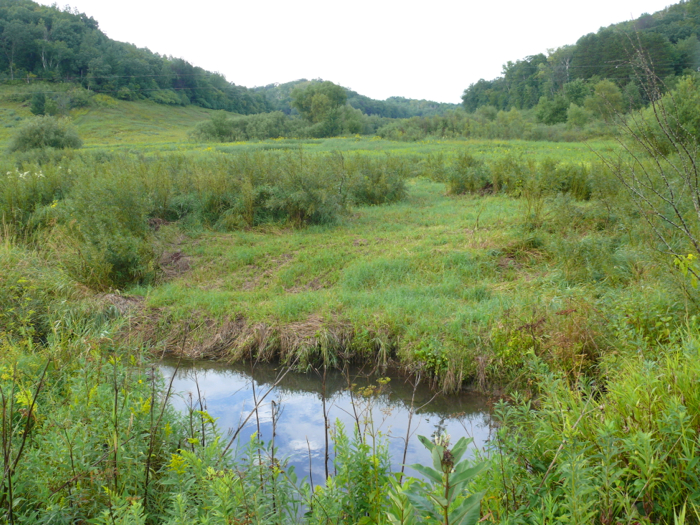 9/20/2009   The triangle between the old and the new driveways is becoming more diverse.  Sneezeweed, New England Aster, and Panicled Aster. 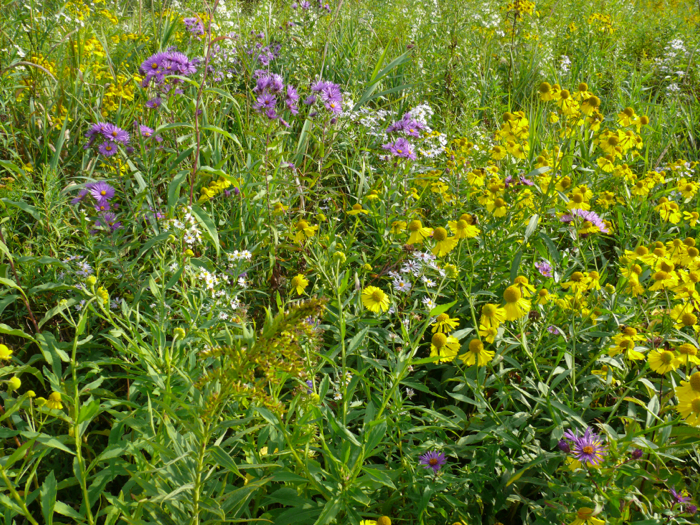 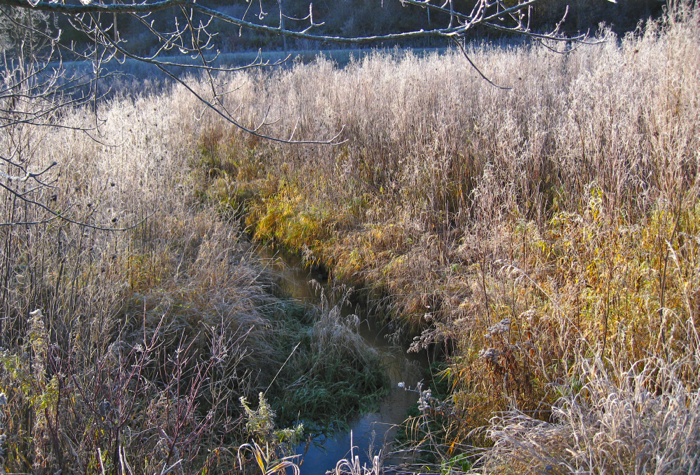 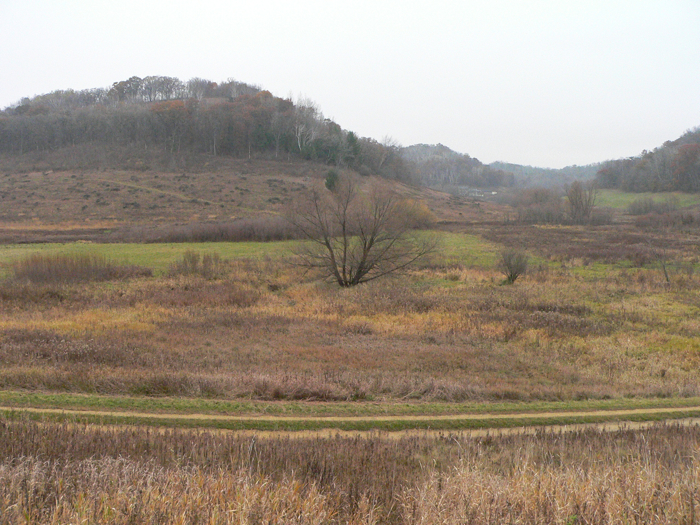 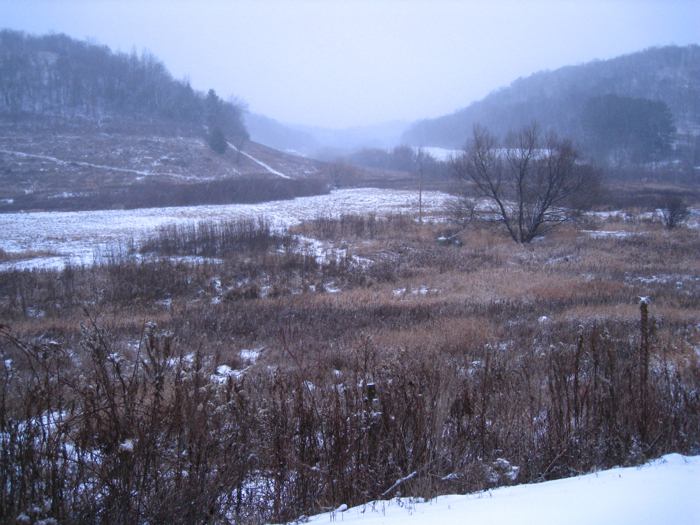