Hidden Oaks Point is a south-facing point, in the north-central part of our land.  It’s quite large, and includes areas of dry prairie, mesic prairie, oak woods, and overgrown savanna.  From the top of the point, there’s a wonderful view across our land. 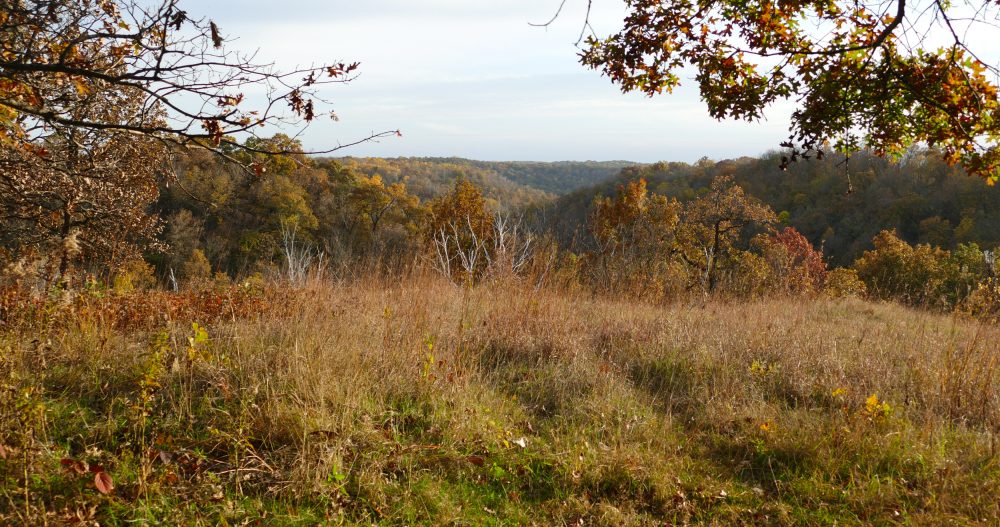 We originally thought of this as one large prairie point, but in the last few years the restored area has become so large that we’ve decided to split it into two: Hidden Oaks Point, and Hidden Oaks Savanna.

This is a detail of the larger aerial that shows the way we’ve divided it.  Hidden Oaks Point is the dry remnant prairie point, along with restored prairie and savanna on the west facing and southeast facing slopes.  Hidden Oaks Savanna is the flatter, northern part of the point – which is now partly restored savanna enclosing a small mesic prairie remnant.

Here’s one of the earliest photos we have of the point – from 2002.  Trees covered nearly the whole hillside except for the two small prairie openings on the top. 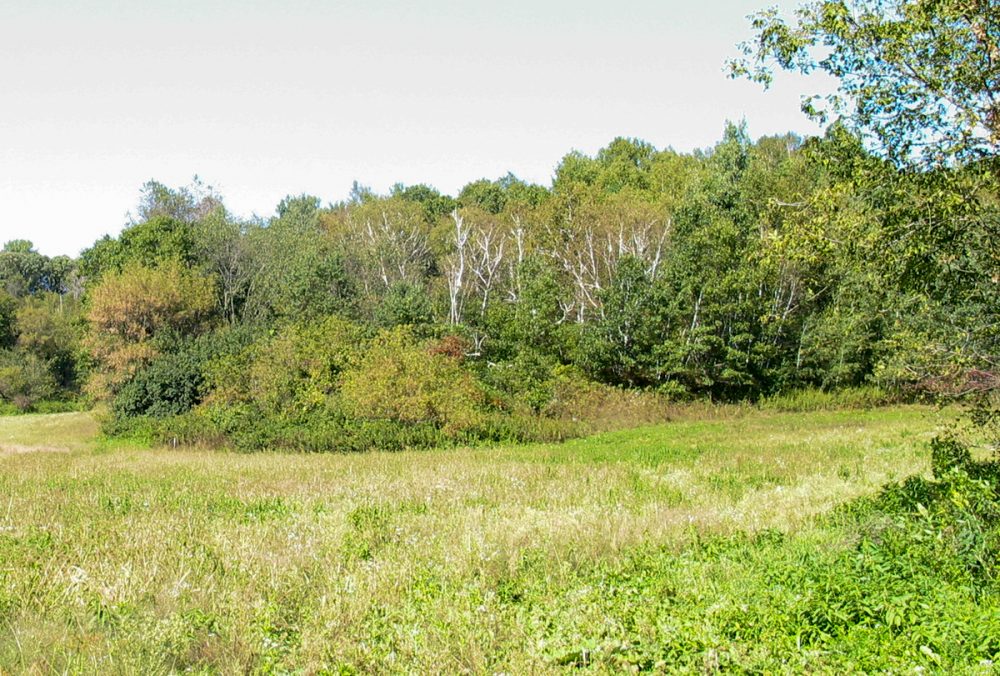 This is the dry prairie at the south end of the point – it was the first prairie we found on our new land.  At first the open area was quite small, with large sumac bushes, and surrounded by invading birches.  We’ve worked to extend the prairie area down the south-facing slopes. 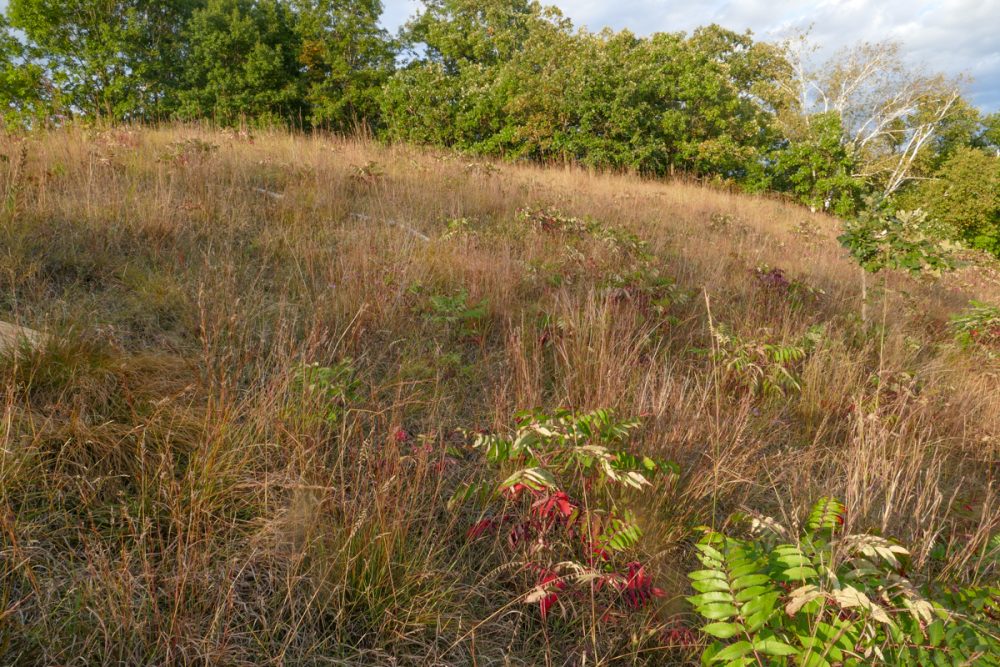 This is the top of the south-west facing slope in the spring of 2016.  I’m slowly working my way down – killing birches and clearing brush as I go.

The south-east facing point was thick woods, but I found prairie plants growing below the trees.  Here it is in 2003. 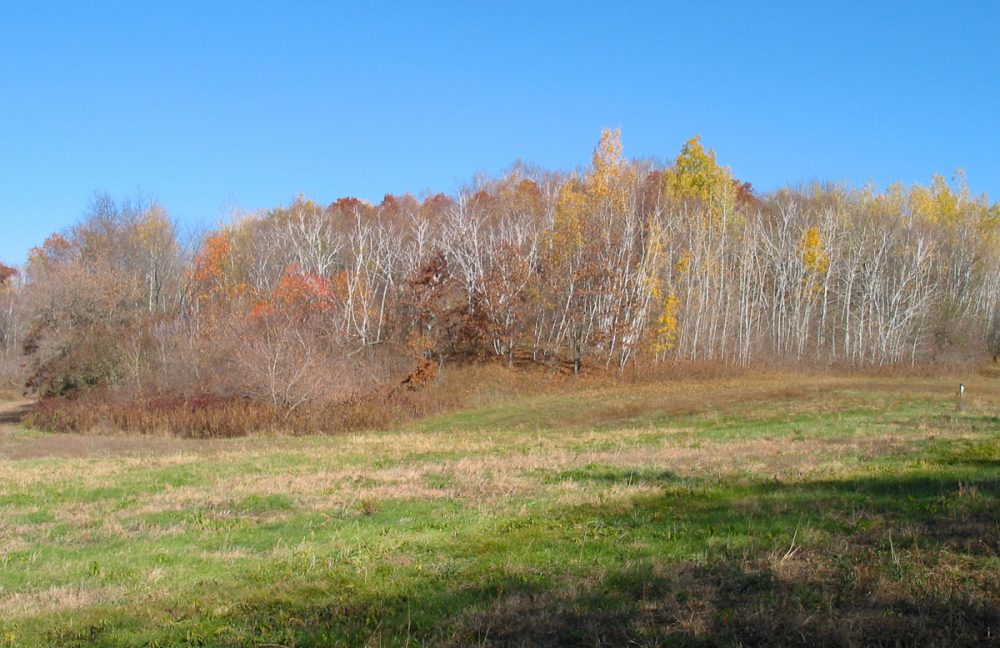 Over the years we’ve worked to kill aspen and birch, and remove the small trees and brush from that slope.  Here it is after a big fall clearing project in 2015. 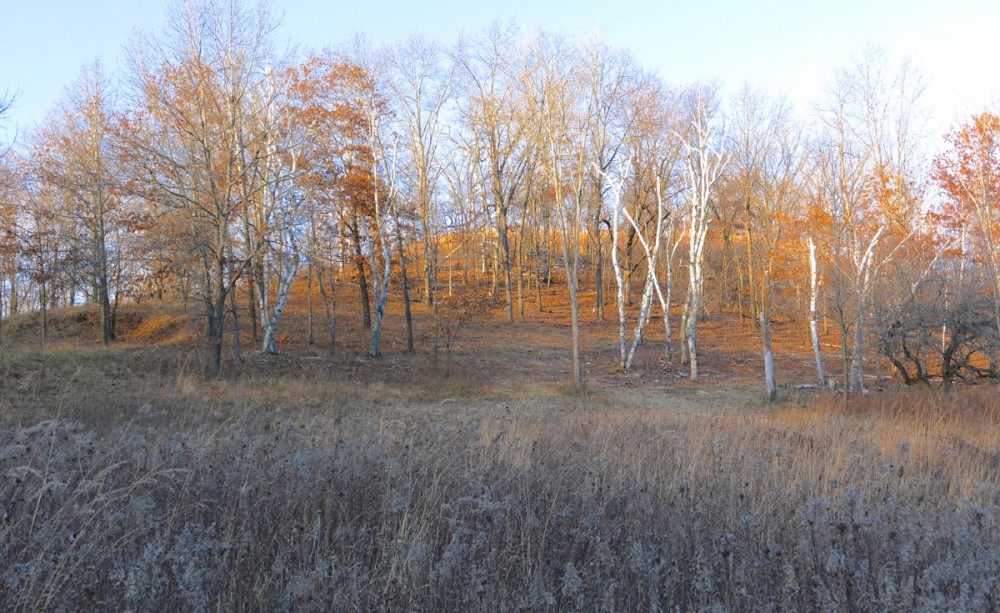 In January of 2017 we hired some folks to clear out most of the larger trees, leaving just the largest oaks.  Here it is right after they finished.  We asked them to just cut, and leave the slash. 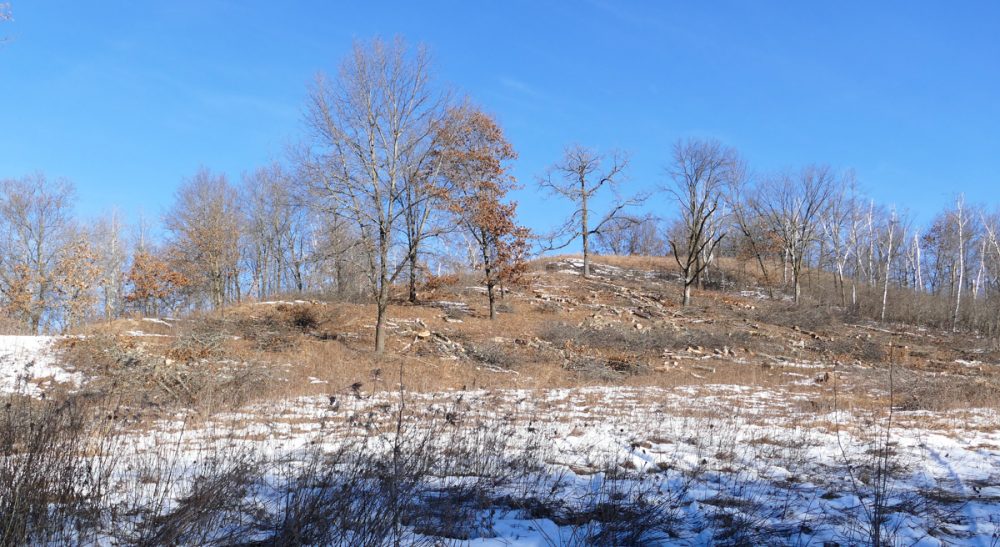 Mike and I cleared all the slash from their work, and here’s the point the following summer – starting to heal. 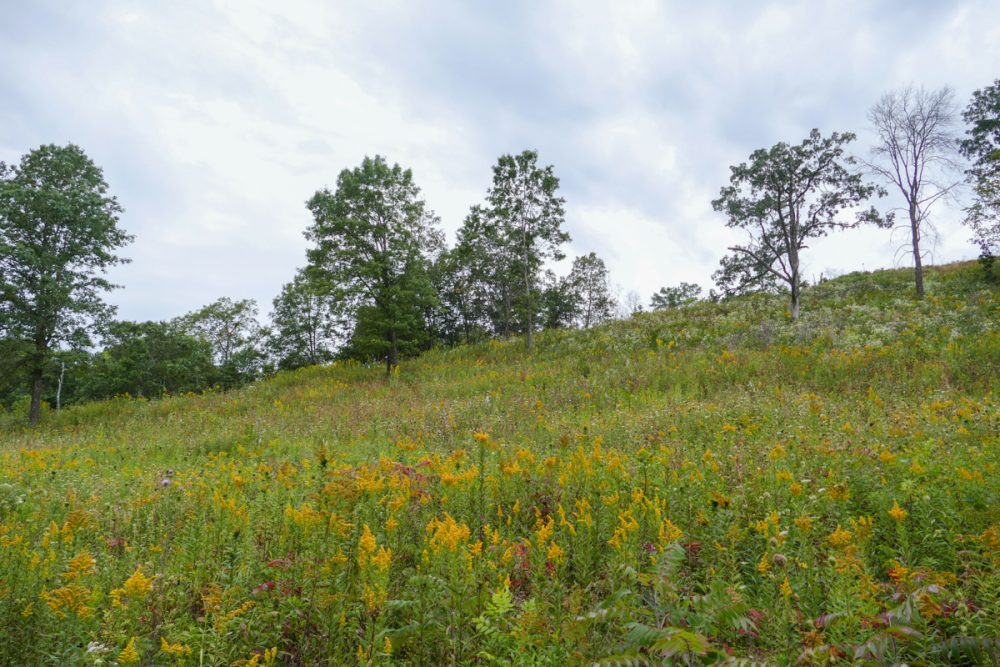 This is standing on the dry prairie point,  looking back into Hidden Oaks Savanna – after our first try at savanna restoration in 2004. 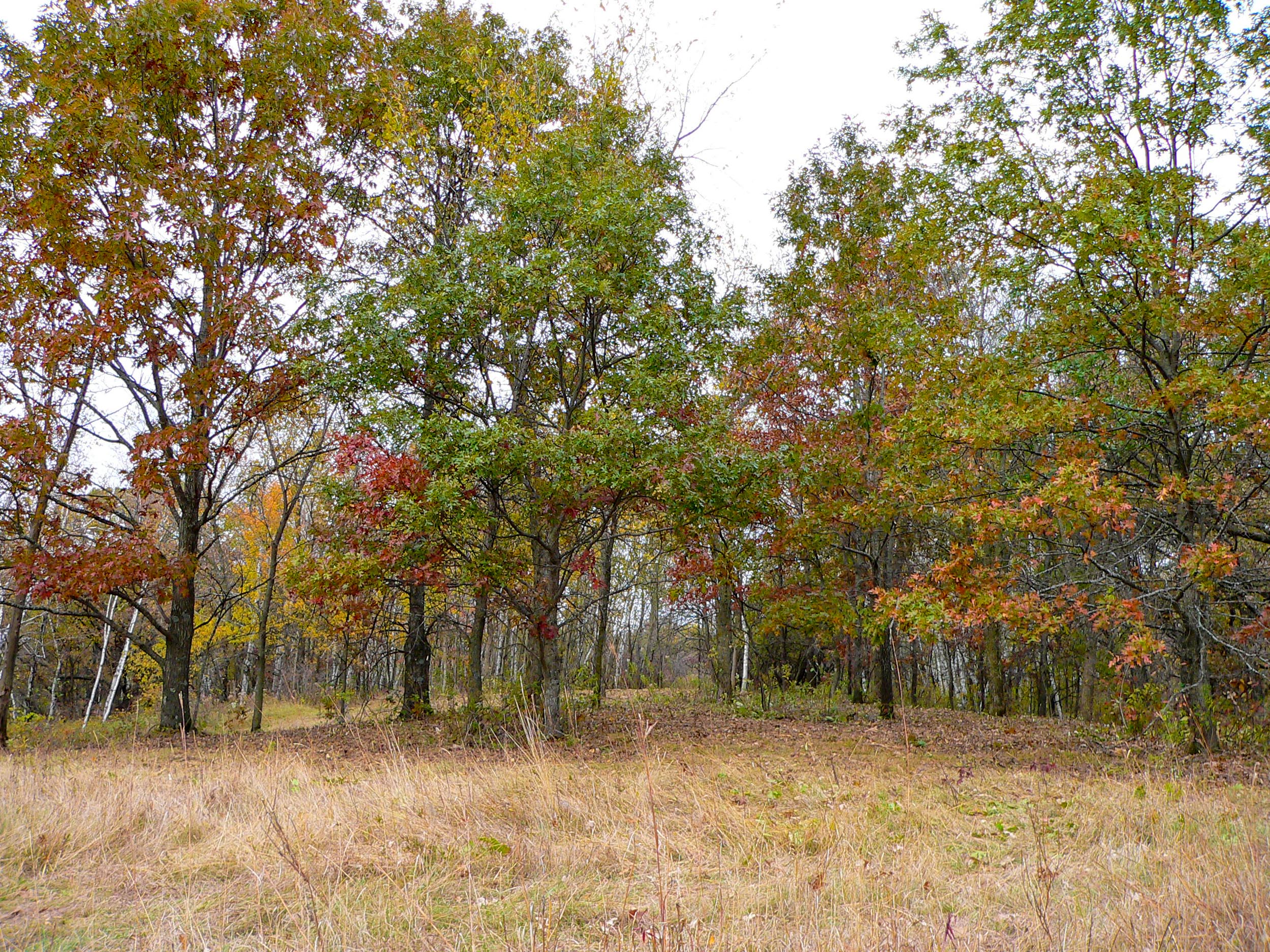 Click Here to see the list of plant species I’ve found on the prairie and the surrounding savanna remnants.