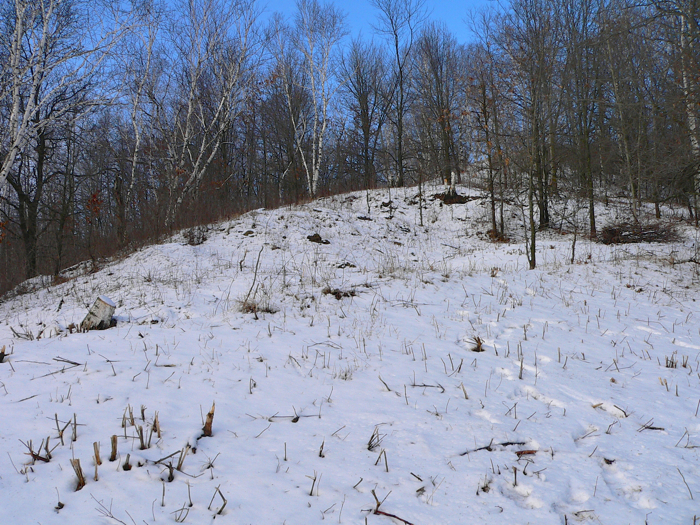 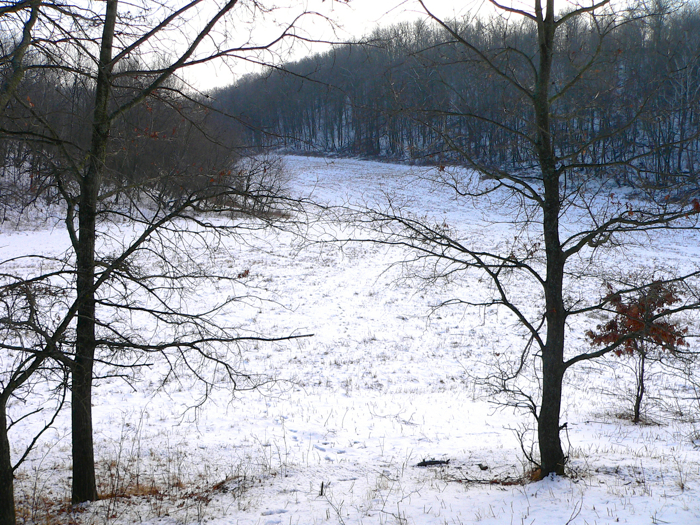 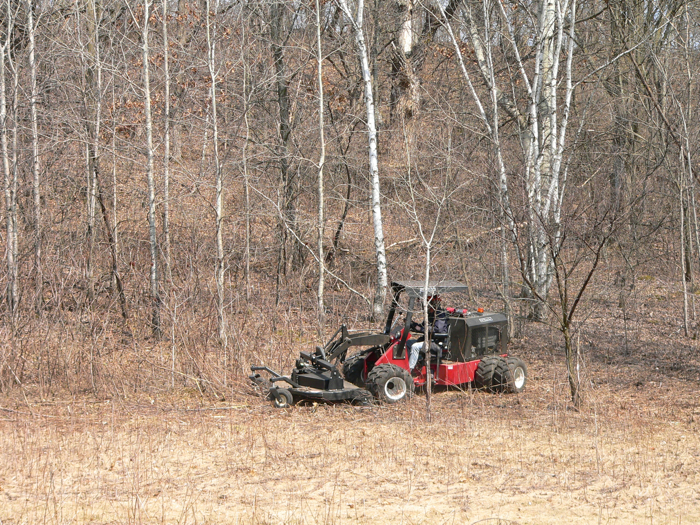 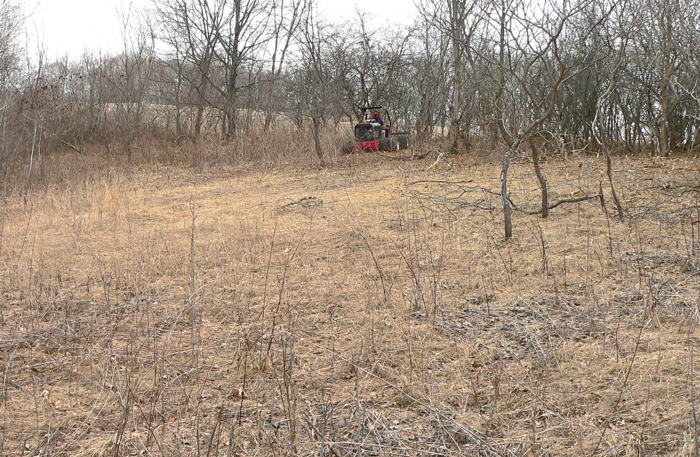 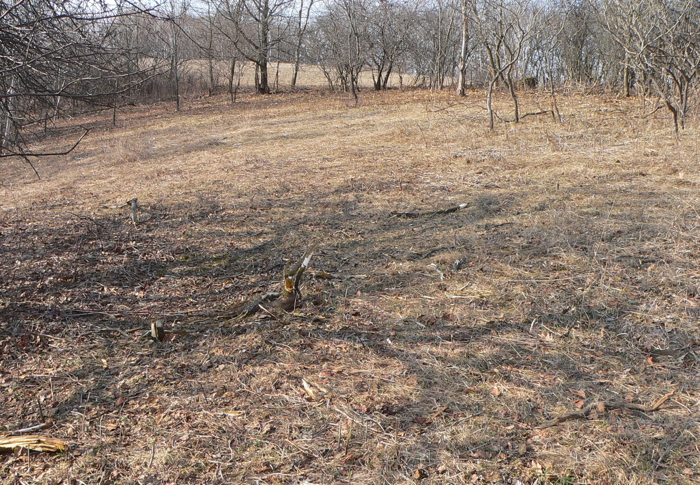 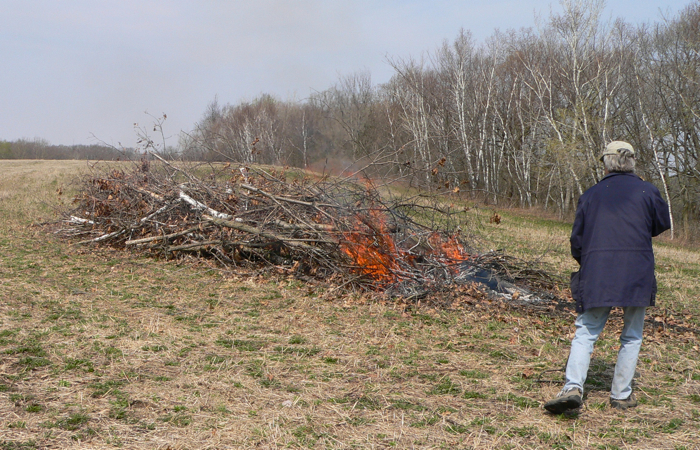 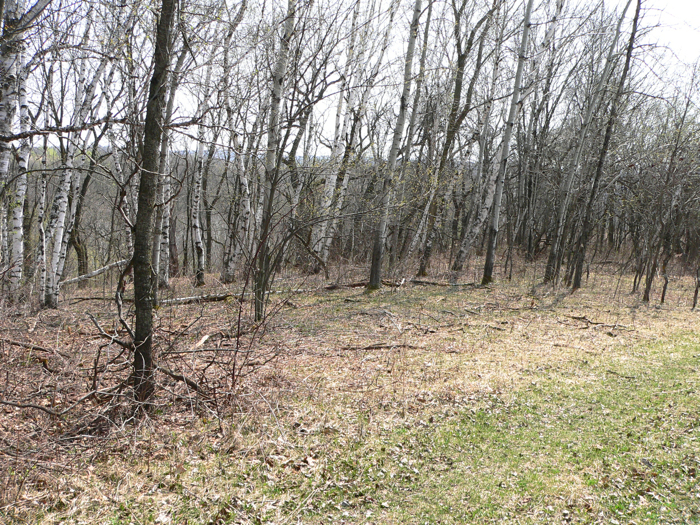 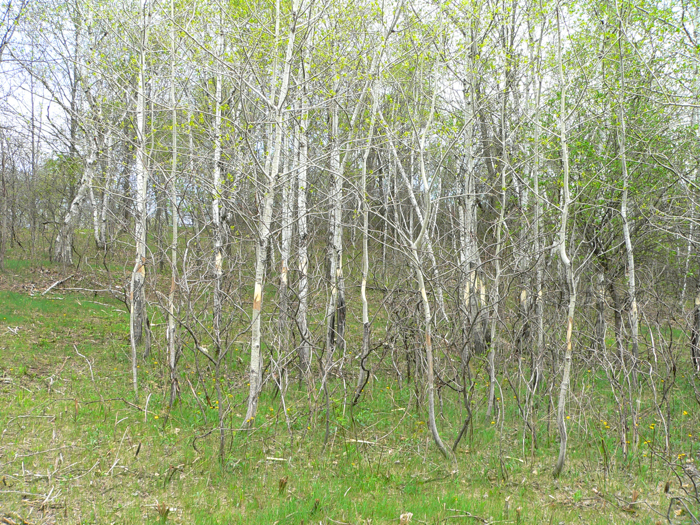 I found this Gray Tree Frog one day when I was girdling aspens.  It watched me, but didn’t want its picture taken.  Every time I would point the camera its way, it would slide around the branch.  It took a while to trick it into being in the right place to snap the photo. 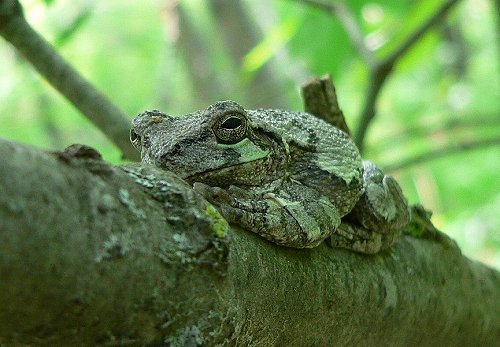 5/29/2005   The west-facing slope of the prairie in May.  There’s lots of prairie, but also lots of brush – sumac, prickly ash, and white birch.  Hoary Puccoon and Blue-eyed Grass blooming under the sumac. 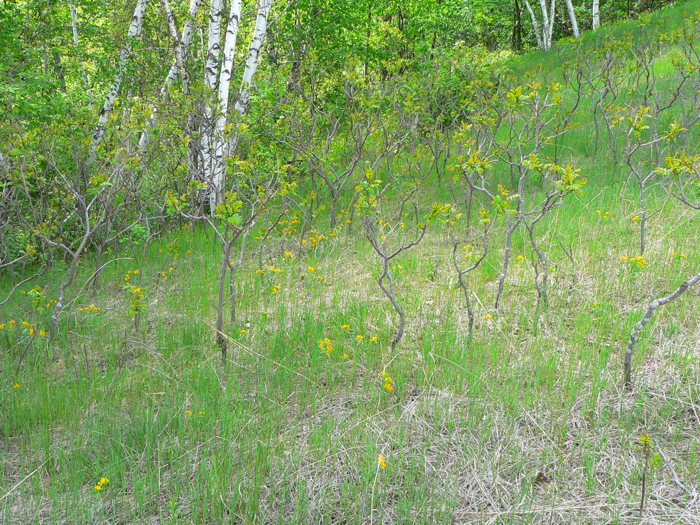 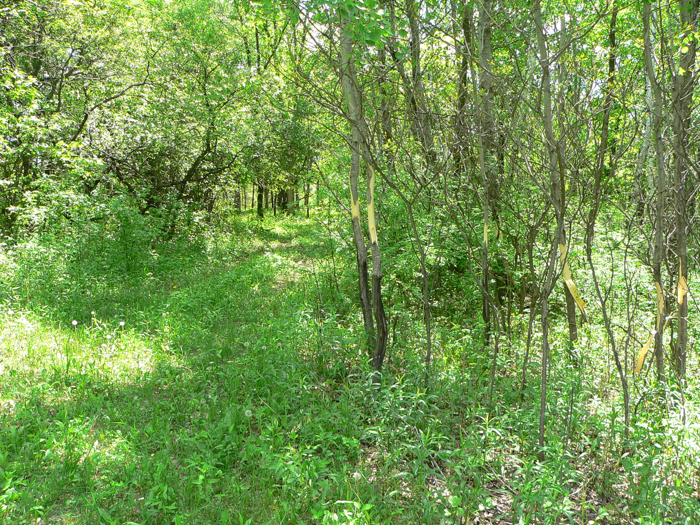 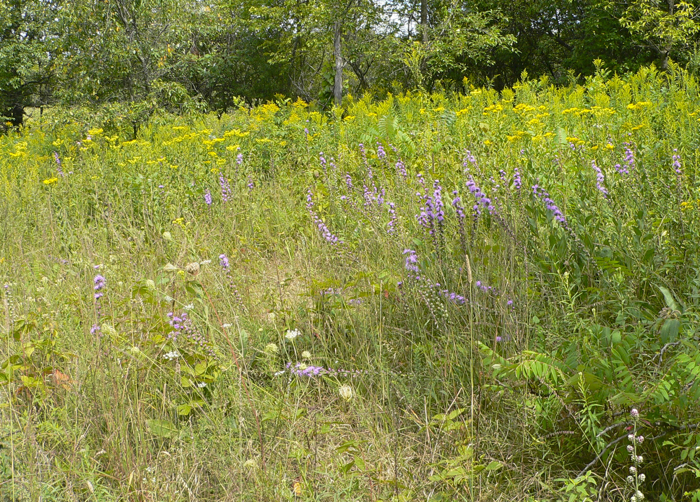 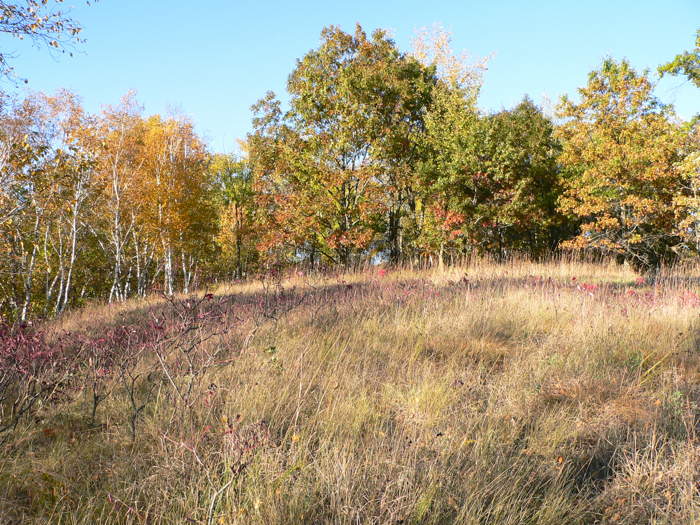 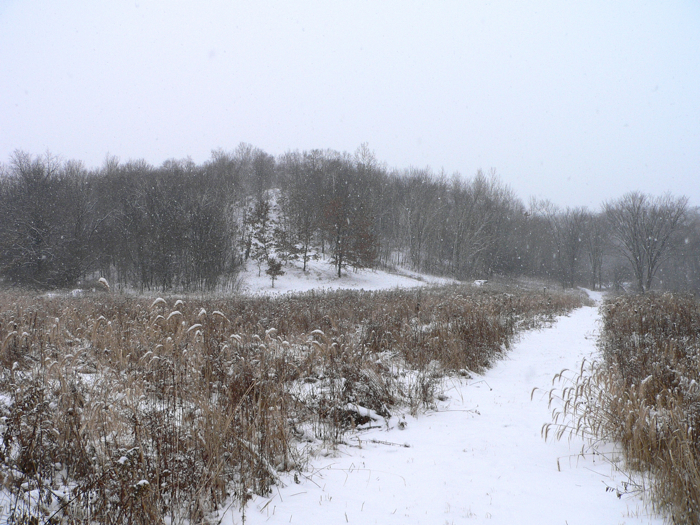 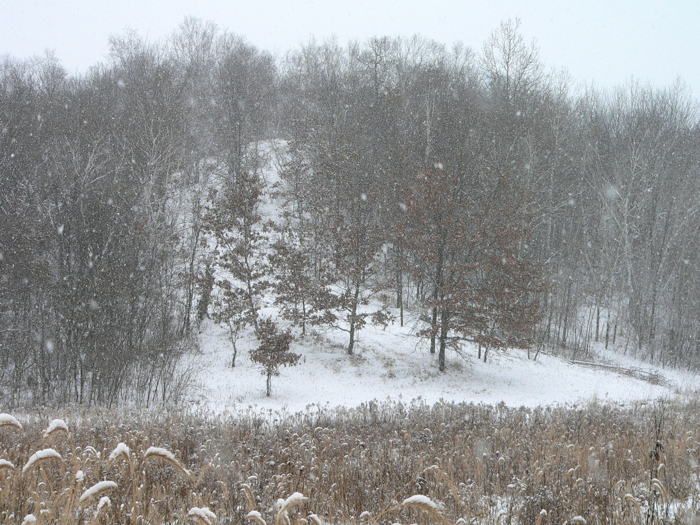 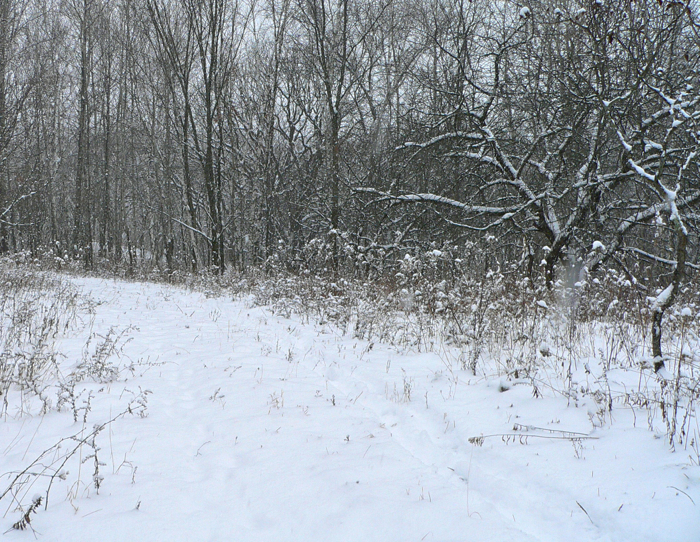