Center Valley was the first area we planted into prairie.  We planted about 16 acres that year – the winter of 2000/2001 – the two sides of Center Valley, and the front of the hill that has Big View Prairie at the top (Pine Point Prairie).

East Center Valley is the east side of the Center Valley – to the right of the line of trees in the middle of this photo.  When we bought the land, all the fields were planted in soybeans.  This is the way it looked that summer – the summer of 2000.

Here’s a photo taken with the drone in 2016 that shows Center Valley, with our house at the north end.  East Center Valley Prairie is on the right, to the right of the driveway.  The line of trees down the center of the valley is an intermittent stream bed that only has water in it when snow is melting or after a big rainstorm.  To the left of the line of trees is Pat’s Prairie. 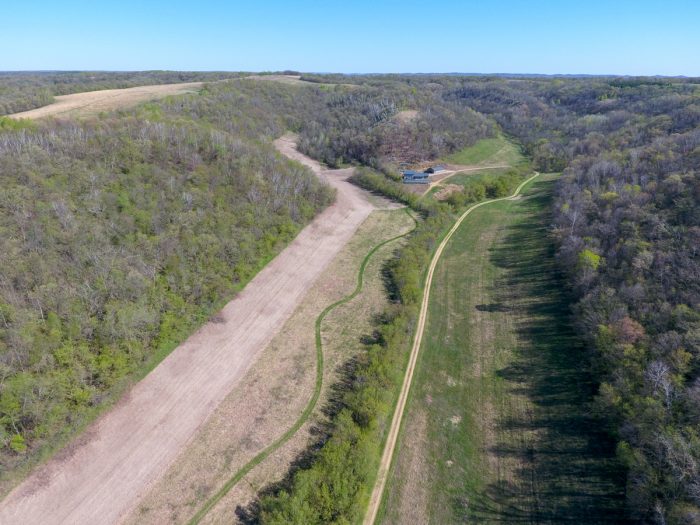 We had never planted a prairie before, but we decided to try it.  So that winter, the winter of 2000/2001, we planted the lower fields – the soybean fields – with prairie seeds.

Here we are – the very first day of planting – not knowing a thing about what we were getting in to. 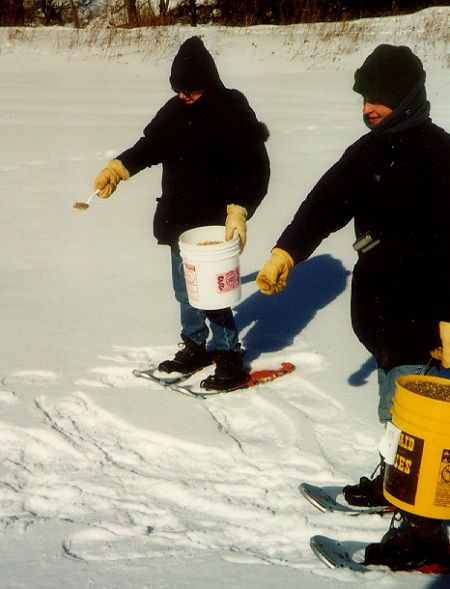 But in spite of our inexperience, the prairie has thrived – here it is in August 2017. 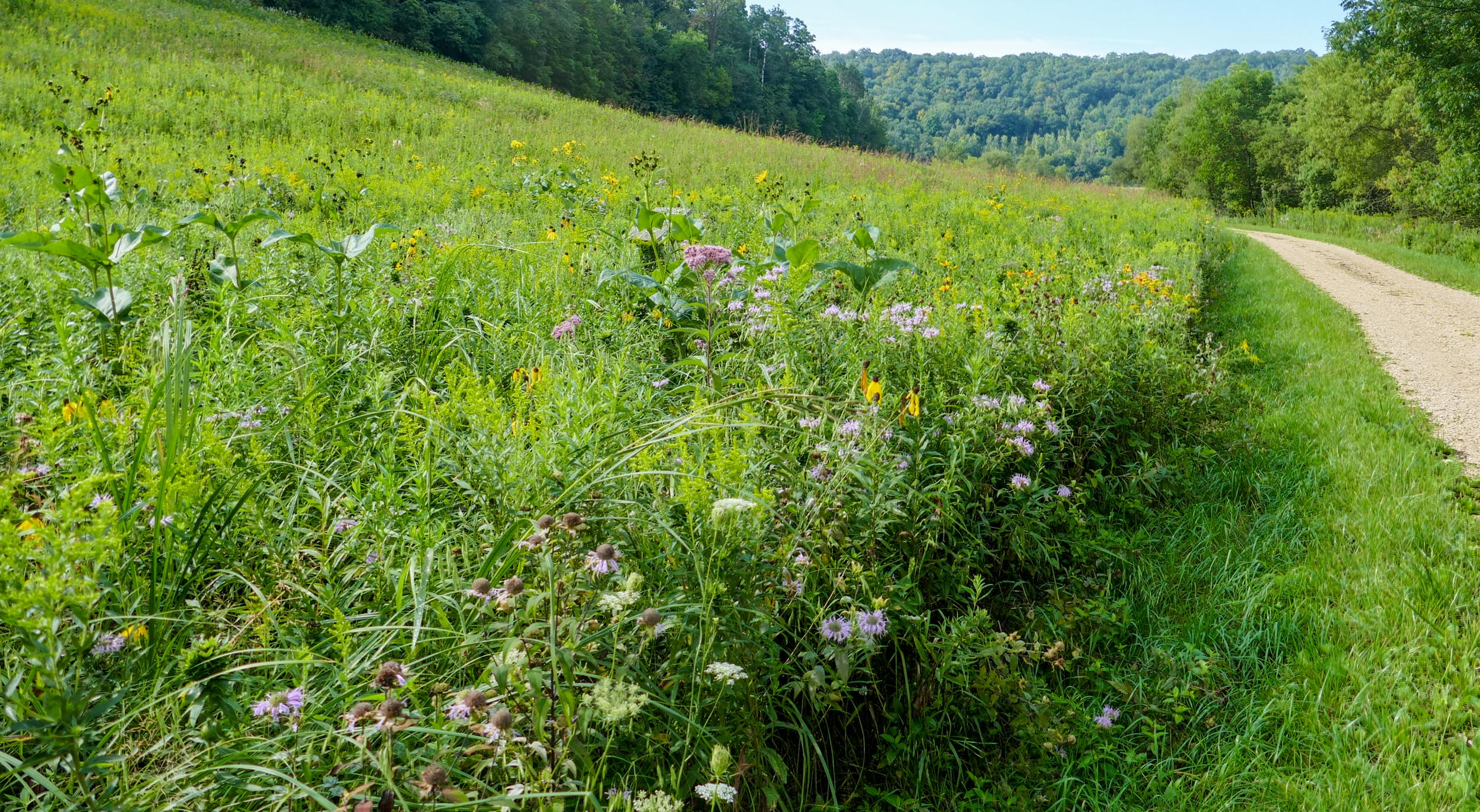 This is a list of the seeds we planted, and which ones I’ve observed growing in the prairie in subsequent years.

In 2009 we decided to start working on the upper prairie – the half of the hillside that’s above the earlier planting, below the line of the woods.  We mowed, and seeded and sprayed and burned – trying all the restoration techniques we could think of.  This is at the very beginning – September of 2009 when Mike mowed it in preparation for winter seeding. 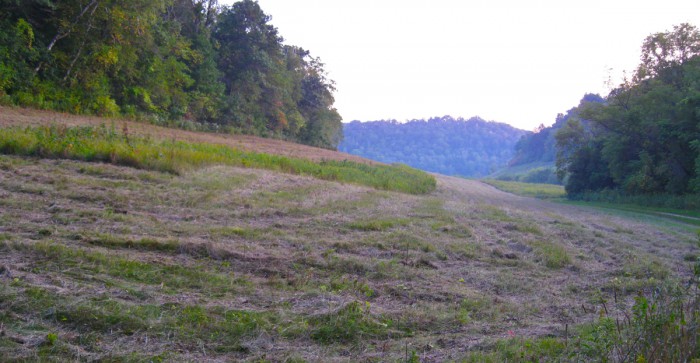 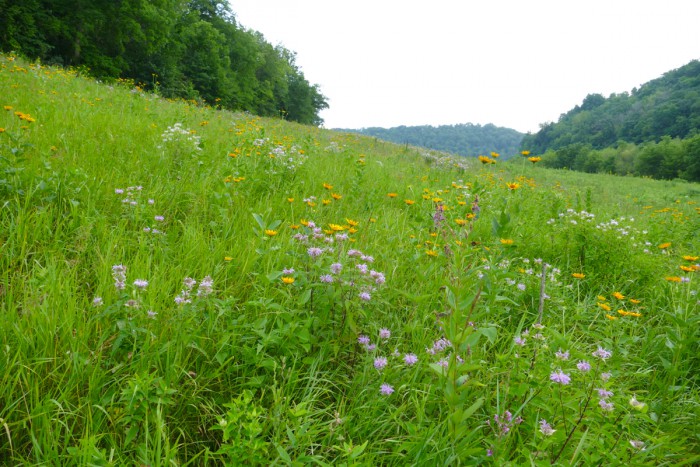 This is a photo that we got from Steve Rutschow, who grew up on this farm.  It shows hay being cut in East Center Valley in July of 1958. 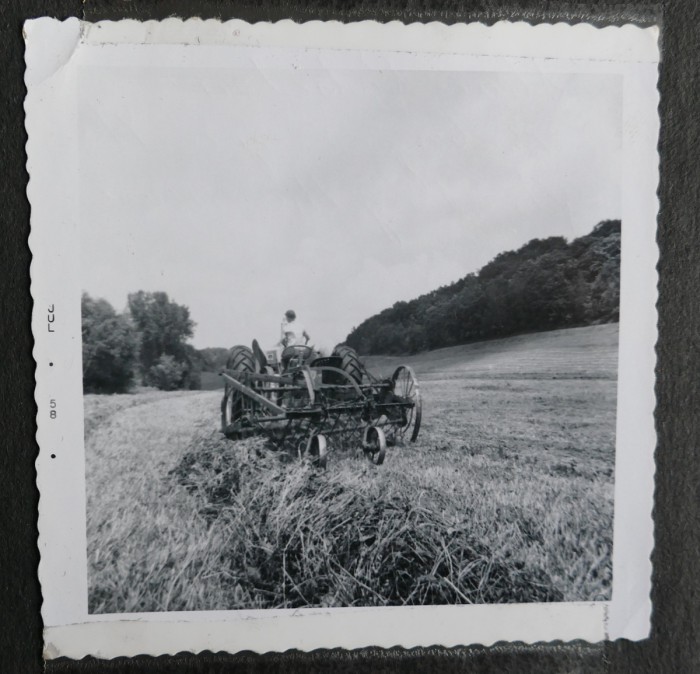 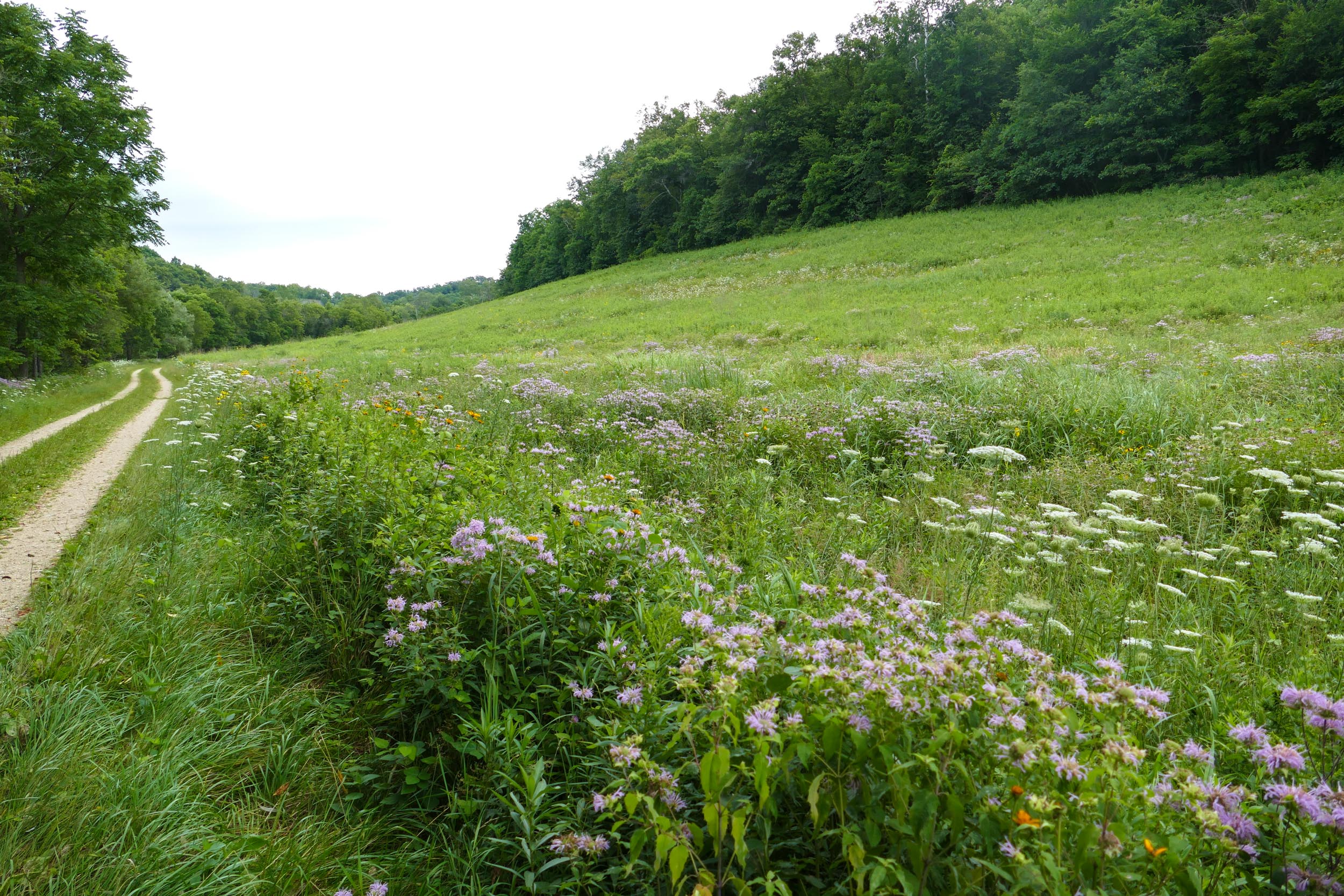