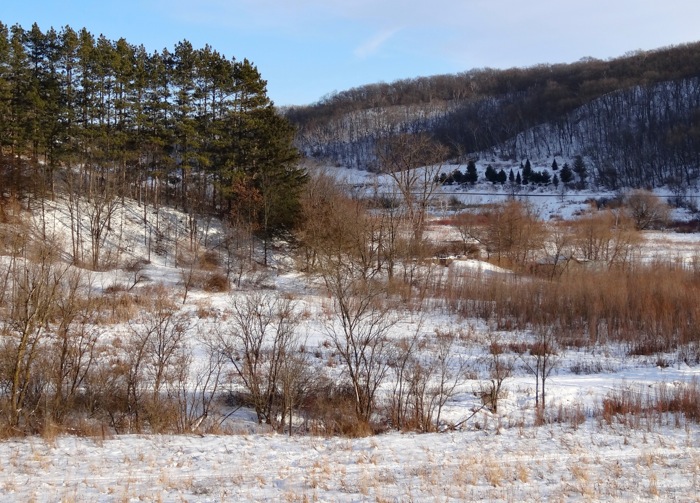 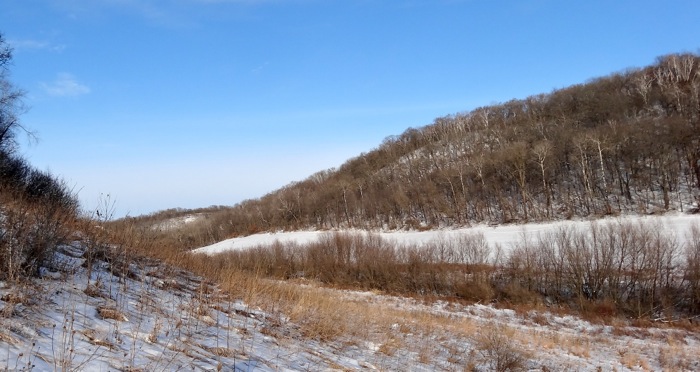 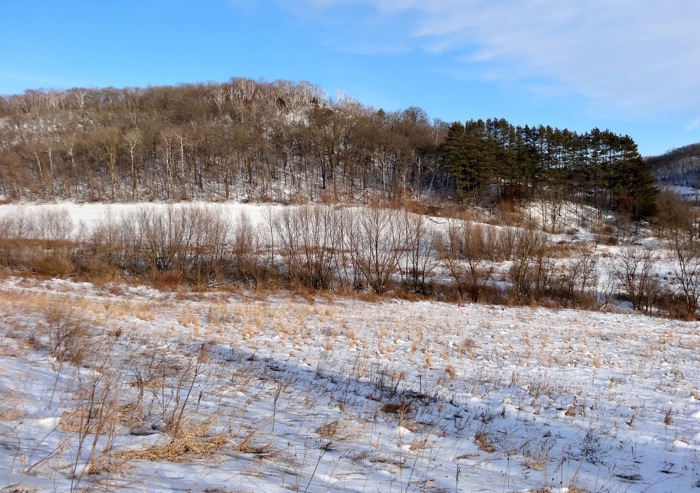 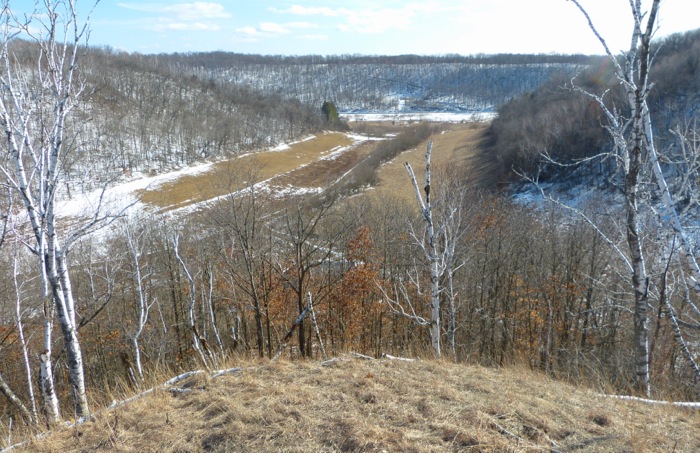 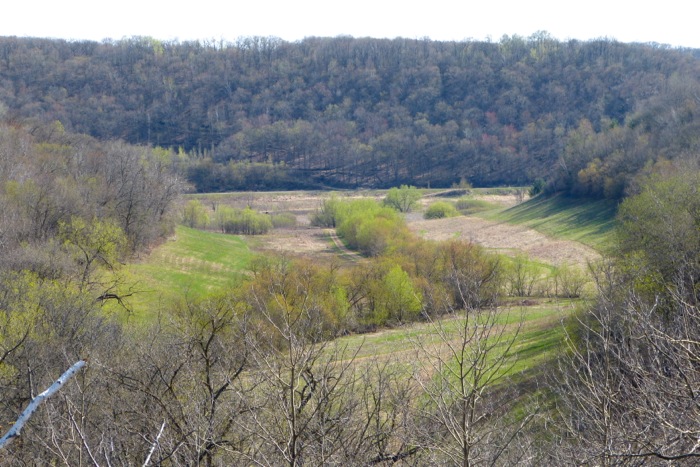 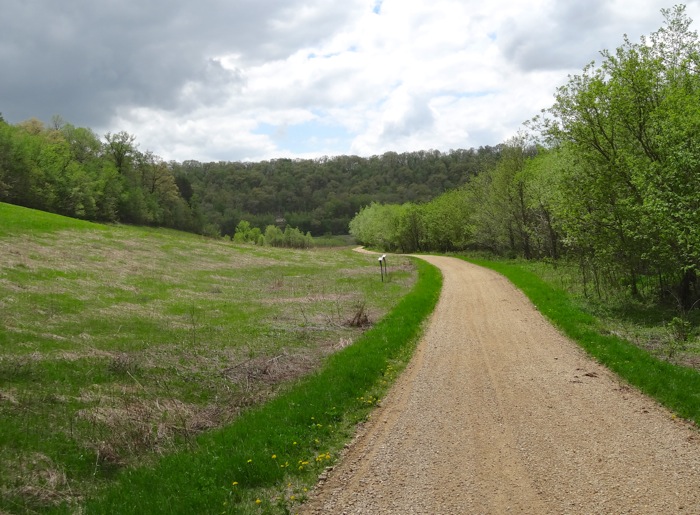 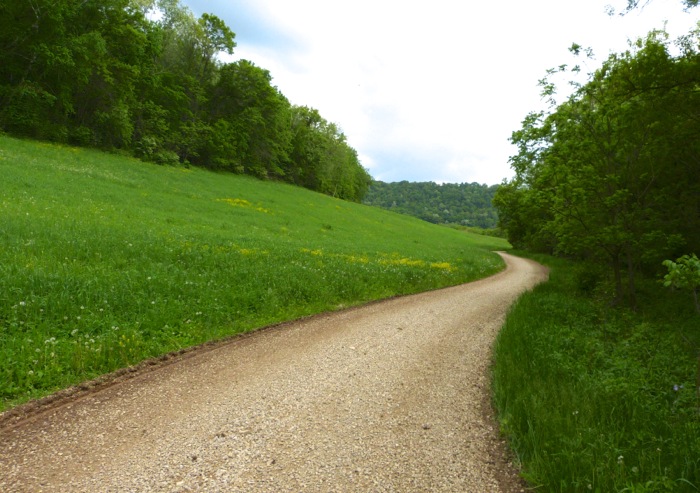 6/21/2013  The parking area actually looks better this year.  There are lots of annual weeds, but no smooth brome, and there are native thistles poking up from the grass. 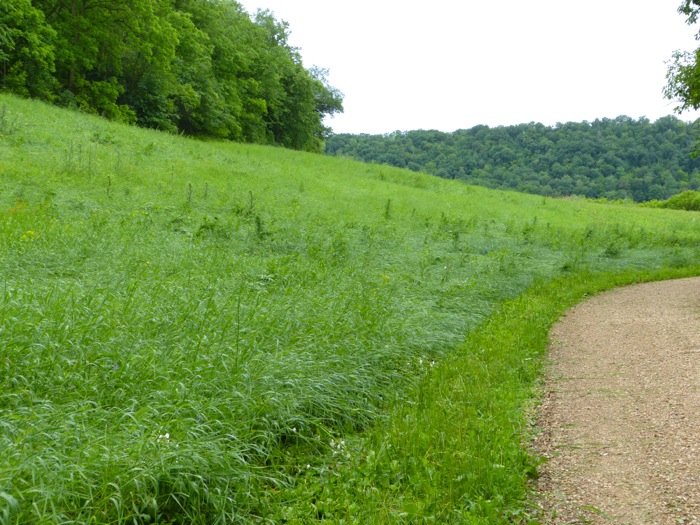 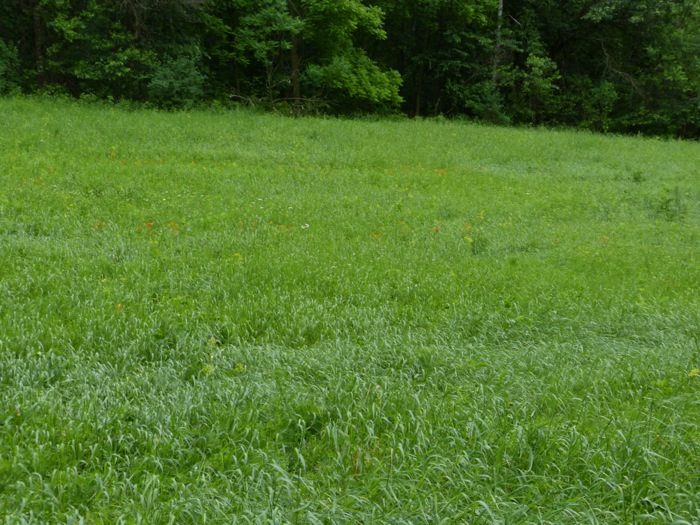 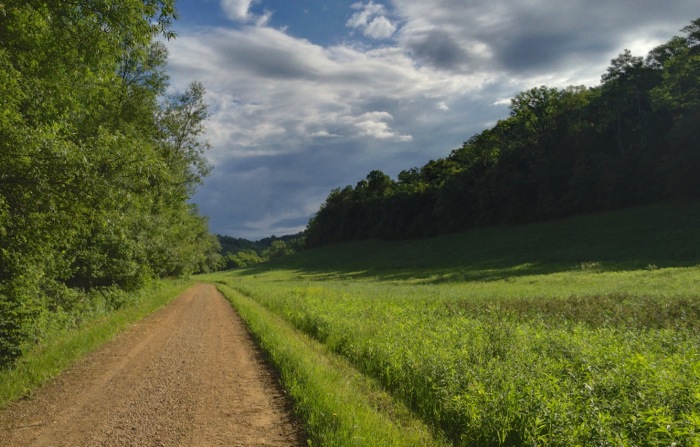 7/26/2013  For the first time, the upper field looks pretty good.  It has plenty of Queen Anne’s Lace, but there are lots of natives too. 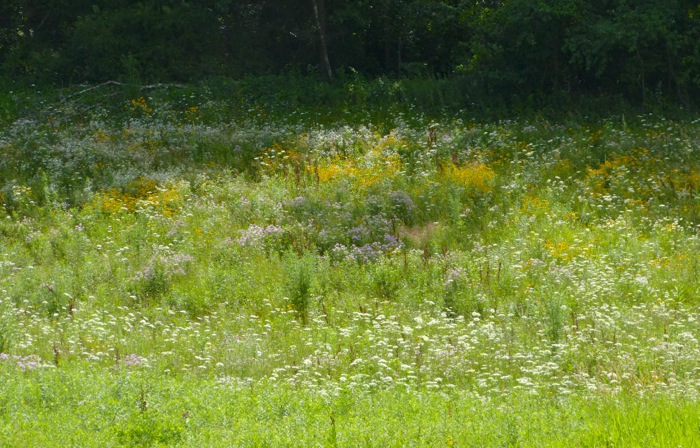 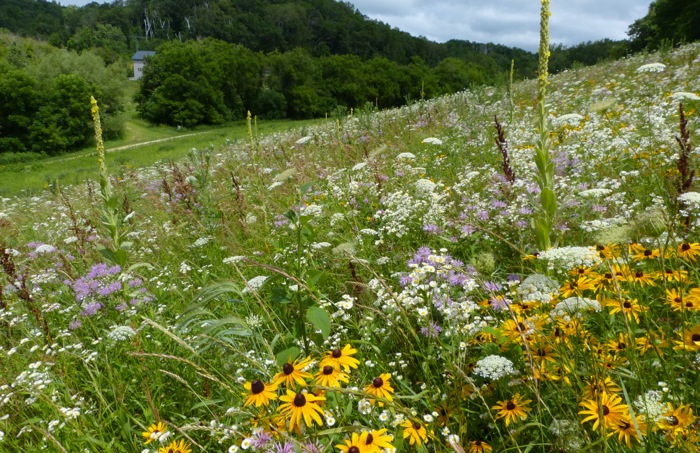 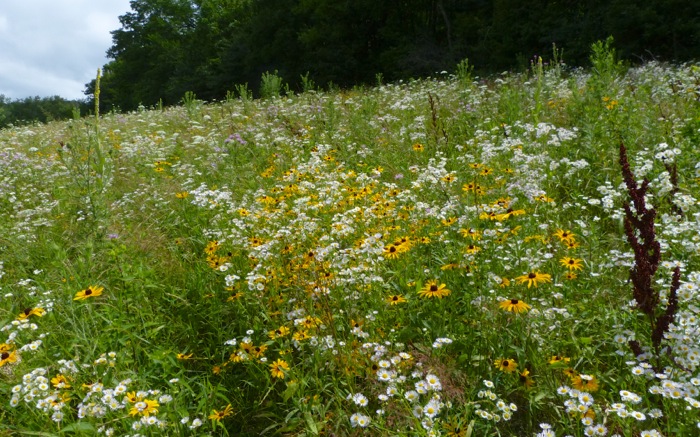 7/28/2013  The parking area looked pretty good too, except that there’s a thick layer of non-native annual grasses. 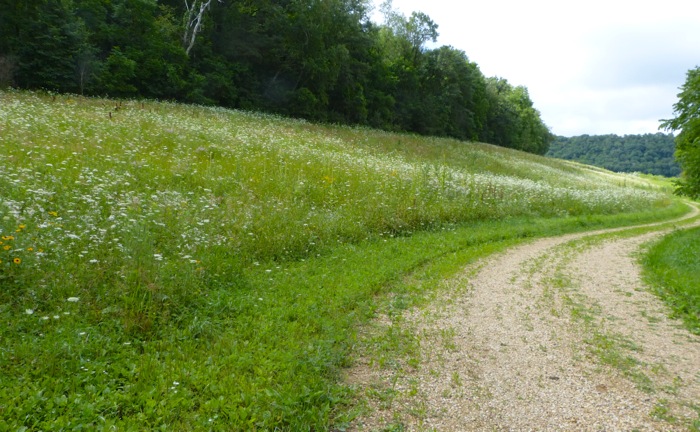 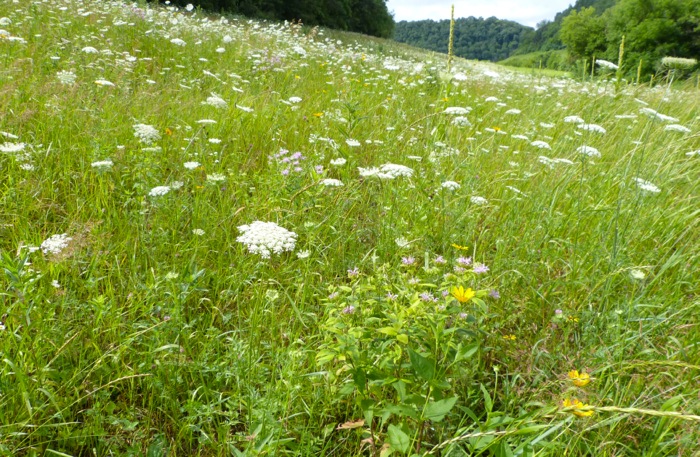 8/19/2013  We mowed a fire-break so that, if the weather cooperates, we can burn the parking area to get rid of the thick layer of grassy thatch. 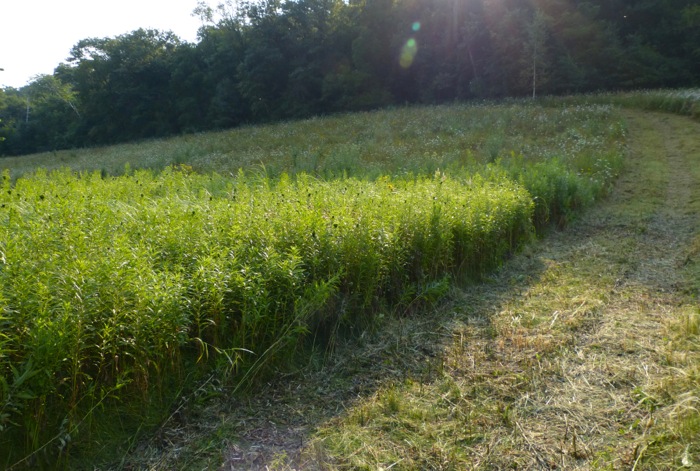 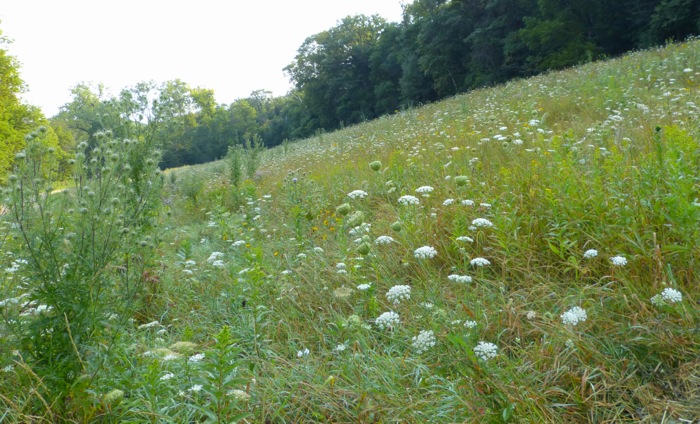 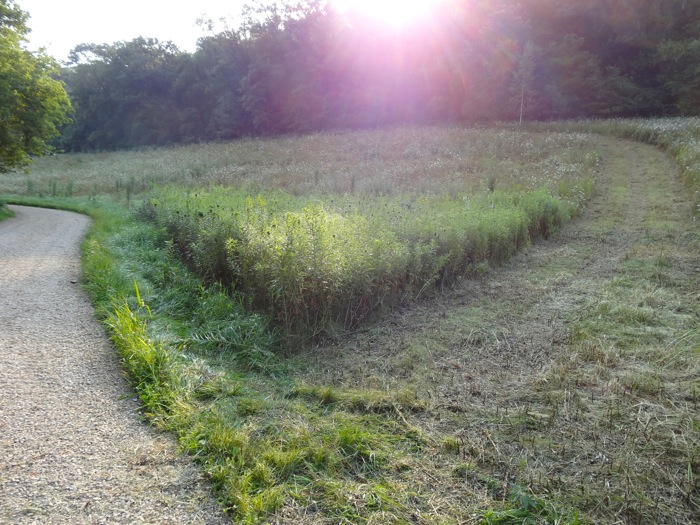