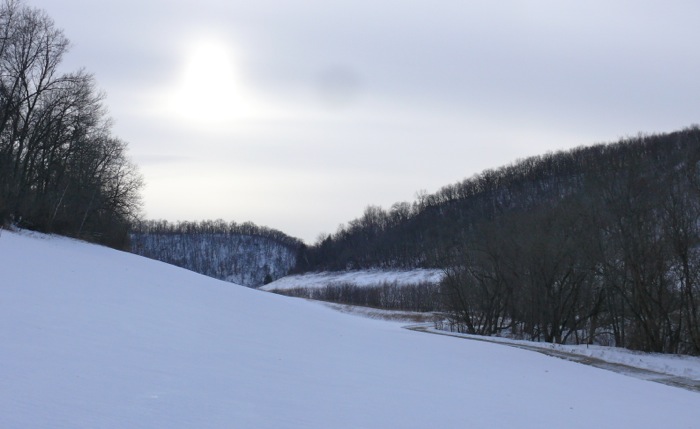 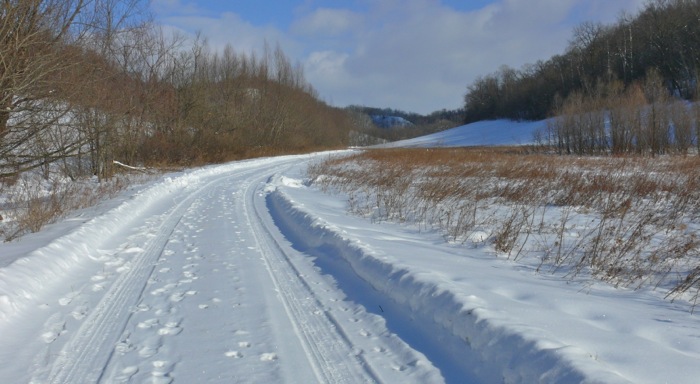 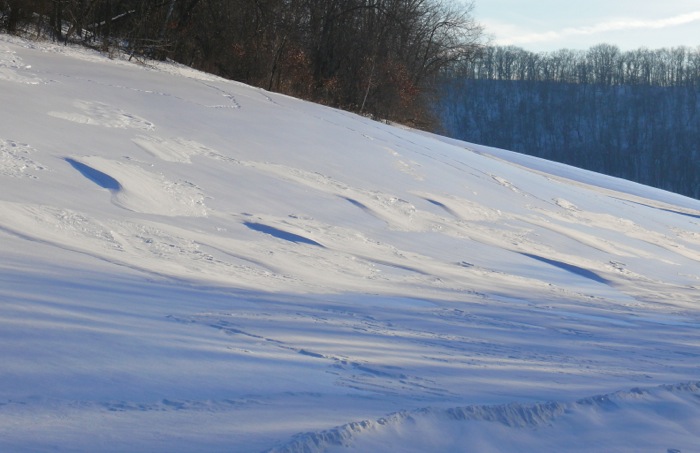 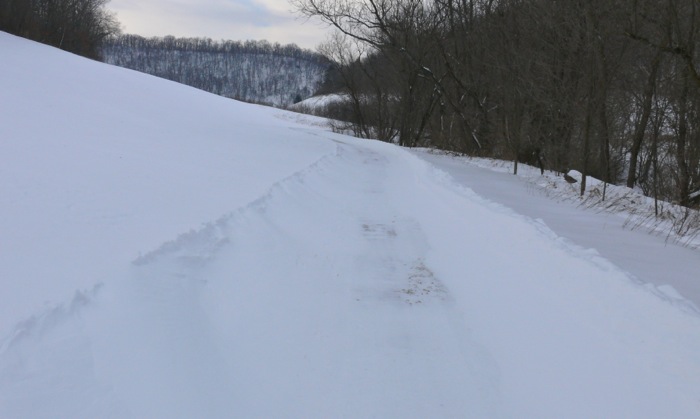 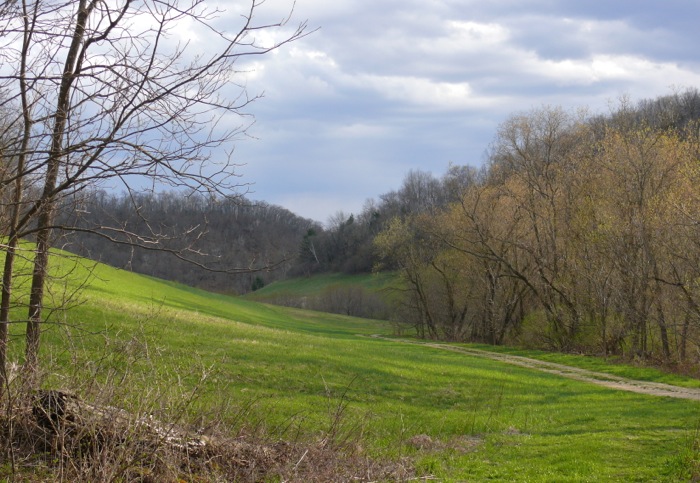 5/28/2011  I was pretty concerned about how thick the Smooth Brome Grass was growing in the upper prairie.  It was difficult to see any prairie plants, and I was afraid they would never be able to push their way through the grass.  So I sprayed a small rectangle with roundup in the early spring – hoping to kill the non-native cool season grass, but not harm the natives.  It worked pretty well.  The Brome Grass died, and the plants coming up through the dead thatch were mostly natives (and dandelions). 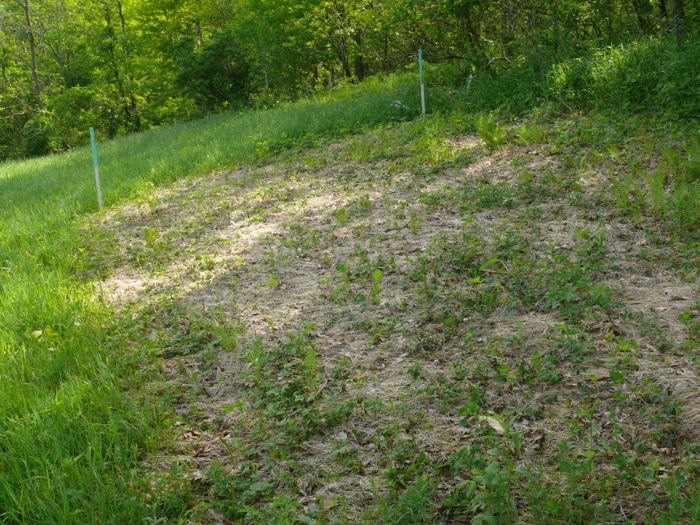 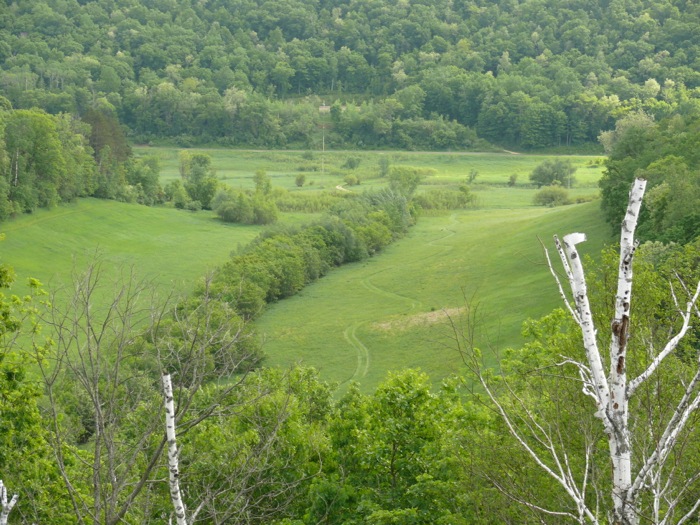 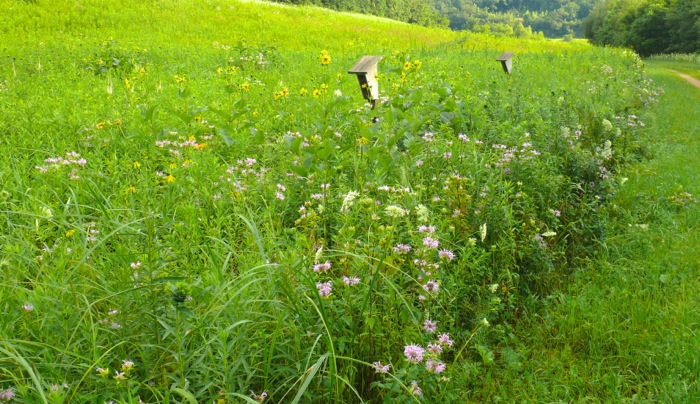 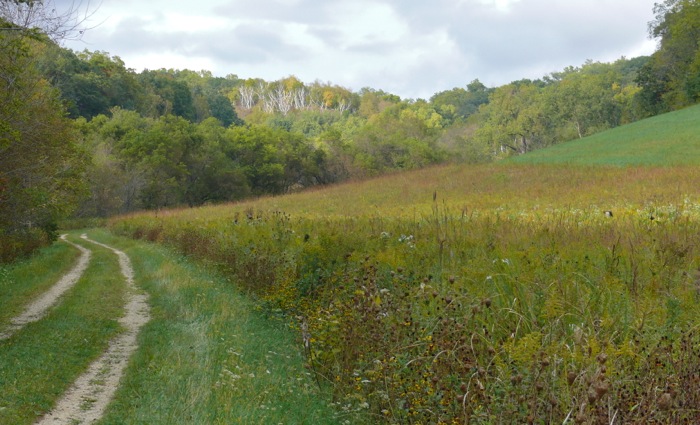 10/3/2011   Since my small spraying experiment was successful at killing the brome grass, we decided to have someone come to spray the rest of the field.  He arrived with the biggest sprayer we’d ever seen.  It was almost wide enough to do the whole prairie in one pass.  The only place where he had trouble was the steepest part of the slope.  He had to turn and come down suddenly to keep from rolling over, and he made some deep ruts in the dirt.  (Over the winter I scattered more seeds in those spots, and they seem to be healing.) 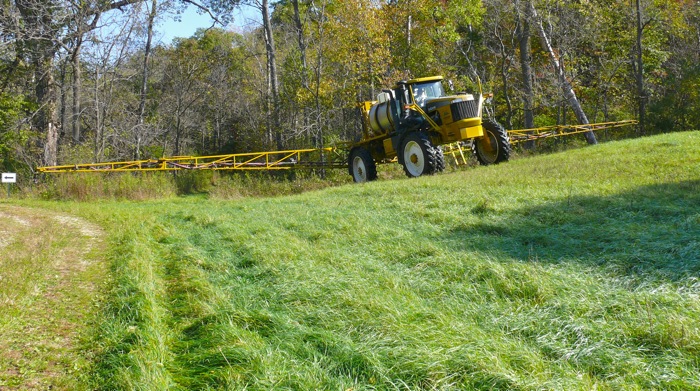 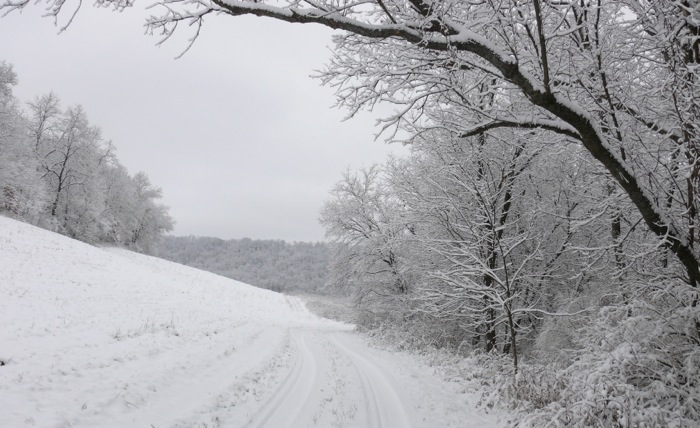