This is Center Valley in March 2003, looking north to our new house.  East Center Valley is on the right.  Most of what can be seen here is the old field along the edge of the woods. 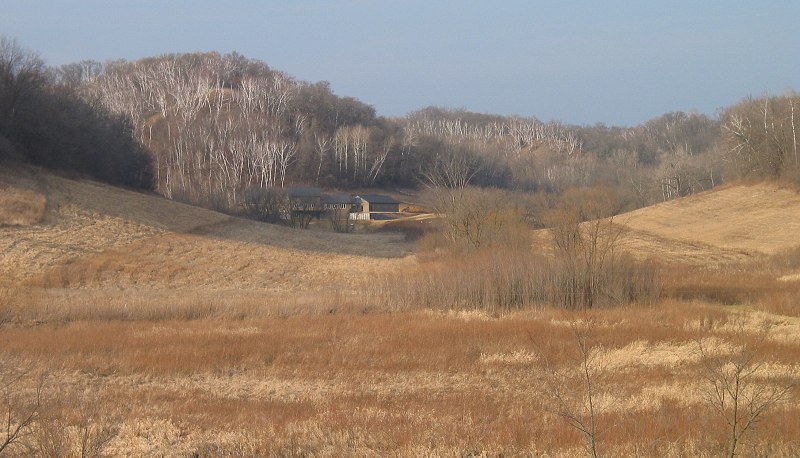 We didn’t mow this prairie at all this year because we plan to try burning it in the fall. It’s the  3rd summer, and that’s supposed to be a good time to start burning. We still have some weed problems – there’s a lot of Queen Anne’s Lace (Daucus carota), and a large area of Curly Dock (Rumex crispus) but it looks much more like a prairie. 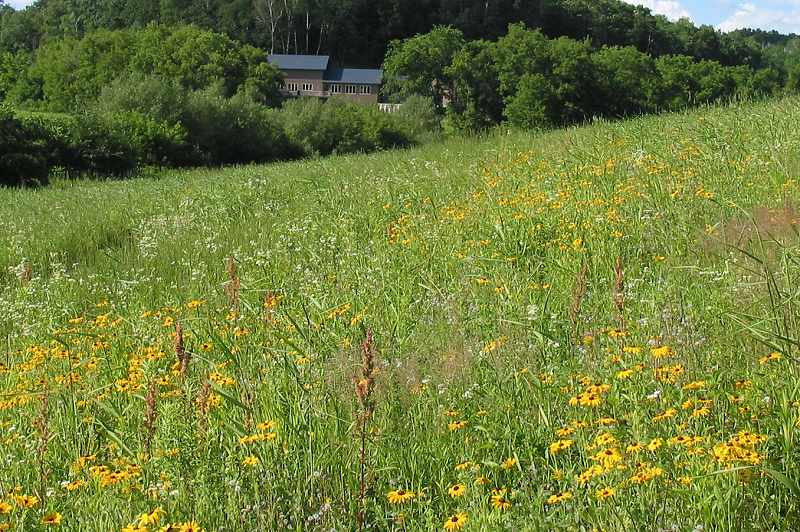 The dominant plant this year is Canada Wild Rye (Elymus canadensis). In some areas it’s even difficult to see the flowers because there’s so much Wild Rye. 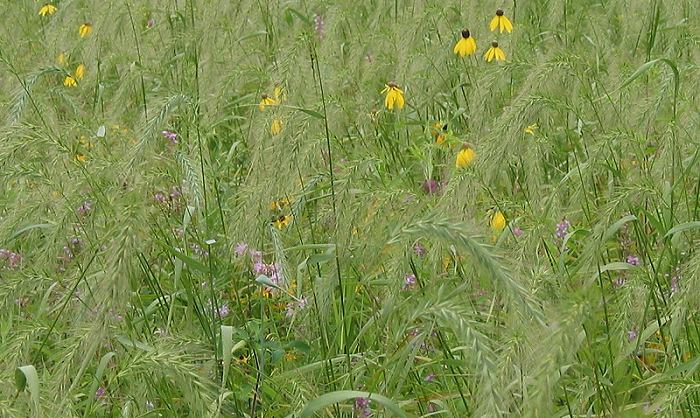 Wild Rye is commonly recommended as a cover crop to fill in until slower growing prairie plants can take over. It will be interesting to see what happens – Mark Martin, of the Wisconsin DNR says the Wild Rye will mostly disappear after 4 or 5 years. Still, I think I’ll plant less Wild Rye in future prairies. 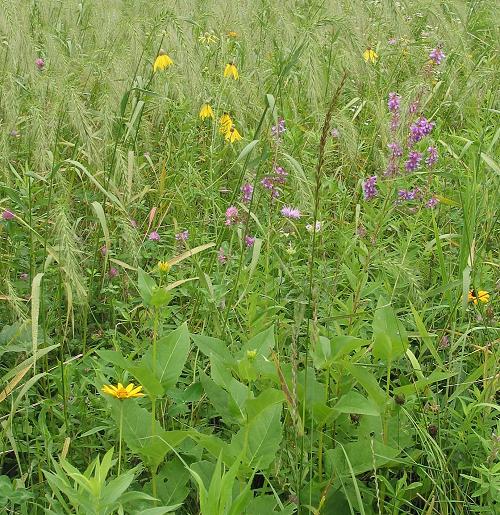 At the end of August Mike mowed fire breaks into East Center Valley, and on November 8th, we tried a burn.

It turned out to be more difficult that we expected. We were using a drip torch for the first time, so it took us a while to figure out the best way to light it. And it was fairly humid and there wasn’t much wind so we just couldn’t get the fire started.

The next day Jackie and Dan came over to help and we were much more successful. We realized that the higher part of the prairie was much drier, and burned better. Once we got going everything worked perfectly. We did small sections and burned with the wind back into the black already burned areas. Each burn was good and hot and moved fast, but it was very controlled and stopped as soon as it got to the burned edge or the firebreak. We did some of the lower wetter area, but it was harder and not as much fun. We got about half the prairie burned that day. 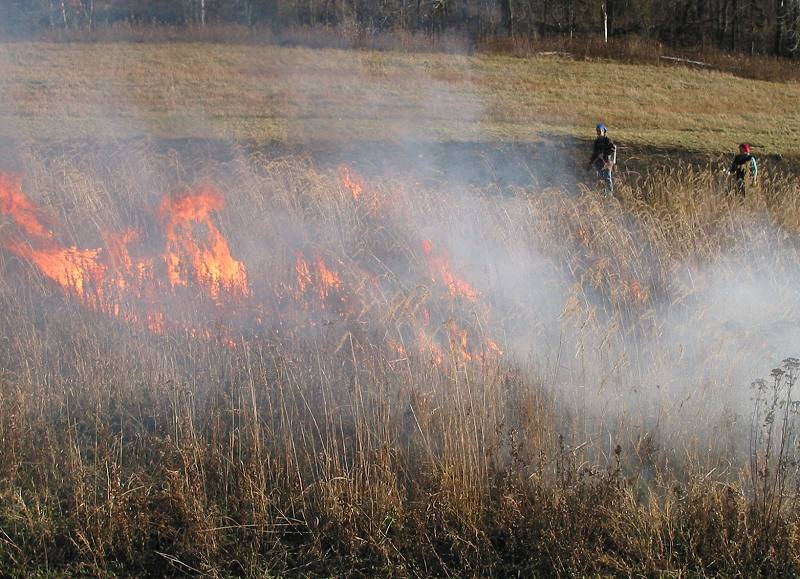