Pine Point is a south-facing point, with a field – now a planted prairie – at the bottom, and a large remnant – Big View Prairie – at the top.  When we bought the land in 2000, there was a pine plantation – rows of planted Red and White Pines – across the middle – below the remnant and above the field. 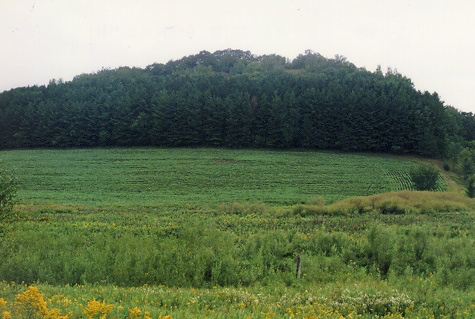 We planted the field with prairie seeds as part of our 2000/2001 planting – along with Center Valley.   We planted dry prairie plants in the upper part of the slope, and wetland plants in the lower area.

In 2001 we decided to get rid of the pines, so we hired a logger to get them out.  He made a huge mess – driving across the prairie with heavy machines when the temperature was above freezing. 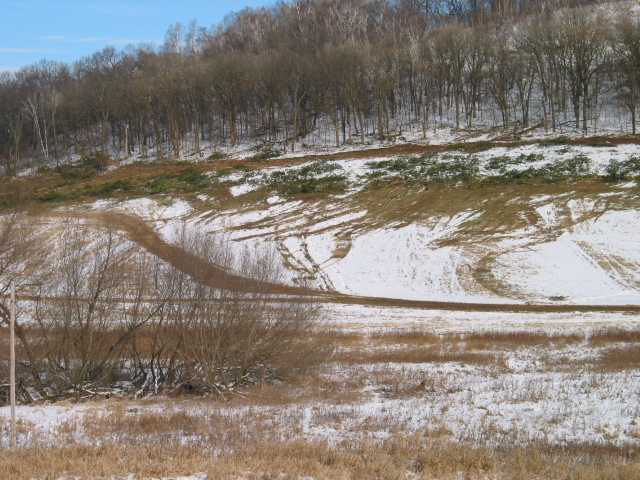 So in the early spring of 2002 we again planted prairie seeds in the field. It took a few more years, but now the prairie has become established.   Here it is in August of 2009.

Click Here to see a list of the seeds that we planted, and the ones we’ve seen growing there.

We originally planned to plant prairie in the area where the pines used to be, but the loggers left such tall stumps that we couldn’t mow it.  We ended up letting it grow up into a thicket of small Wild Black Cherry and Burr Oak trees, as well as giant honeysuckles and buckthorns.  In 2018 we hired some folks to start cutting down the thicket.

Here they’ve cleared about half the thicket of brush. 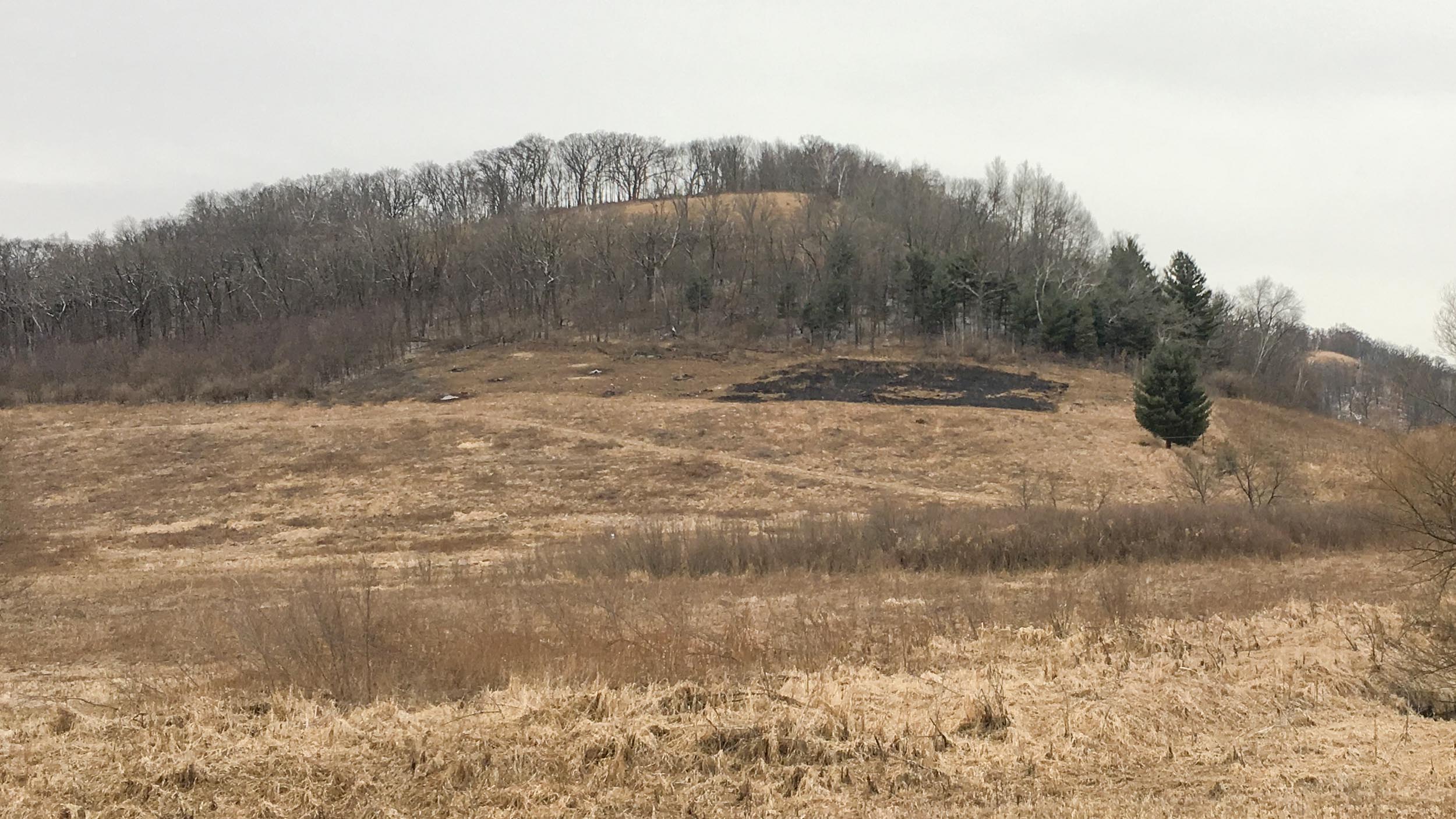 Our plan is to leave some of the small oaks, but plant the rest into prairie, to make a transition between the planted prairie below, and the savanna/prairie remnant above.  I planted a prairie seed mix in the cleared area in early 2018.