Buffalo Ridge is a 20 acre field on top of one of the hills that runs north/south down the center of our land.   This is the way it looked in 2001 – planted with soybeans. 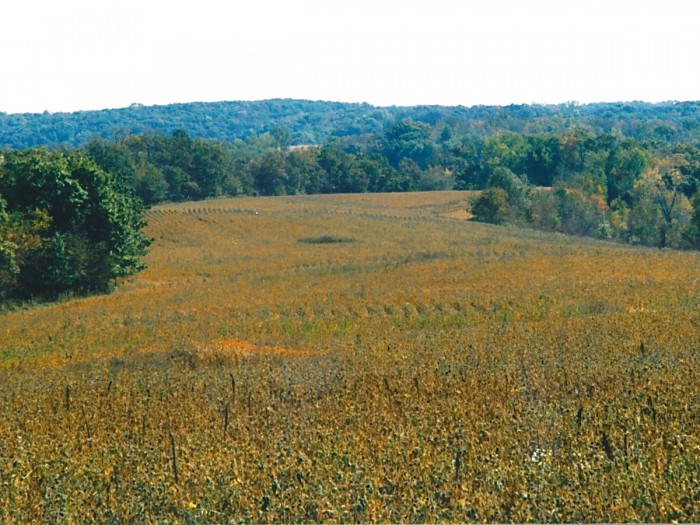 In 2004 the farmer had planned to plant it in corn.  I don’t like to plant into corn stubble, so that year we asked the farmer not to plant, and Mike mowed it several times over the summer.  In the fall, we had the farmer spray it with glyphosate, and that winter – the winter of 2004/2005 – I planted prairie seeds.  There was lots of snow that winter, so I did most of the planting on snowshoes. 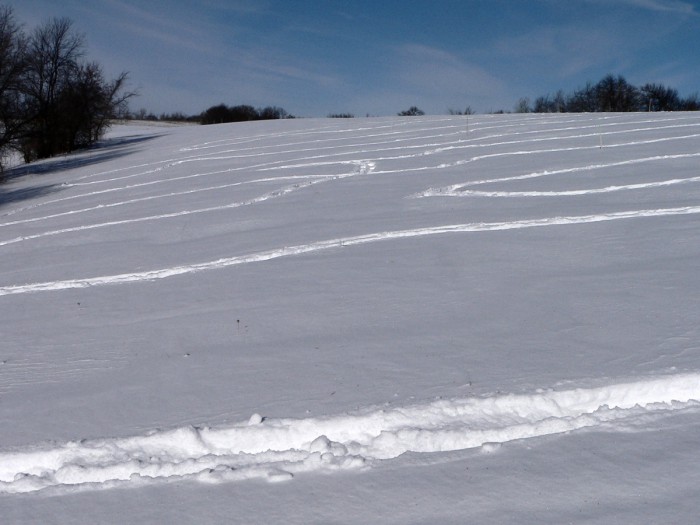 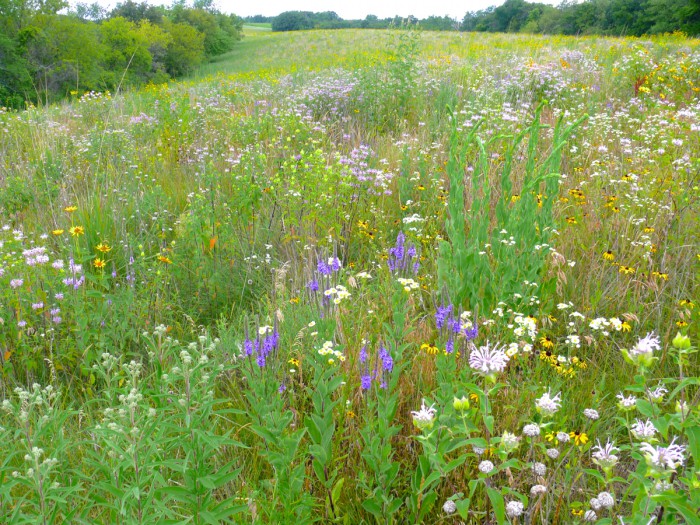 One of the wonderful things about planting a prairie is watching wild creatures interacting with the plants.  This moment happened in May 2007, as I was walking along the path. 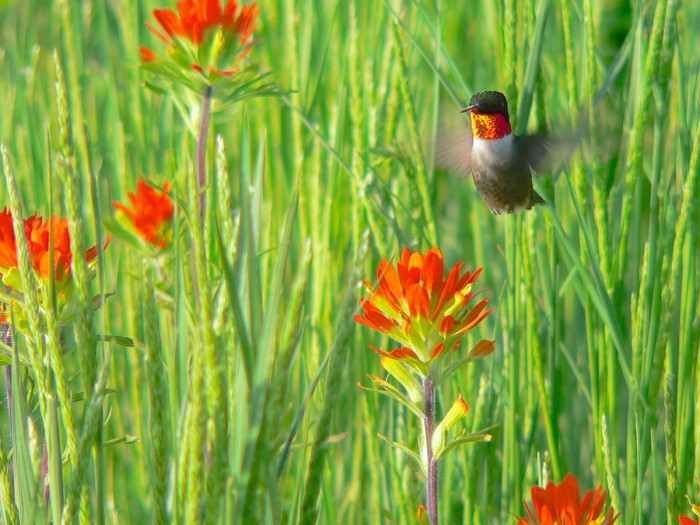 Two of the plants that have been especially successful in this prairie are Butterfly Milkweed, 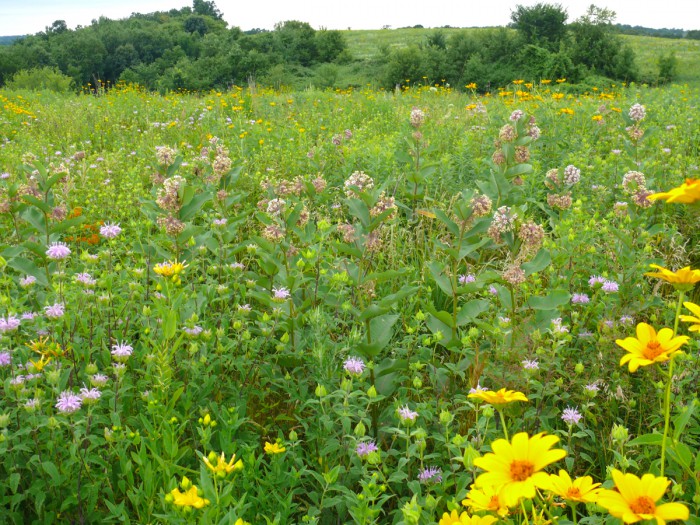 This is an aerial of the farm showing the location of Buffalo Ridge. 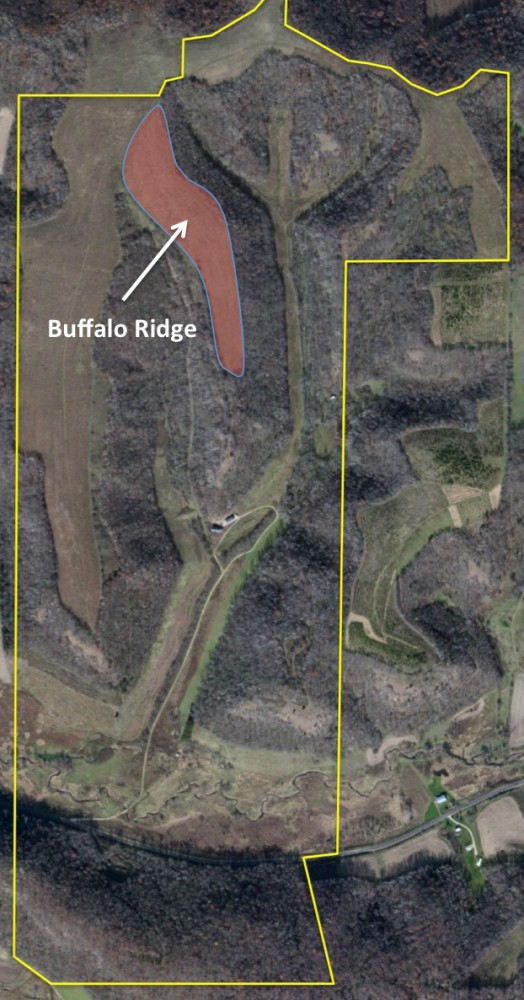