Volvo Meadow is a triangle of land between two of our planted prairies – Western Prairie and Buffalo Ridge Prairie.  It was a waste place for many years, with mostly ‘old field vegetation’: Smooth Brome, Canada Goldenrod, Gray Dogwood, Prickly Ash and Box Elder.  It’s the top, more open part, of our Western Valley.

These two are old photos, scanned from prints I took when we first bought the land.  At that time Western Prairie and Buffalo Ridge were still soybean fields – in 2000 or 2001. 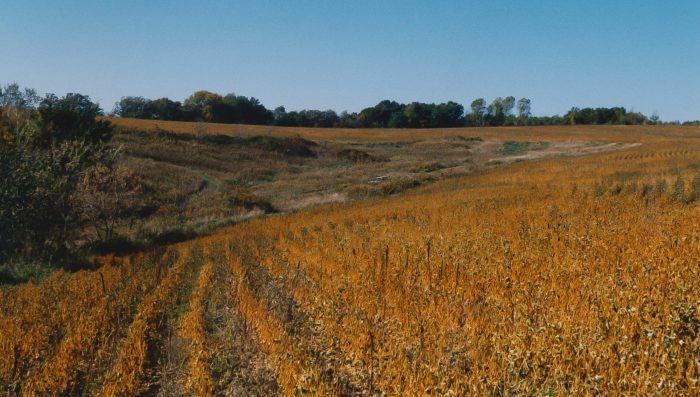 Shrubs and small trees have grown up along the border with Western Prairie which provides habitat for large flocks of migrating sparrows in spring and fall, nesting Common Yellowthroats in summer, and hunting Northern Shrikes in winter.   We recently heard a Bell’s Vireo singing there.  A small ditch runs through the middle of the meadow where water runs when the snow is melting – there’s much less water in it now that the prairie plants have grown up. 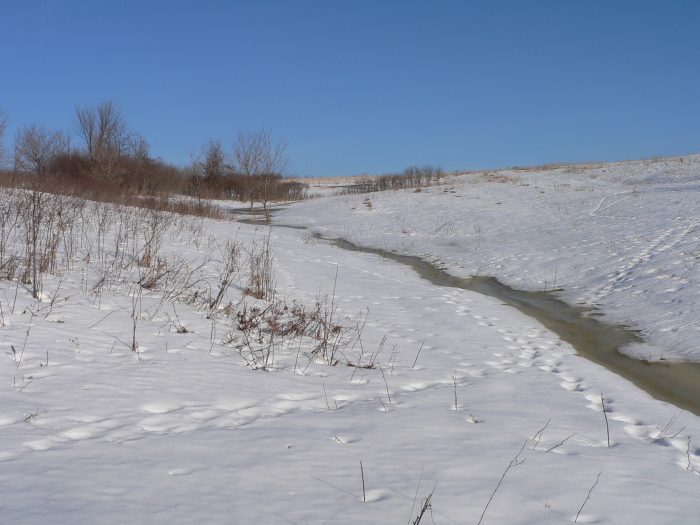 The name comes from an old volvo which had been left behind, years ago, by one of the farm workers. 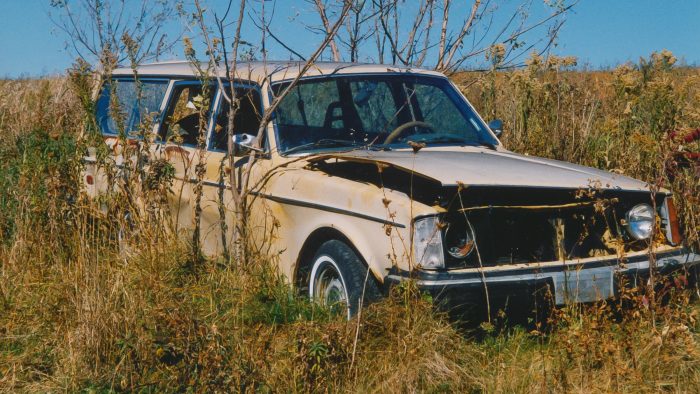 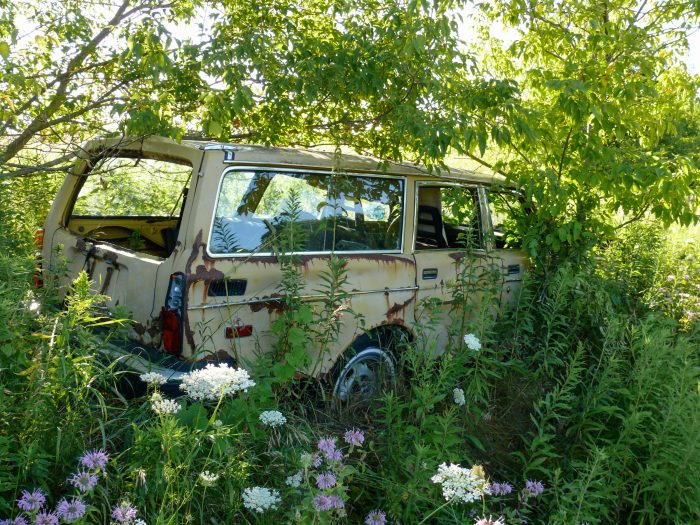 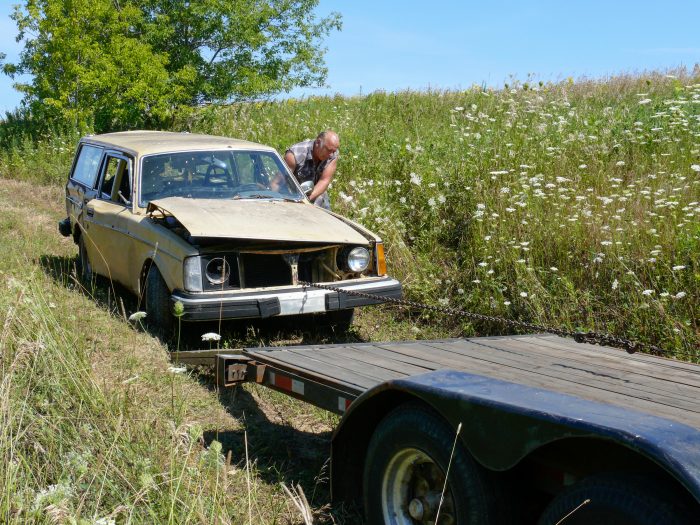 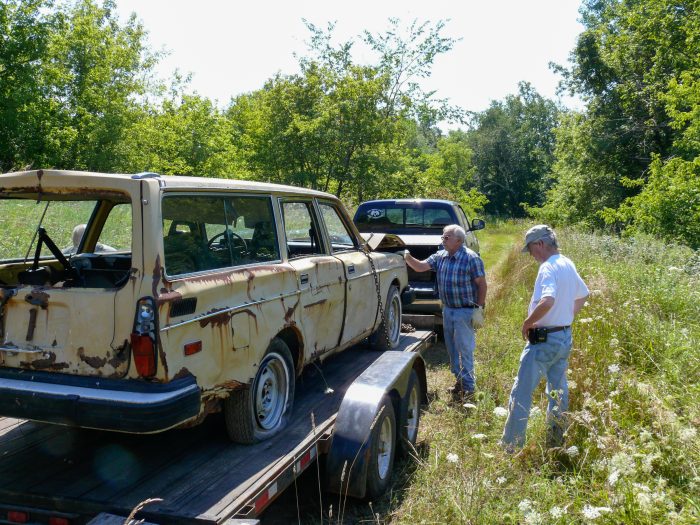 In the summer of 2017 we mowed the grassy part of the meadow – leaving the brush and trees along Western Prairie.  (Garlic Mustard still flourishes under that brush – I battle it every spring.) 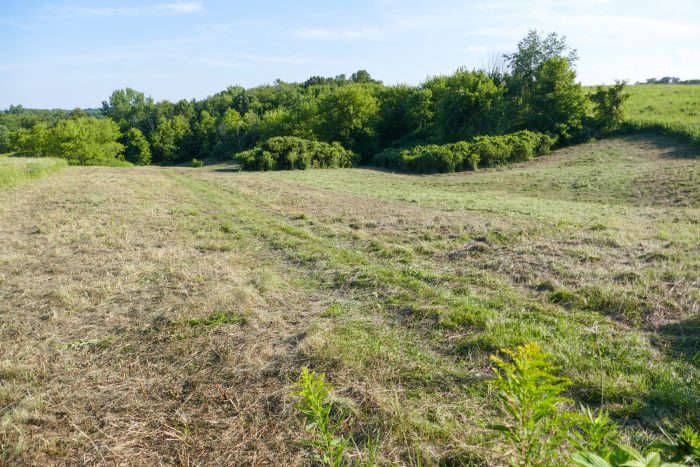 That fall we had it sprayed with roundup to kill the non-native vegetation. 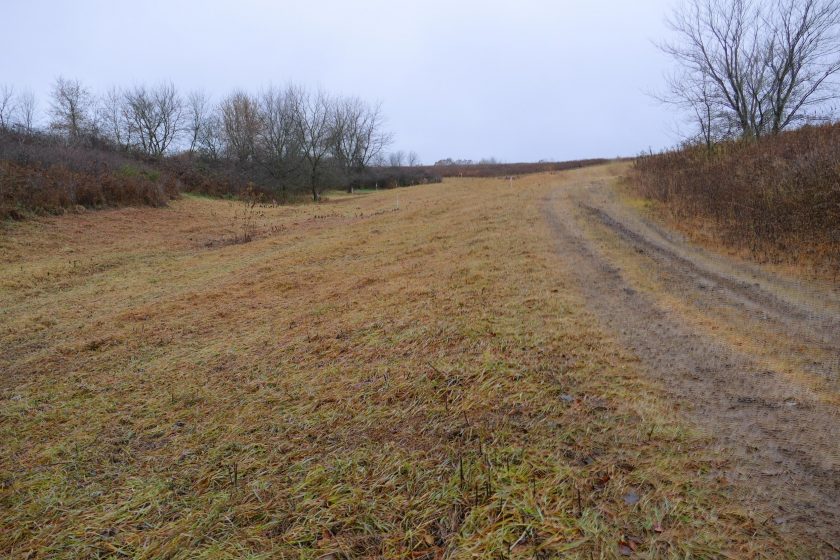 And in January 2018 I planted prairie seeds into the snow.  I planted a mix of mesic prairie species and wetland species since the center of the valley gets so wet in the spring. 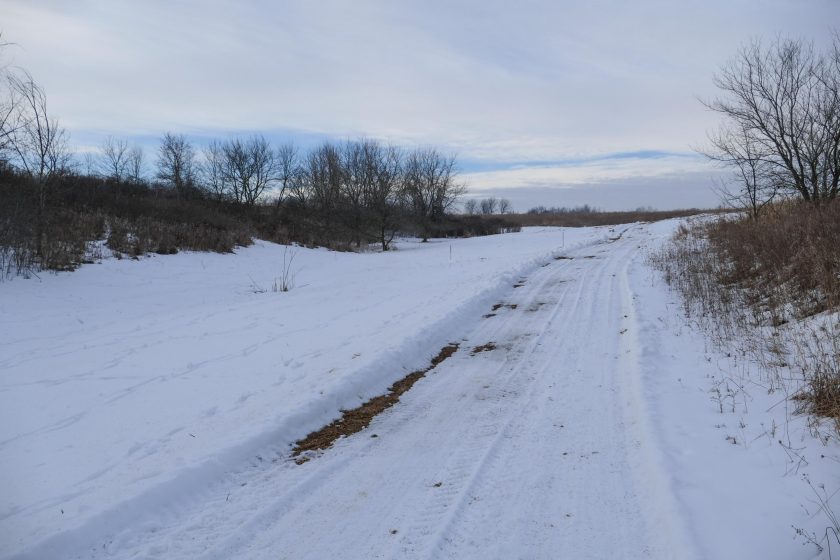 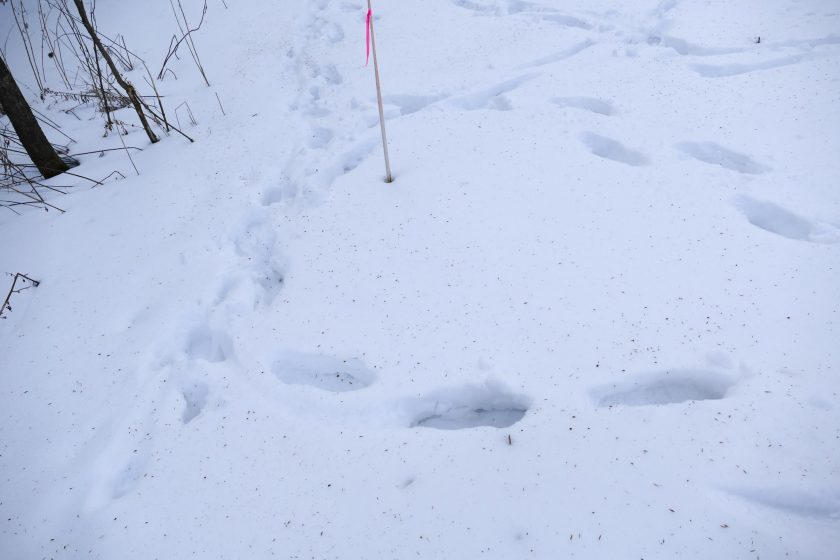