The new year has begun with plenty of cold temperatures, but so far not too much snow.  Our icy driveway has made walking more challenging than usual – we wear cleats on our boots. 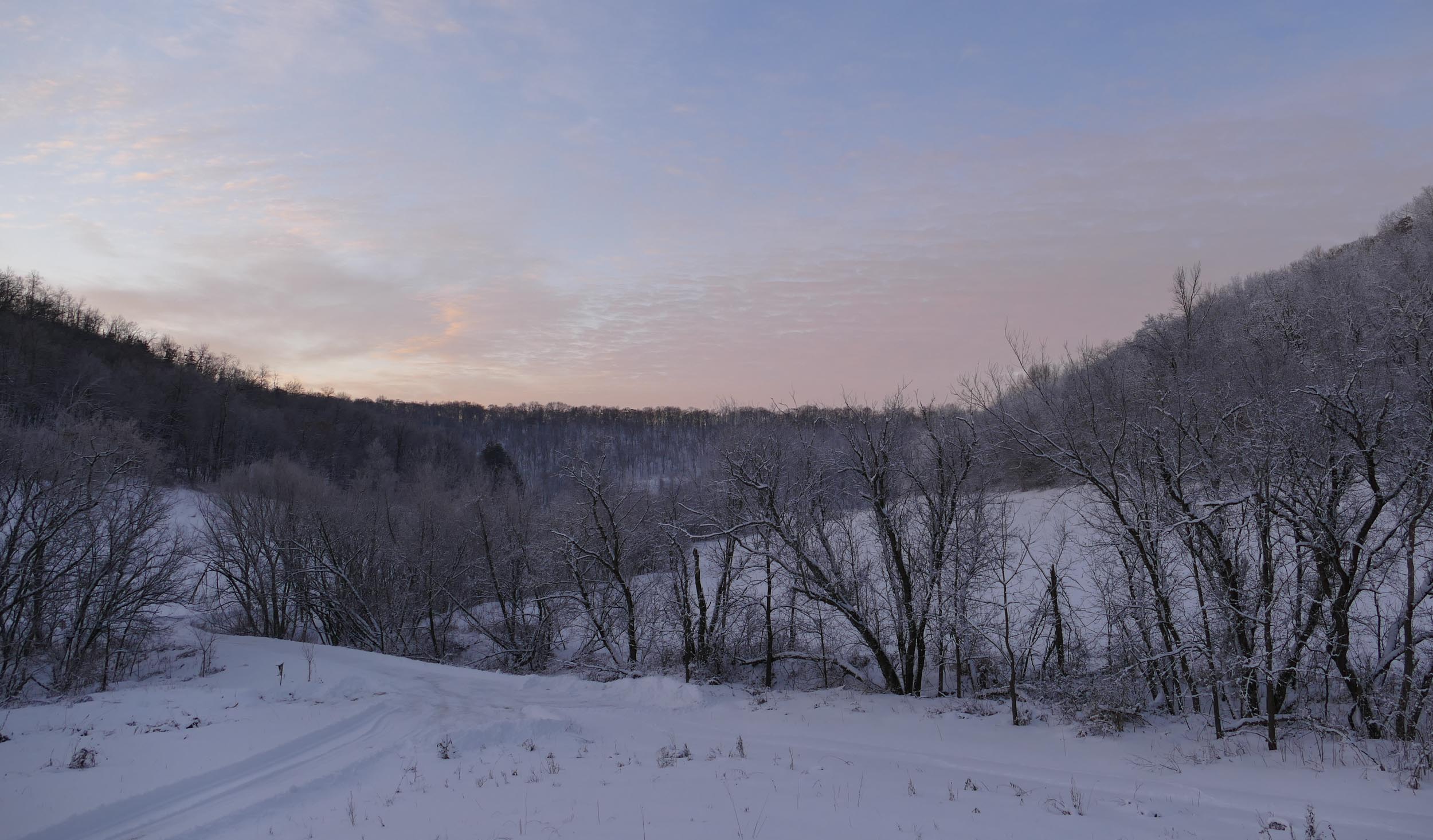 We’ve finished our ‘Seasons’ slide show for 2019.  This year Mike did recordings of the sounds we hear throughout the year here and used them for the soundtrack, along with some of his music.  The photos are nearly all mine, with a few from our trail cameras, and a few of Mike’s.  Here’s a link to the final video.  If you can, watch it full screen.

And if you’re interested in the soundtrack, here’s a link to the Seasons 2019 page with links to this video, a sound-only version, and a one hour critters-only soundscape.

Sun on the snow in the wetland makes some of the most beautiful scenes. 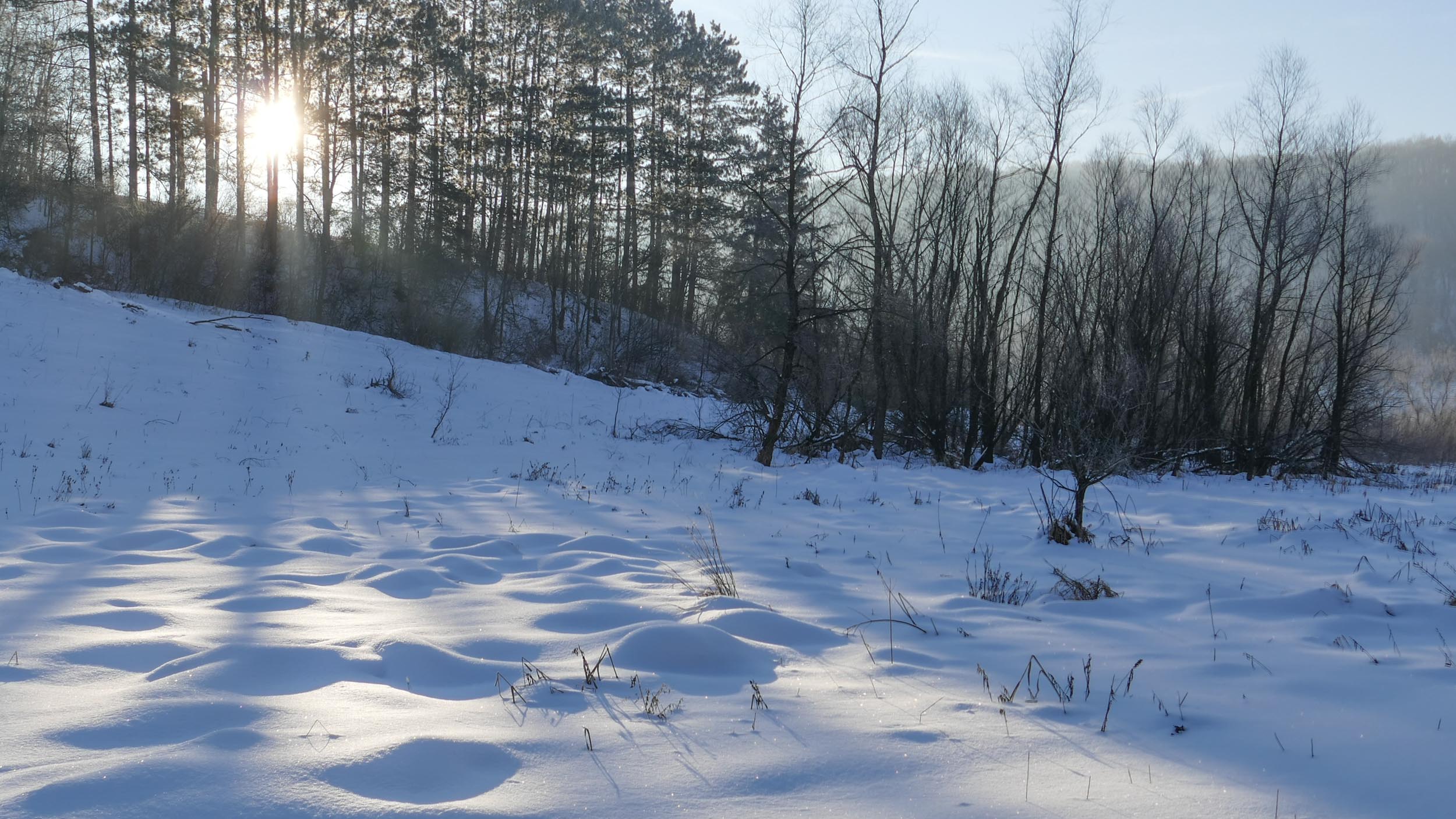 Especially when the air is cold, covering all the plants and trees with hoarfrost. 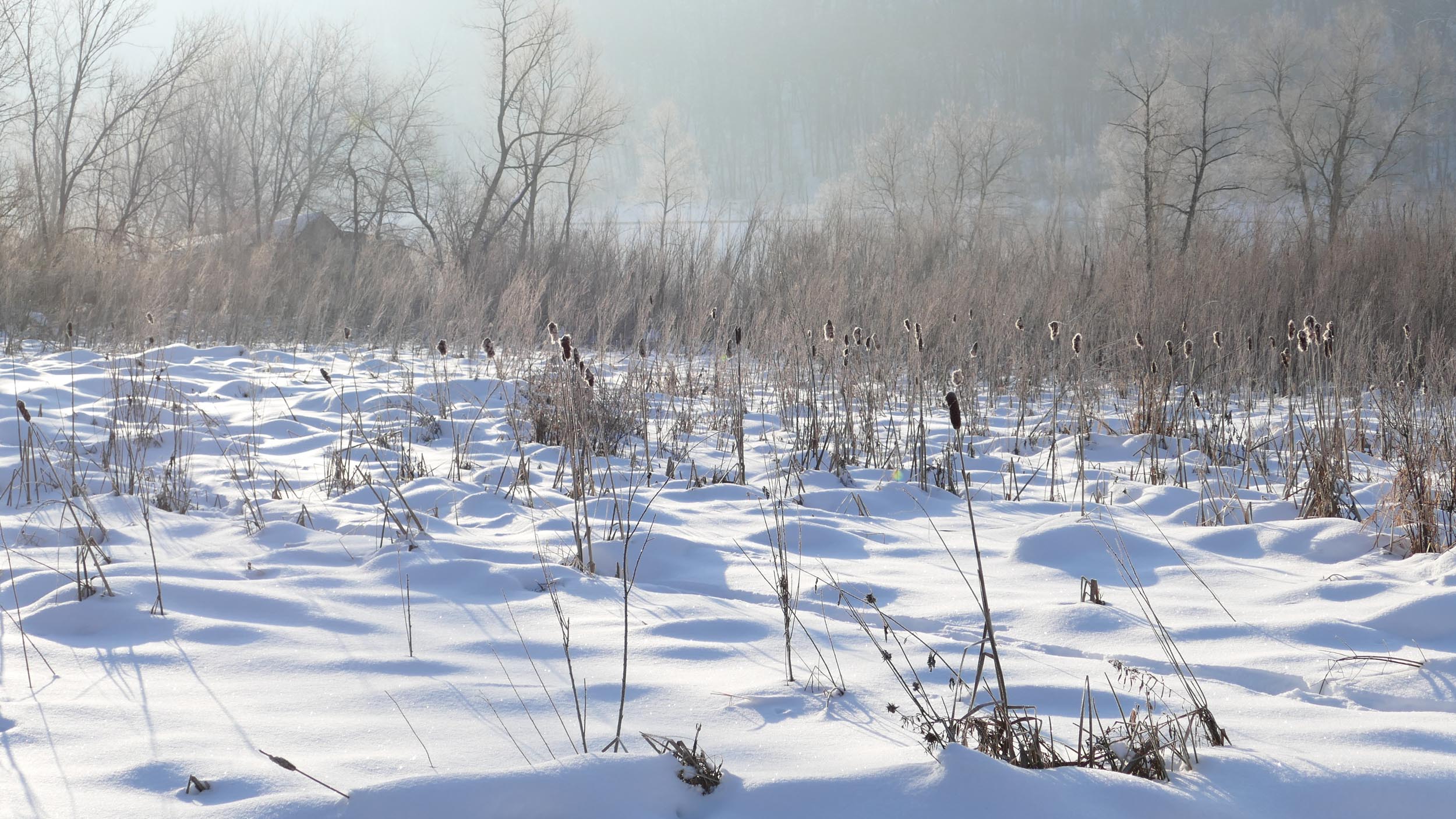 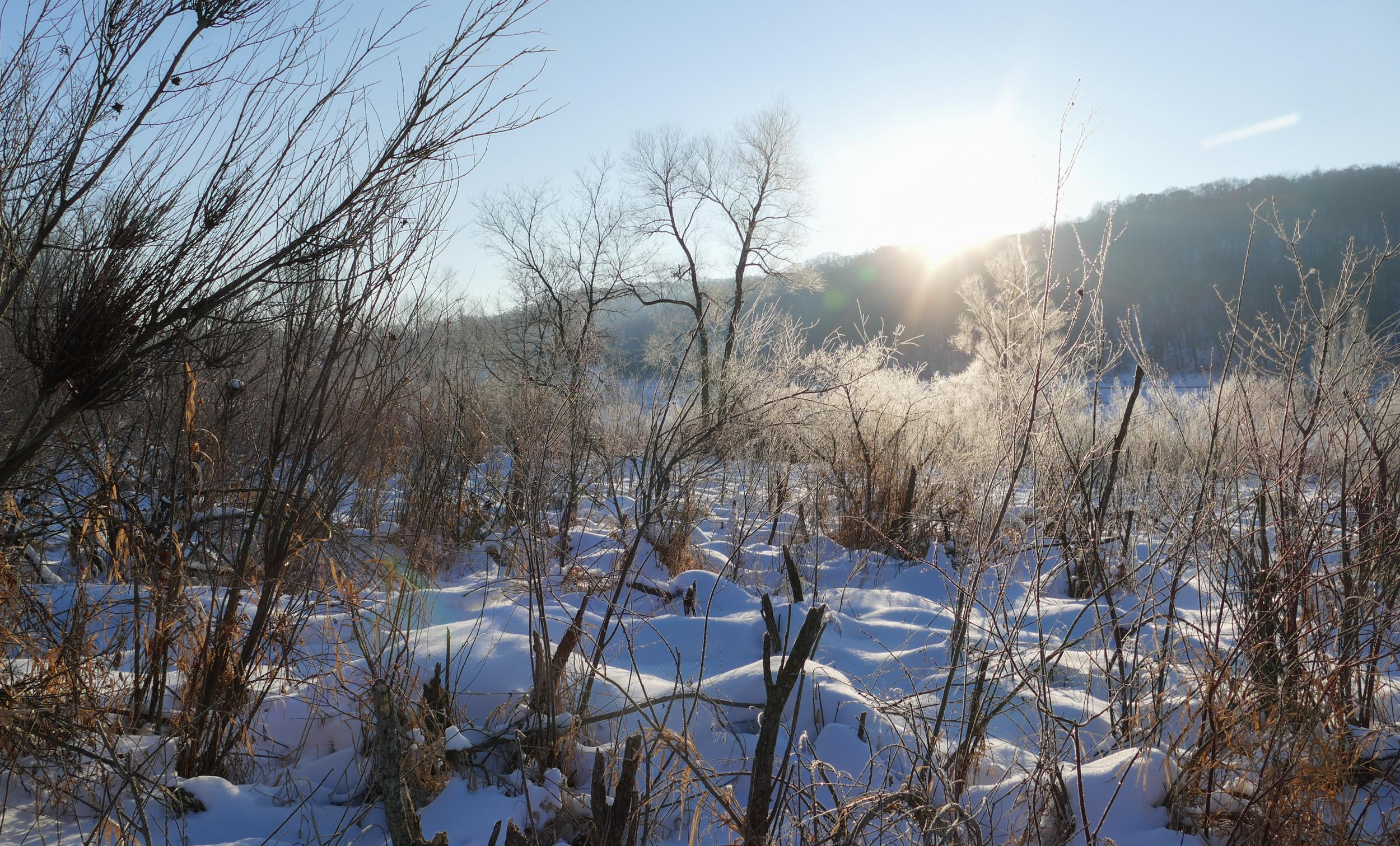 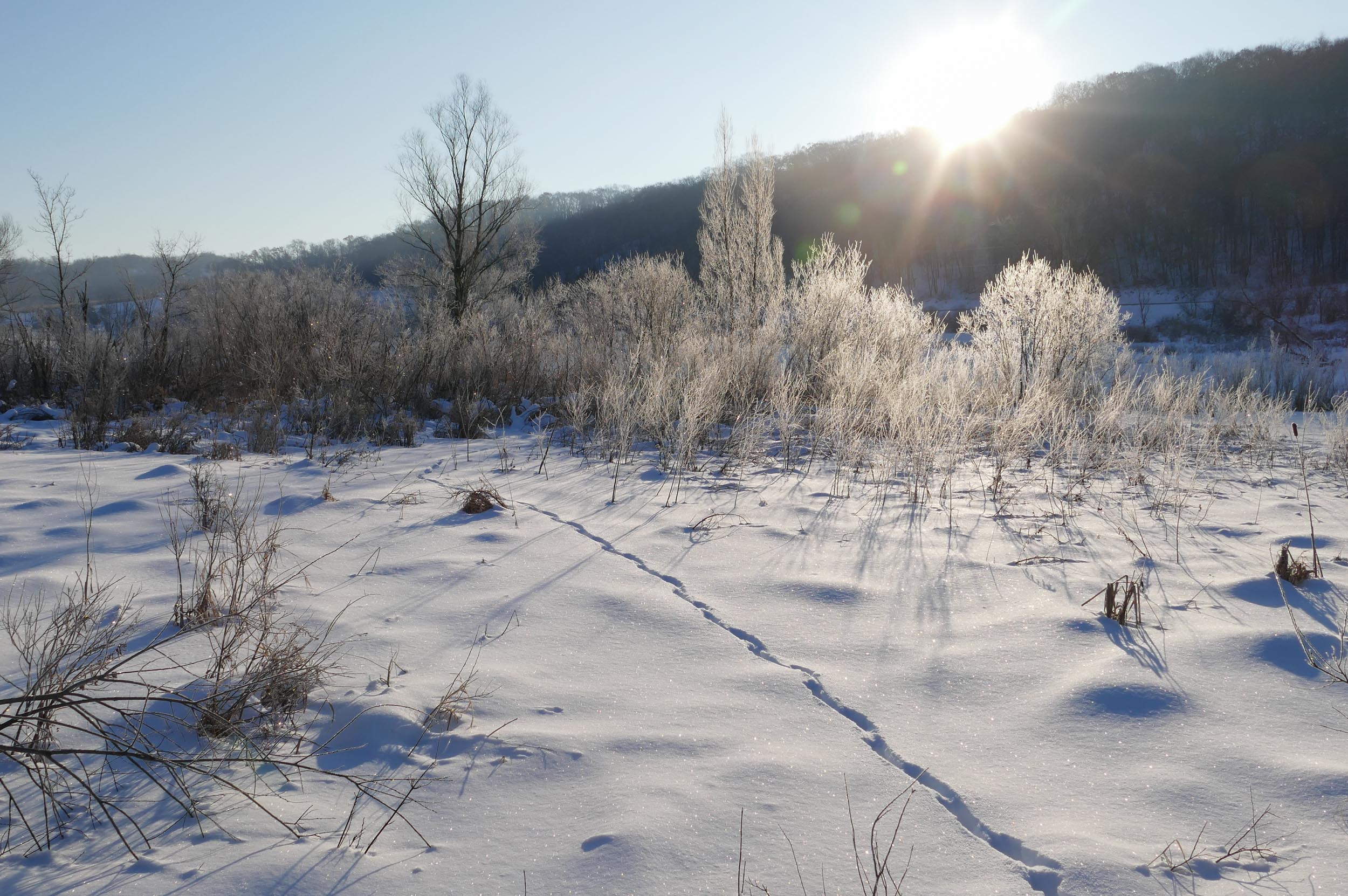 I only had one outside project this winter – planting wetland seeds into a wet, weedy field below the old farmhouse.   It was a fun job – a few hours on a brilliant sunny day. 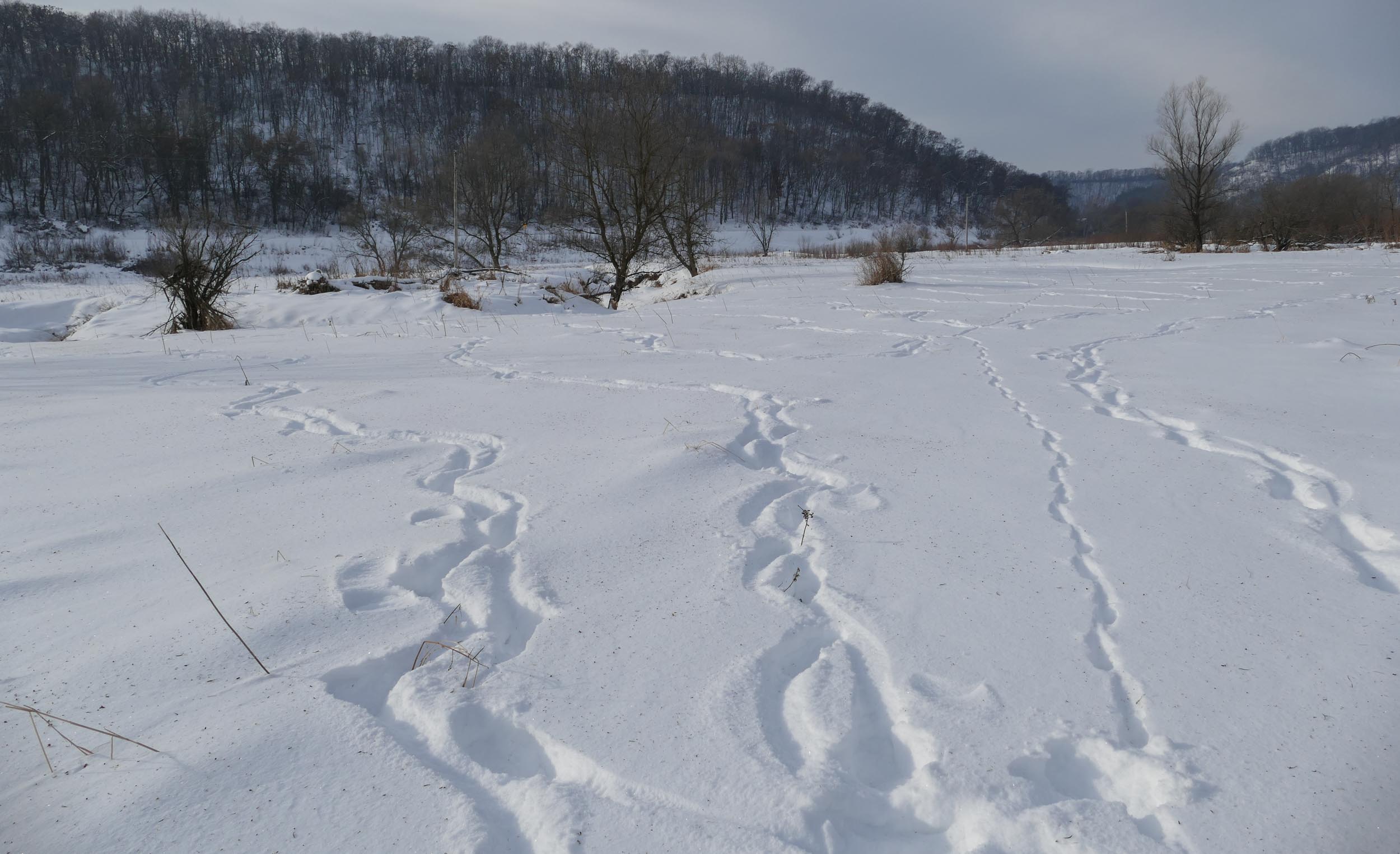 We haven’t spent much time on the upper prairies – it’s too hard to get to them.  But every few weeks I walk up to change the batteries on the trail cameras.   Here a snowstorm moved into the valley as I was coming home. 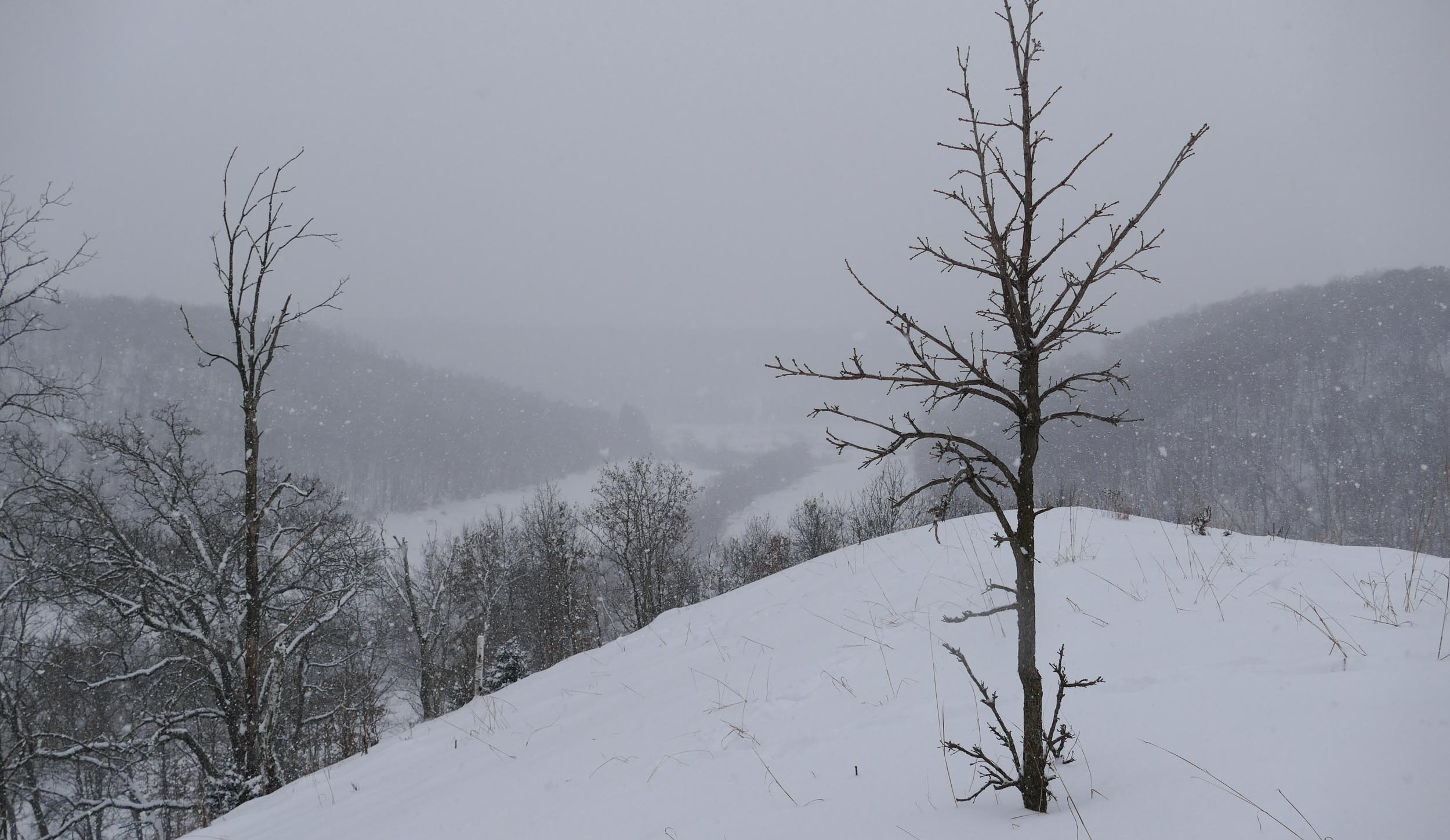 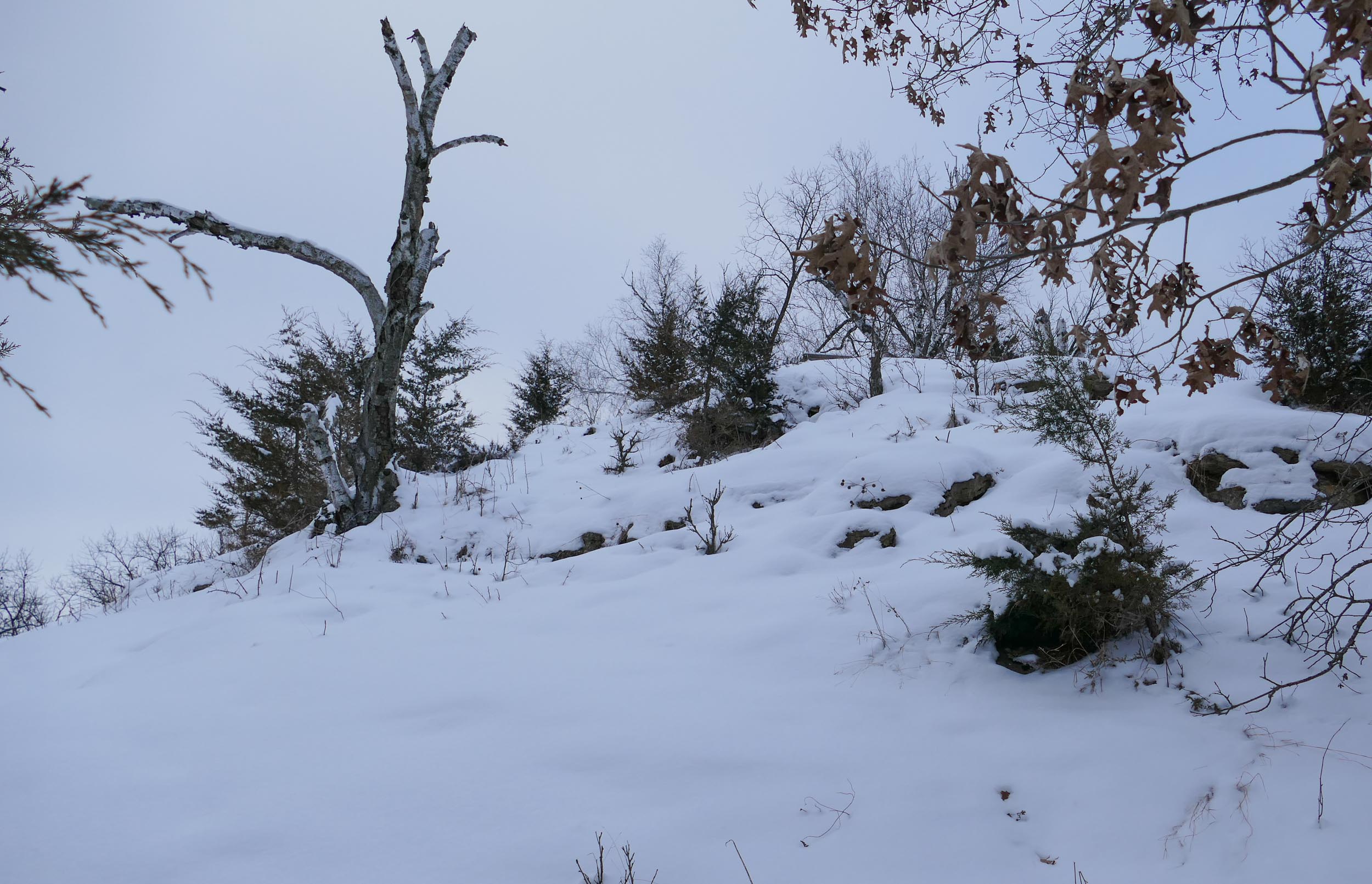 The ridge of the Knife Edge – it’s easy to see how it got its name. 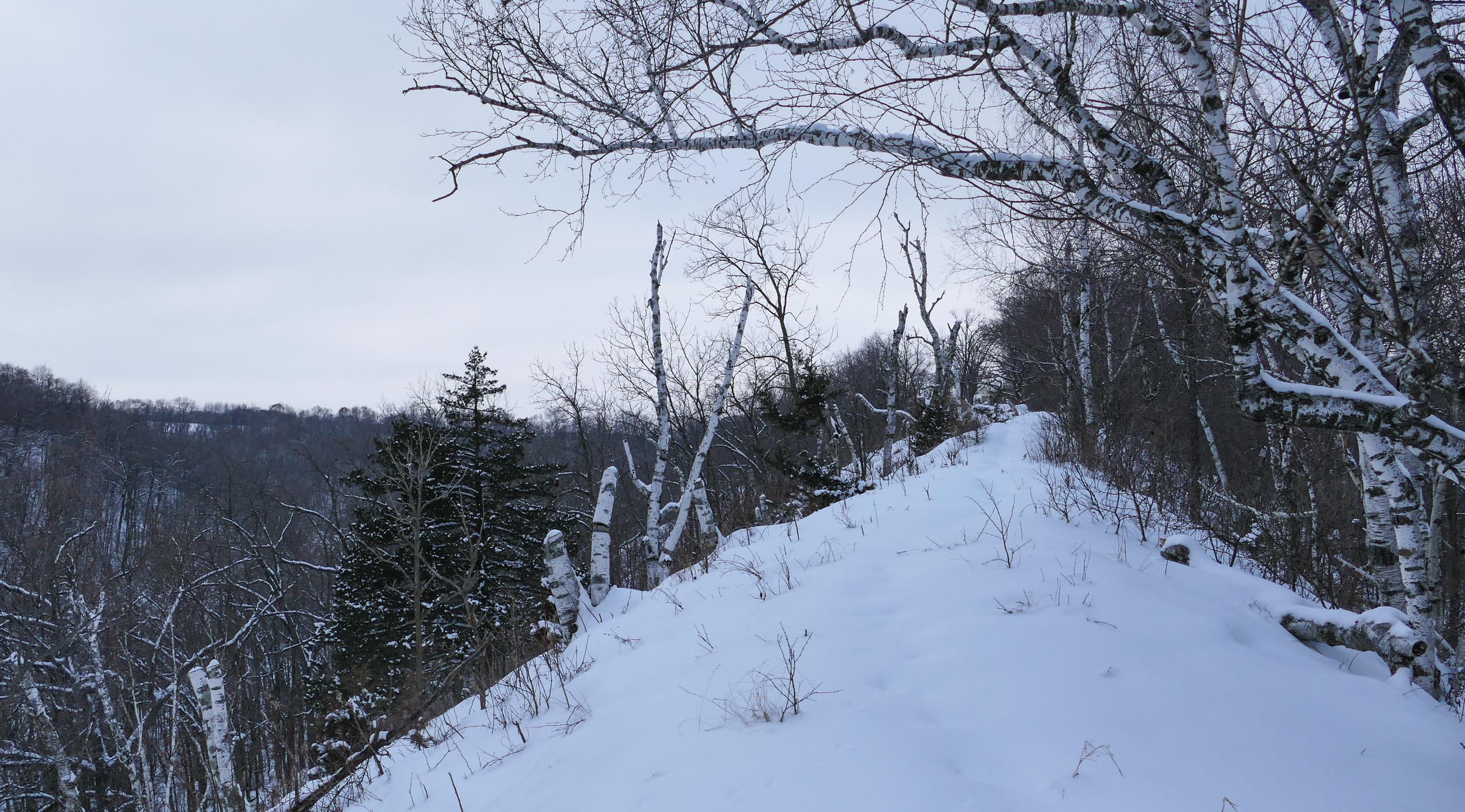 This is an old photo – from March 2007 – taken from almost the same place.  There were a lot more birch trees in those days!  The hillside to the left faces west, and has prairie plants under the birches.  We’ve been getting rid of the trees to give the prairie more sun.  The evergreen tree that’s still there is a large Red Cedar – a native tree found in prairies. 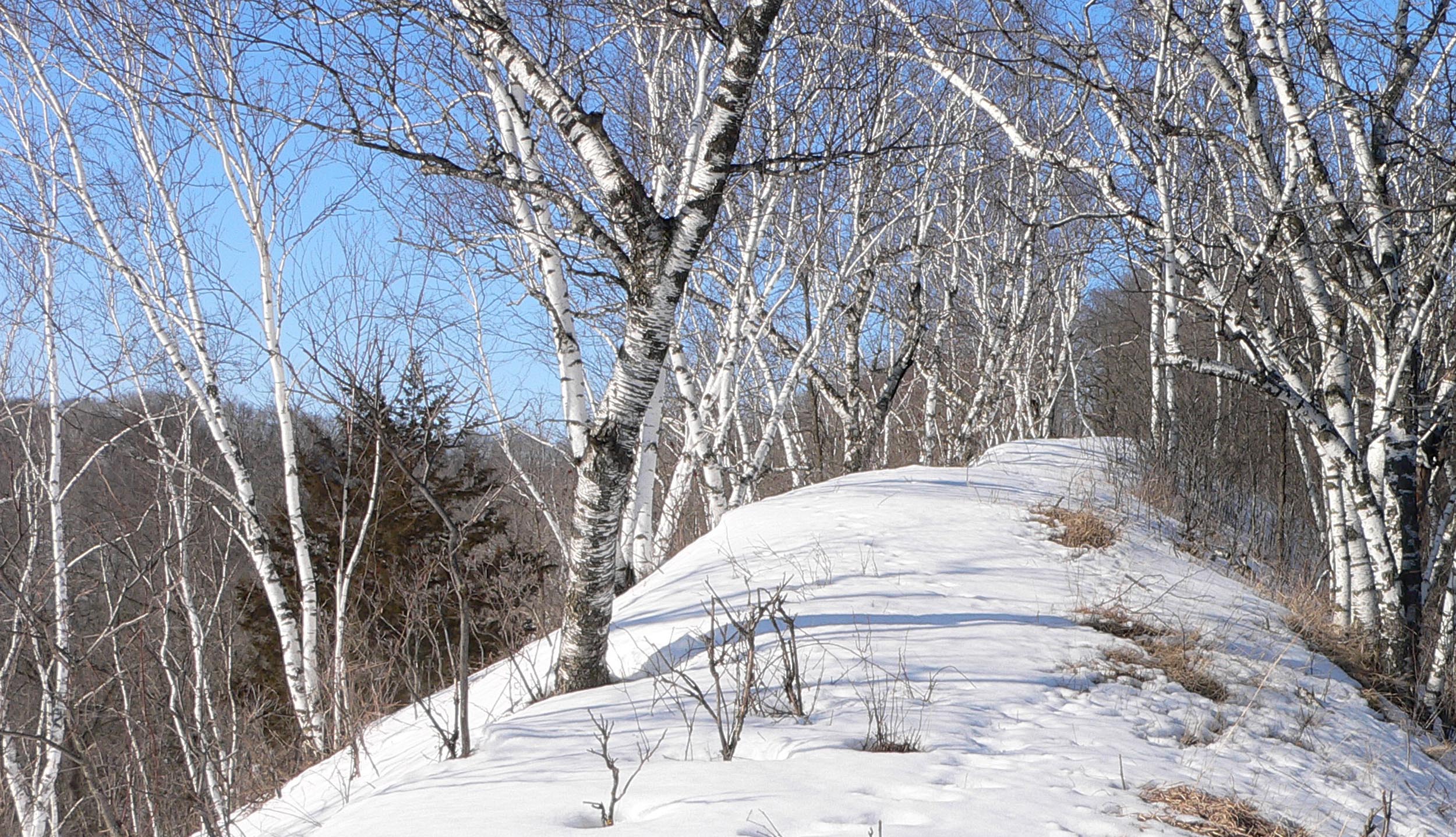 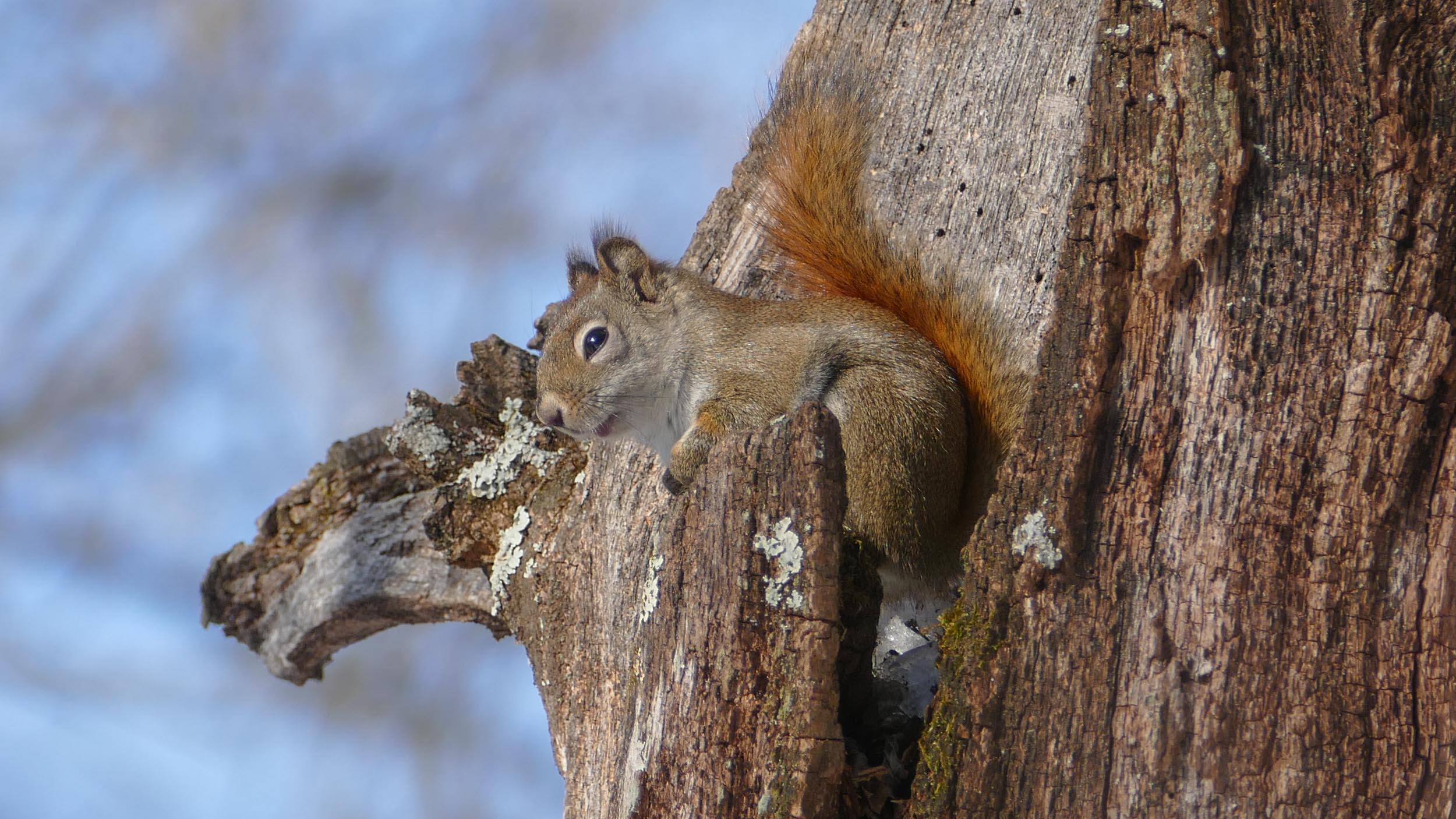 Here’s a bobcat from one of the trail cameras. 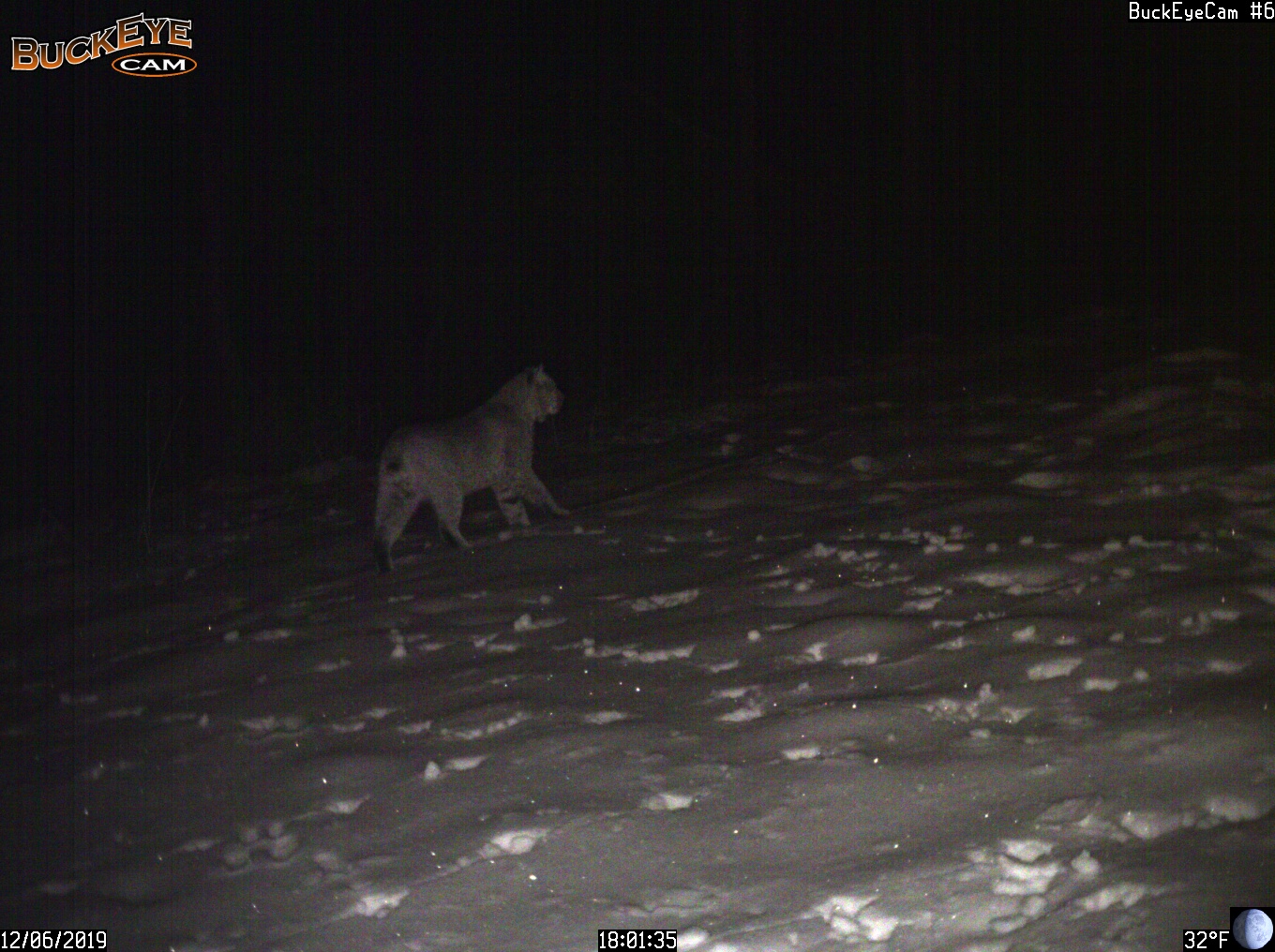 Mike is excited about getting more and better soundscapes this year.  This is one of his new gadgets – it works like a trail camera, but it records sounds instead of pictures. 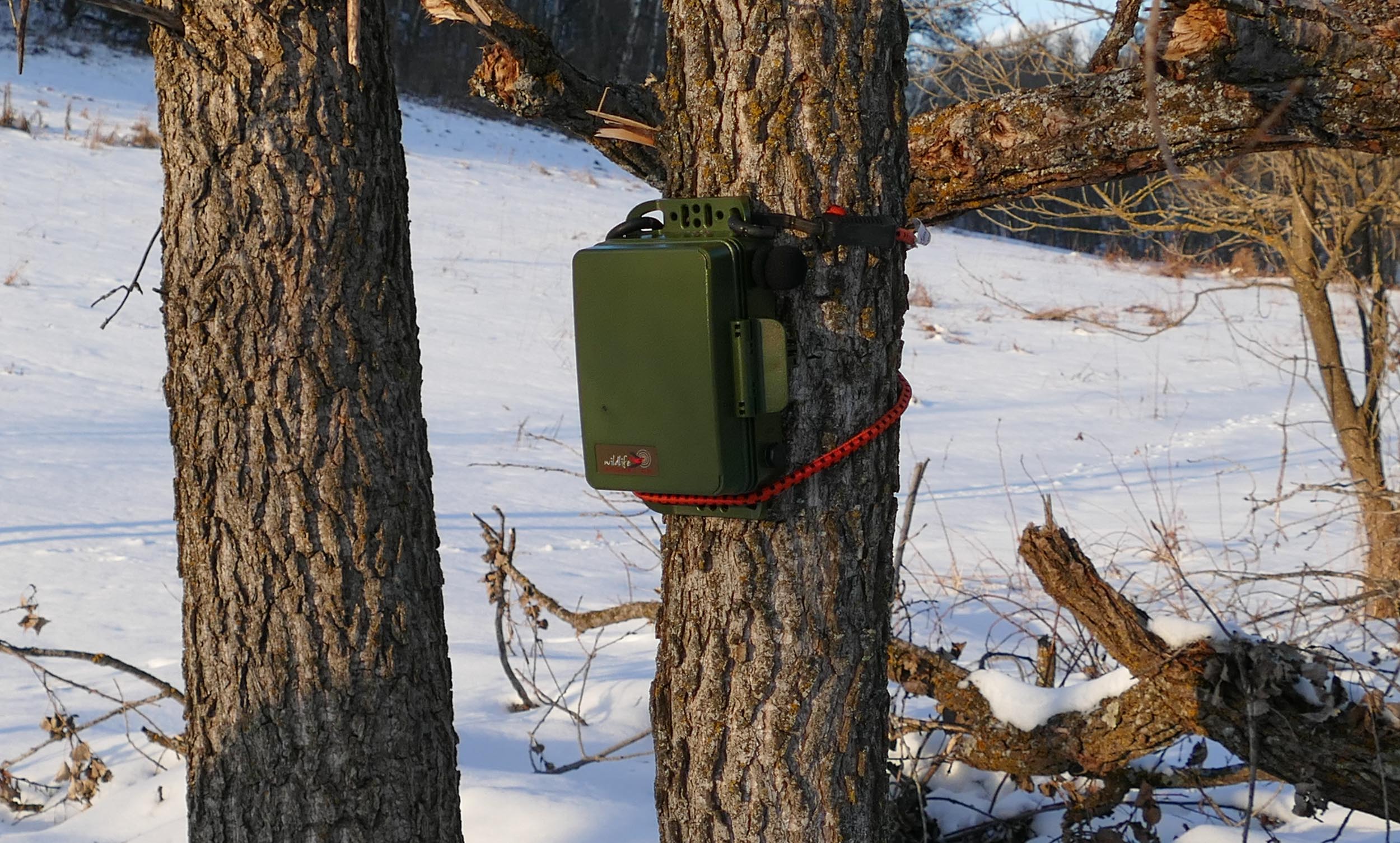 After a snowstorm in Center Valley 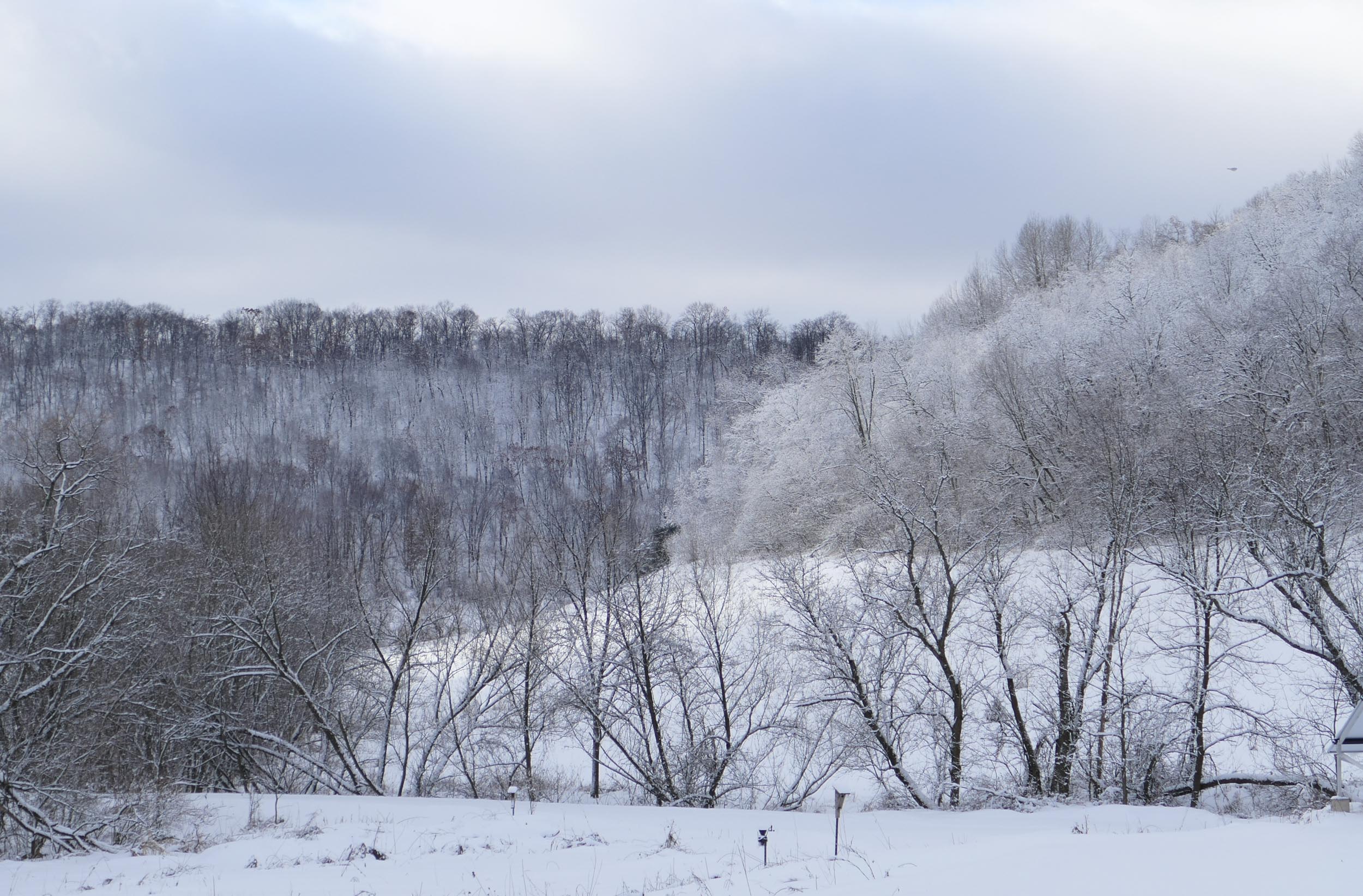 Early sunset during our afternoon walk on the driveway 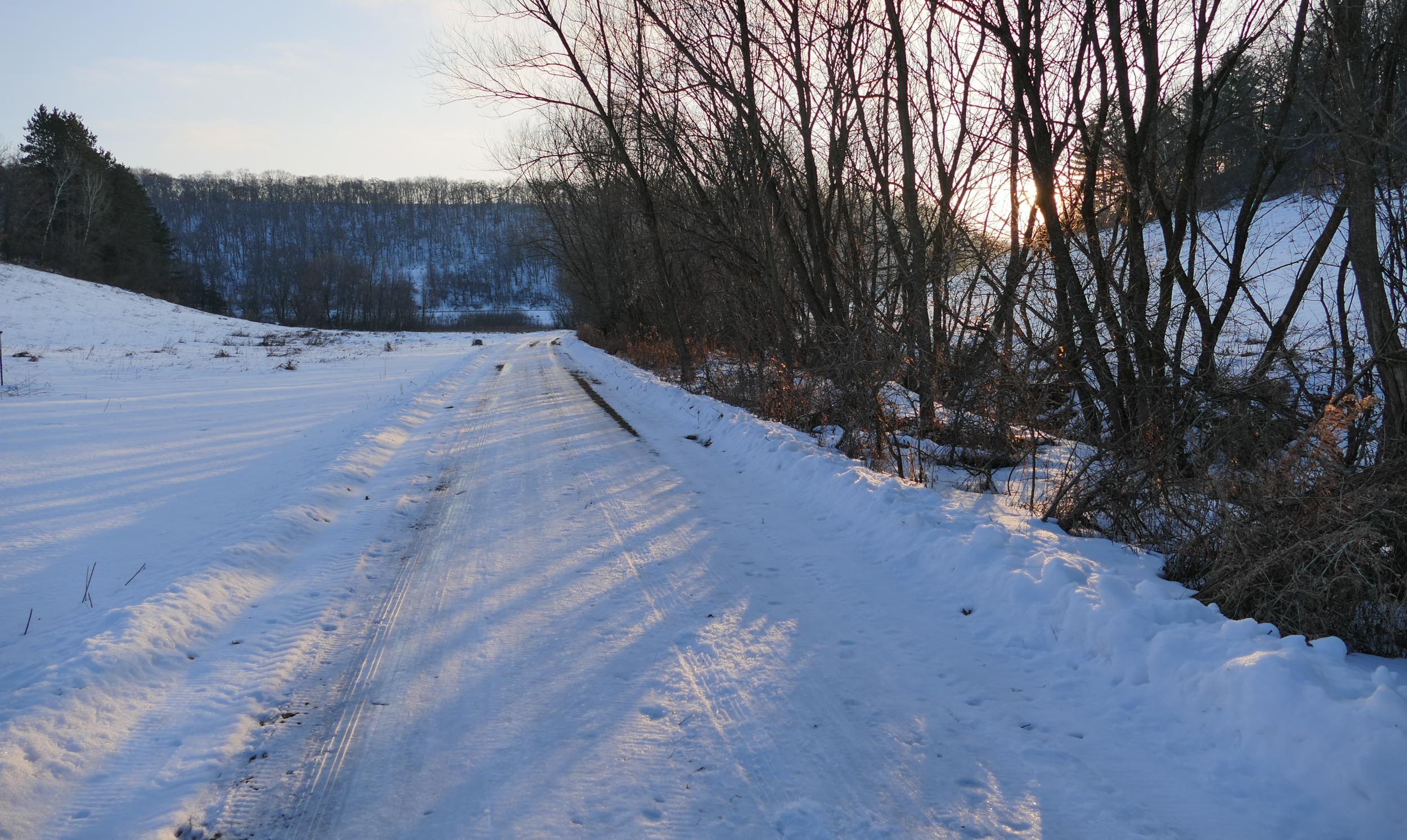 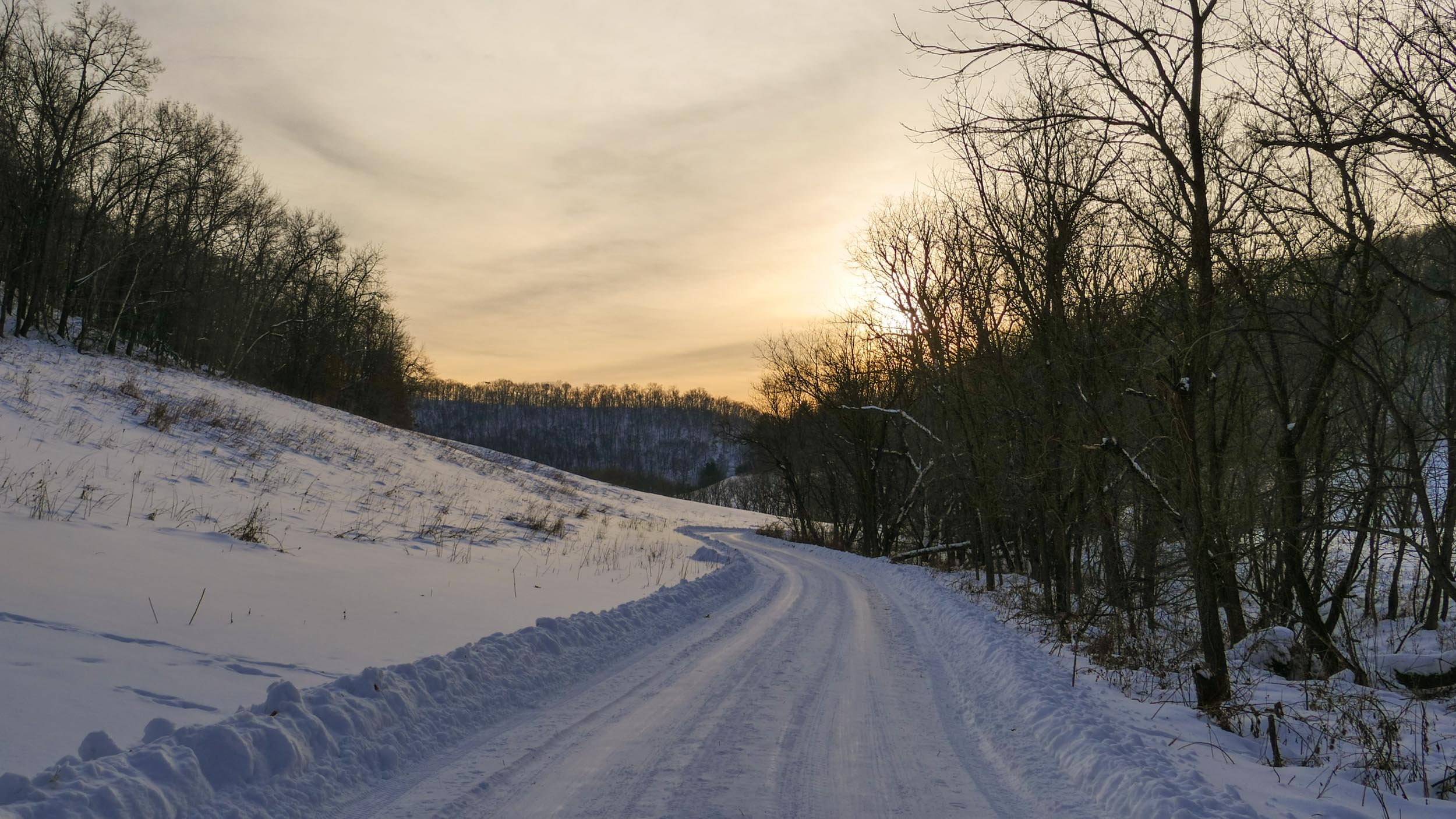 Sunset over our house 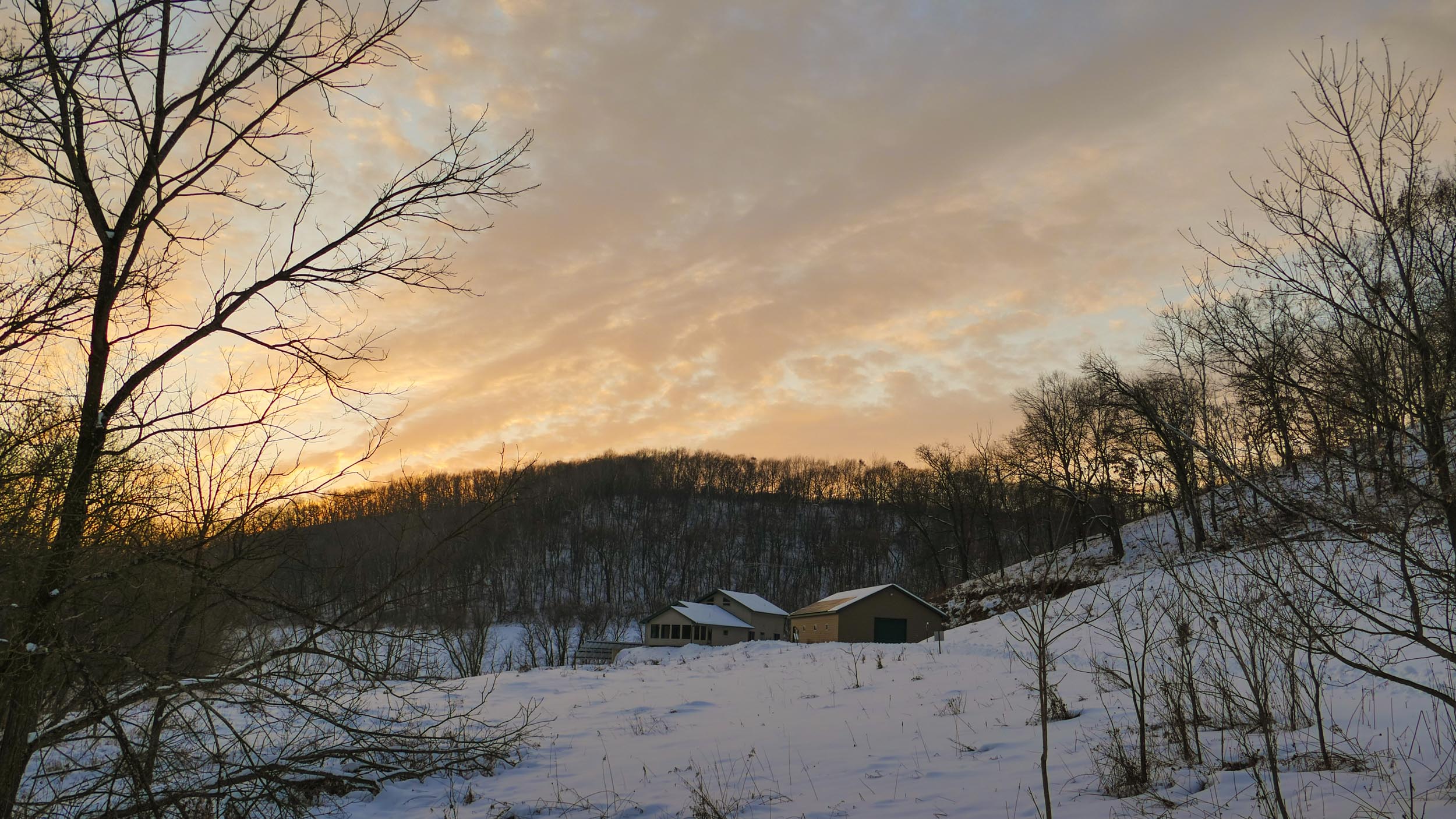