We’re definitely into the cold part of winter – this morning it was -5F on the kitchen window thermometer. 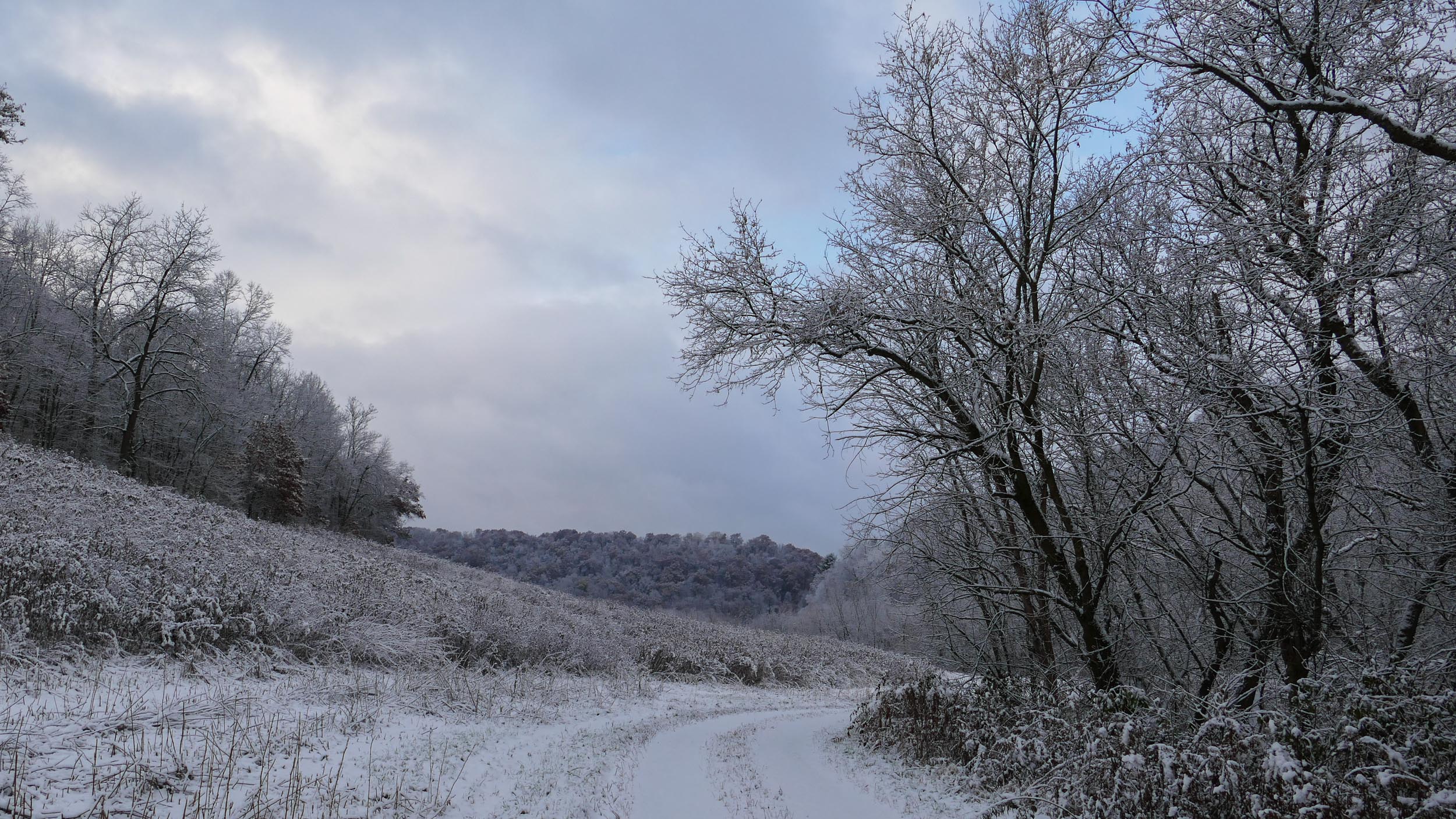 Earlier in the winter we had several small snowstorms, alternating with thaws with melting snow.  We were able to get all our outdoor restoration projects finished off, and I even got a little extra brush clearing work done on the hill above the house.

One of the biggest projects – it isn’t finished yet – is clearing out the savanna above Big View Prairie.  Our friend Todd worked on that until just before the snow came.  He cut and piled brush and small trees, and we moved them to a pile back in the woods.  Here’s the way it looks so far – after clearing out most of the piles.  There’s more work to do next spring, but the savanna is already much more open. 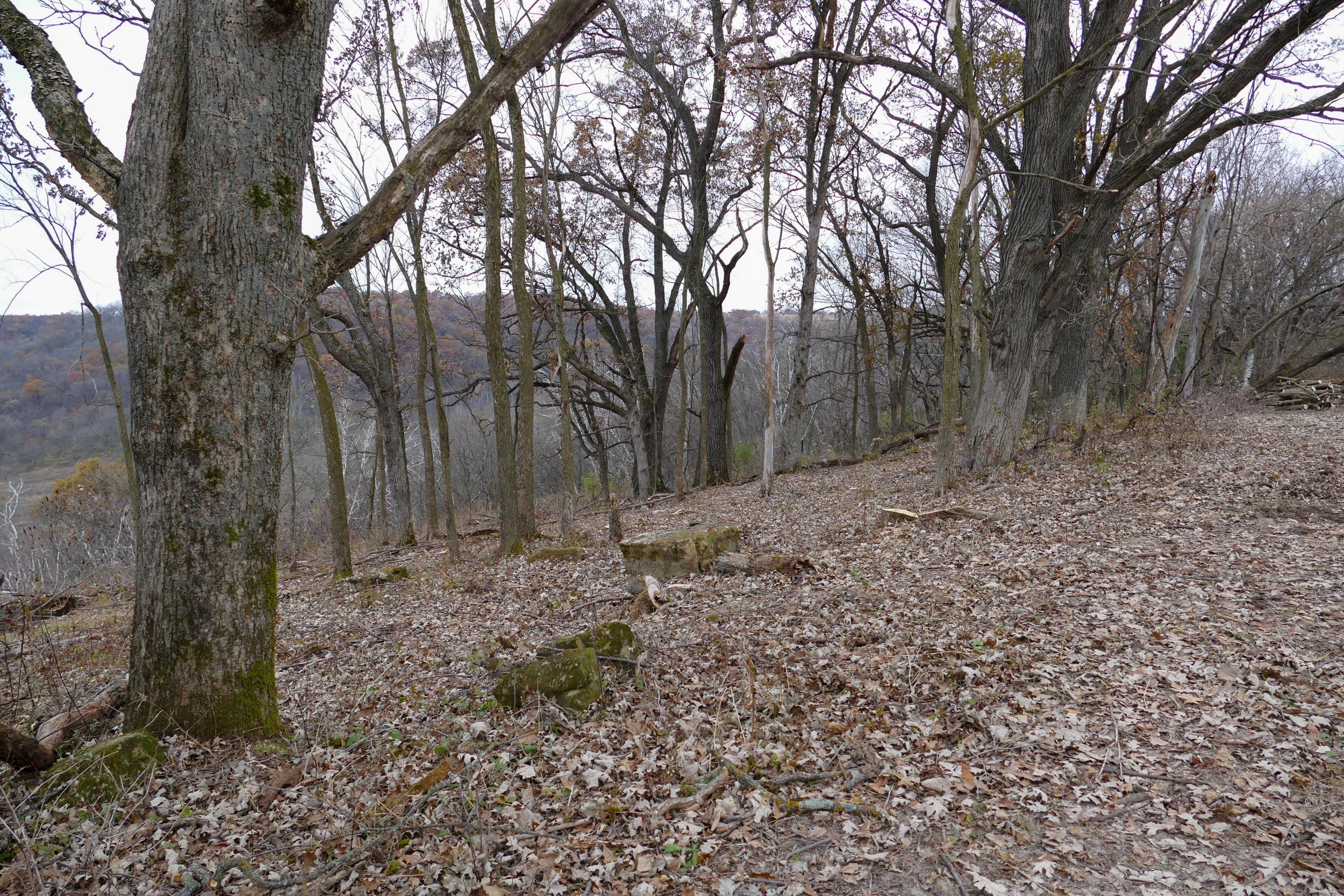 Another project we had Todd work on was clearing out an old logging road in the woods below Sumac Point.  Here’s the newly cleared trail – wide enough (barely) to mow.  It’s a nice place to walk, and a route we can use to get to the last old hayfield that we’d like to plant into prairie. 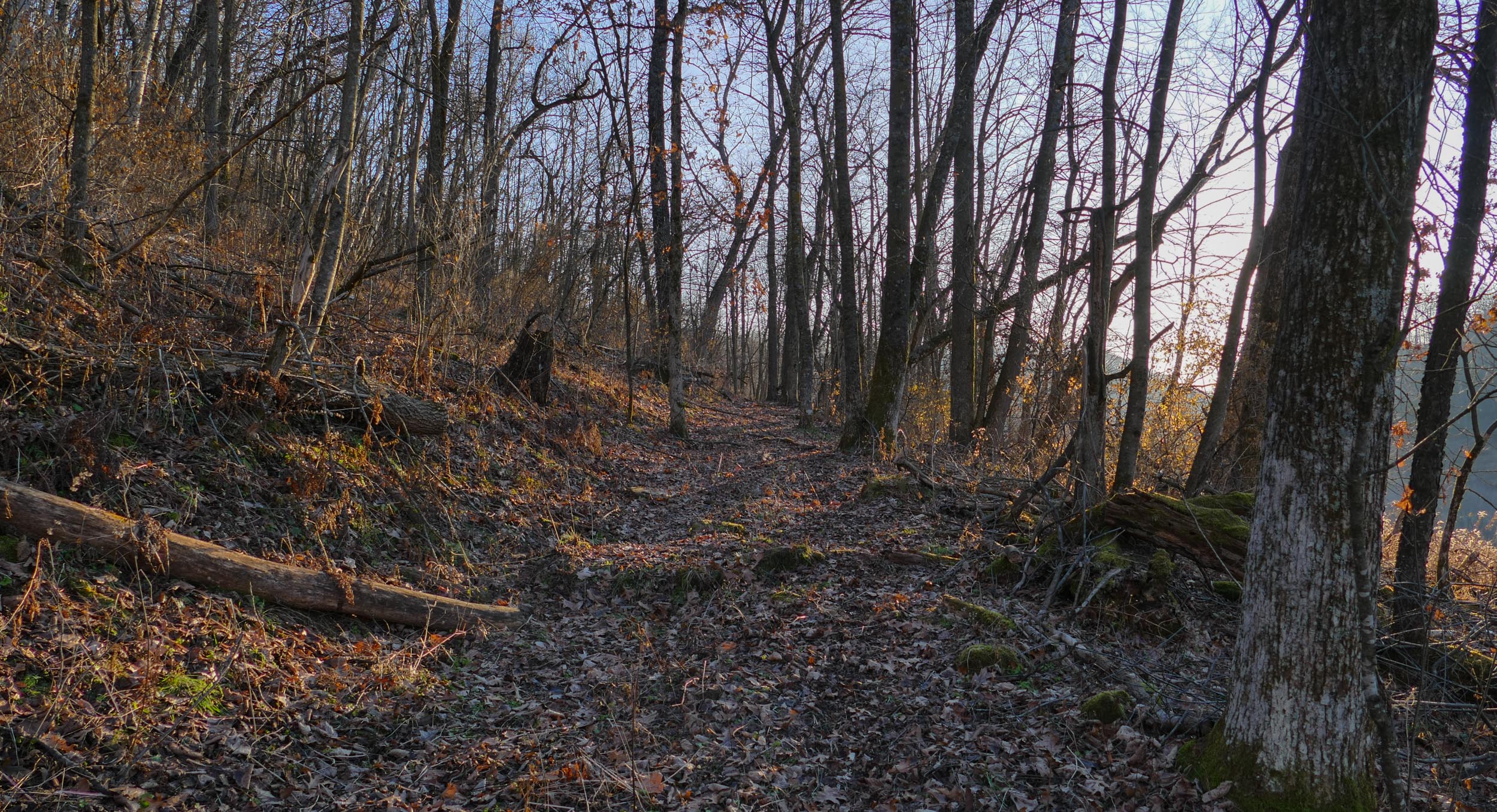 While I was looking through old photos I found one of Indian Grass Point that shows what we’re trying to accomplish on our bluff prairies.

This is the view looking out from Indian Grass Point in late June 2007.  I had to get right up to the edge of the prairie point to be able to see down the valley – birches, aspen and sumac had taken over the steep sides of what had once been a prairie hillside. 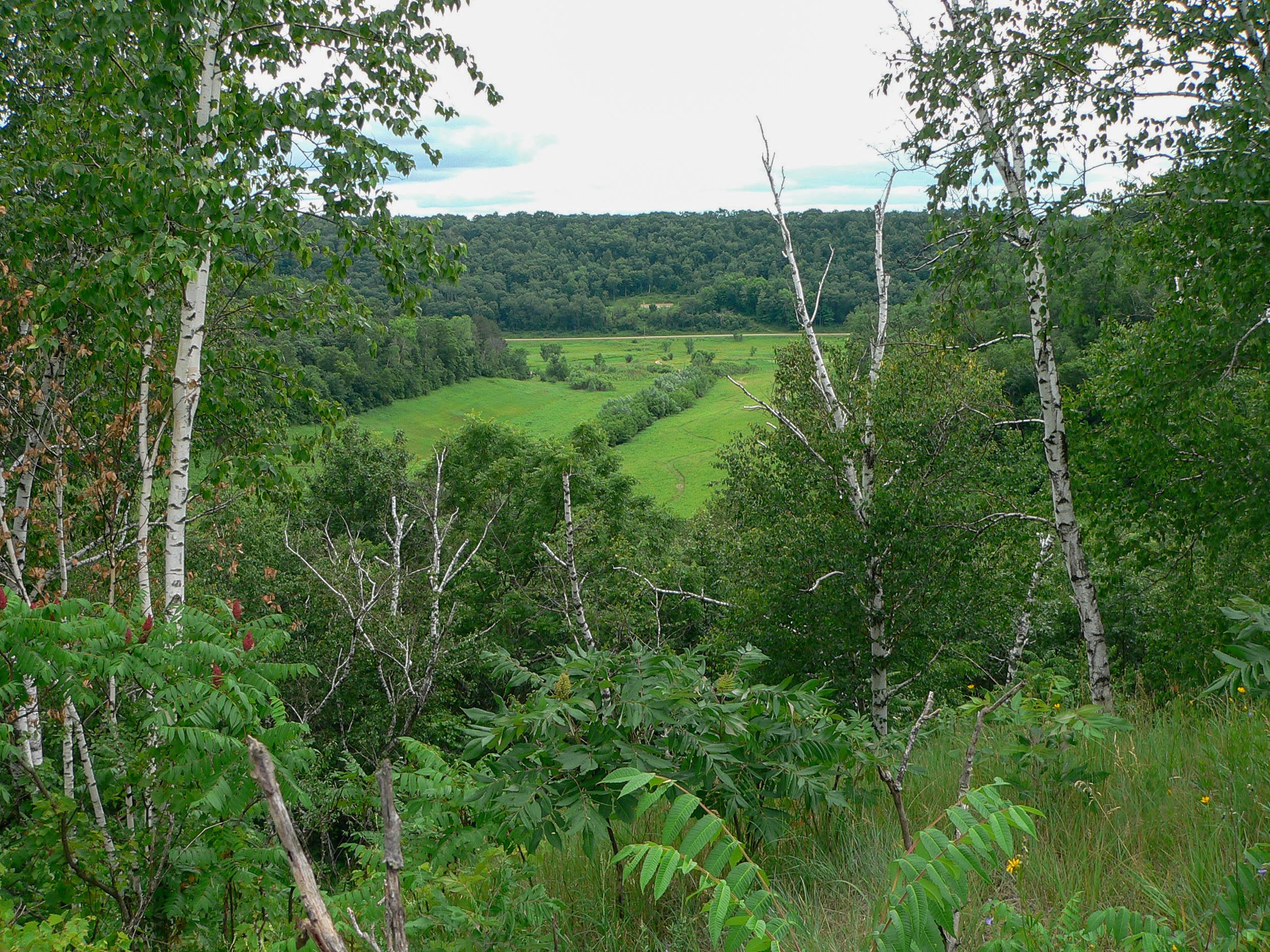 And here’s the view from that same spot taken this past summer – in early June.  The birches are nearly gone, and the prairie is sunny and open and free of brush. 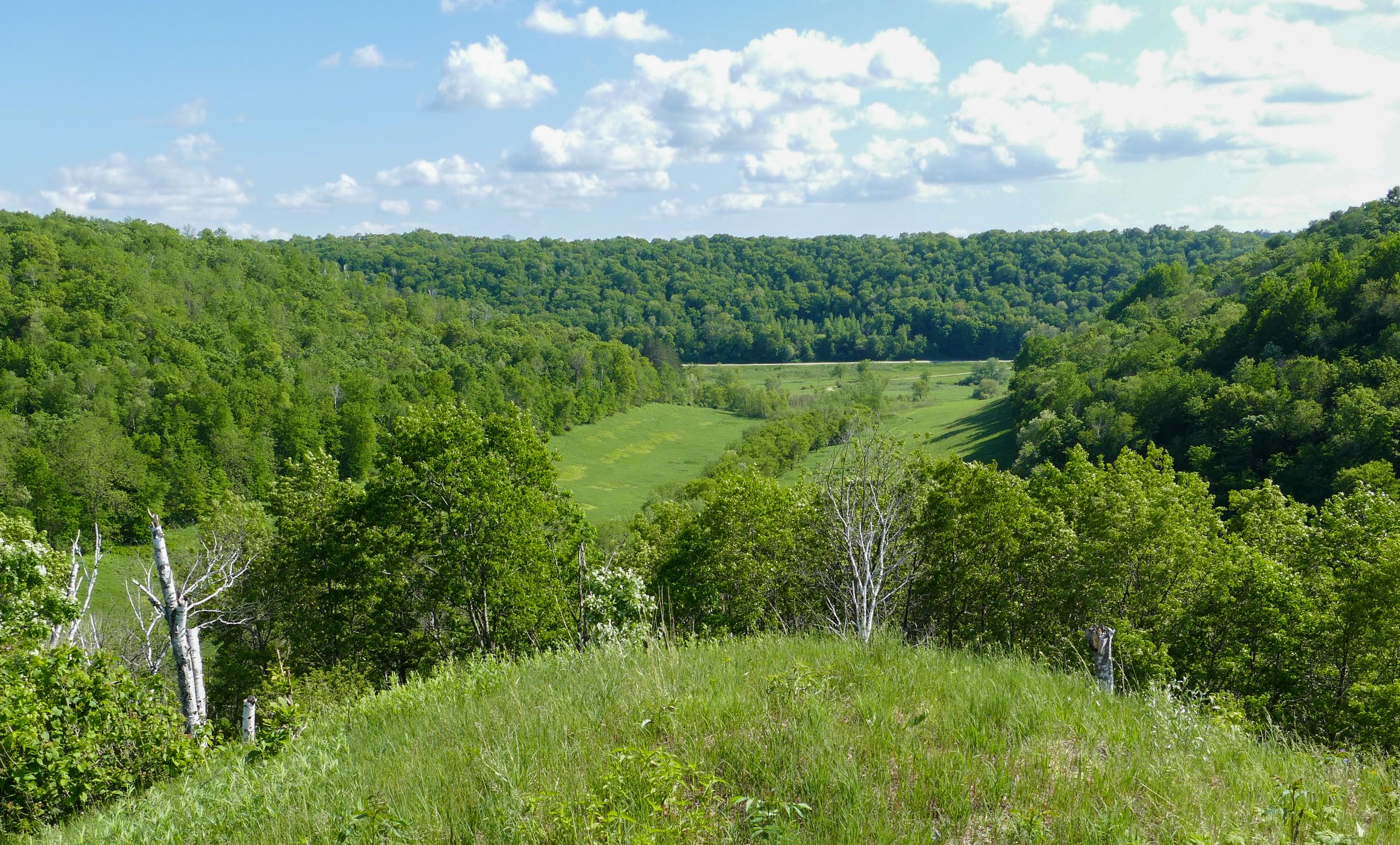 Here are some photos I took a few weeks ago – before the snow arrived. 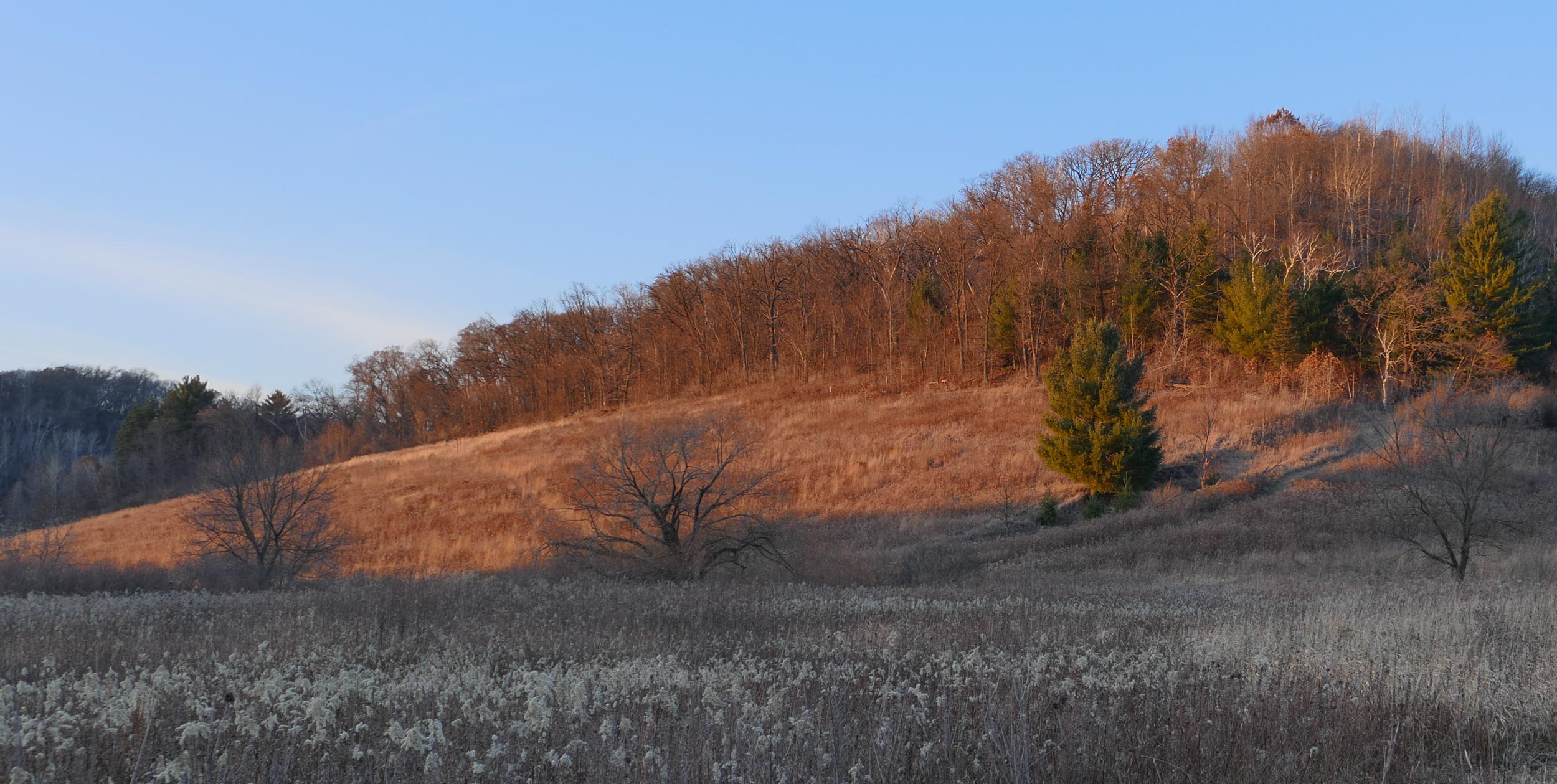 The path into the Knife Edge Prairie 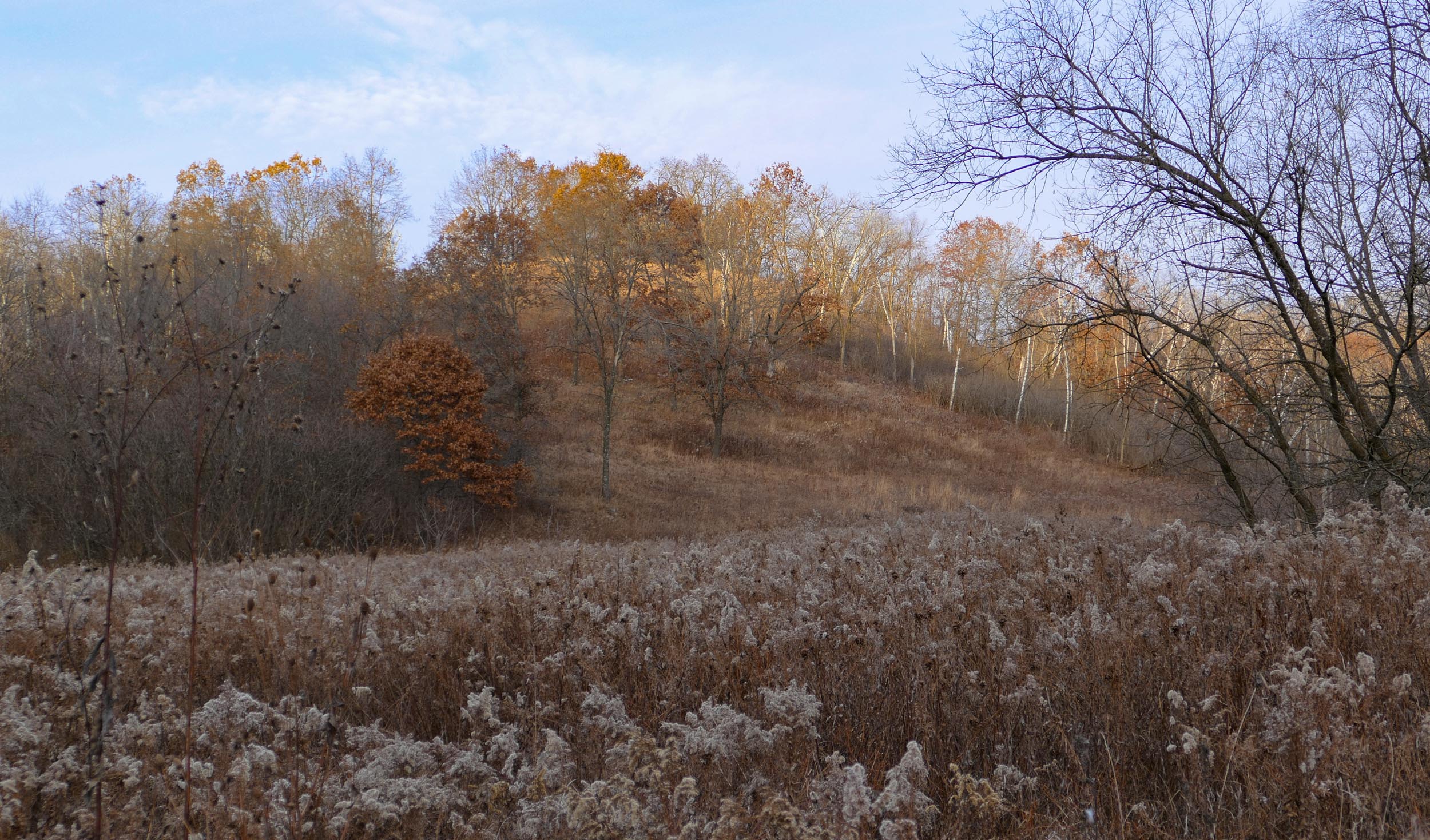 Oaks on the ridge in the Narrows Prairie 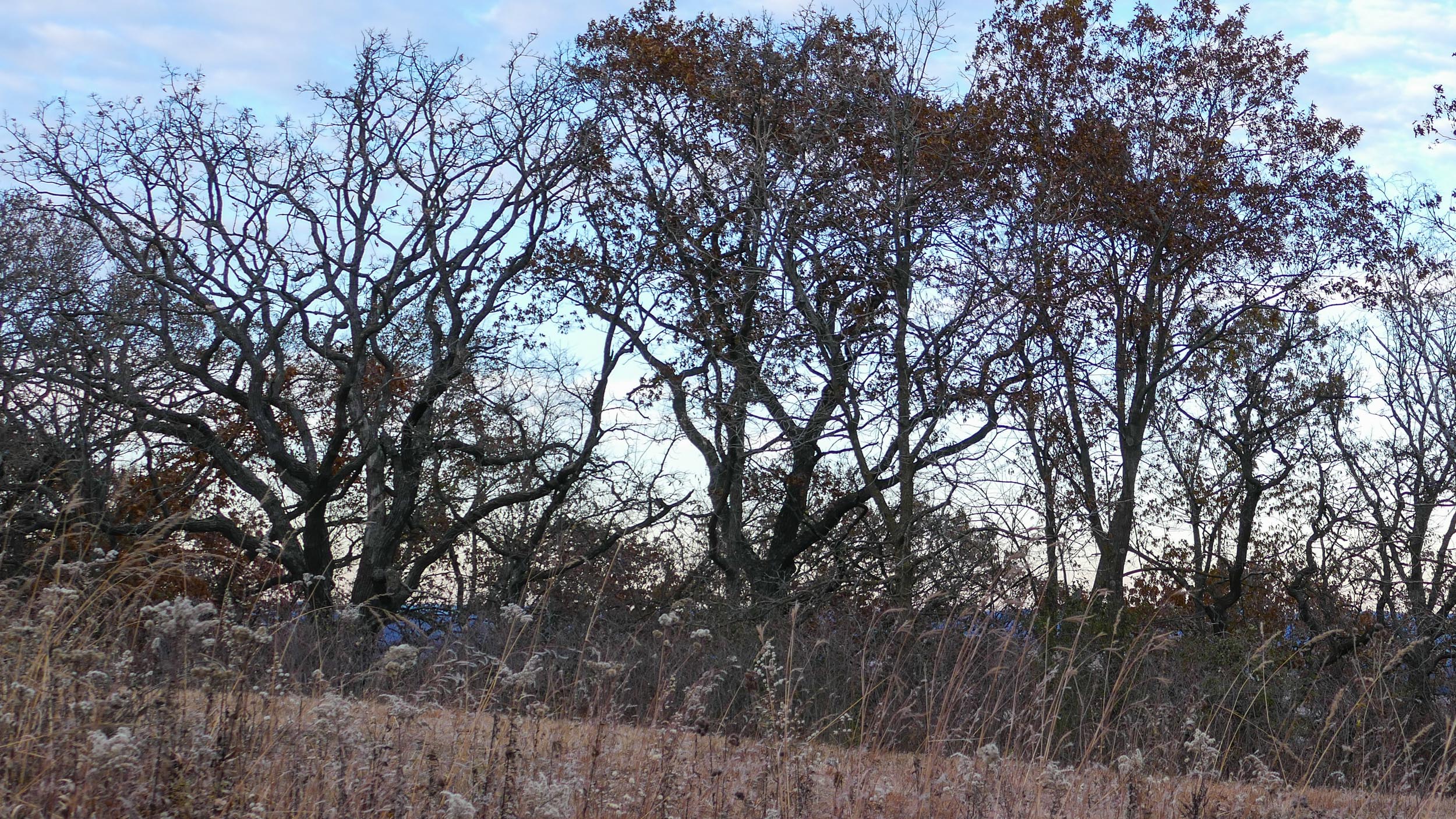 I found this group of tiny mushrooms growing on a rotting log – the largest cups are 3mm across.  They’re called Yellow Fairy Cups.

They have short stubby stalks, which does make them look like tiny goblets.

Buffalo Ridge Prairie – after one of the smaller storms, when it was still easy to walk the upper prairies.

This was the big storm, bringing snow that looks like it will stay all winter.

Sumac Prairie, the creek, and the wetland 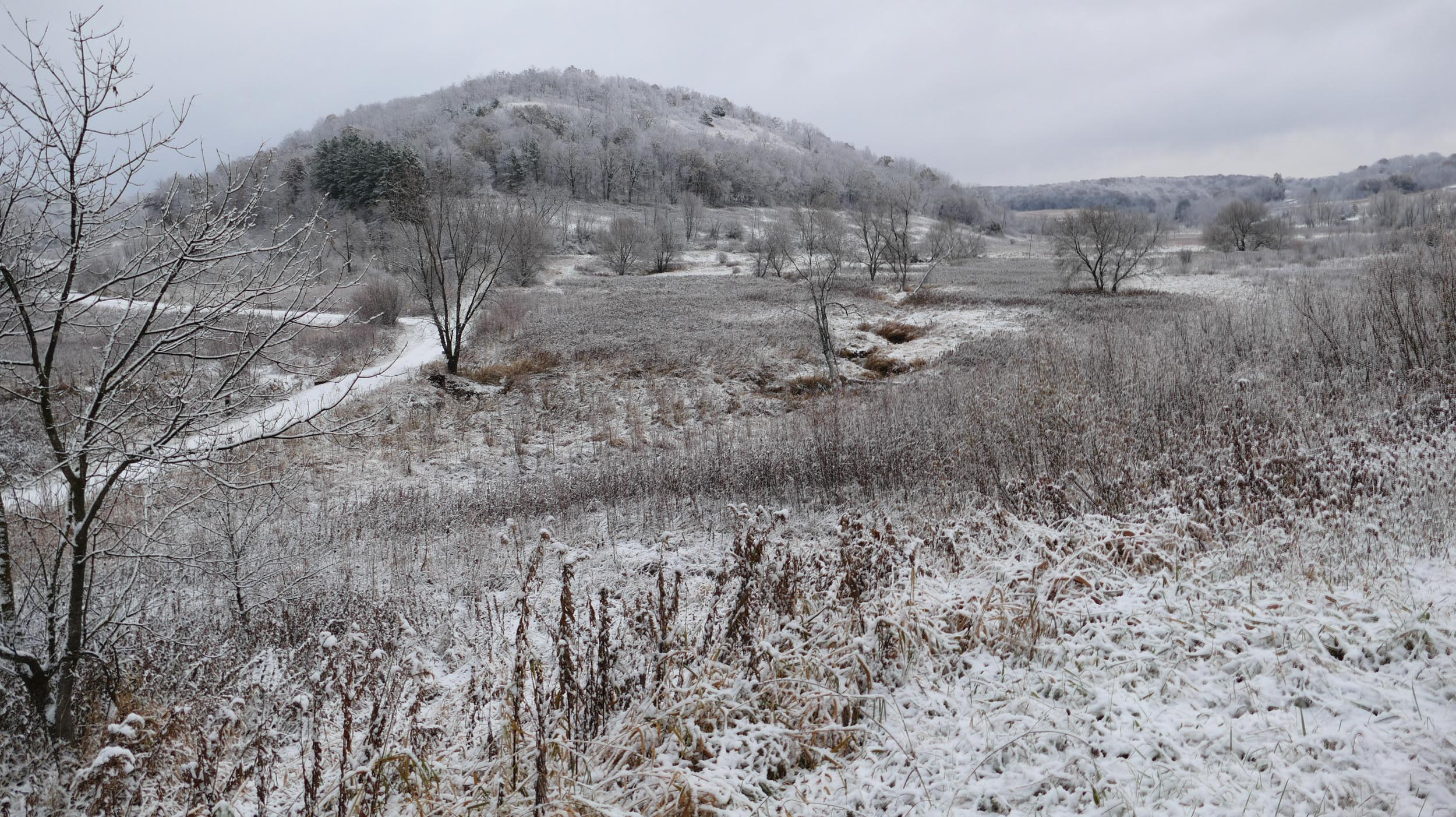 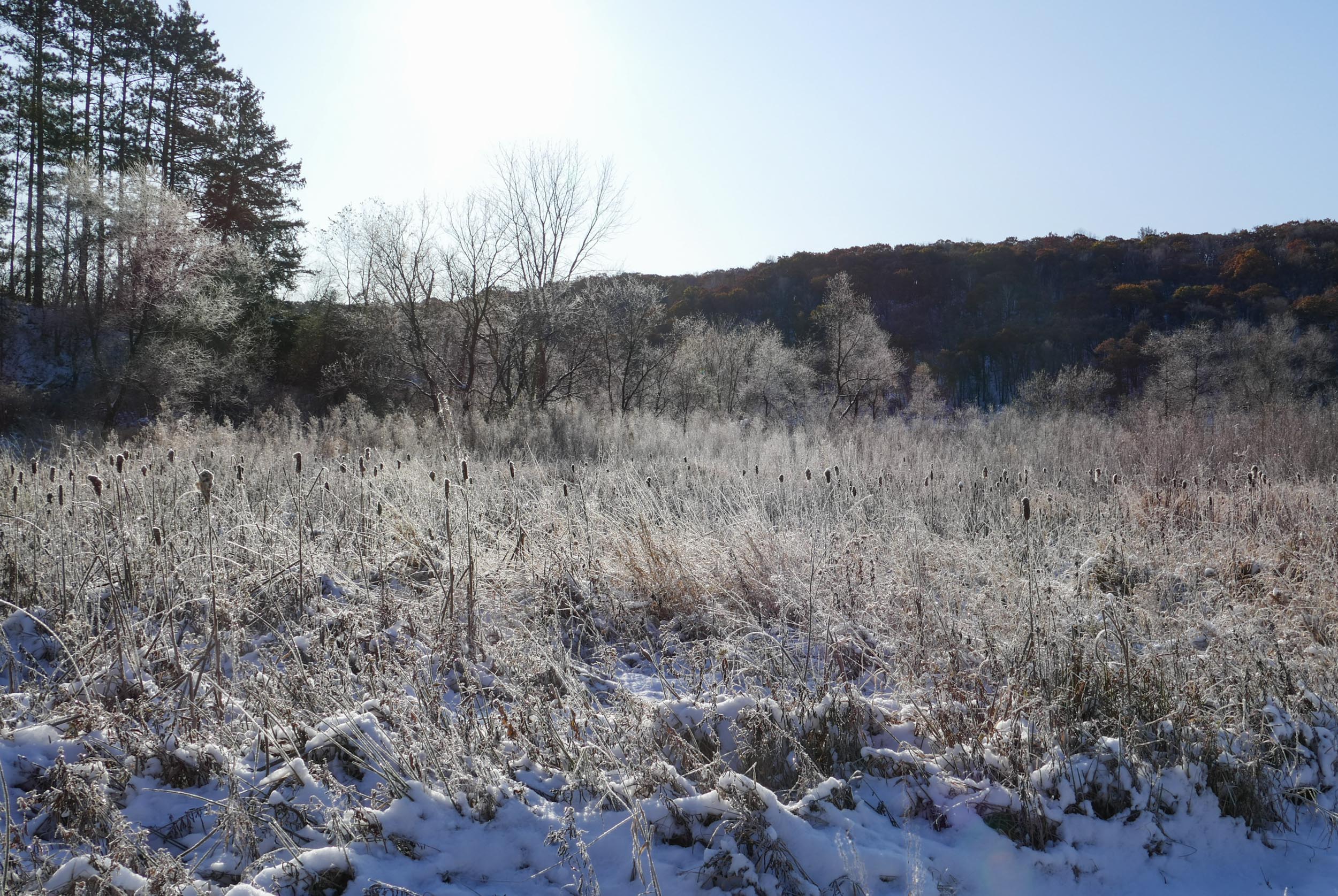 Indian Grass hillside – savanna that we cleared a few years ago. 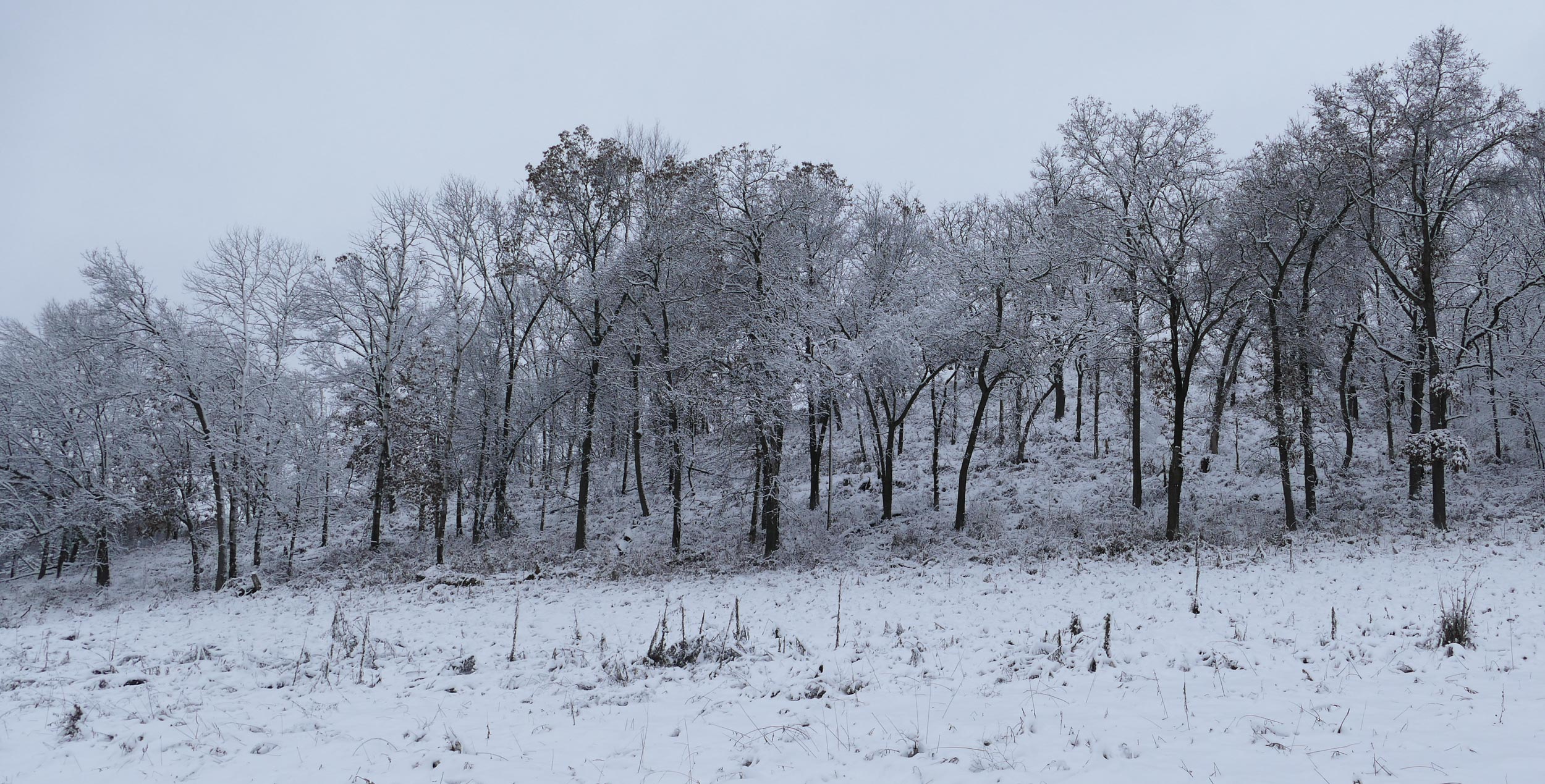 I have to look harder for insects these days.  I still find a few in the snow, especially on the warmer days.

This is a Ctenucha Moth caterpillar.  They spend the winter as larvae, and come out to wander around when the temperature gets above about 20F.  The adults are common summer day-flying moths with black wings, orange heads, and iridescent blue bodies. 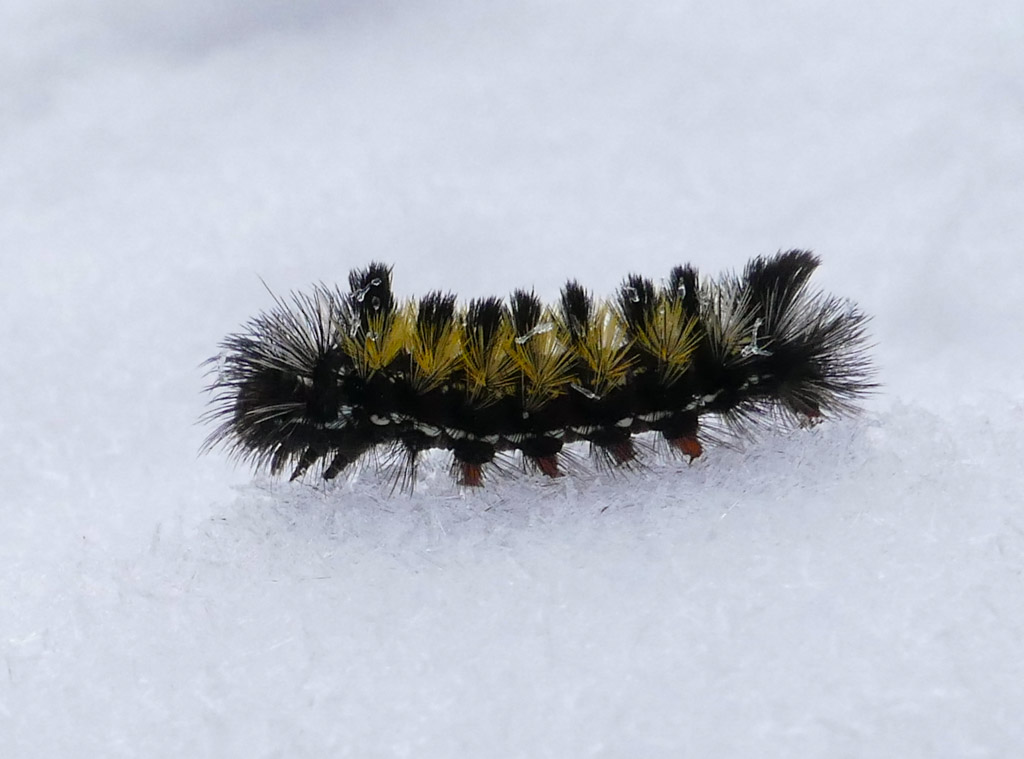 These mated caddisflies didn’t seem to mind the snow at all.  I think they are one of several species of Northern Caddisflies. 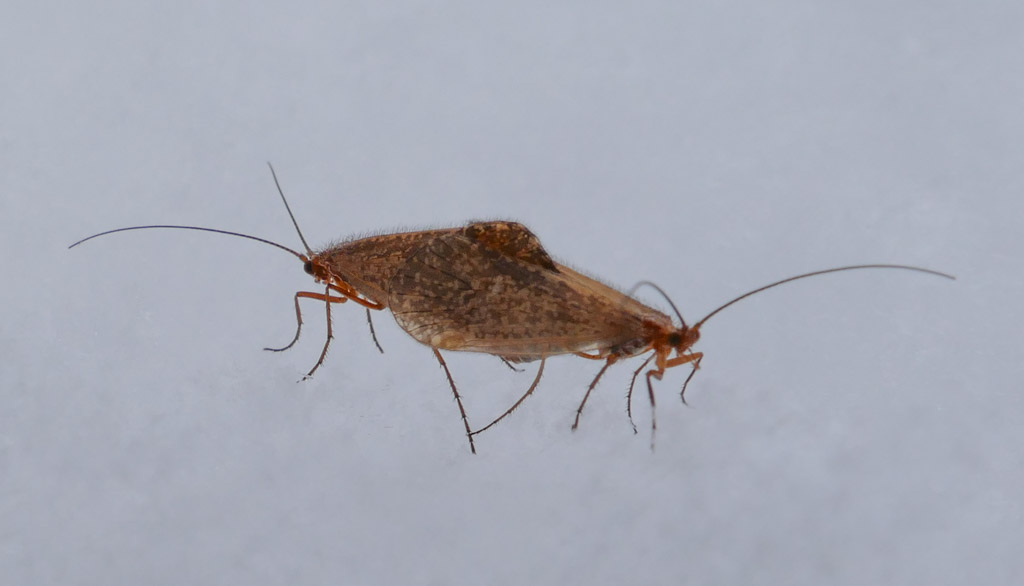 Since insects (and other arthropods) are so scarce in this weather, I look for them inside, as well as outside.   This is a tiny jumping spider that I found in our kitchen.   It’s a female Phidippus princeps – iNaturalist uses Grayish Jumping Spider as the common name. 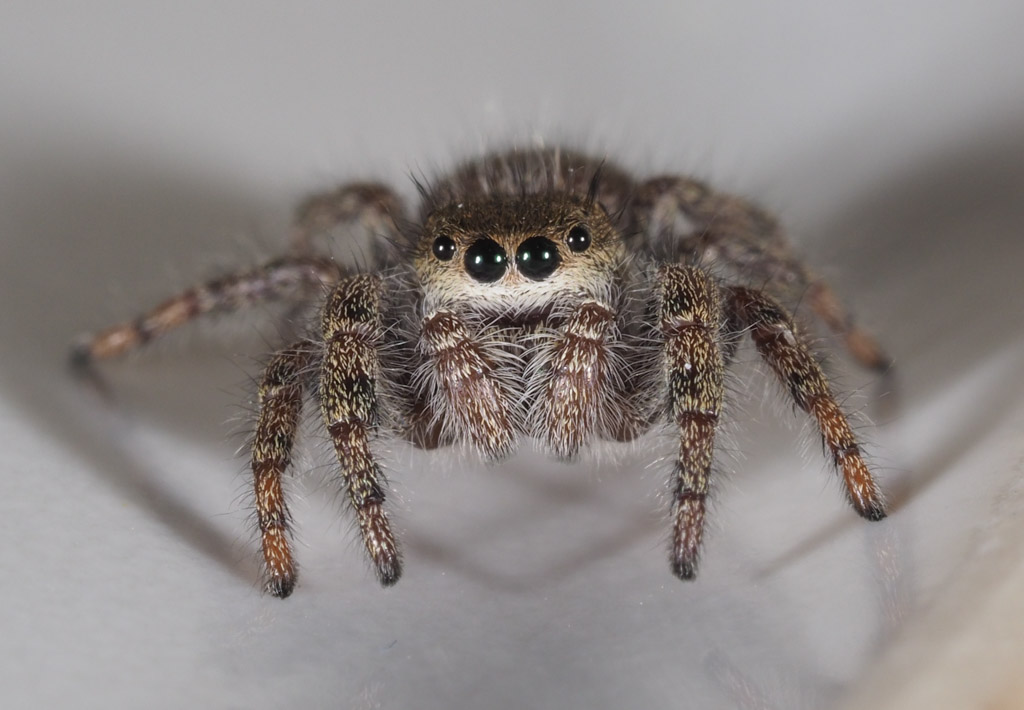 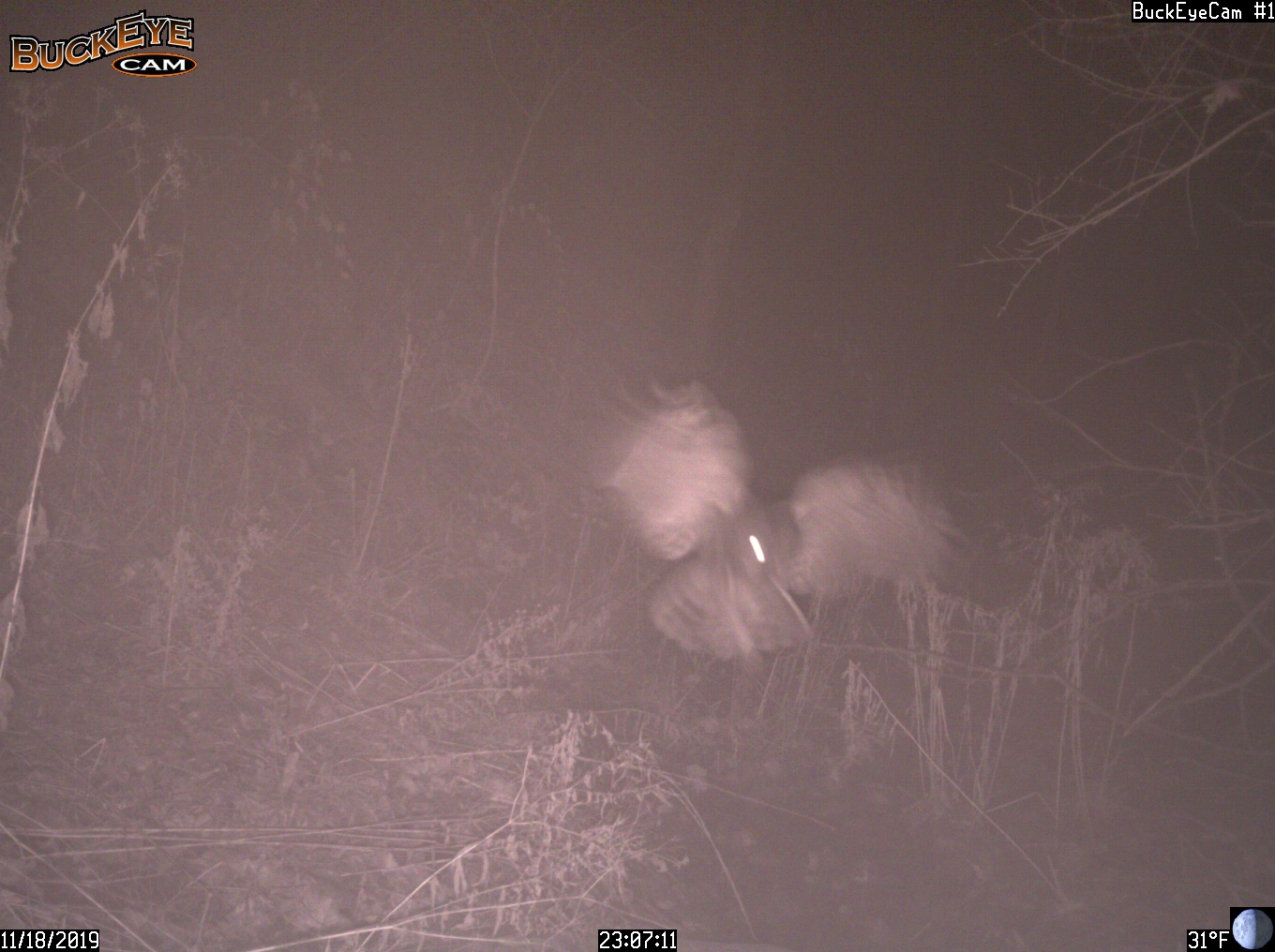 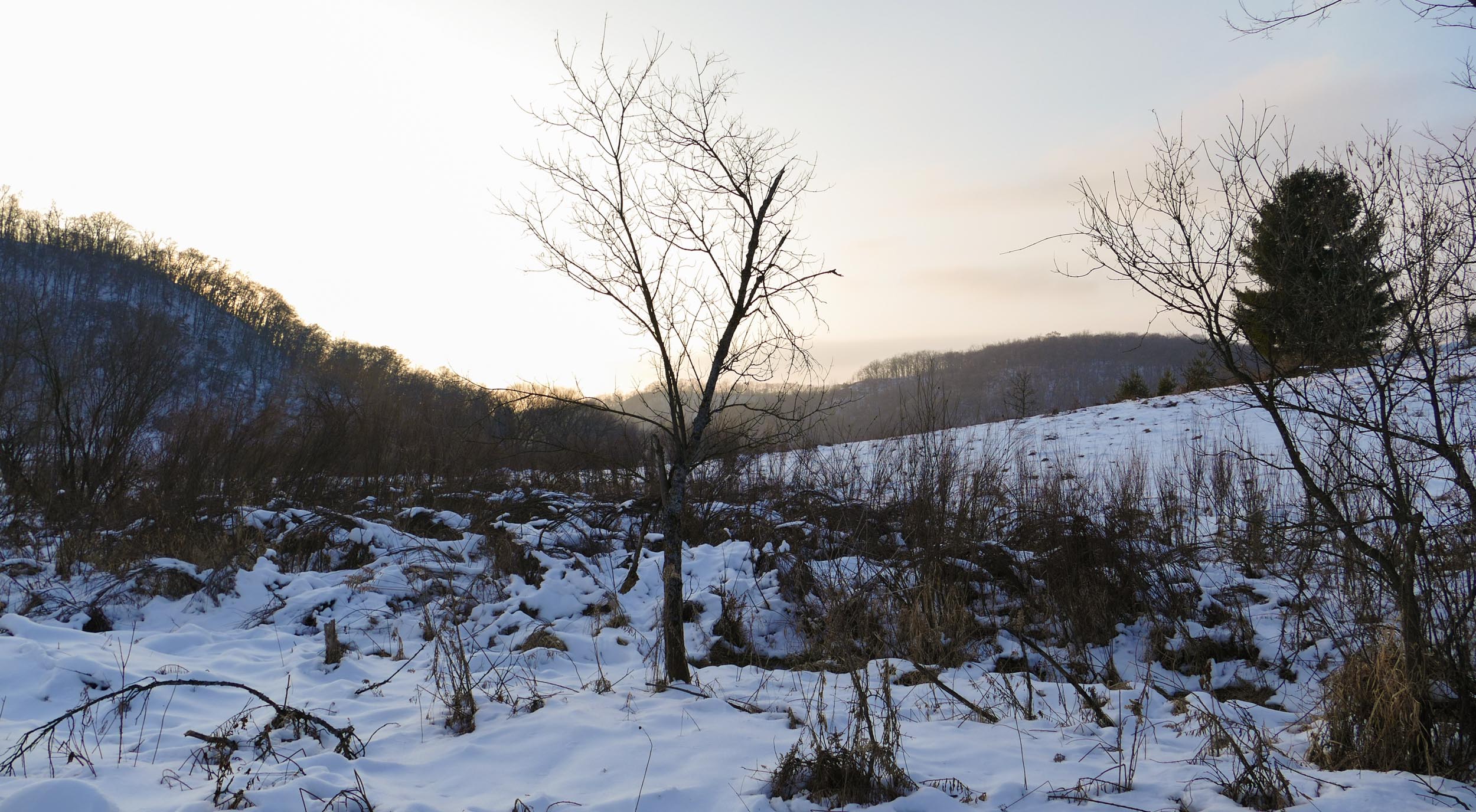