It’s still winter here, but it’s nice to see the days start to get longer.  A few weeks ago it was already dark by 5 pm – now we have about half an hour more of daylight.

We did the Golden Eagle count last weekend.  We didn’t see many Golden Eagles this time – just two juveniles – but we did see 25 Bald Eagles – more than we’ve ever seen on a count before.  We also saw two Merlins – the first time I’d ever seen one.  And a dark morph Rough-legged Hawk – which I’d also never seen before.   I don’t have any photos from the count day, but this is a juvenile Golden Eagle that Mike and I saw circling over Big View Prairie yesterday. 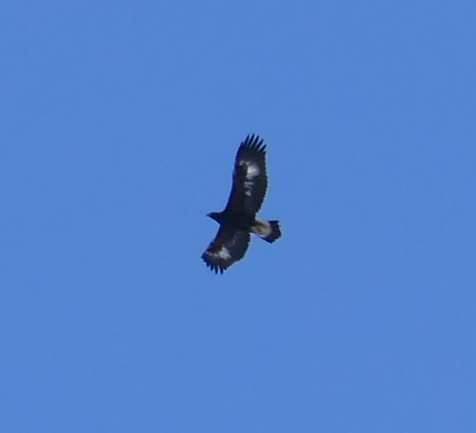 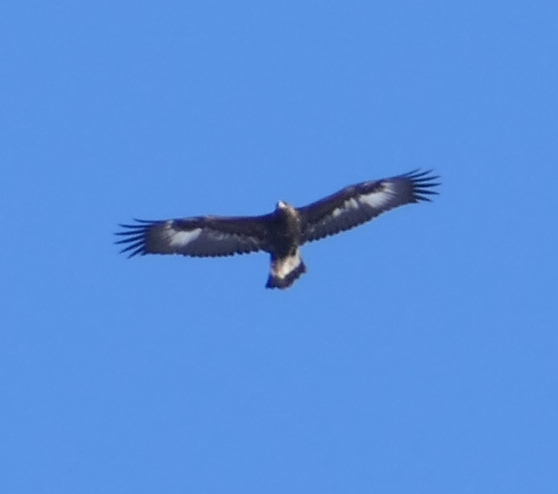 We had a couple of very exciting days on the Wildlife Cameras.  A few nights ago a bobcat was hunting on the beaver dam. 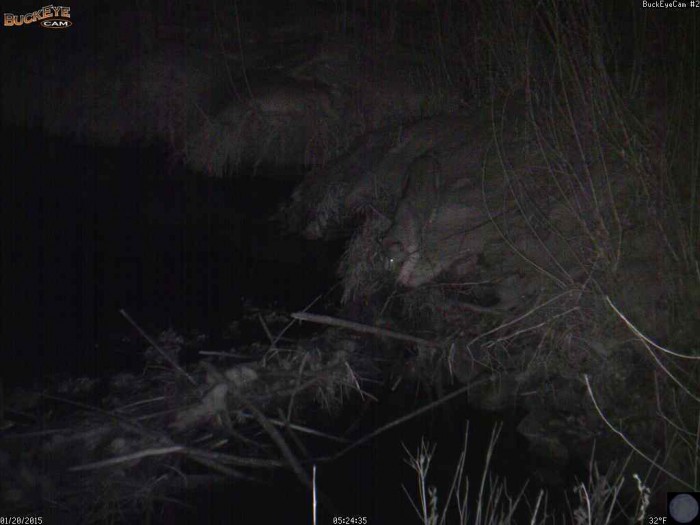 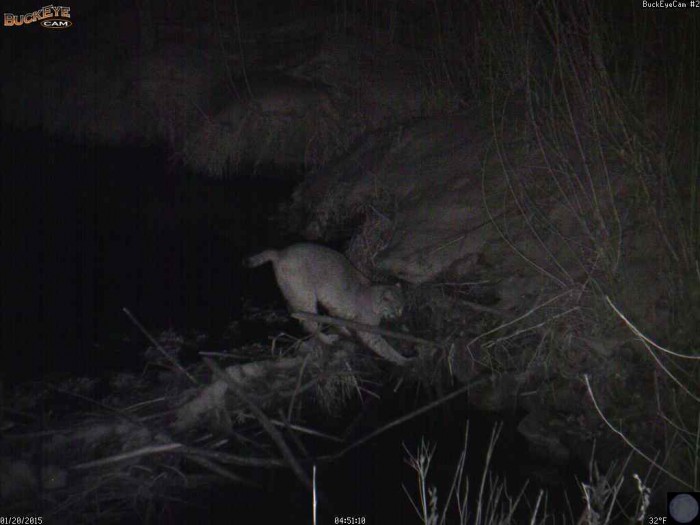 We think that it caught, but only partially ate, a raccoon.  The Bald Eagles spent the next two days eating the rest of it. 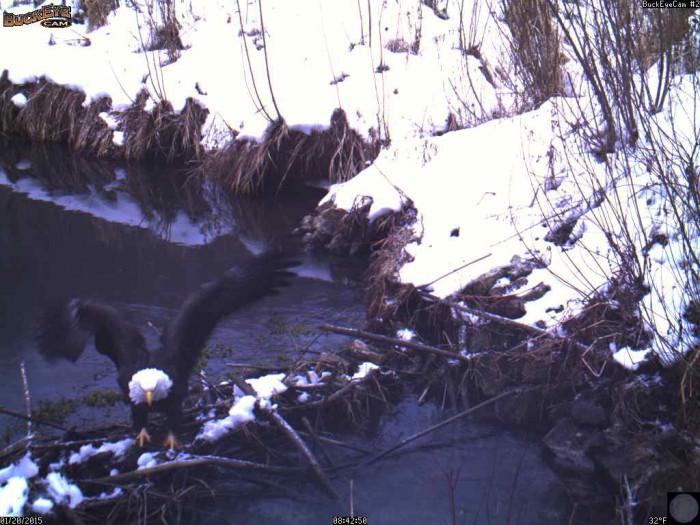 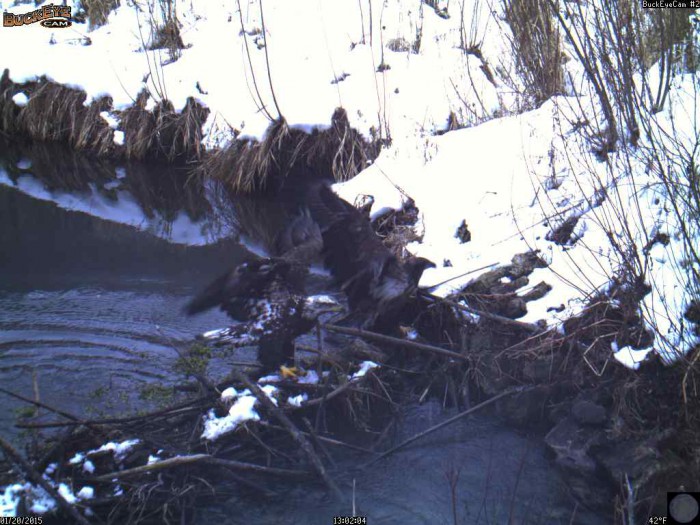 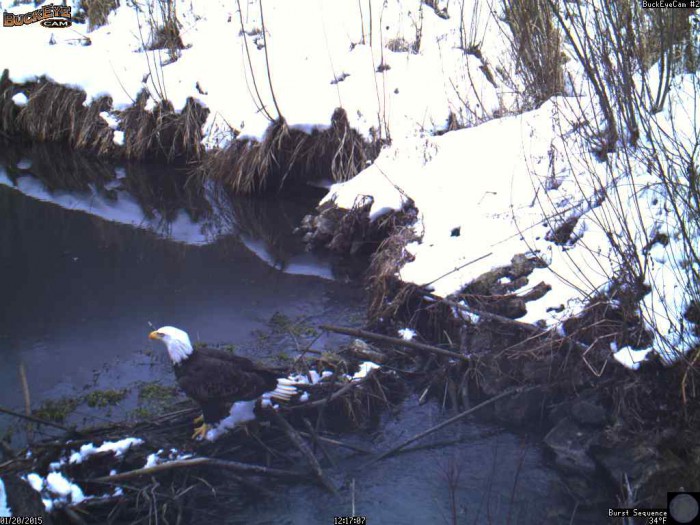 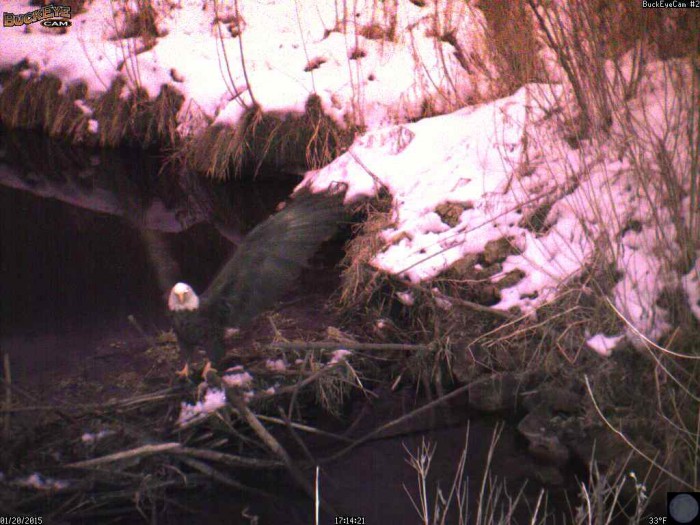 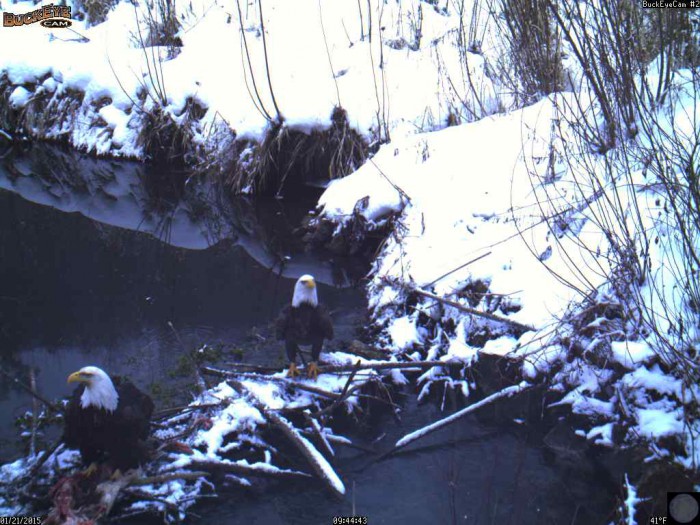 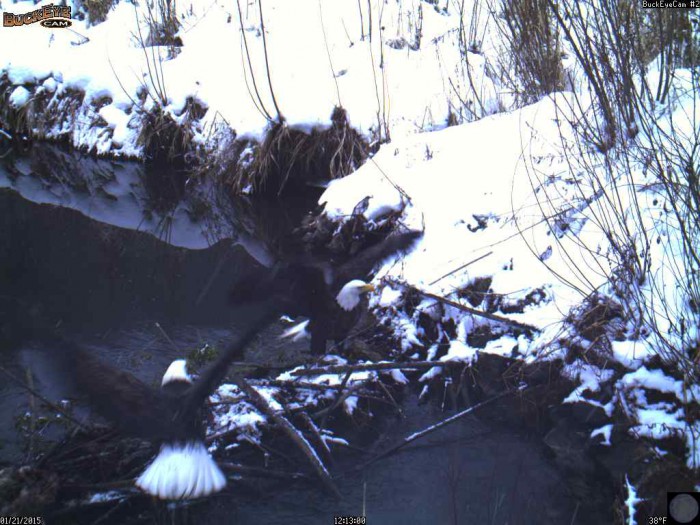 Here are a few more wintry pictures from the last few weeks.

Frost on the window during the cold spell in the first week of the new year. 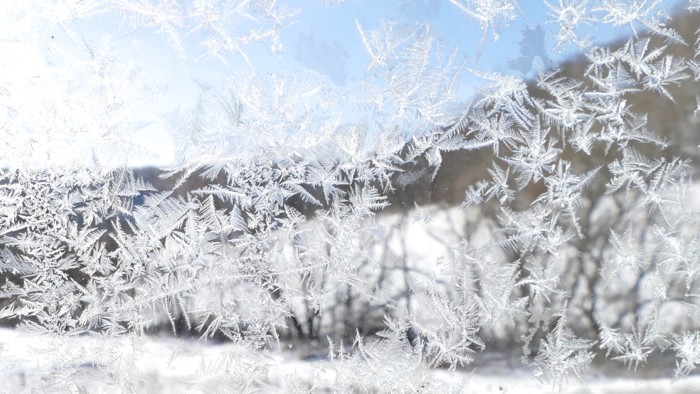 When it’s very cold, hoarfrost forms on the willows along the creek. 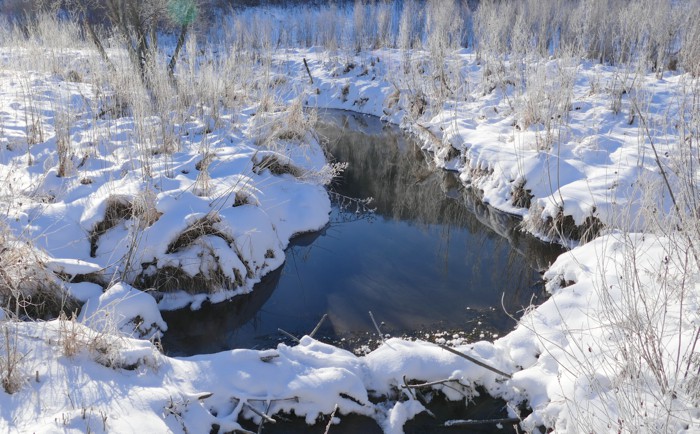 Buffalo Ridge Prairie – Mike plowed some of our walking trails so we can visit the prairies on top of the hills.   (He only got stuck once.)  I’m not sure he’ll be able to do it if the snow gets much deeper. 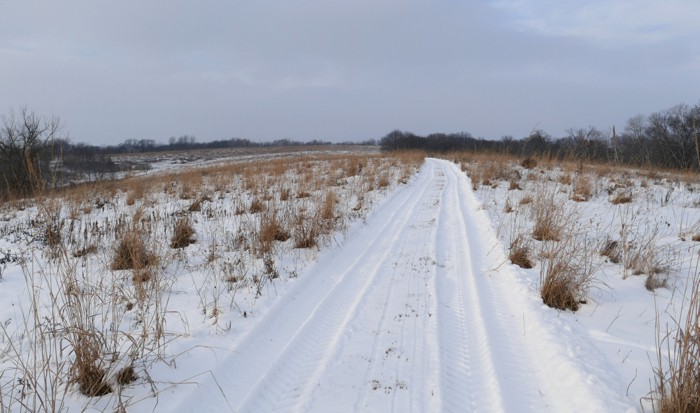 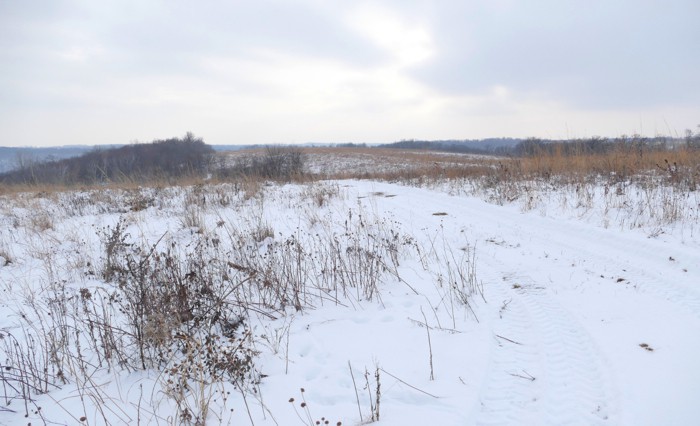 Sumac Prairie – This is a south-facing slope, so when the sun shines for a few days, the snow starts to disappear. 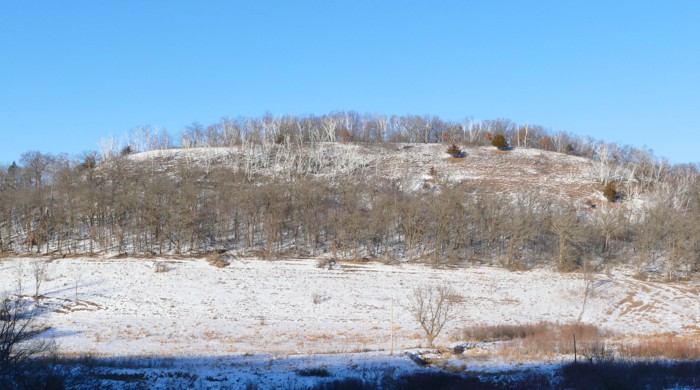 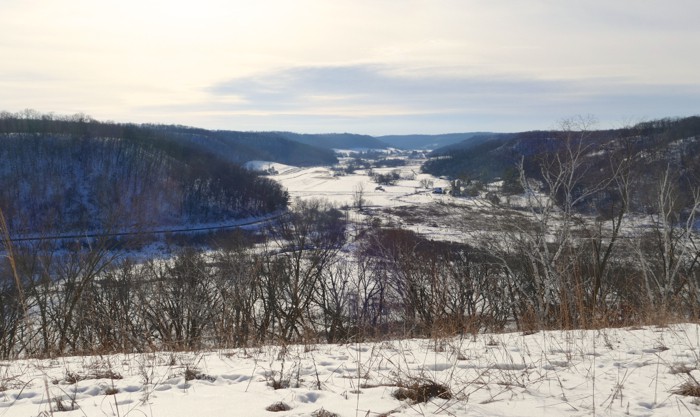