It’s starting to feel like spring!  It’s been a cold but not very snowy winter, and then late last week it suddenly warmed up from below zero, to highs in the 50s and 60s (F).  So we’re doing all the usual spring things – celebrating the snow melt, driving through mud in the driveway, and listening to the Cardinal’s spring song.

This is when it was still winter – the end of February. 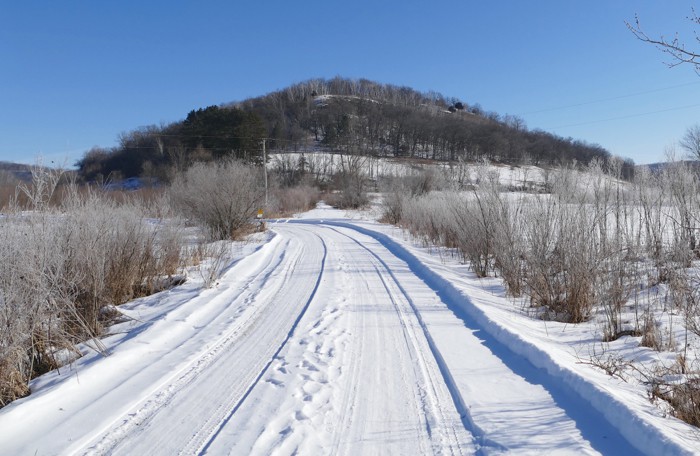 Deer watching us walk down the trail 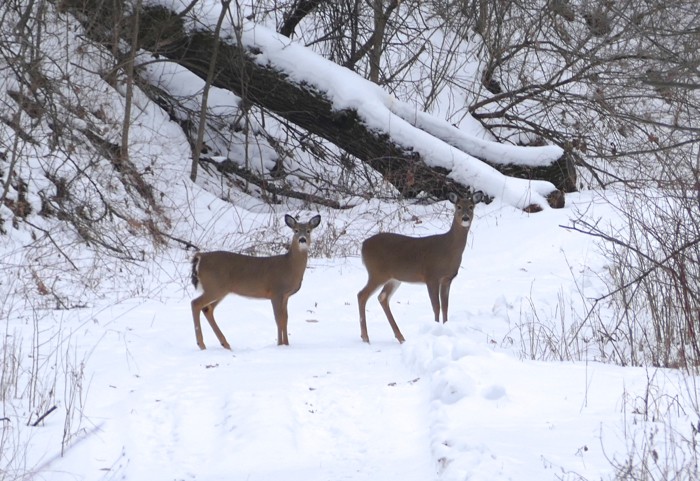 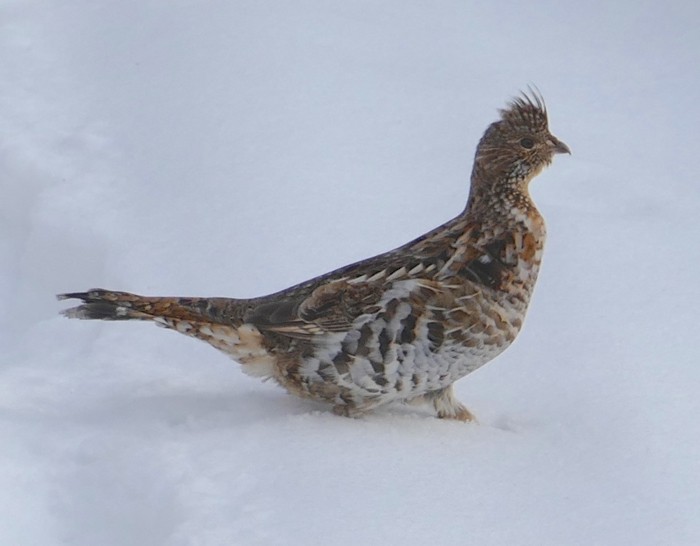 An oddly colored American Goldfinch.  This kind of coloring is called ‘leucism”.  Unlike albinos which have red or pink eyes, leucistic birds have dark eyes.   Leucisitc Goldfinches aren’t very common – I’d never seen one before. 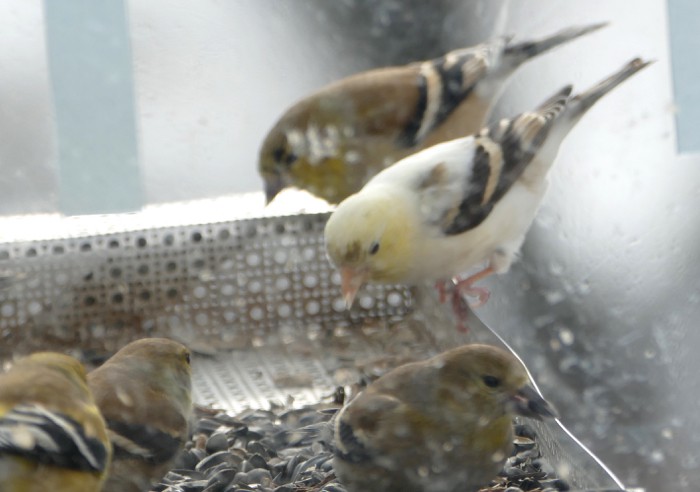 We don’t sit on our benches as much in the winter, but we enjoy it when we can.  This was a was a cold day but without much wind. 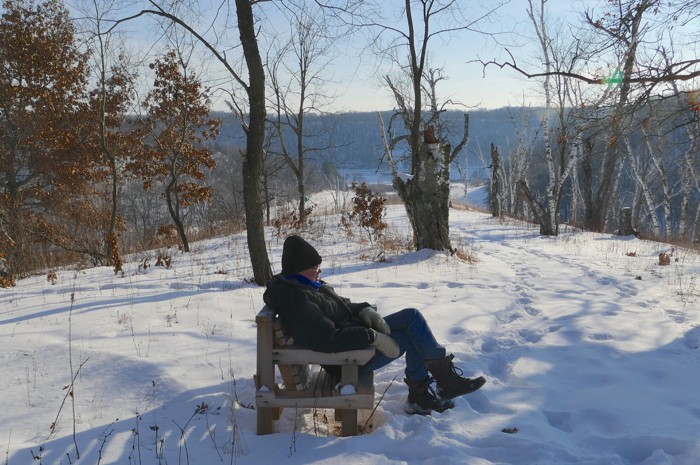 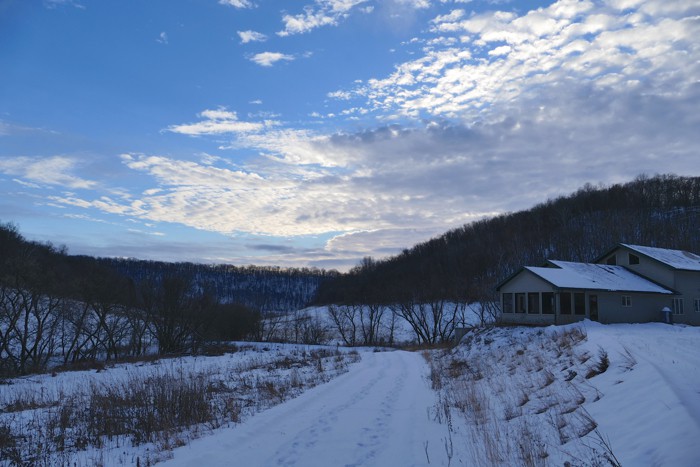 Kyle – a lepidopterist friend who is especially interested in moths came to visit.  It was very cold, but we hiked around and pulled bark off dead trees to see if we could find moths hiding underneath. 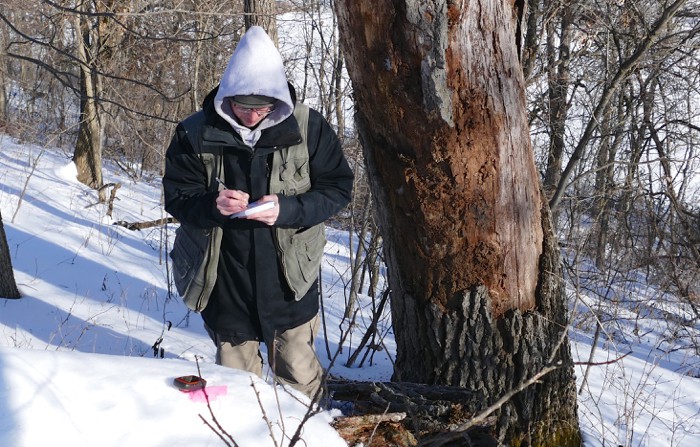 We found 3 moths – two species – the only moths I’ve ever found in February.

This is larger of the two species – Agonopterix paulae – (there’s no common name).  It’s still quite small – about 1/2 inch long. 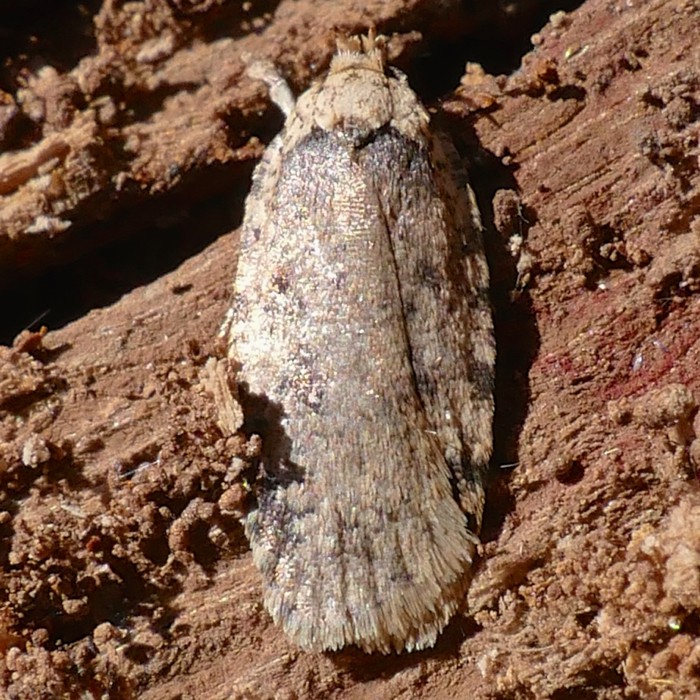 This was the smaller of the two.  It’s so tiny that it would be very hard to find if it wasn’t bright white.  It’s a Leaf Blotch Miner Moth, probably the one that eats the leaves of Wild Grape. 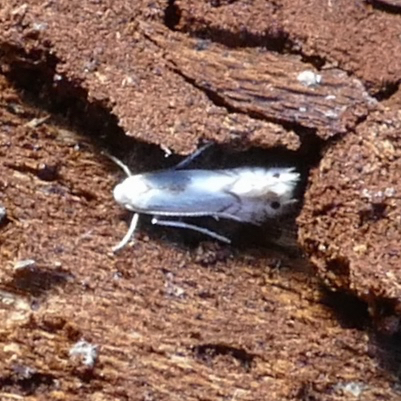 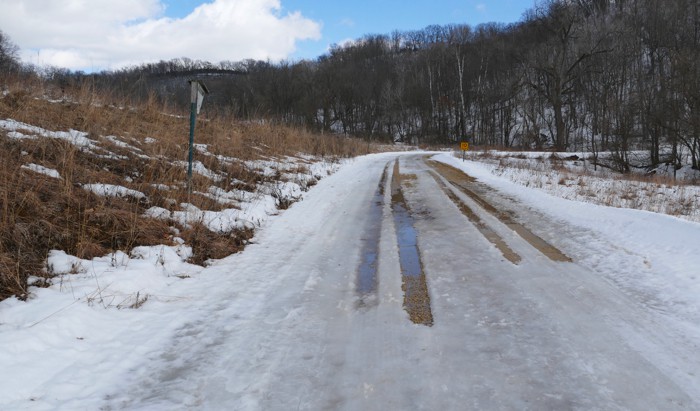 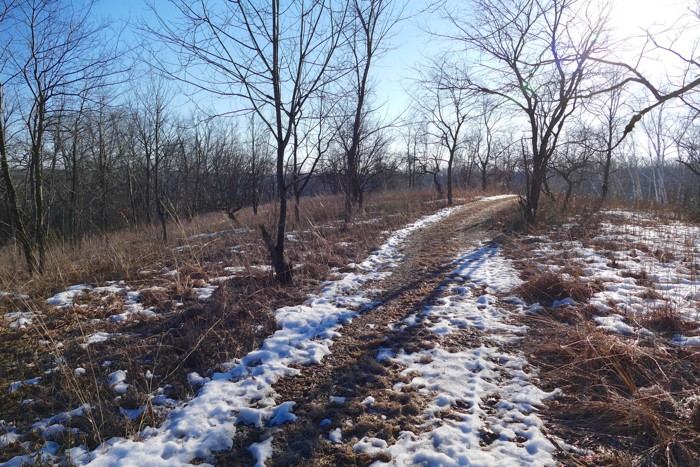 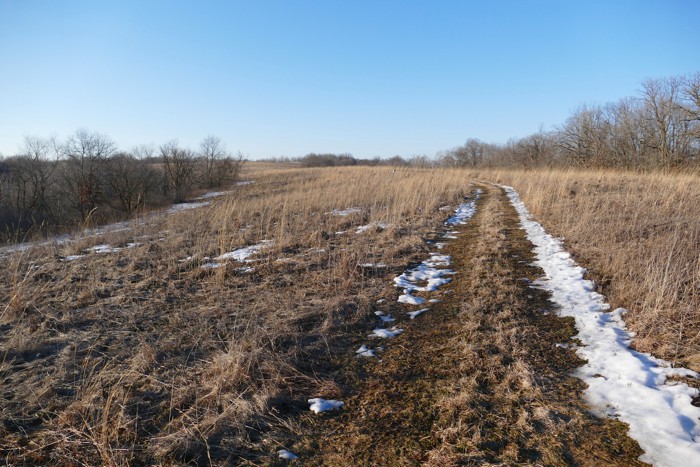 Big View Prairie with the view of Praag Valley 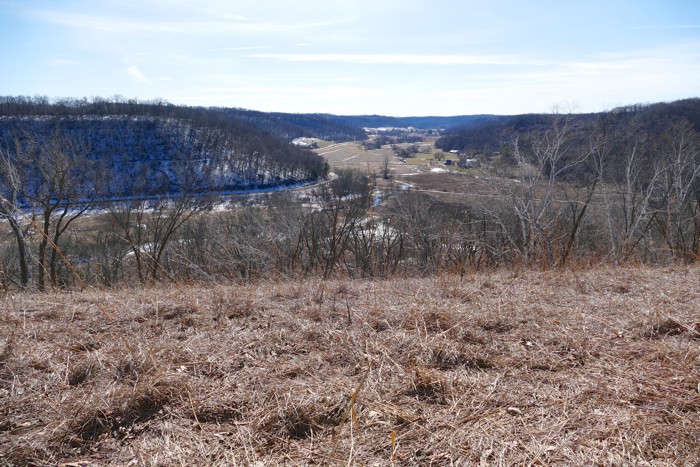 I put moth bait out on some trees along the driveway this week, and attracted some early flying moths. 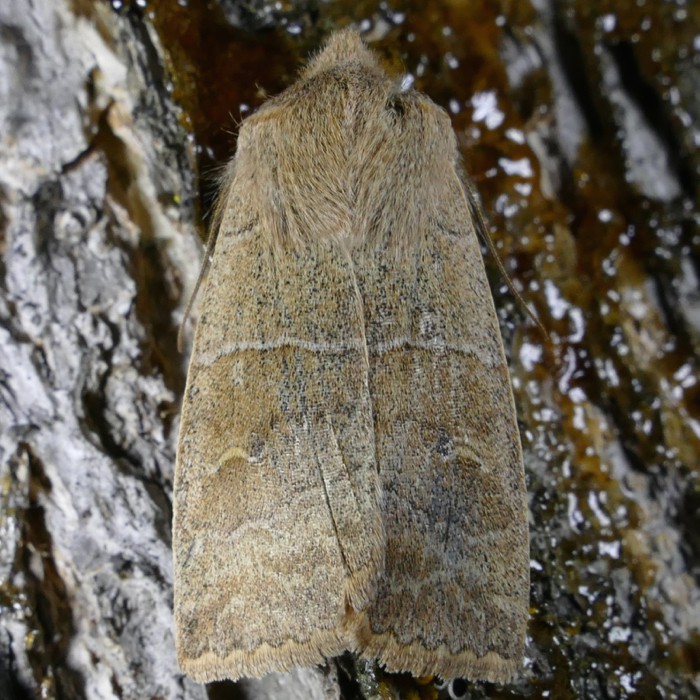 One of the Pinions – Lithophane – I’m not sure which one. 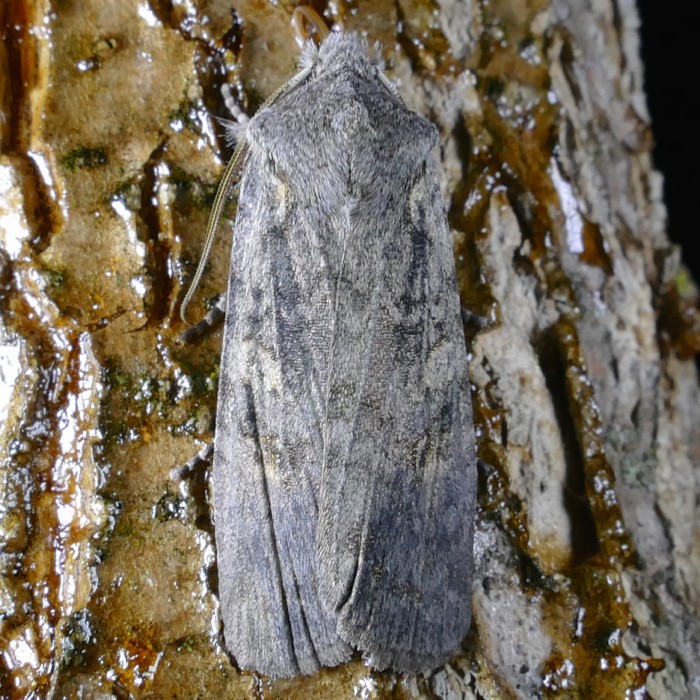 And a few of my favorite trail camera photos from the last few weeks: 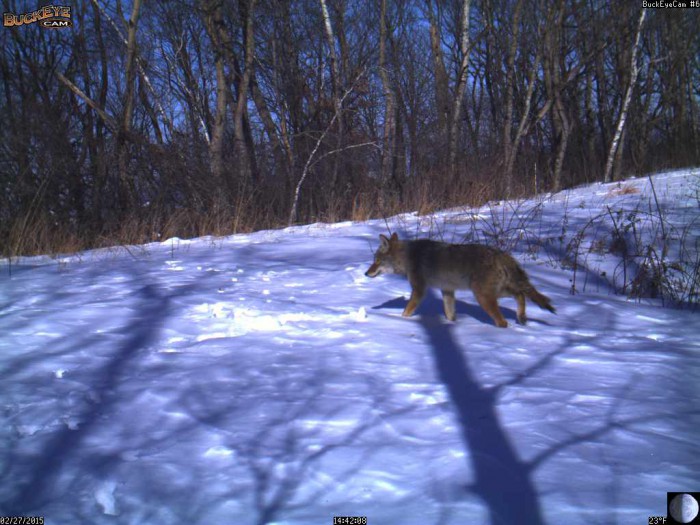 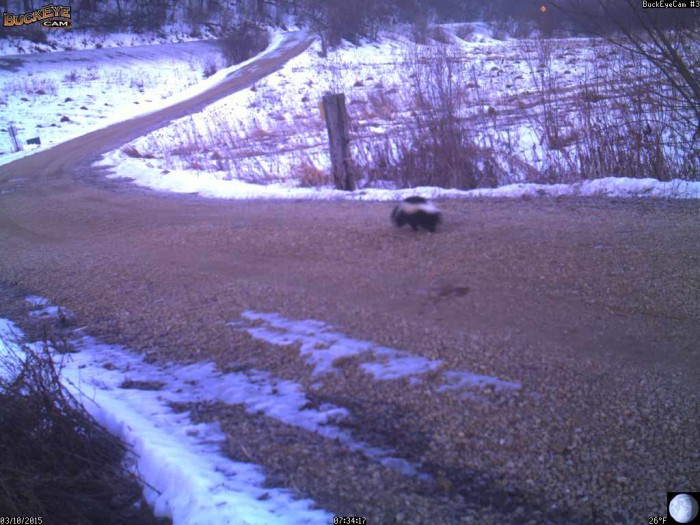 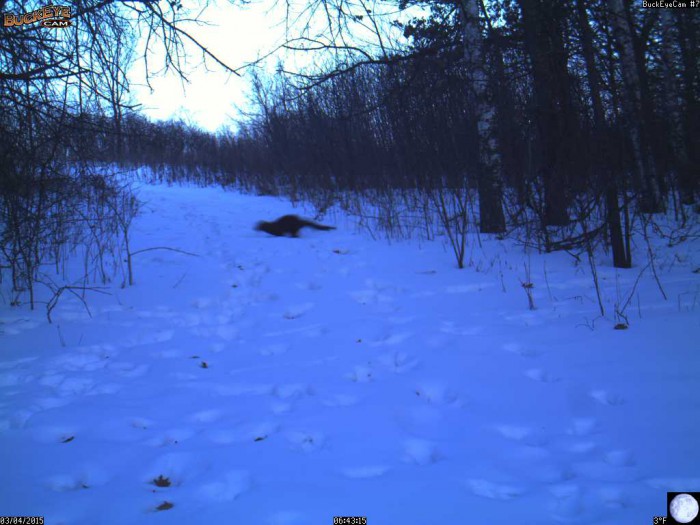 Woodchuck – the woodchucks that had been living in the rocks behind our house disappeared a few years ago.  It’s nice to see that we still have some – in a different part of the farm. 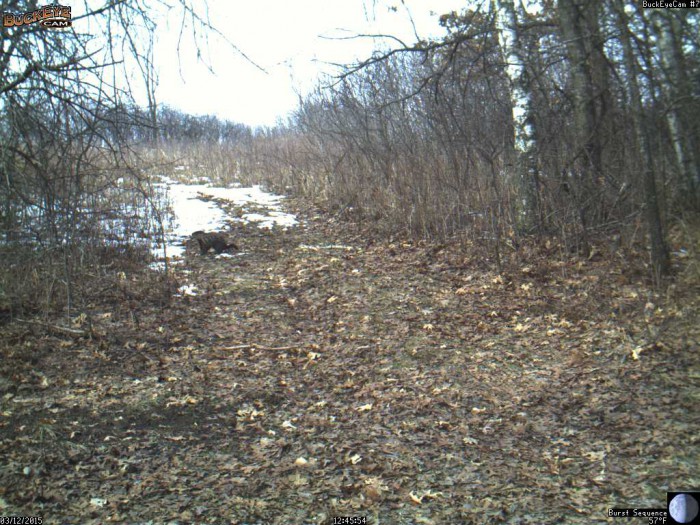