This weekend Emmet Judziewicz from the botany department at UW Stevens Point came to visit with two of his students. They were interested in seeing our bluff prairies and collecting plants for the herbarium. It was great fun – they loved the prairies and the scenery, and they collected lots of plants.

We spent the morning visiting some of our prairies – Hidden Oaks Point, the Knife Edge, Starflower Opening and Sumac Prairie. In the afternoon we visited some neighboring prairies.

Here are some scenes from our explorations: 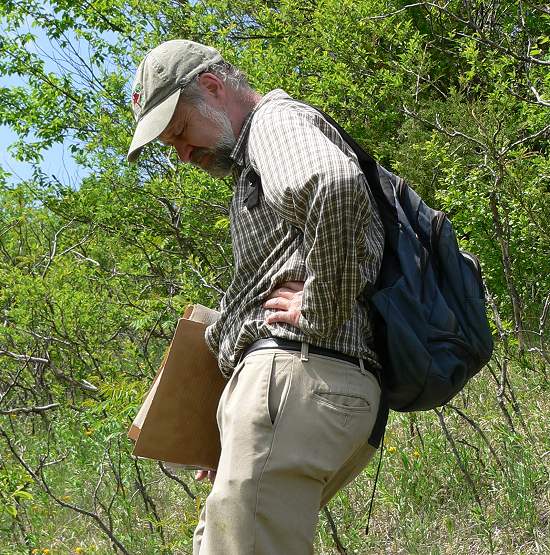 Rob and John on Rob’s prairie 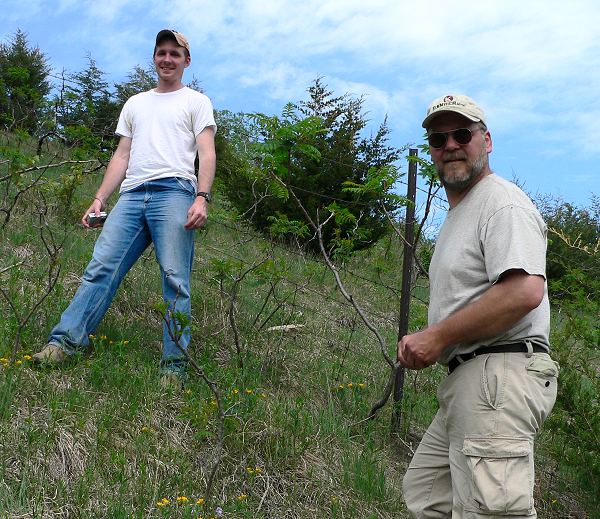 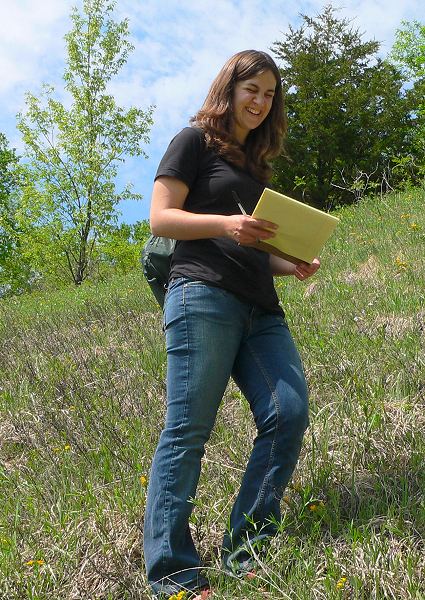 This is one of the amazing views from Rob’s prairie. 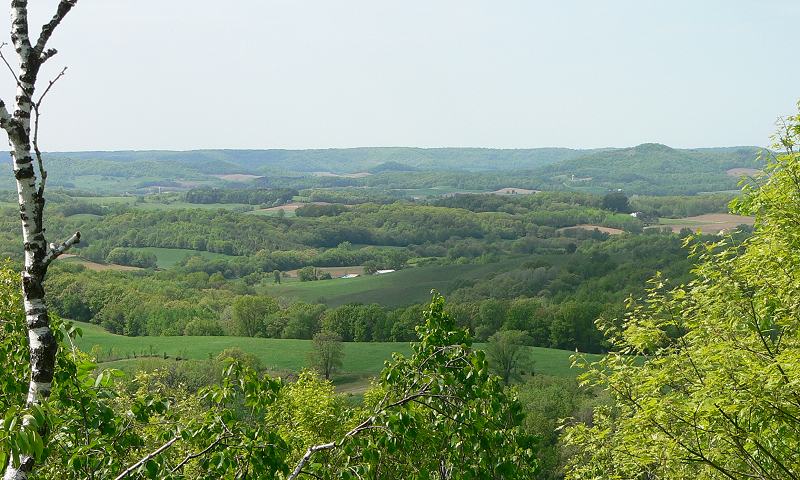 We found an unusual violet on Sanctuary Ridge – a friend’s prairie down the valley. It’s Viola X palmata – a natural hybrid between two other native species. 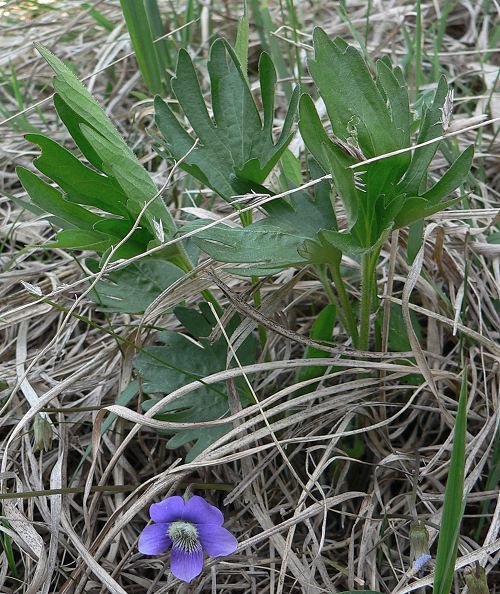 And we found some Downy Paintbrush (Castilleja sessiliflora) in full bloom. 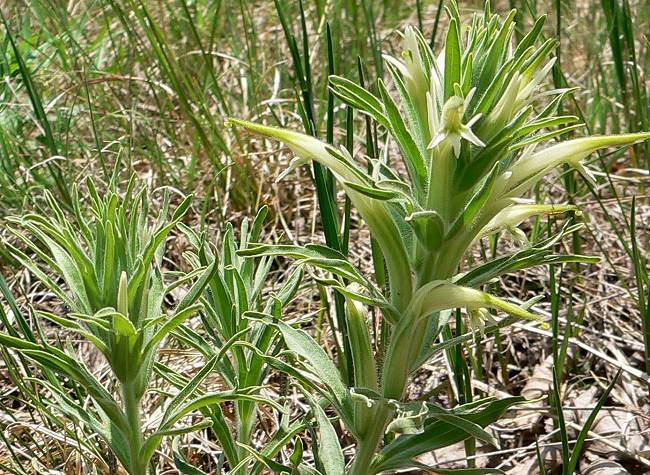 I learned to recognize some ferns that I hadn’t known before. 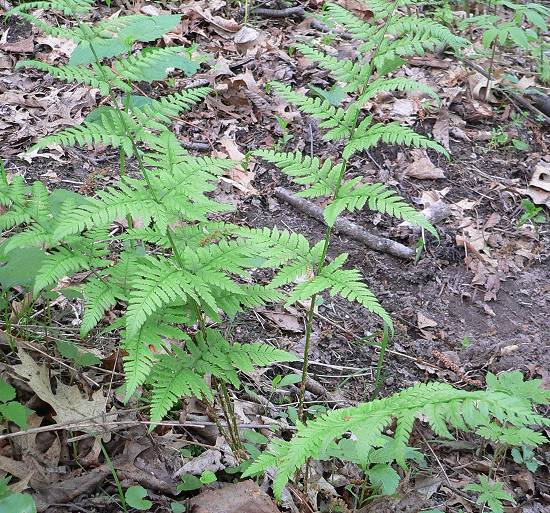 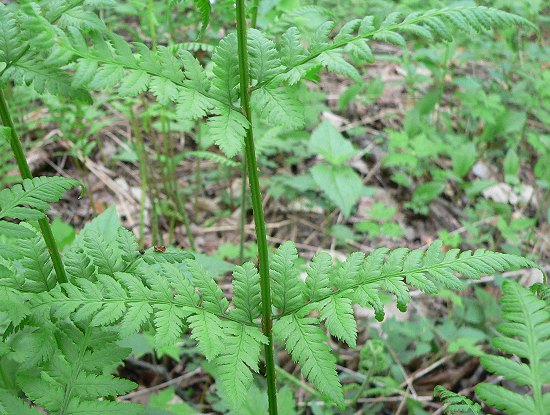 Emmet collected some sedges and rushes – other plants that I don’t know very well.

Here’s a Common Wood Rush (Luzula multiflora) – a rush that I’ve never noticed before. It’s a tiny plant – only about 4 inches tall – growing along the path to Starflower Opening. 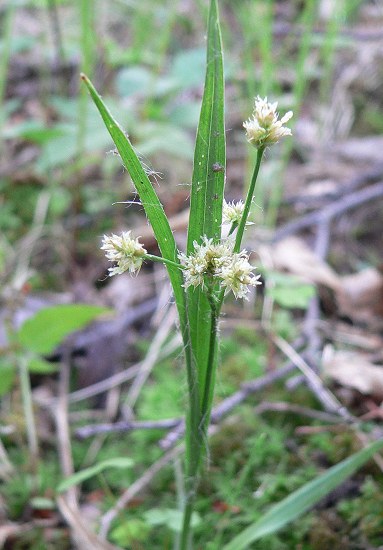 One sedge he collected turned out to be one that’s only been collected in Wisconsin three times before. I’m going to try to get a photo of it this week – hopefully I’ll be able to find it again.

The other activities this week mostly involved girdling aspen – I’ve almost finished all the aspens on Sumac Bluff. This is looking down the hill at the ones that Arlene and I worked on a few weeks ago. 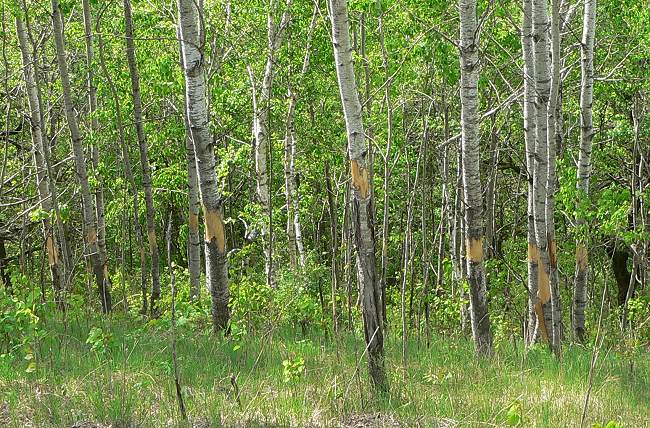 I’ve finished the rest of that area, and done most of the ones closer to Sumac Prairie.

The Blue-eyed Grass (Sisyrinchium campestre) is all in bloom on Indian Grass Point. There’s a thick patch along the top of the cliff behind the house, and Indian Grass Prairie is full of it.

This is along the path up the point. 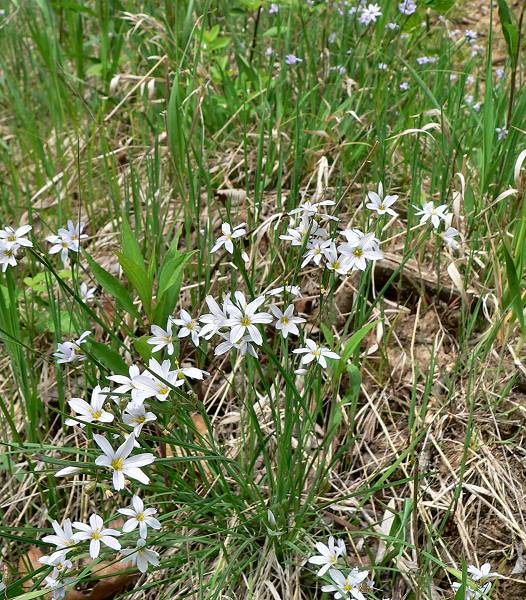 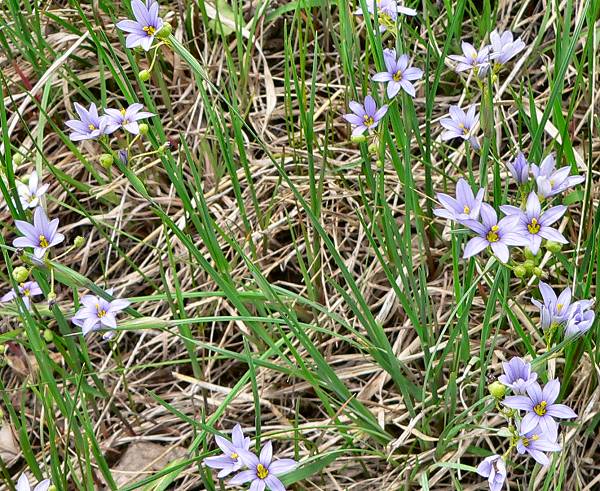 And this is in Indian Grass Prairie with some Hoary Puccoon. 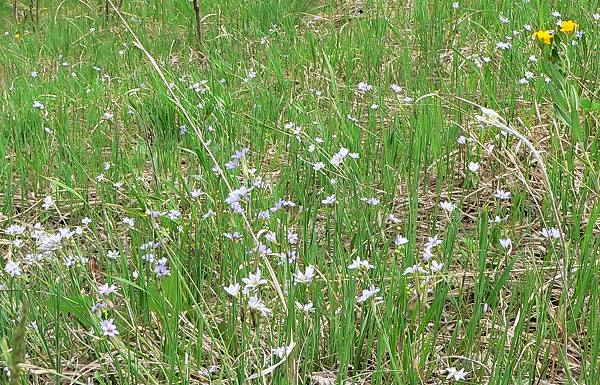 It doesn’t show up well in the photos – the flowers are very blue but the sun bleaches out the color in the pictures and makes it look white.

The planted prairies near the house are also starting to look good. The Lupine (Lupinus perennis) is in bloom. 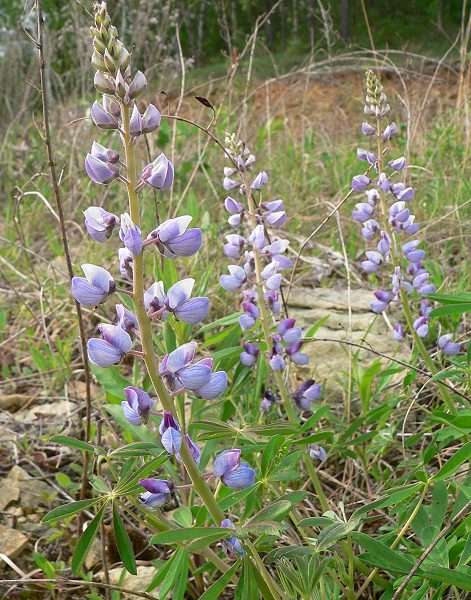 And so is the Cream Wild Indigo (Baptisia bracteata). 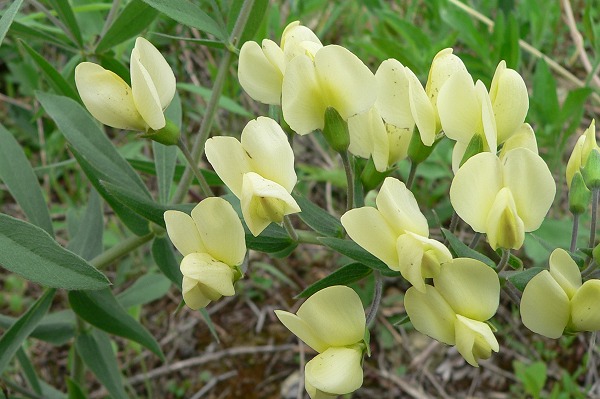 We’re having a big construction project done on the house, but the guys are being very careful of my plants. They’ve got paths around the nicest ones.

The Showy Orchis (Galearis spectabilis) is blooming along Western Road. It’s in a different spot than last year, but I was able to find it to show to Emmet and John and Laurel. 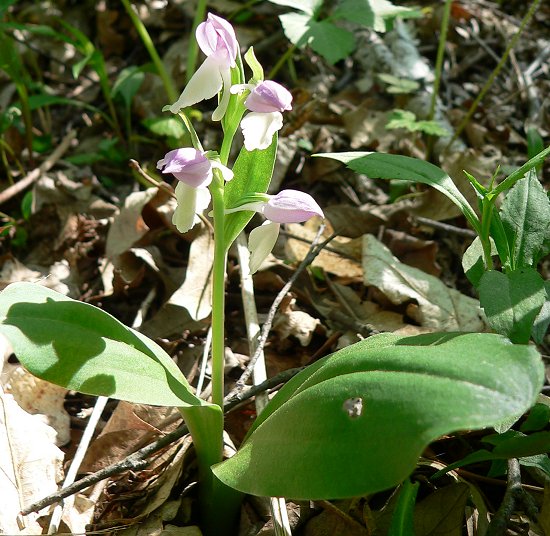