We may finally be getting some more snow. As I’m writing it’s raining hard and freezing on the trees. The forecast is for a mix of rain and snow for the next few days. 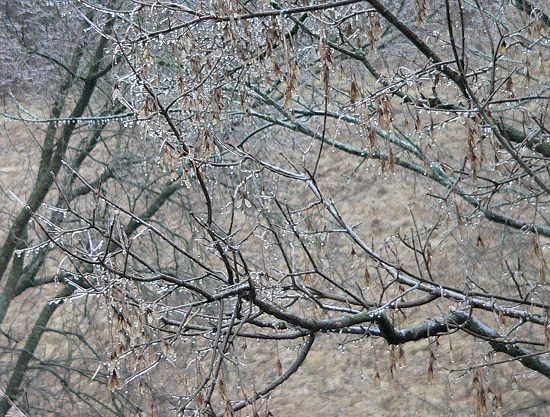 A few days ago we finished cutting the big clump of aspen on Hidden Oaks Point. It looks great now – there’s savanna from the south end of the point all the way around to the eastern side. Here are some before and after photos.

This is from a few weeks ago, when we were just starting on this clump of aspen. 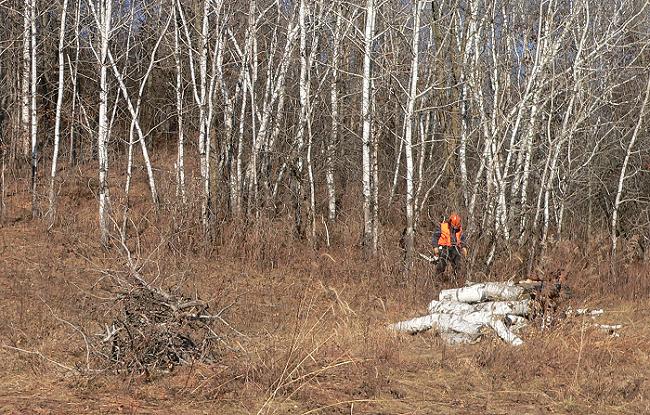 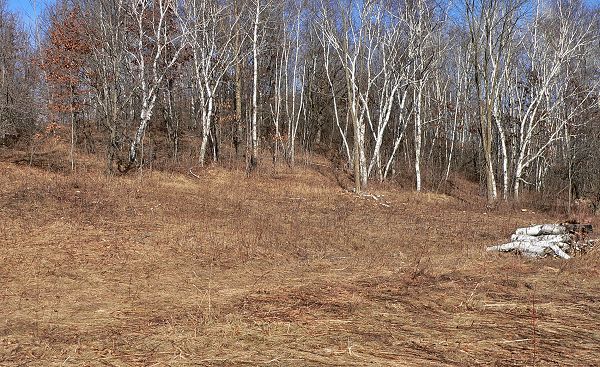 I’m always trying to find good “before” pictures. We’re usually so intent on getting into the project that we forget to take any. I did find an old photograph of the point from the fall of 2001 – before we had done any restoration. 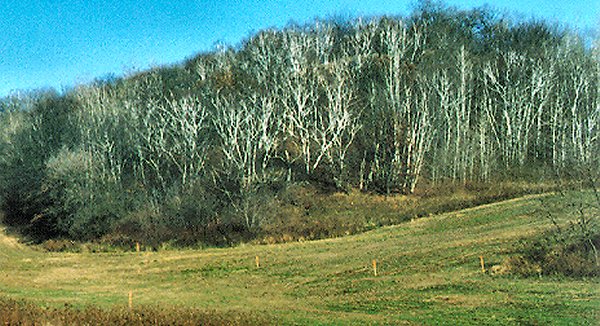 If we have more time without snow we’ll work our way farther up the hill – an area that has mostly birch trees and Prickly Ash.

I also did some hand clipping of Prickly Ash on the west-facing side of the point. There are several steep, rocky, sandy slopes on that side that we can’t mow, so I’m cutting the brush by hand and treating the stumps with Round-up. This is one of the thickets of Prickly Ash. 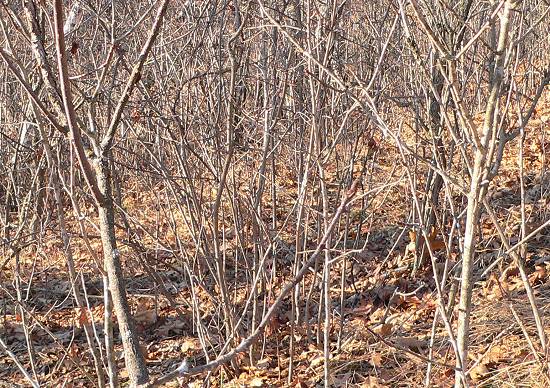 This is the same area after I cleared it. 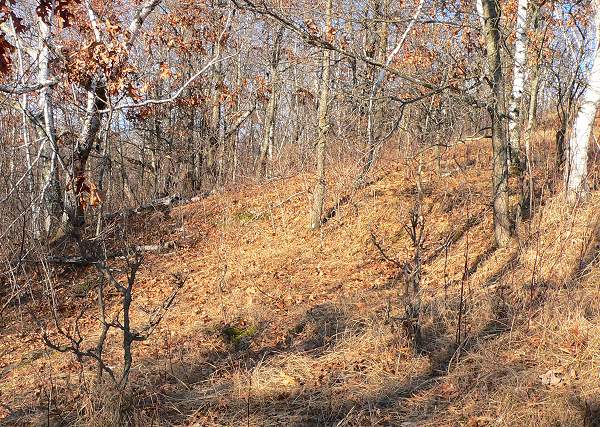 The weather station that we put up a few weeks ago works well, but because it’s down at the bottom of the valley, the wind direction and speed that it records aren’t very accurate. So last week we put up another weather station on top of the hill, in the middle of Western Prairie. 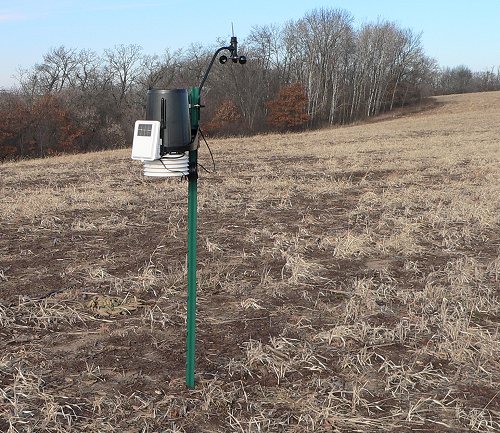 It’s too far from the house for the radio to reach without help, so we put up 5 small, repeater radios in the woods. 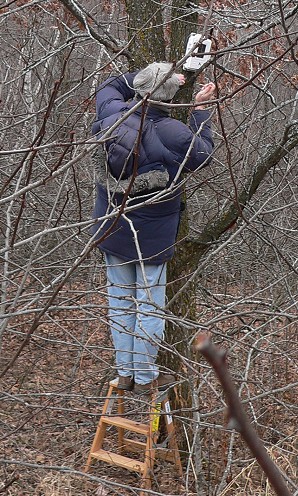 Everything works fine right now, but we may have to adjust things in the summer when there are leaves on the trees.

I had two nice bird sightings this week. One was a flock of 15 or 20 Eastern Bluebirds. We heard them twittering in the trees behind the house, and then they flew down to check out the nest boxes – they may have been looking for a place to shelter for the night. I had learned last year that it’s better to leave nest boxes opened up over the winter so they don’t try to shelter there. Nest boxes are leaky and not well insulated, so if the night temperatures get very cold the birds may not survive. It’s better for them to shelter in a natural cavity.

The second “sighting” was hearing a couple of Eastern Screech Owls early one morning. I got up before it was light, and went out on the deck to watch a thin crescent moon come up over the hill. There were two Screech Owls calling, one on each side of the valley.

Here’s a Downy Woodpecker enjoying the suet on our deck. 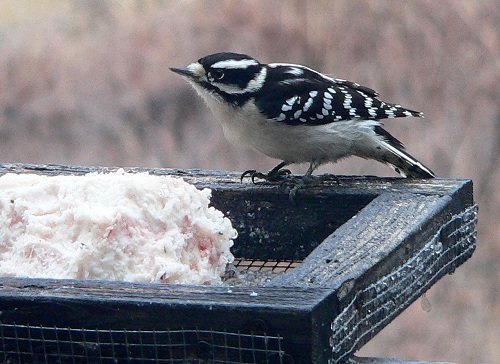