August was sunny and warm, with just enough rain to keep the prairies green.   Then, in this last week, we had more than 5 inches of rain.   It raised the level of the beaver lake, but fortunately didn’t cause any flooding. 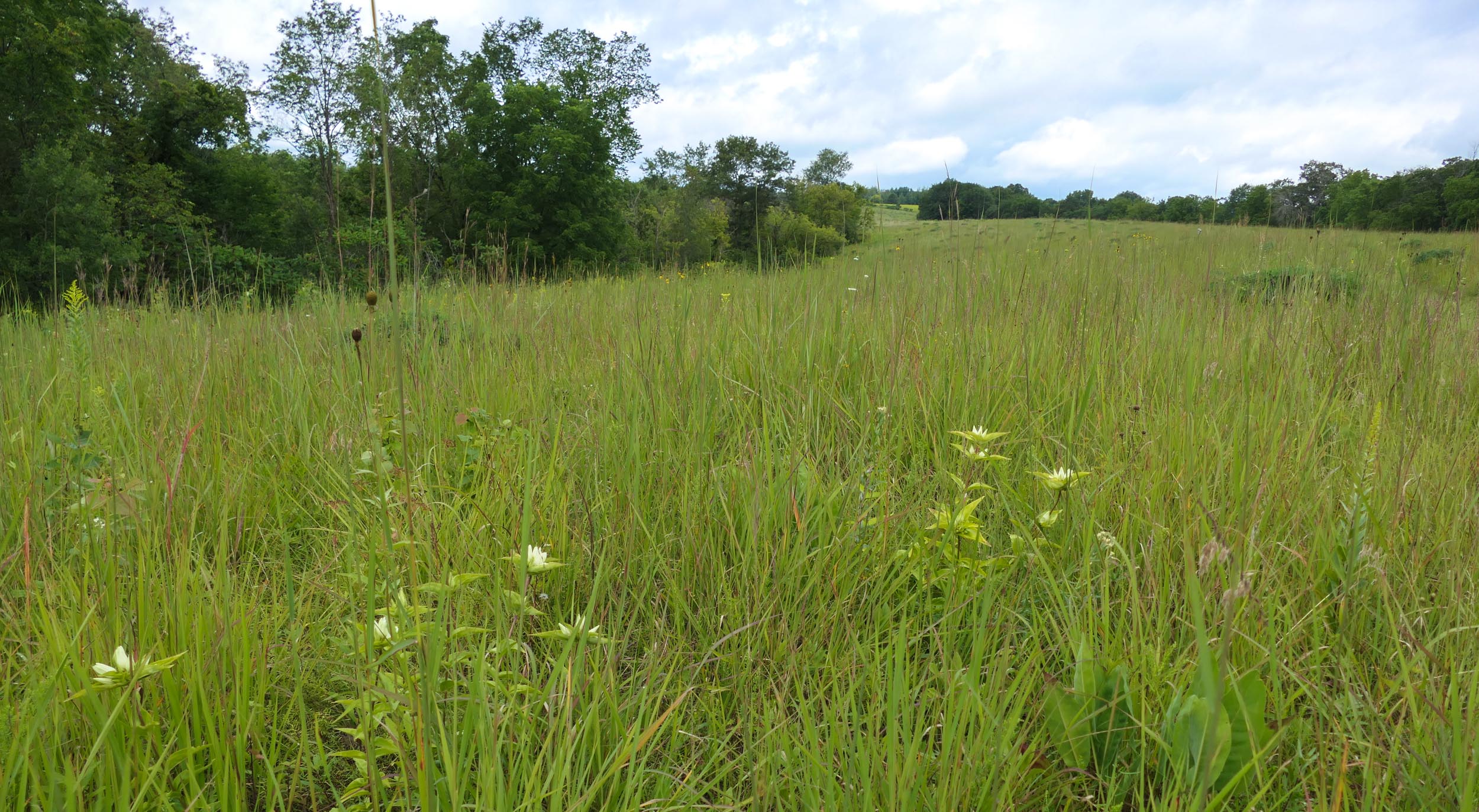 It’s been a busy month for butterflies – especially on thistle flowers.  We have three species of native thistles blooming now:  Field Thistle, Tall Thistle and Swamp Thistle – (Cirsium discolor, Cirsium altissimum, Cirsium muticum.)  Thistles have a bad reputation because the non-natives are aggressive and spread quickly in fields and gardens.   But native thistles are much better behaved, and they’re important nectar flowers for butterflies and bees.

Giant Swallowtails don’t overwinter here – they fly up from the south each spring.  We’ve seen more than usual this summer – dozens every day.   This one is nectaring on Field Thistle. 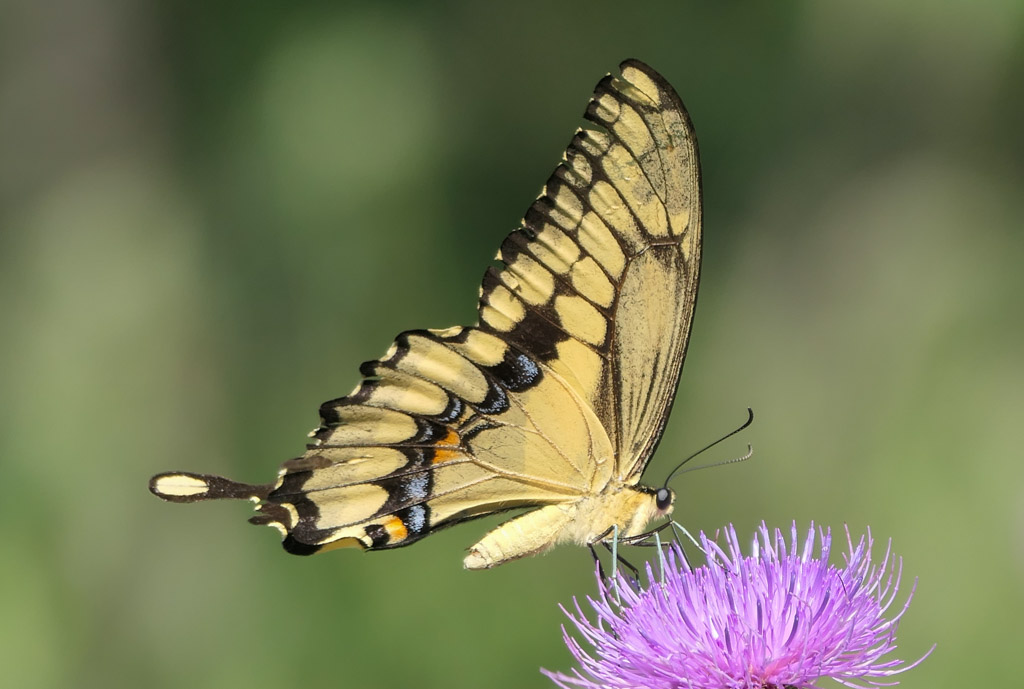 Tiger Swallowtails do overwinter in Wisconsin.  Males are yellow and black – this is a male on Field Thistle 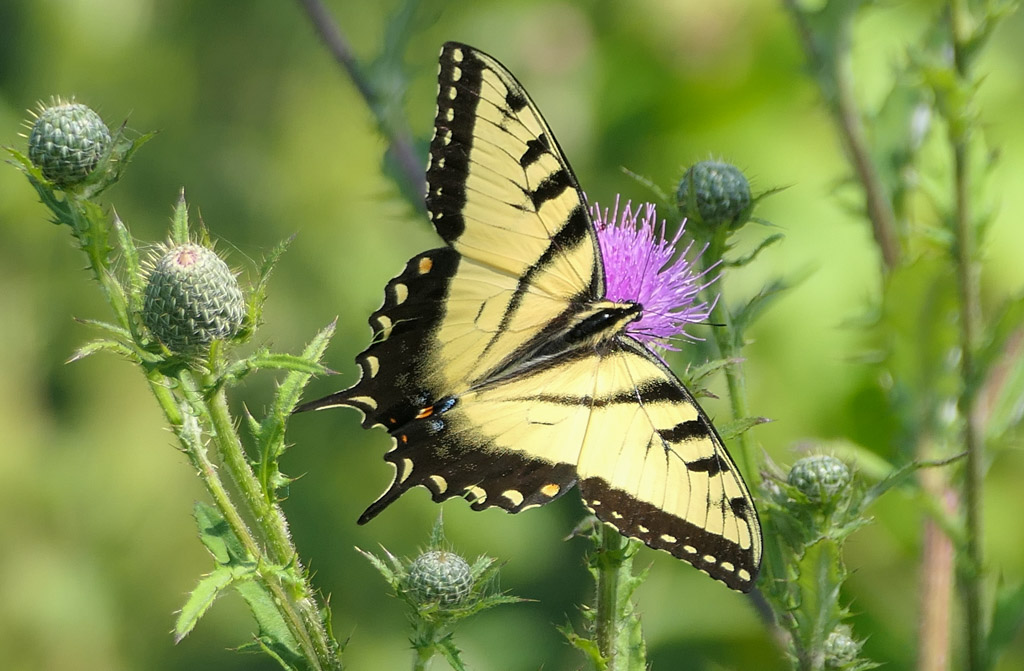 Female Tiger Swallowtails can be black, yellow, or sometimes in between.  This one is dark, but not completely black.  It’s easy to see the black tiger stripes against the brownish background color. 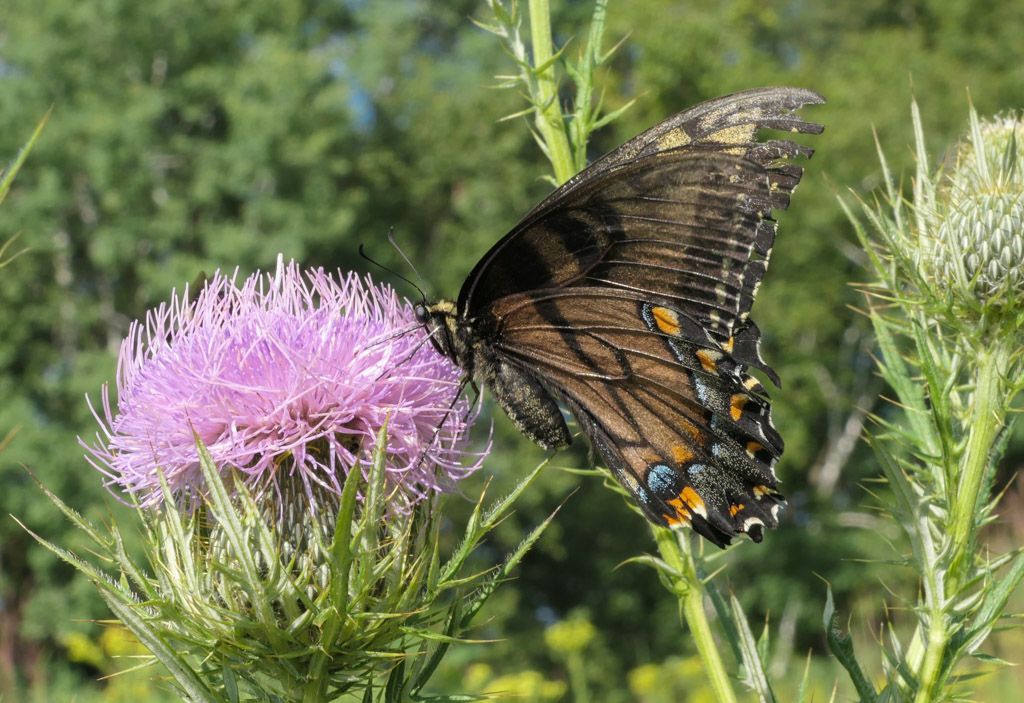 This is a yellow female Tiger Swallowtail – nectaring on Rough Blazing Star.  Females have a wide band of blue along the edge of the hindwings – males don’t have that blue. 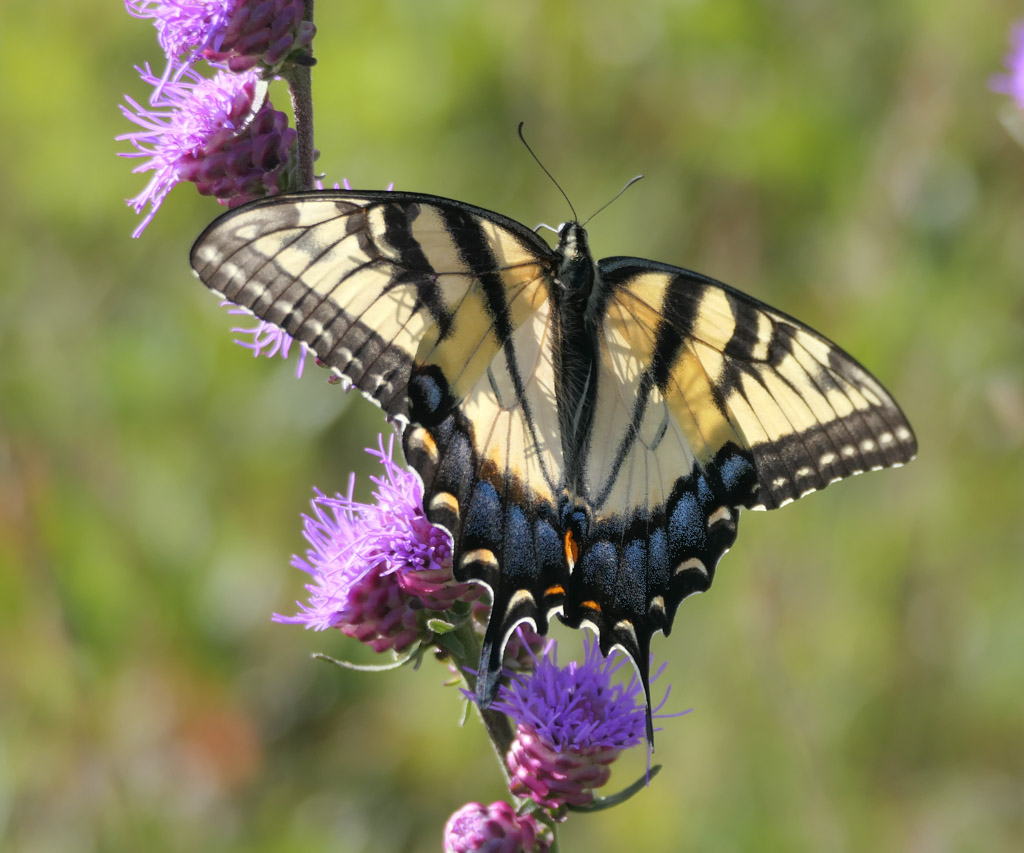 Tiger Swallowtail caterpillars eat wild cherry leaves.  I found one about a month ago on a small wild cherry tree, took it home, and reared it to an adult.  The smallest stages of the caterpillar mimic a bird-dropping.  As it grows, it changes to resemble a tiny snake.  The eye spots are not really eyes – the real head is hidden underneath the false head.  Here you can see all its stages: caterpillar, pupa, and the adult female. 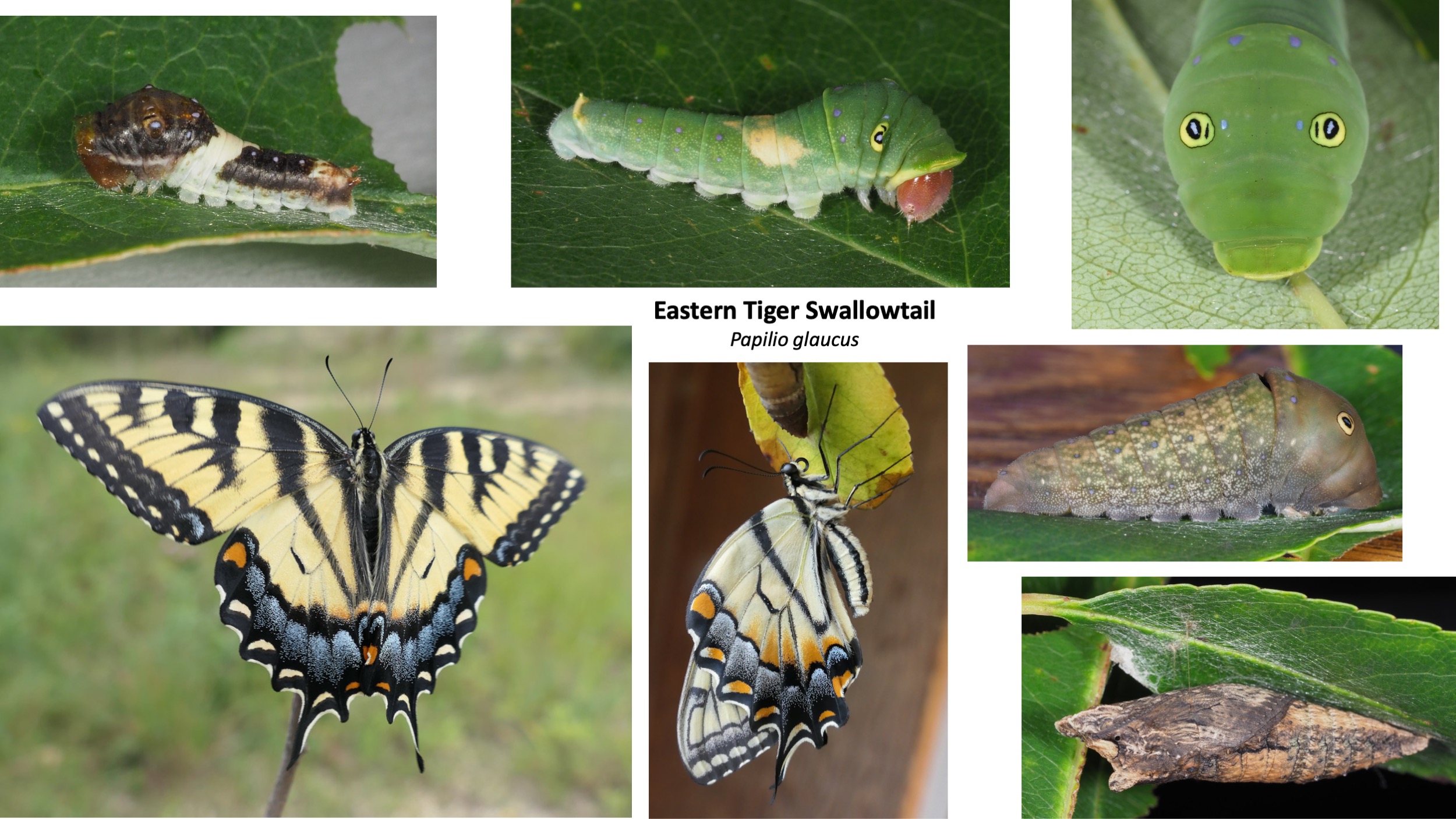 Monarch on a Field Thistle. 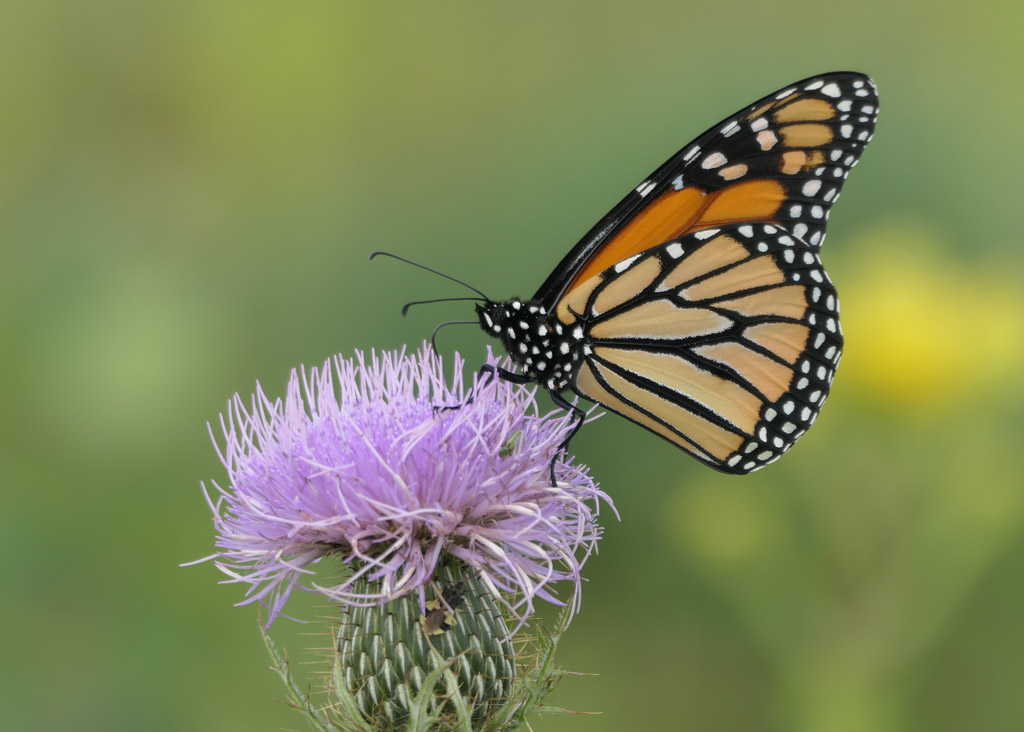 Monarchs are starting to migrate now, so we’re doing our annual afternoon ‘migration counts’.  (We count all the monarchs we see on our afternoon walks.)  The numbers have been very low, but they’re starting to pick up a little.  42 on today’s walk.   Here’s the chart Mike makes of our counts.  Click on the chart to see the latest version, with the most recent numbers. 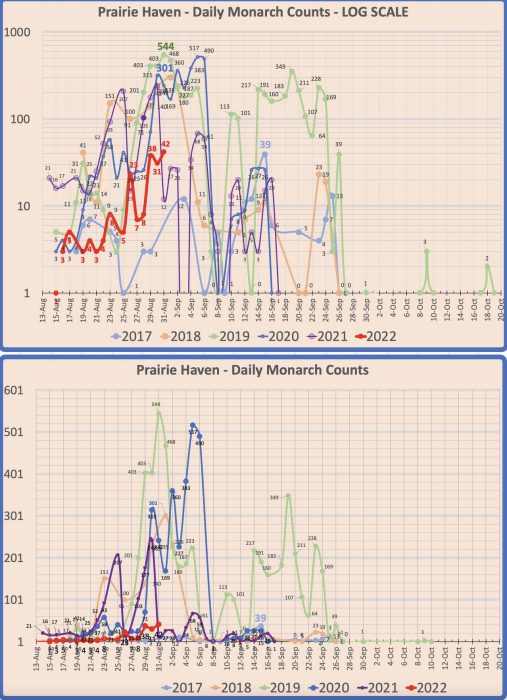 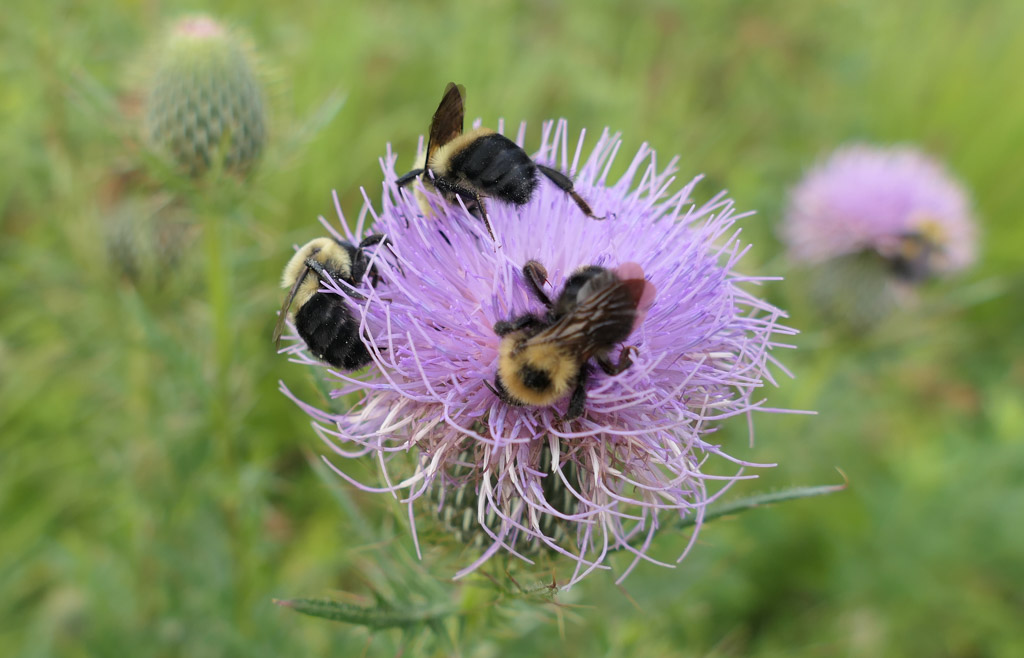 The end of the summer often brings butterfly visitors that fly up from the south.  This is a new one for me – a Southern Dogface.  It’s unusual to see it this far north.  It’s easiest to see the dog’s face when the sun shines through the wings like this – the black-ringed spot is the eye. 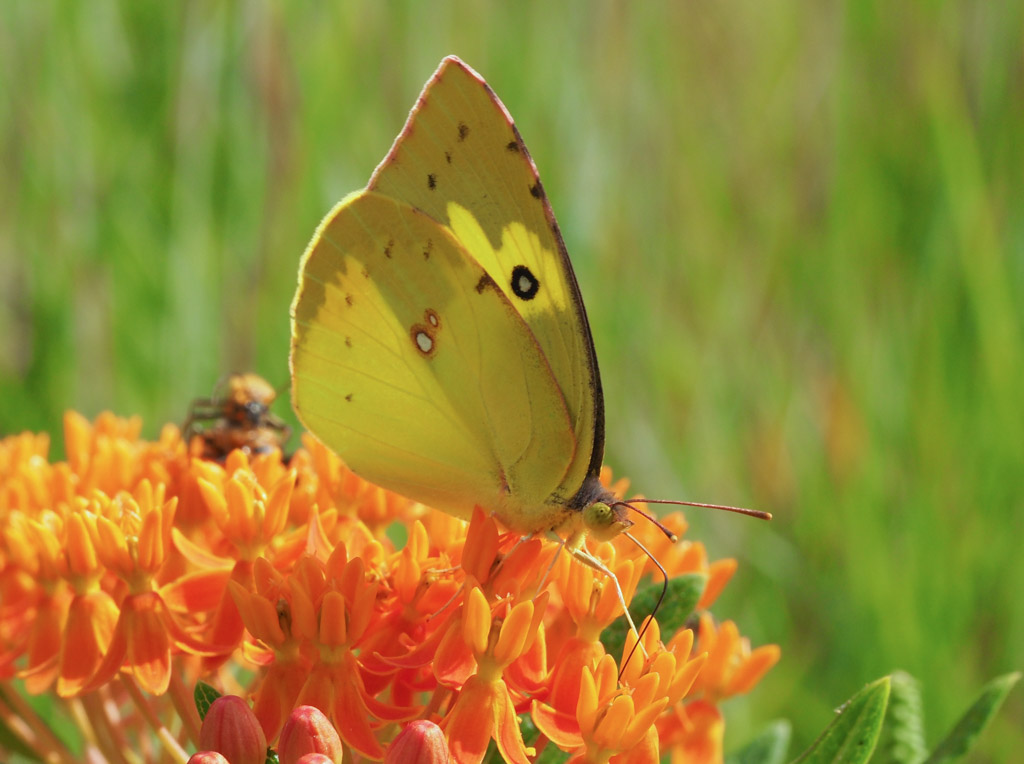 Like other sulphurs, they rest with their wings closed, so it’s difficult to see what the tops look like.  Here is a photo of it in flight – showing off the dog face. 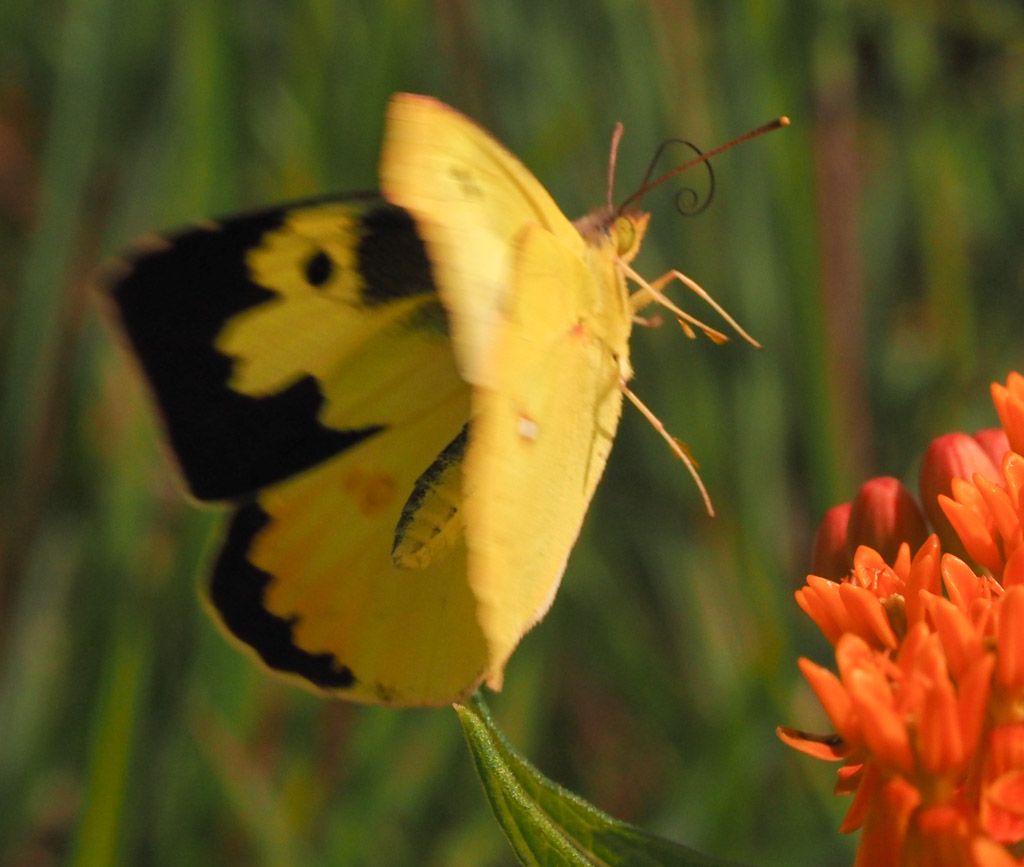 This is a Clouded Sulphur for comparison – a permanent resident of Wisconsin and the most common Sulphur butterfly we see here.  It’s slightly smaller than the Southern Dogface. 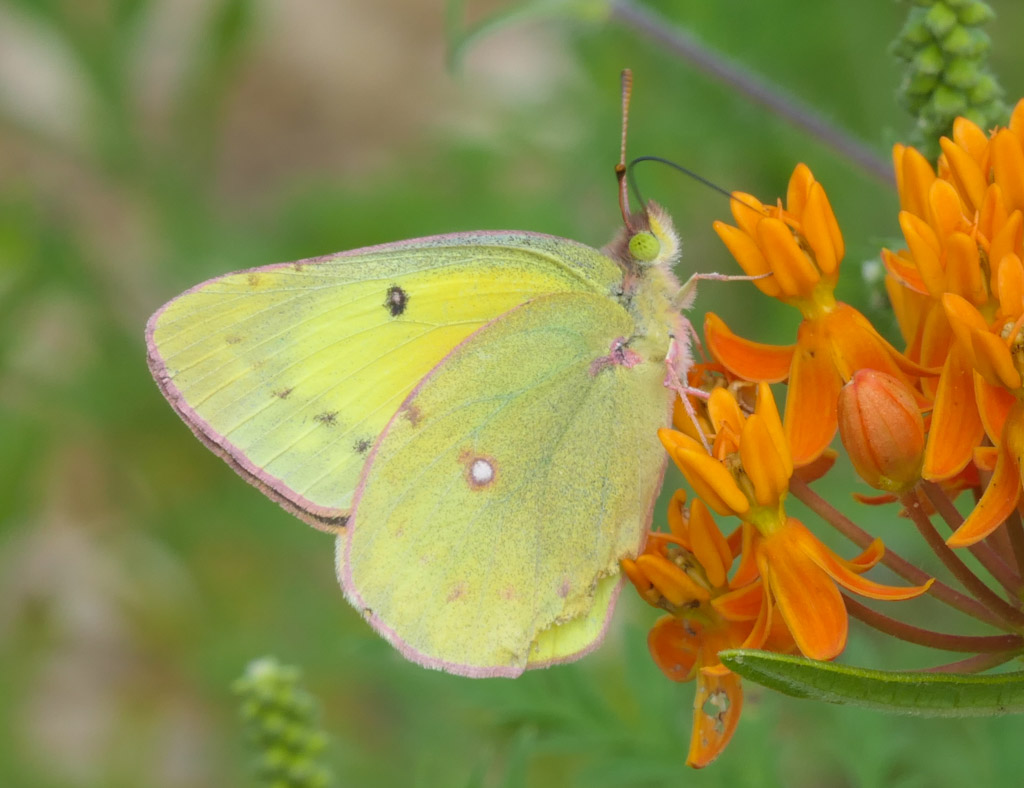 Another southern visitor – a Checkered Skipper 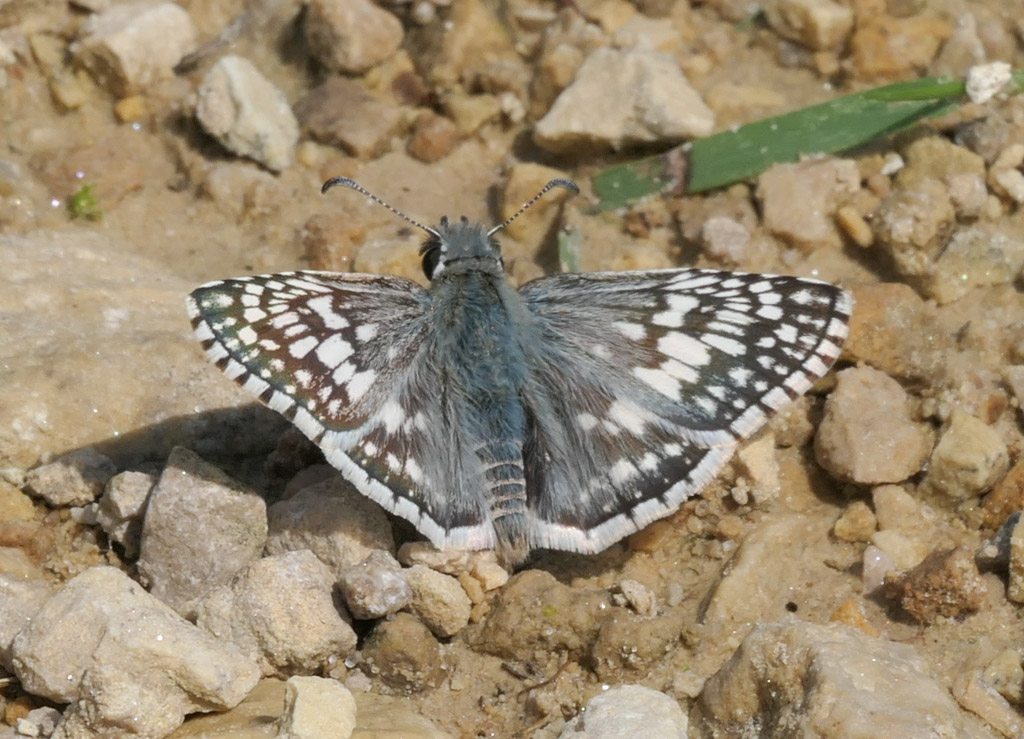 And an American Snout 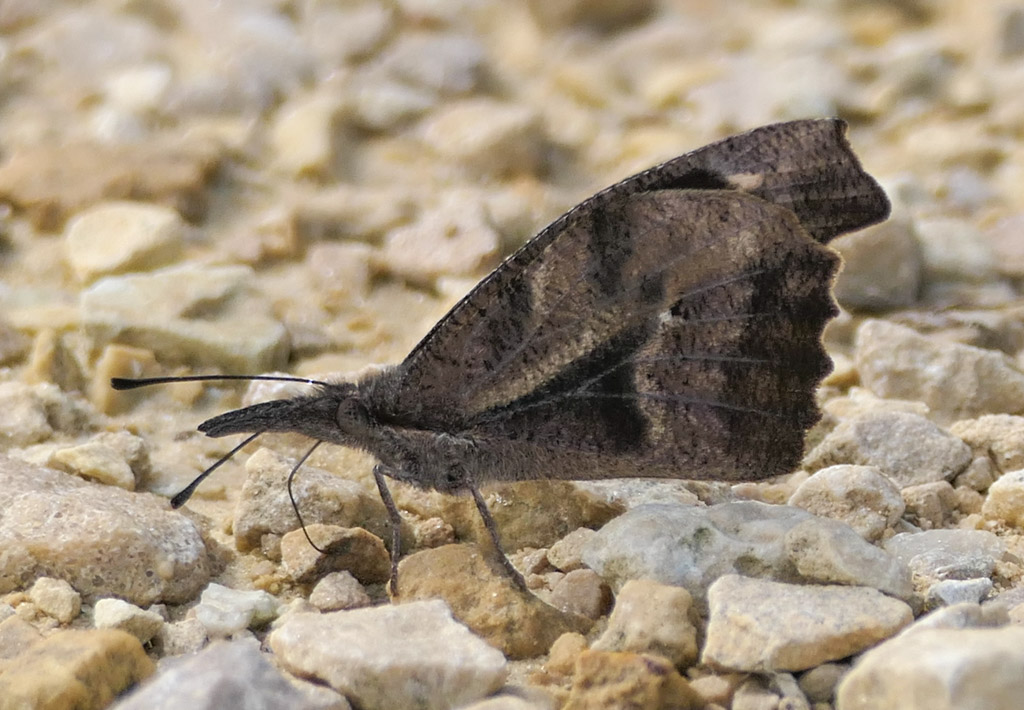 American Snouts have orange on their wings, but it’s sometimes difficult to see. 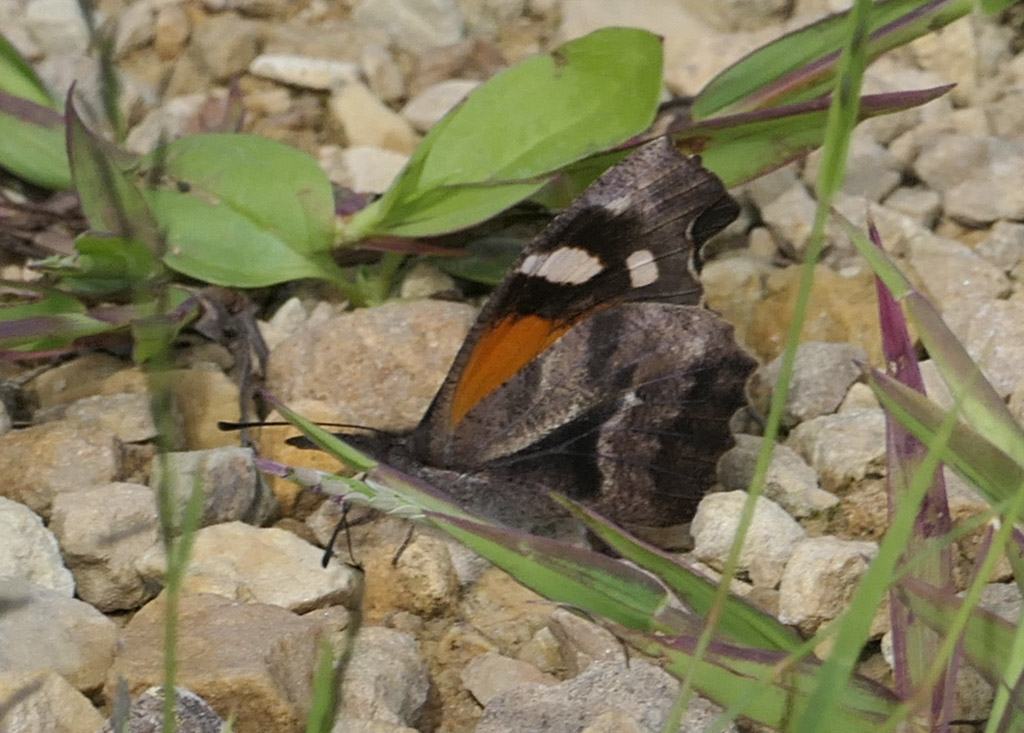 Blazing Stars (Liatris species) are another favorite nectar plant.  This is one of the earlier blooming species – Prairie Blazing Star. 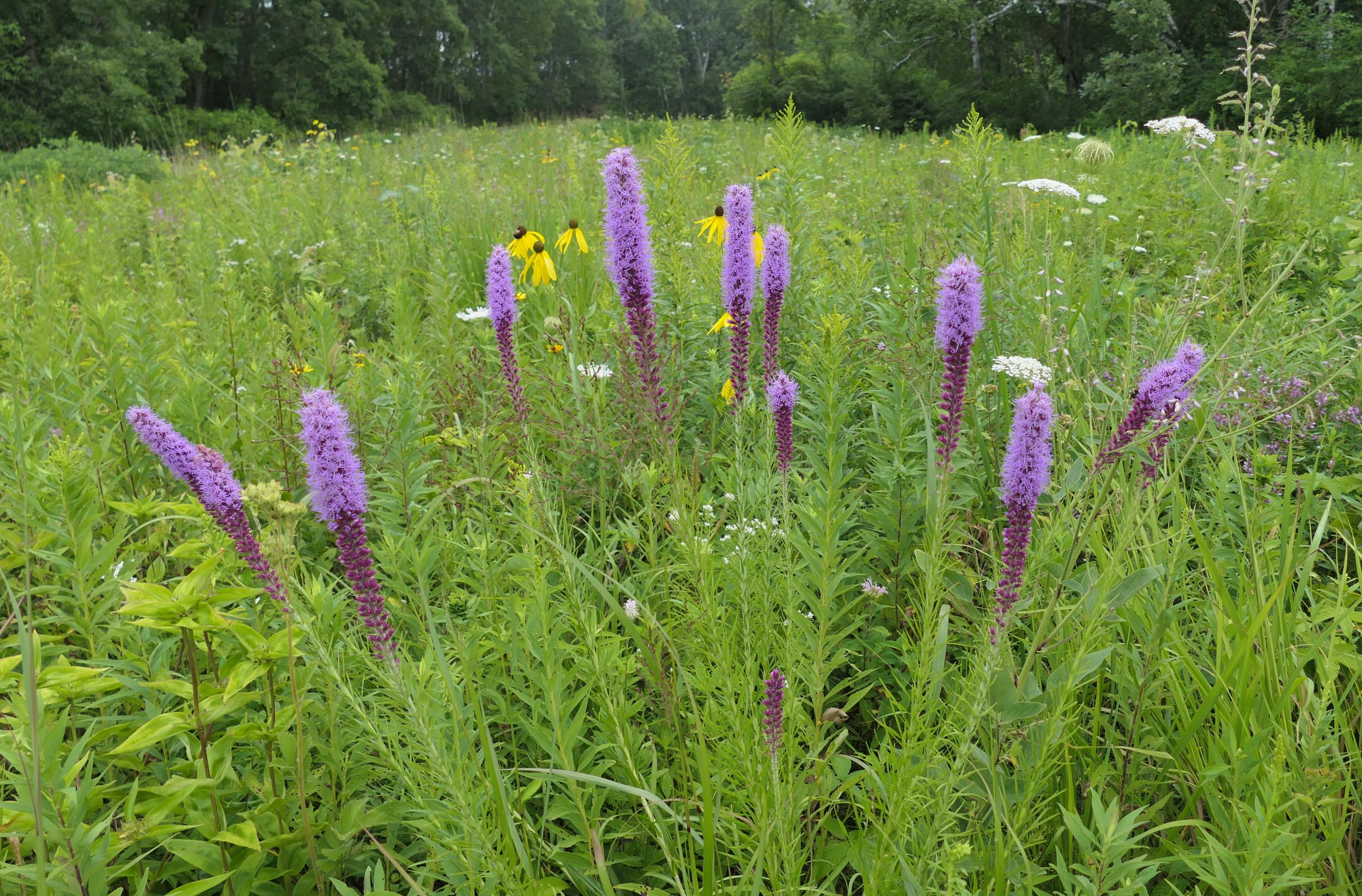 Rough Blazing Star is the species that’s most common here.  It starts blooming just as the Monarchs start to migrate through, and is one of their favorite nectar plants. 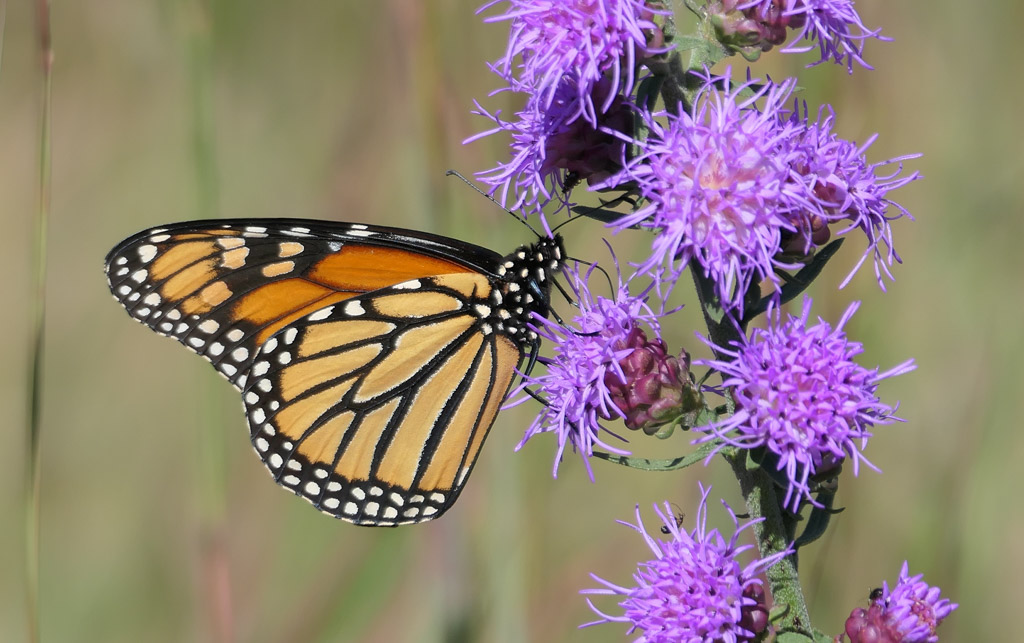 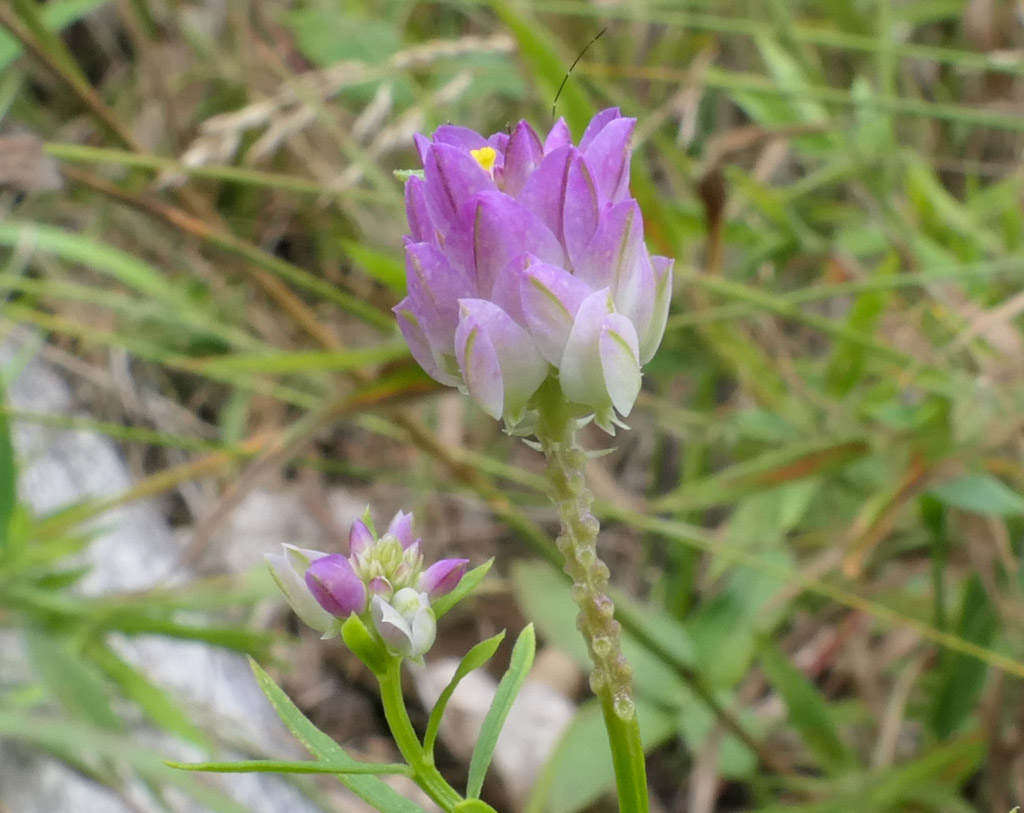 Blood Milkwort – looking down into the flowers 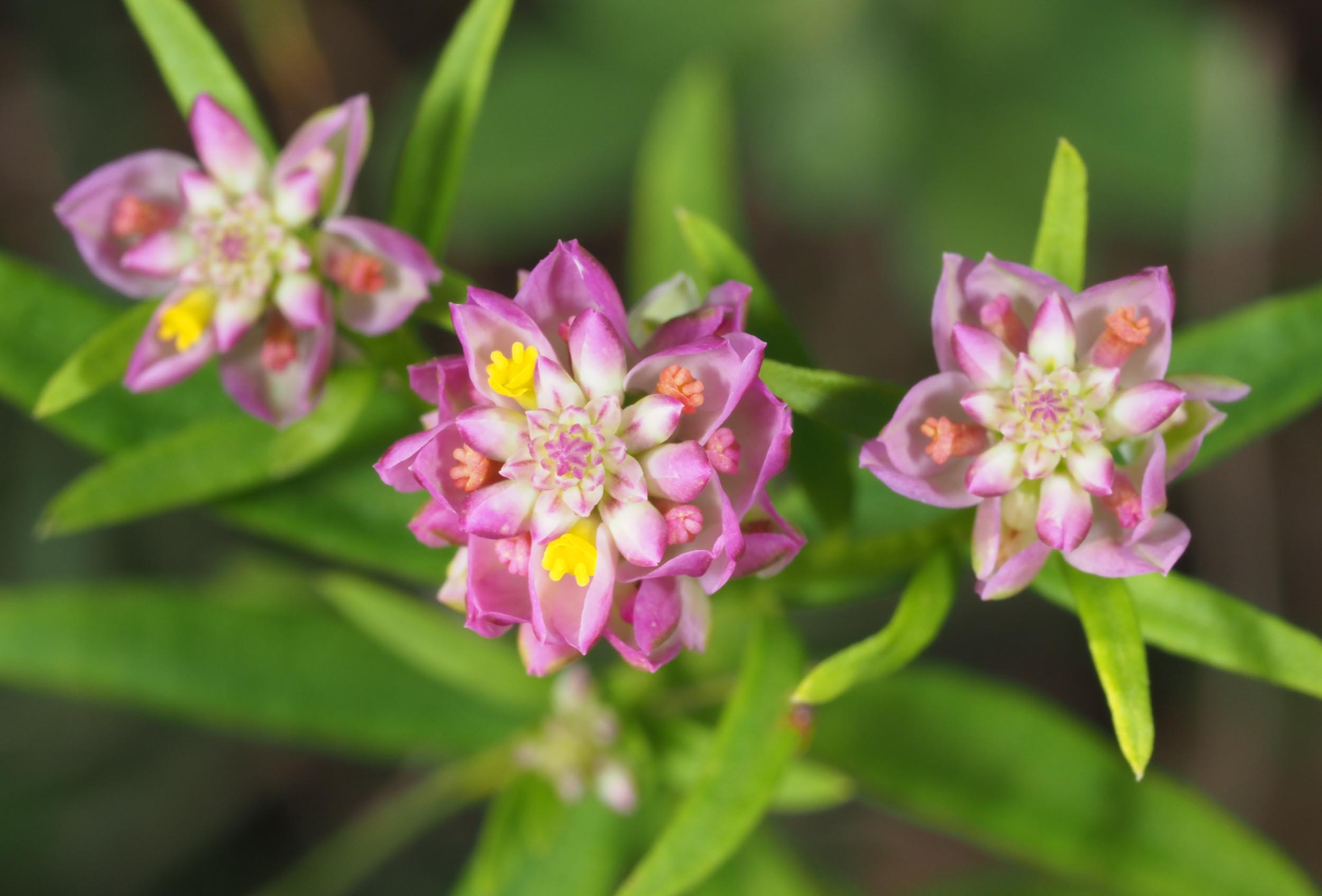 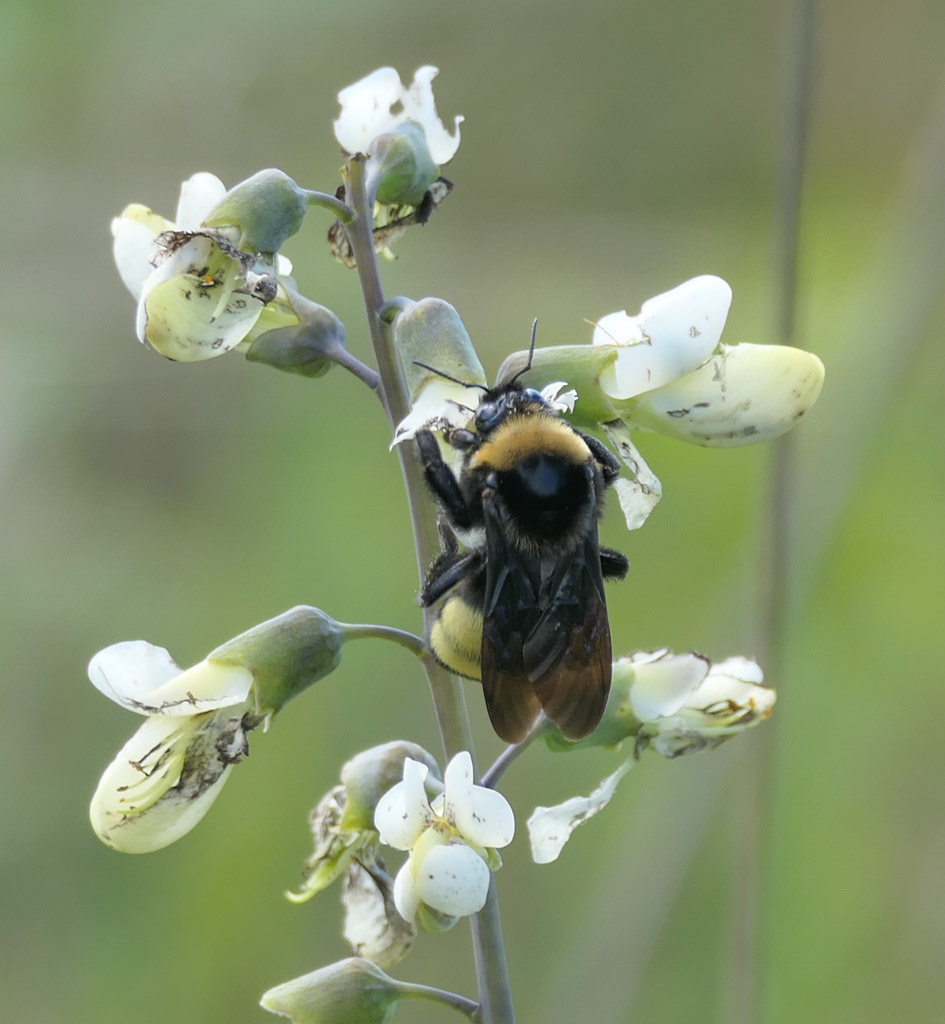 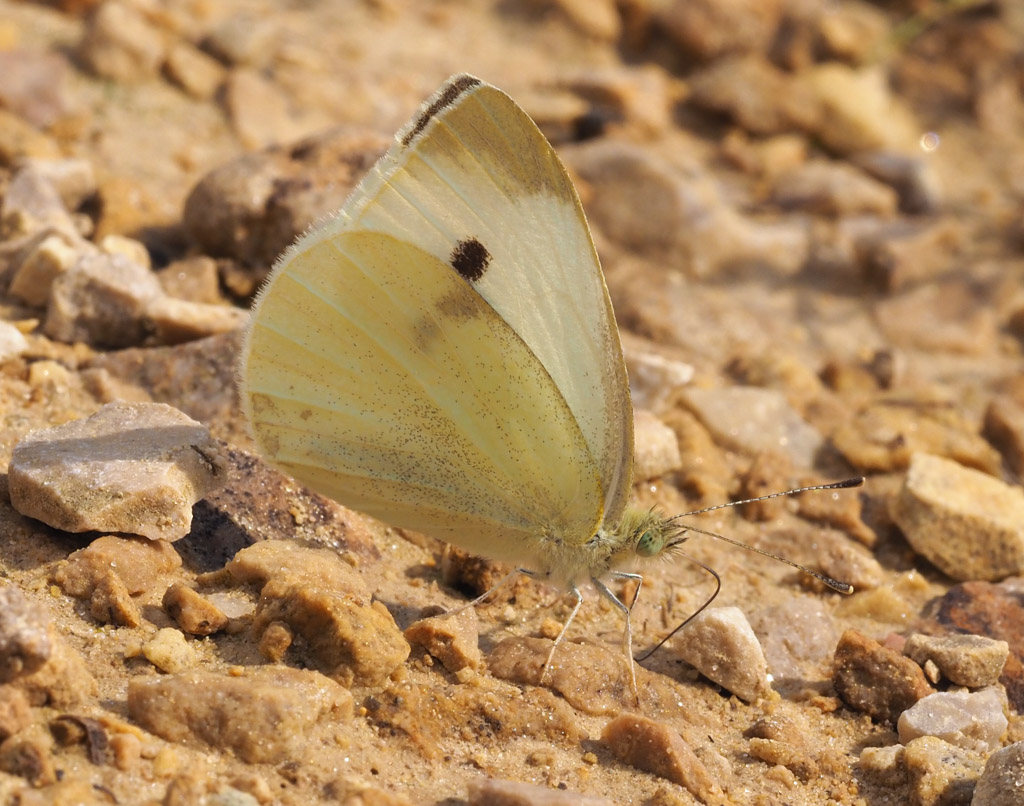 Cup-plant flowers – I had to look up at them – the flower stalks are more than 6 feet tall. 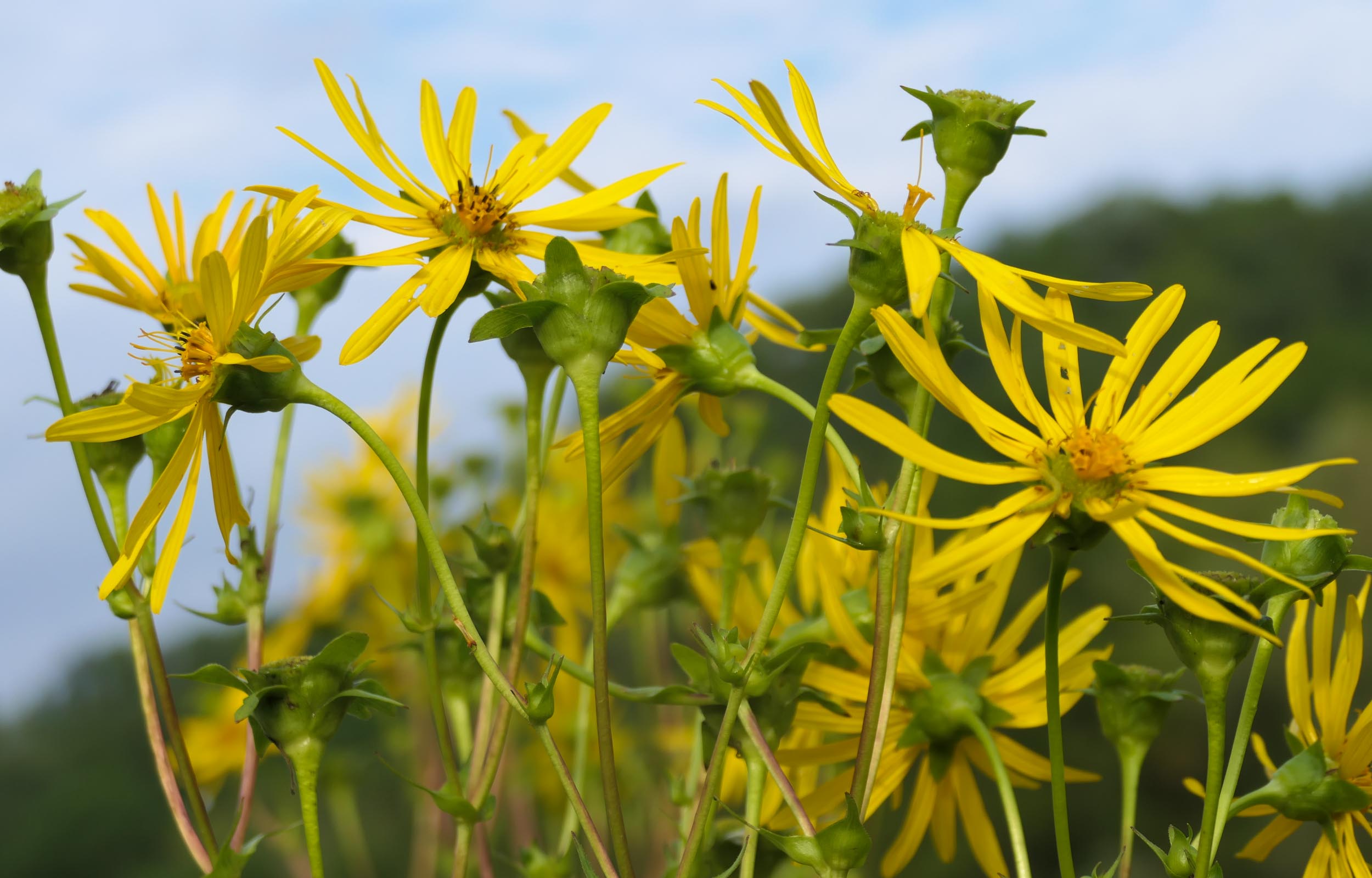 We have new trail cameras that take video, so now we can watch how animals act when we’re not around.  This is one of my recent favorites: skunk babies. 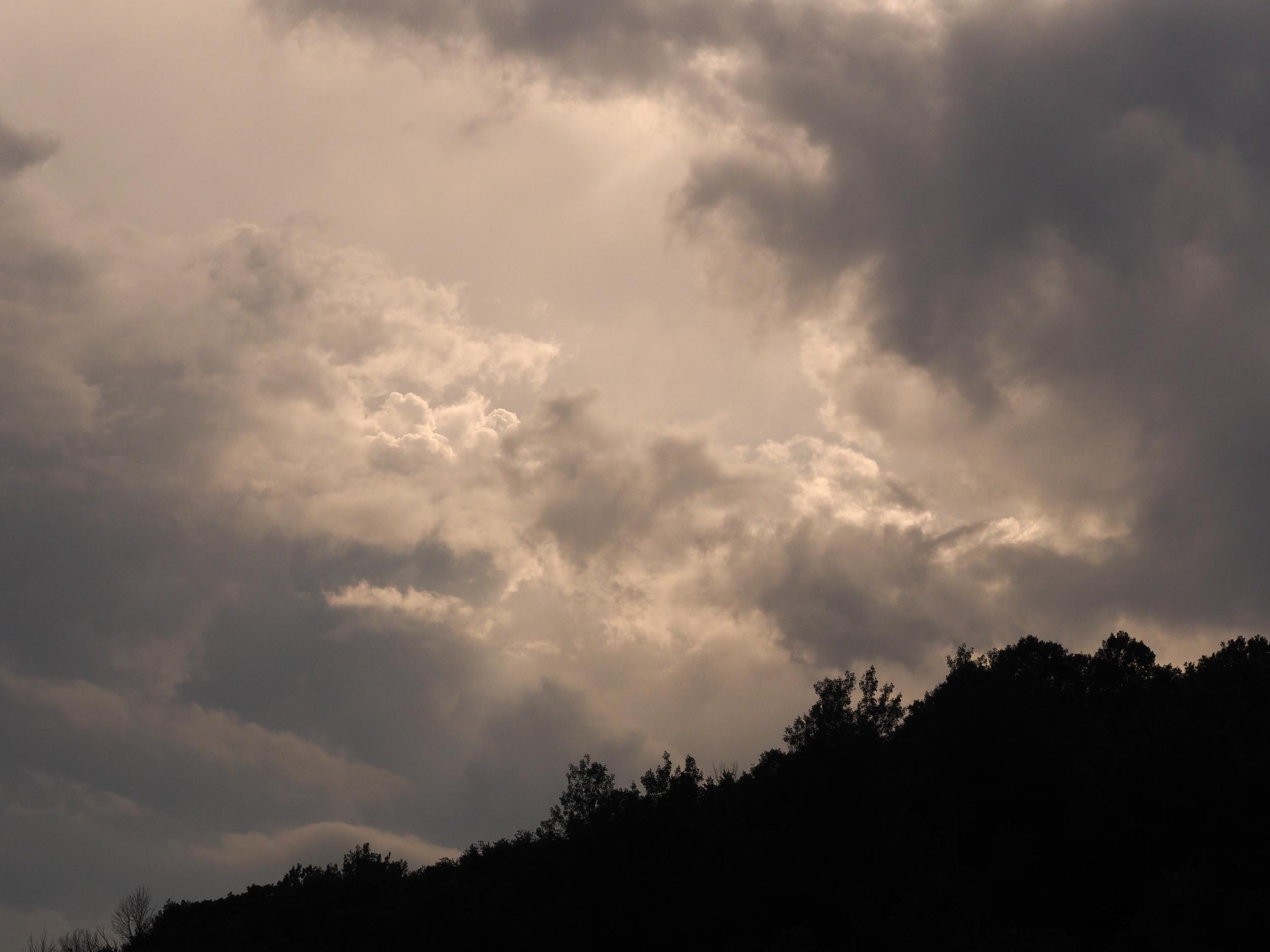 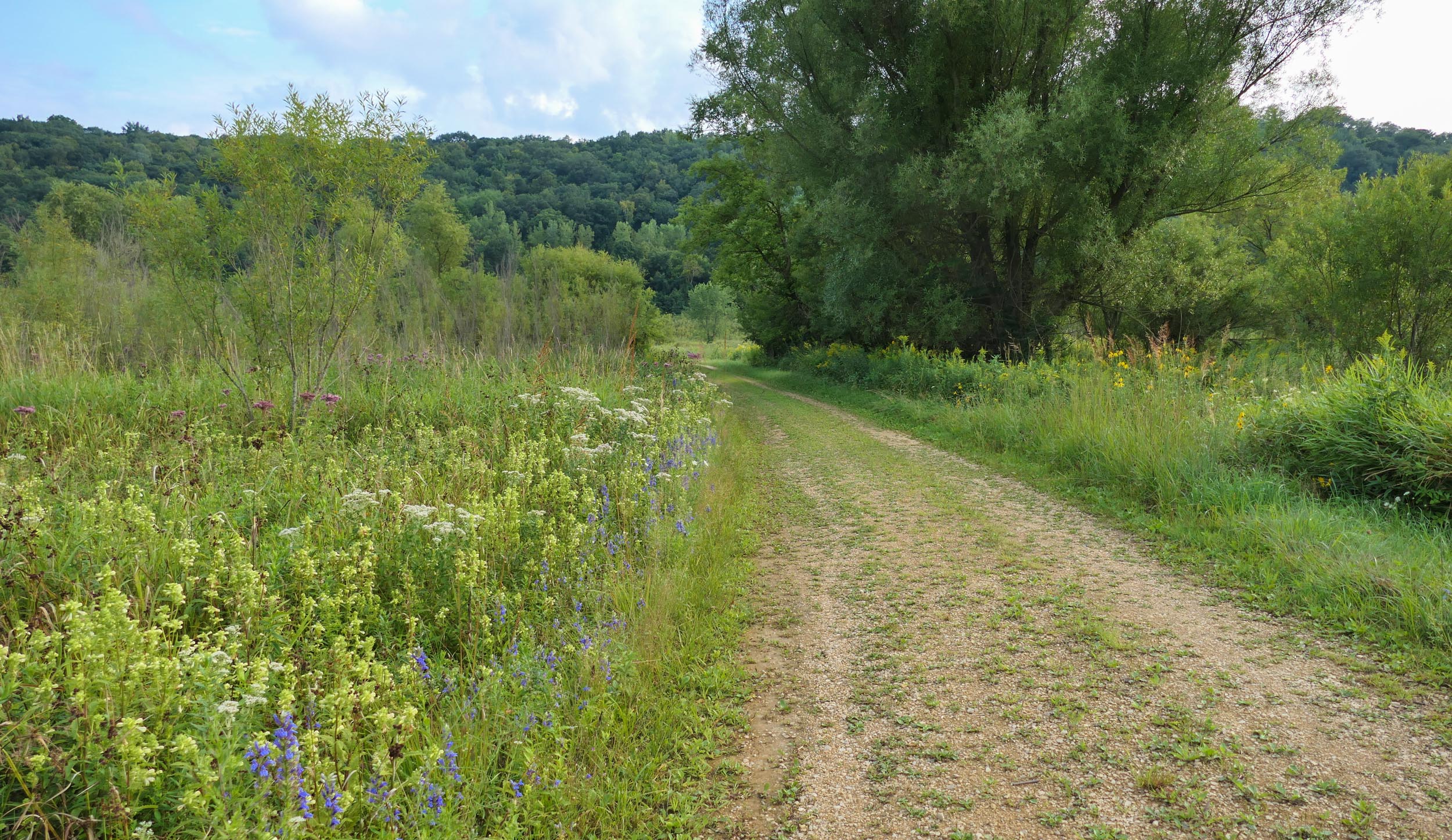 Flowers in the wet end of East Center Valley 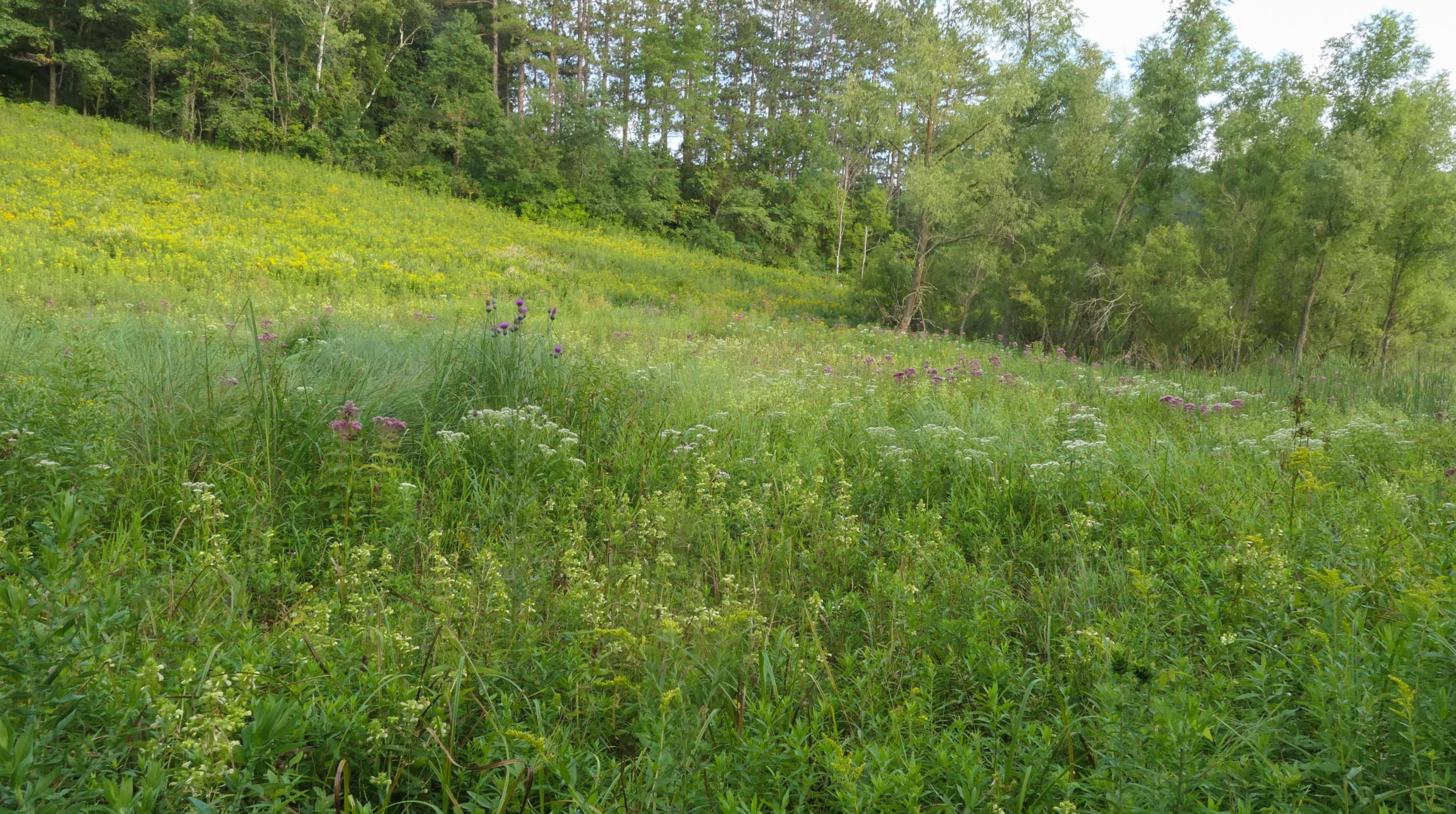 The beavers have been working on their dam, and their lake has gotten much bigger.   For the moment they seem to have stopped building, and the lake seems to have stabilized the water level.  Even with 5 inches of rain the lake only went up and down a few inches. 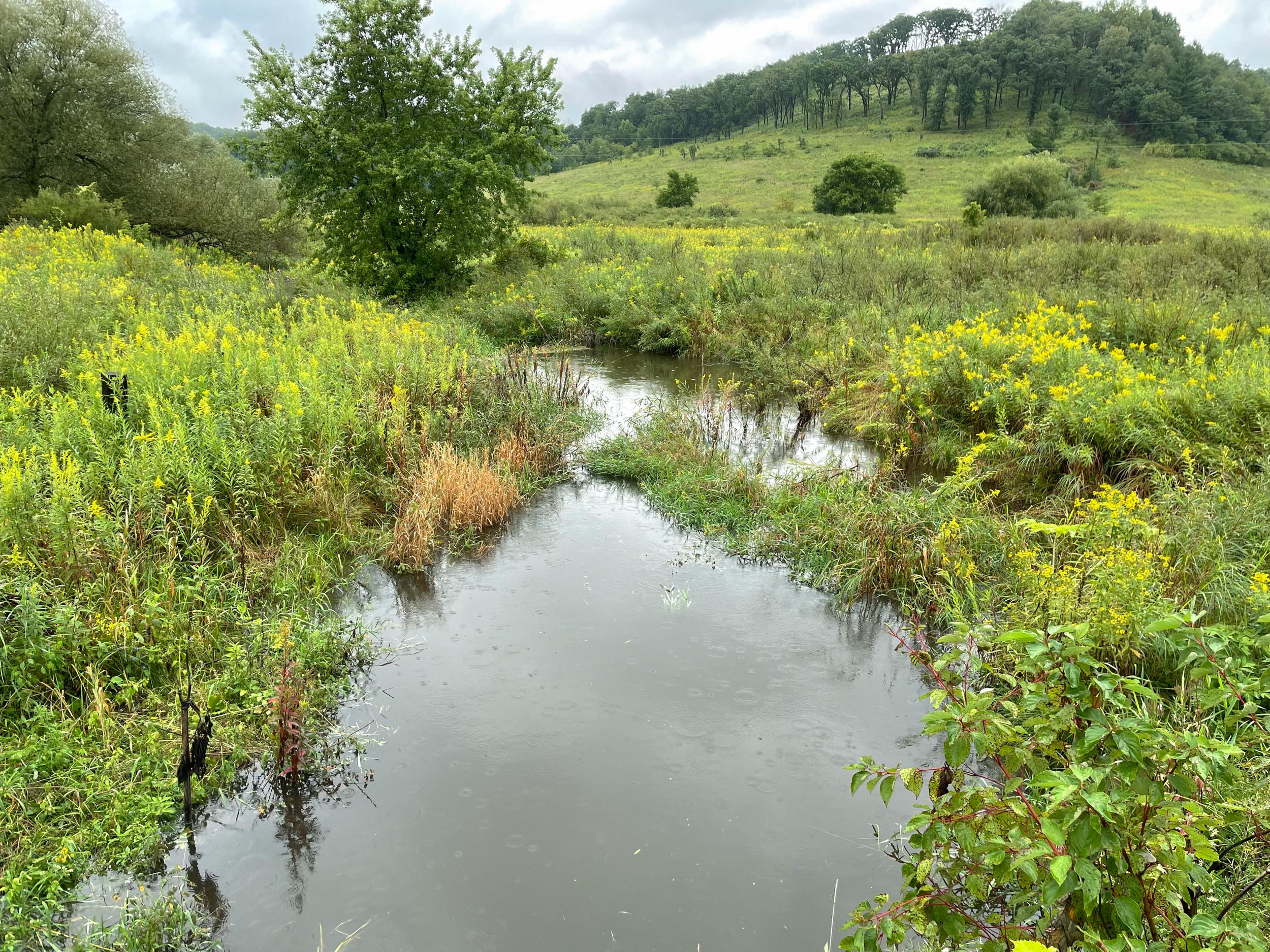 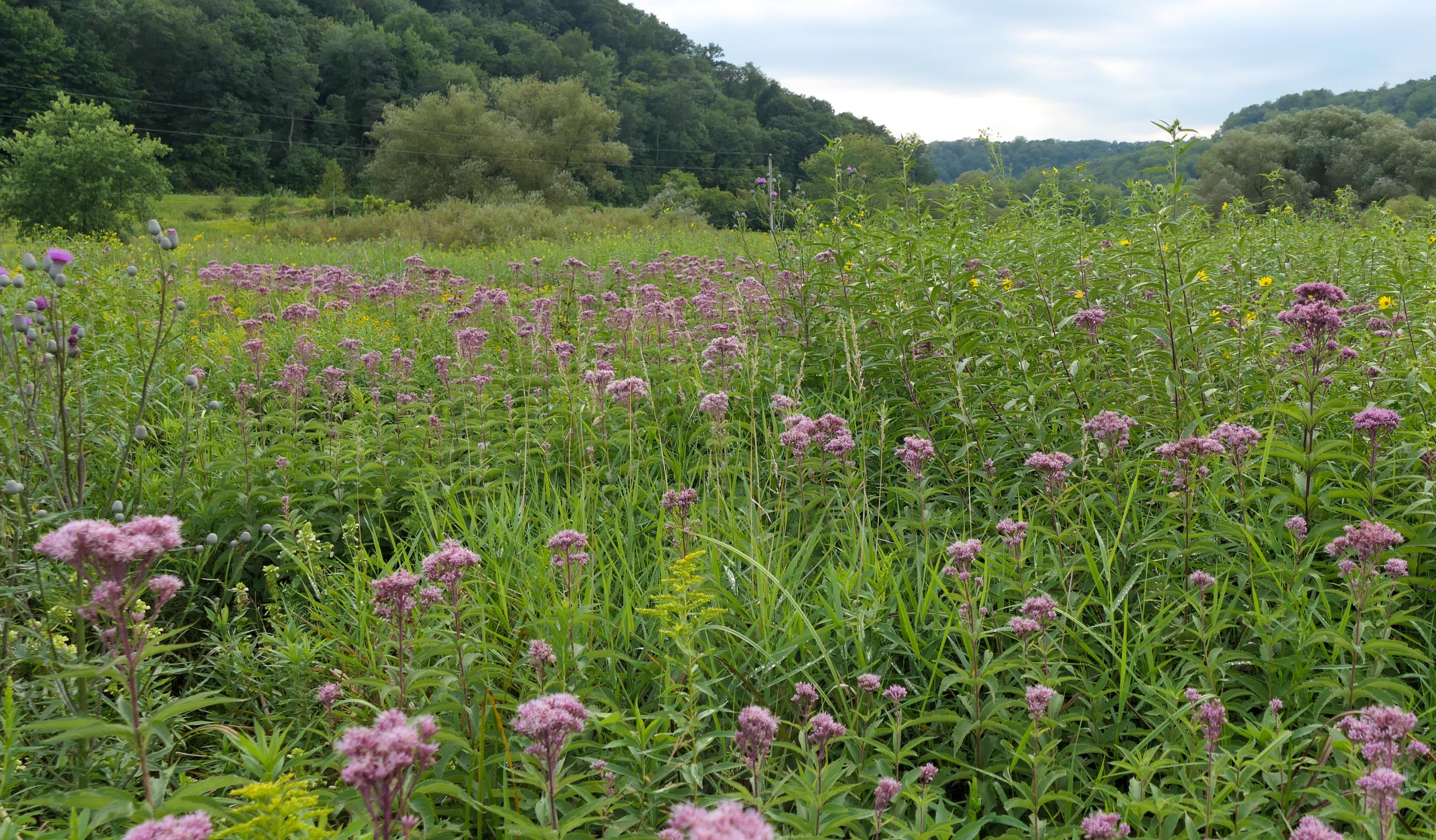 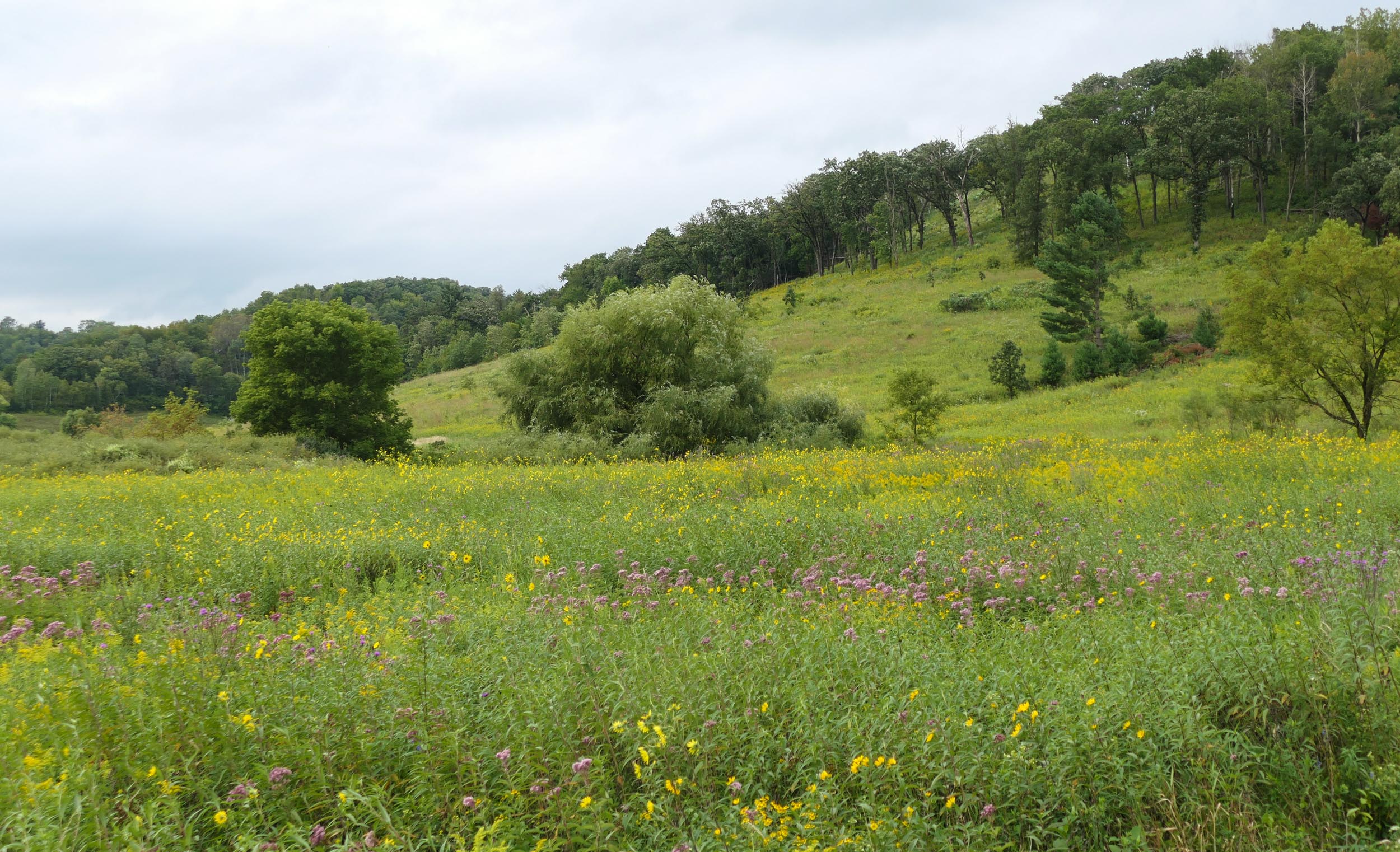 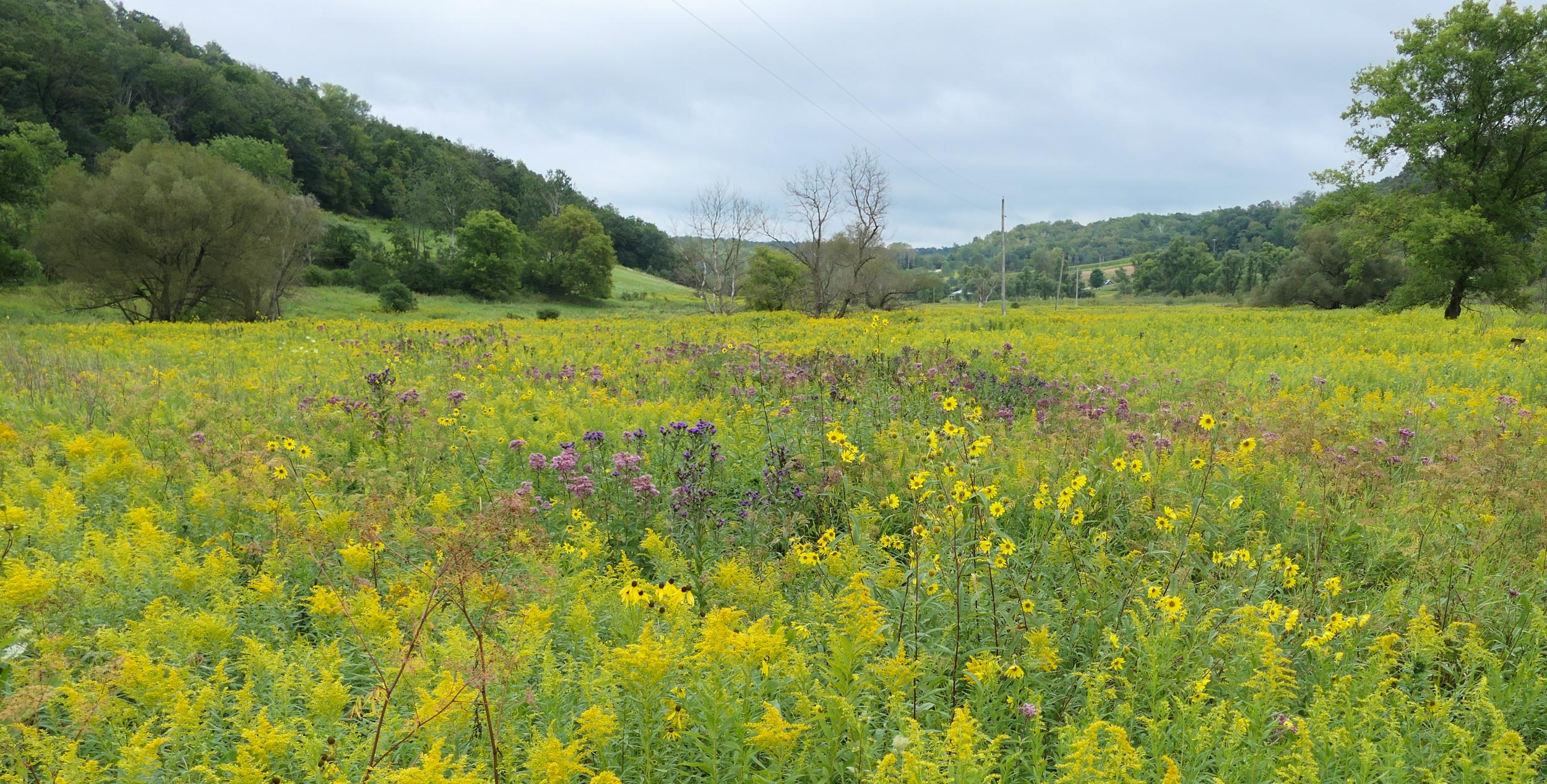 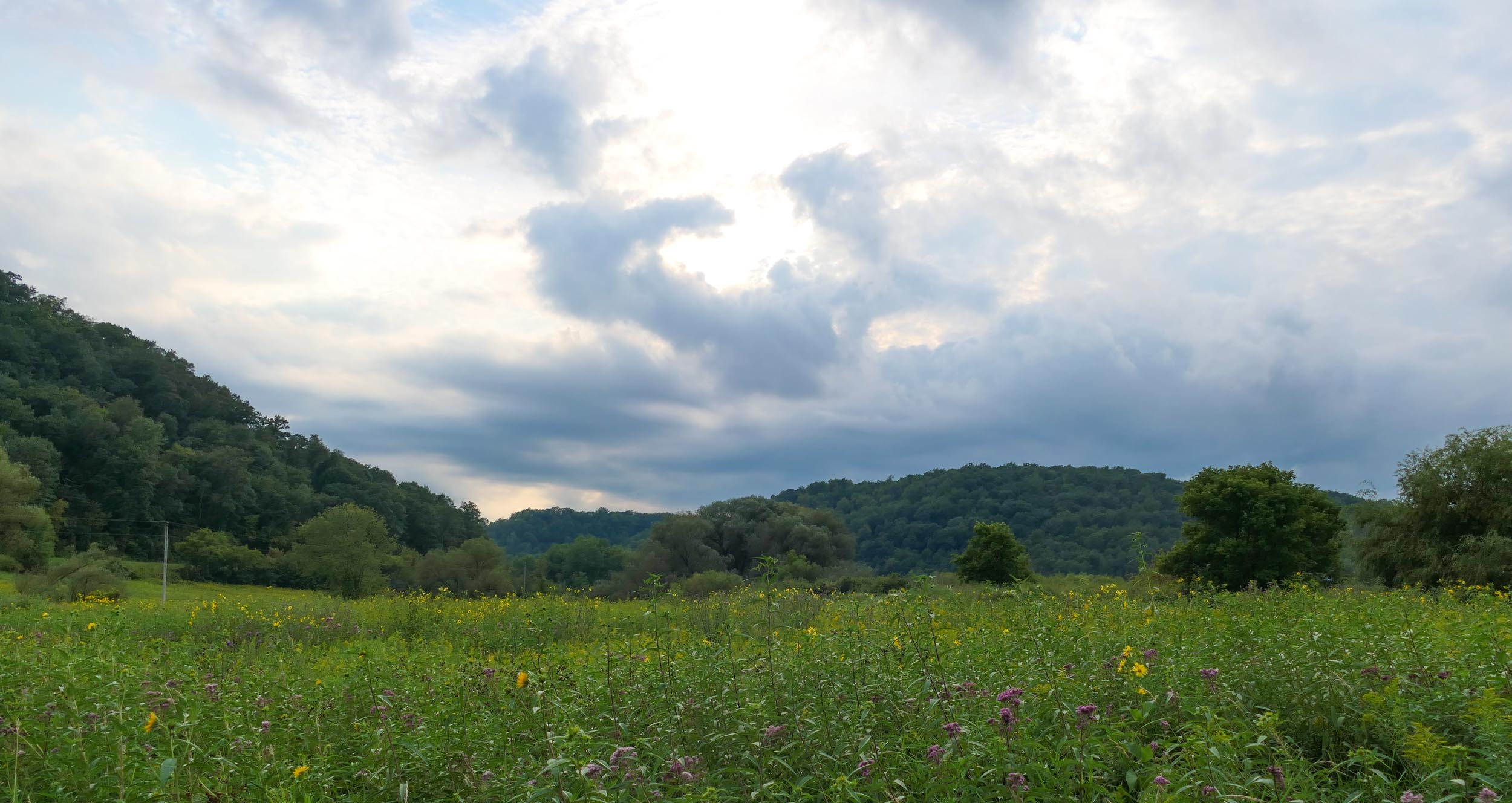