We’re finally coming to the end of the busy part of the summer.  It’s been fun, but it’s nice to be back to quiet and our everyday life.

We had our moth party at the end of July – as usual a good time, and we saw some beautiful moths. (These two party photos are by Sandy Thompson) 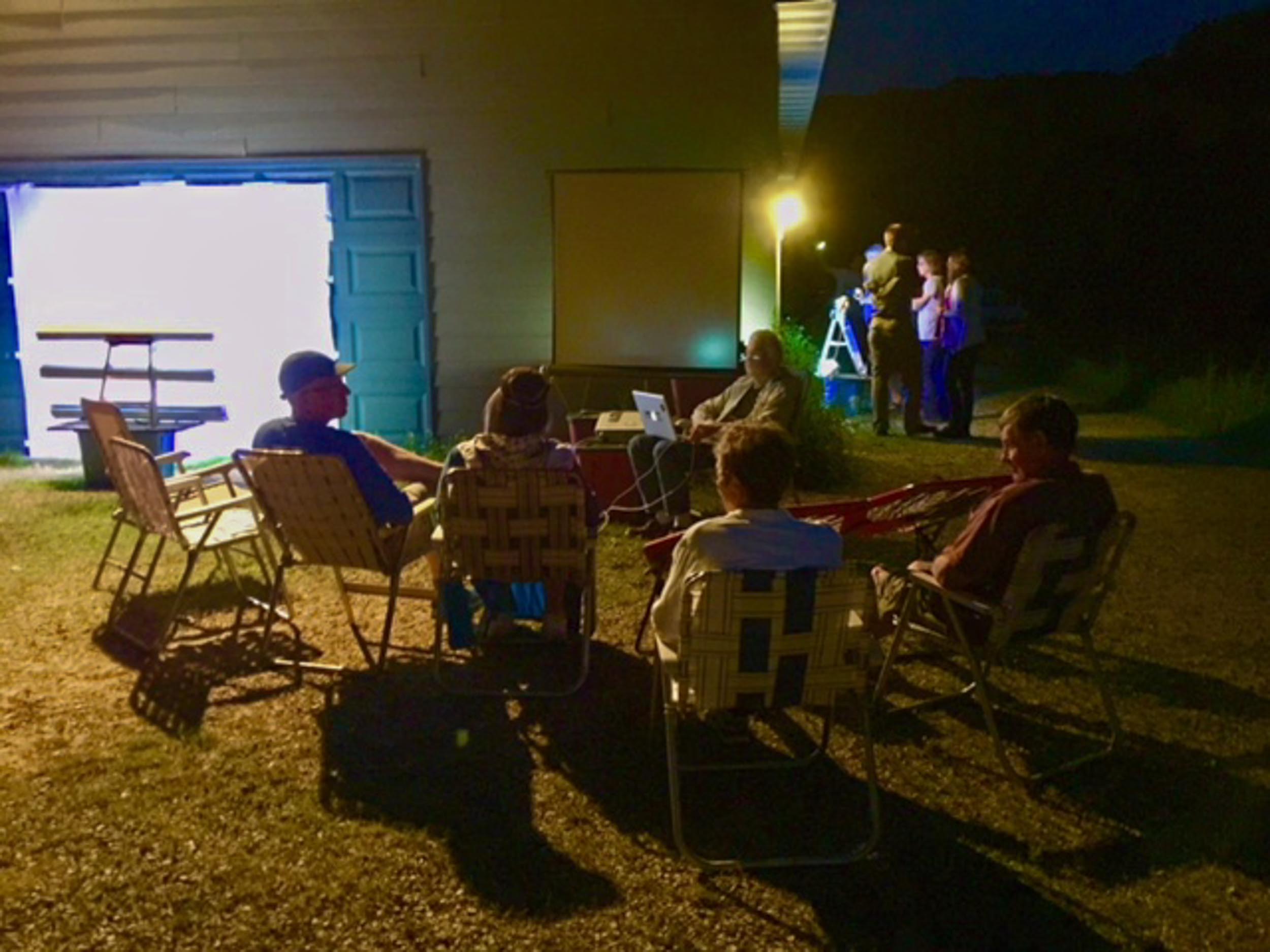 Quite a few people came early to take a walk through the prairies. 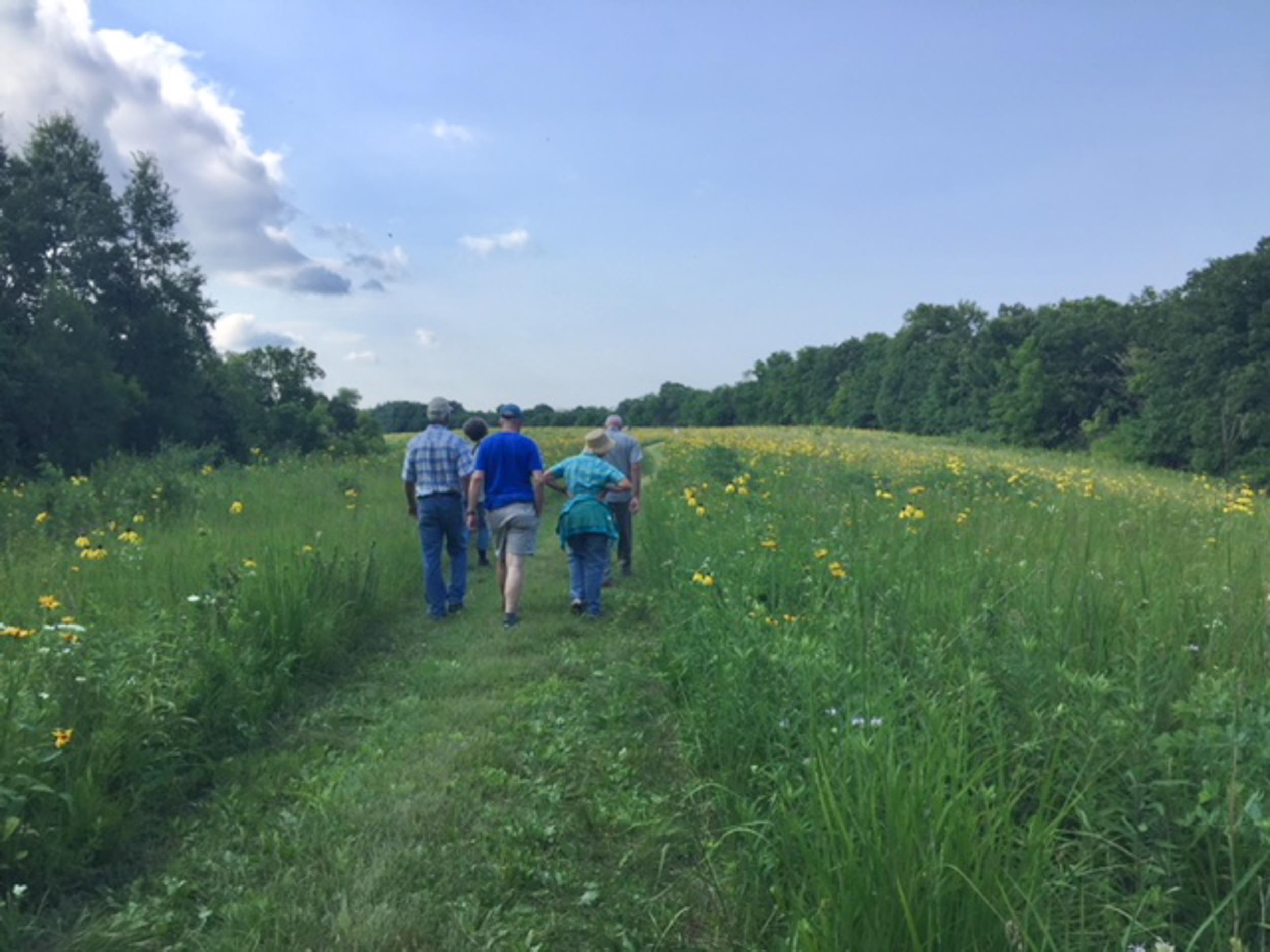 Last week, our friends Claudia and Doug came to visit. 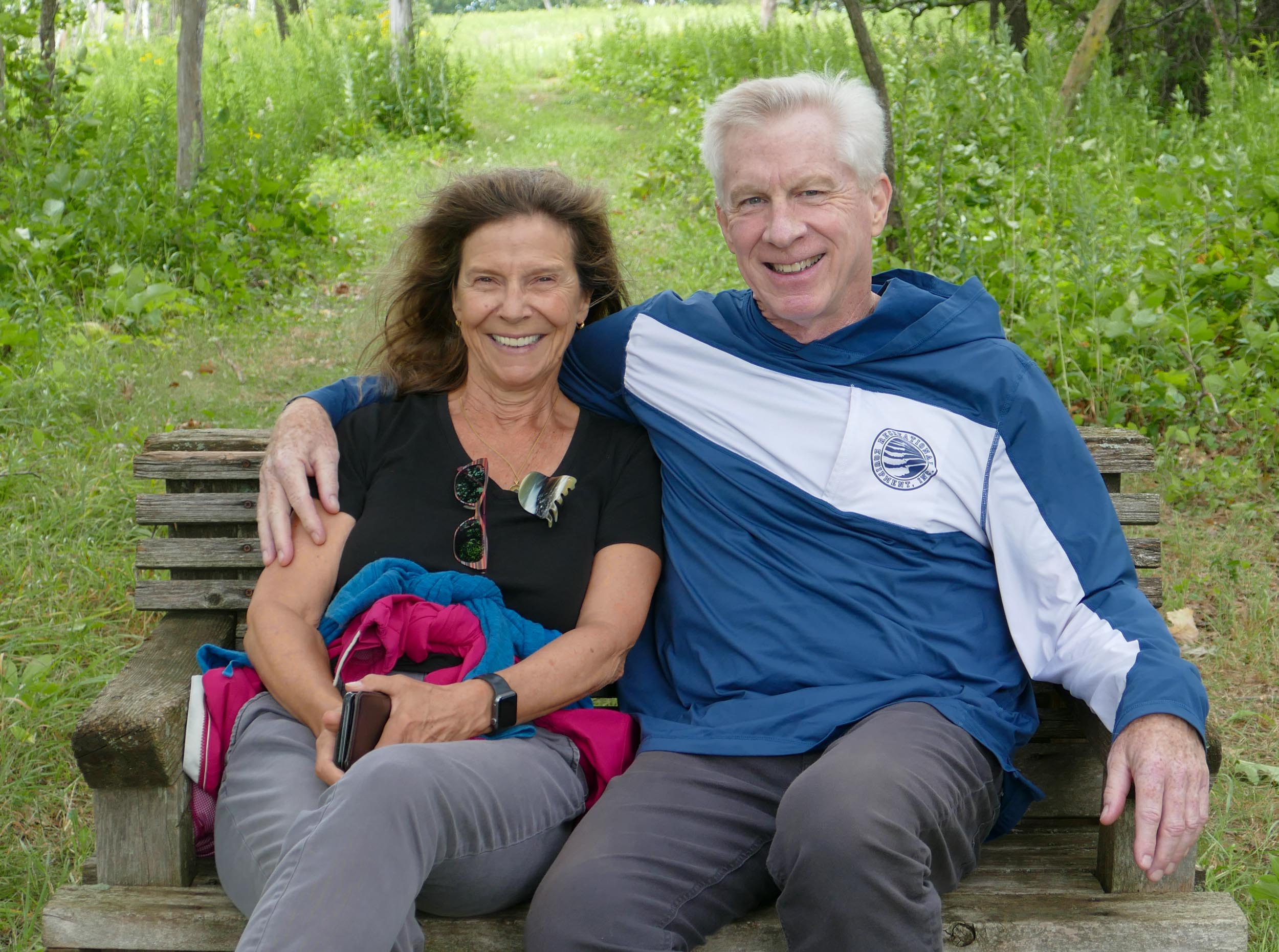 Doug and Mike played on the tractor, clearing a few fallen trees. 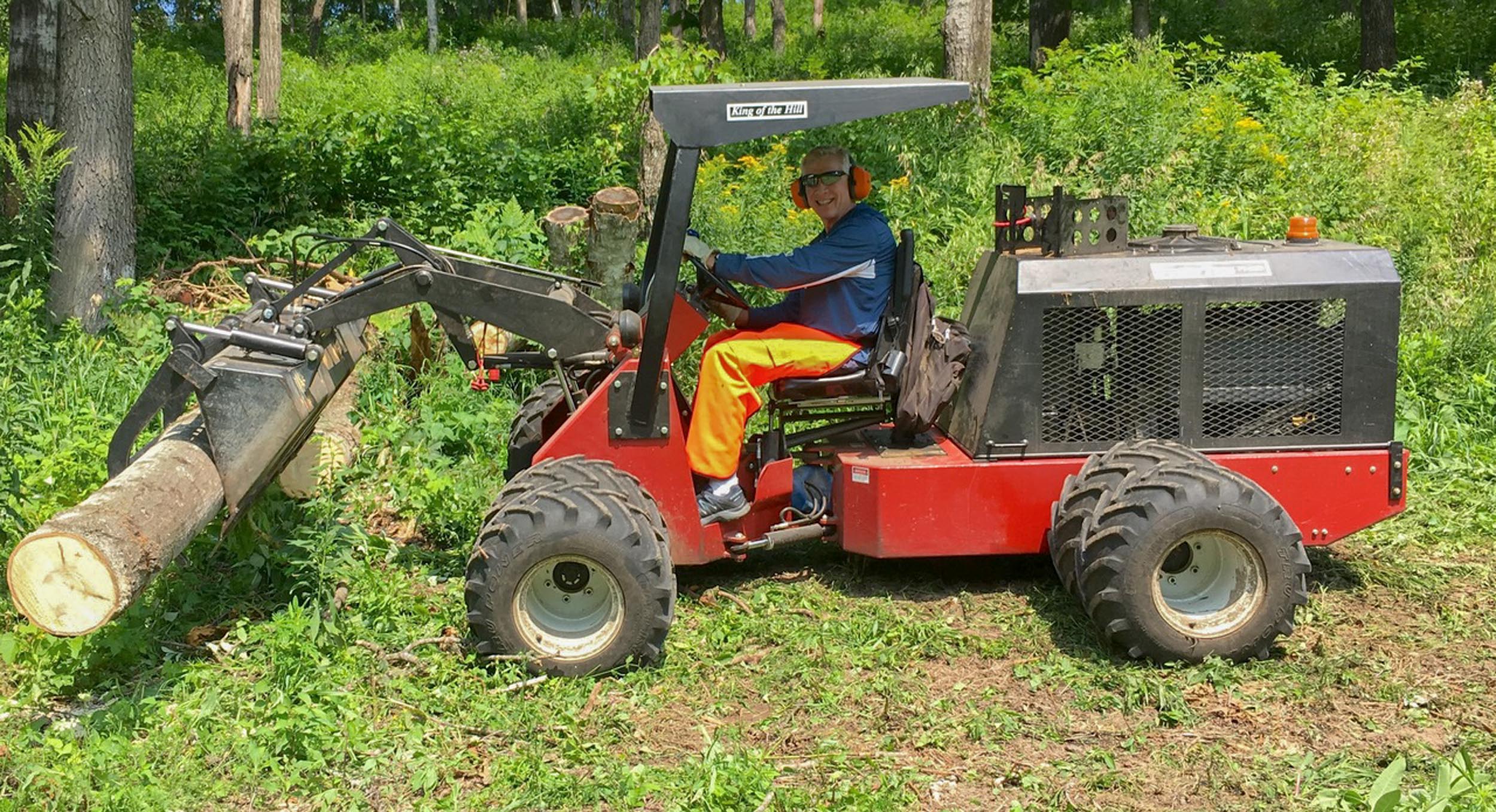 This is a young Orchard Oriole – smaller, slimmer and more green/yellow than the young Baltimore Orioles. 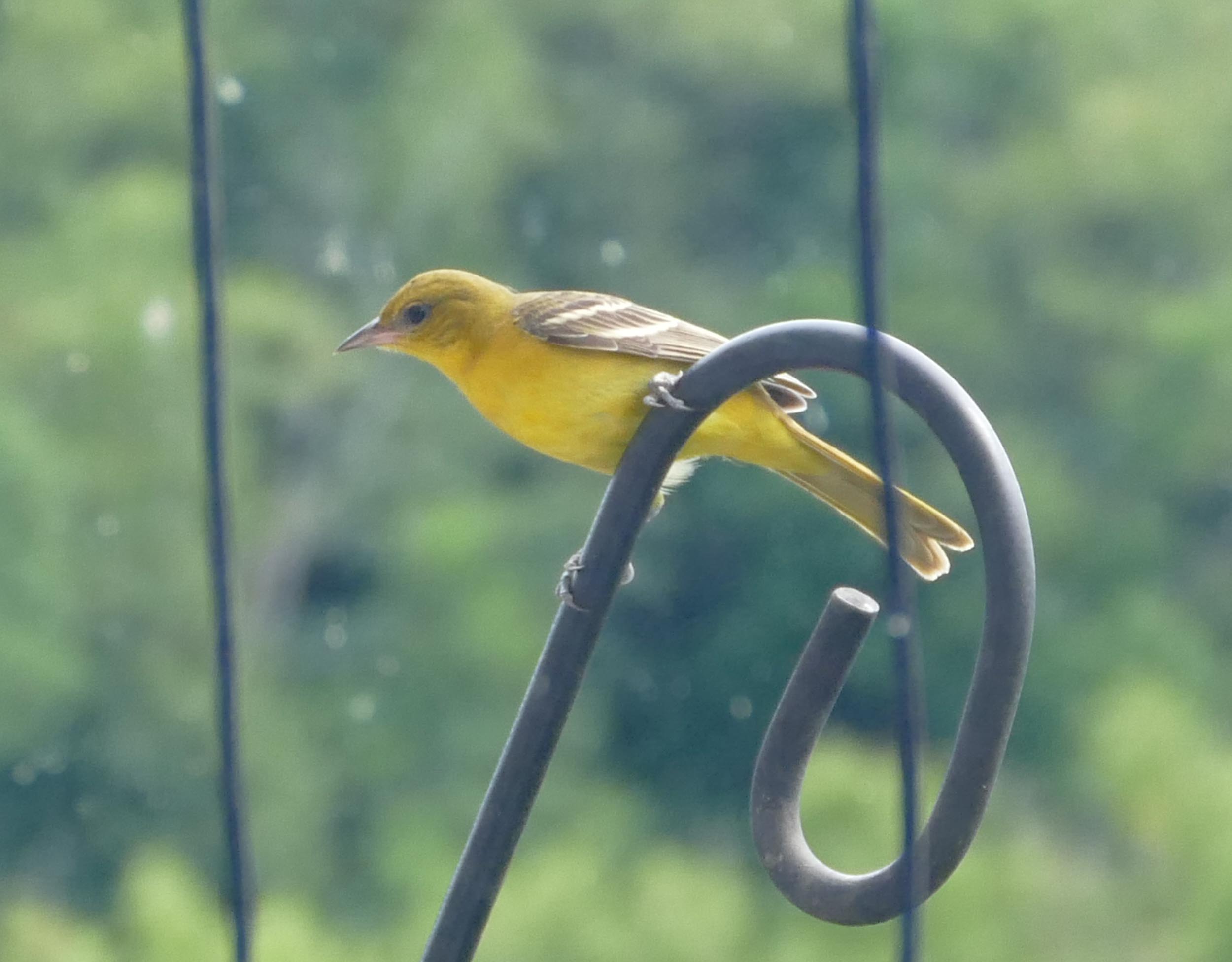 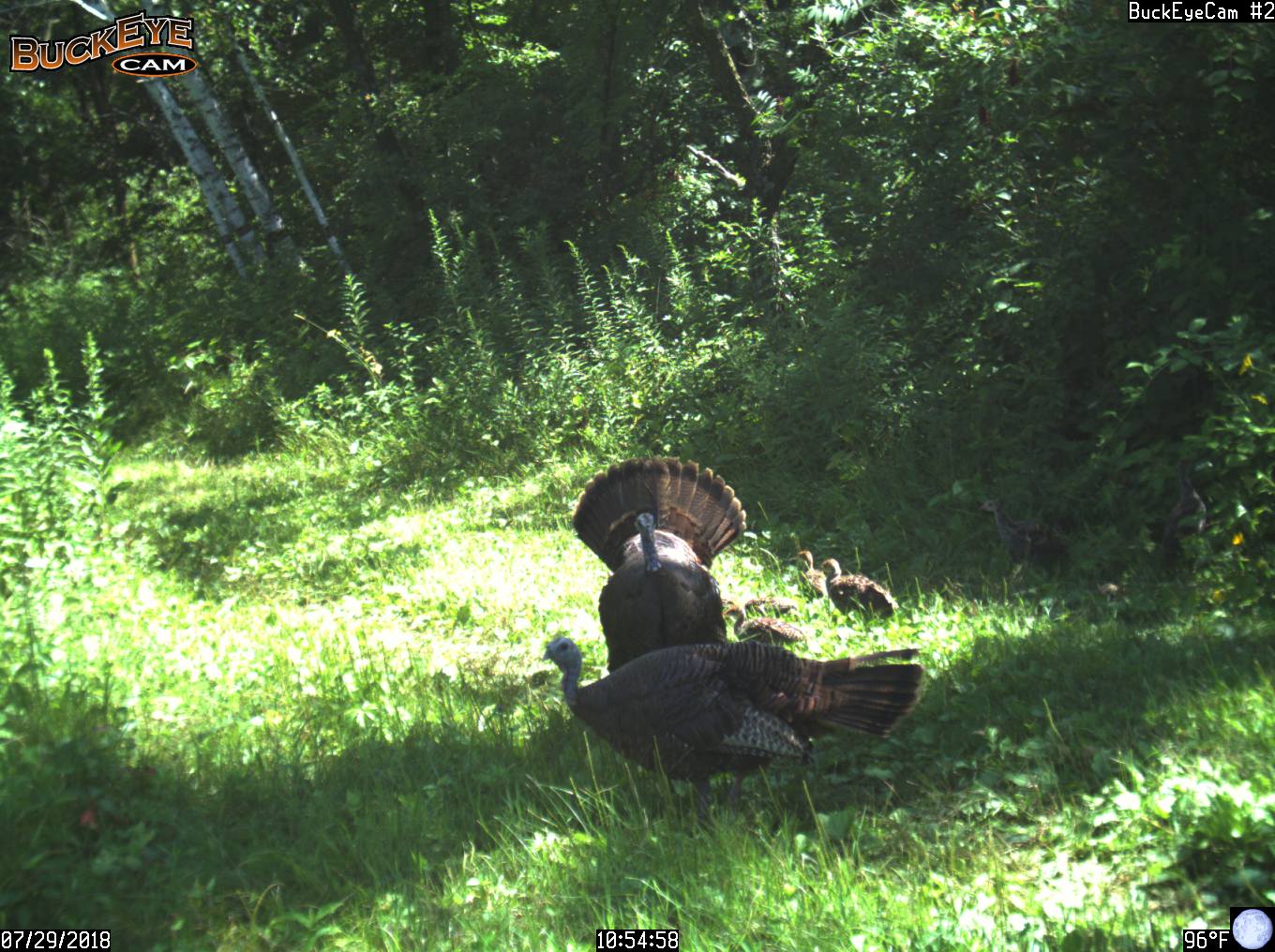 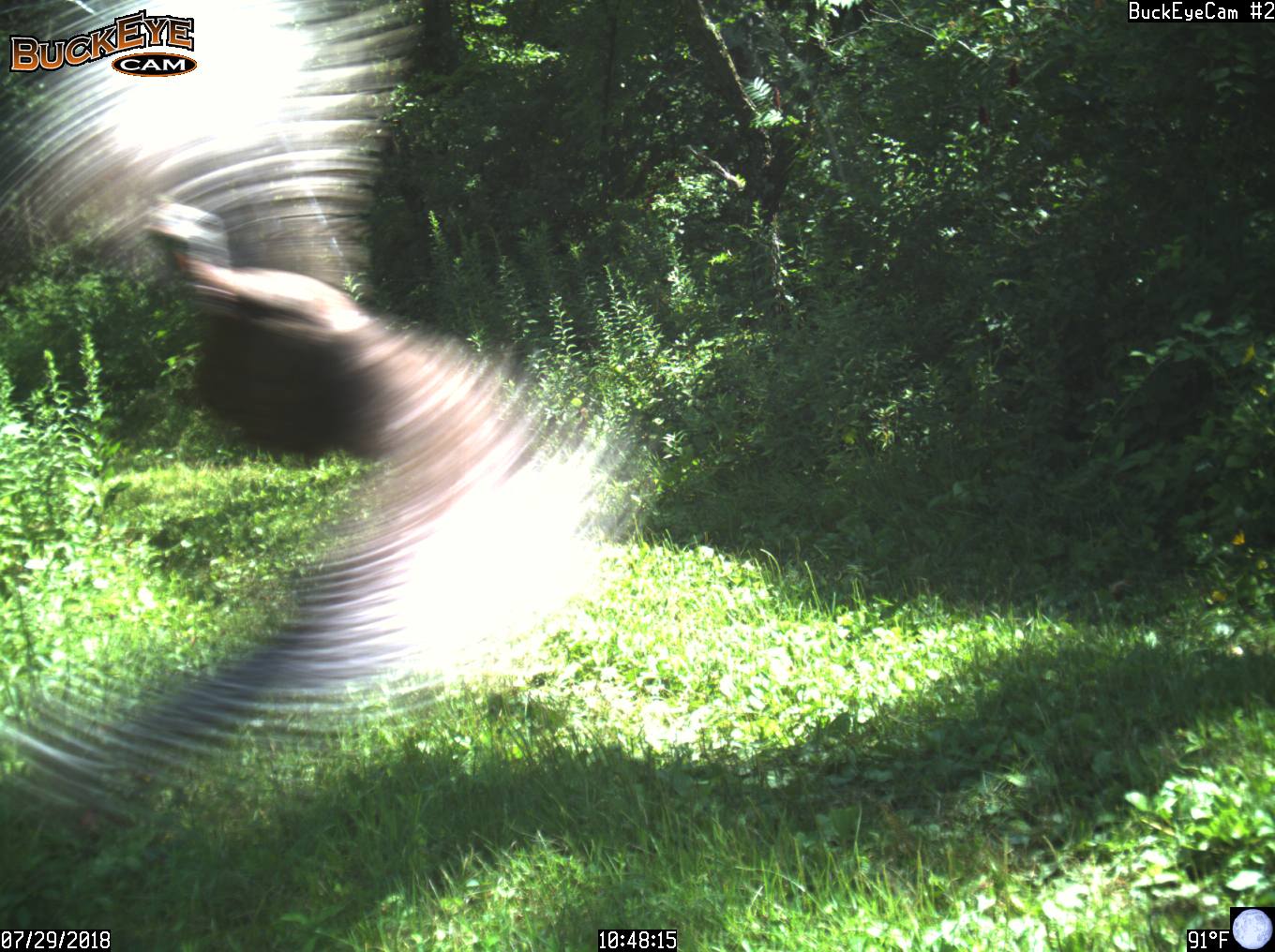 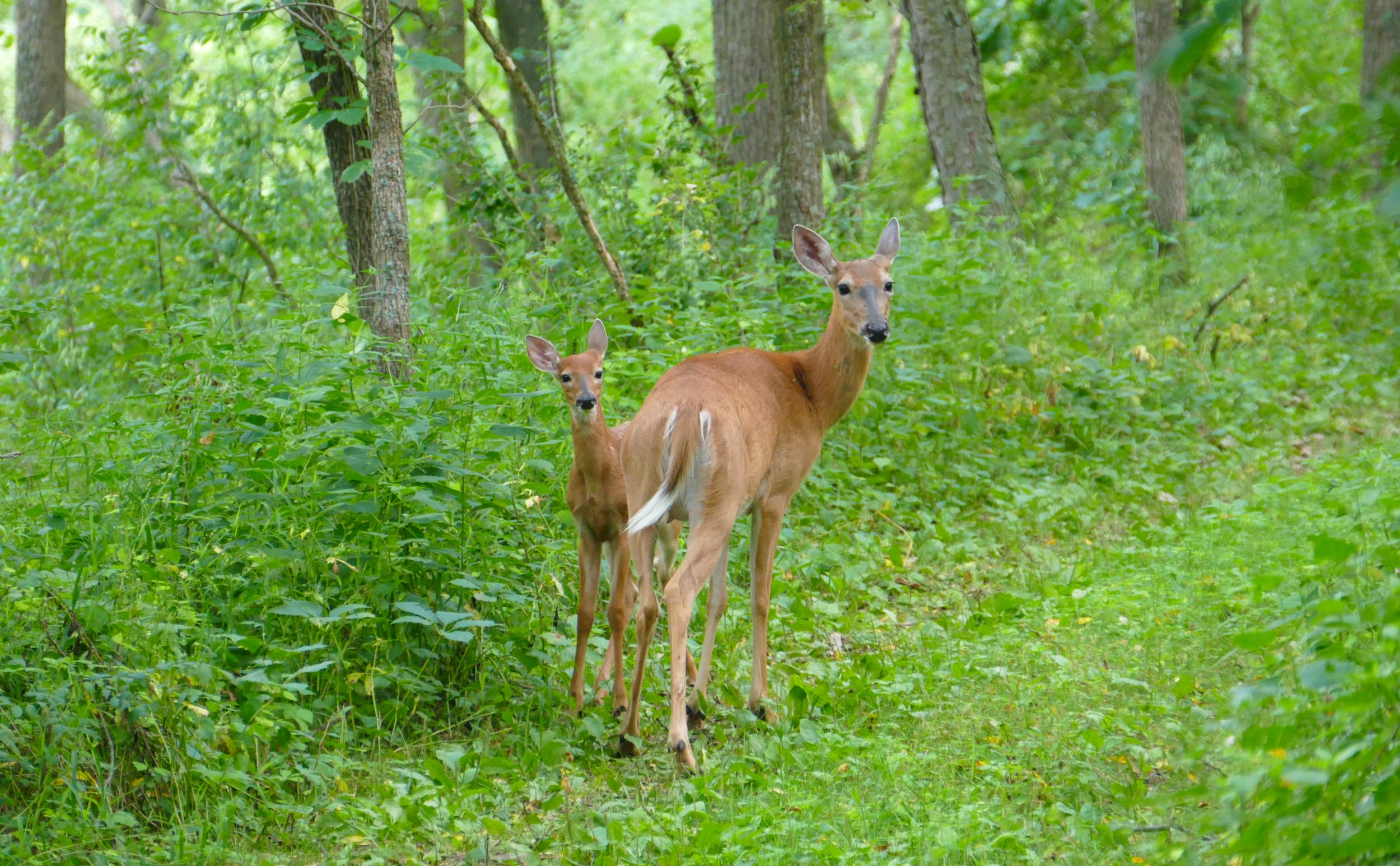 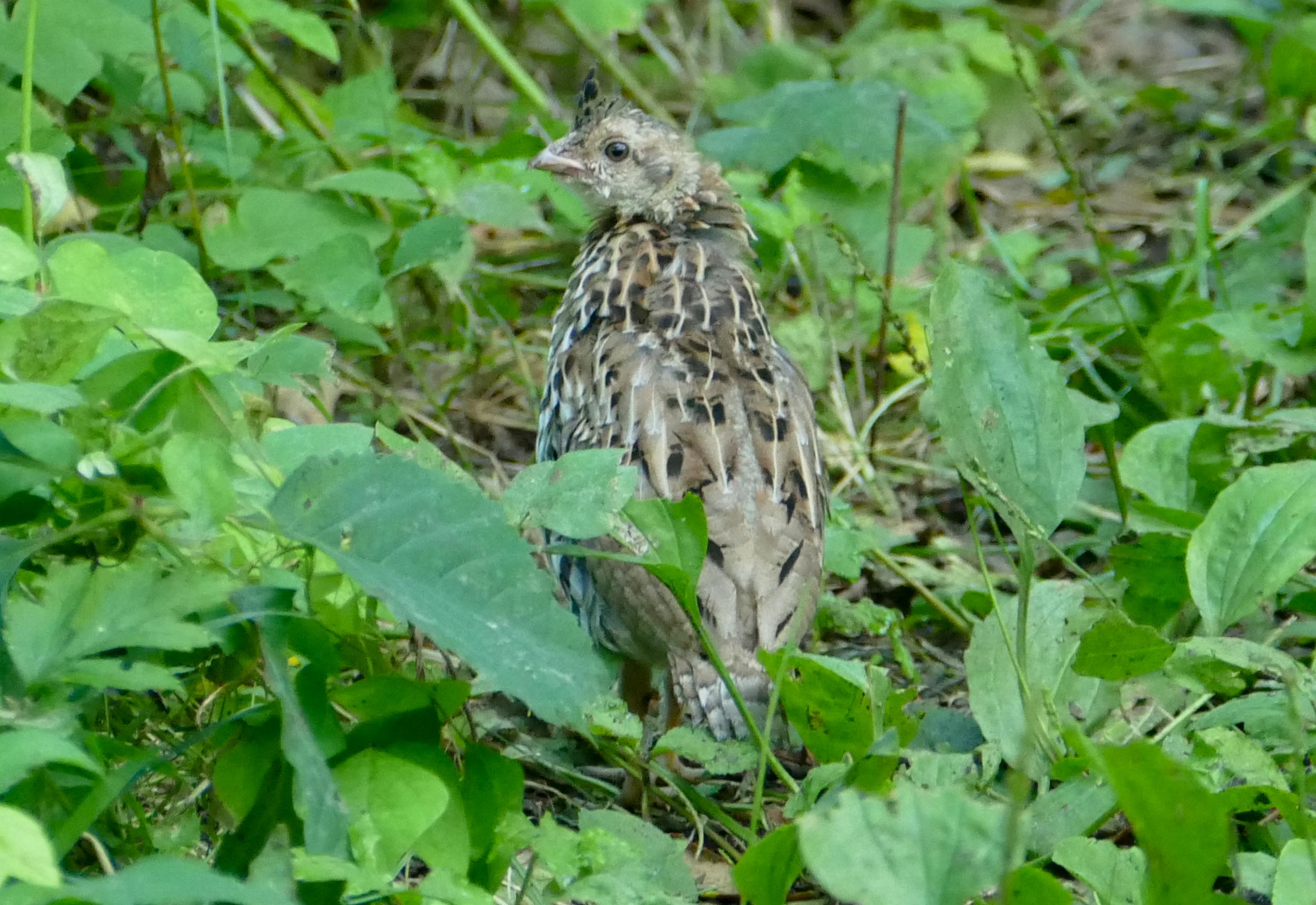 And a group of coyotes – maybe a family – on the prowl. 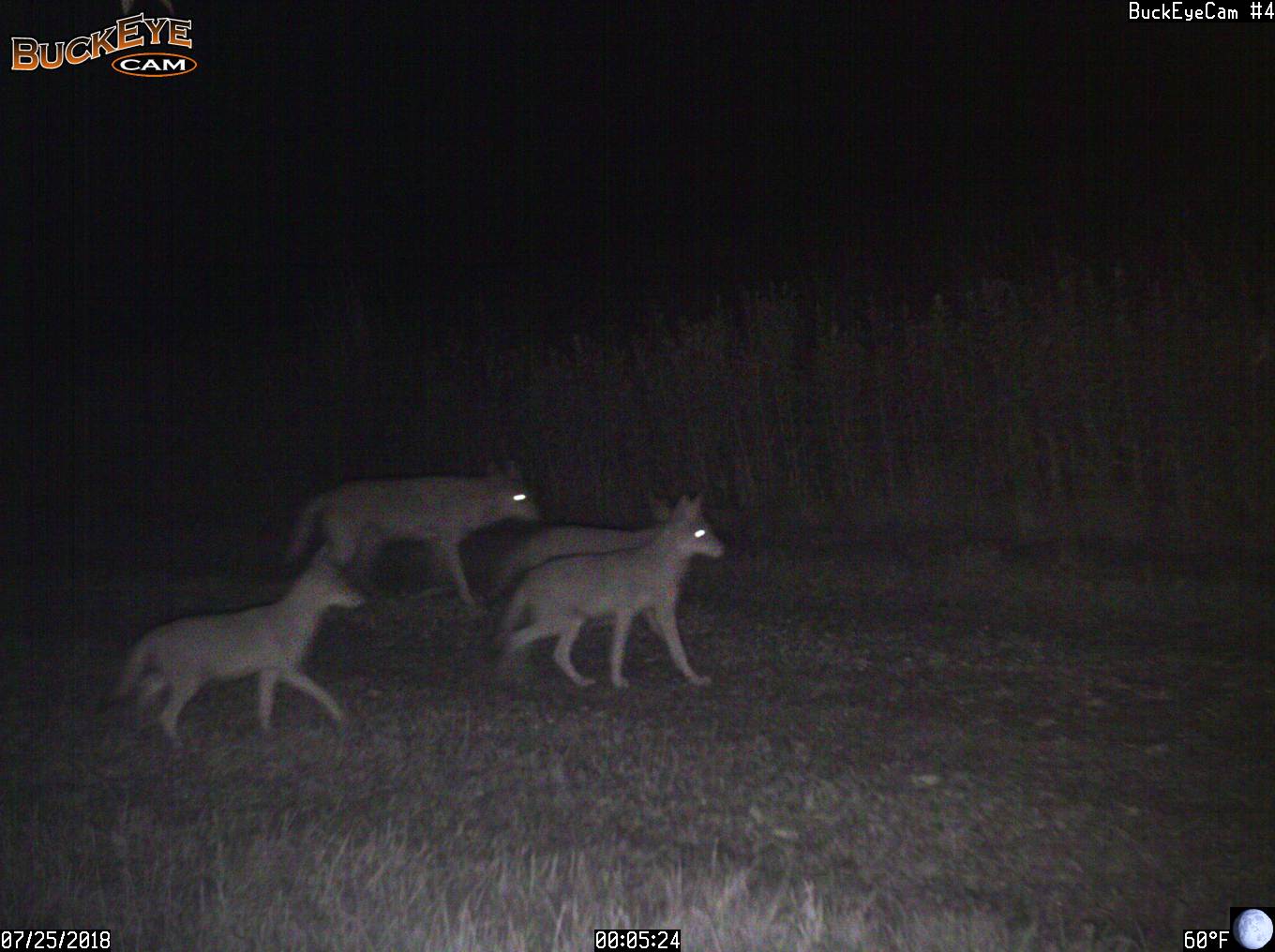 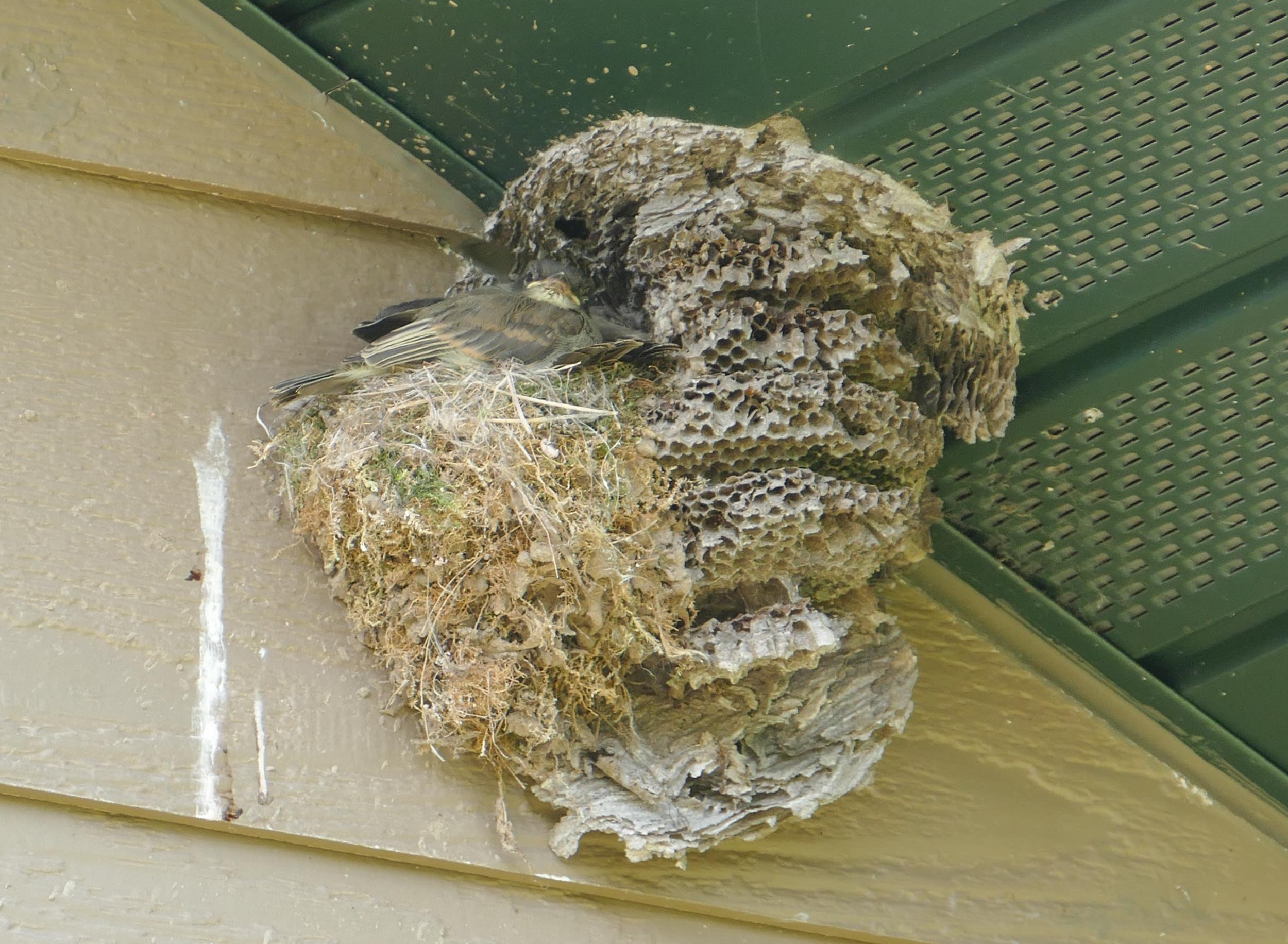 We’ve been working on ways to discourage Canada Goldenrod.  It’s native but very aggressive, especially in our prairie plantings.  One solution is to mow it for a year or two, just before it flowers.   In the foreground is a part of Pat’s Prairie that was mowed last summer –  when it had no flowers except Canada Goldenrod.  It’s much better this year – more diversity and much less goldenrod – so now we’re trying that mowing technique in some of the surrounding areas. 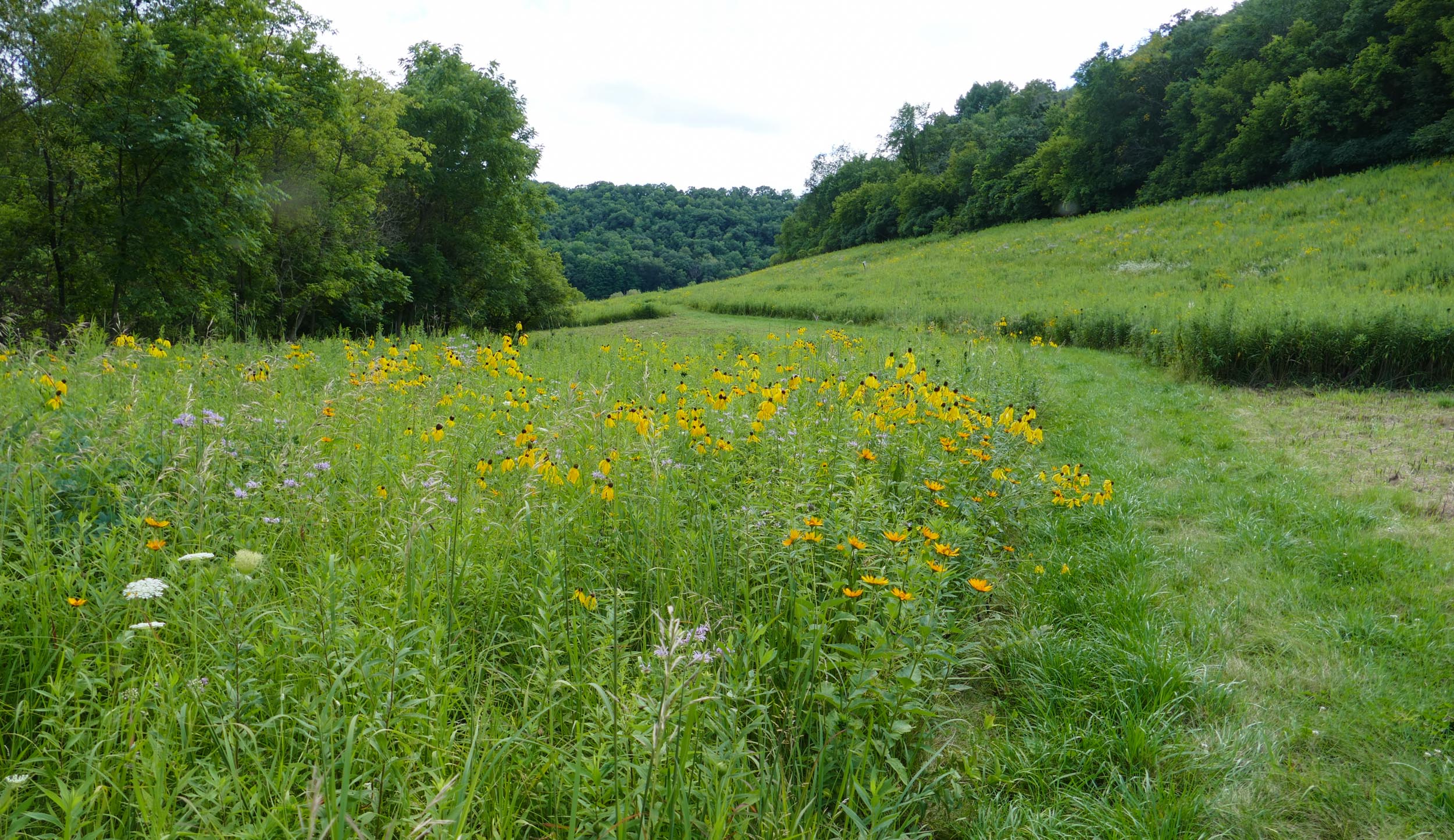 Another change in Pat’s Prairie is the path at the south end.  It was getting wetter and overgrown with willows, so Mike mowed a new path – up the hill a little so it’s drier. 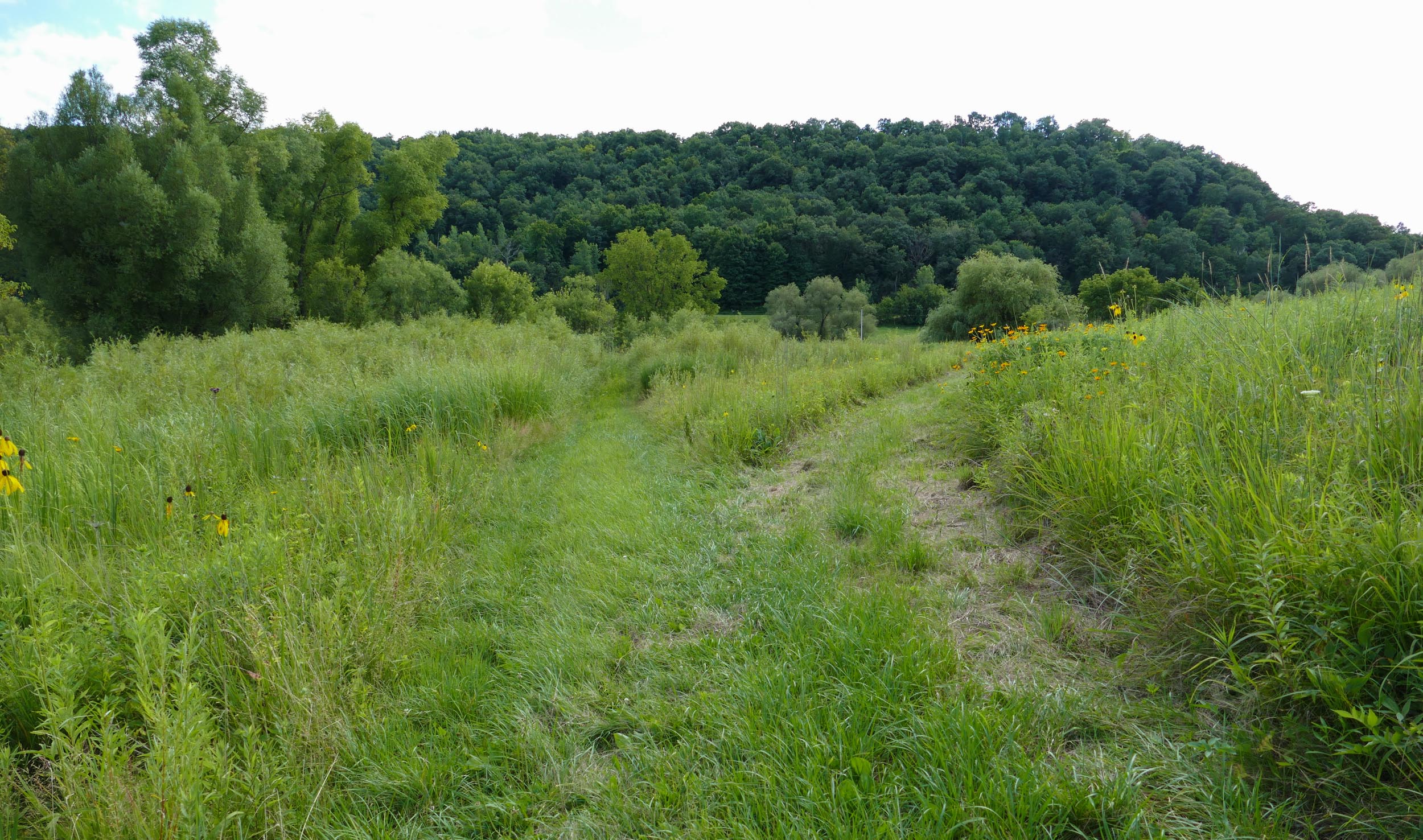 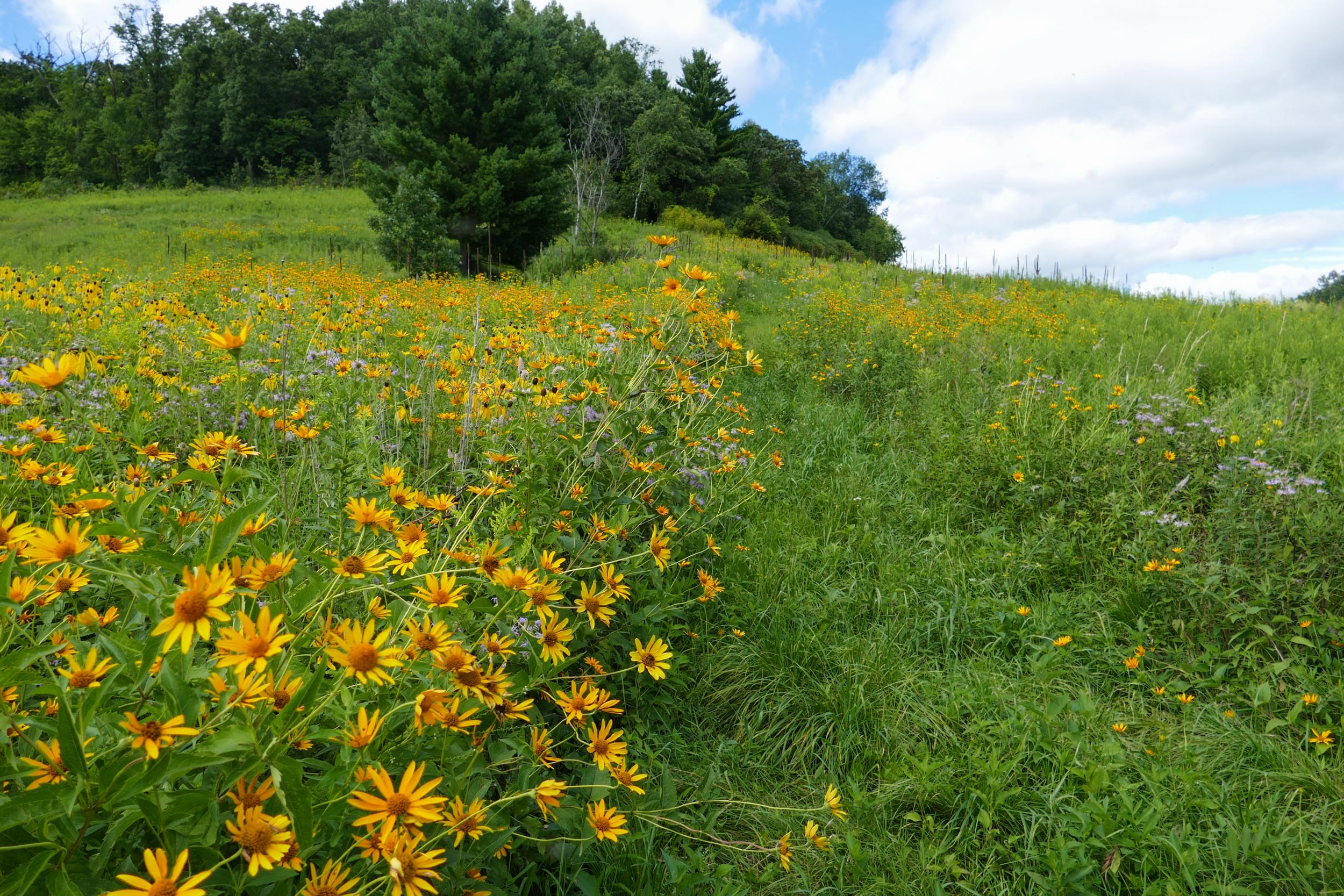 Pine Point Prairie – Mike mowed a path across the hill earlier this summer.  We decided the path was too high and too steep, so we abandoned it.  The plants didn’t seem to mind the mowing. 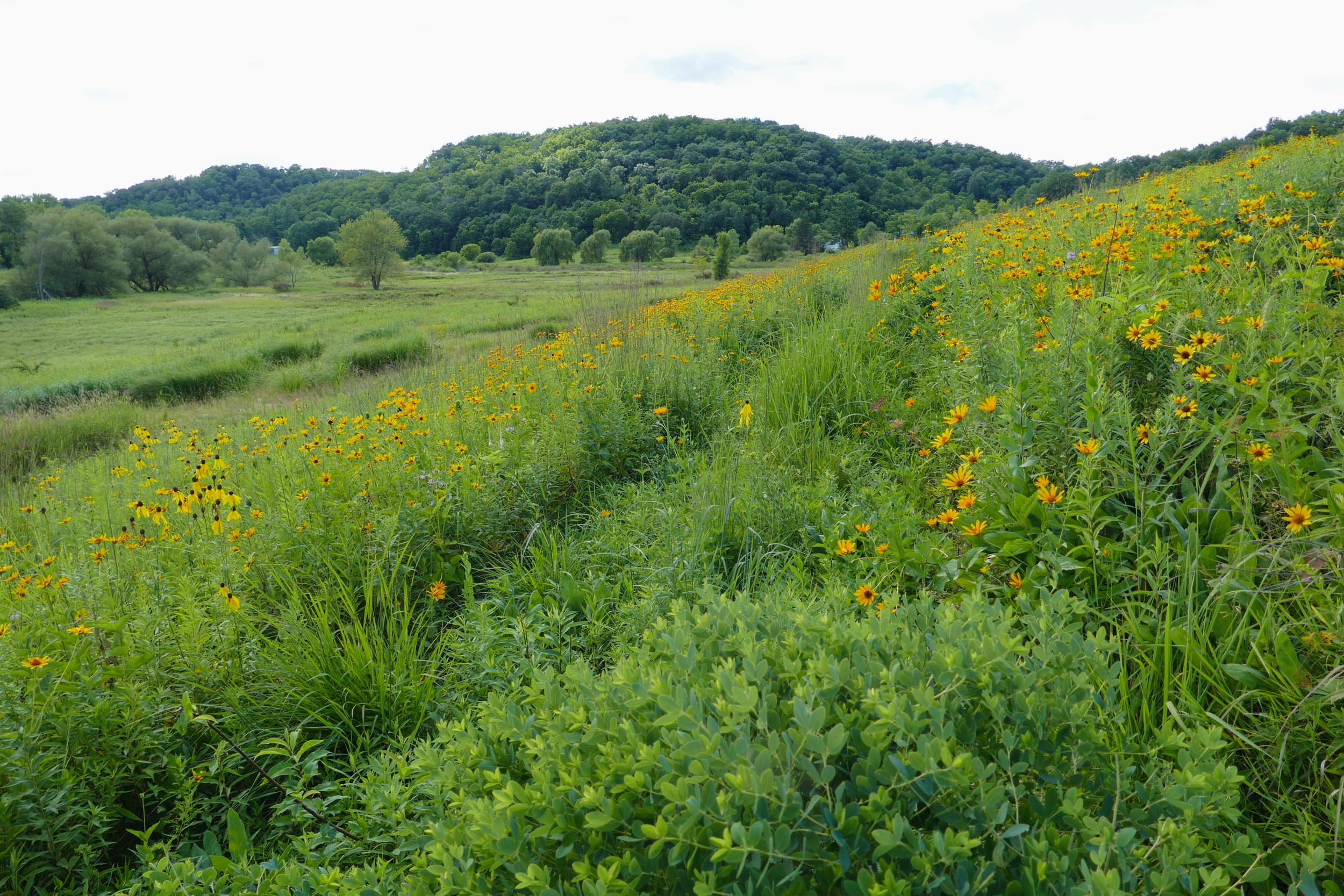 Storm clouds over the Narrows Prairie. 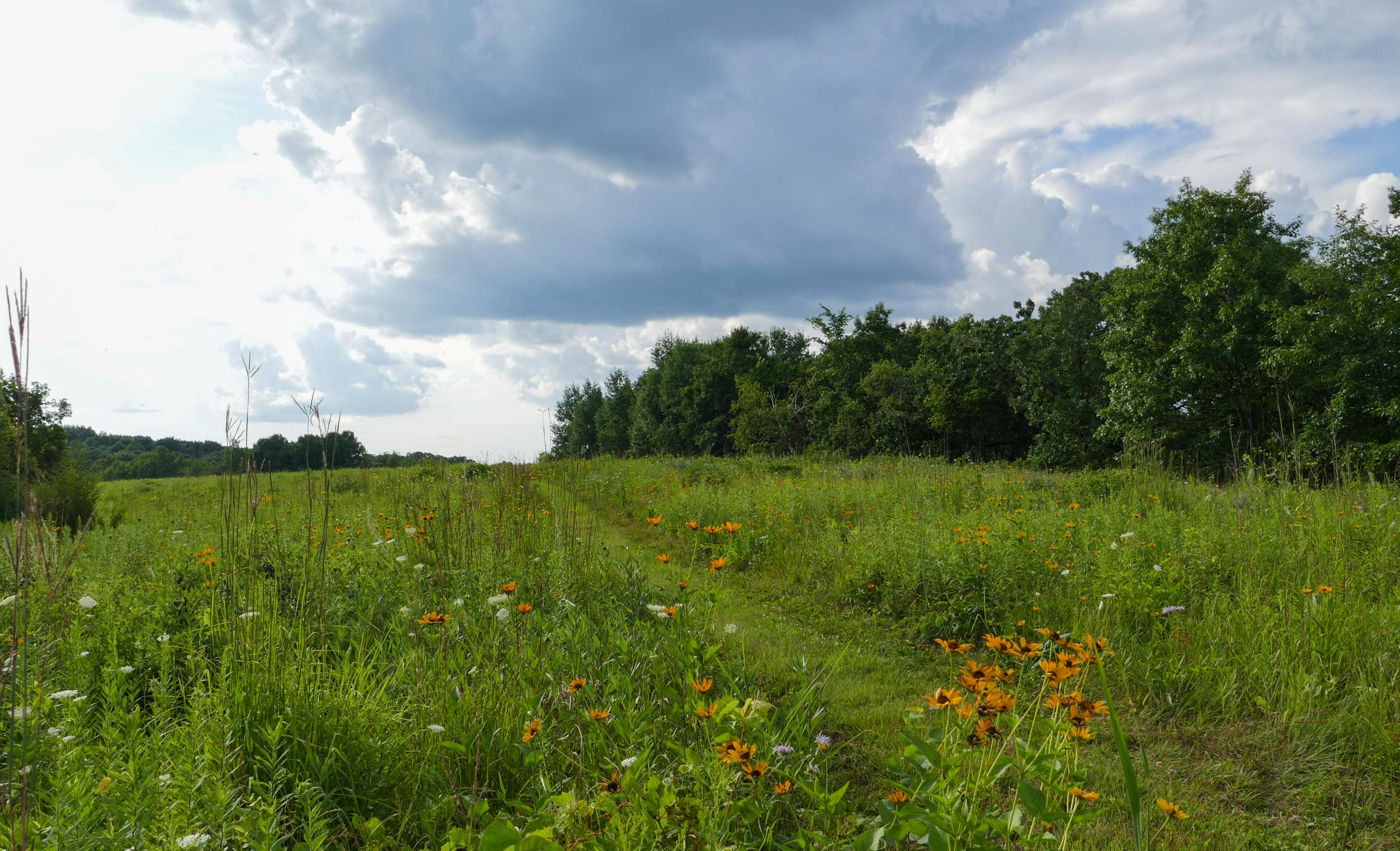 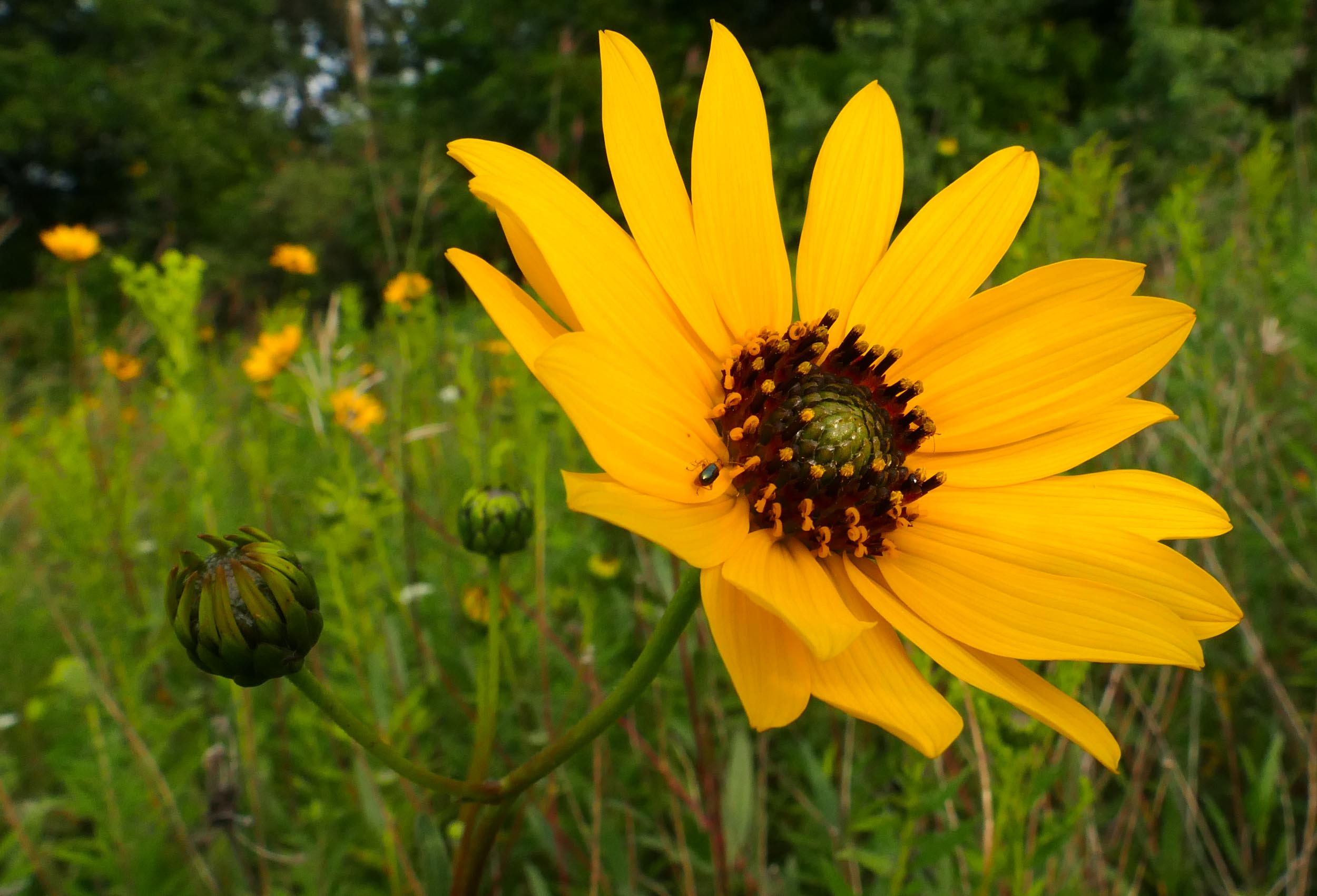 I walked though the weedy eastern part of our wetland a few weeks ago – I found several large beaver dams with big lakes behind them. 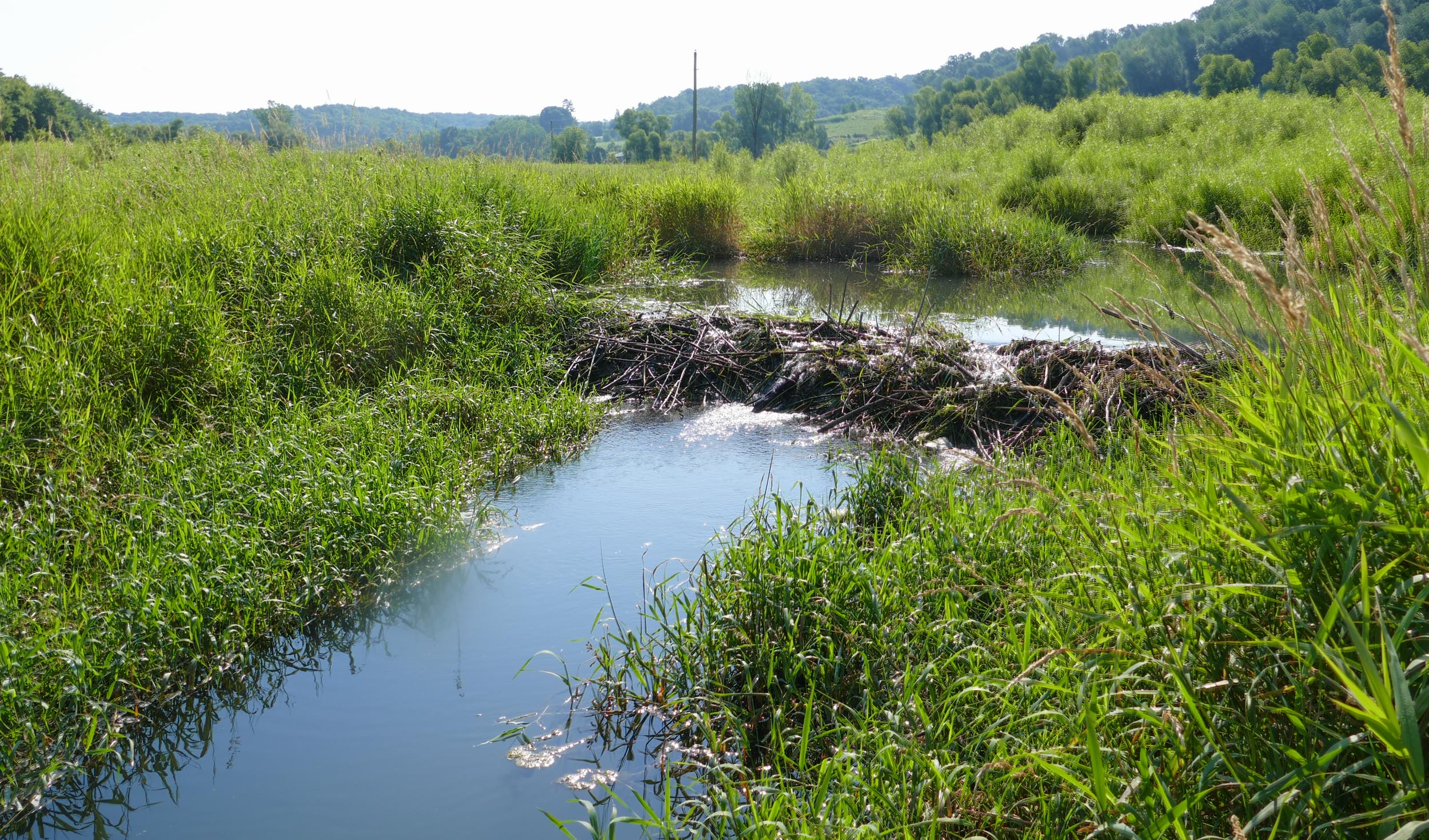 Parsnip Meadow – in the western part of the wetland – is looking good this year.  This field used to be nearly all Wild Parsnip.  After spraying with roundup, planting with wetland seeds, and many years of mowing and pulling Parsnip, it finally has lots of native flowers and bees and butterflies.  Blooming now are Joe Pye Weed, Cup Plant, and Wild Cucumber.  There’s also lots of Common Milkweed. 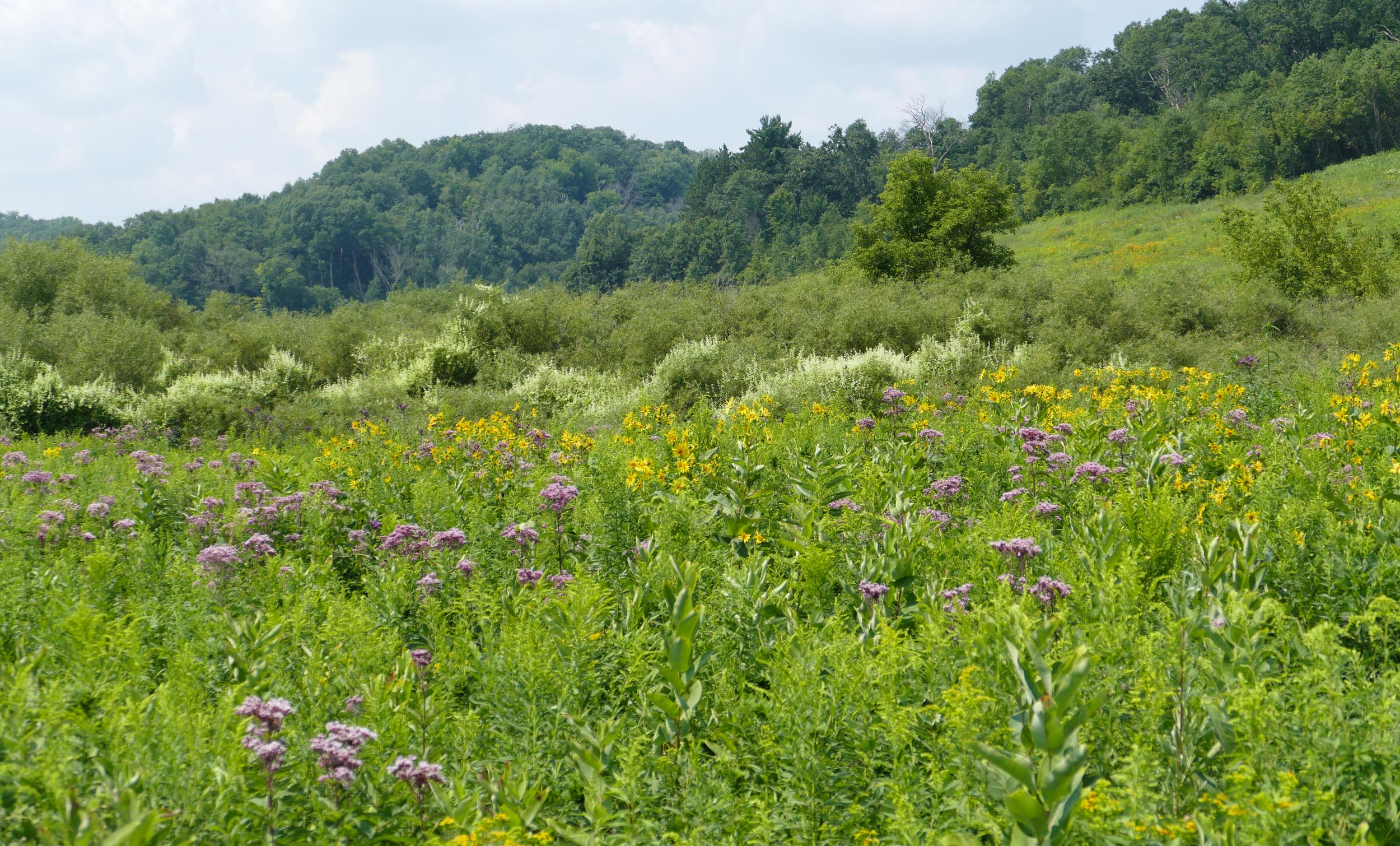 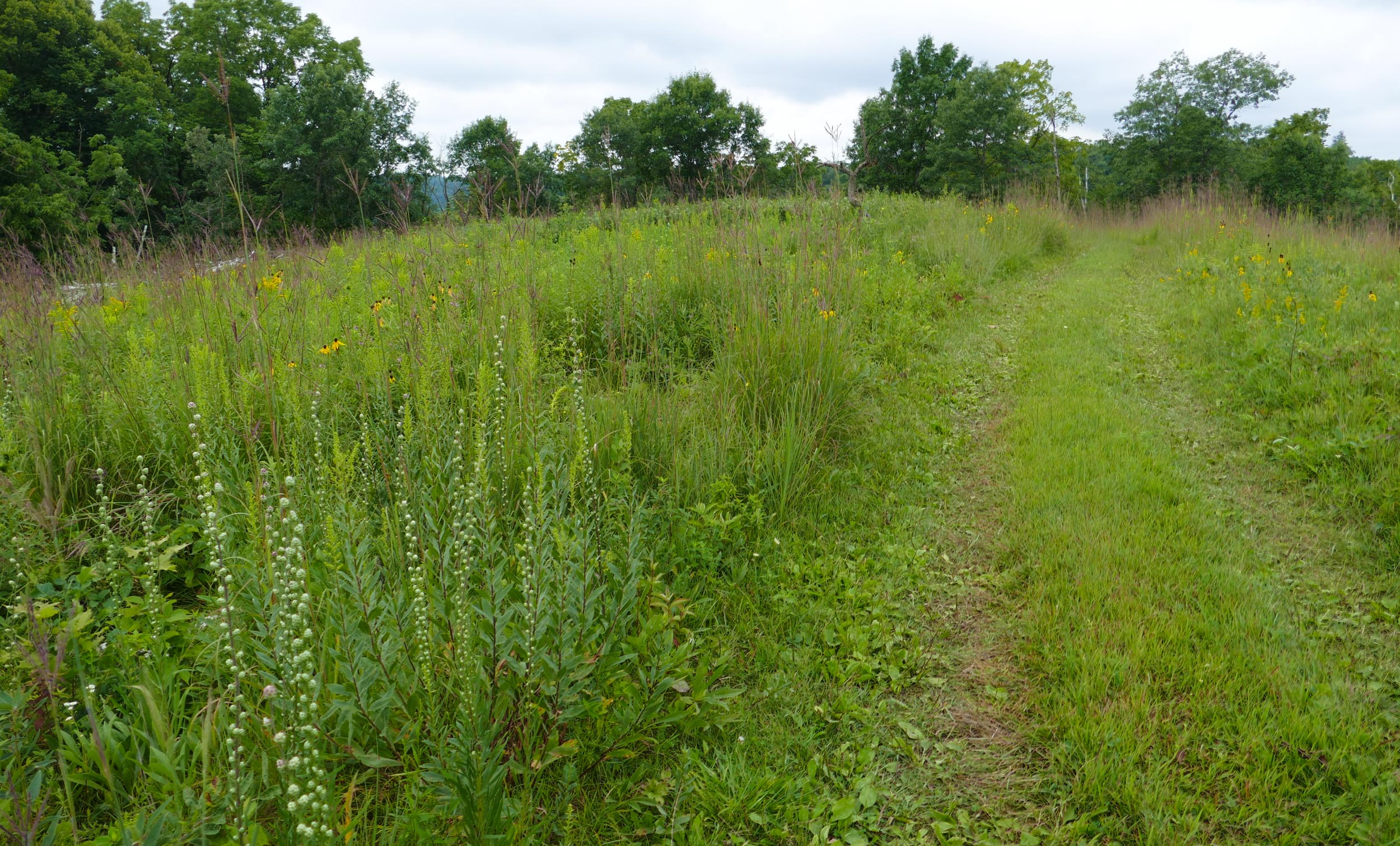 The Cabin Road – one of our trails through the woods. 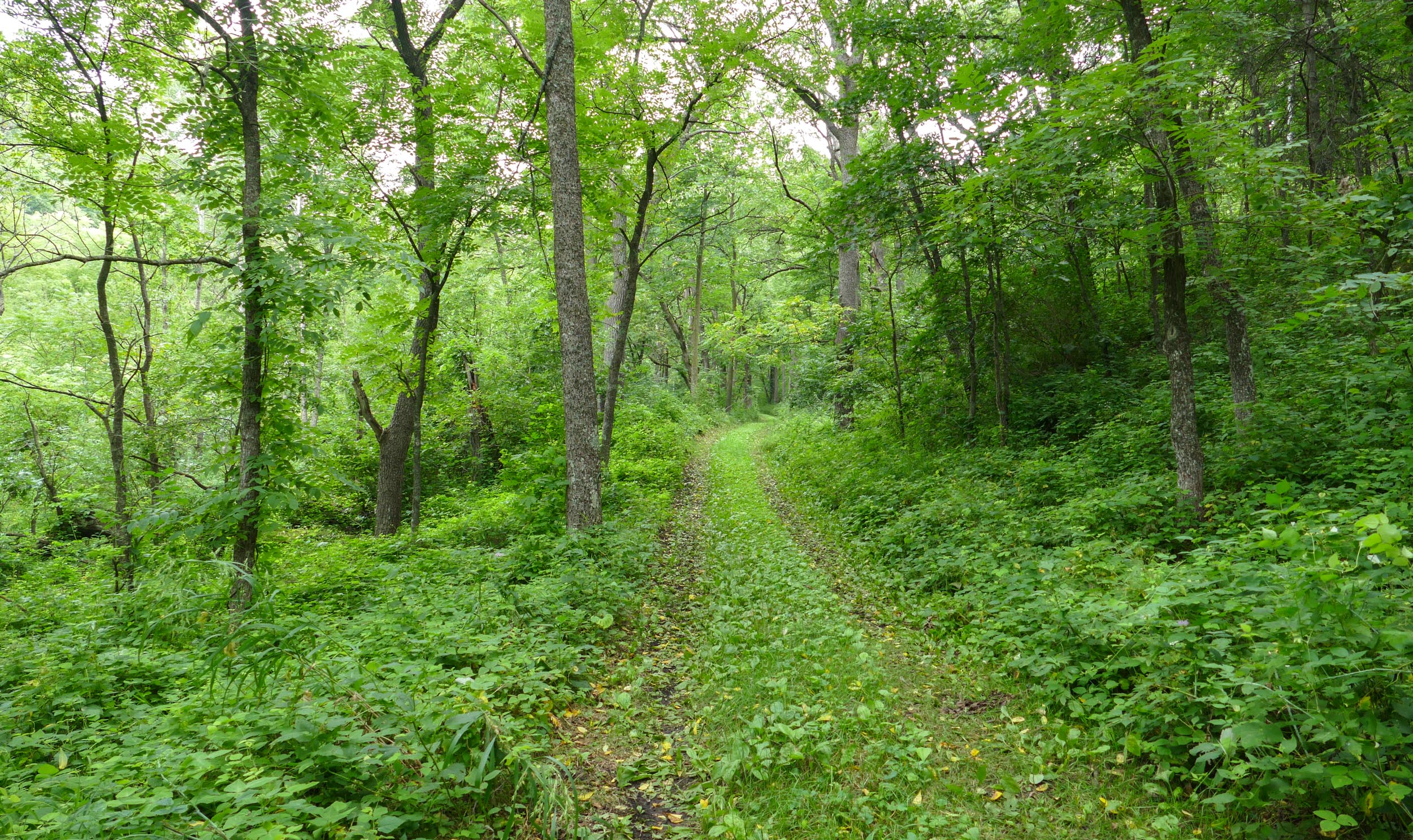 This is a White-lined Sphinx – one of the moth species that people sometimes mistake for hummingbirds because they hover at flowers to sip nectar.  This one was attracted to my lights. 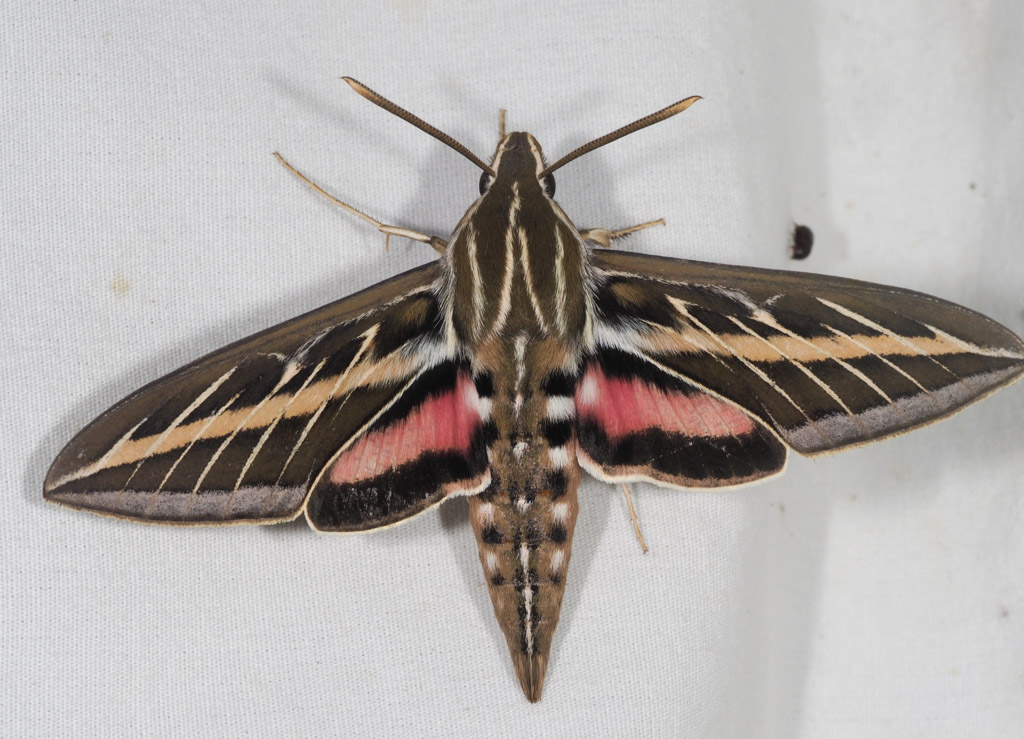 The view from Hidden Oaks Point – with a little haze in the air from the western wildfires.  Mike has been weed-whacking sumac on some of our bluff prairie points.  Cutting doesn’t get rid of sumac, but it discourages it for a few years.  This prairie looks much more open than it did a week ago. 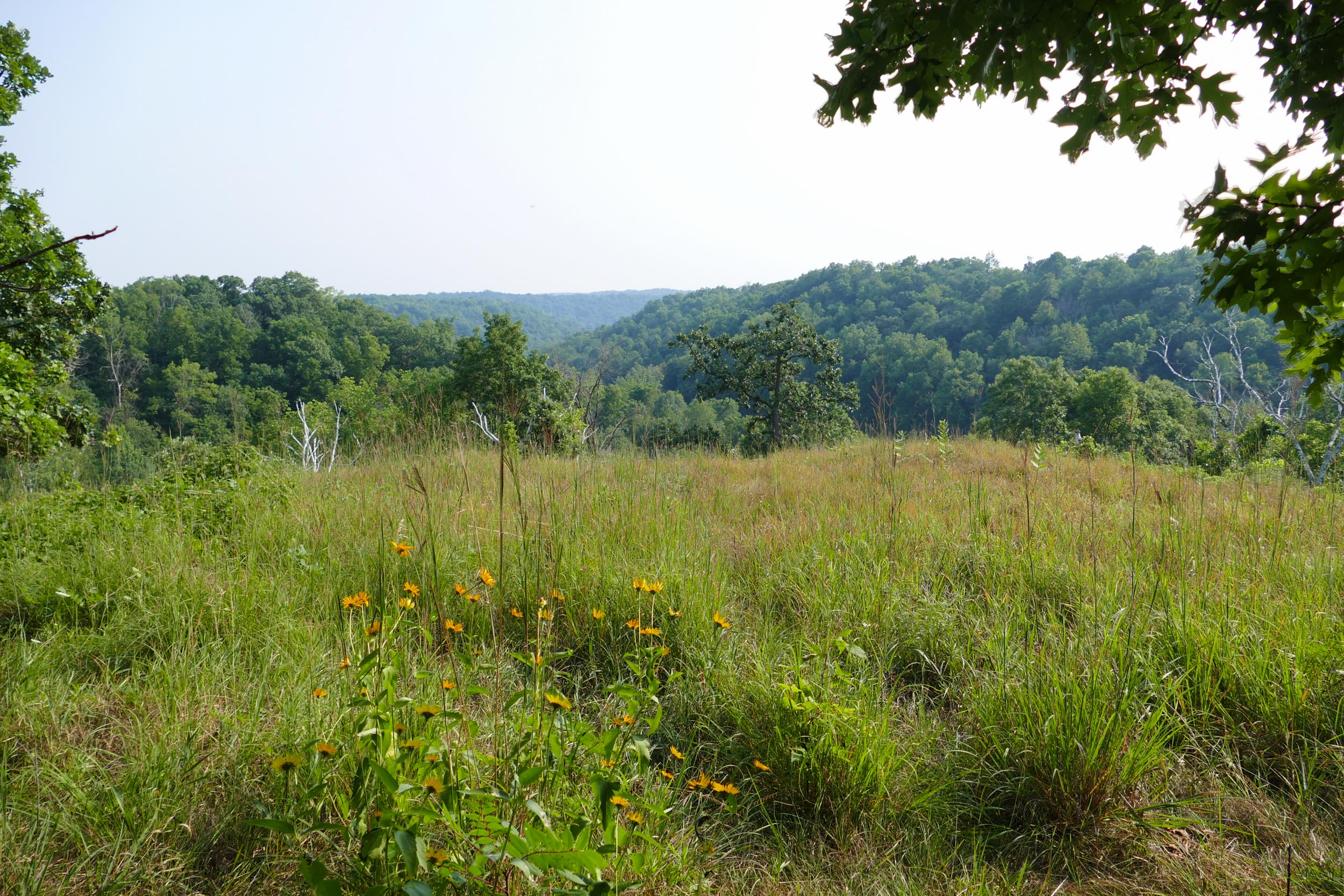 Here’s a fun comparison.  This is an old photo – probably from the 1950s – of the south end of Pat’s Prairie and the beginning of our dugway trail. 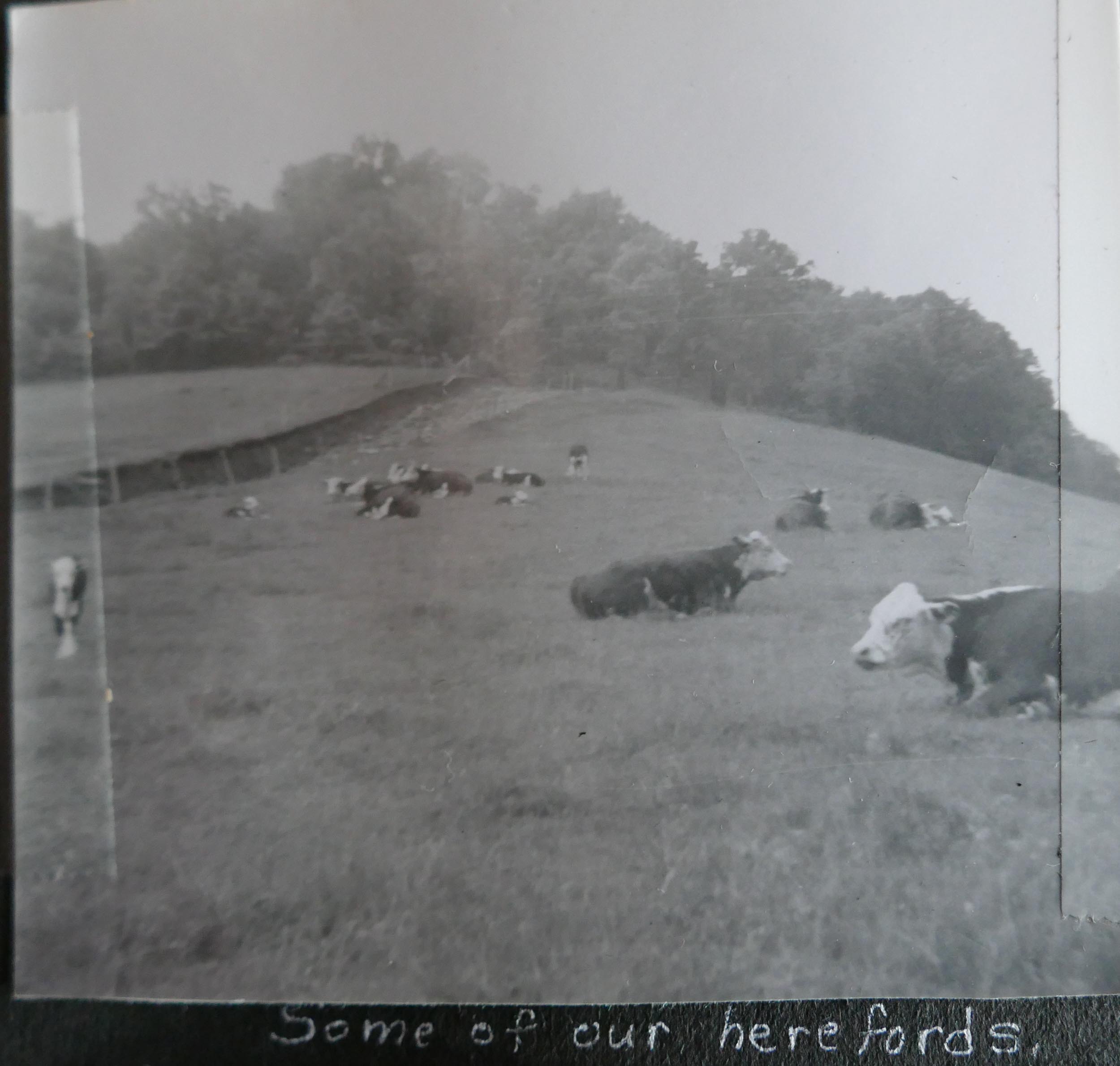 This is almost the same view from last week. 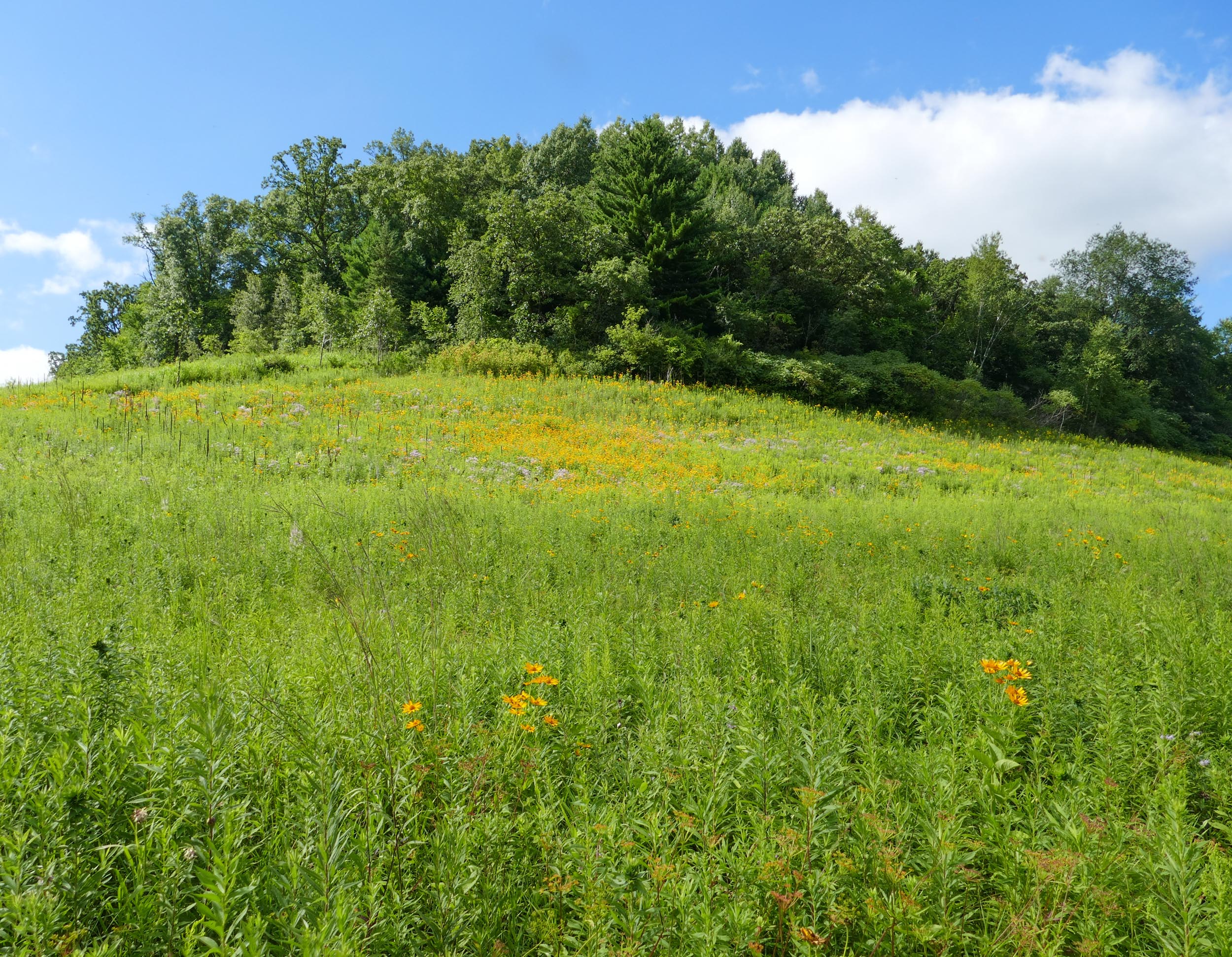