This has been a big week – beginning this year’s prairie planting and the Golden Eagle Count.

I started planting a few days ago.  I’m planting about 10 acres this year – 8 acres in Center Valley, and 2 in Goldenrod Valley.

Both are “old fields” – they were farmed at one time, but abandoned years ago.  They’re both full of weedy natives and exotics – Field Brome, Black-Raspberries, and Canada Goldenrod.  But there are desirable natives too:  Violets, Monarda, Wild Geranium, Giant St. John’s Wort, and Asters.  I’ve been puzzling for years about how to tackle them.  I decided to try overplanting with natives – aggressive ones that should grow even with lots of competition.  Mike mowed both fields last summer, so the seeds have a chance of getting down to the soil.  And we’ll mow all this summer, to give the new prairie plants some light to grow.  Next summer – the summer of 2011 – we’ll let everything grow up and see if the natives have survived.

Here I am with my sled – I carry buckets to hold the seeds, the bags of seeds, and my snowshoes on the sled. 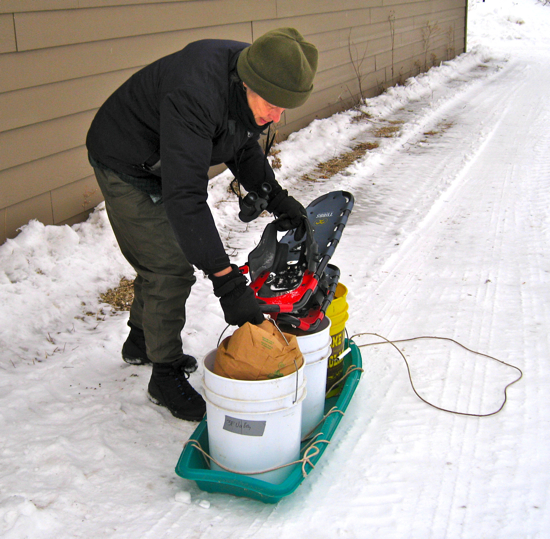 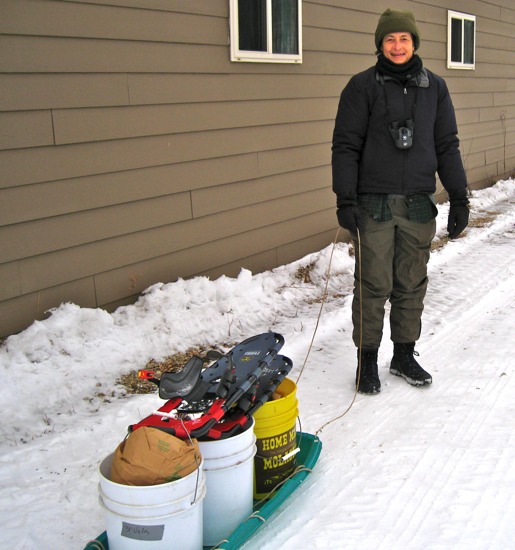 The field is along the driveway, so I don’t have to pull it very far.  Then I put on the snowshoes, and head out across the lower, already planted prairie to the upper, steeper part that I’m planting this year. 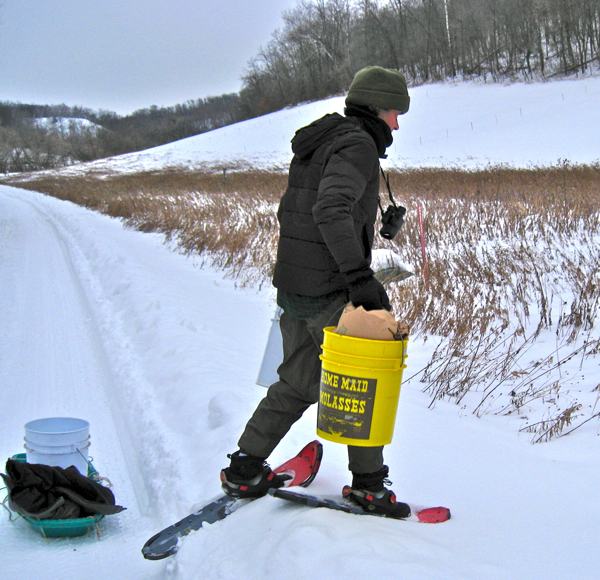 Mike took some video of the planting process.

This is the way the seeds look on the snow – the large black pod is from White Wild Indigo. 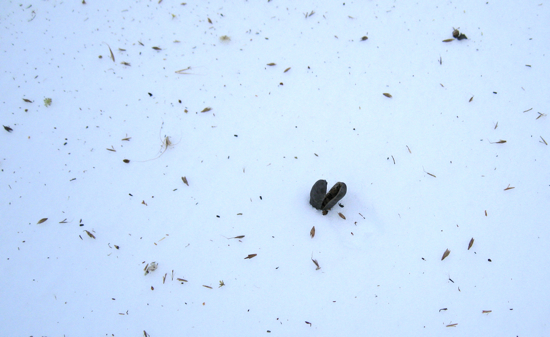 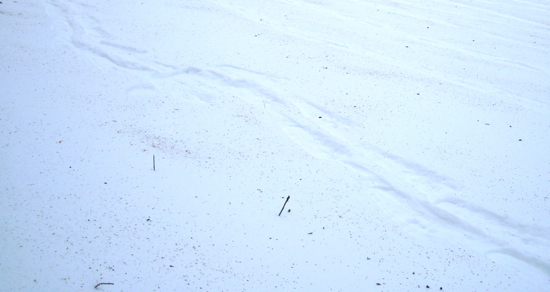 Here’s the view from the field – the house, a bucket with bags of seeds, and some of the sections I have yet to plant. 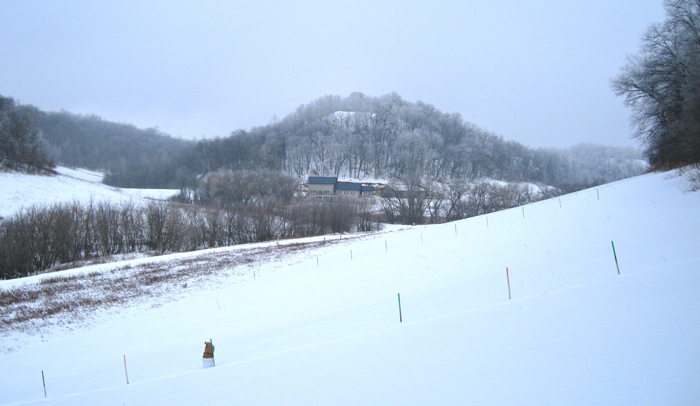 Looking the other direction – across the sections I’ve already planted. 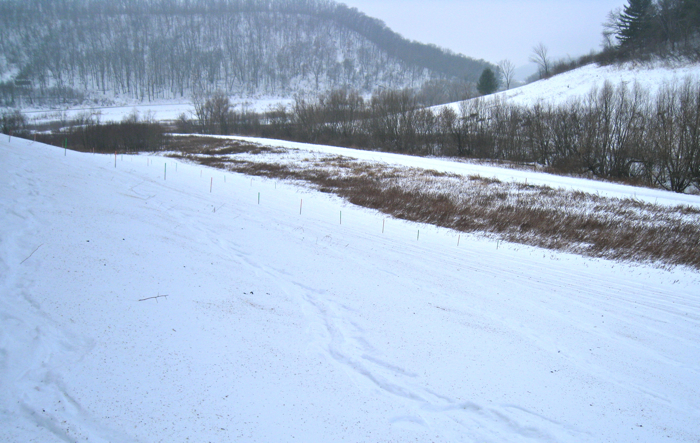 While I was planting today, a shrew (or vole) popped up out of the snow, scurried along on the top, and then dove straight back down.  A moment later it popped up again, about a foot further along, ran along the top again for a moment, and then dove down again.  It was so quick that I couldn’t get a picture, but it was fun to watch.

Yesterday was the Golden Eagle Count.  The count is sponsored by the National Eagle Center in Wabasha, and organized by Scott Mehus.  130 people participated this year.  The final numbers from the count are 93 Golden Eagles, and more than 700 Bald Eagles!  Scott has organized counters to cover a large part of the driftless area of Wisconsin, Iowa, and Minnesota.   Our county continues to be the heart of the wintering Golden Eagle Population – 60 of the Golden Eagles were in Buffalo County.

Mike and I do a route that includes the farm – Mike drives and I count.  It’s a lovely drive – through some big, quiet valleys that I don’t normally see.  We saw 4 Golden Eagles this time – two as we drove out our driveway, and two more just down the valley, past Praag. We also saw 9 Bald Eagles, Three Red-tailed Hawks, and an American Kestrel.

Here’s Carol Knabe’s photo of a Golden Eagle – taken the day of the count. 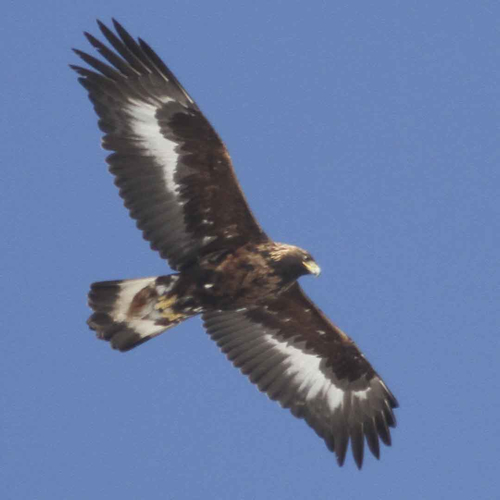 After the count we had a gathering at our house for any of the participants who wanted to come.  It was a nice crowd – people brought food and we compared notes and talked.  Great fun! 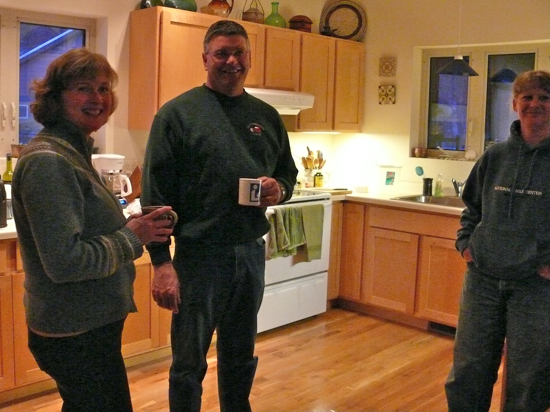 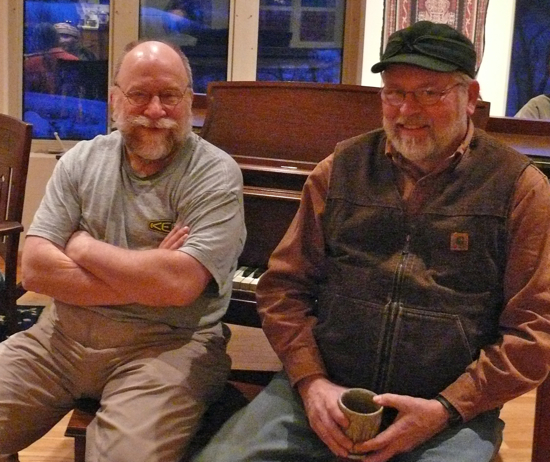 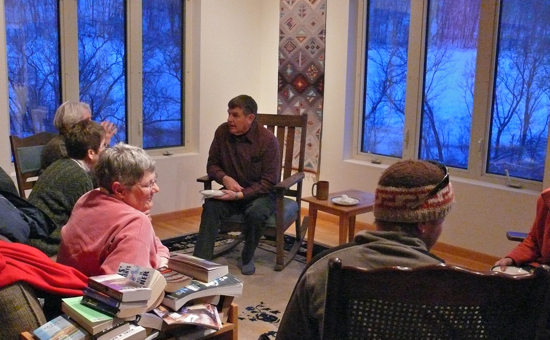 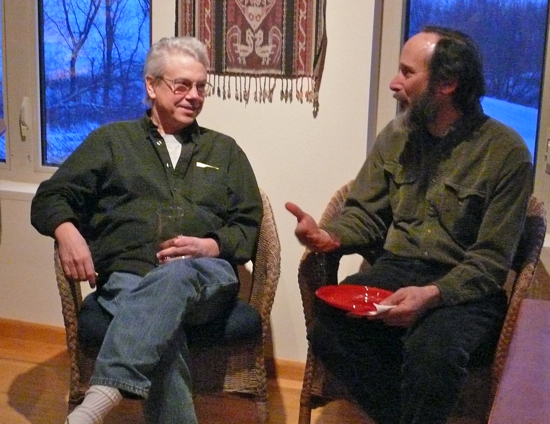 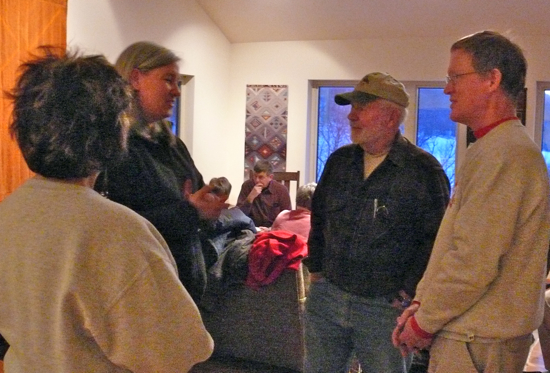 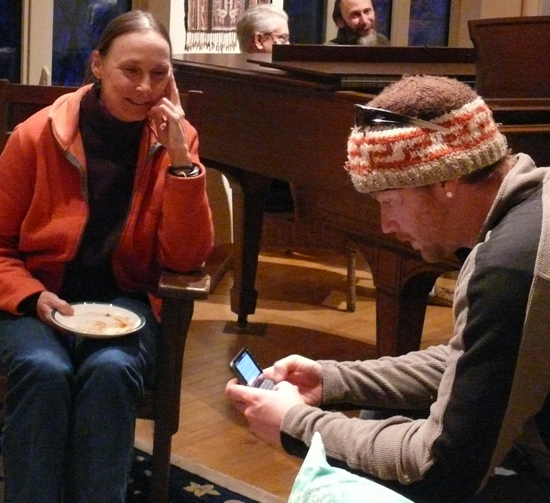 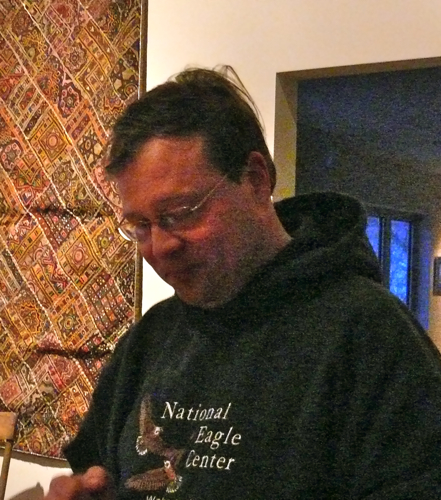 Last night we heard coyotes calling – the best chorus we’ve heard in a long time.  There was some howling, and a background of yips and yelps – the whole valley was filled with sound.

Today was another misty day; the mist makes the sun look like the moon. 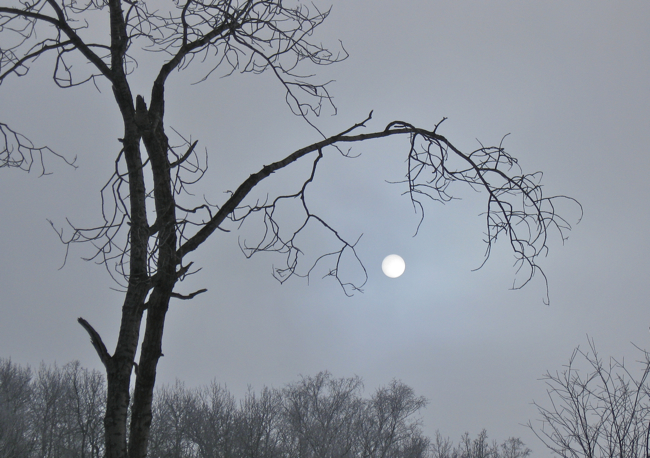