Summer has arrived.  So far it’s been nearly perfect – not many hot days, and just enough rain.  This was an especially good year for Golden Alexanders.  They’re flourishing in all our planted prairies, and in some of the savannas we’ve cleared. 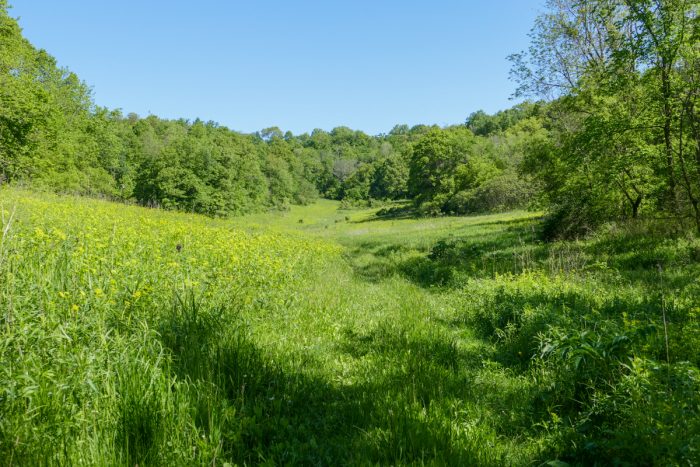 We’ve had several small floods in the creek, so we’re feeling glad we took out the beaver dam – this flooding didn’t damage the driveway at all. 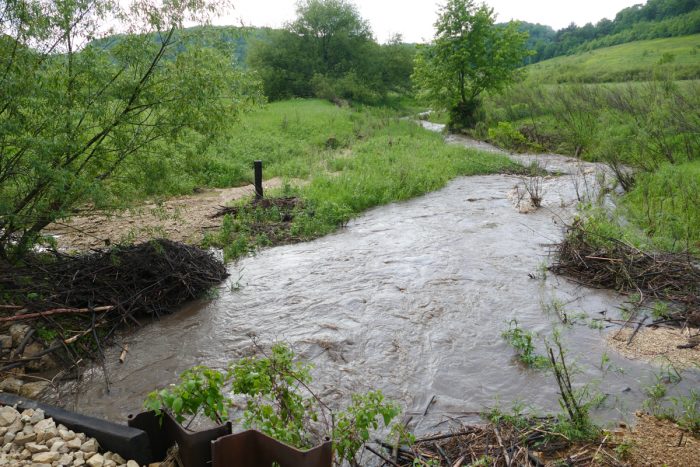 We still had a pile of rocks and gravel in the creek from the times the flood did wash out the driveway.   So we spent a wonderful afternoon wading in the creek, rearranging them to make more ripples and rapids. 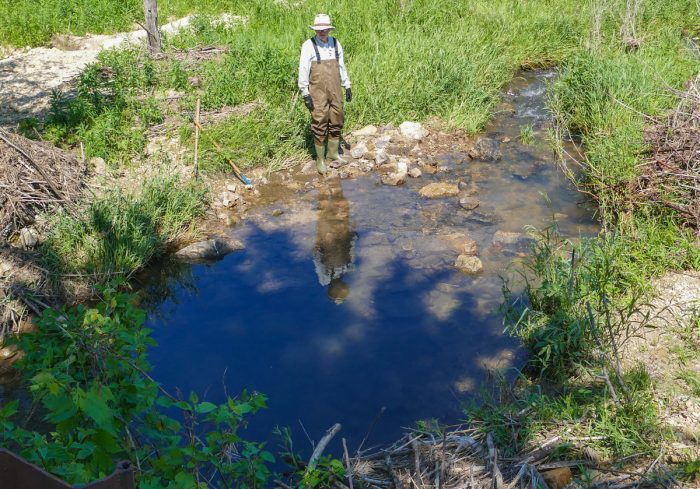 Here’s the final arrangement – we’re hoping the trout will enjoy it. 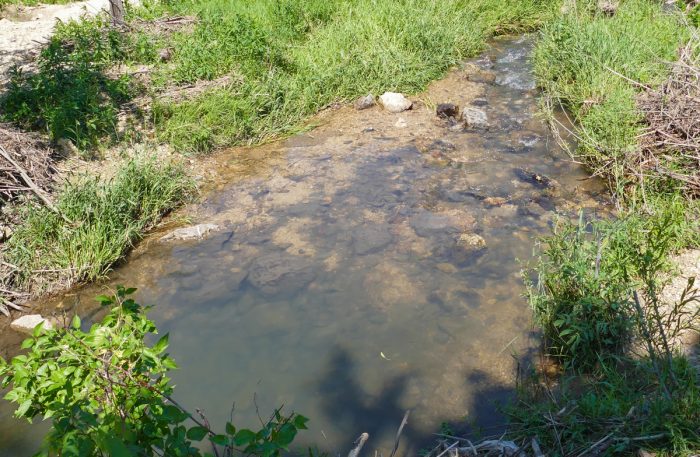 We’ve had several chances to use our Surrey.  Chuck and Anna came to visit for the first ride of the season. 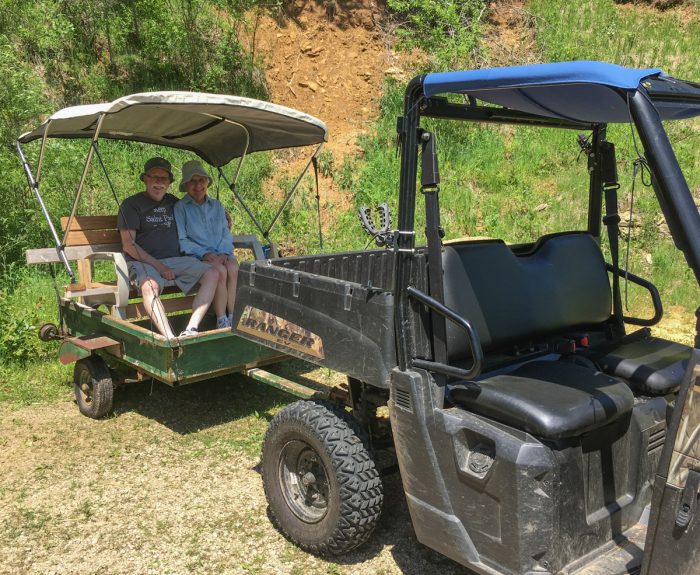 Mike and Jim tested out the new beverage holders. 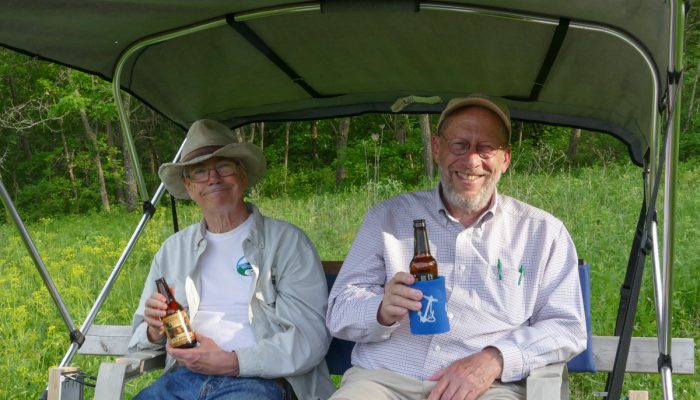 Jim and Leslie got to see some beautiful sphinx moths close up. 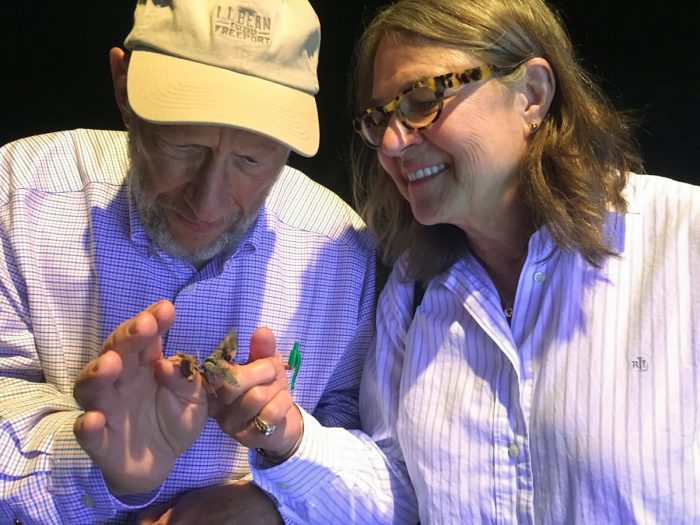 Virginia Waterleaf is often considered a weed in gardens.  But it’s a native, and here at the farm it only grows in a few moist shady places.  Here it is along the edge of Cabin Road. 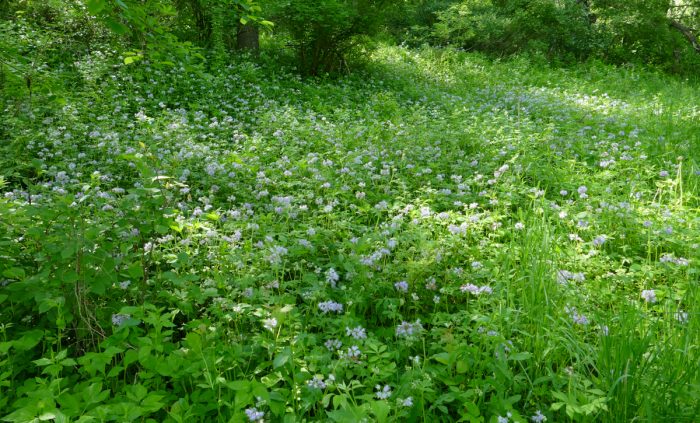 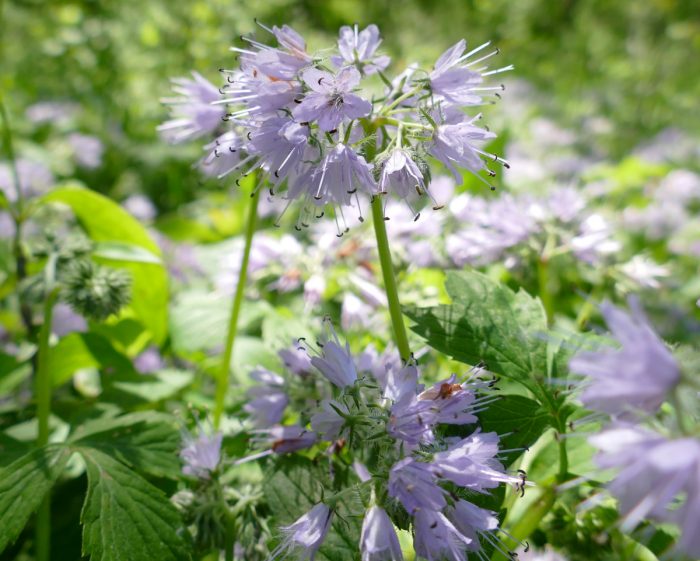 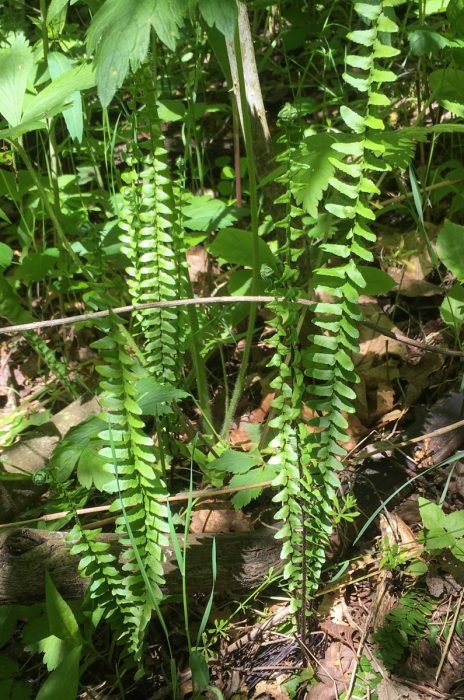 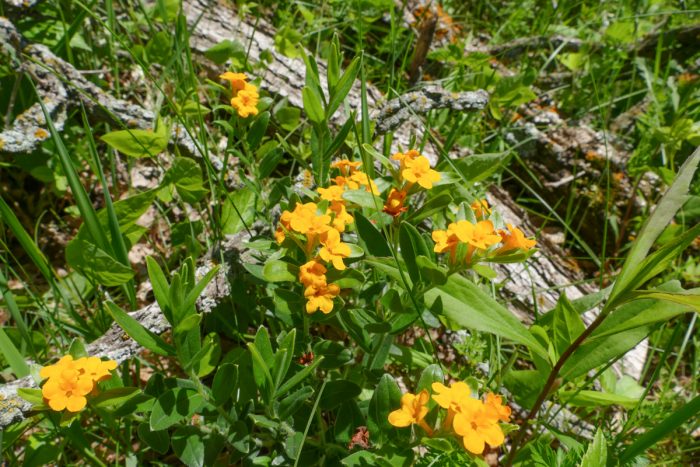 The hillside is looking better now that it has greened up and some of the flowers are blooming. 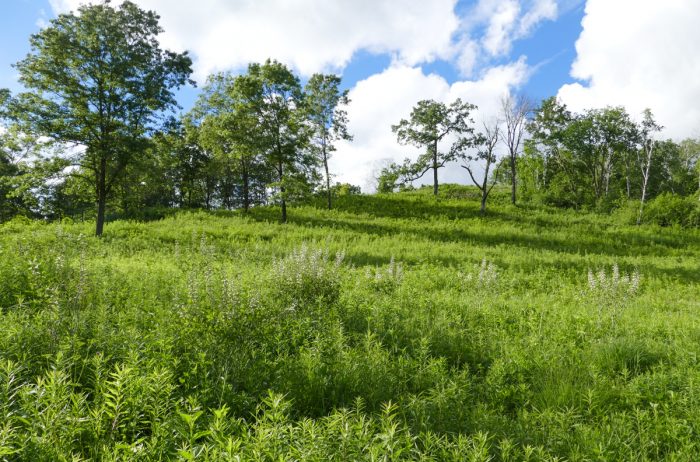 I’ve been spending most of my time in the last few weeks pulling Wild Parsnip in the wetland.   It’s a good way to find unexpected wetland treasures. 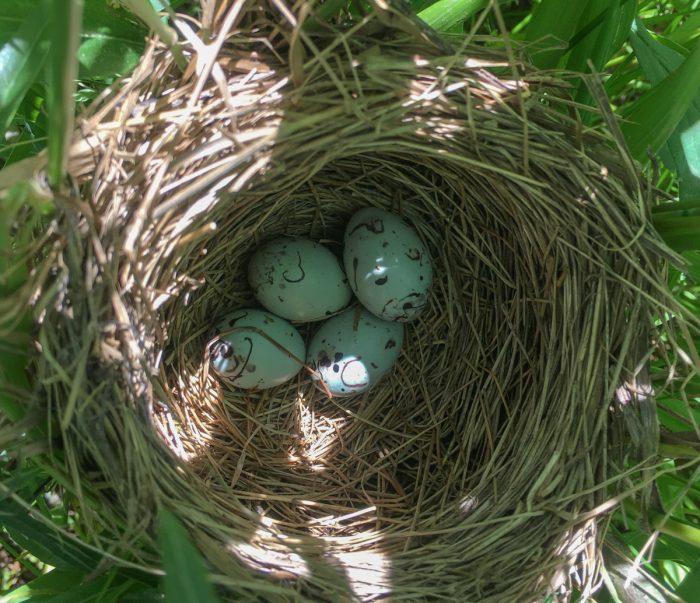 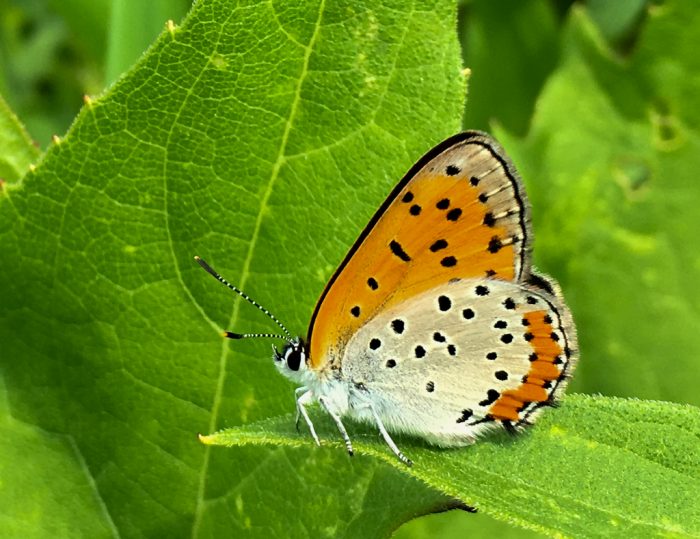 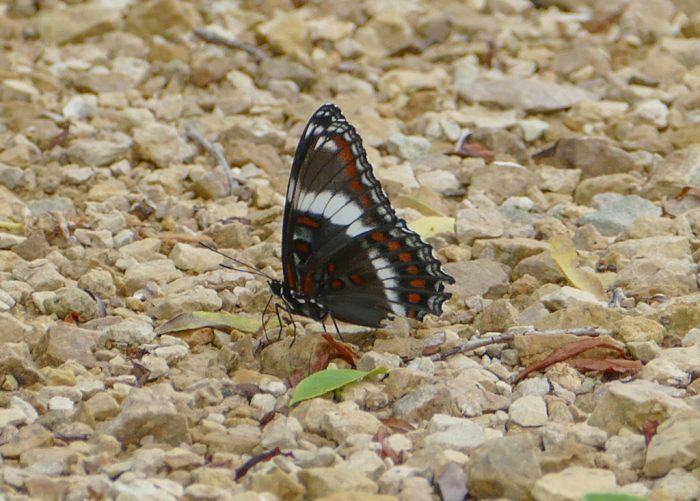 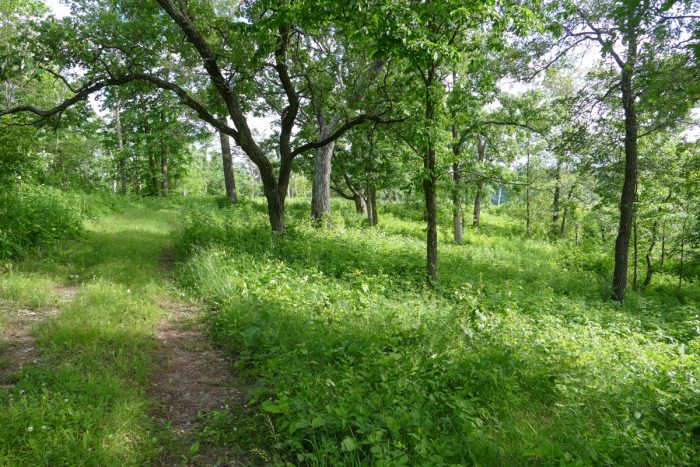 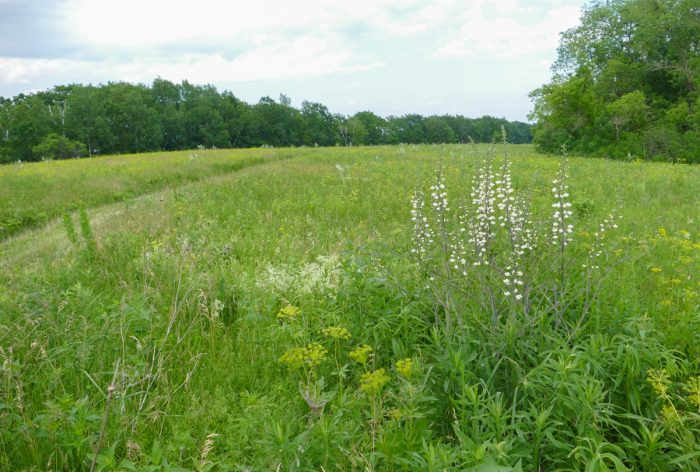 It’s been a good year for Spiderwort too – these are in Western Prairie. 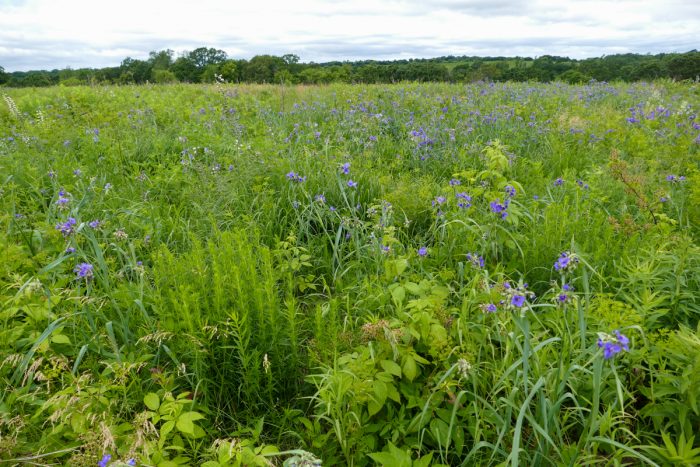 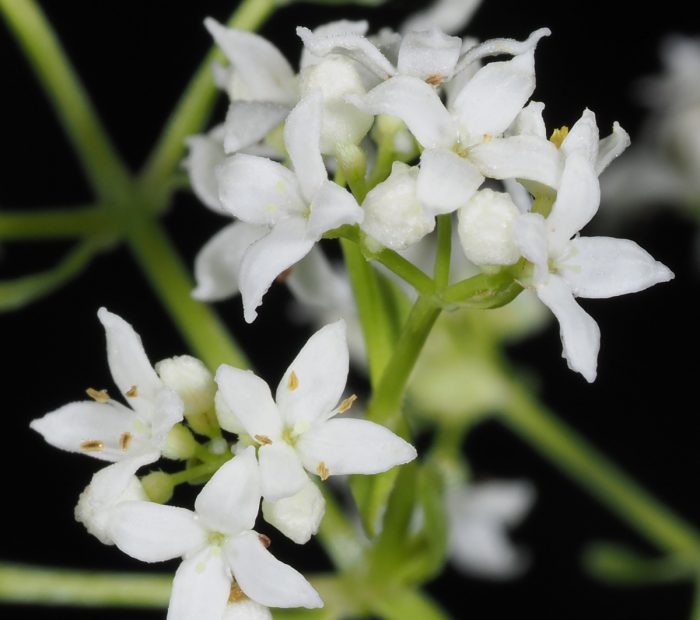 Gray Tree Frog keeping an eye on moths at the lights. 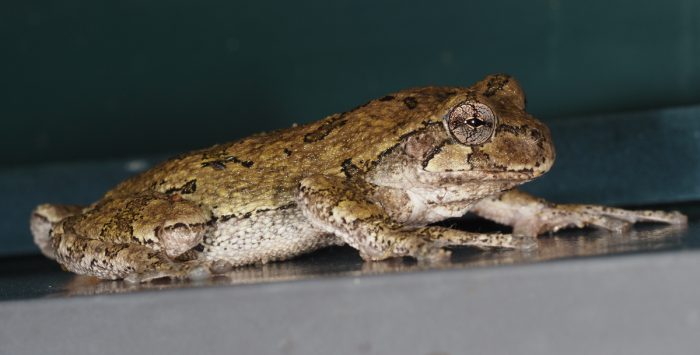 A few of the moths…. 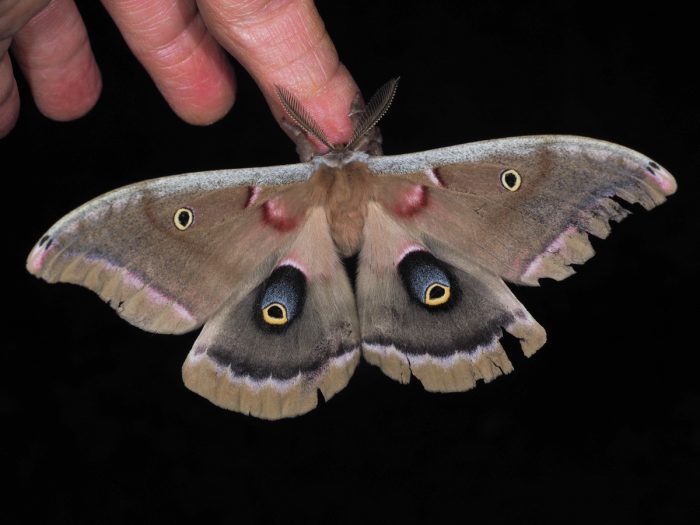 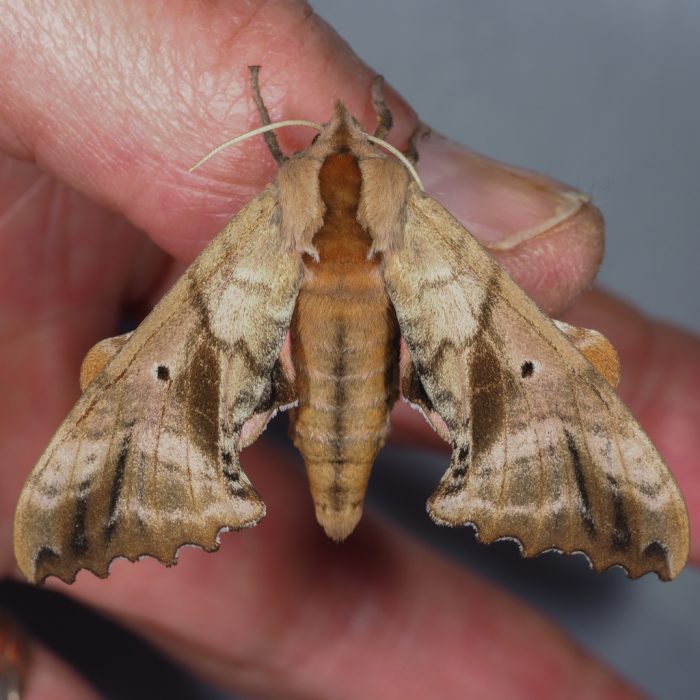 Coleophora – I love its feathery hindwings. 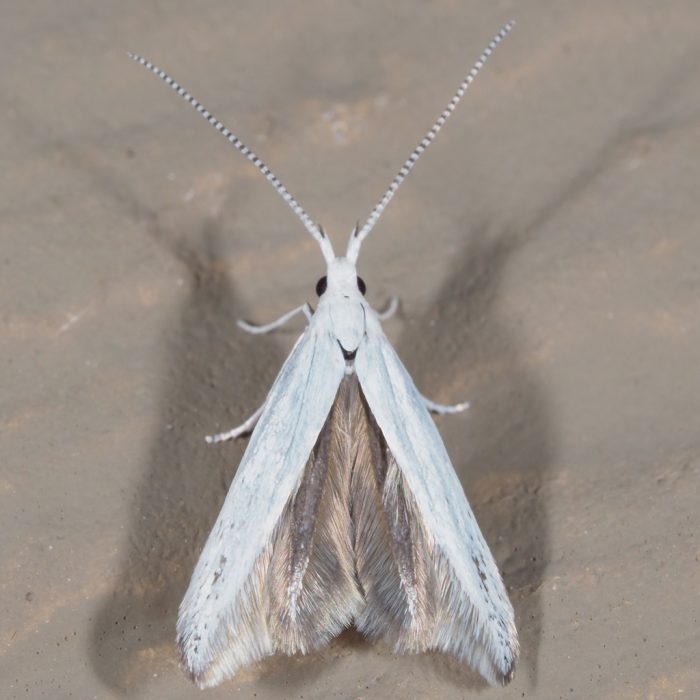 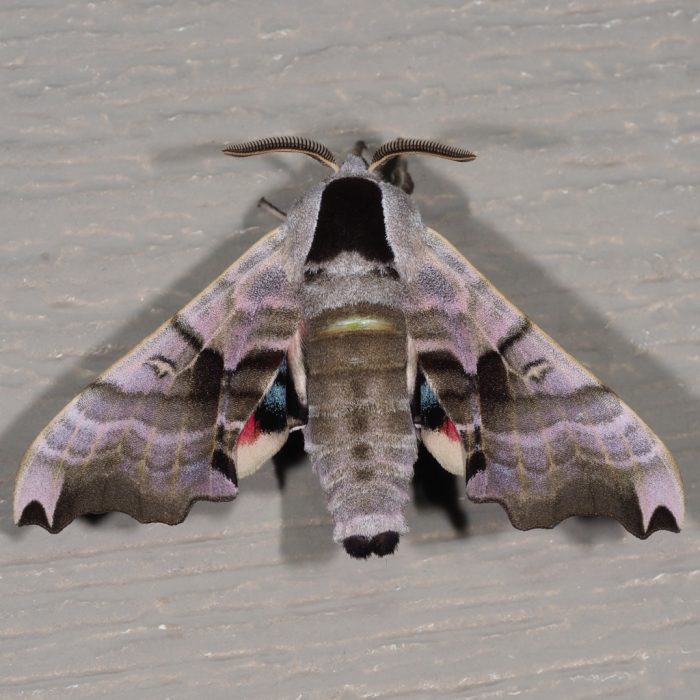 Storm to the south 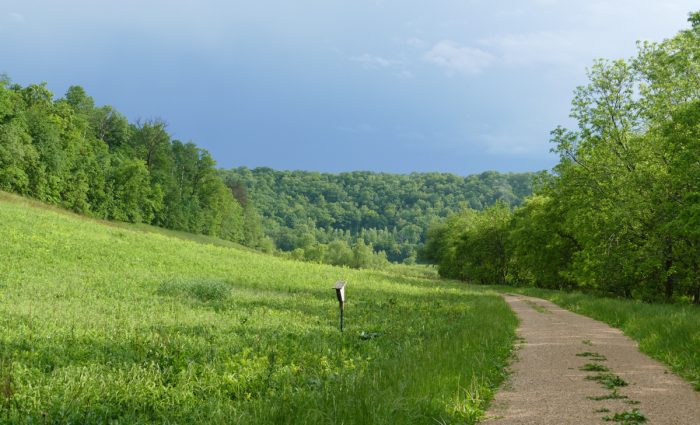 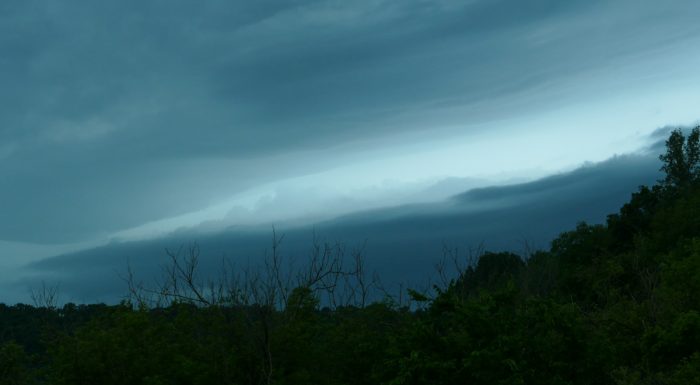