We’ve done several clearing projects on the south-east facing slope below the bluff prairie – I call it Hidden Oaks Hillside.  Over the years I’ve girdled aspen and birch, cut and treated brush, and we’ve cut and removed most of the fallen logs and smaller trees.

Then in February of 2017,  the folks from ‘Ku-le Region Forestry cut the rest of the large trees, leaving only a few of the largest oaks.

Here are photos that show the restoration of that hillside, starting when we bought the land in 2000.

2001   The very first photo we have of the hillside 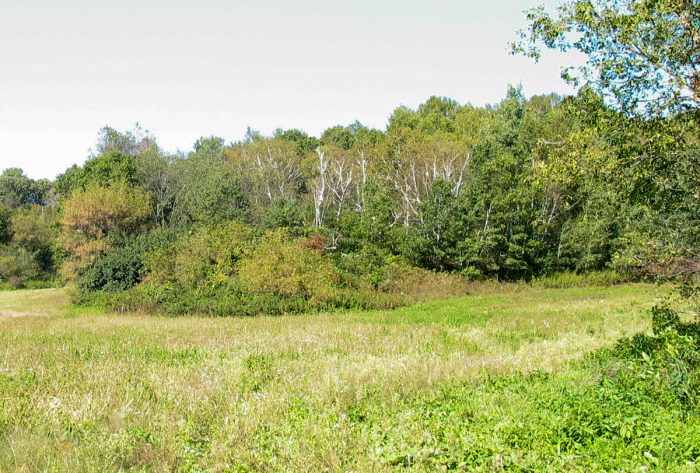 2003  This is the first project we did – cutting some of the birches, and mowing raspberries and prickly ash. 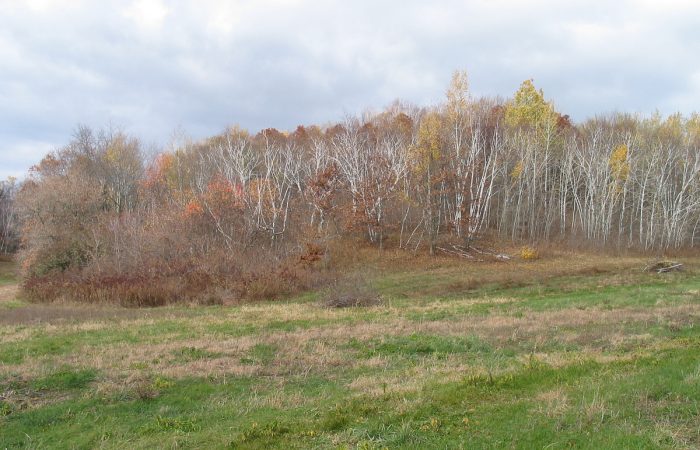 2004  Each of these next years we cut some trees, and mowed farther up the hill. 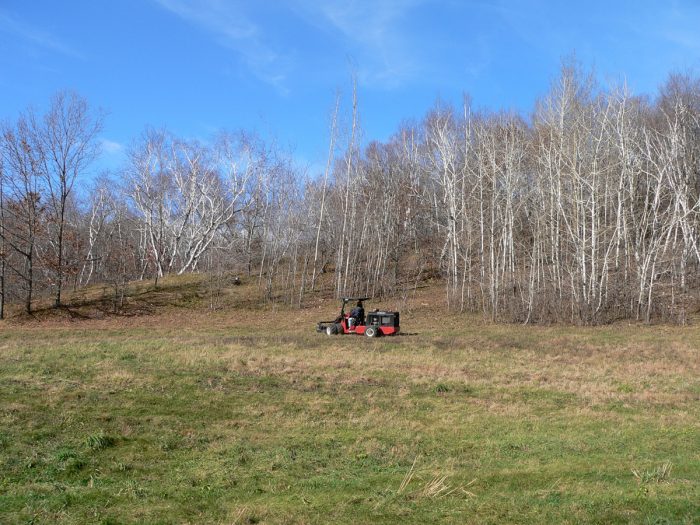 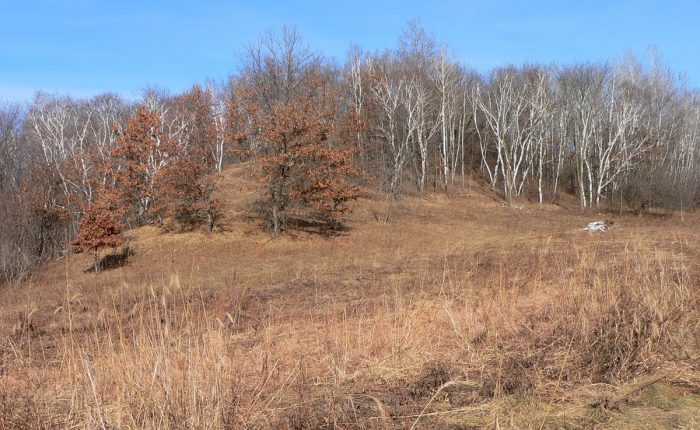 2007   This year we cleared along the ridge of the point, all the way to the top. 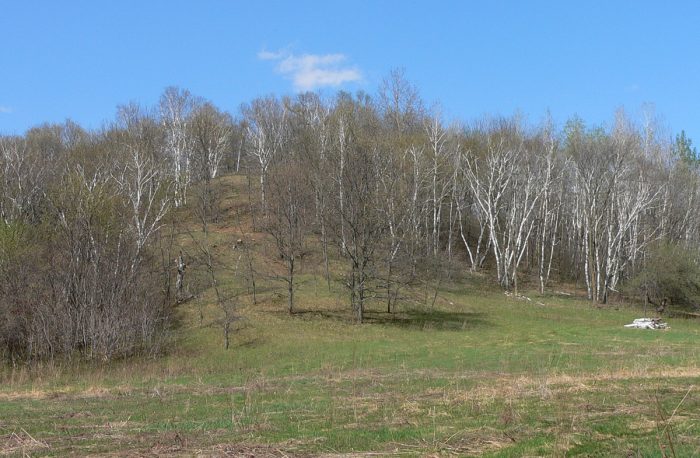 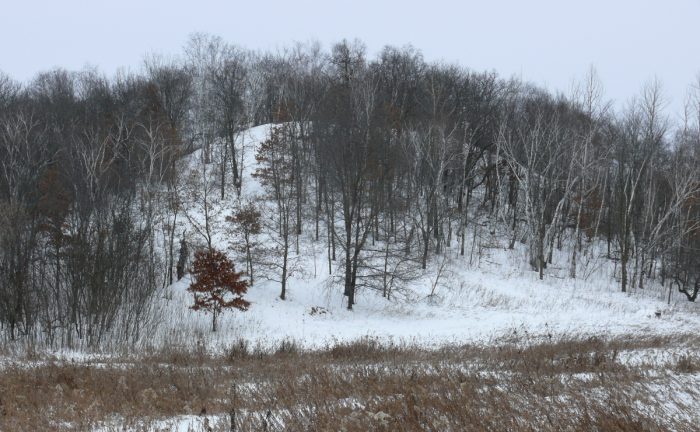 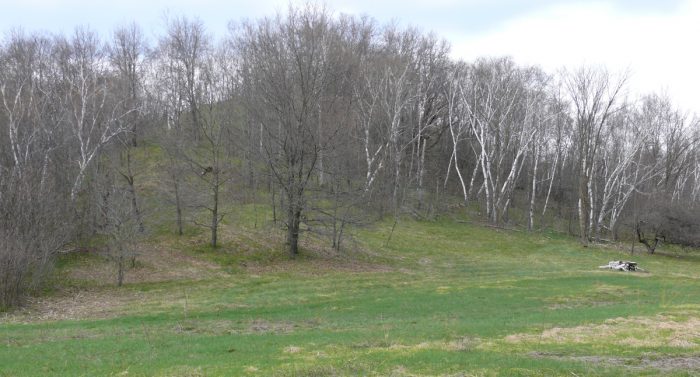 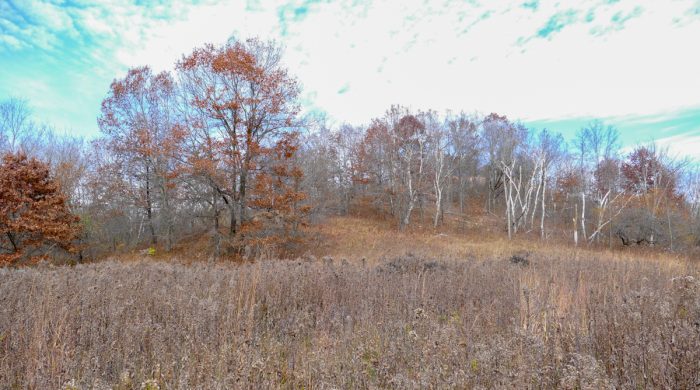 2015  This was taken after we’d cut most of the brush and small trees.  We left a lot of larger trees, and most of the dead birches. 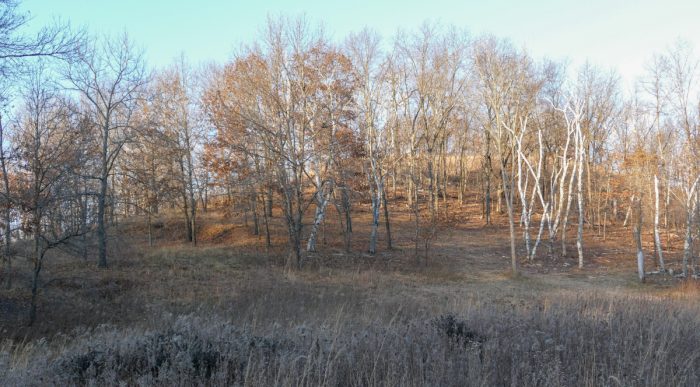 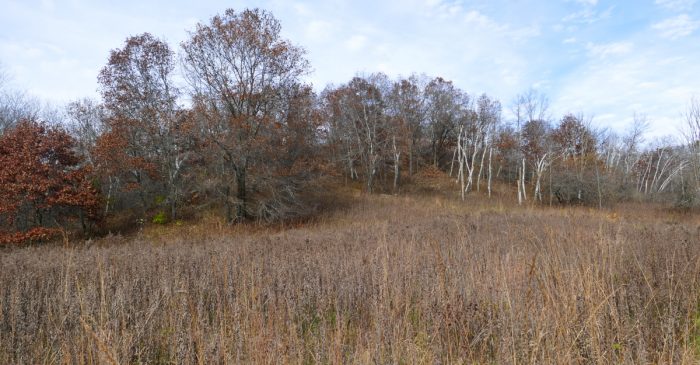 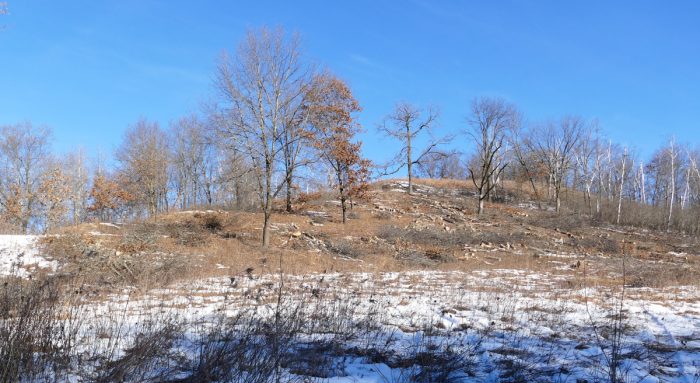 2017  Looking down from the top into 3 Finger Valley 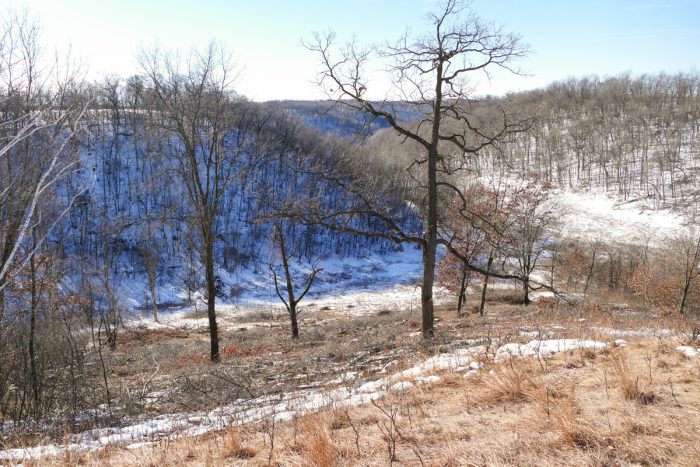 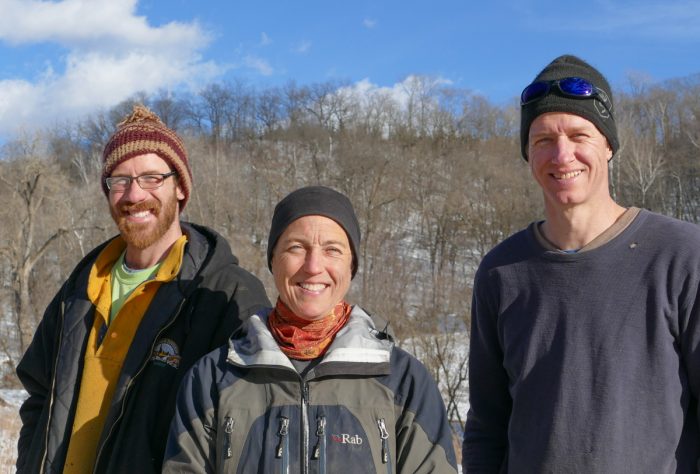 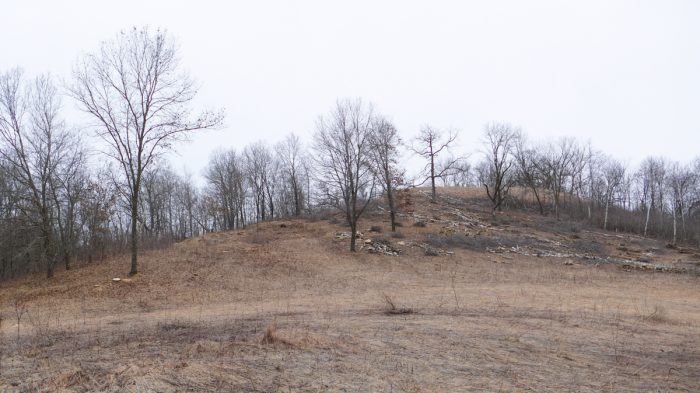 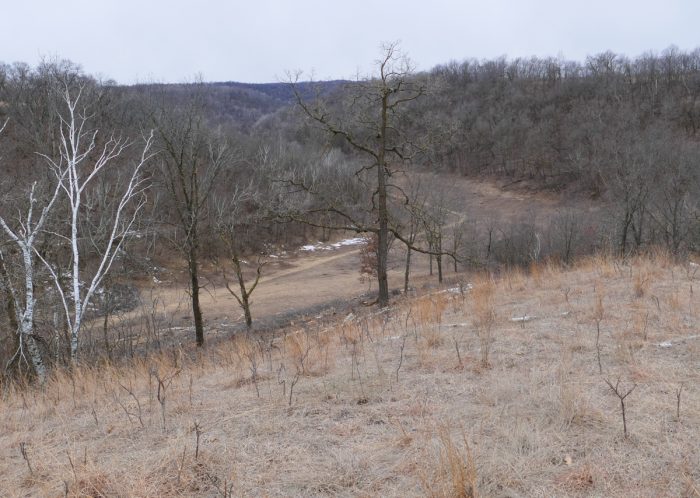 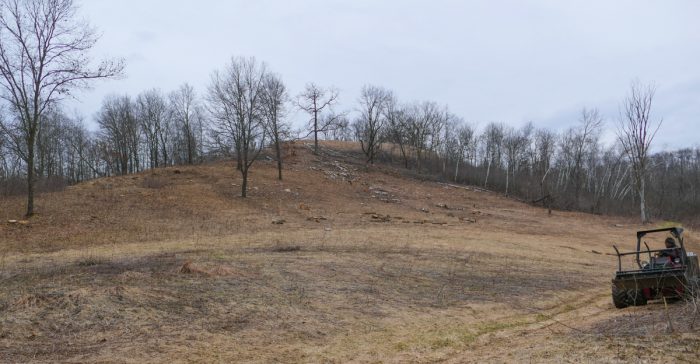