It’s been beautiful – as usual – at the farm, and I’ve been busy with projects, but it’s less interesting to take pictures these days. The landscape is all brown!

I ran across an internet photography phenomenon last week in which, once a week, people post photos about a theme on their own (non-commercial) websites. They then put link to them in a central place, with a link from their blog back to the central spot. So you can visit dozens – or hundreds – of blogs and see photos of cool stuff. (A great time user!) And every week there are new photos. It’s a fun adventure – a great way to see pictures of places in other parts of the world, and pieces of people’s lives.

Two themes I found are: Skywatch Friday – with photos of the sky, and My World Tuesday – pictures from people’s everyday worlds.

After looking at all those photos, I was inspired to take some pictures of our farm skies. They’re very wintry looking these days – lots of cold, windswept clouds, with only glimpses of the sun. 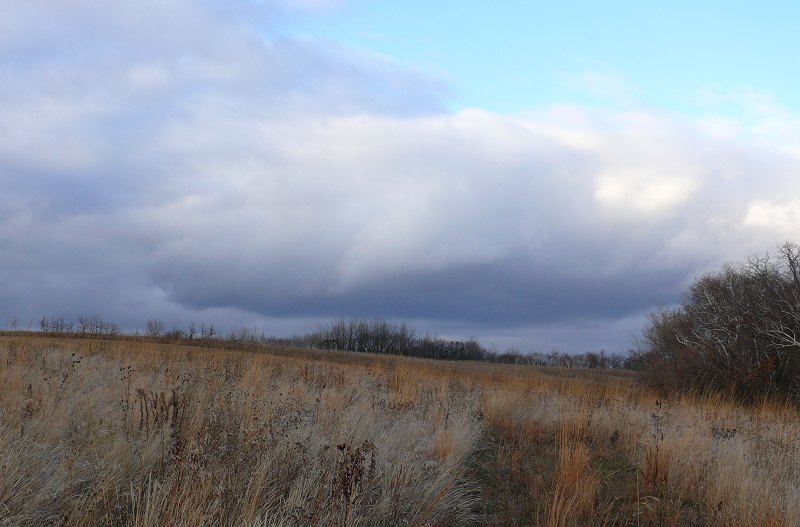 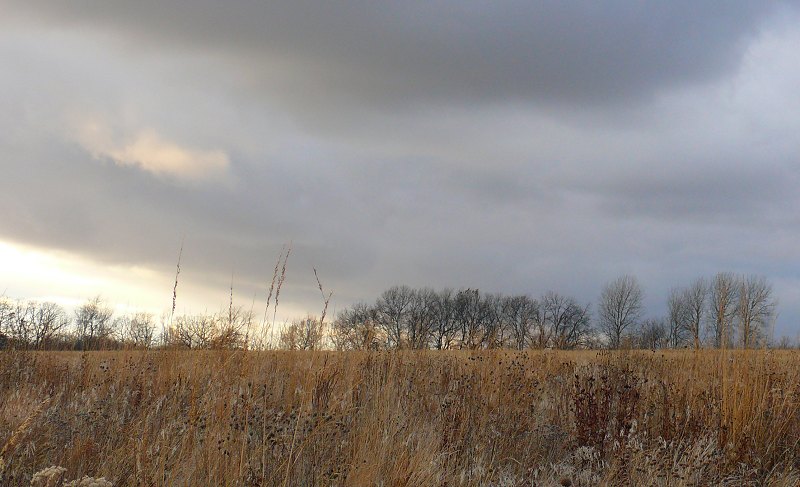 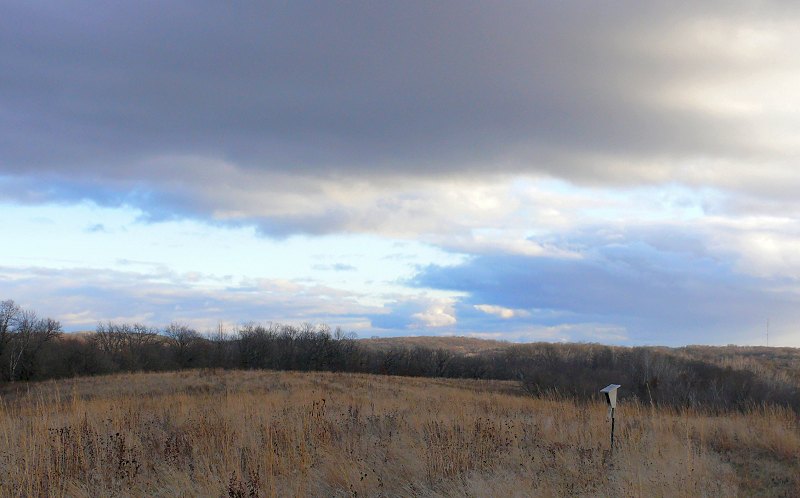 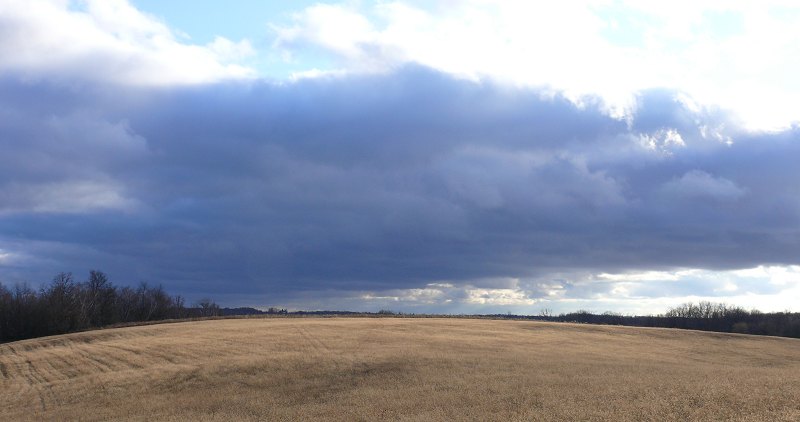 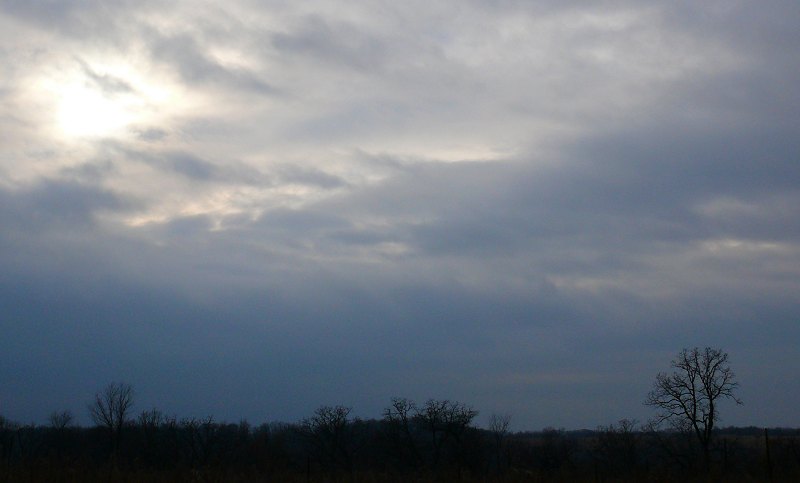 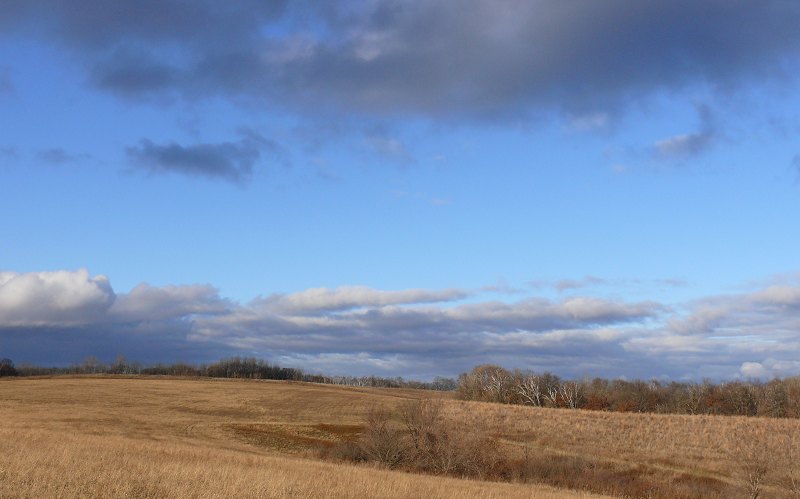 Indian Grass seeds in the sunset 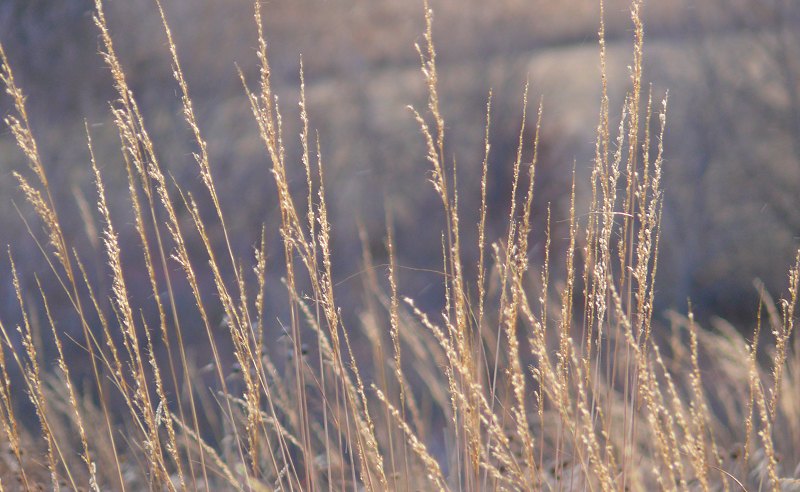 We’ve had a few light snowstorms, but the snow melts as soon as the sun comes out. 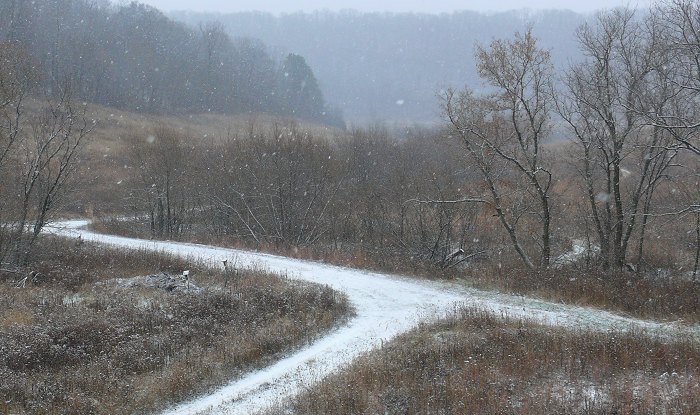 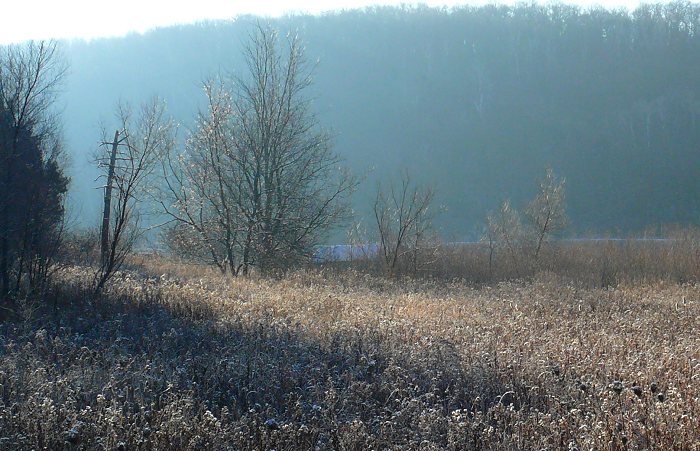 I found an odd shaped insect nest. Margot thinks it’s made by Aerial Yellowjackets, (Dolichovespula arenaria). I wish I had seen the insects going in and out, but I only found it this week – after it had been abandoned. 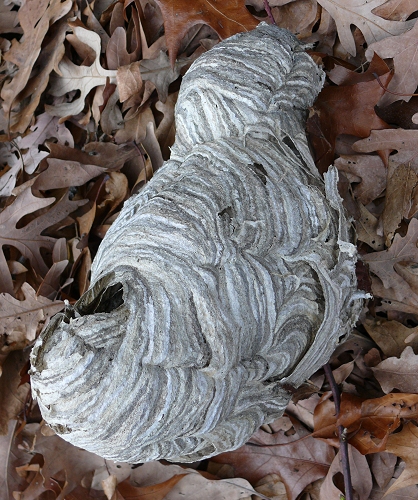 It’s similar to the nests made by Bald-faced Hornets, but it has a more irregular shape, and was attached to a Raspberry cane, only about a foot off the ground.

This is gun hunting week in Wisconsin, so I’m keeping my head down and working in some areas close to the house. This is a ‘before’ picture of a brushy area on the hill behind the house. 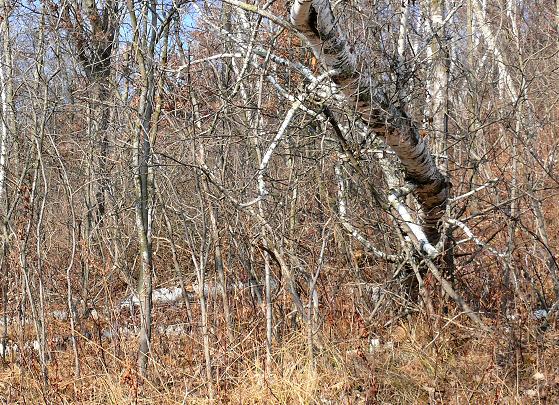 The whole south-facing side of this hill has prairie and savanna plants growing under the brush and trees. At the top is a prairie remnant that I’ve been clearing and enlarging. Someday I hope we’ll be able to look out our windows and see savanna and prairie all the way to the top.

One of the plants I found under the brush was Cut-leaved Grape Fern (Botrychium dissectum). There are two varieties – and I found both. This one is var. dissectum. 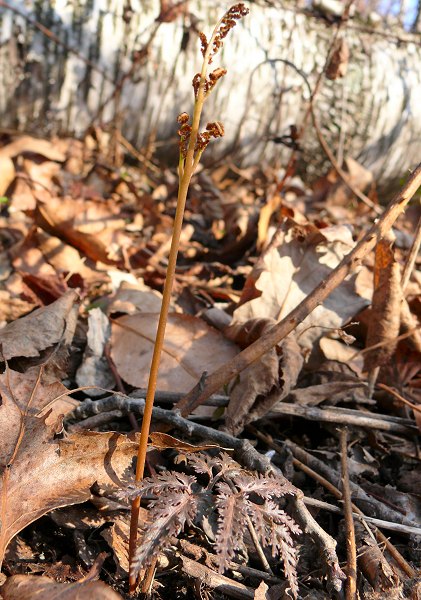 A close-up of the very dissected leaf 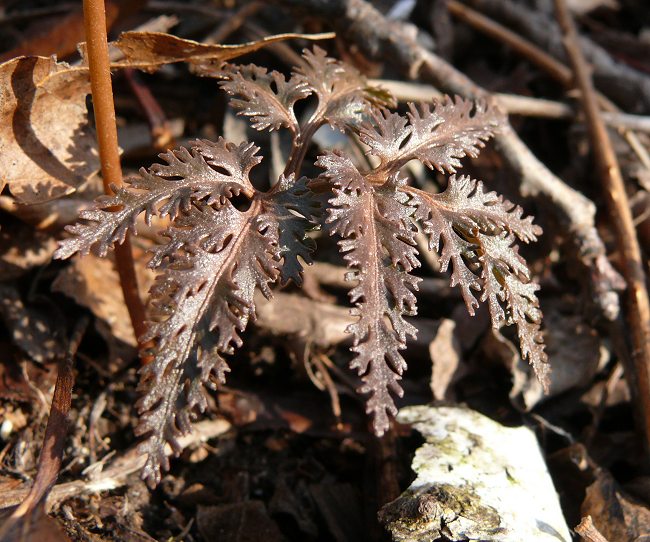 And var. obliquum, with much less divided leaves. 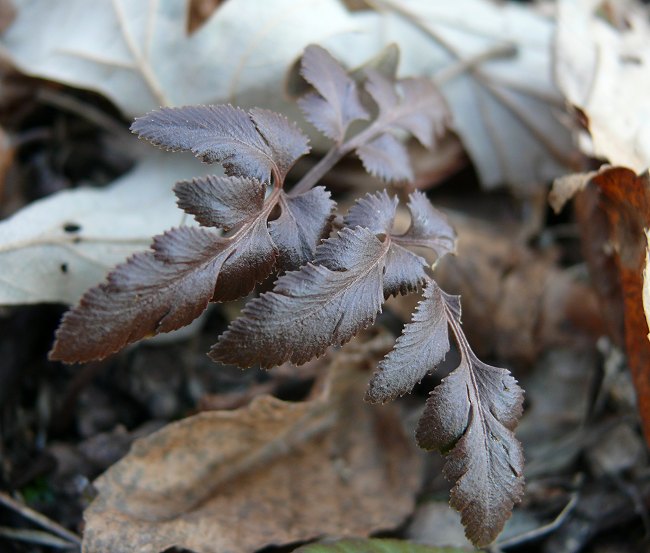 I imagine this will be the last flower I’ll see for a while. It’s an Aromatic Aster (Aster oblongifolius), and it was blooming in one of our planted prairies on top of the hill. 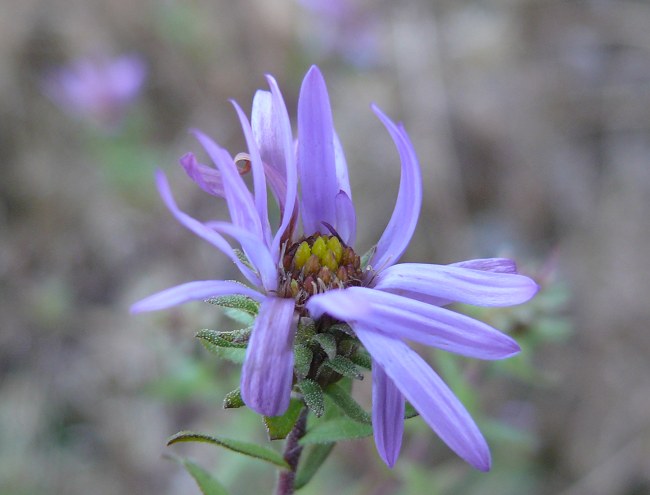