It’s wonderful to be back at the farm after our trip east. We’ve decided that Wisconsin and Minnesota compare pretty well with the places we saw.

We arrived back right in the middle of the peak fall color, so the scenery was particularly spectacular. 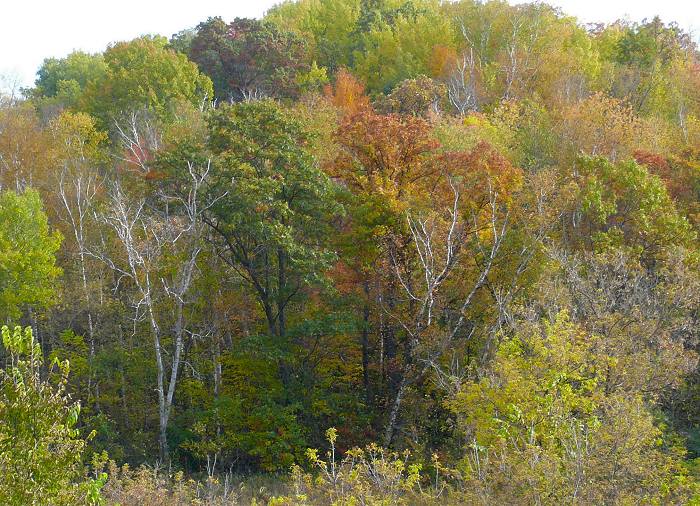 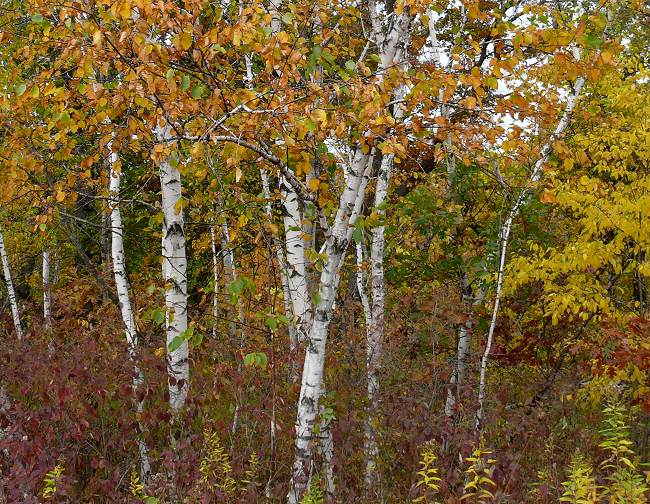 These are views of Indian Grass Point.

The walk up through the woods behind the house 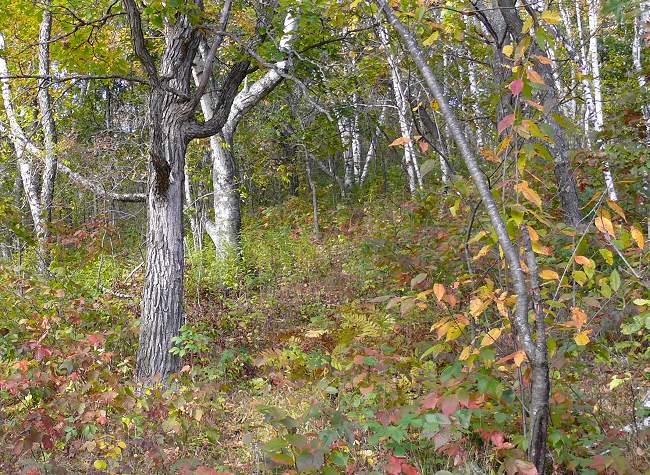 Looking West from the point 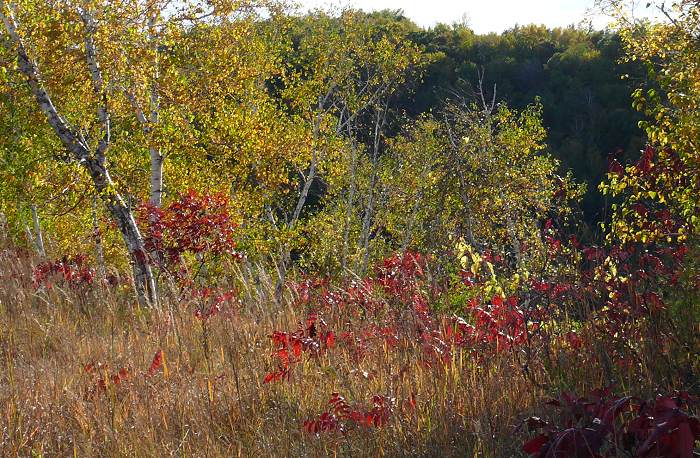 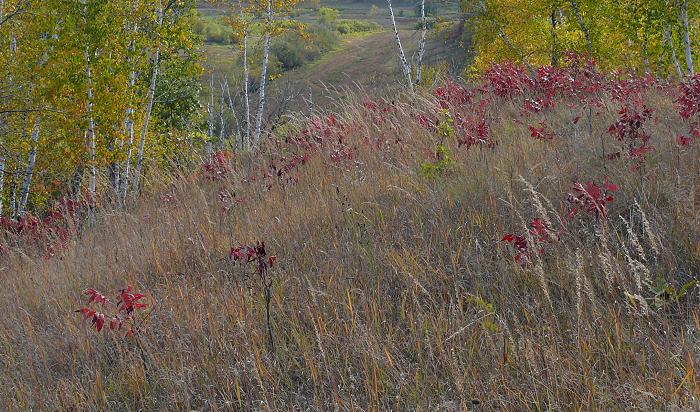 We also arrived back right in the midst of “ladybug days” – the 5 or 6 days in October when the ladybugs swarm, searching for a place to spend the winter. Our camper was immediately covered with ladybugs. 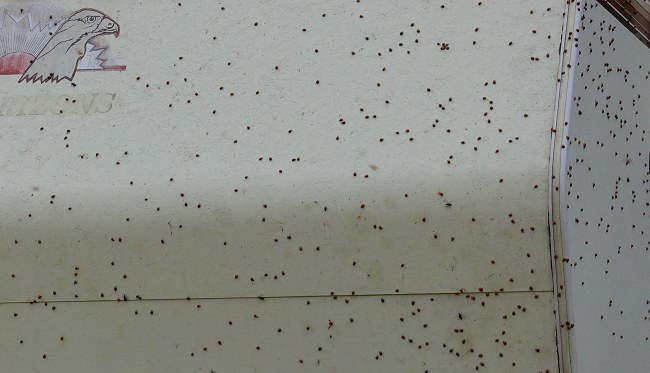 There are still some late flowers in bloom 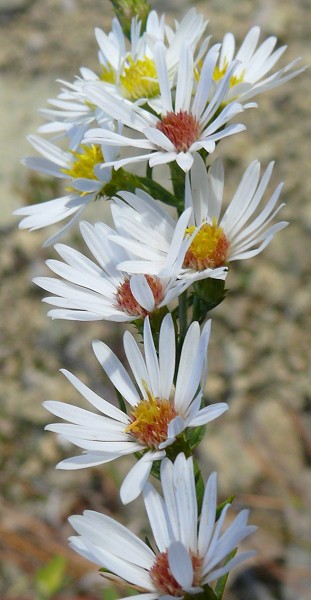 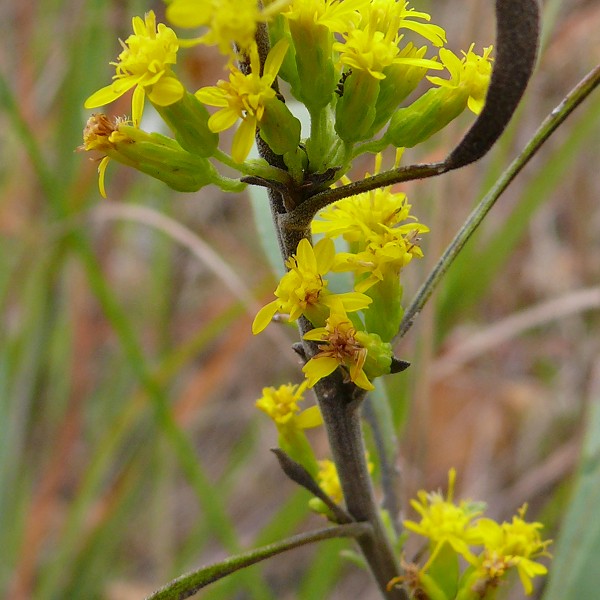 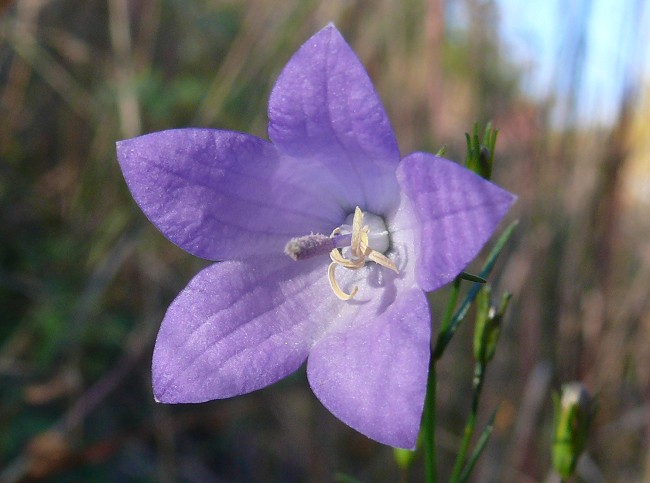 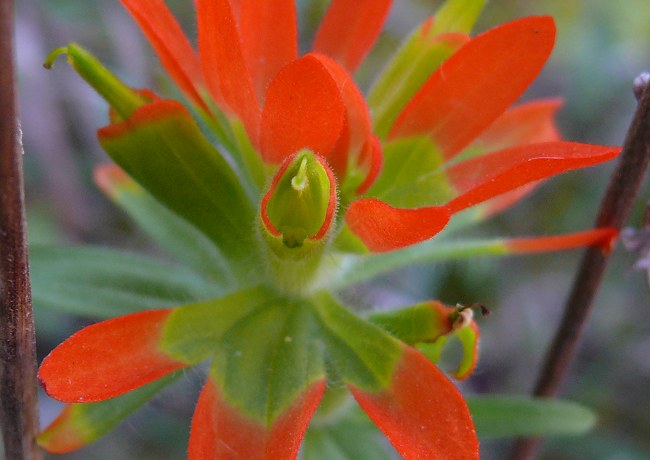 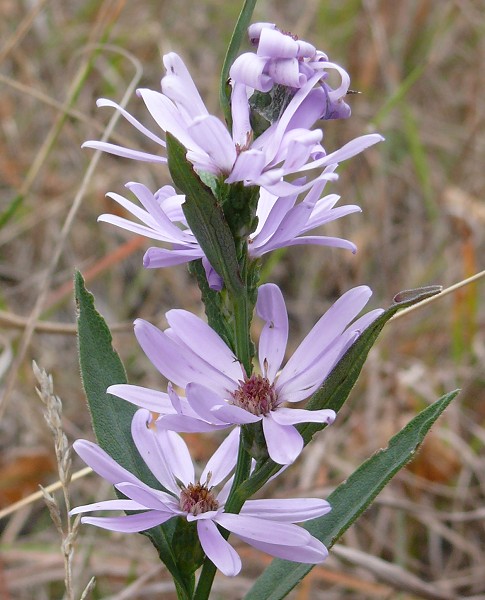 This is the time of year that the blue gentians bloom. 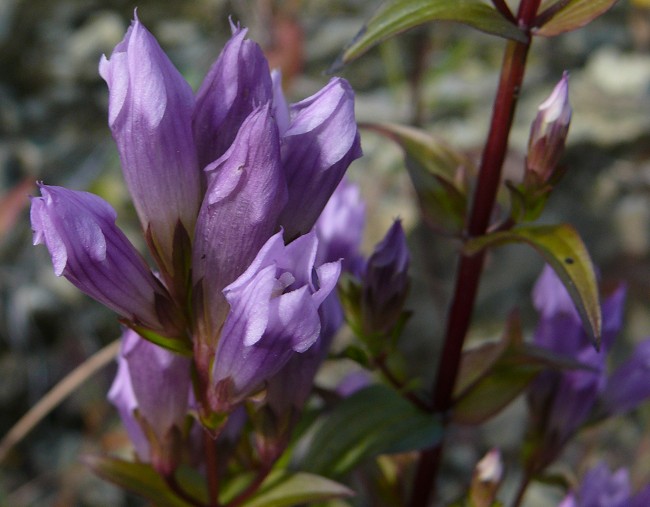 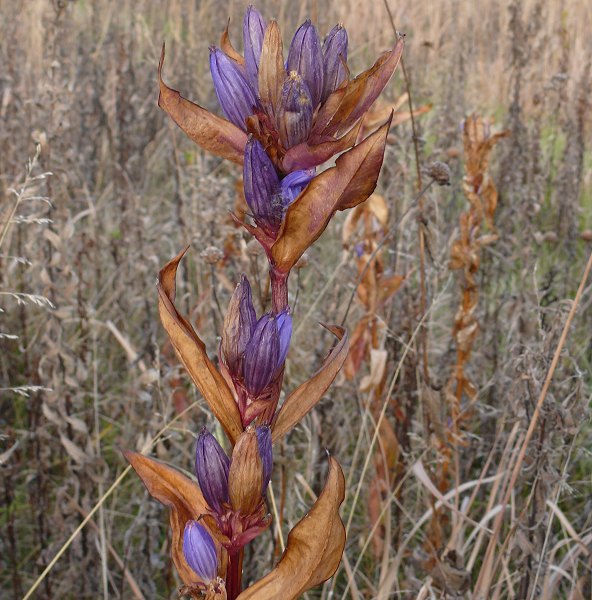 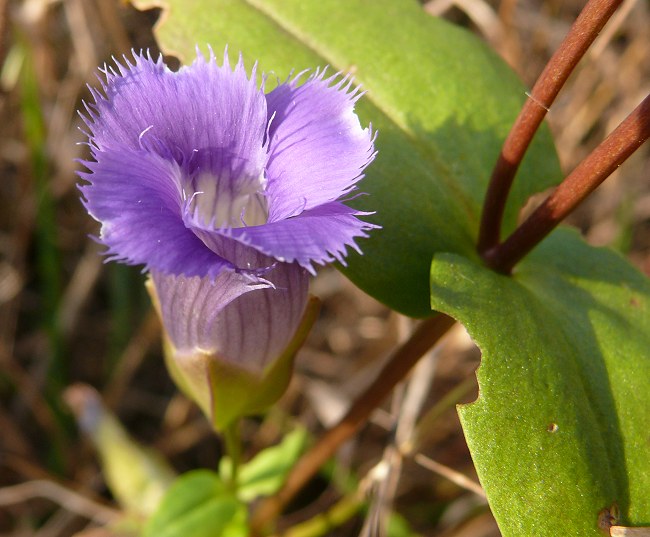 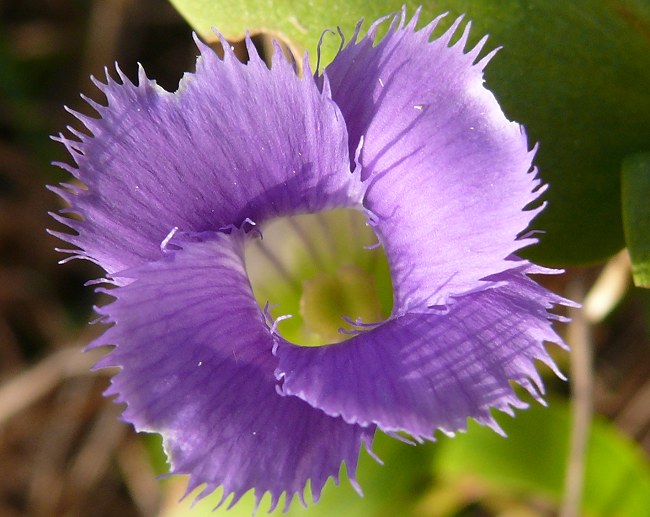 The last insects of the season are searching out the last remaining flowers. 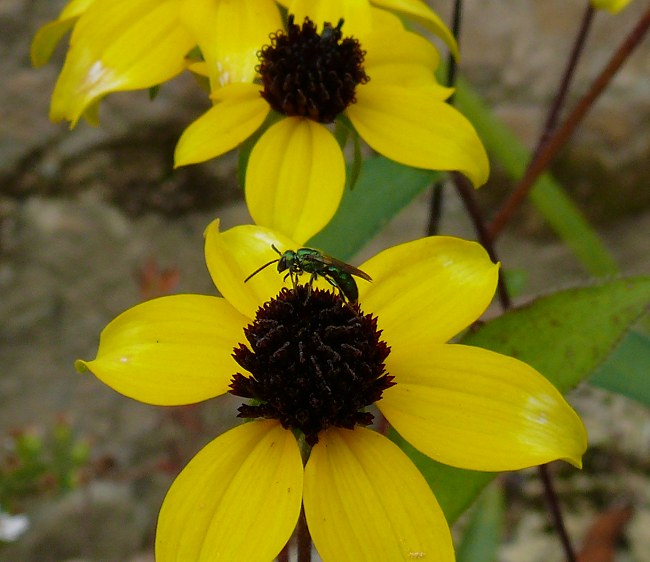 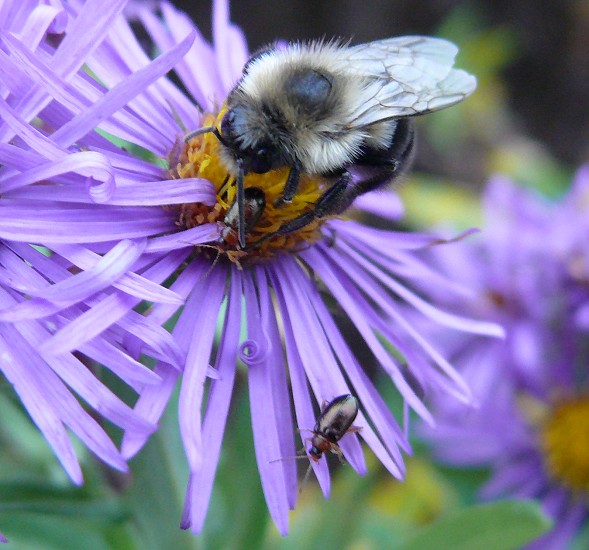 Monarch butterfly on October 19th – pretty late to see one here. The first Monarchs have already arrived in Mexico. 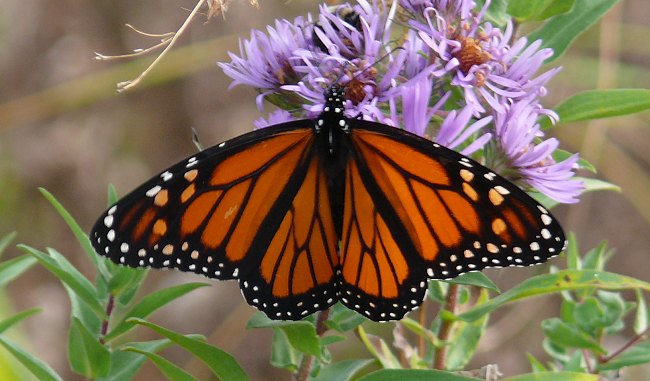 Here’s a Giant Leopard Moth Caterpillar that was crawling across the driveway. It looks a little like a Wooly Bear Caterpillar, but it’s bigger, the spines are all black, and it has red rings between the spines.

For more of the insects I’ve been seeing, check out Bugfolks.com

We’ve had several hard frosts, and some beautiful misty mornings. 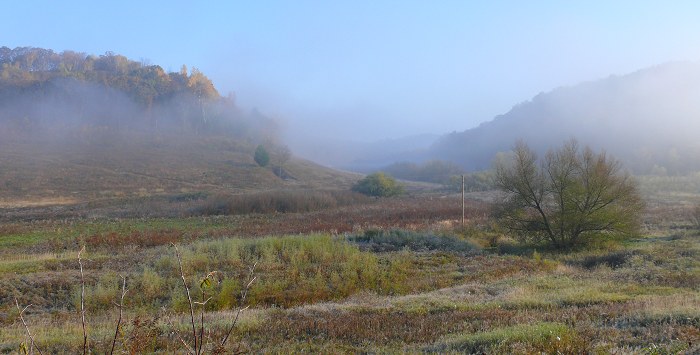 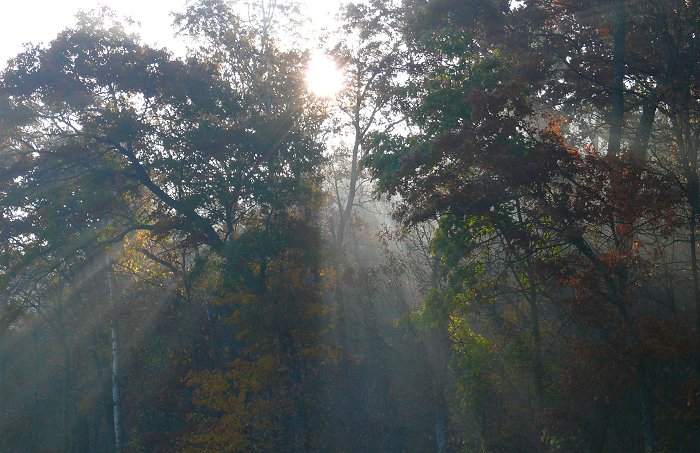 I’ve been cutting sumac and prickly ash from the steep slope on the west side of Indian Grass Point. The whole point is covered with prairie, but it’s overgrown with invasive shrubs. It’s very rewarding to remove them – but hard work on such a steep slope. I crawl up on my knees, cut and treat the stems, and throw the cut shrubs behind me down the hill.

Here’s the slope before I started. I had cleared one narrow strip – from top to bottom – last spring – and the prairie plants are recovering. 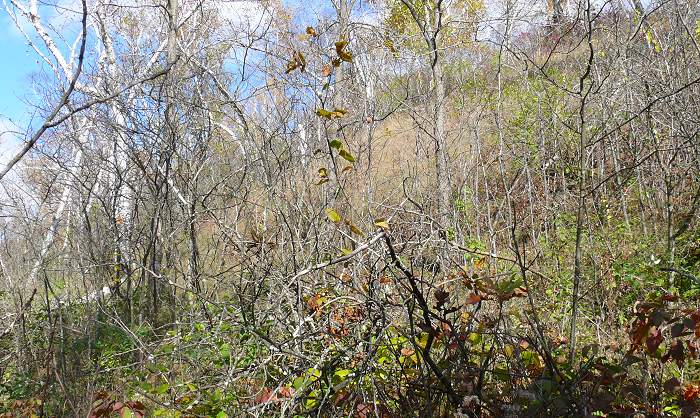 This is after a few days of cutting. Now the prairie plants have a better chance. 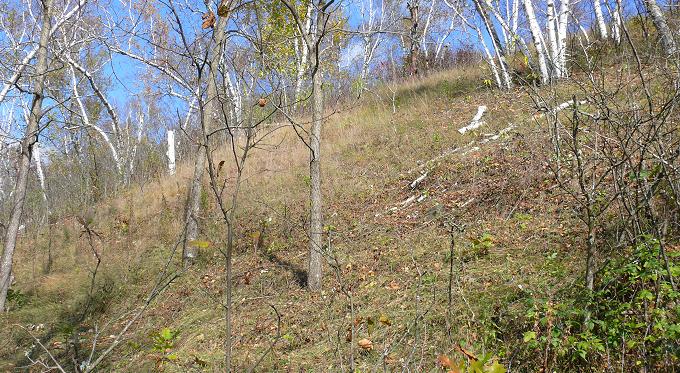 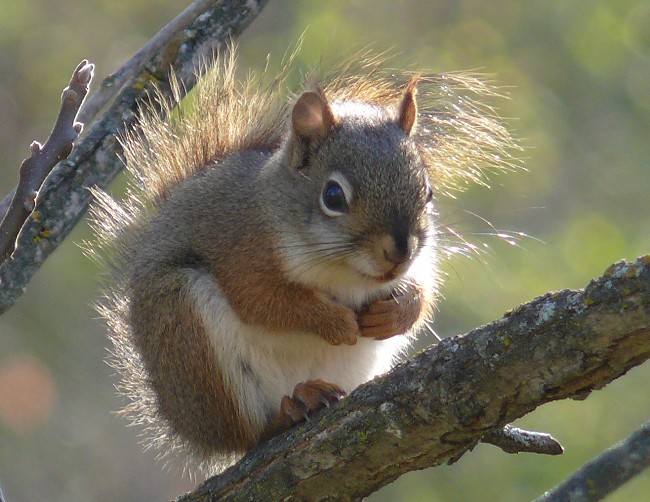 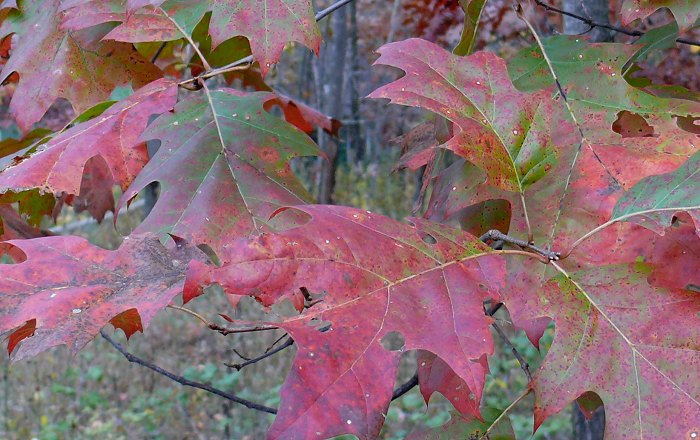