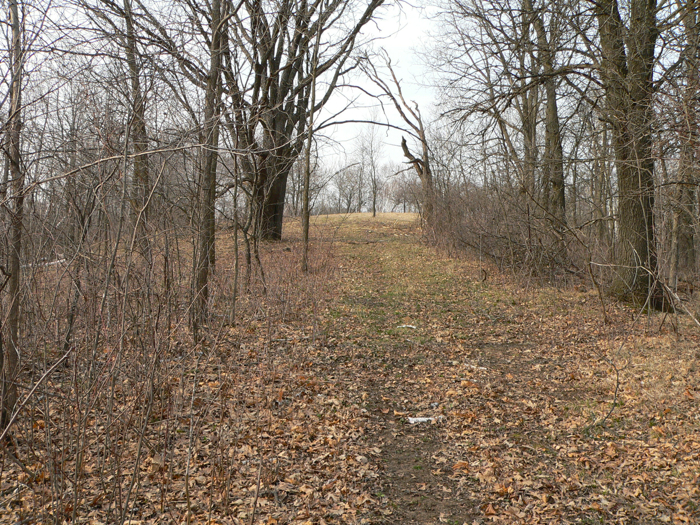 4/10/2005  Mike mowed the main part of the prairie and some of the edges, including this area under the big oak. 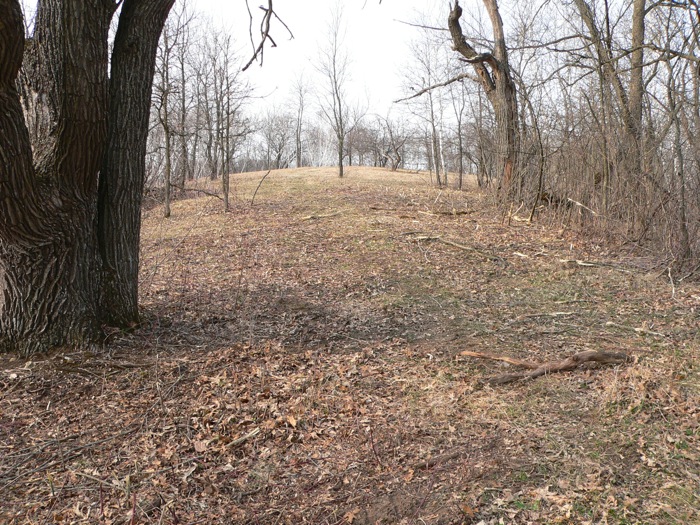 In April  I clipped brush on the west facing slope of the Knife Edge.  This slope is very steep, with prairie vegetation under birches, sumac, honeysuckle and prickly ash. 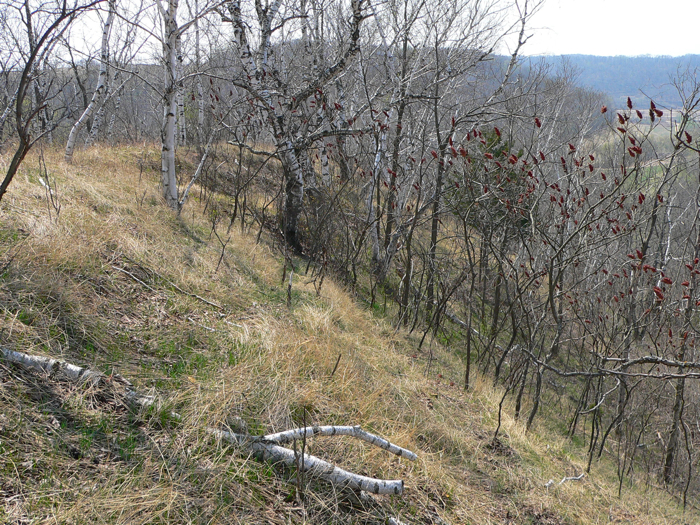 4/15/2005   I clipped a big area of mostly sumac, and threw the branches down the hill.  It’s so steep that it would be impossible to carry it up. 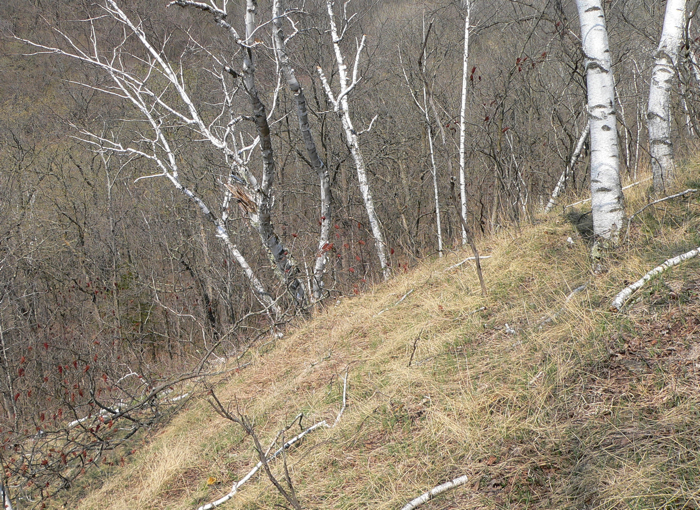 5/29/2005  The wide prairie area growing back after the mowing.  The trees in the prairie are Apple and Wild Black Cherry.  We’ve left them because we like the way they look, and because it would be a lot of work to take them out. 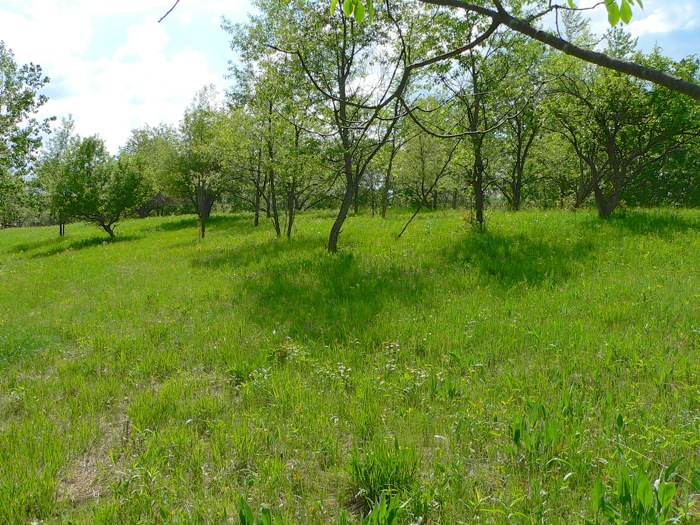 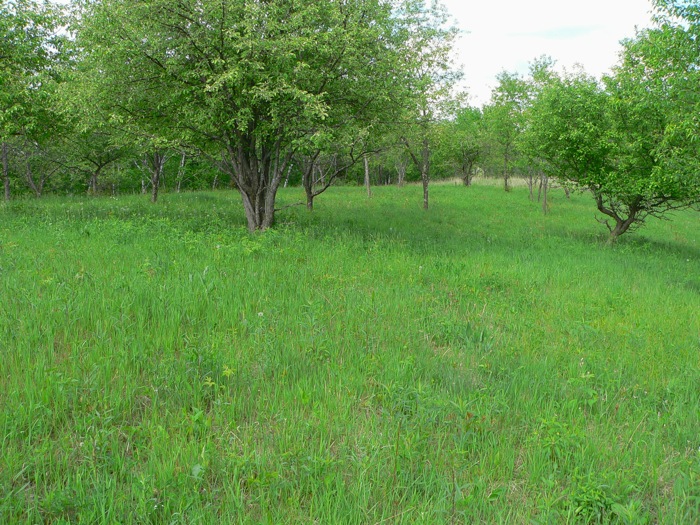 8/13/2005  Leonard’s Skipper on Blazing Star – these butterflies are on the ‘special concern’ list for Wisconsin.  Their caterpillars eat grasses, but they seem to especially like to nectar on Blazing Star.  Another of their common names is Blazing Star Skipper. 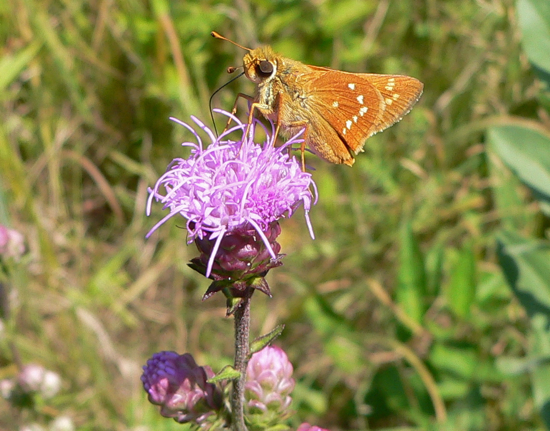 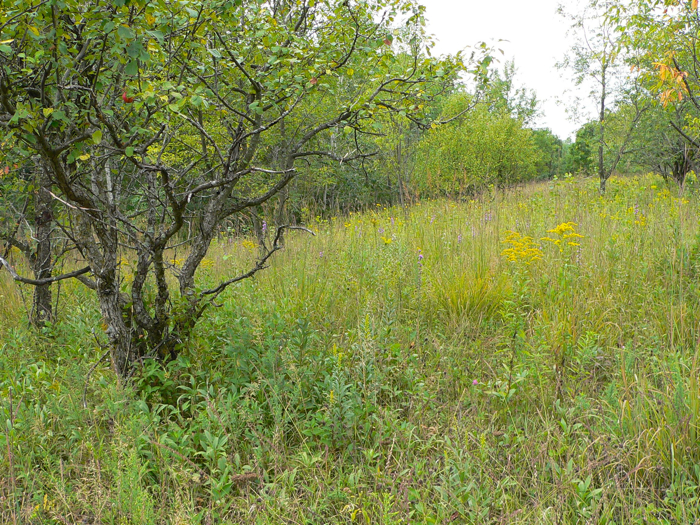 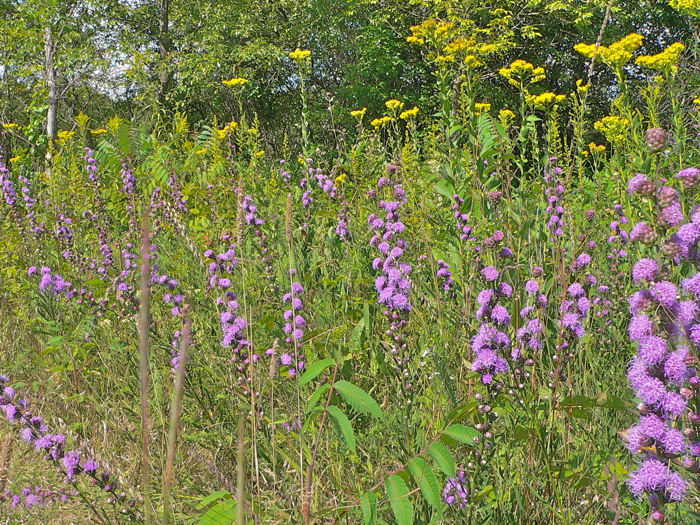 8/27/2005   Blazing Star blooms at the time that Monarchs are migrating, and it’s a favorite nectar source for the migrating butterflies. 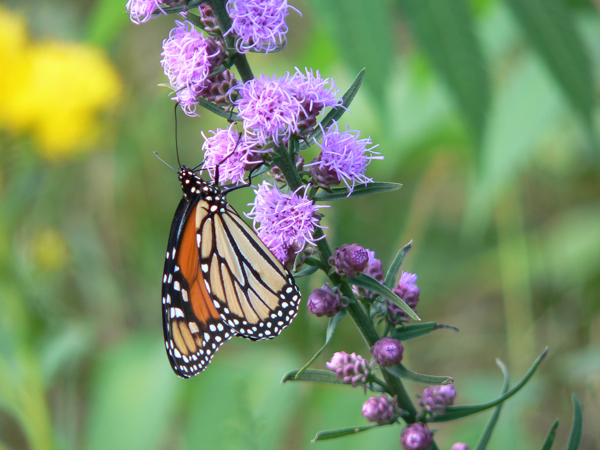 8/24/2005   White Blazing Stars are uncommon, but we have several plants that have white flowers in this prairie. 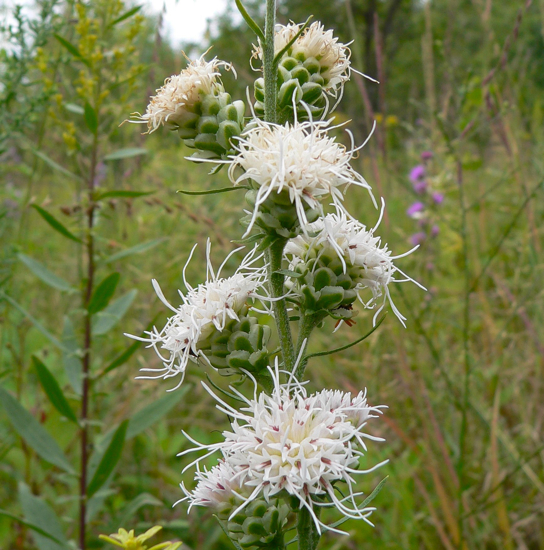 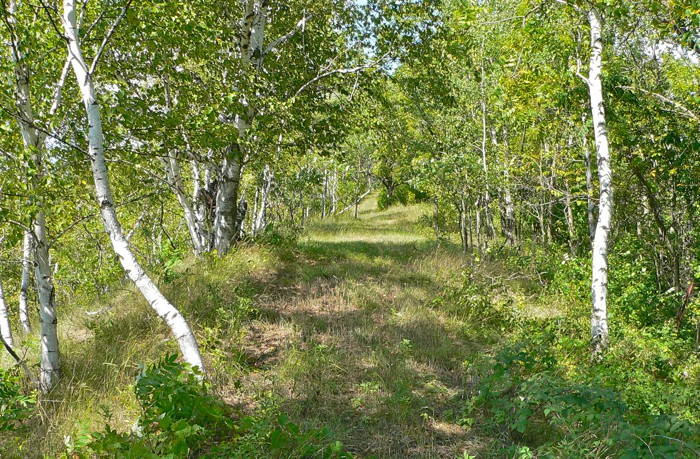 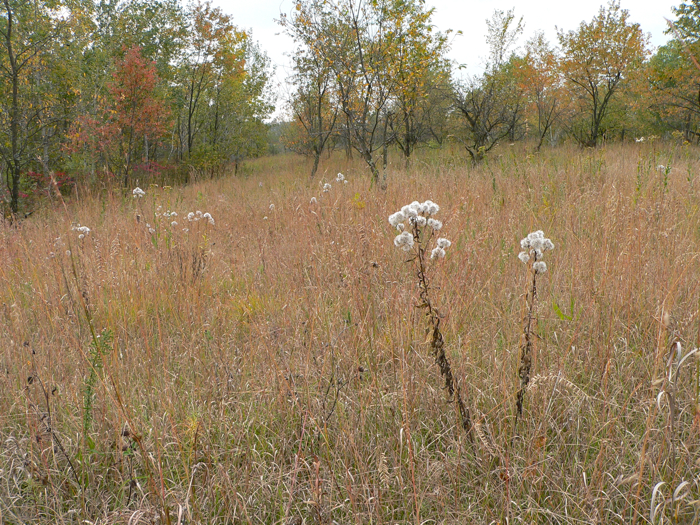 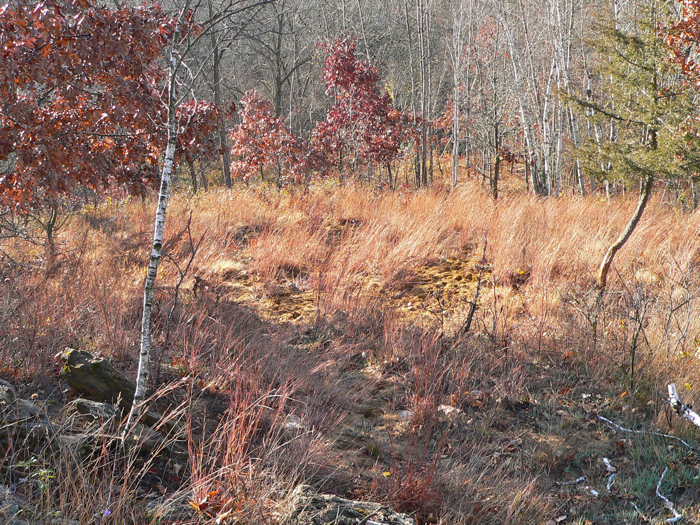 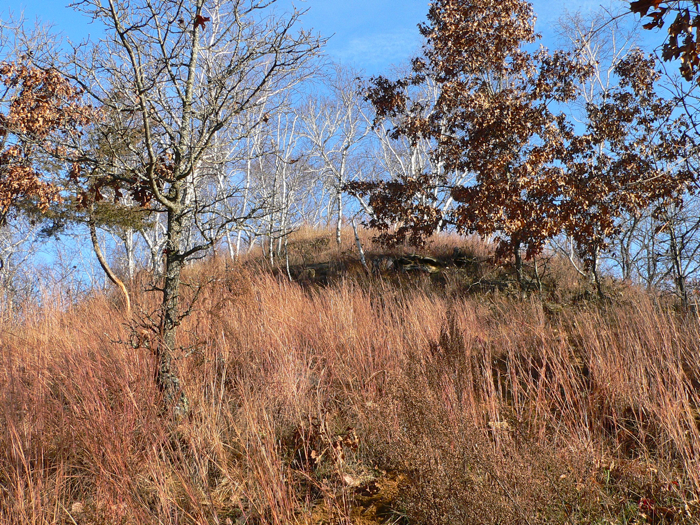 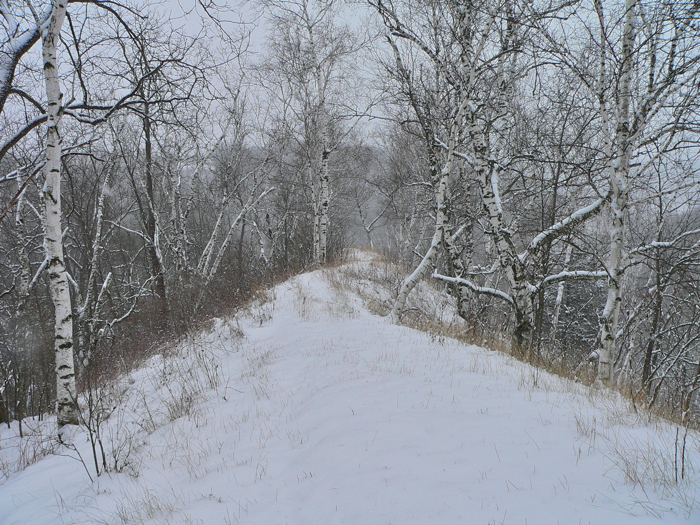 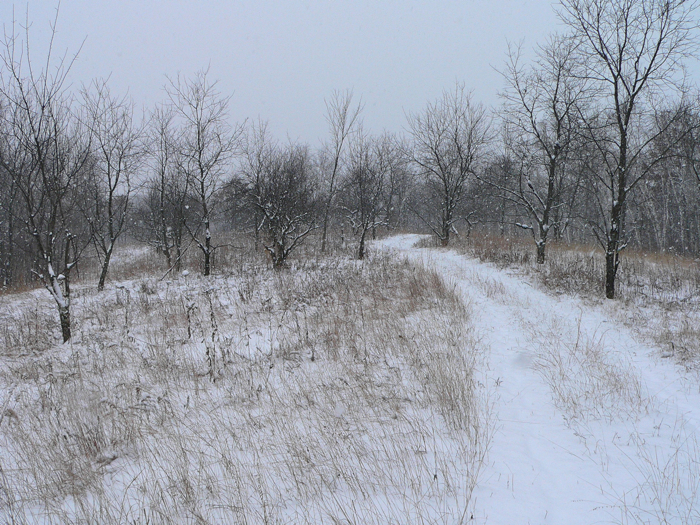