9/2008   The southern third of Western Prairie is now 3 years old. It looked great this year. 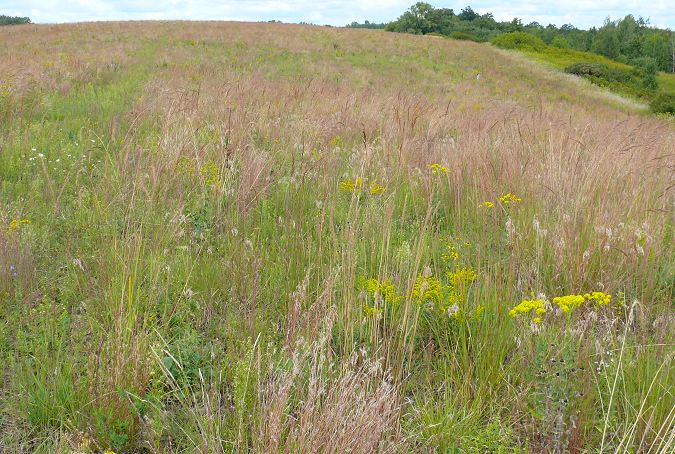 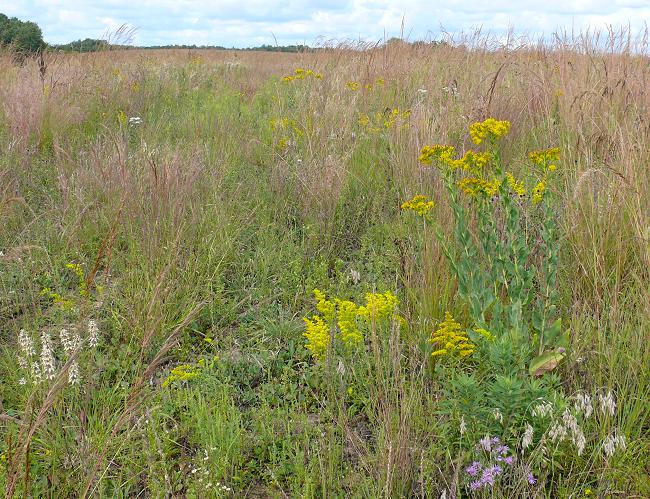 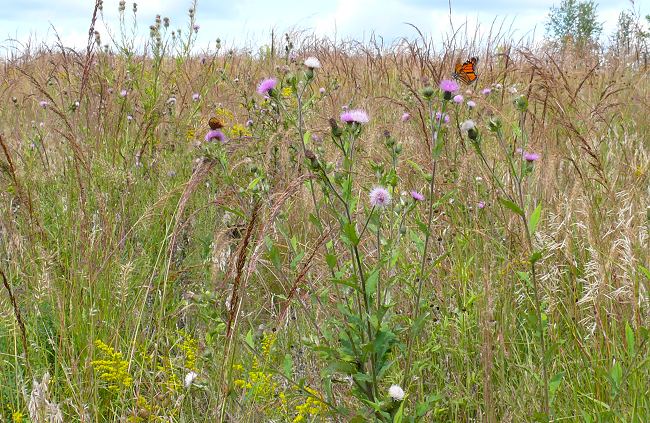 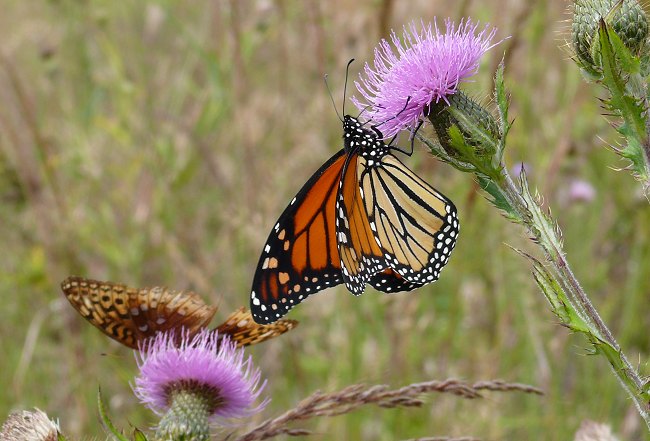 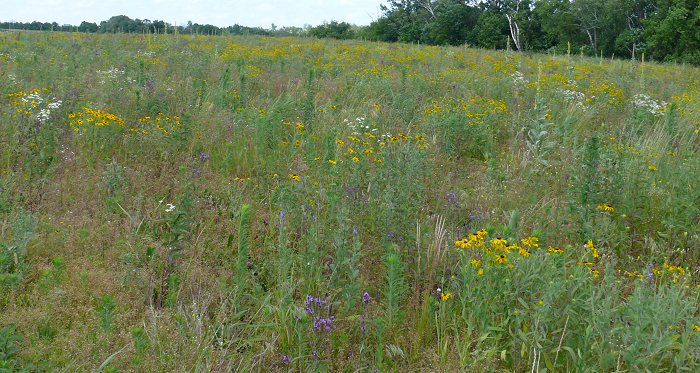 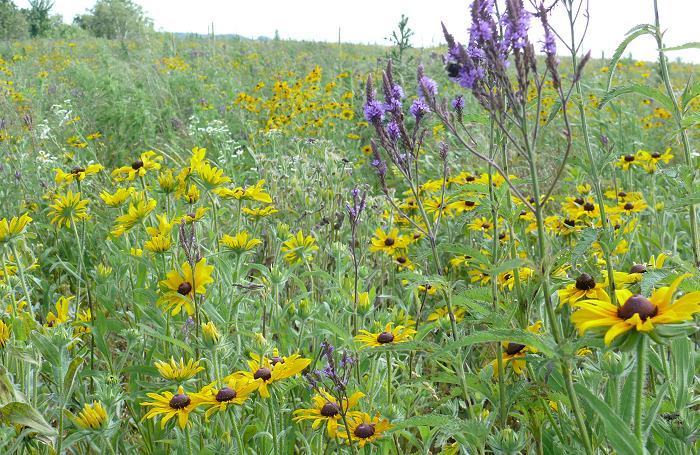 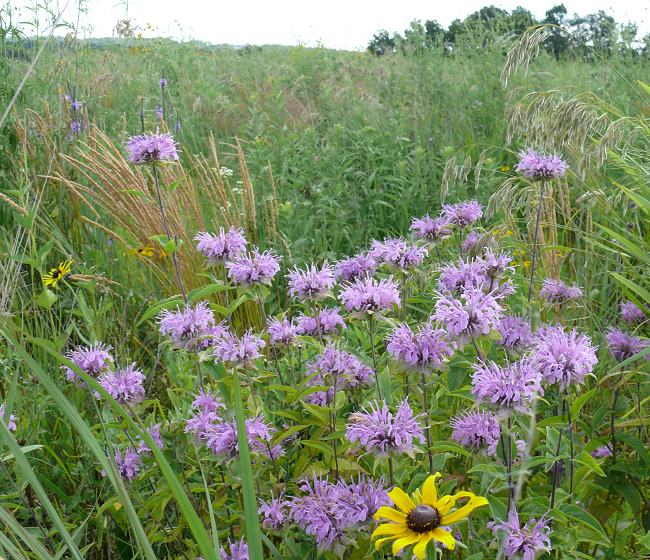 7/2008   I cut and killed Common Mullein (Verbascum thapsus) in a few areas where it was very dense. There was a lot of Canadian Horseweed (Conyza canadensis), a native plant that likes disturbed places. I’m hoping it will disappear as the prairie matures. 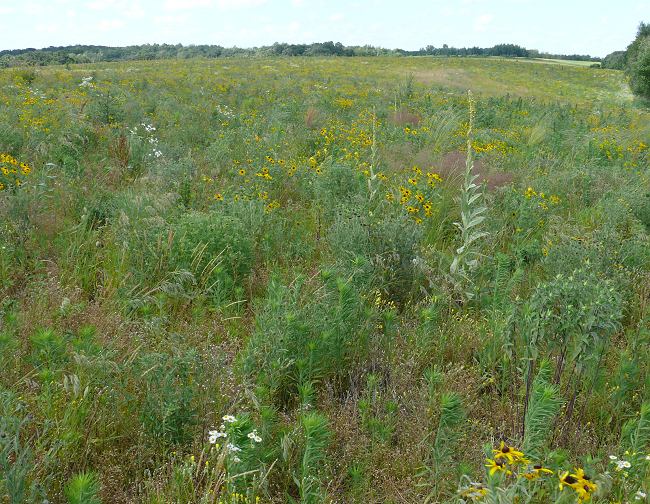 6/7/2008   The northern third of Western Prairie was one year old this summer. Here it is just before the first mowing. The yellow flowers are Hawk’s Beard (Crepis tectorum) – an annual weed which should disappear in a few years.

This is the last year we’ll have big mowed fields – next year they’ll all be prairies.