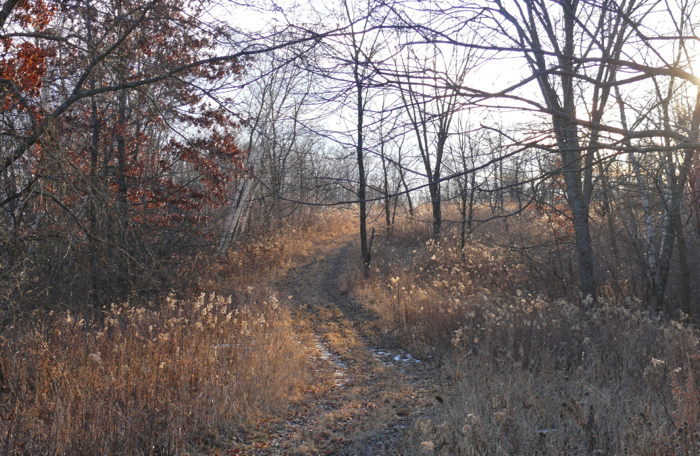 3/9/2012  Center Valley from the point.  The dried flower stalks are Wormwood (Artemisia campestris), a plant of dry, sandy bluff prairies. 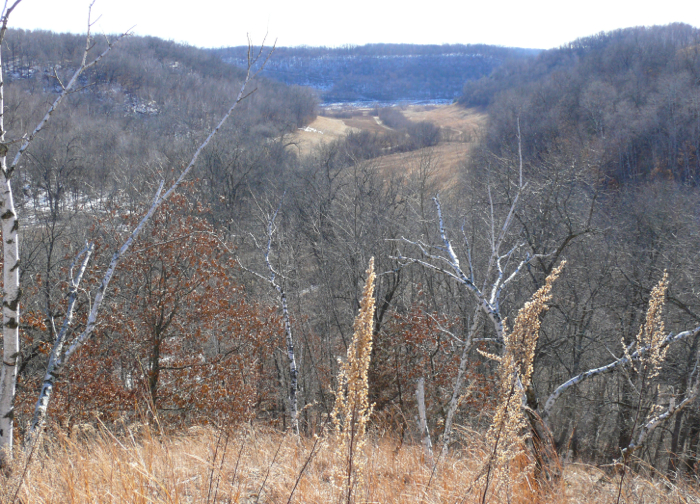 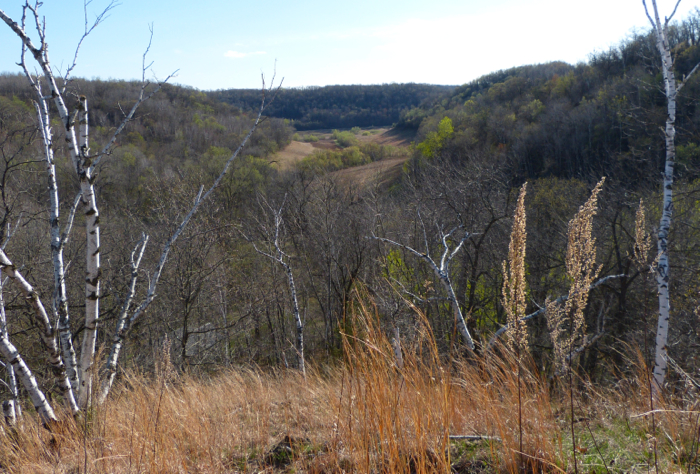 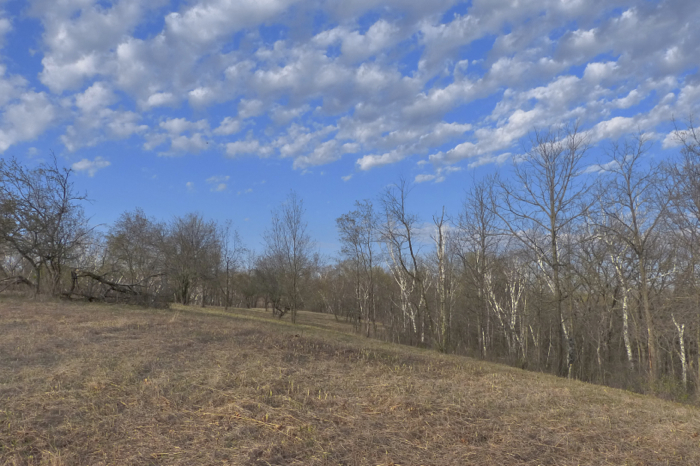 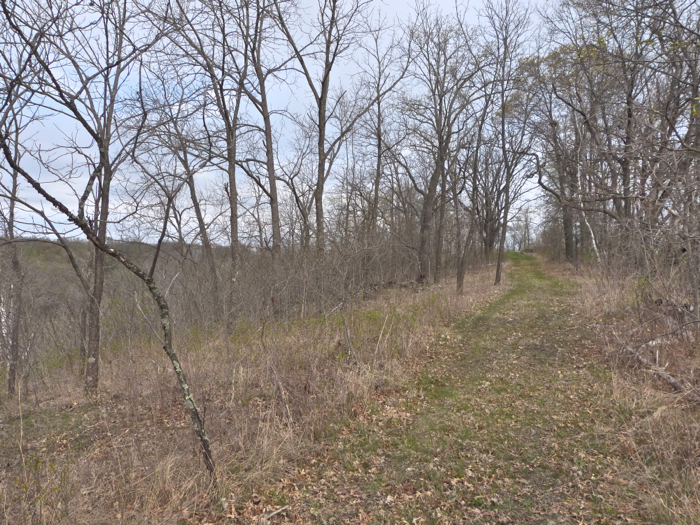 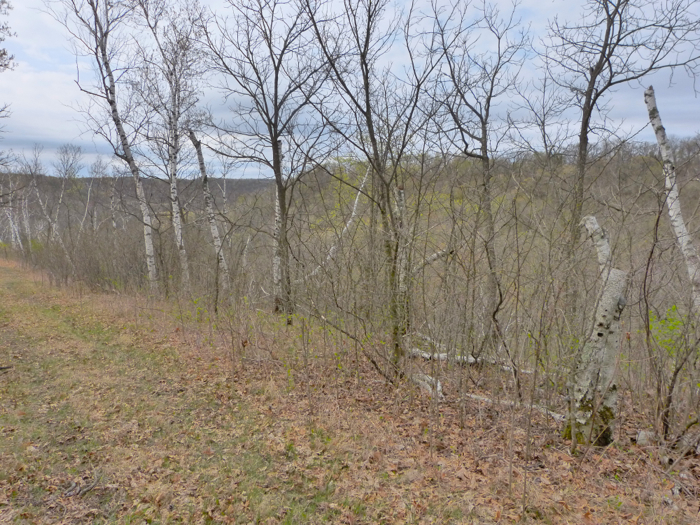 5/11/2012  This is one of the area that Mike mowed out in early April.  Now there are Jack-in-the Pulpits coming up all over. 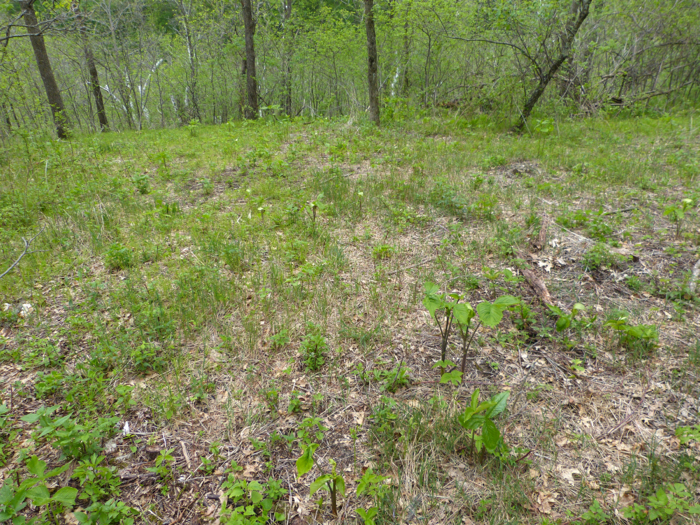 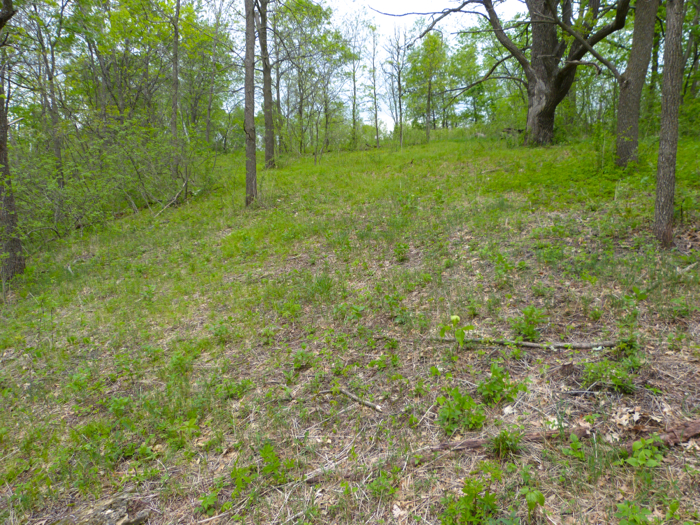 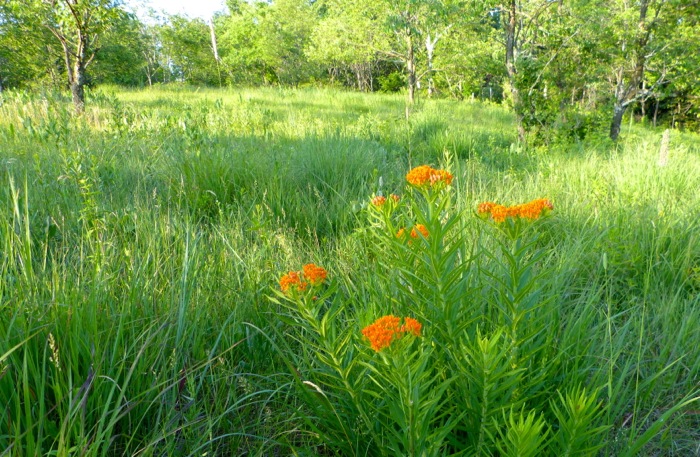 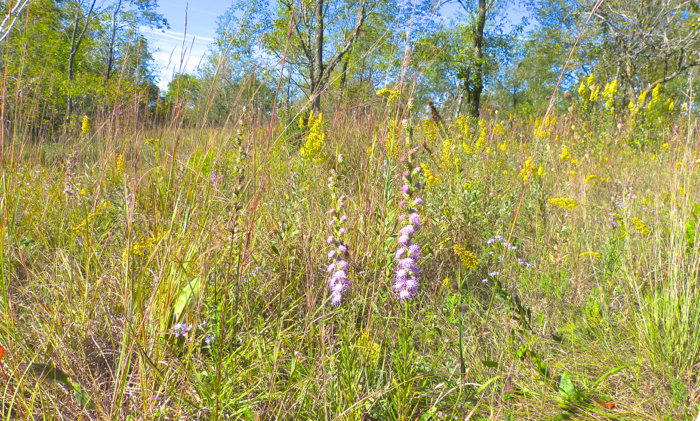 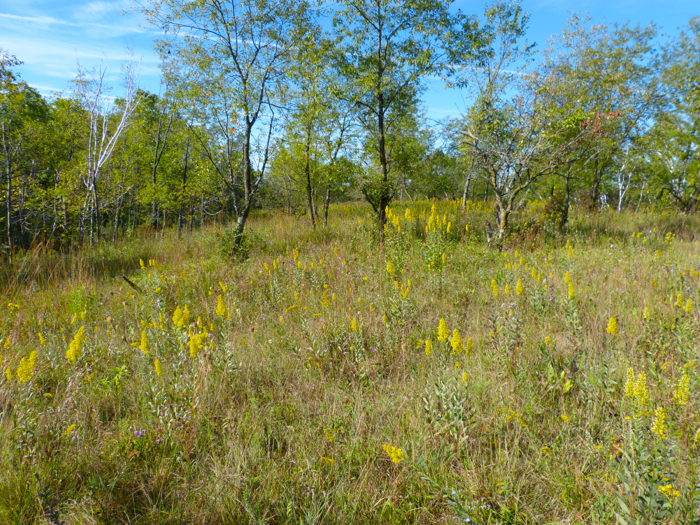 11/15/2012  I’ve been working again on clearing the west-facing slope.  I started at the point, and I’m working north, clearing all the brush and non-natives all the way from the path at the top, to where the woods gets thick at the bottom.  I didn’t get very far – it’s a lot of work! – but it looks much better. 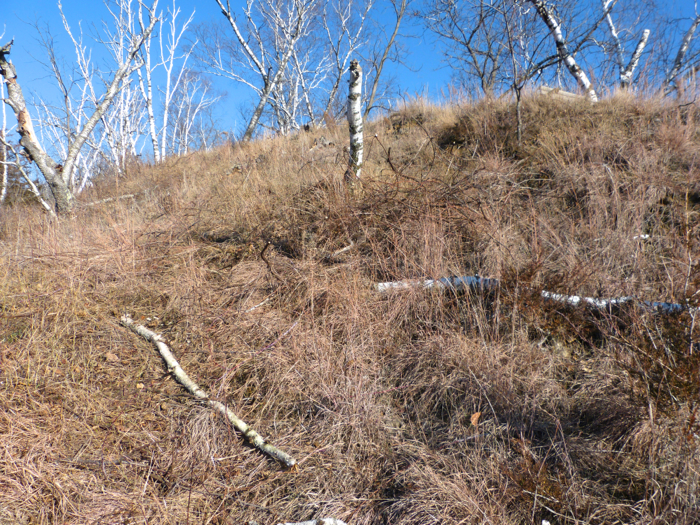