I’ve been collecting and processing seeds as fast as I can. There are piles of drying seeds in nearly every room in the house and I’m running out of space to put them. 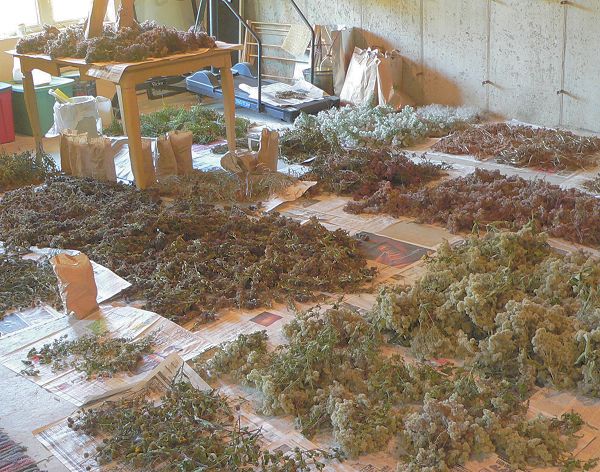 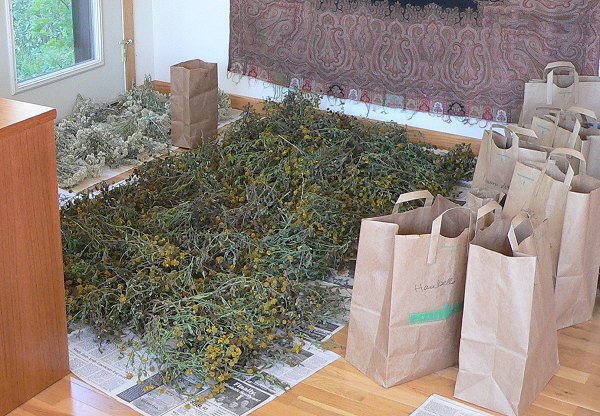 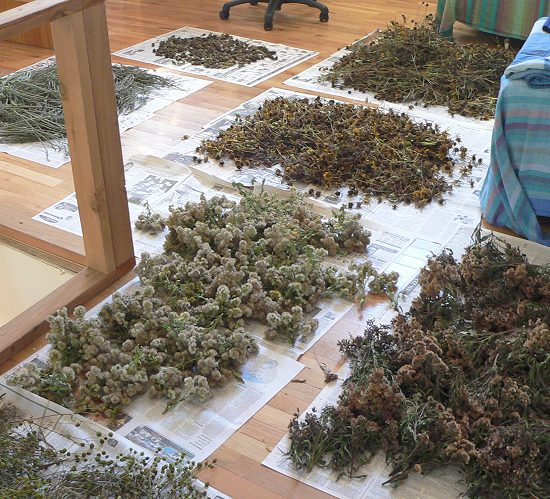 and the spare bedroom. 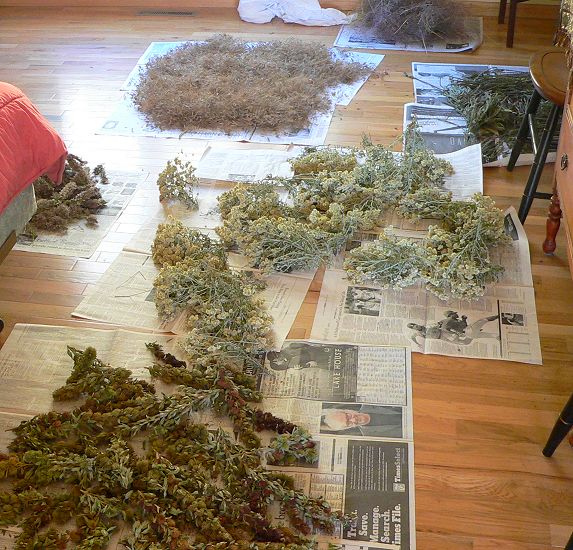 Here are my shelves of cleaned seeds – they’re filling up fast. 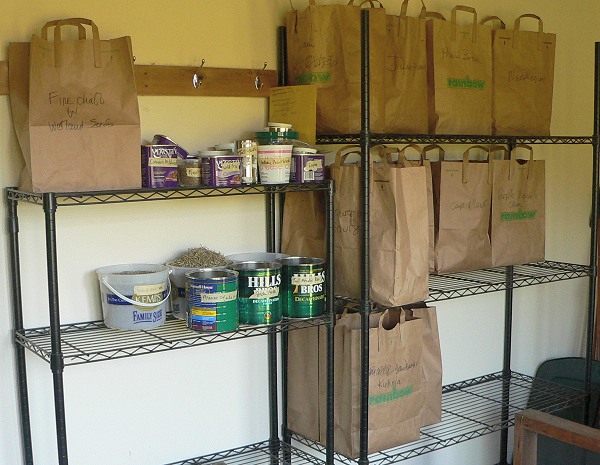 One of the places where I collect wetland seeds is a cow pasture along the Buffalo River. It’s a degraded wetland right at the edge of the river, with lots of trampled and grazed grass. 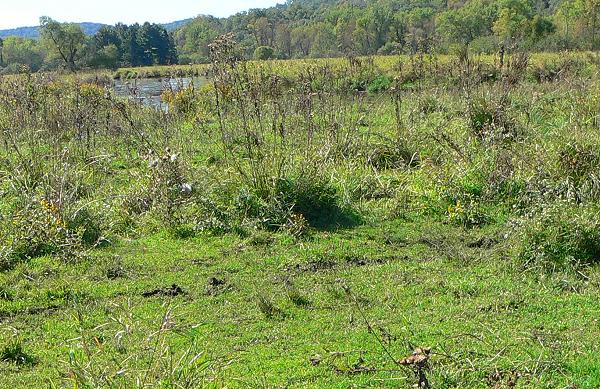 But most of the plants are native, and even some native animals live there. Here are some Clouded Sulphurs in the mud under one of the feeders. 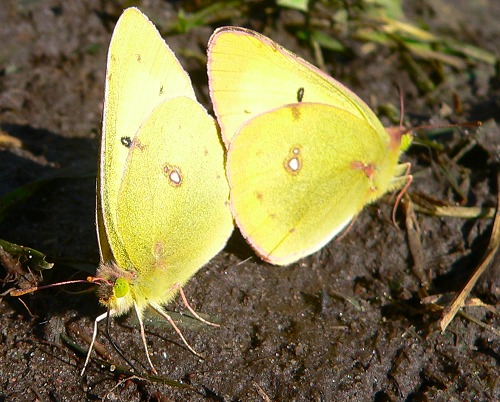 And a Leopard Frog at the edge of a cow path. 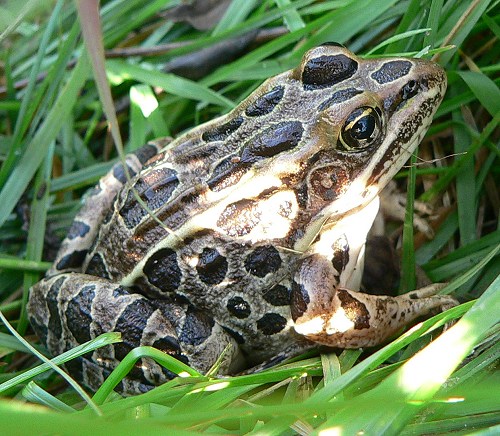 I saw a small flock of Sandhill Cranes in a nearby field, and a large flock of Canada Geese in the river. A few weeks ago a flock of migrating Woodcocks flew up out one of the mud holes. So, in spite of the cows, it’s a nice place to be.

Mike got a new chainsaw this week – lighter and easier to use than the old ones. We tried it out on some trees that had fallen across one of the trails. It should make it easier to do our tree clearing projects. 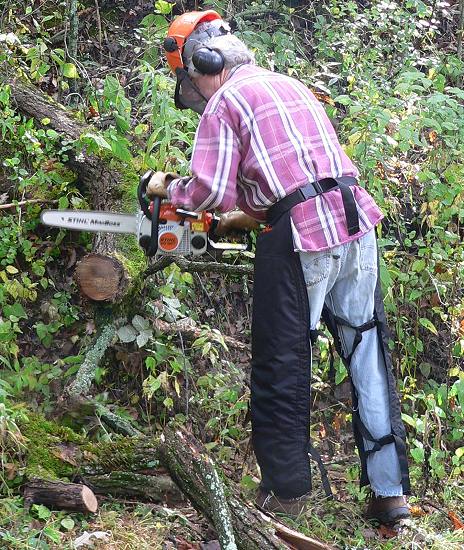 We tried burning the wetland field that we sprayed earlier in the summer. We were hoping to get rid of the dead grass and other plants that have built up on the surface of the soil. 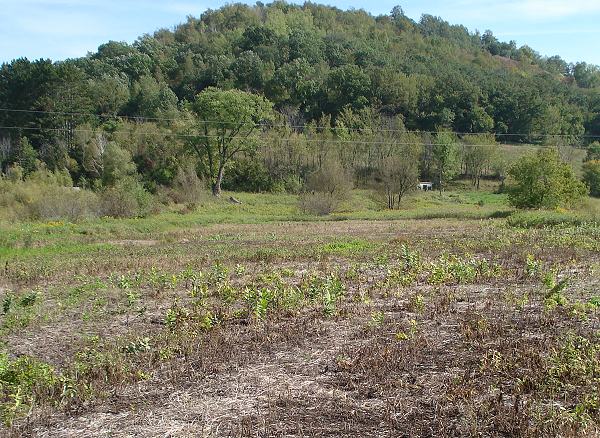 We got the fire started, but it only burned the very top layer of grass.

Here’s the burned duff layer – the top is burned, but most of the dead grass is still there. 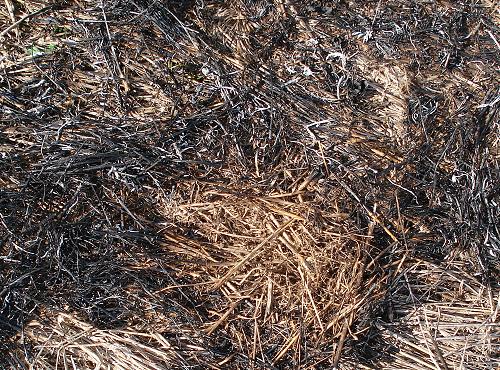 Then we tried hand raking and blowing with the leaf blower. Neither worked very well and both would have taken too long in such a large area. We were finally able to burn a little of the duff that I had scratched up with the rake – we burned it mostly for fun. 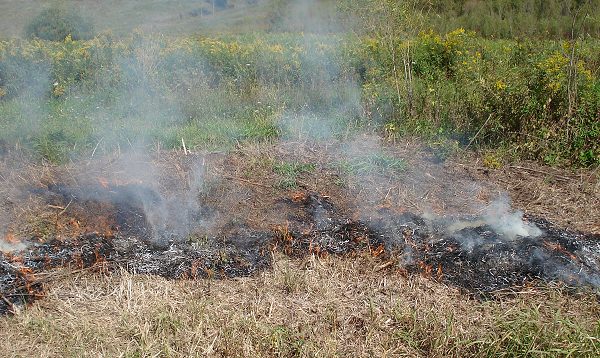 After looking at the layer of duff, we decided to leave it – hopefully it won’t be thick enough to prevent the seeds from having good soil contact.

Asters are in bloom everywhere. These purple ones are in the prairie area next to the house. 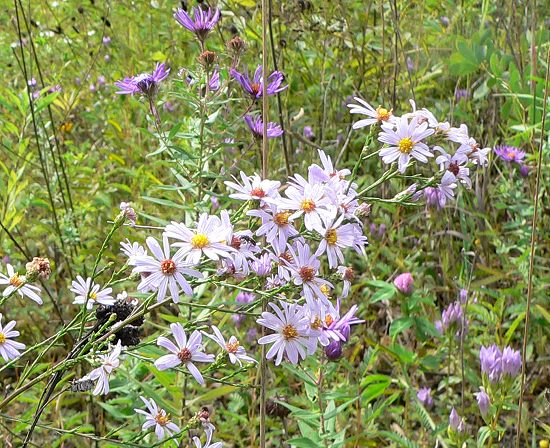 There’s often mist in mornings these days, when the sun hits the colder air at the bottom of the valleys. 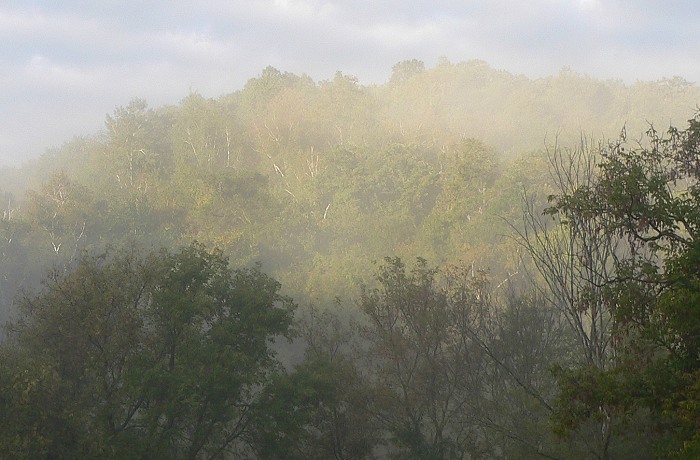