This has been a good week for moths and butterflies in St. Paul.

Arlene and Kevin found a Tiger Swallowtail caterpillar on some maple leaves in their backyard. It ate for a few days and then settled in on the side of a jar – we’re hoping it will make a chrysalis. 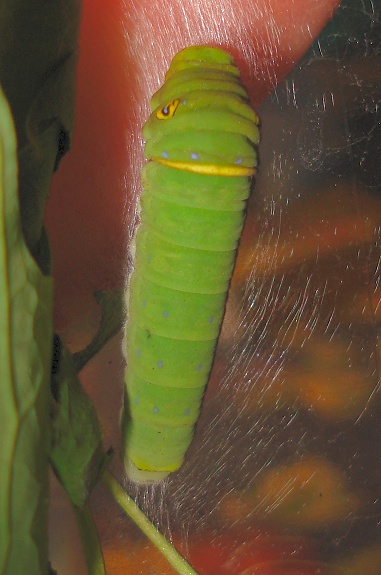 I released two of the Black Swallowtail butterflies that hatched from the caterpillars I raised – both females. Here are the two chrysalises. 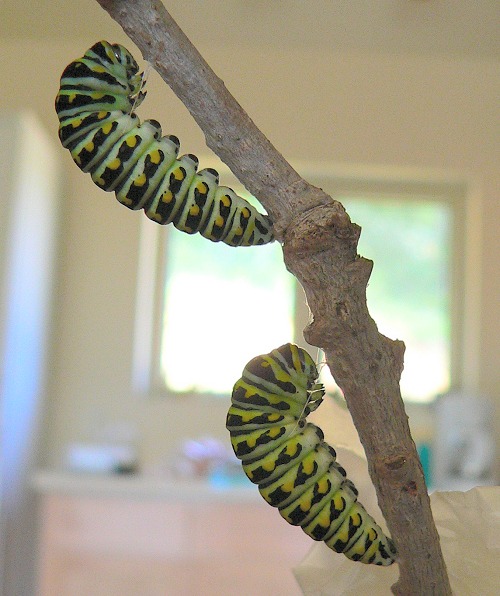 And these are the two butterflies. 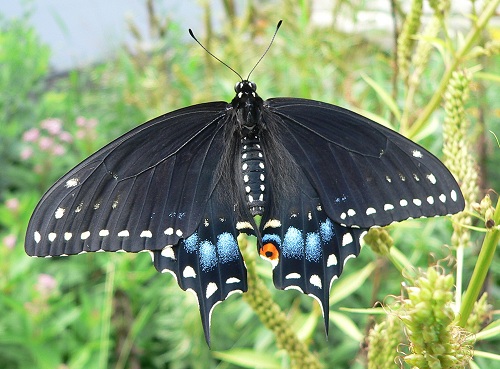 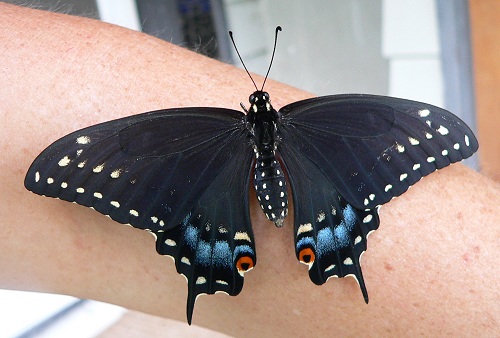 One of them lost one of the orange eye-spots on her wing while she was still in the aquarium. I cover three of the glass sides with paper towels so the butterflies have something to hang onto, but I leave one side open so I can watch more easily. Butterfly wings are very delicate when they first emerge, so she may have slipped on the glass and broken that delicate wing. It didn’t seem to be a problem for her – she didn’t have any trouble flying away.

I saw two interesting “wild” butterflies in the garden. One was a black female Tiger Swallowtail. 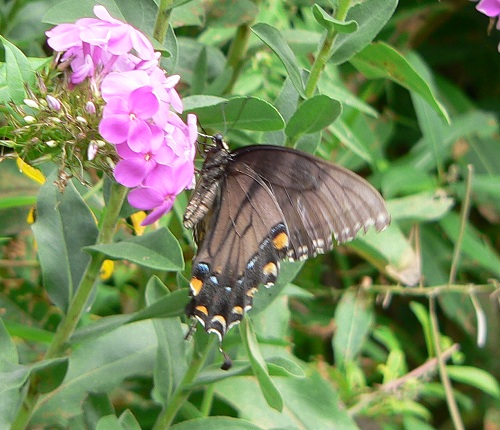 Some females are black rather than Yellow. You can tell them from Black Swallowtails because Tiger Swallowtails are larger and you can usually see the dark tiger strips on the wings. As I was watching her, a male Monarch, which has been patrolling the yard, came flying over and bonked into her. It must have been his way of telling her to get out of his territory, because she immediately flew away.

The other one was a Duskywing Skipper – but I’m not sure of the species. It’s either a Wild Indigo Duskywing or a Columbine Duskywing. It’s impossible to tell from a photo. 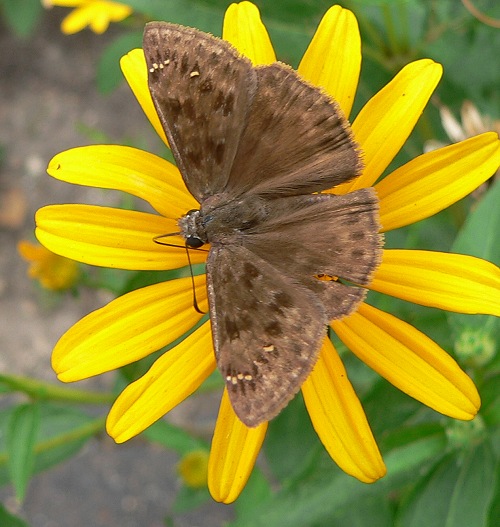 Wild Indigo Duskywings are more common because their caterpillars have learned to eat Crown Vetch, an exotic plant which is planted along roadsides to control erosion.

Another development this week is that a family of Coopers Hawks has been hunting in the neighborhood. I think they must have nested nearby – there are almost always Coopers Hawk nests in this area. I see them swooping across our front yard almost every morning. The young ones land in the tree in the next yard and yell for food. Since our front yard is so wild, I think they must find it a good hunting place. Later in the day I usually hear them in other places – often within a few blocks of our house.

We have lots of hummingbirds these days – at the feeders and at the flowers. And lots of loud goldfinches.