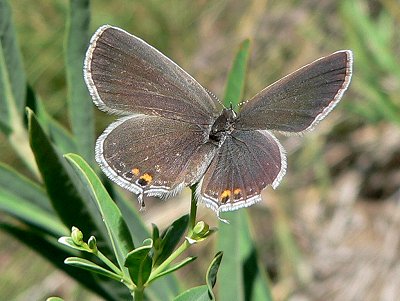 Eastern Tailed Blues are very small butterflies – about an inch when measured across their open wings. This one is a female. I found her on a steep dry prairie that belongs to our friend Rob. She was very cooperative – I was able to get the camera very close before she flew away.

The upper wings of males have the same pattern but they’re bright blue. 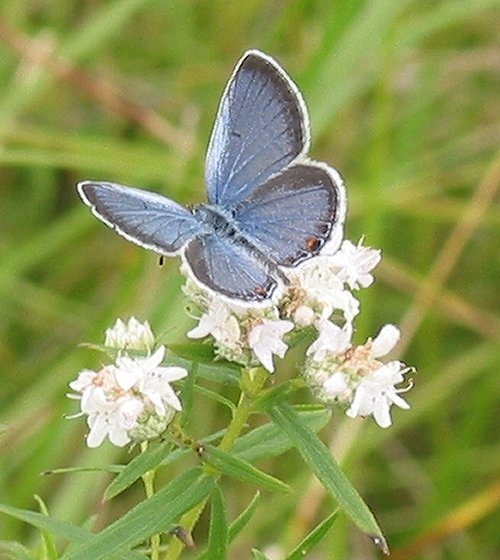 The underside of the wings of both males and females is silvery gray-blue, with small black spots and dashes, and orange spots near their “tails”. 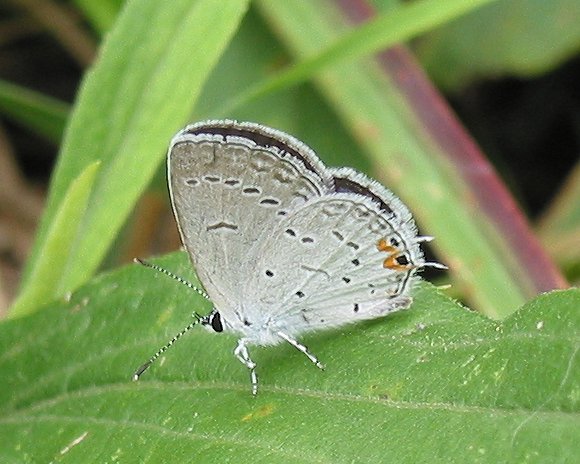 They usually rest with their wings held together, so it’s often difficult to get a look at the upper side.

Their caterpillars are flat and slug-like, and eat leaves and flowers of plants in the pea family. Here’s an Eastern Tailed Blue caterpillar on the flower head of Round-headed Bush Clover. 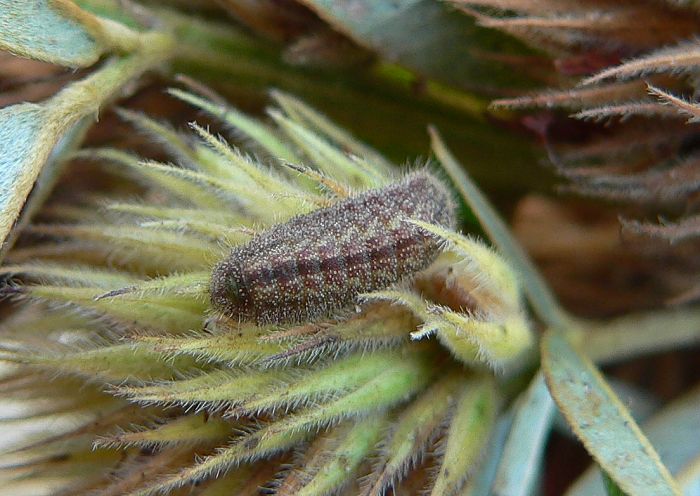 Both the butterflies and the caterpillars are fairly common, but they’re small and well camouflaged, so you have to look carefully to see them.