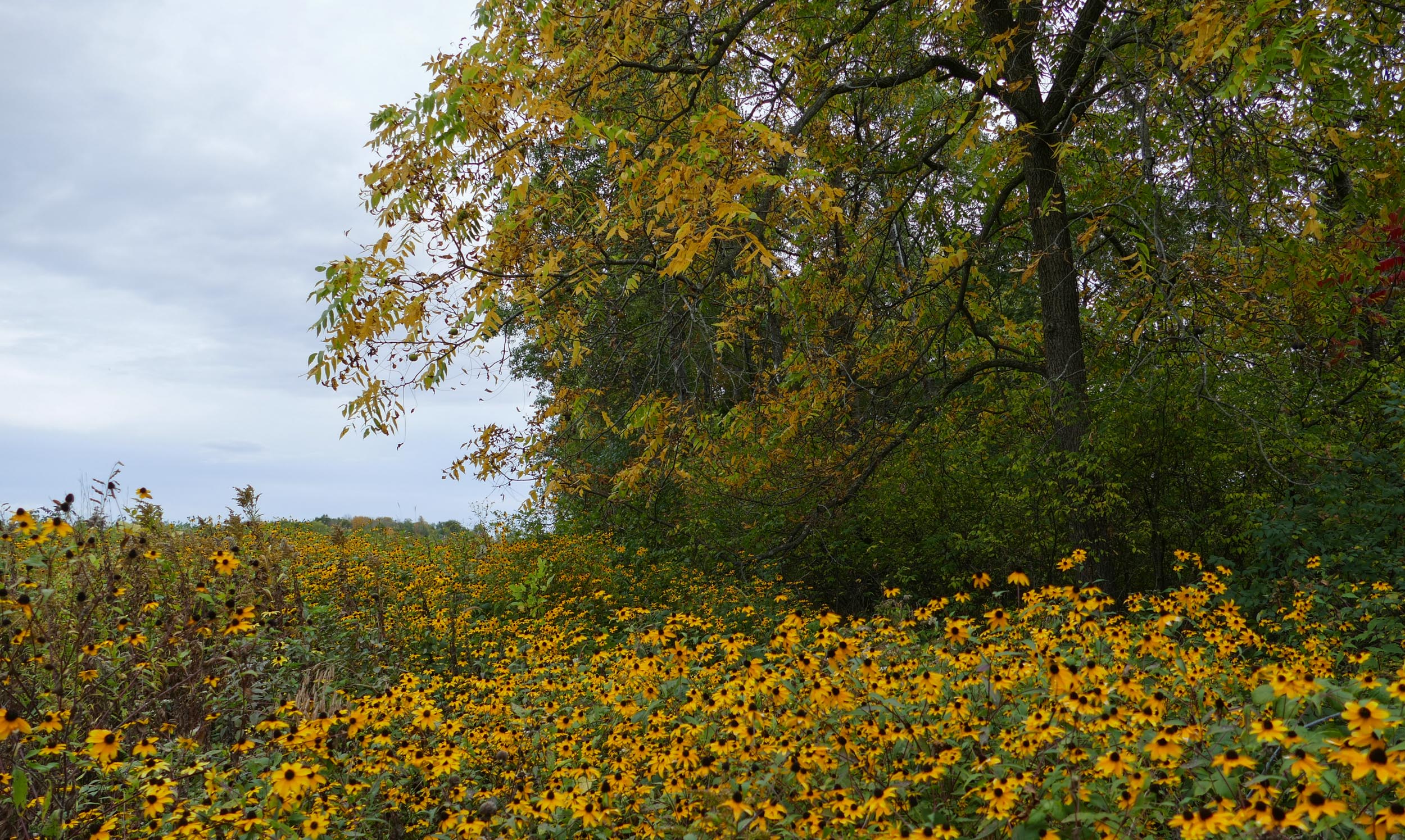 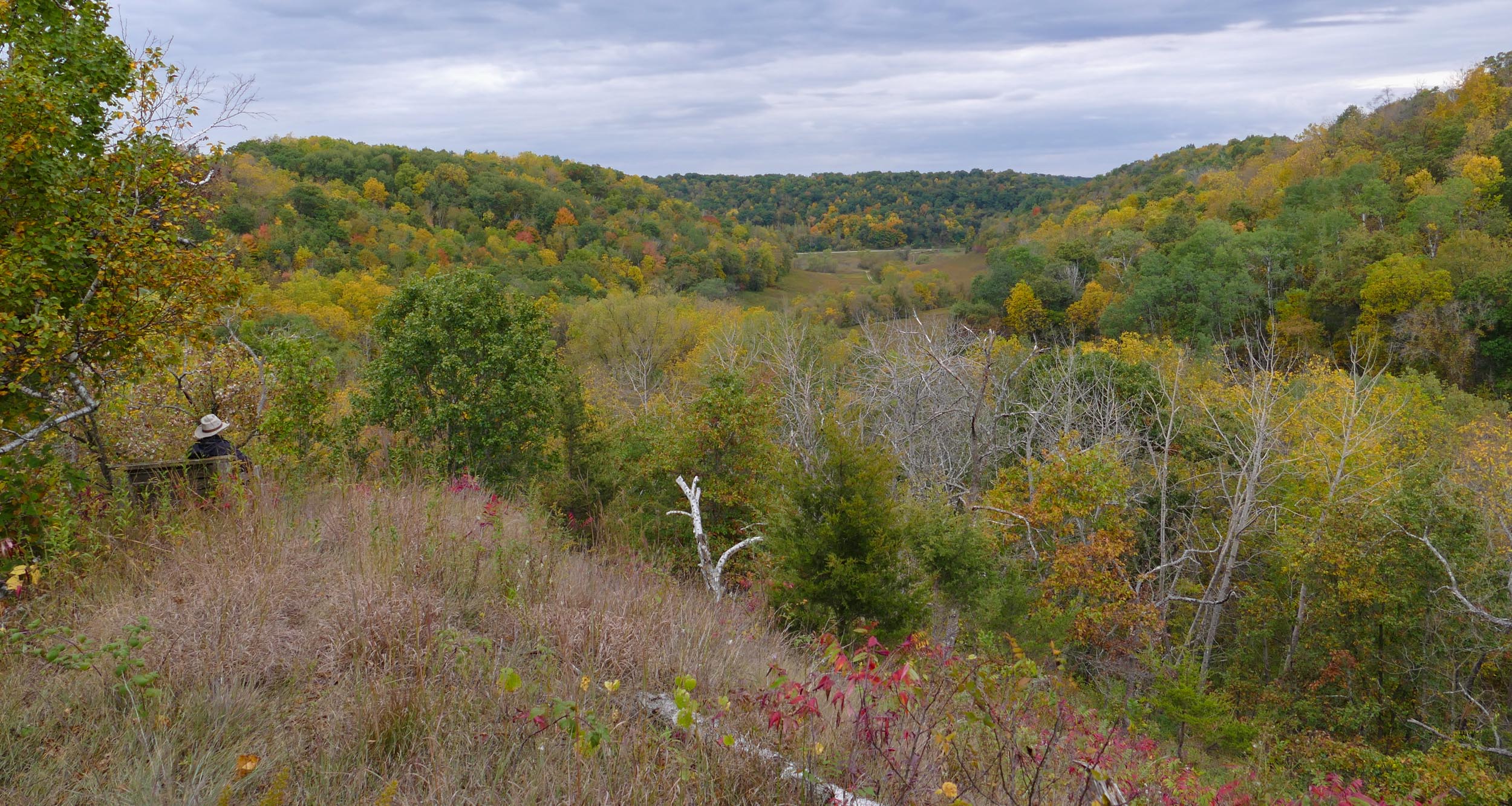 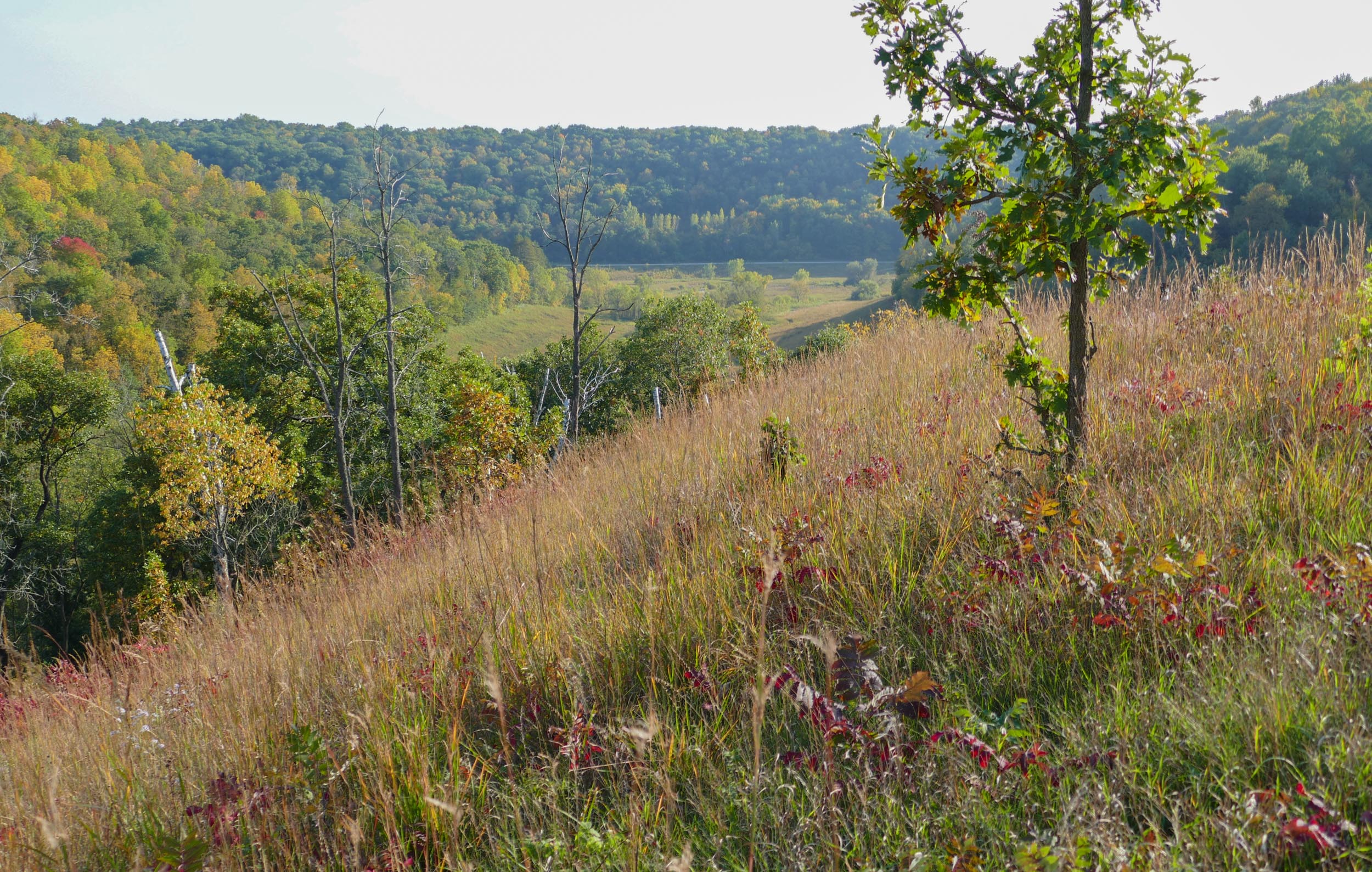 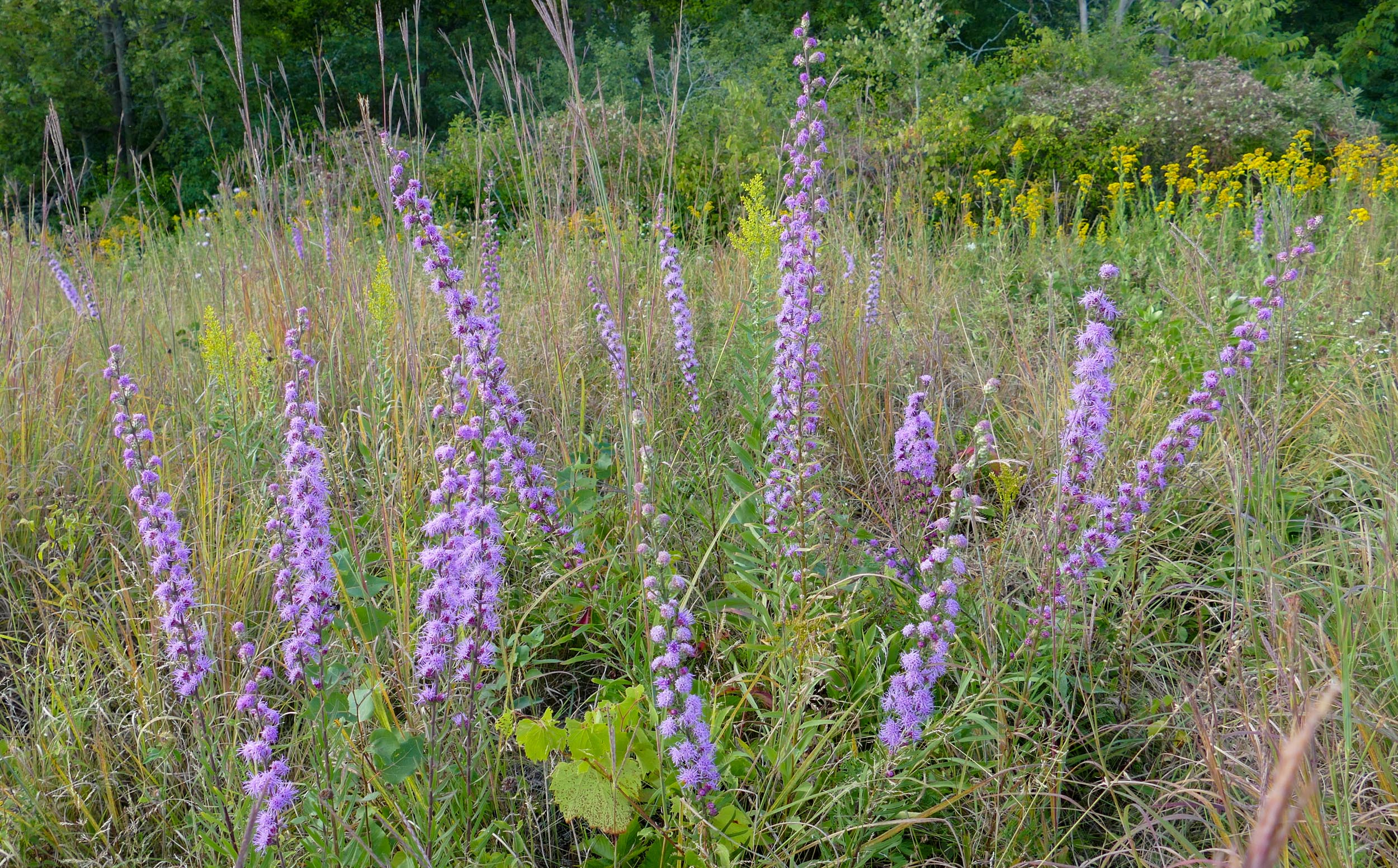 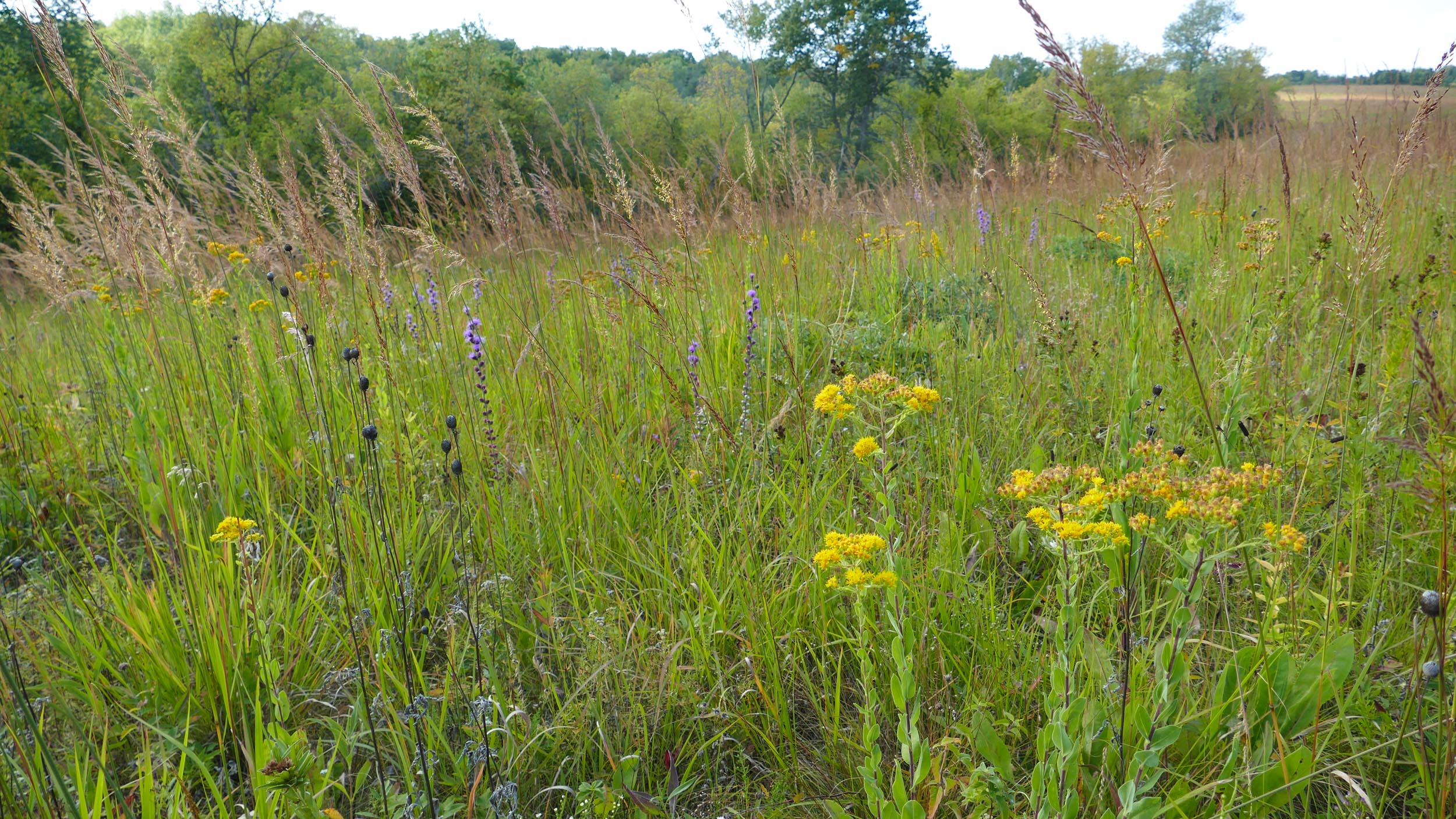 Birds and butterflies are migrating south.

Some of the earliest to leave were the Barn Swallows.  The last group of nestlings fledged at the end of August, but even after they left their nest they came back to spend the night.  Sometimes they spent it in their own nest, sometimes in one of the other nearby nests.  Here they are one morning, just below the nest – thinking about flying. 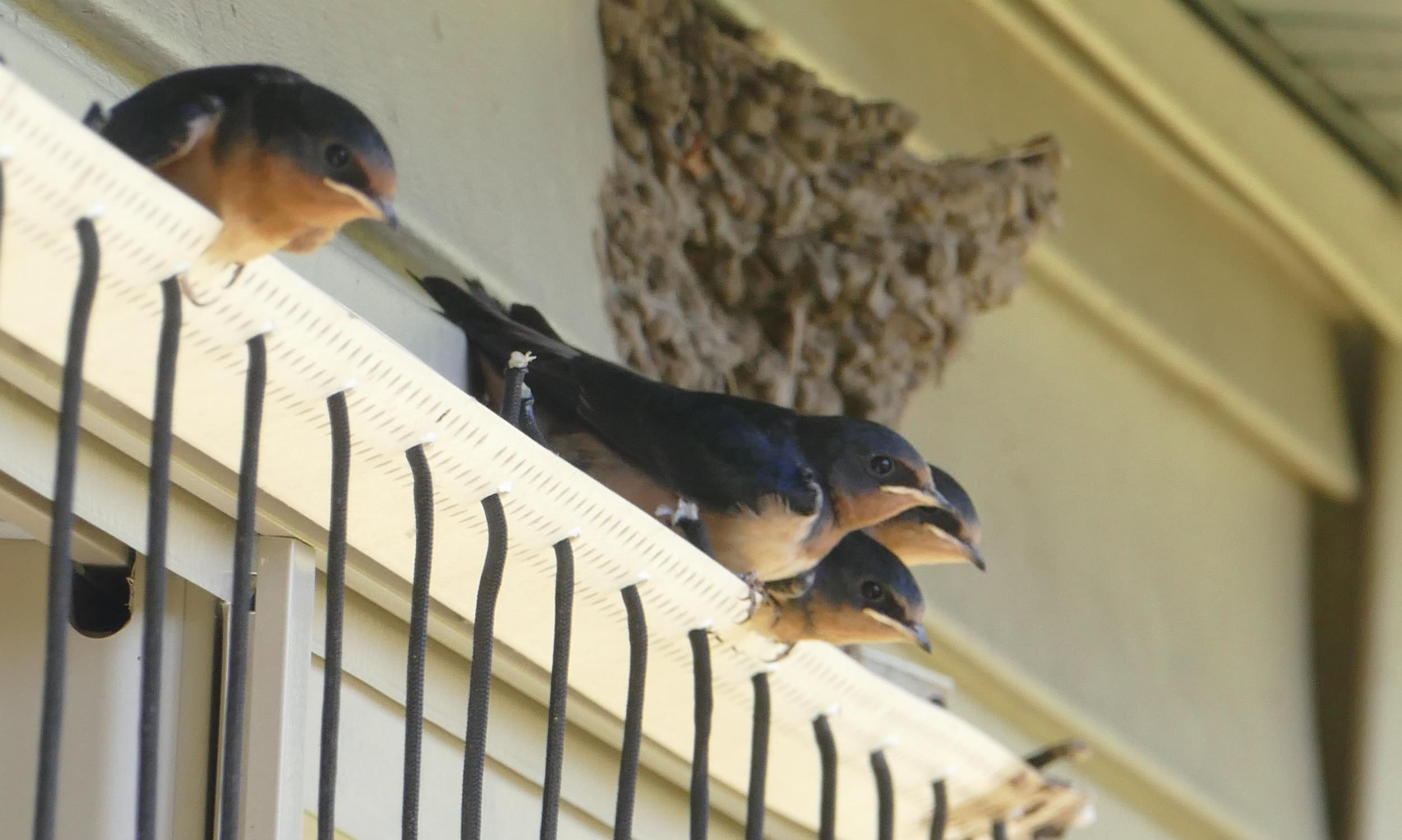 After about 4 days of that they finally did leave.

It’s much quieter now with many fewer birds calling.  But we’re seeing some migrants passing through. 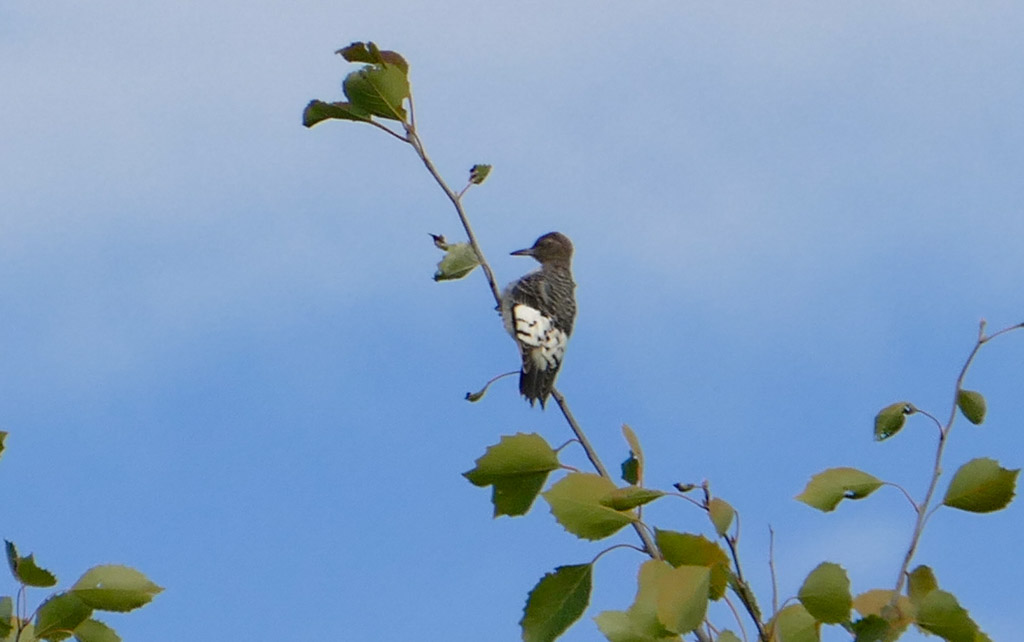 A Cape May Warbler enjoying grape jelly.  The orioles left a few weeks ago, but I hadn’t gotten around to getting rid of the left over jelly. 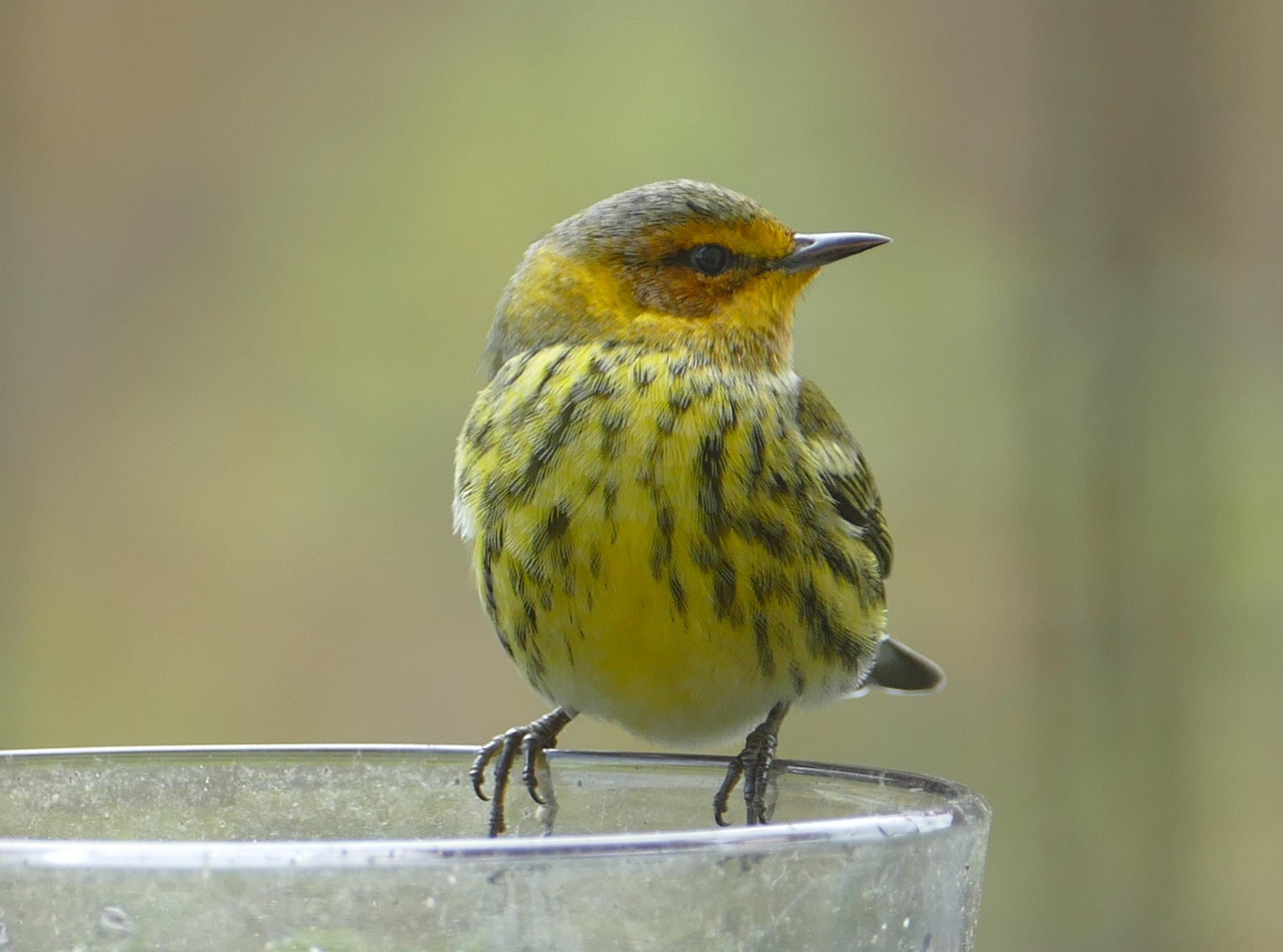 We didn’t see as many migrating Monarchs as last year – here’s the link to the chart of all our counts.  Our highest count this year was 517 on September 5.  But we did see some spectacular Monarch roosts.  Monarchs fly during the day, not at night.  So at night, and on cool, cloudy days, or when the wind direction makes it hard to fly south, they rest in trees.  They gather in groups in places that are protected from the wind and close to sources of nectar.  I’d seen a few small roosts before, but not many, and with not more than a few butterflies.

September 1 was a cool, cloudy day with a strong south wind.  We didn’t expect to see many monarchs on our walk, but we noticed a few flying high up, along a line of north facing trees.  Every once in a while one would land – triggering other nearby butterflies to flash their wings open and shut.  That flashing of wings was the way we were able to spot the roosts.  Otherwise they were almost invisible.

Here is a roost of quiet butterflies about half way up in a tree – very difficult to spot because their wings are folded. 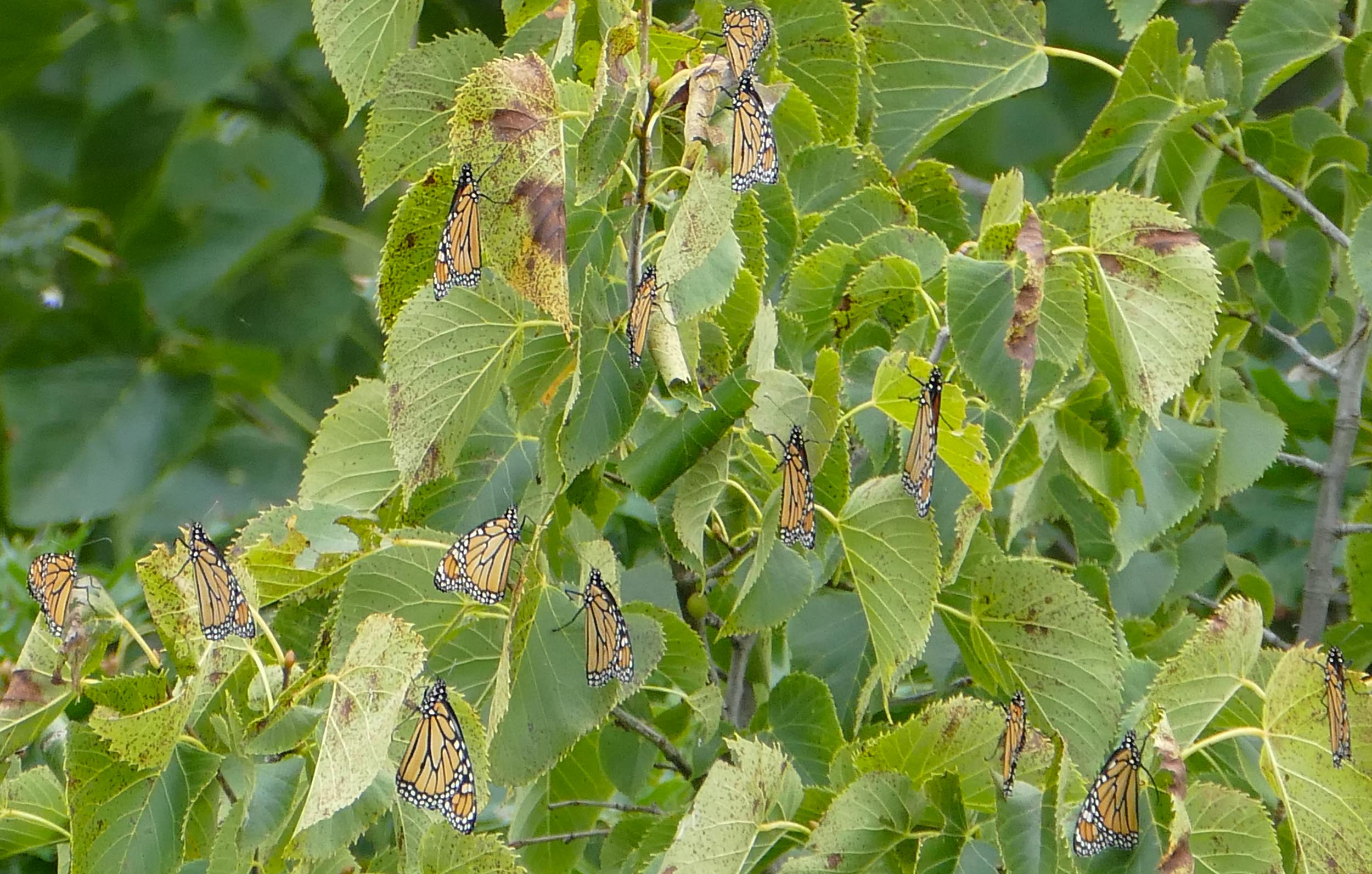 Here they are, moments later, as a new butterfly lands nearby. 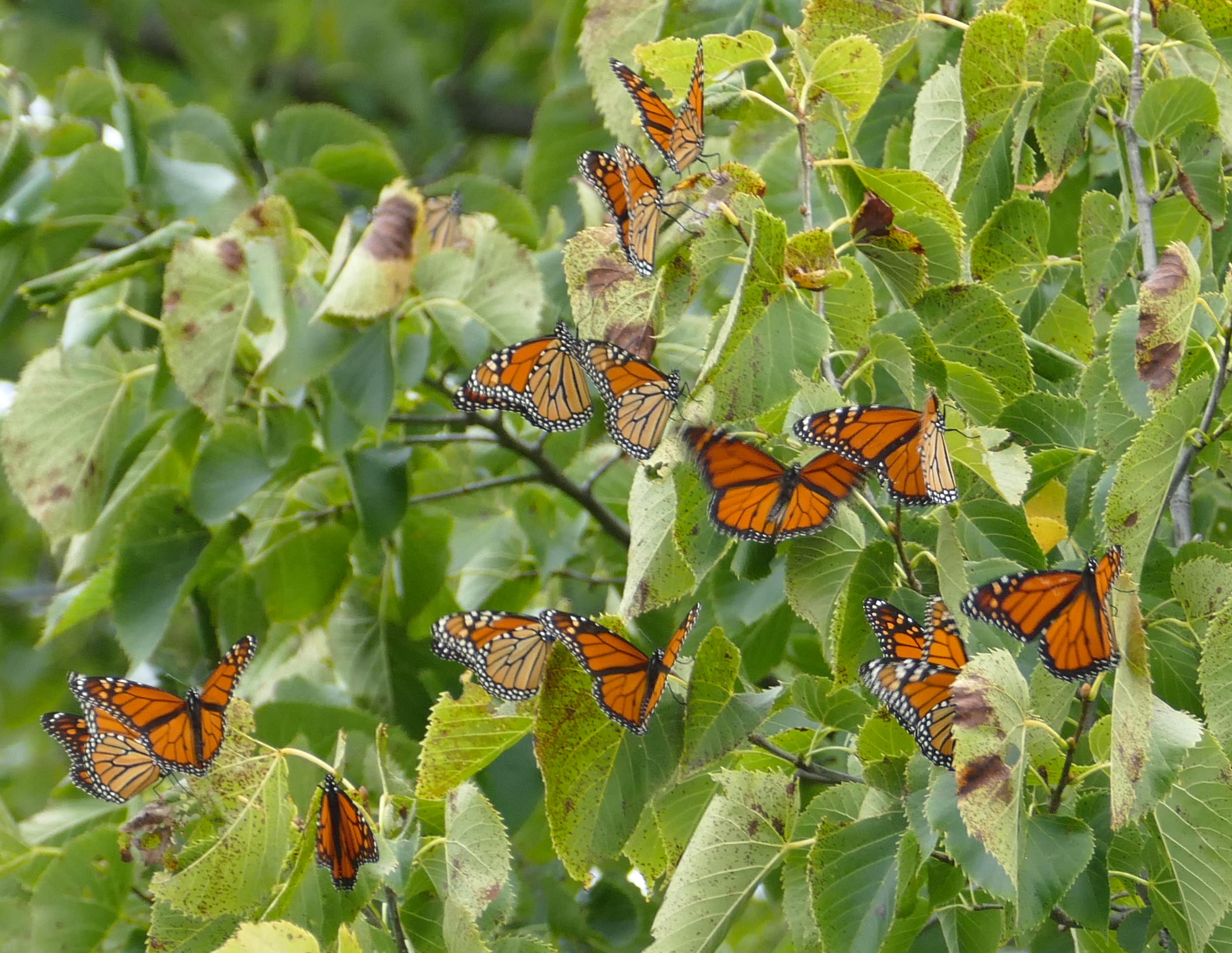 Another roost – in an oak tree 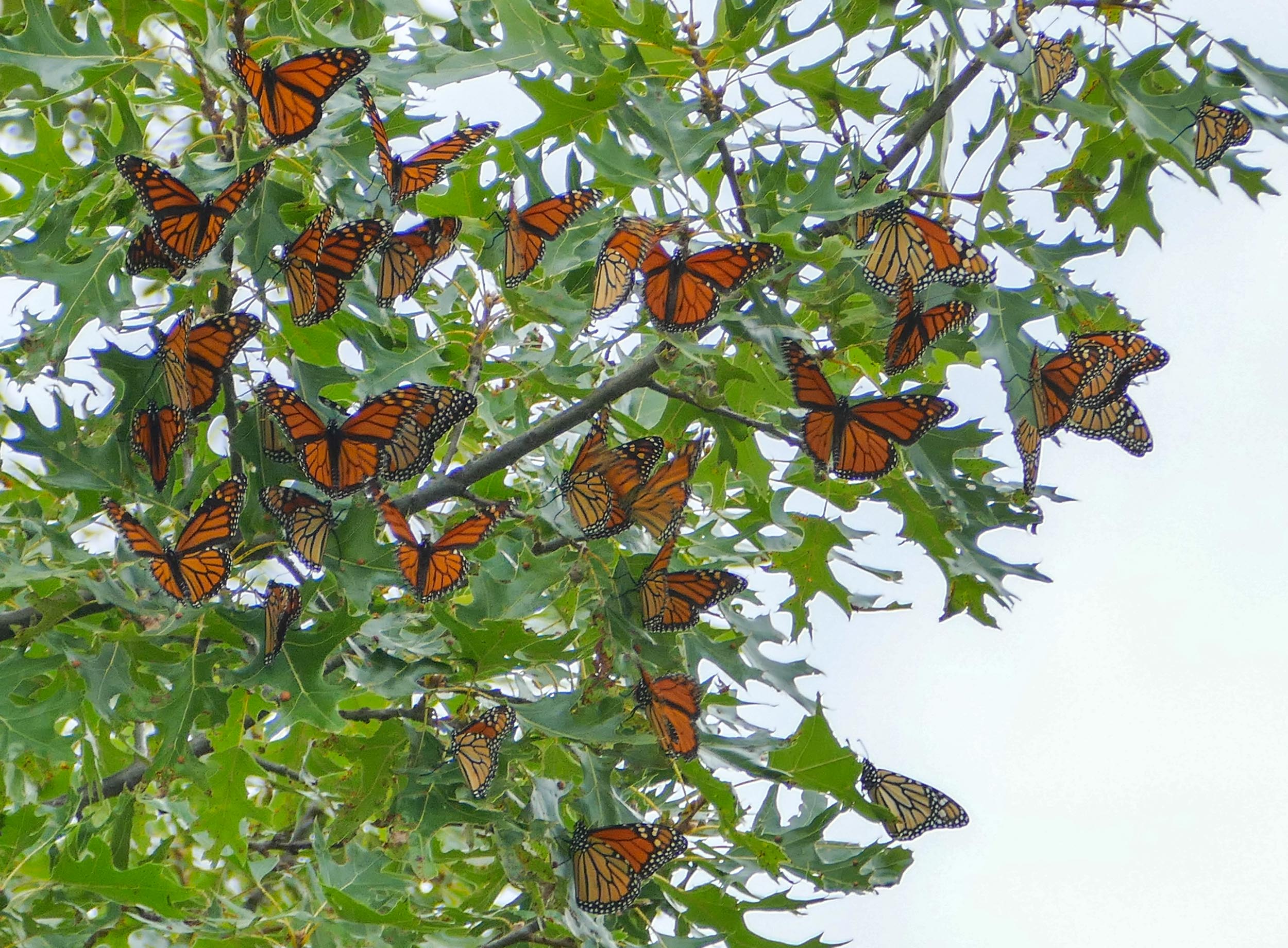 A smaller roost.  We saw 6 or 7 roosts of 30-40 butterflies each, and several smaller ones. 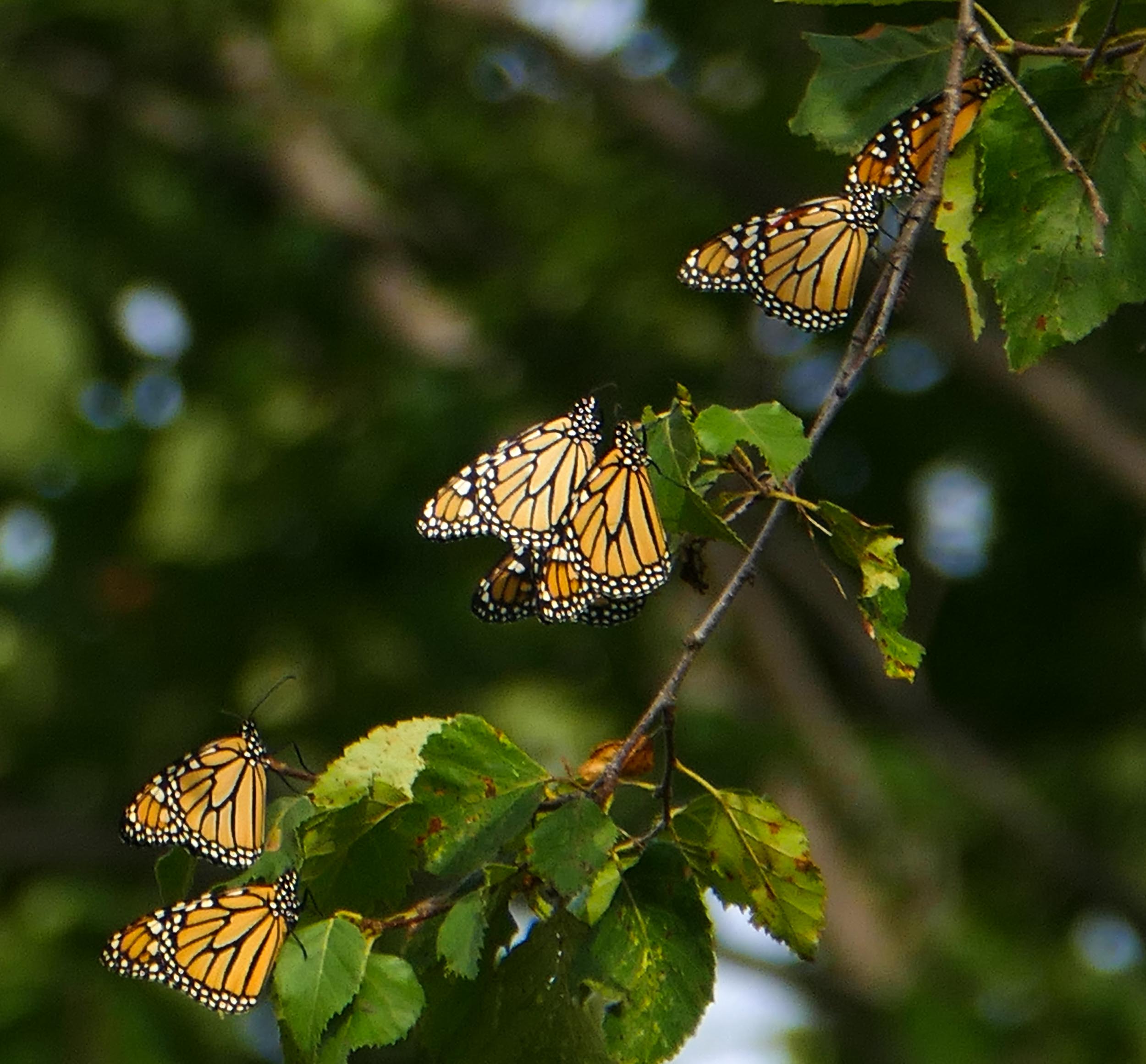 This is an Eastern Comma, newly emerged from its chrysalis.  It will overwinter as an adult, sheltering in a brush pile or behind some bark.  As soon as the weather warms in the spring, it will be out flying, ready to mate and lay eggs. 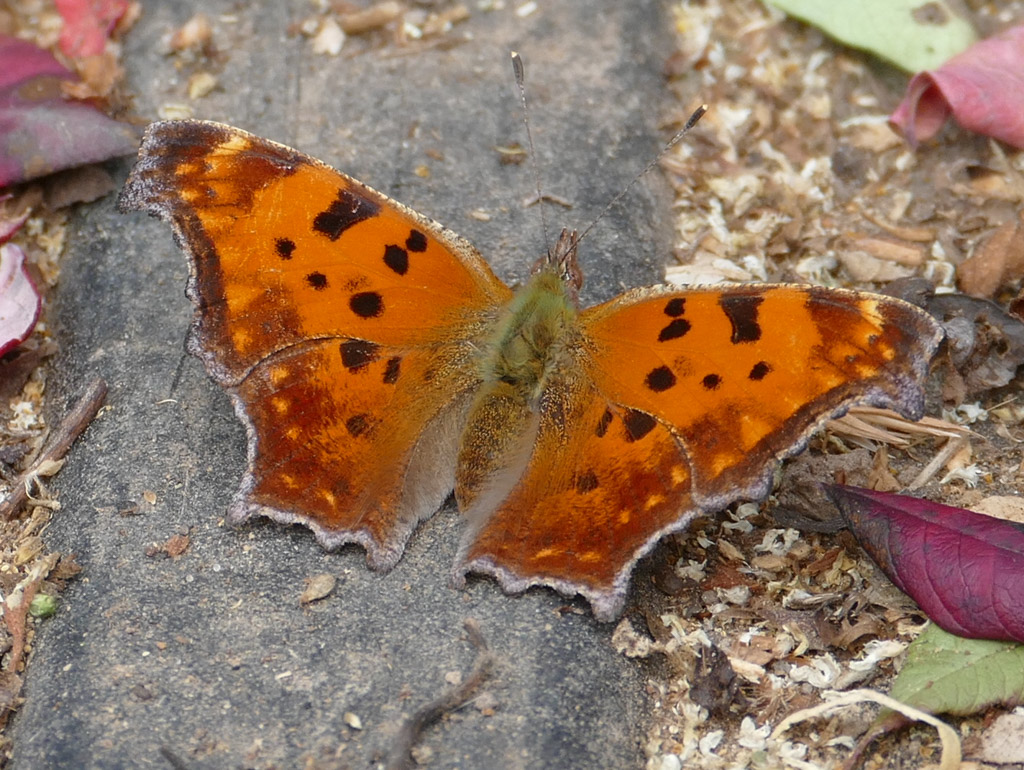 One of my fall projects has been to clear out some of the brush that has taken over an area between one of our cleared savannas and a small prairie opening. 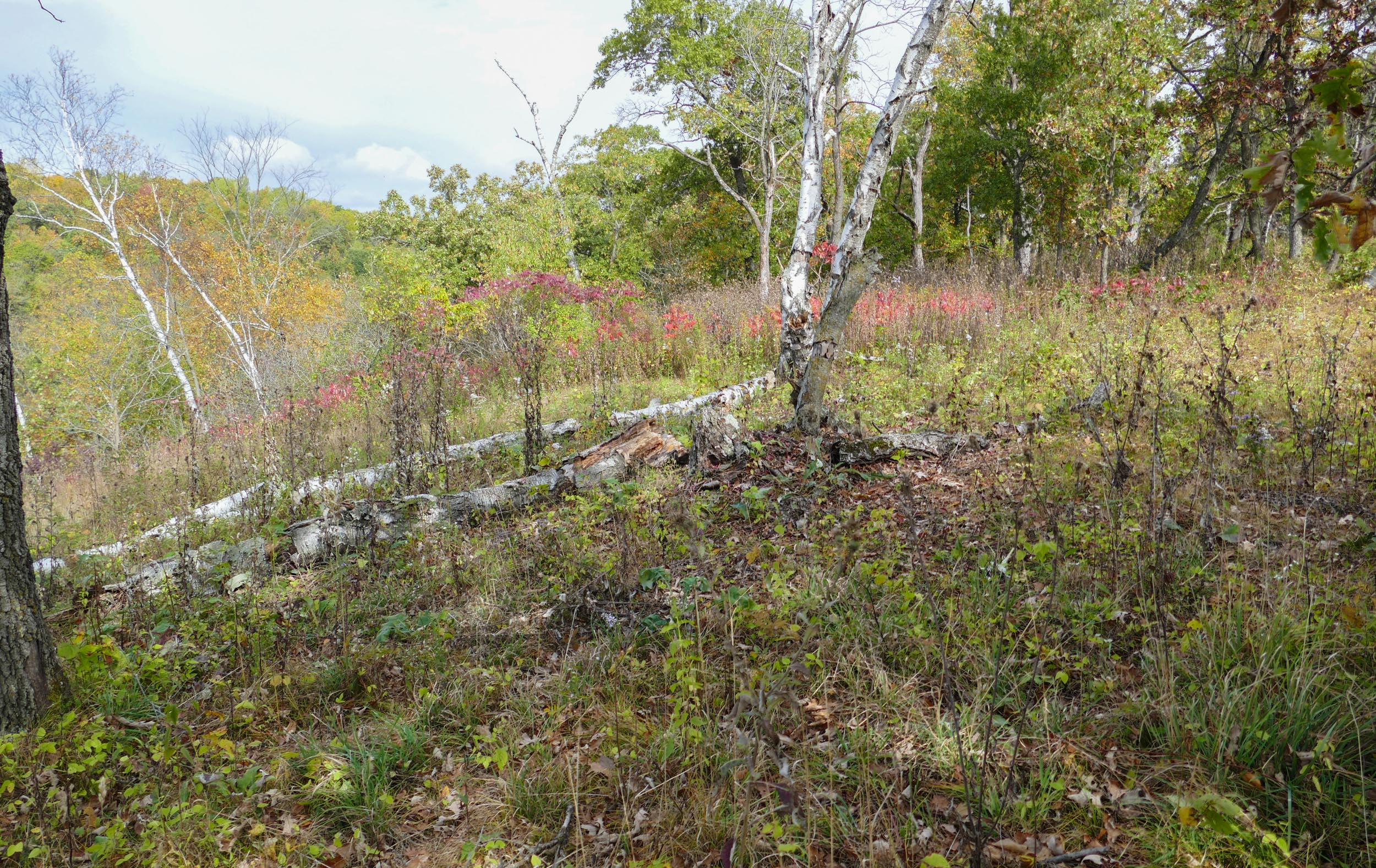 It’s painstaking work – on my knees, examining every plant and deciding which should go and which should stay.  But one of the great rewards is seeing things I would otherwise miss.  A few days ago I found an October Lady’s Tresses – a rare orchid that I’d only found once before.  It was at least 1/2 mile from the one I found last year, and on a different prairie point. 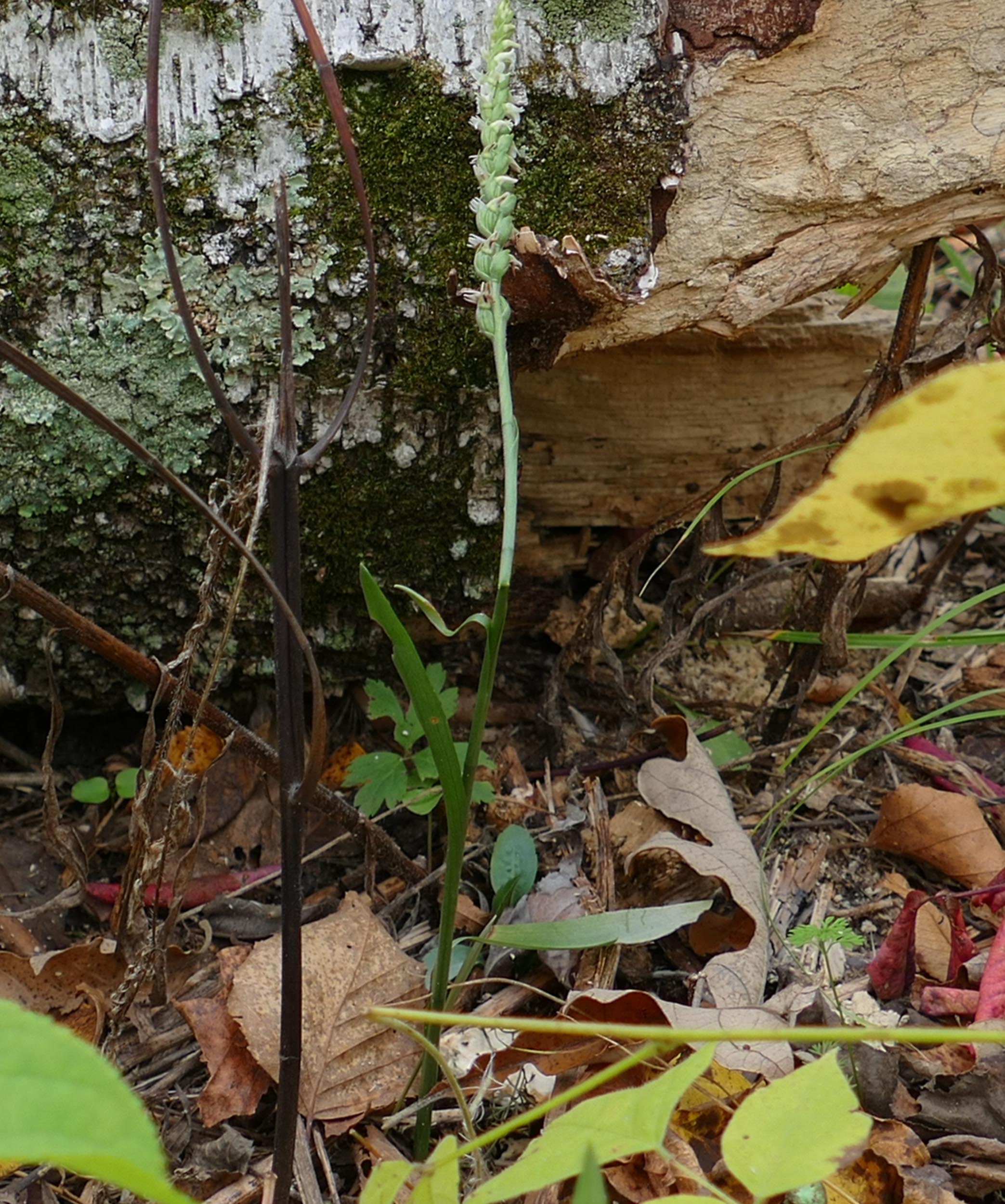 And the next day I found 5 more! 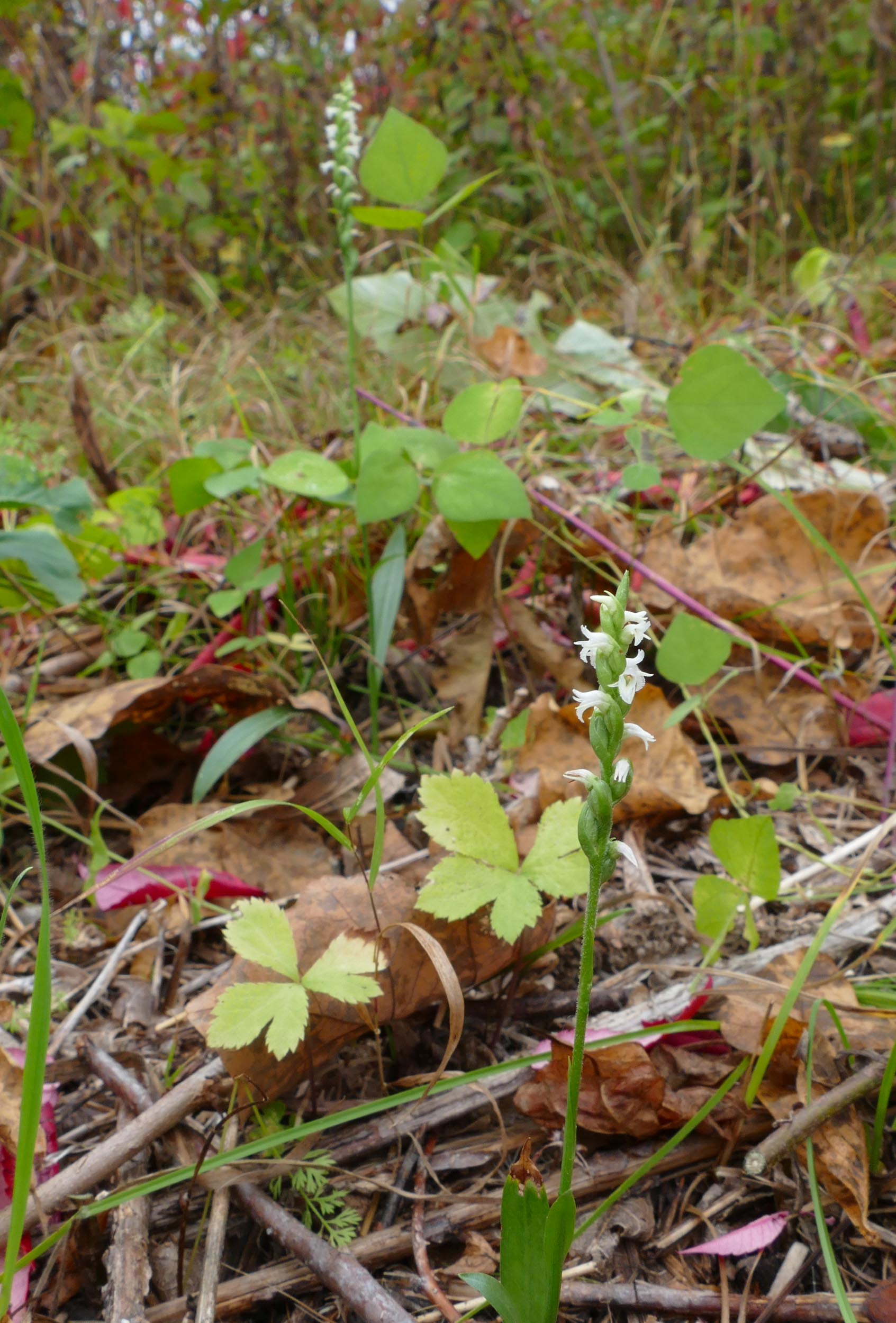 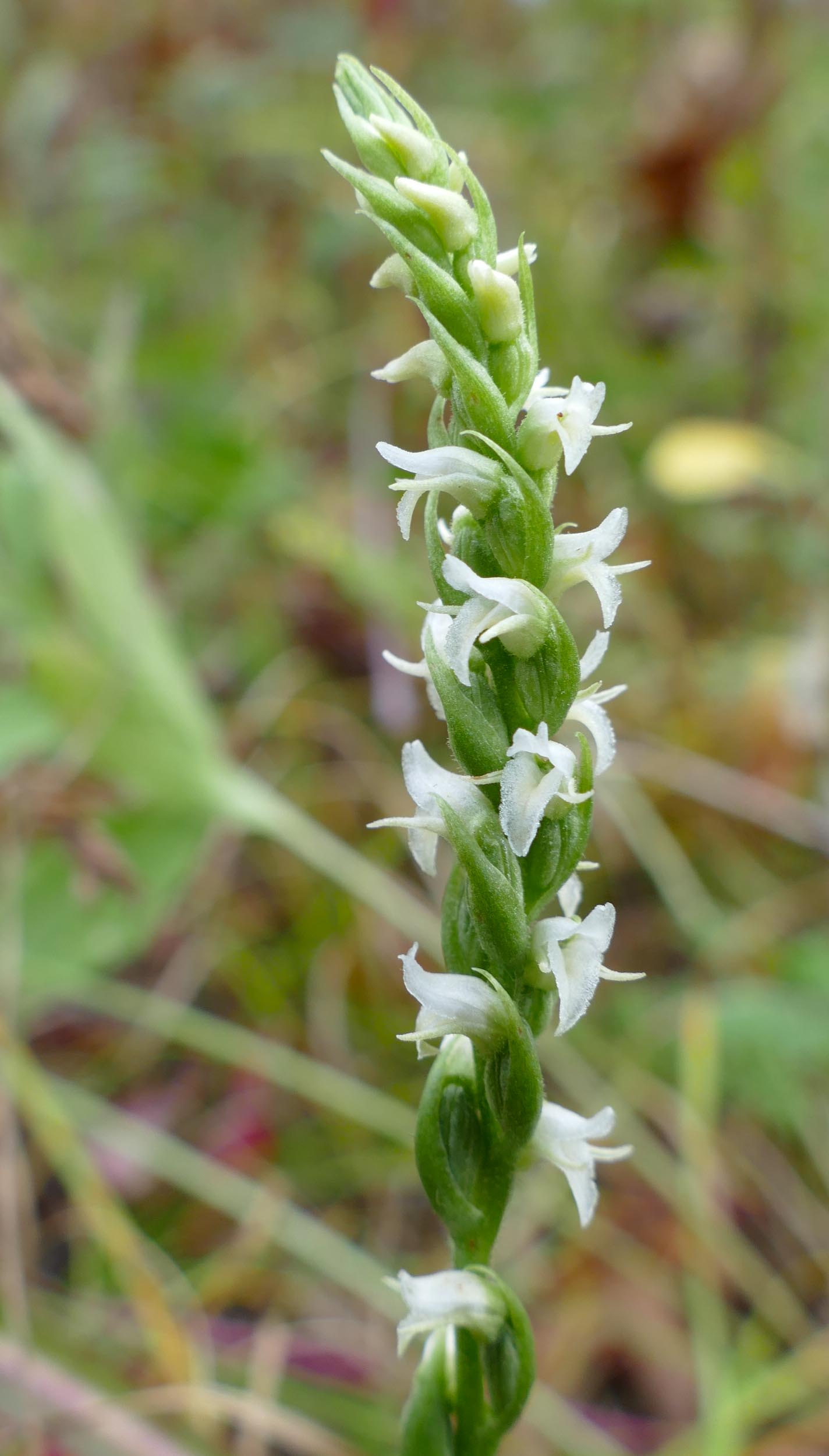 A Common Buckeye is not actually a very common butterfly here.  It doesn’t overwinter this far north – it flies up from the south during the summer. 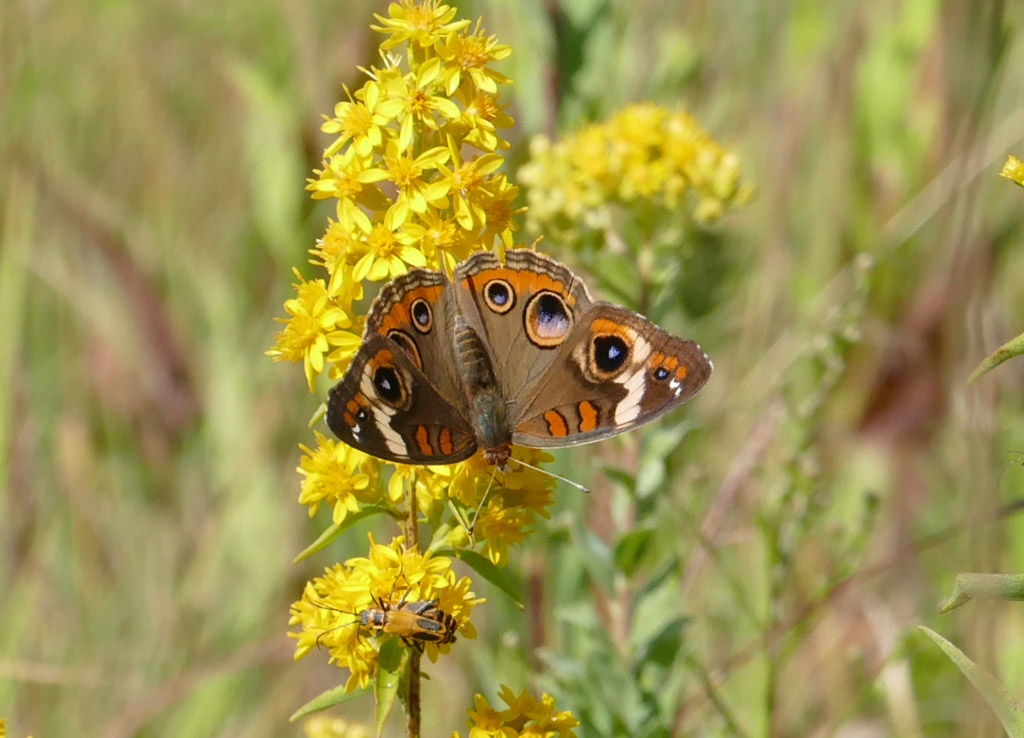 There’s a small population of these Northern Flower Moths that lives on one of our steep bluff prairies.  I only found this one individual this year – resting on a Silky Aster flower. 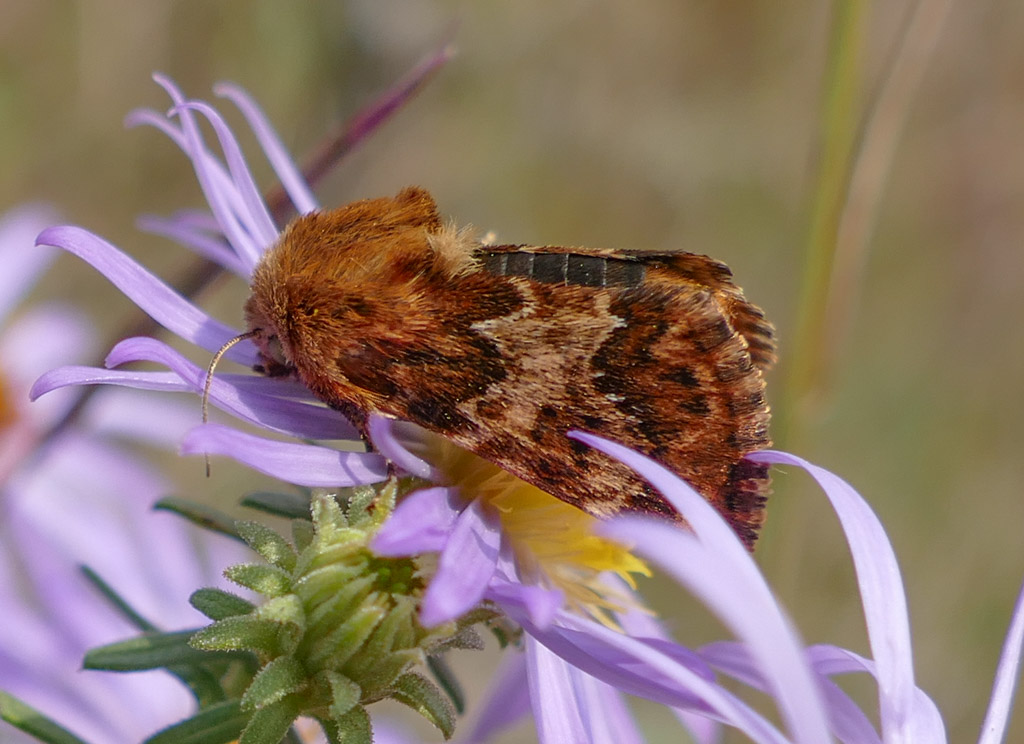 This is a Lunate Zale – a large moth that was attracted to moth bait I painted onto trees behind our house. 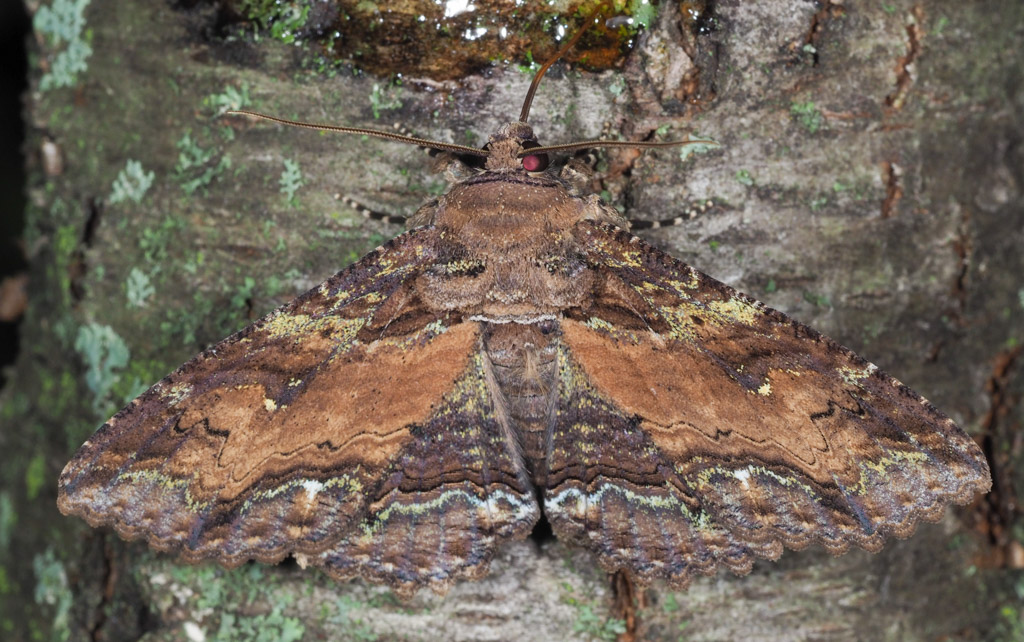 Bobcat – my favorite photo from the trail cameras this month. 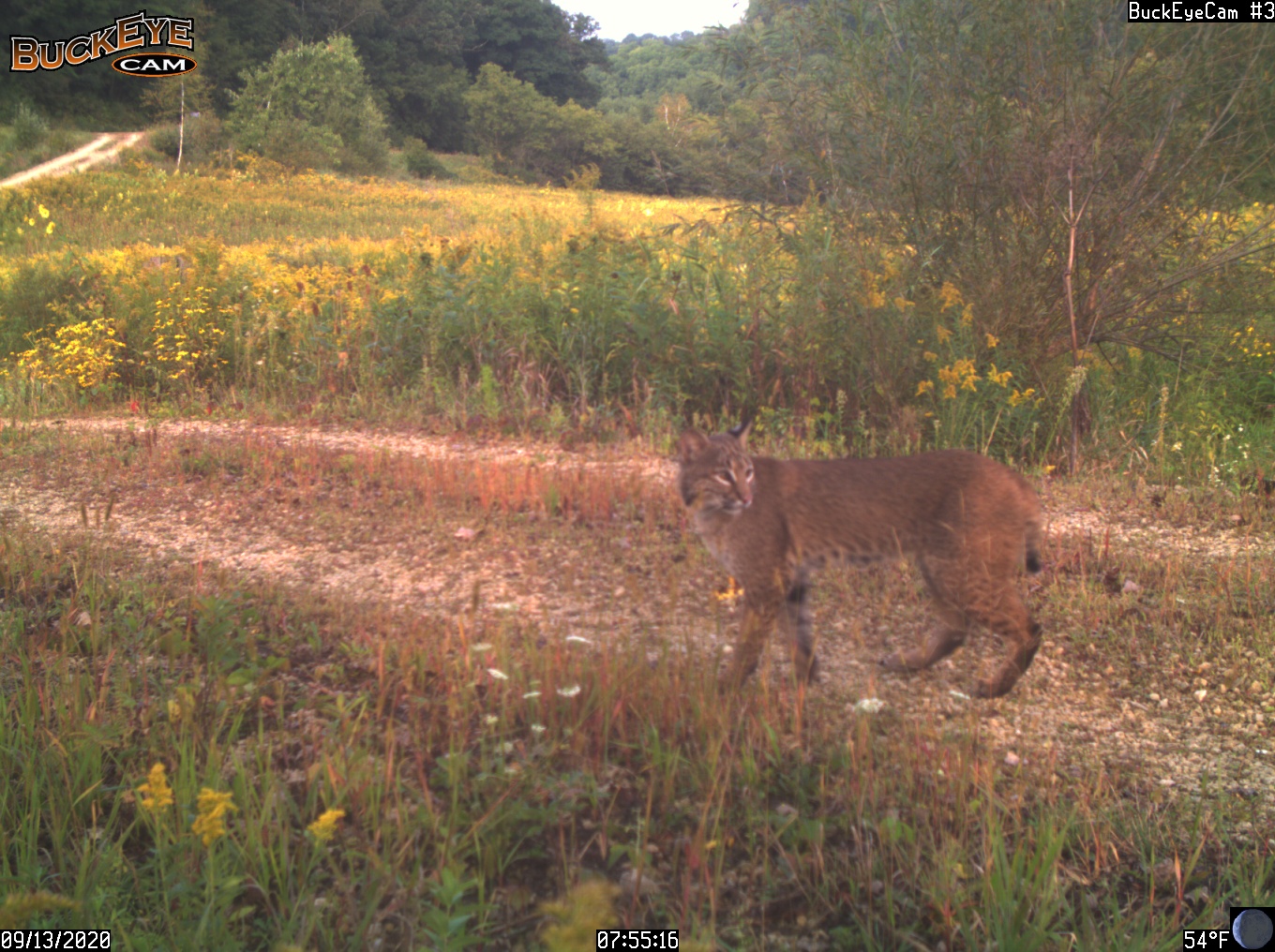 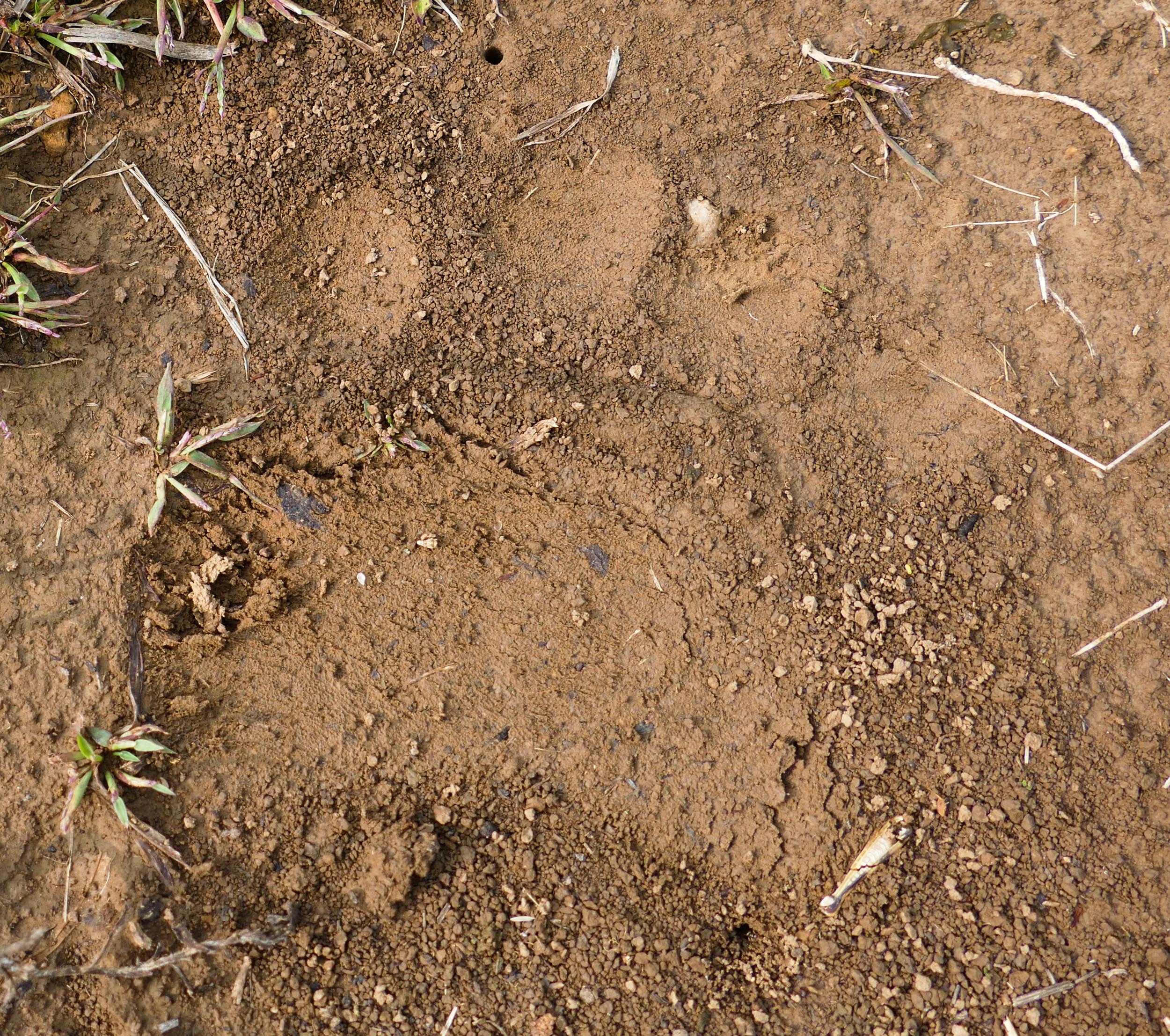 Sky-blue Asters – in one of our planted prairies 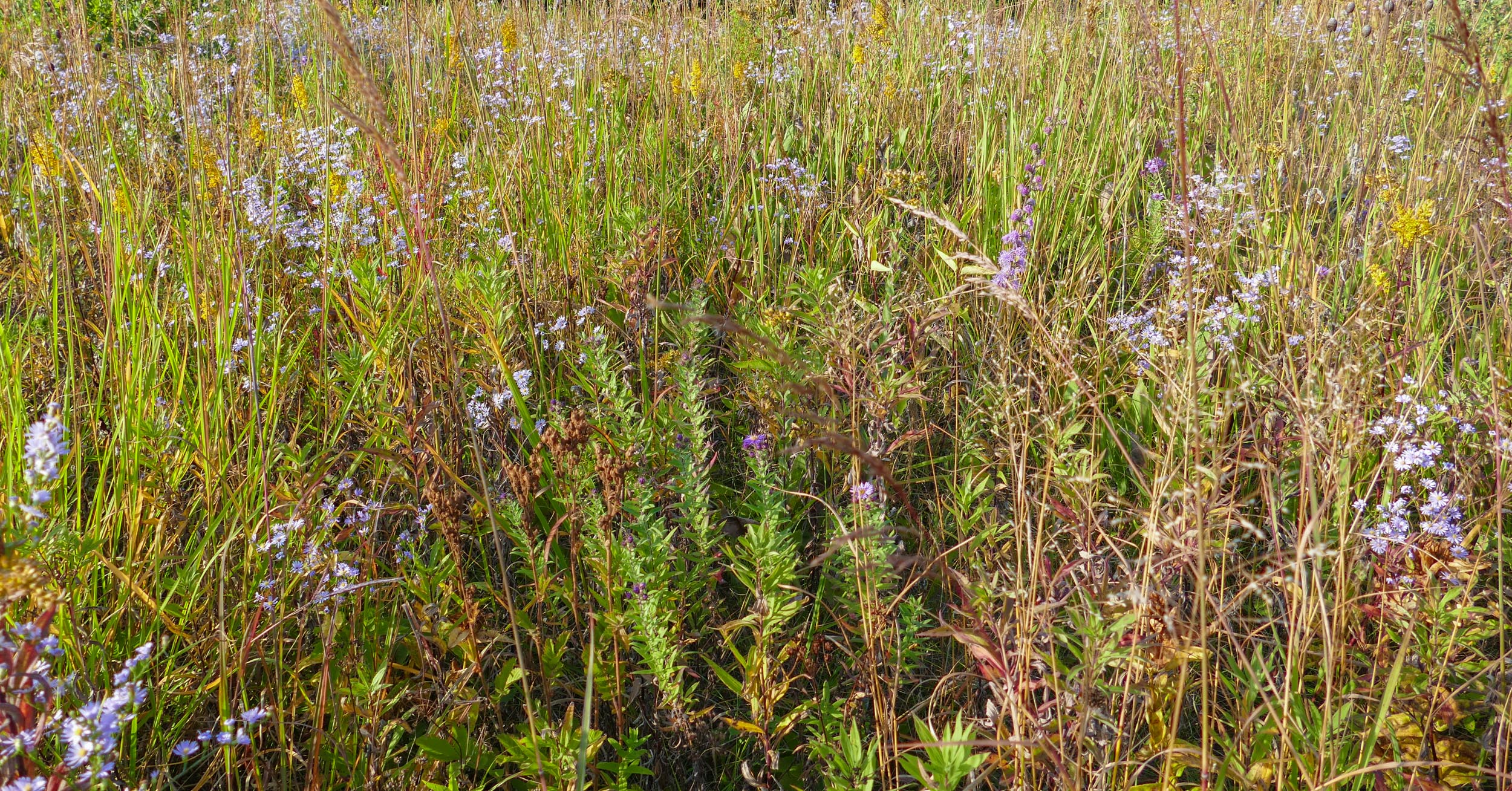 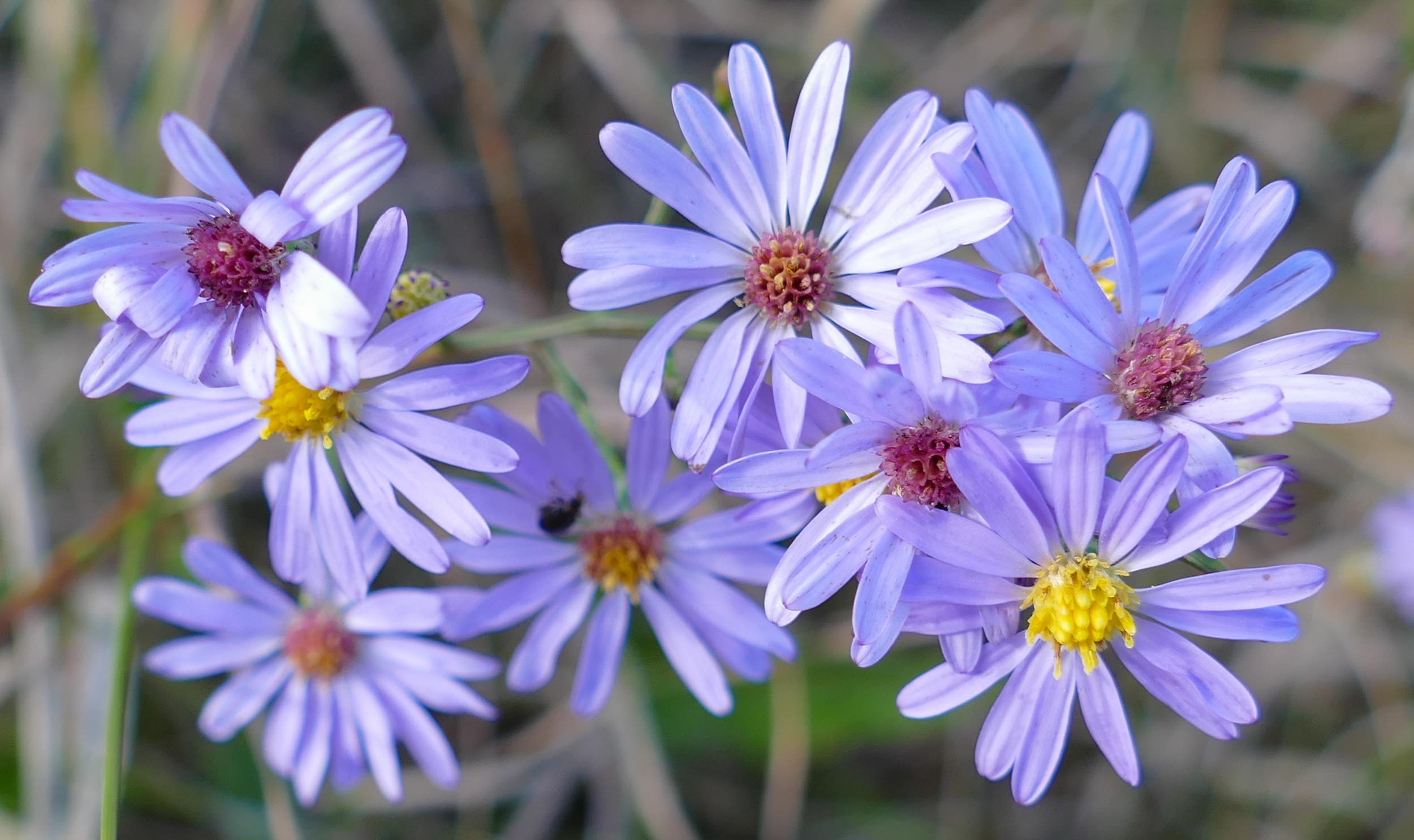 Stiff Goldenrod and Rough Blazing-star in the Knife Edge Prairie 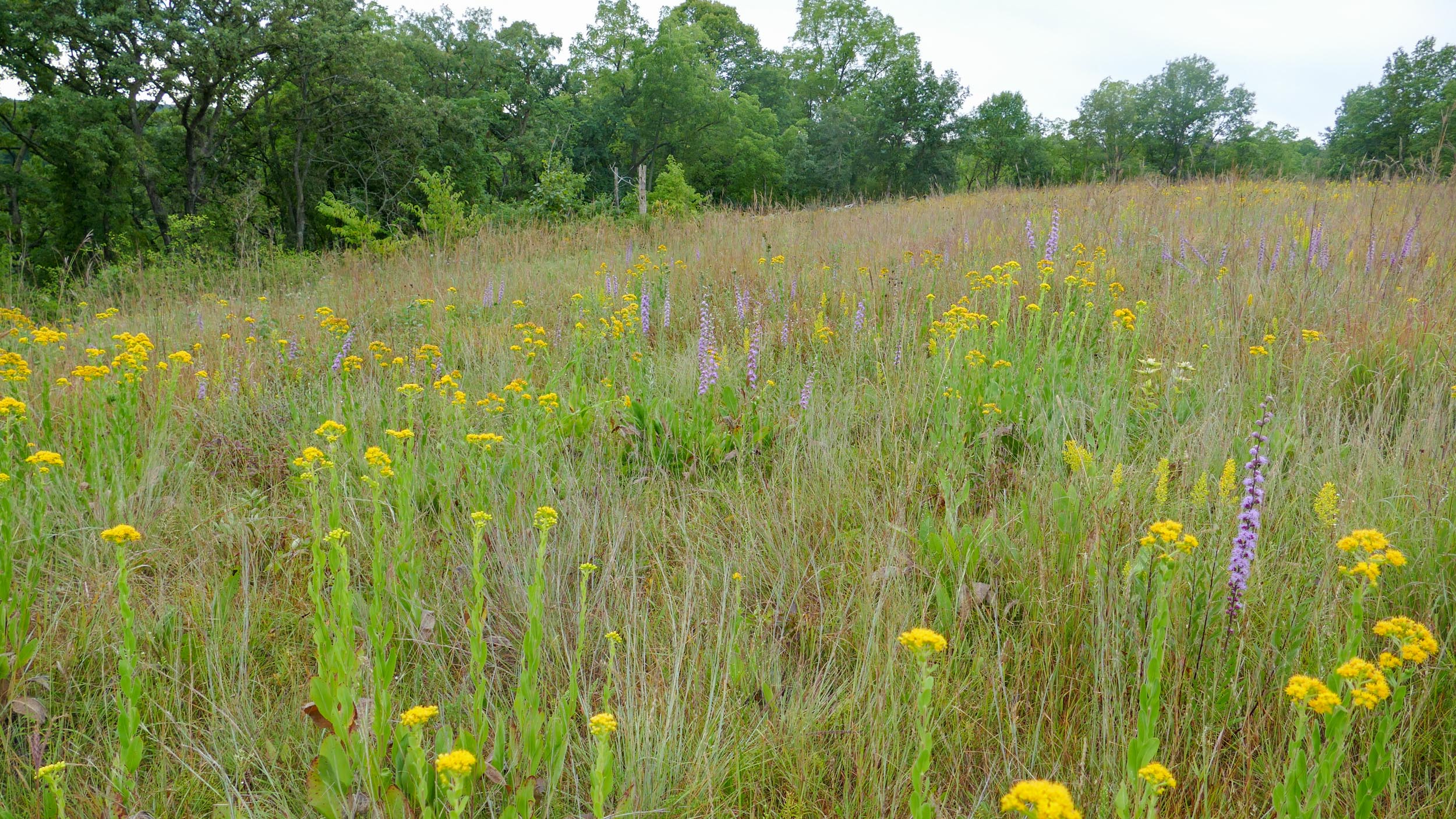 The yellow leaves are Indian Hemp (a kind of Dogbane) in Hidden Oaks Meadow. 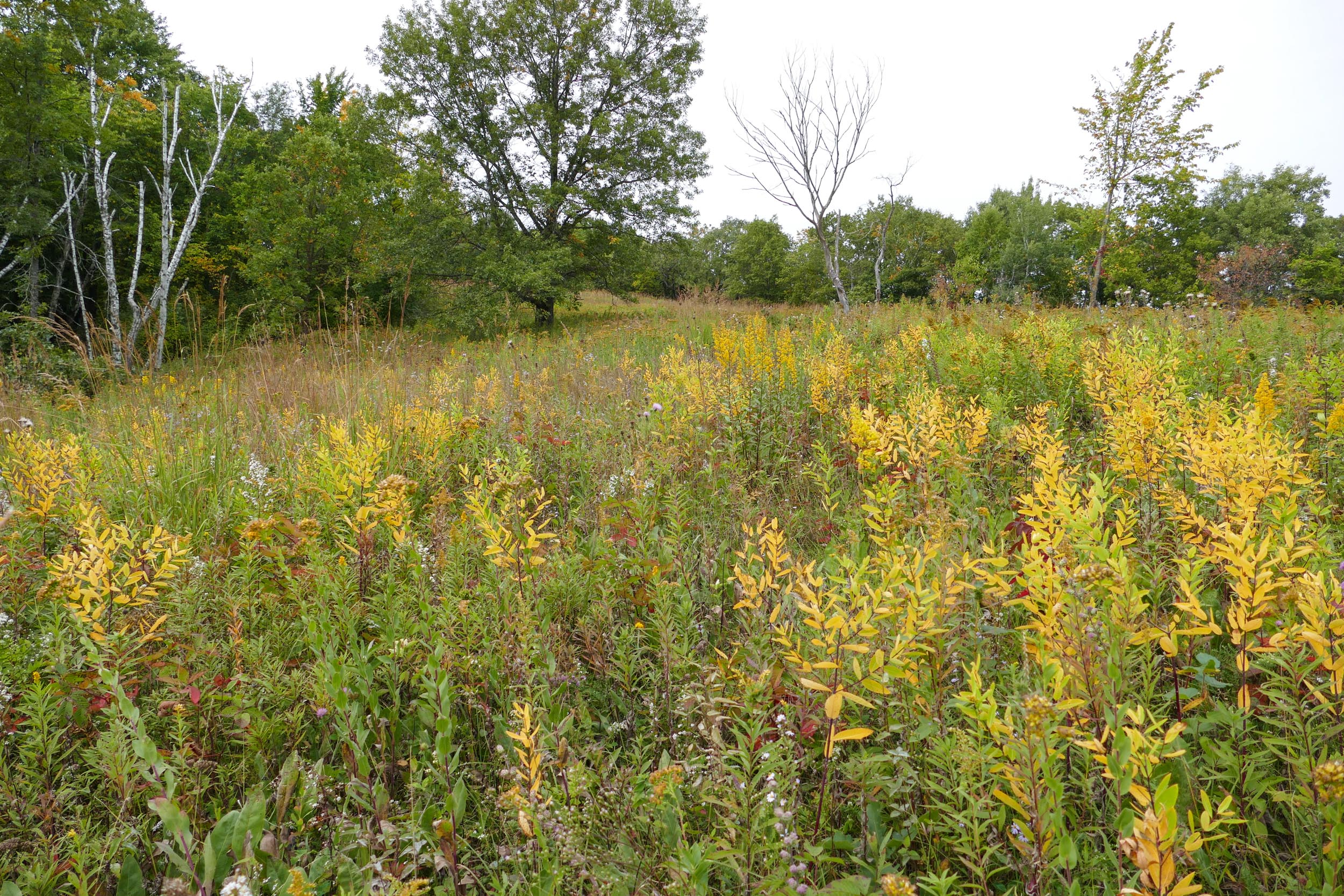 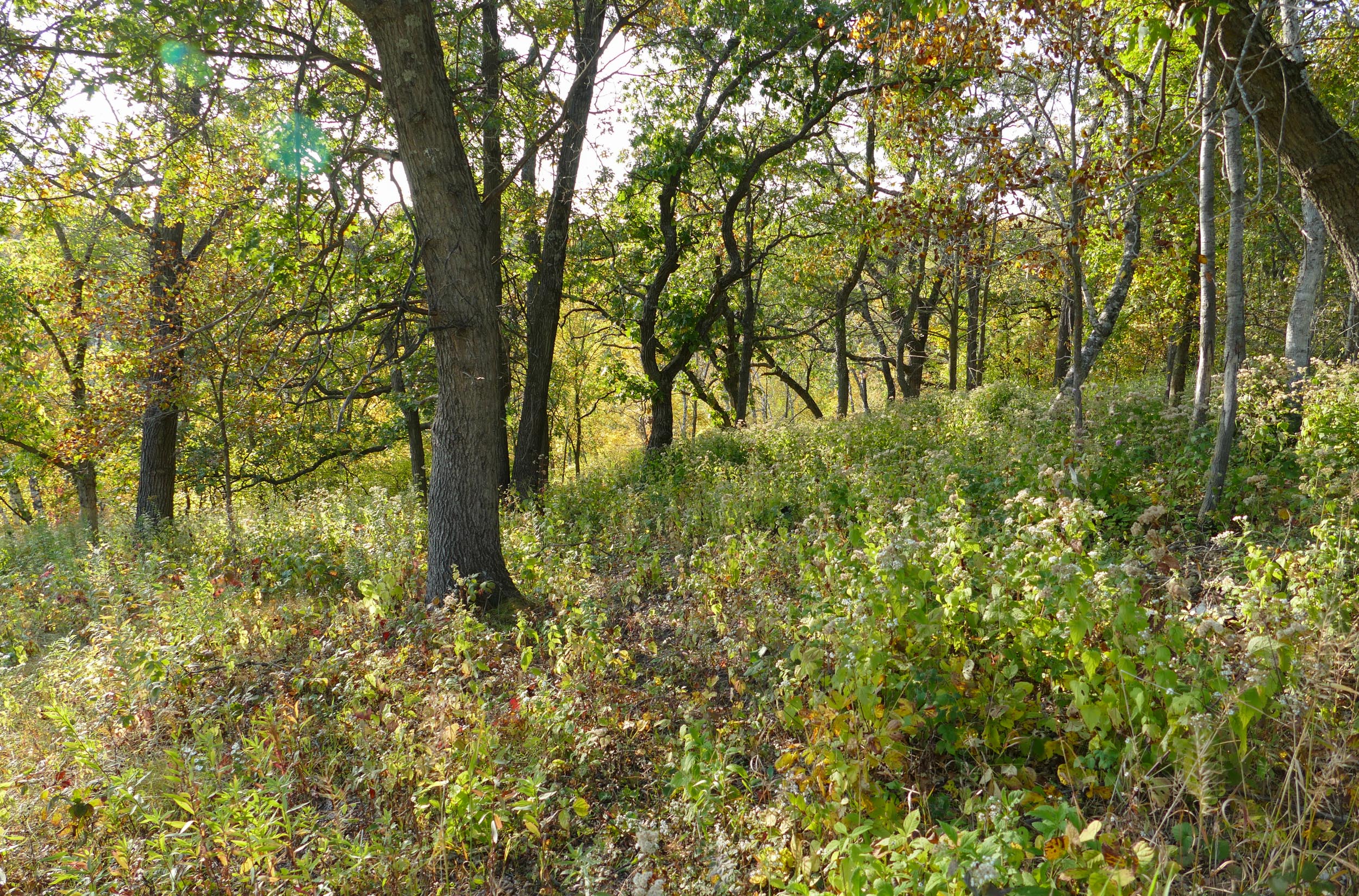 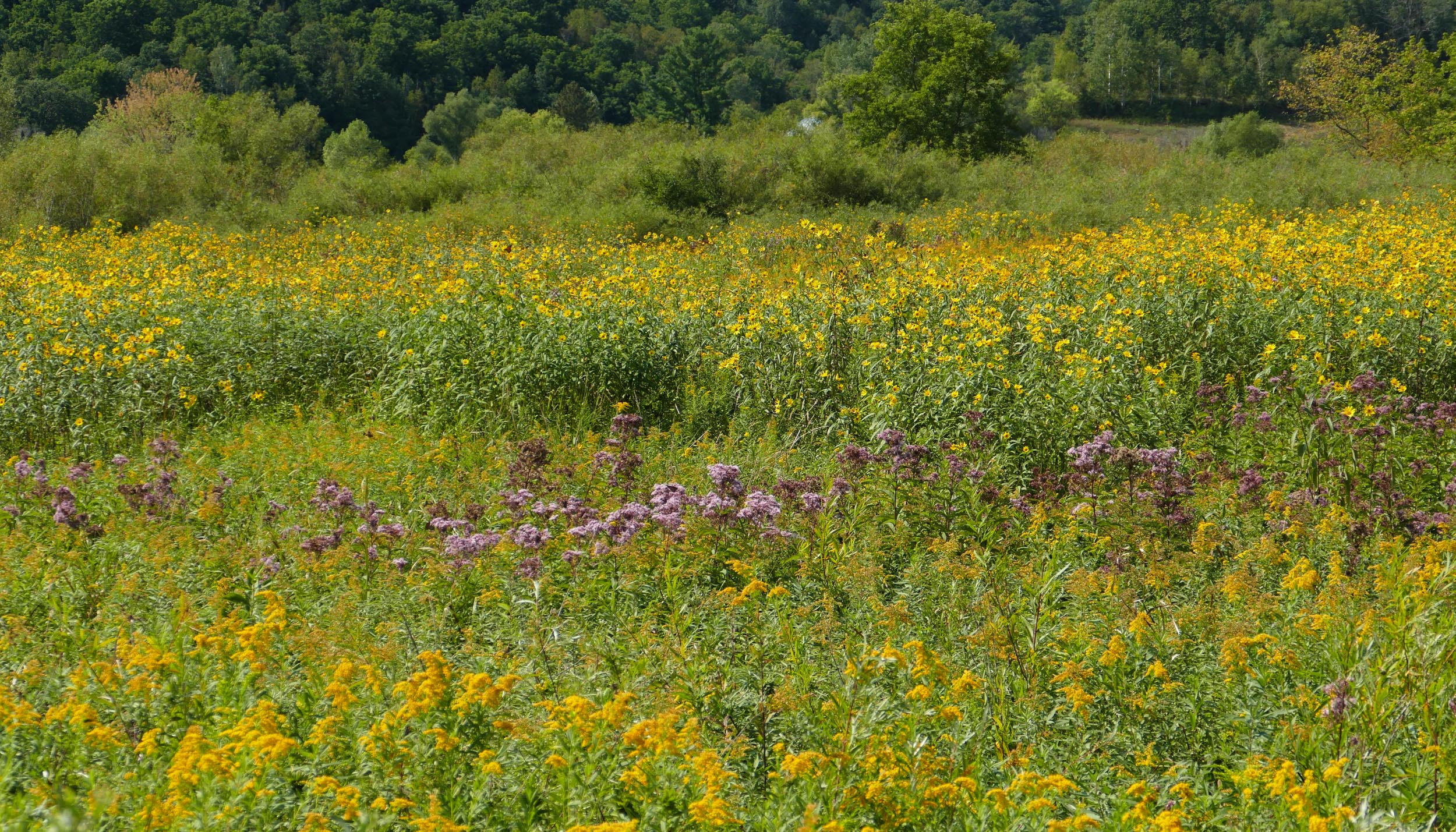 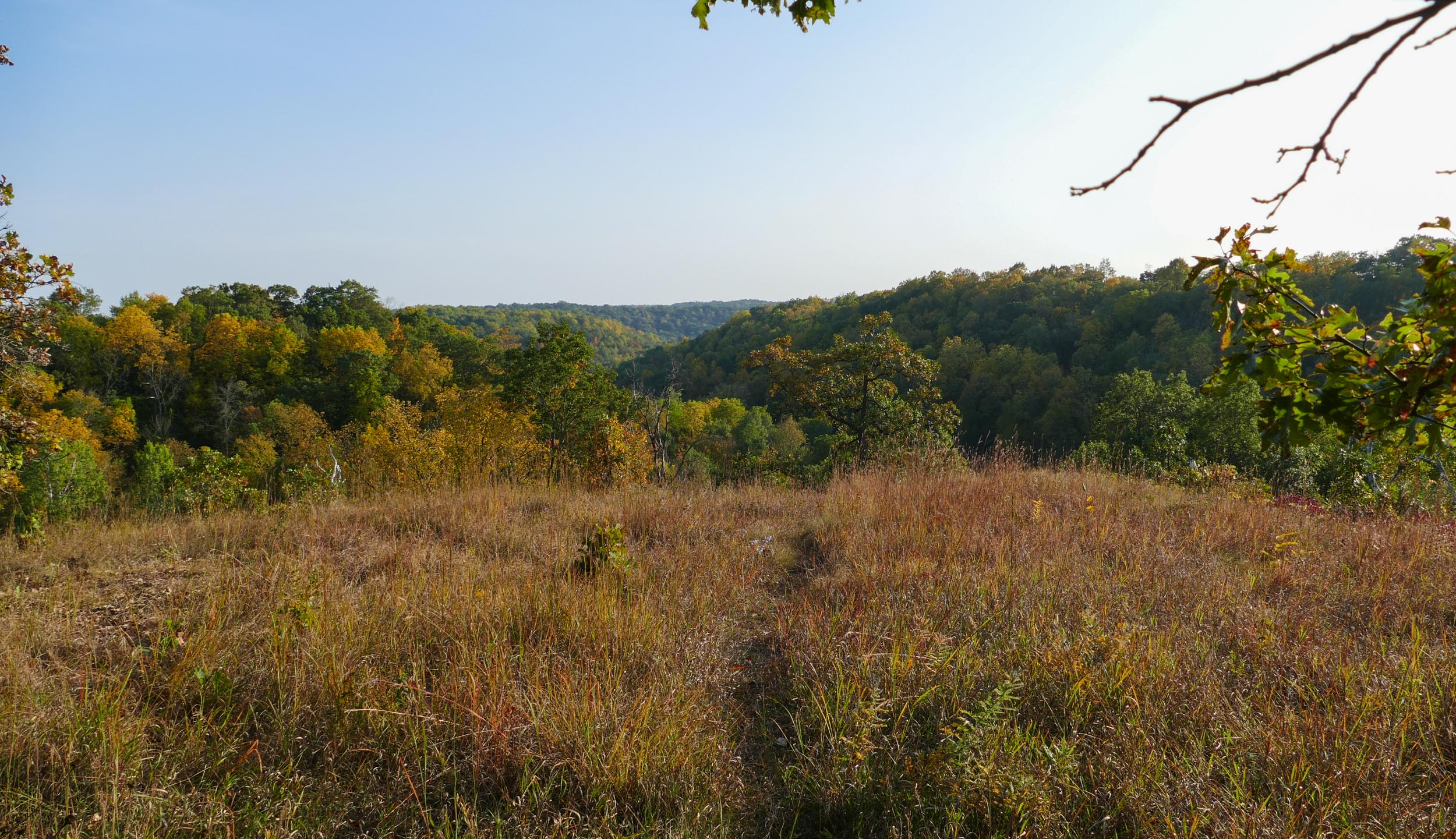 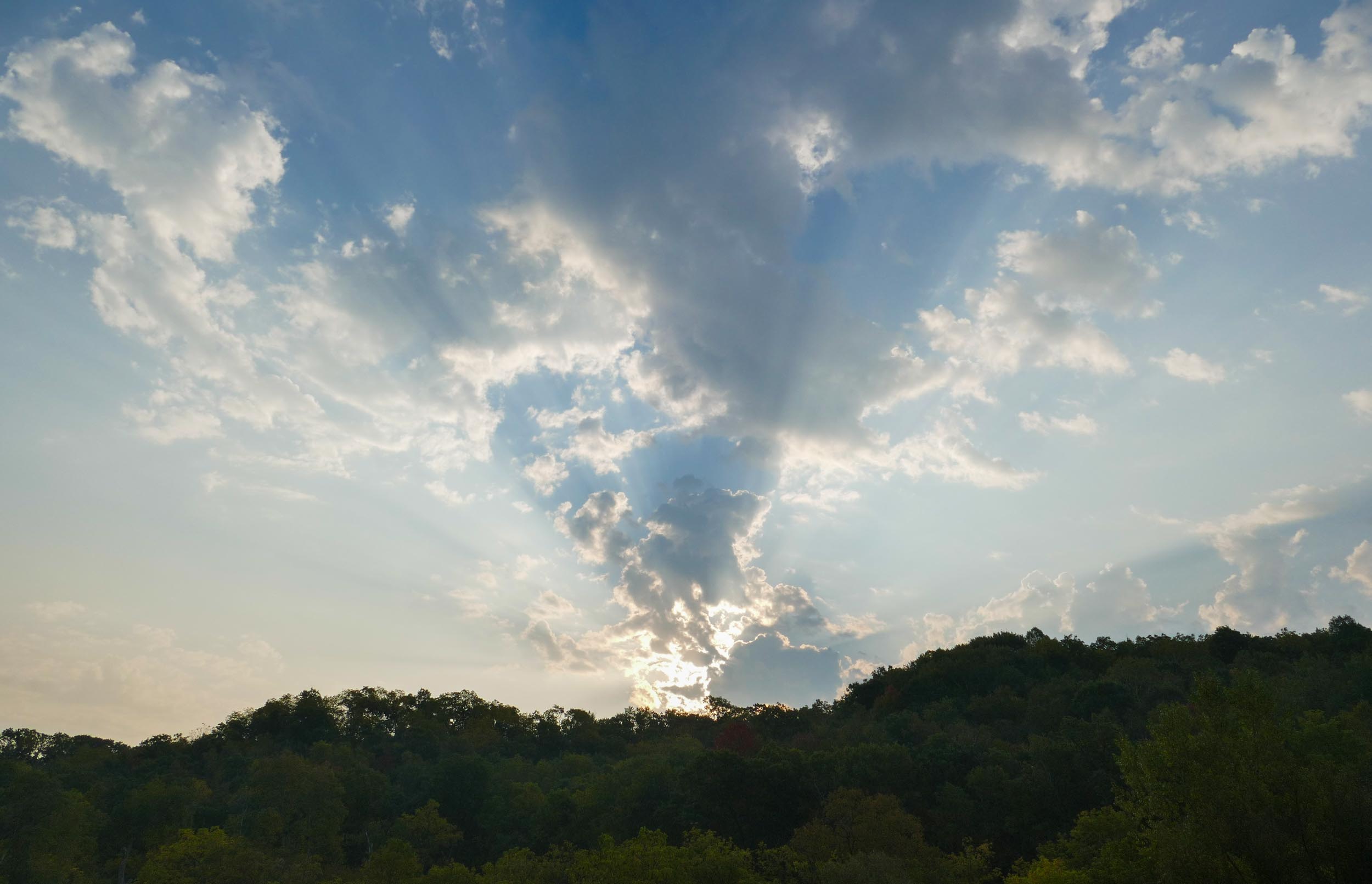