We started our trip with a visit to Richard in Ashland, Wisconsin.

We stayed in the city campground, which is right on the shore of Lake Superior, two blocks from Main Street and right next to the old (no longer used) Soo Line ore dock. It’s a huge structure that makes an imposing backdrop for the scene. 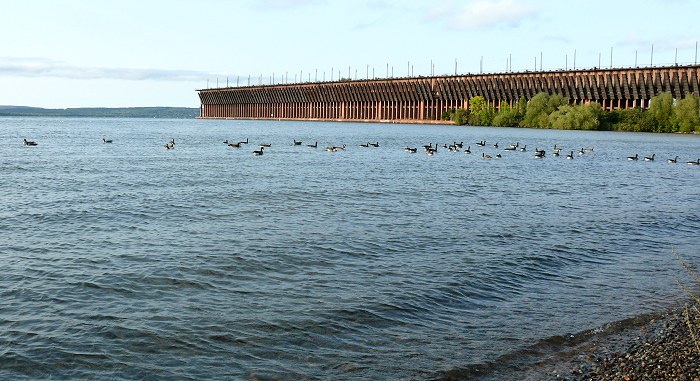 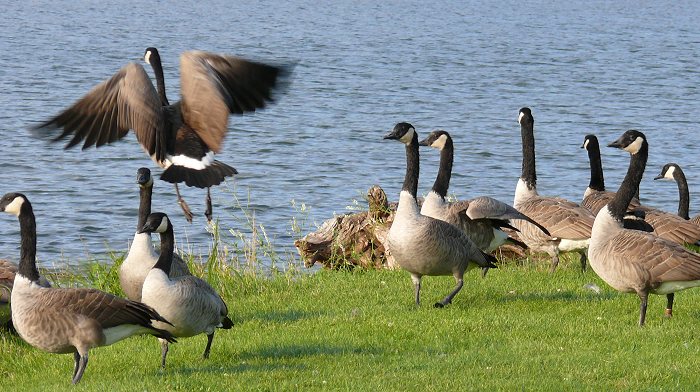 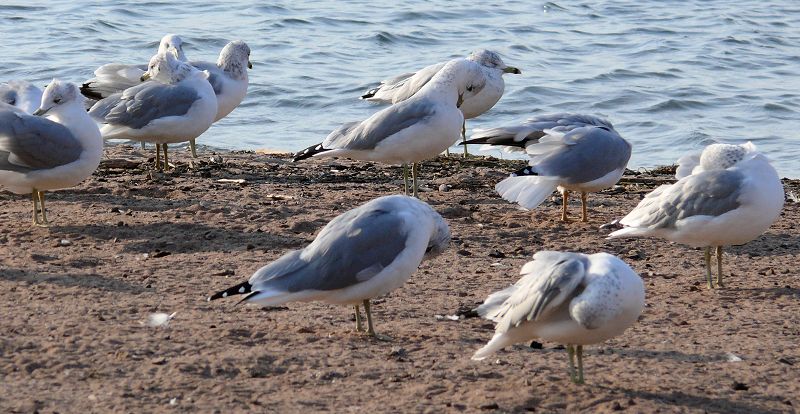 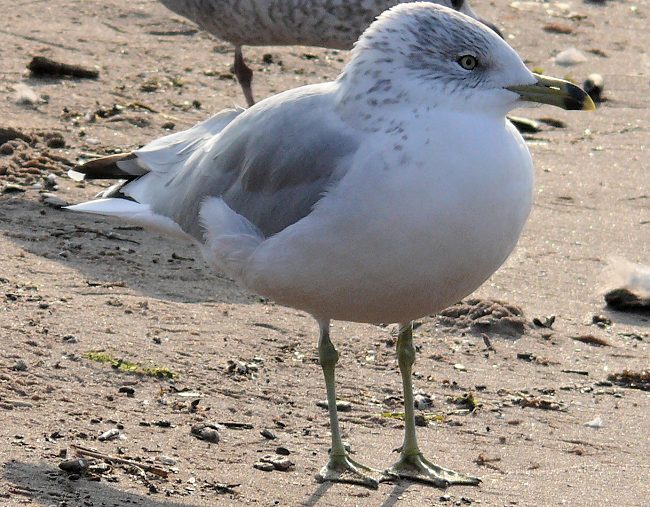 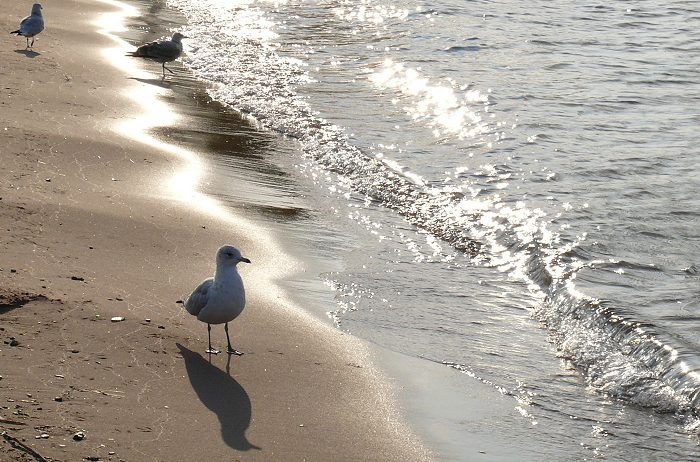 The next day we drove east, into the upper peninsula of Michigan. The landscape there is a lot like northern Wisconsin – bright colored maples, pine trees, and rocks.

We stopped at Bay Furnace Campground, near Christmas, Michigan. The campground got its name because there used to be a town with an iron smelting furnace at the site. The town was destroyed by fire in 1877, and only the ruin of the furnace is left. 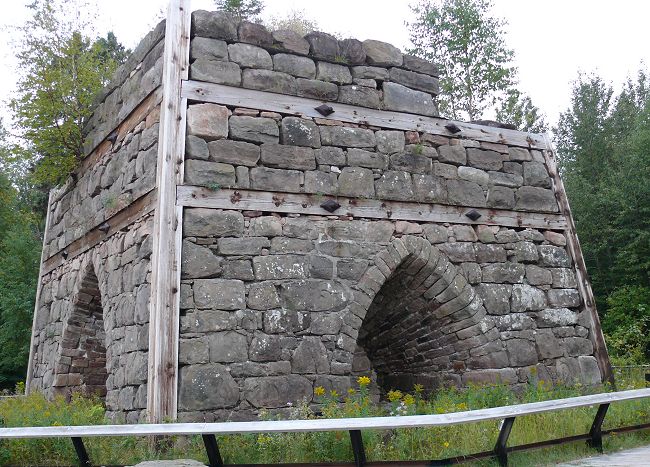 Some views of Lake Superior and the beach at the campground 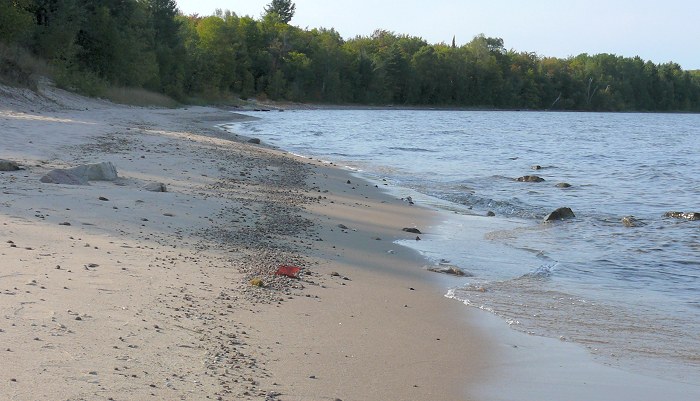 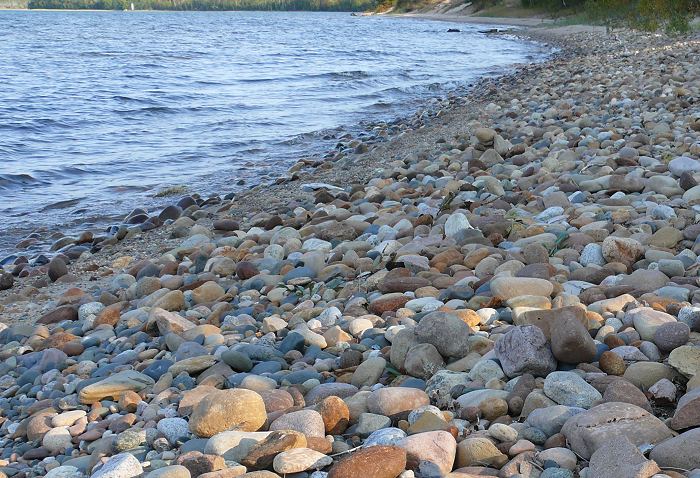 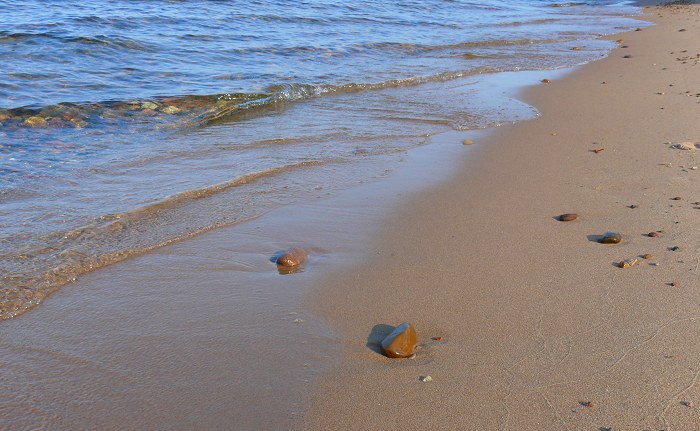 There were a few flowers still blooming, but it was windy for closeup pictures. This is Fireweed (Epilobium angustifolium) 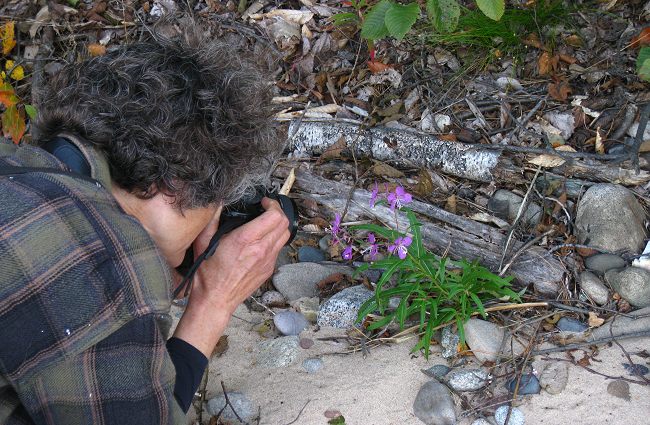 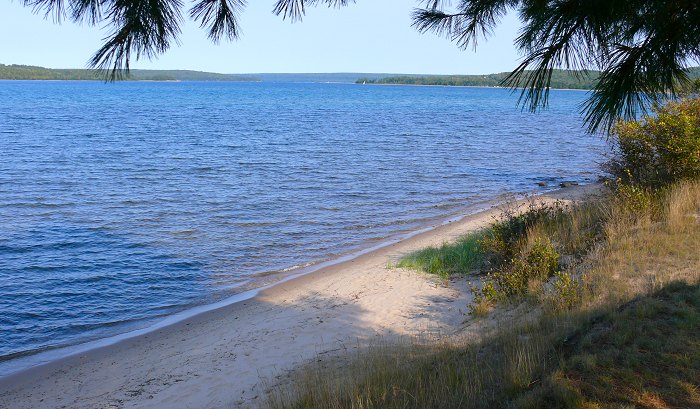 I found some small wandering tracks in the sand, and when I followed them, and dug in the sand at the end, I found this spider. 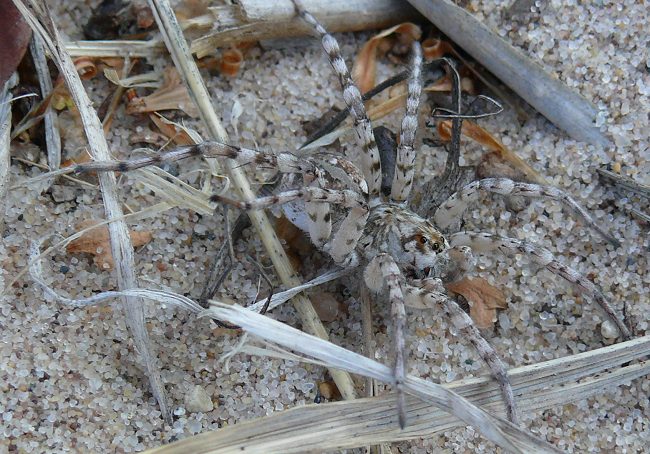 It’s a Beach Wolf Spider (Arctosa littoralis). It was large – about three inches in diameter including the legs – but very well camouflaged, and hidden in a pile of sand.

A small sandpiper that followed us down the beach 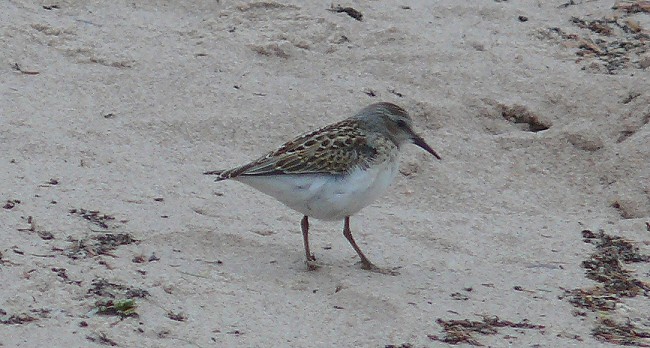 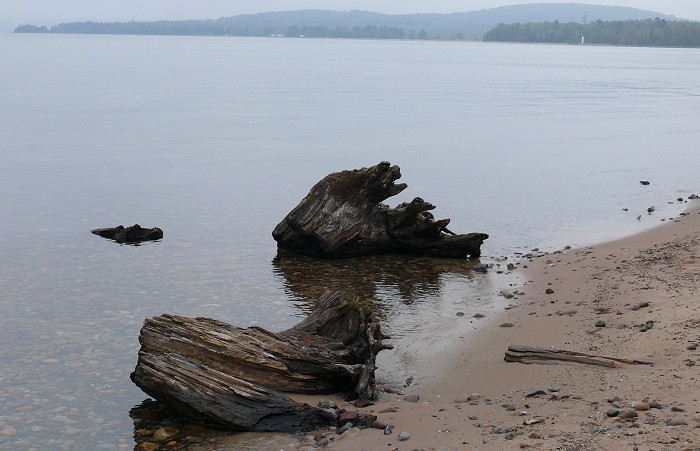 Morning mist over the lake 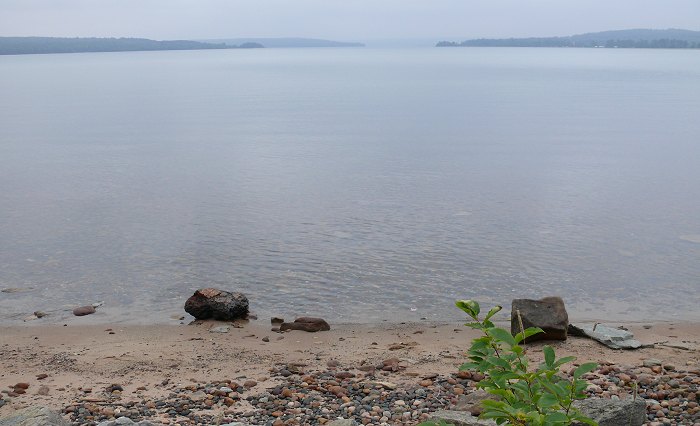 Next we drove into Canada, through Sault Ste. Marie. The two towns of Sault Ste Marie, one in Michigan, and one in Ontario, are along the two sides of the St. Marys River, which links Lake Superior and Lake Huron. “Sault” is an old French word for “waterfall” and refers to rapids in the St. Marys River.

We stopped that night at Chutes Provincial Park – “Chutes” is a more modern French word for “waterfall”. It has two rivers that meet in the park, with numerous falls and rapids. 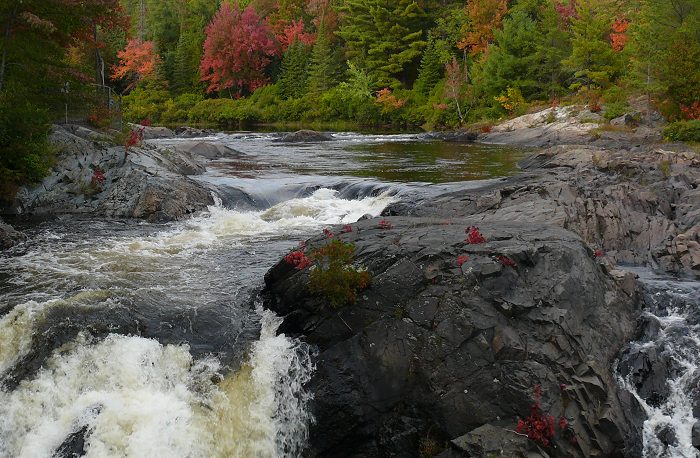 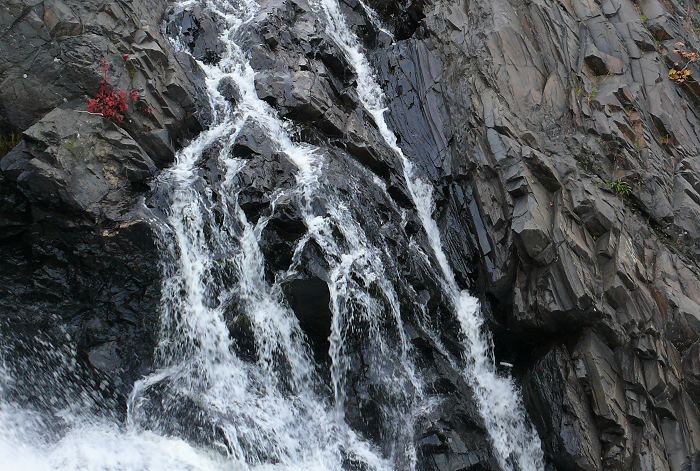 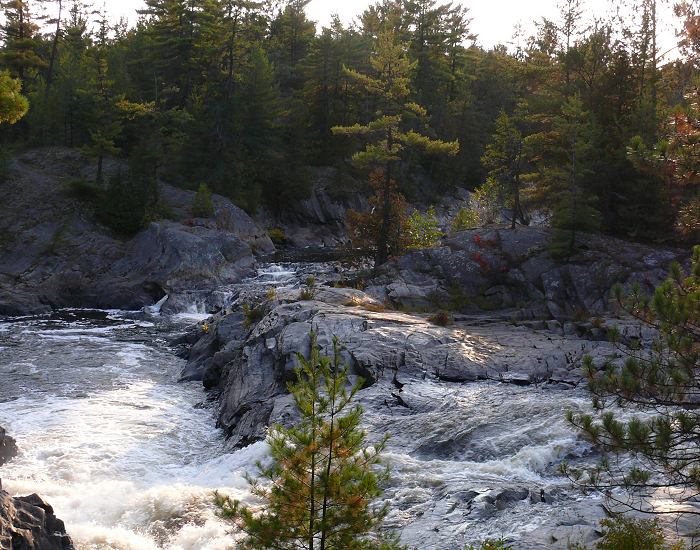 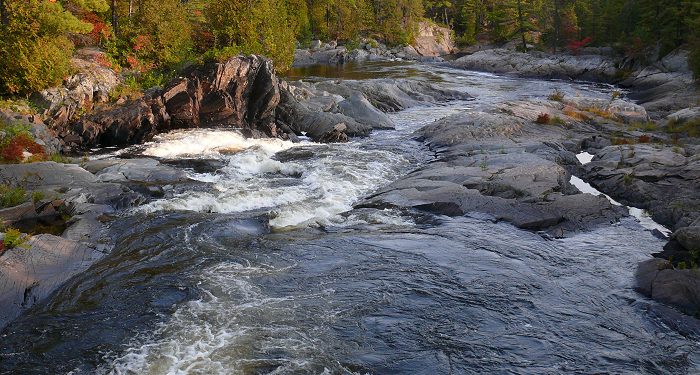 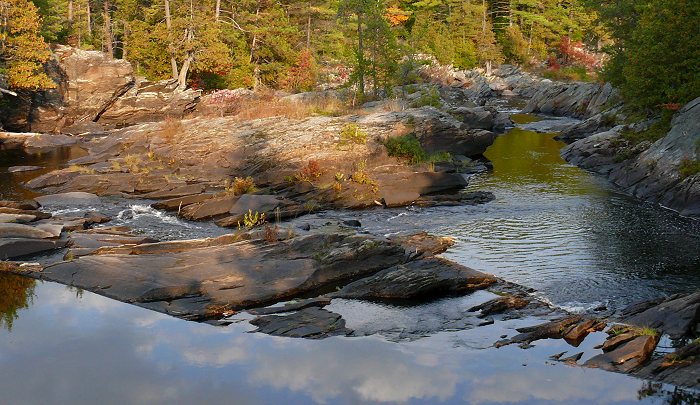 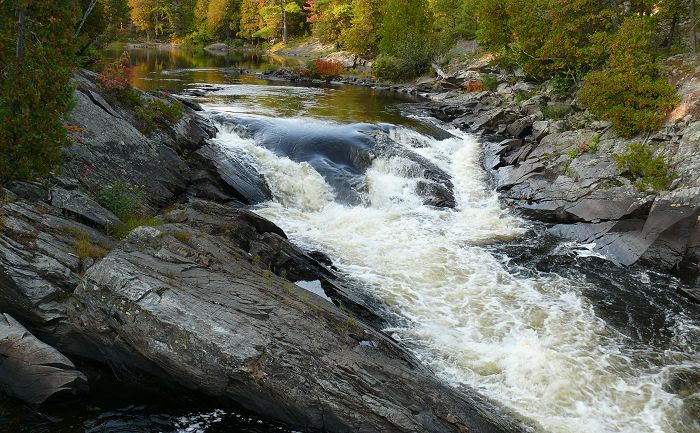 Some of the fall color along the rivers 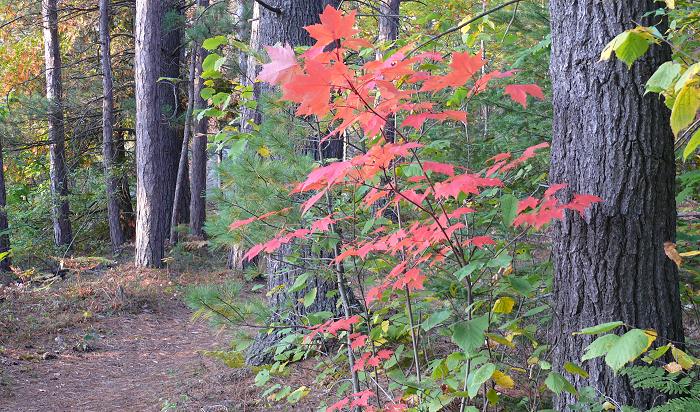 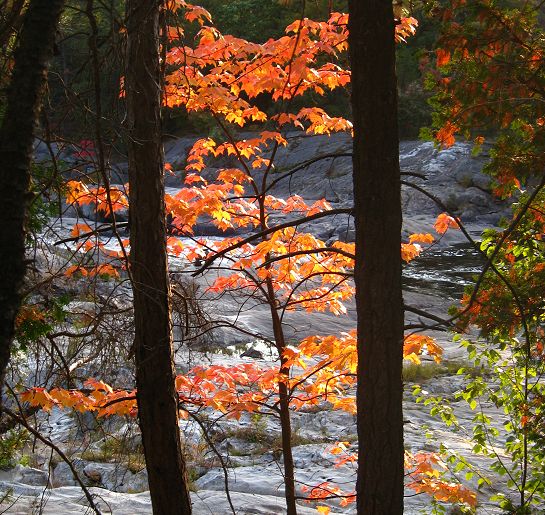 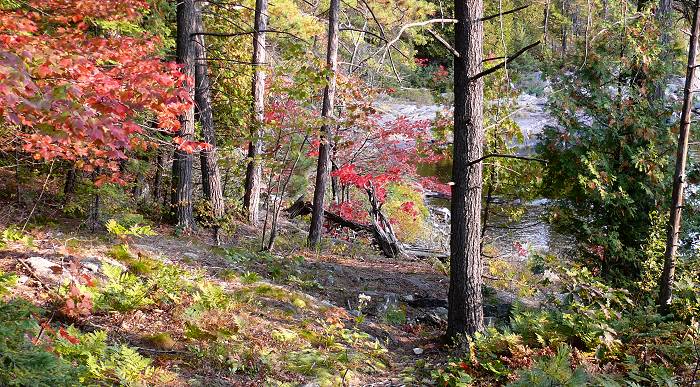 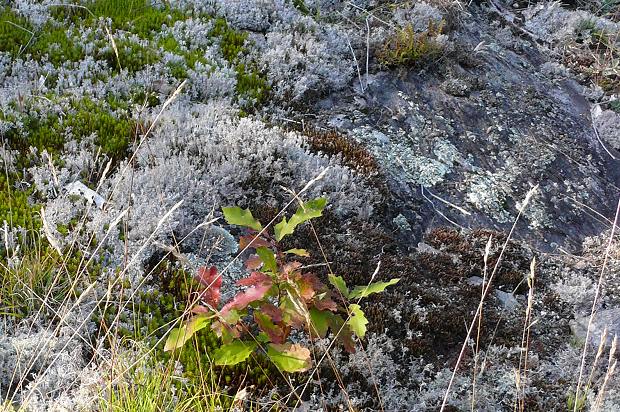 Patterns in the water near the falls. 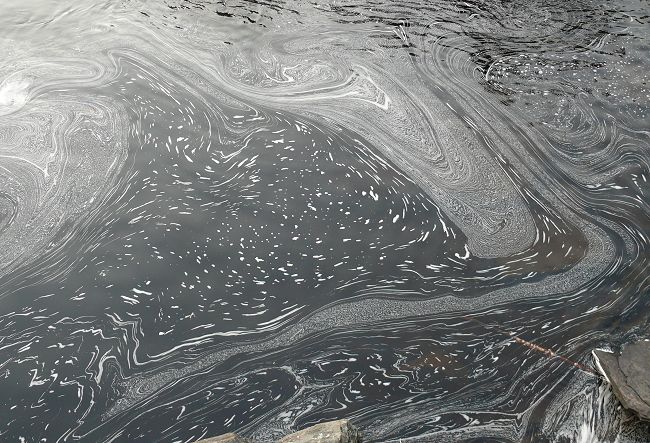