Maybe because it’s been such a cold and snowy winter, we’ve been having lots of visitors to our bird feeders recently. And more interesting visitors than usual to the area under the feeders. This week we had a new one – a Gray Fox.

We had once seen a Gray Fox that had been hit by a car, but otherwise we’d never seen one around here before. Then, about two days ago, this one showed up under the peanut feeder. 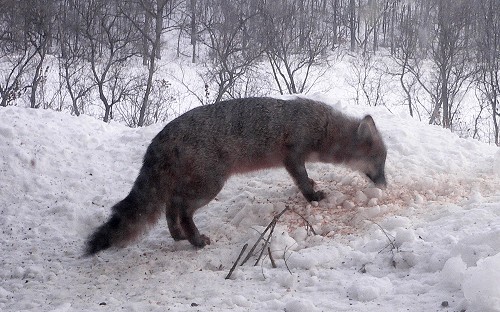 Yesterday I threw out an extra handful of peanuts on the ground hoping it would come back. It came again at almost exactly the same time – 5:30pm. It’s easy to see from our basement windows, but hard to take good photos in the fading light through snow splattered glass. 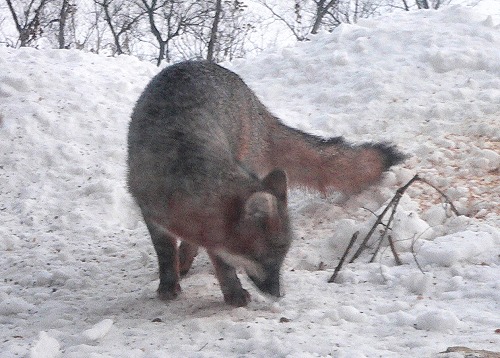 Mike took a short video of it.

We’ve also been seeing an Opossum. 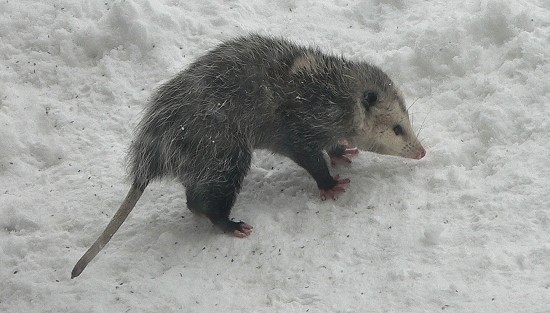 And lots of Fox Squirrels. This one was debating with a Gray Squirrel about who was going to get those peanuts. 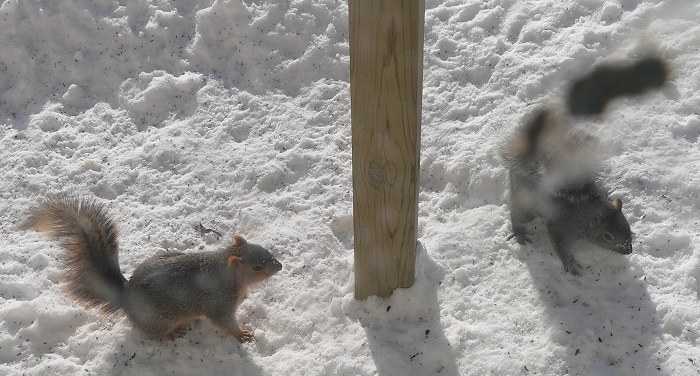 A Northern Shrike has been around the house for the last few days, and it’s been singing. I’ve only heard a Shrike sing once before. They’re in their winter territory here – not breeding territory – so some people have suggested that they sing to lure small songbirds closer so they can catch them. I found one study that suggests that small birds are attracted by their song.

This one sat in the tree outside my window and sang for about 10 minutes. It chased a few birds, but didn’t catch any. Then it started fluttering its wings and chirping as if it was a baby begging for food. I wonder if this is another way of attracting prey. The chickadees got closer and closer to it, but it didn’t chase any while I was watching. 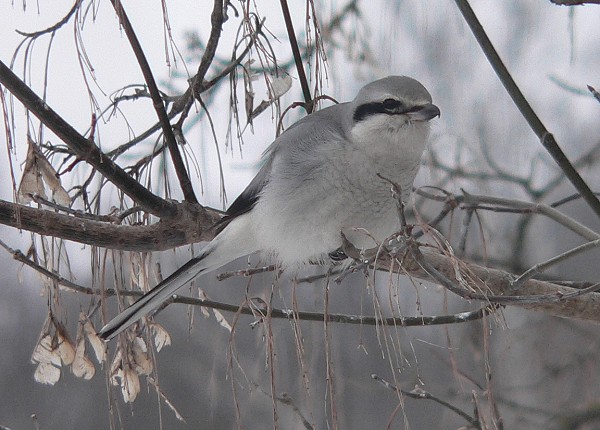 On my walks I’ve started finding green things peeking out from under the snow – it’s amazing how early plants start to poke up from the frozen ground. Here’s a rosette of Silky Aster. 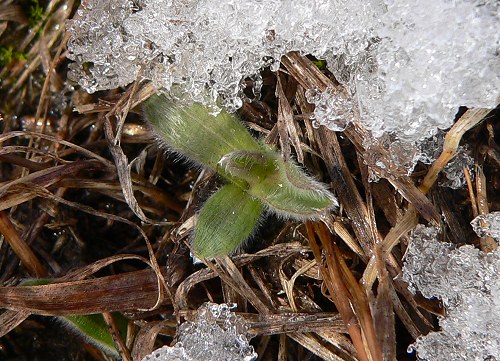 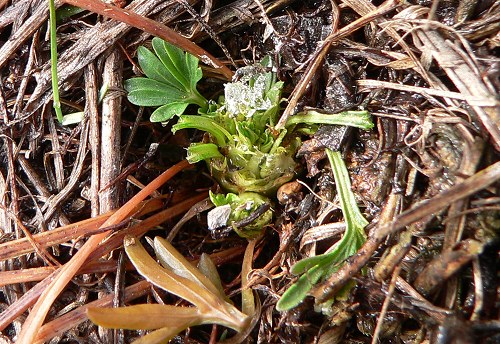 I found a few sunny places where the snow is starting to melt – that always makes me feel that spring is coming soon. 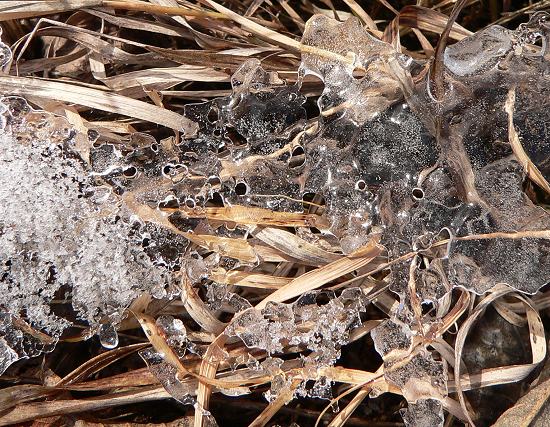 And the snow is almost gone on some of the south-facing prairie hillsides. 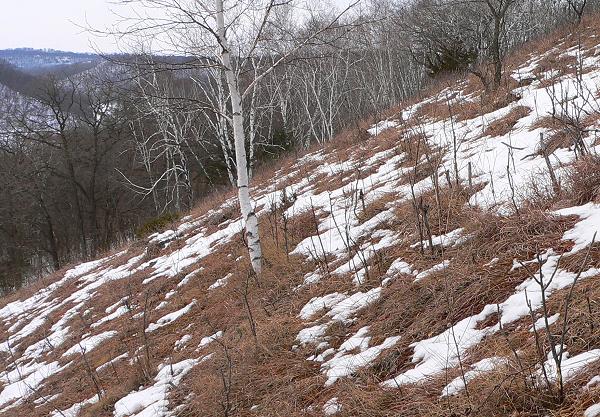 Spring is short in this part of the country – today it’s snowing hard.