A wonderful friend died suddenly this week – my mother-in-law, Pat O’Connor. She was greatly loved and we’ll really miss her. 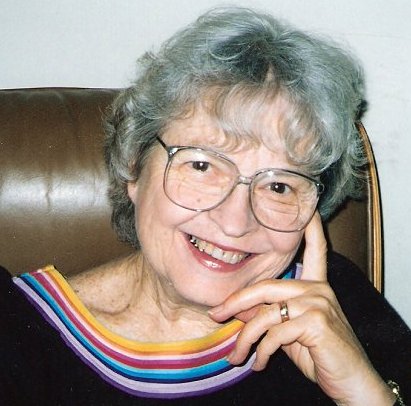 Mike and I have decided that we’d like to name one of our prairies after her. She was always interested in the kinds of things we were doing here, and understood our passion for this place.

The prairie we’ve chosen is one of the prairies we planted in the winter of 2000/2001. We’ve been calling it West Center Valley Prairie, but Pat’s Prairie sounds much better. It’s our oldest, most successful prairie. Our plan is to build a small observation platform – with a roof for shade – where people can sit and enjoy the views and the wildlife.

Pat’s Prairie began as a field of soybeans in the summer of 2000. 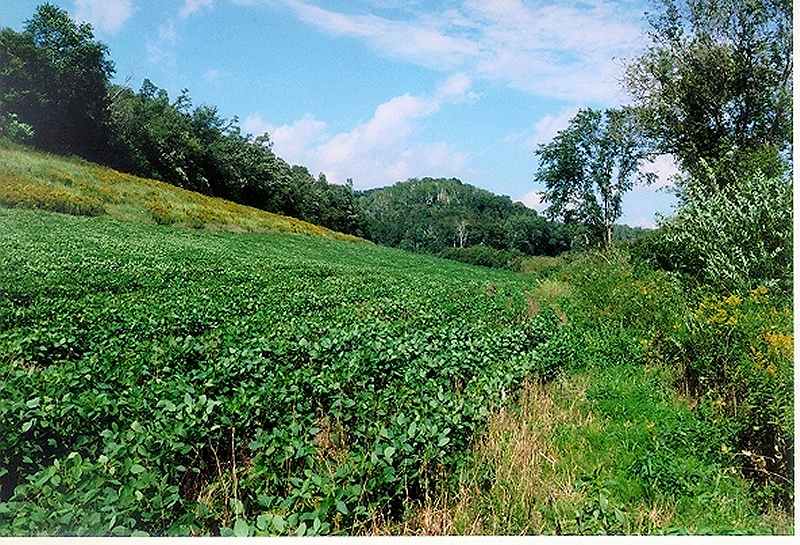 This was the view from the road that summer. 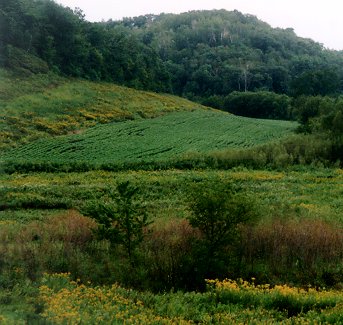 Winter came early that year, so the farmer wasn’t able to harvest his soybeans before the snow fell. When we started planting, the field was crisscrossed with deer and turkey tracks where they had walked and scraped through the snow to find the beans. The snow was several feet deep, so we walked over it on snowshoes, slipping and stumbling on the uneven surface, carrying our buckets of prairie seeds.

We broadcast the seeds onto the surface of the snow. 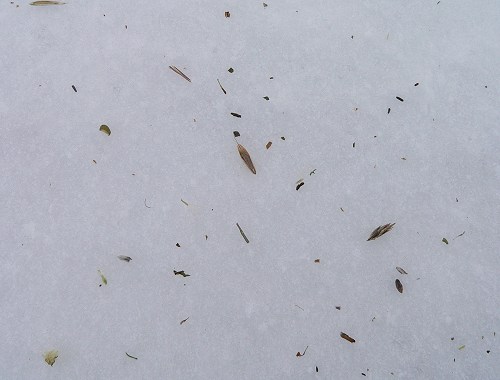 As the snow melted, and the temperature fluctuated from freezing to thawing, the seeds slowly worked themselves down and into the soil below.

Prairies seedlings take a few years to grow tall enough to see, so for the first year or two it looked like a grassy field. We mowed it to keep the annual weeds from going to seed, and dreamed about prairie flowers. 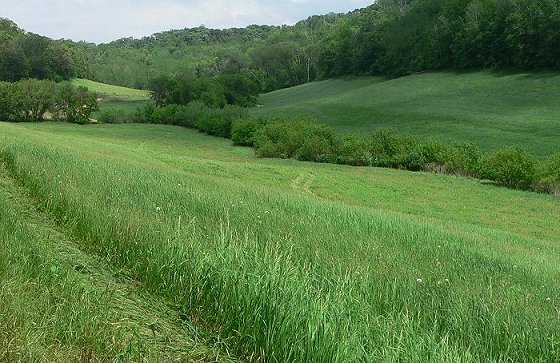 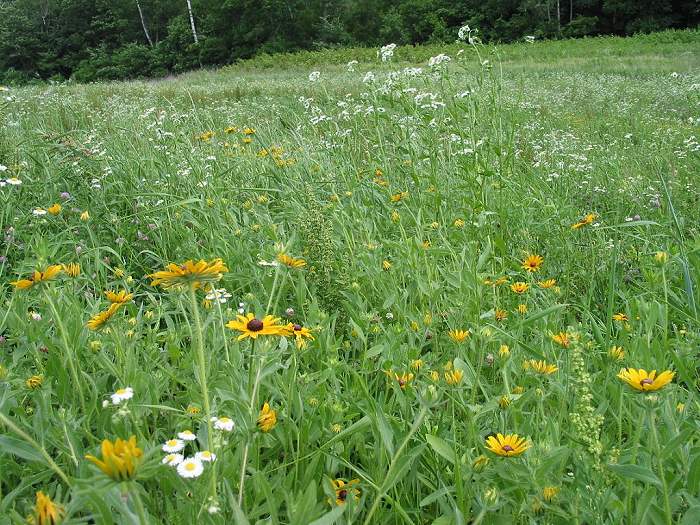 Finally, in the summer of 2003, prairie flowers started blooming and it really looked like a prairie. This is in August 2003. 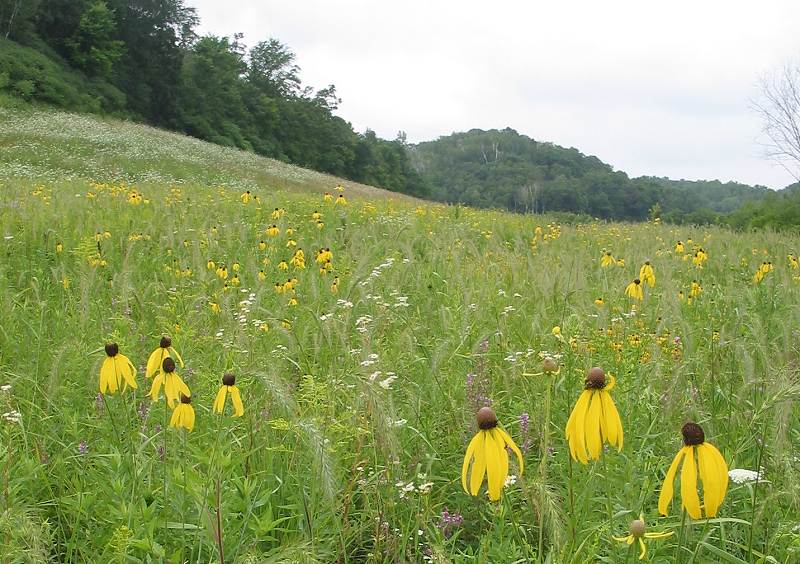 Pat’s Prairie has continued to mature and change – every year it’s a little different. 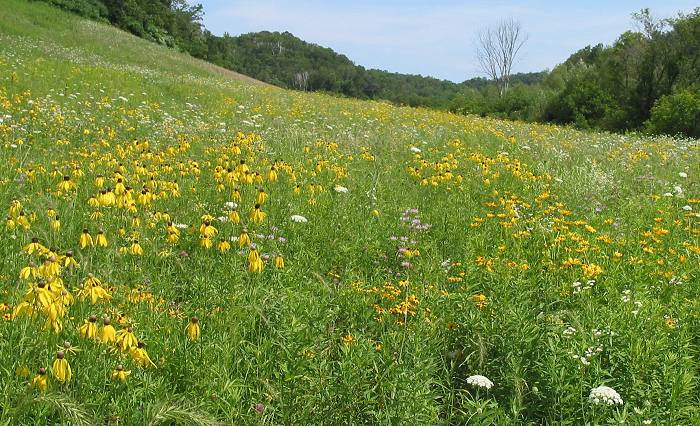 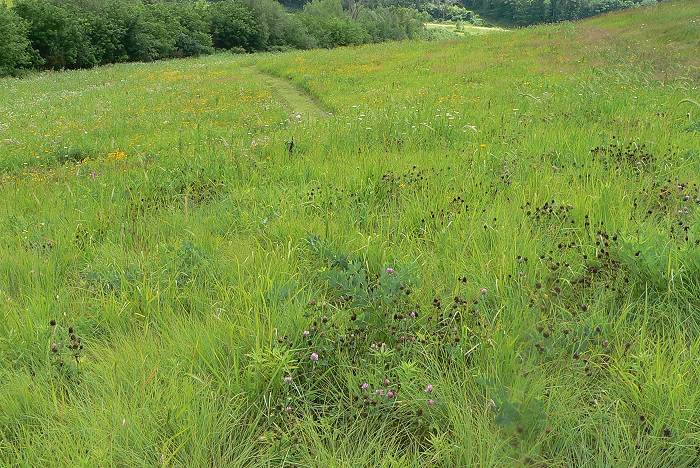 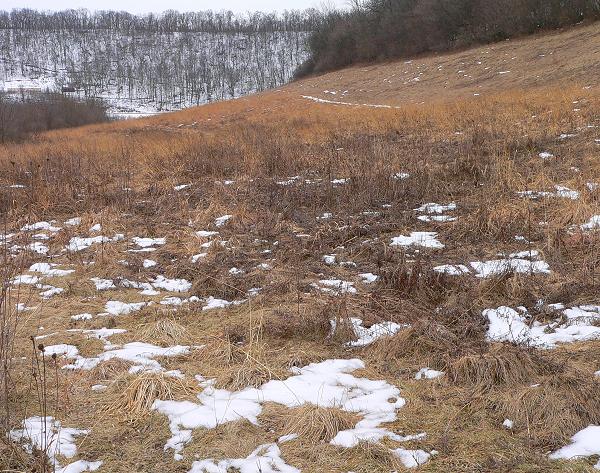 It has big patches of White Wild Indigo that bloom in the early summer. 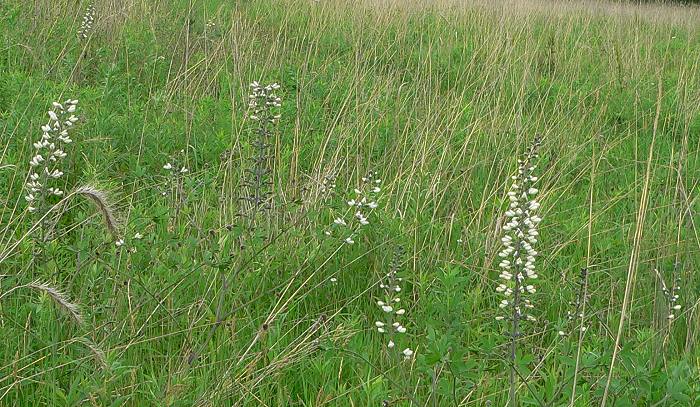 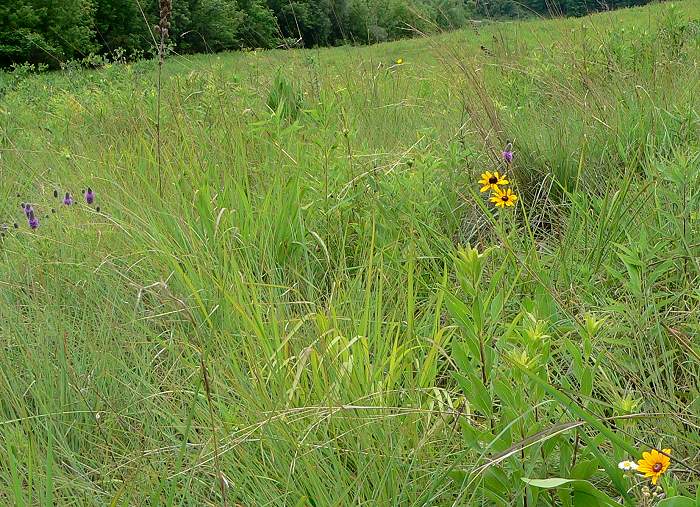 And prairie grasses in the fall. 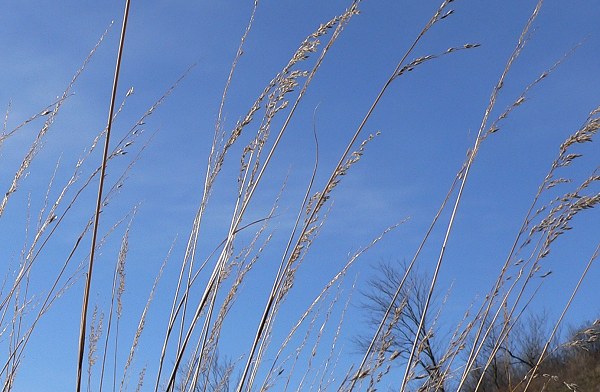 We’ll think of Pat as we watch the prairie from our windows, walk on it’s trails, and watch the bluebirds and tree swallows building their nests. She would have liked seeing all the lives being lived and enjoyed in her prairie. 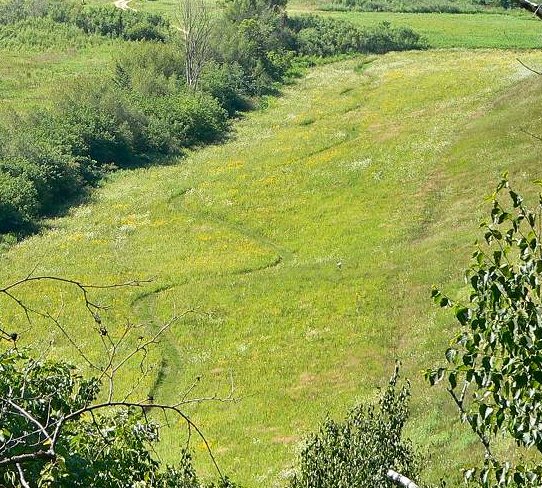