Caterpillar foods: Birches and Aspens, also possibly cherry, ash and willow – it would be interesting to raise some to see what they will eat as compared to Eastern Tiger Swallowtail caterpillars

This used to be considered a subspecies of Eastern Tiger Swallowtail (Papilio glaucus).  Since about 1991 it’s been considered a full species.  The two species are very similar, and for a long time I didn’t realize that we had any Canadian Swallowtails here.  This winter I was looking back through my photos, and realized that some were probably P. canadensis.  Mike Reese has confirmed that these two are P. canadensis.

Mike’s site: WisconsinButterflies.org has a detailed description of the differences between the two species.

These are my confirmed Canadian Swallowtail sightings: 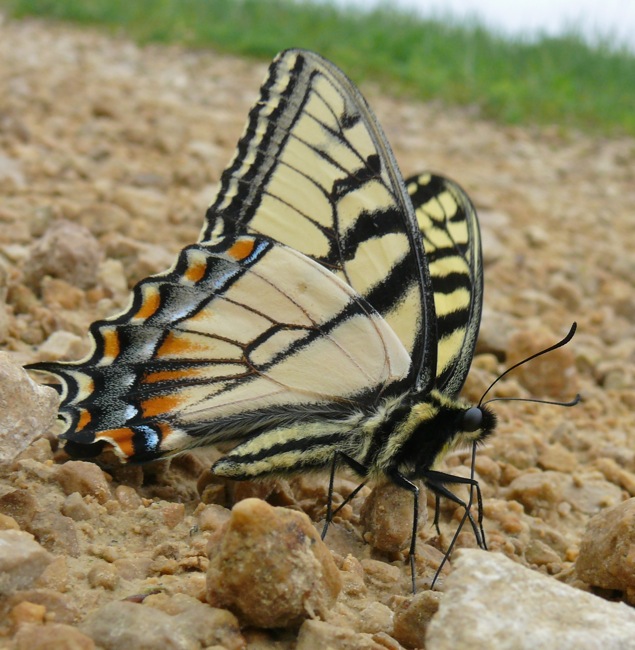 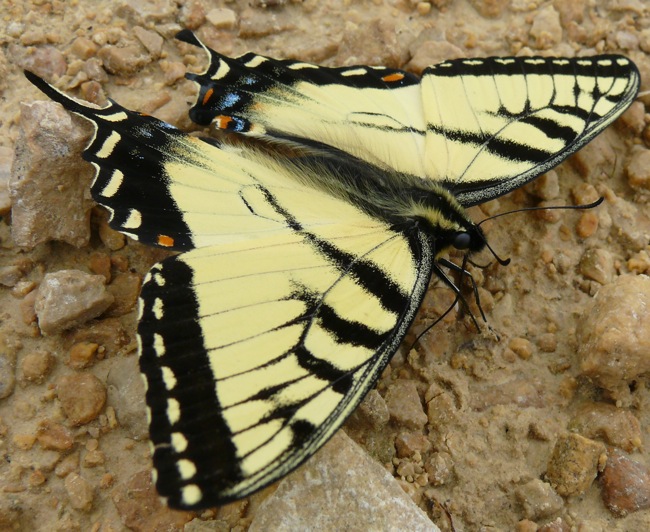 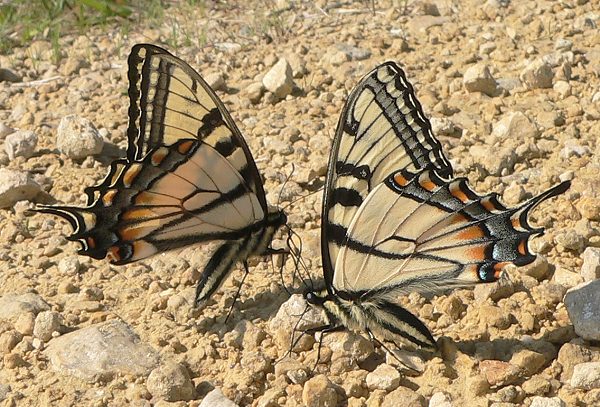