Garlic Mustard (Alliaria petiolata) is a plant in the mustard family which has a strong smell of garlic when the leaves are bruised.  It’s native to Europe, Asia and northern Africa, and was brought to North America as an herb to be used in cooking, probably in the late 1800s.   It’s now considered an invasive species and a noxious weed in the eastern U.S. and Canada. 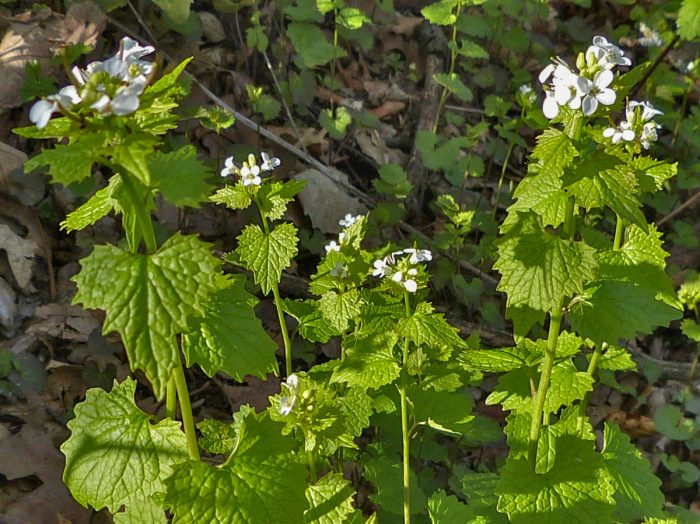 It’s a biennial, so it grows only leaves the first year.  The second year it blooms, makes seeds, and dies.  My goal is to keep those second year plants from going to seed. 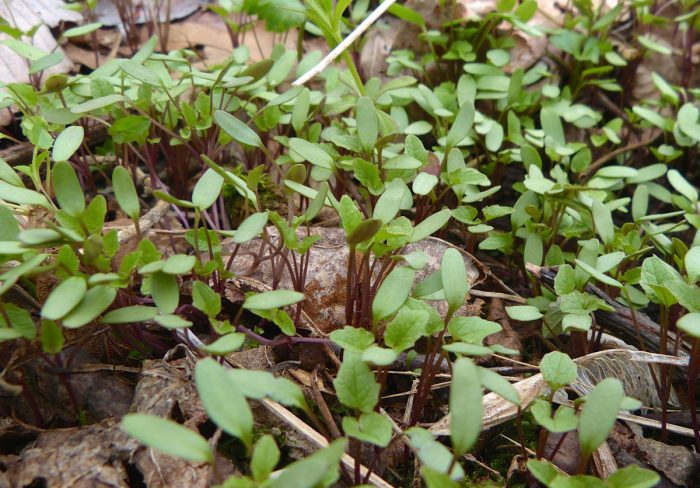 Second year plants showing above dead leaves in the spring.  The leaves are evergreen, so they can be found all winter. 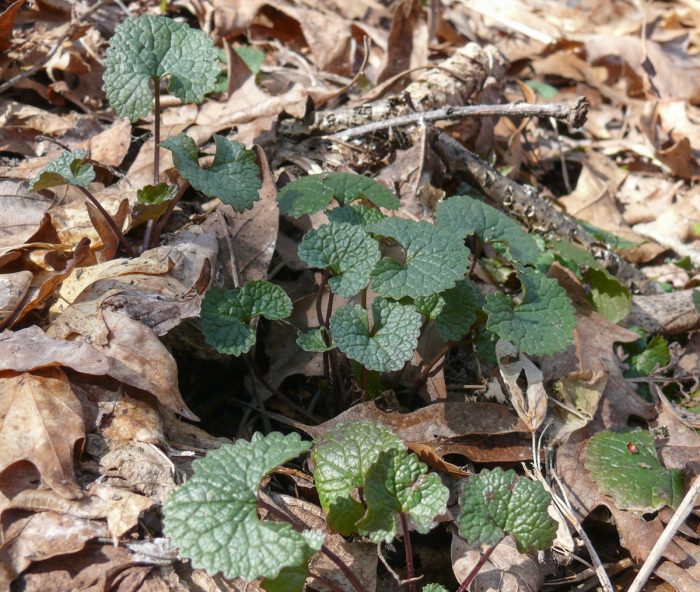 Second year plants starting to send up their flowering stalks – around here that happens in early-mid April. 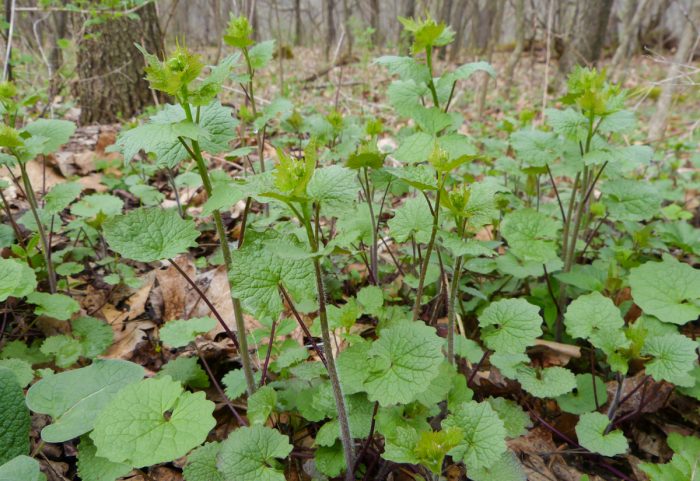 Each plant can produce hundreds of seeds.  The plants also produce chemicals that discourage other plants from growing, so the garlic mustard plants rapidly take over the forest floor and turn it into a monoculture.

A large patch of Garlic Mustard had taken over this part of our woods. 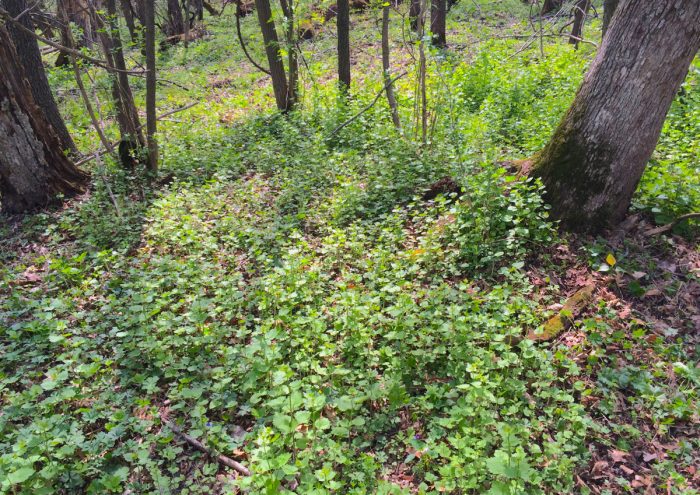 I found the first Garlic Mustard plants on our land in 2007, and now every year I find new patches.

At first I pulled all the plants I found, and removed them from the site so they wouldn’t spread seeds or propagate by their roots.  That worked, but it was slow, and as I find plants in new places every year, and I still have to check all the old places, it just takes too much time.

(When I pulled the plants, I would be sure I’d pulled the whole plant – roots can resprout.  I’d remove the plants from the site, and put them in large plastic boxes with lids.  I’d leave the boxes in the sun for a month or so, and the plants inside would melt and no longer be viable.  Then I’d dump them on the compost pile.  Fresh plants should never be composted. )

Now I spend about 3 weeks every April spraying all the plants I find with 2% Glyphosate.  If I can, I go back to each place a week or two later to be sure I haven’t missed any plants.   I concentrate on spraying second year plants, since they’re larger, and they produce the seeds.  But if there are big patches of seedlings,  with no ‘good’ plants in the way, I spray those too.

I mark each place with pink plastic tape so I can check that spot again the next year.  Most of the places I’ve been treating for several years are getting better.

Many of the patches we have seem to start in the brushy edges of our prairie fields.  The plants then follow deer paths and gullys where animals or water carry the seeds downhill. 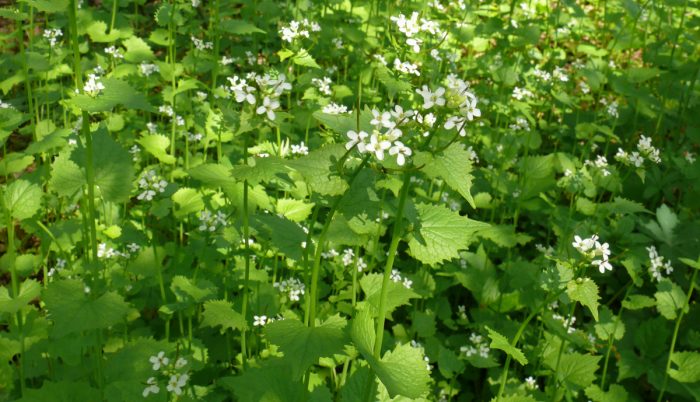 I’m looking forward to having a biological control available – I think that’s the only way our native woodland species will survive.  Work on a biological control was begun in 1998, and experimental releases of the potential insect controls are being tried.  I can’t find any definite news of the current state of this project, but I have great hopes for it.