Oriental Lady’s Thumb – a kind of Smartweed – is a fairly new invasive here at the farm.  We have several other species of Smartweed, and this one looks similar to Pennsylvania Smartweed (Persicaria pensylvanica), which is common, and not invasive.  So we didn’t really notice Oriental Lady’s Thumb until it began to spread on two of our trails in 2017.  By 2019 it was clear that it was a problem. 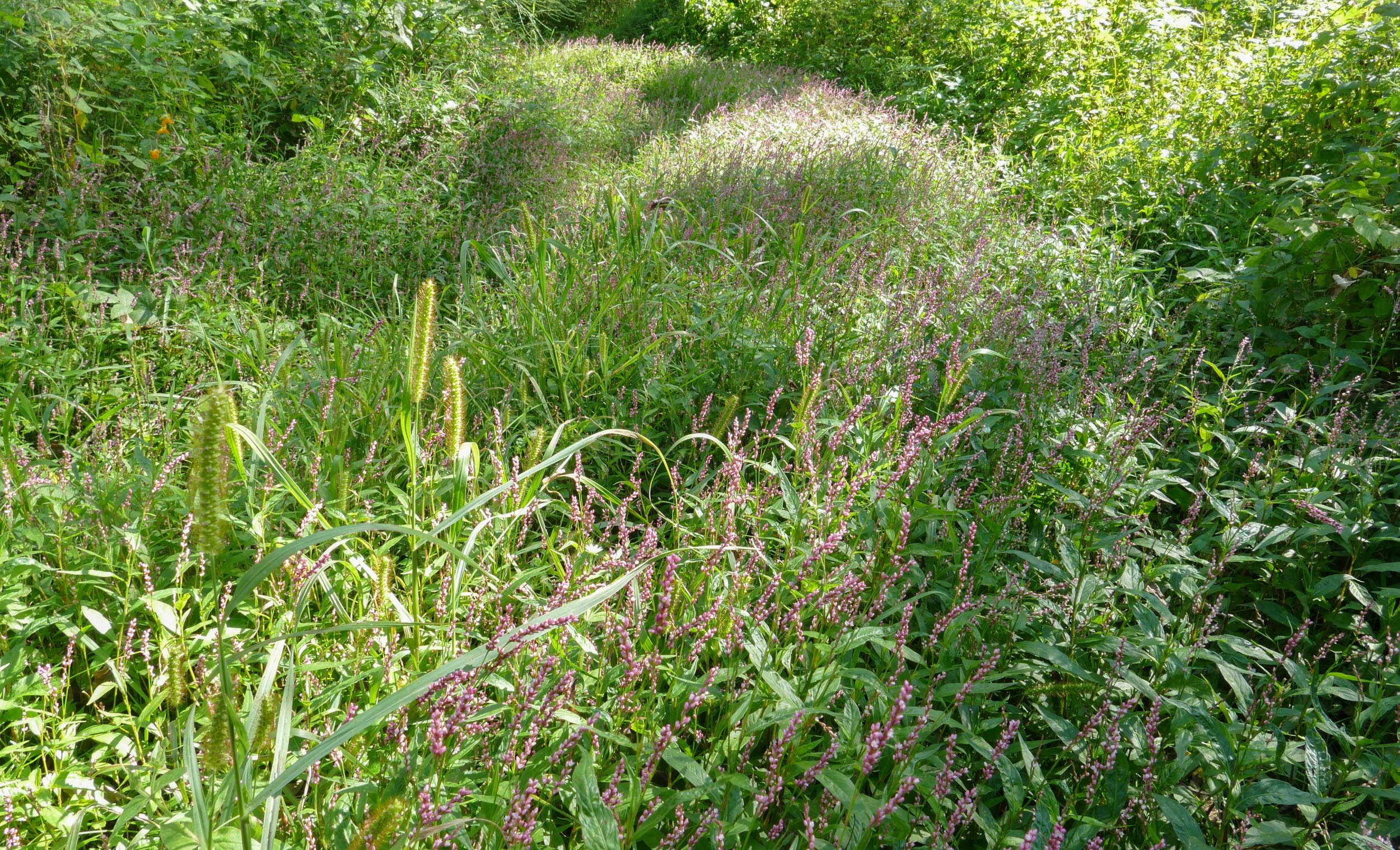 It’s a sprawling annual that produces many seeds and seems to prefer damp, shady, disturbed places.  Fortunately it seems to stay on the trails, and doesn’t invade the undisturbed areas nearby. 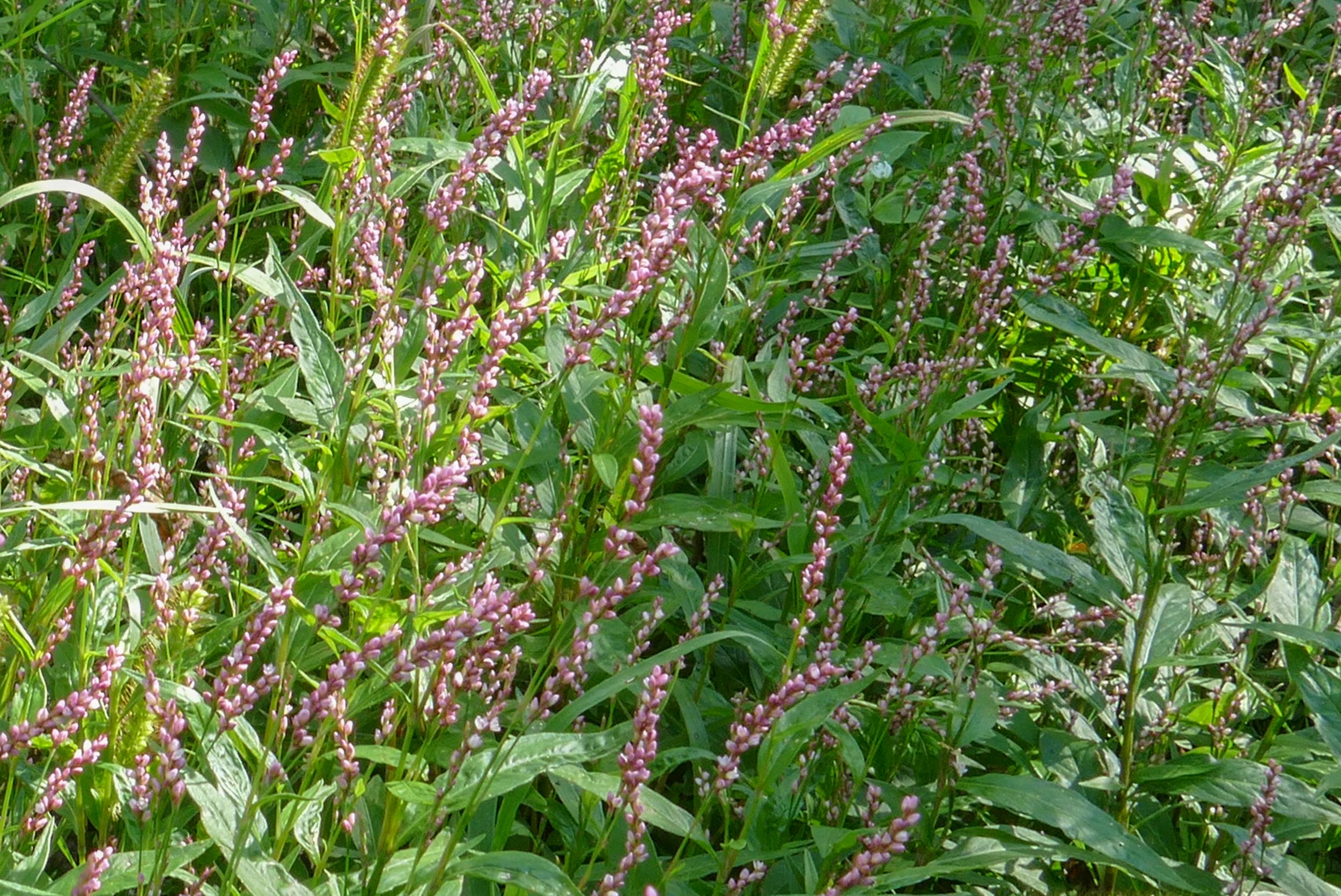 The easiest way to tell it apart from other similar Smartweeds is to look at the sheath at the base of the flower stalk (the ocreola).  Several long bristles stick out from the edge of the sheath. 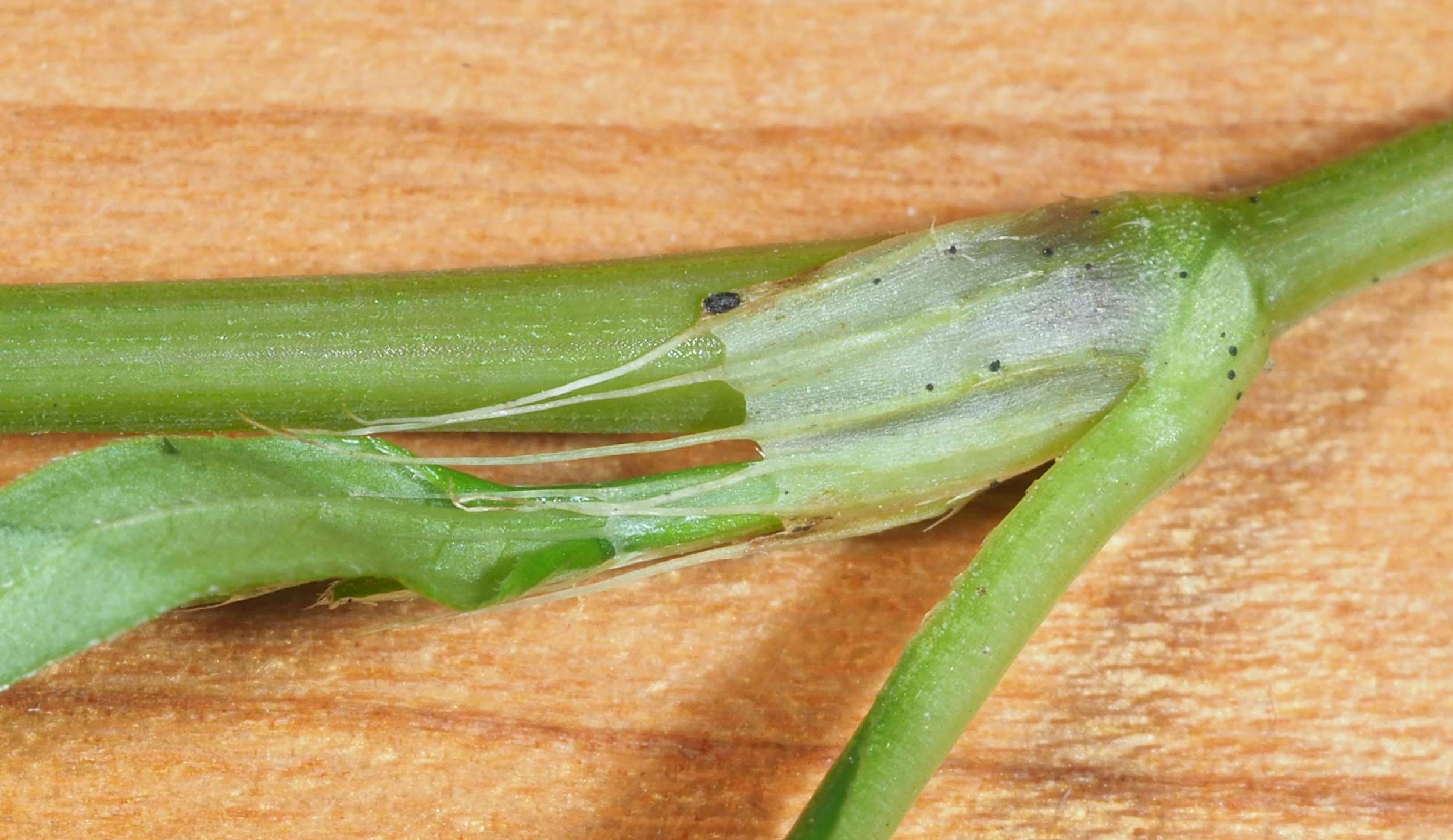 We mowed the plants in August 2019, hoping that would keep them from producing seeds. 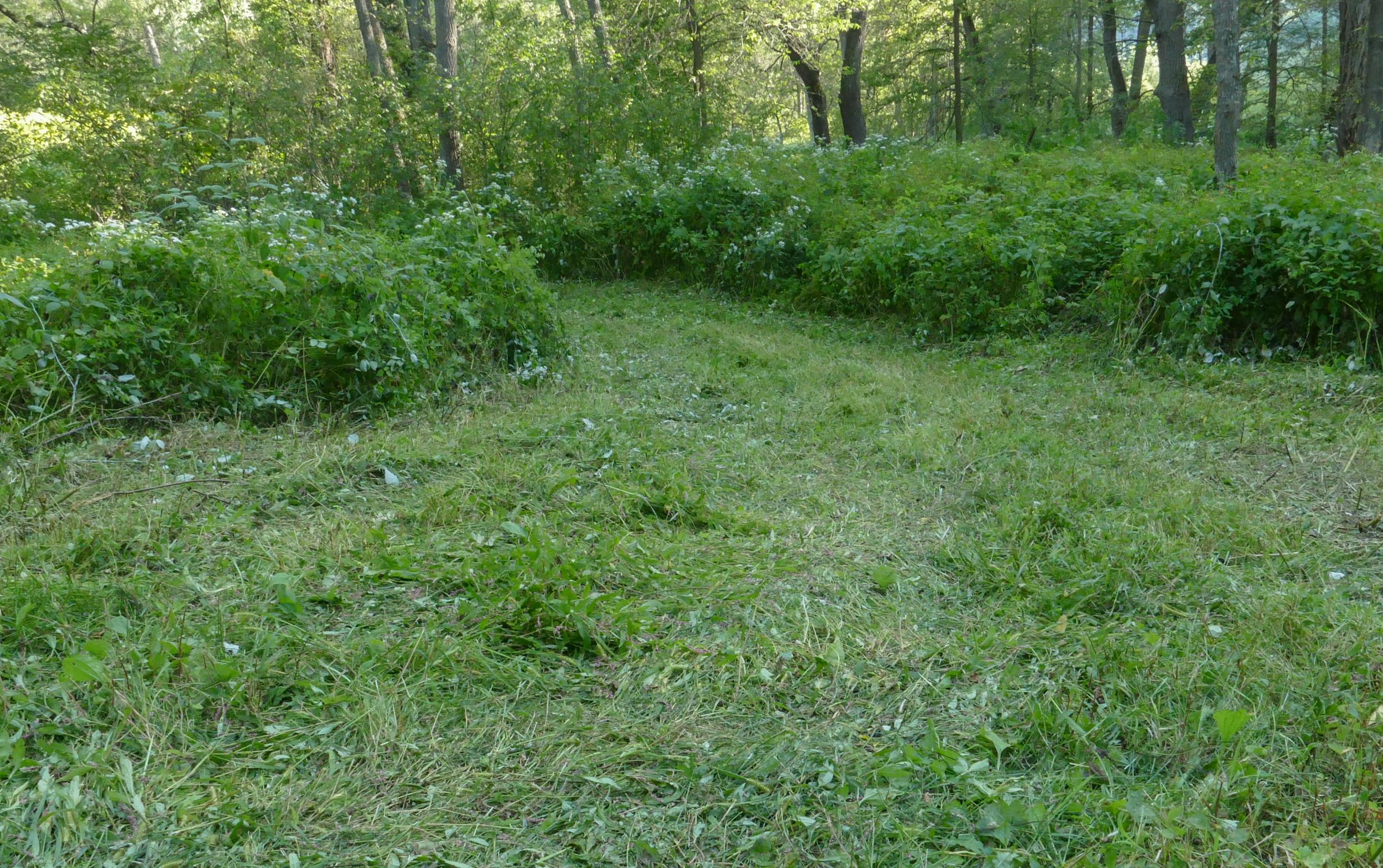 But in 2020 it was back – somewhat reduced, but still a problem. 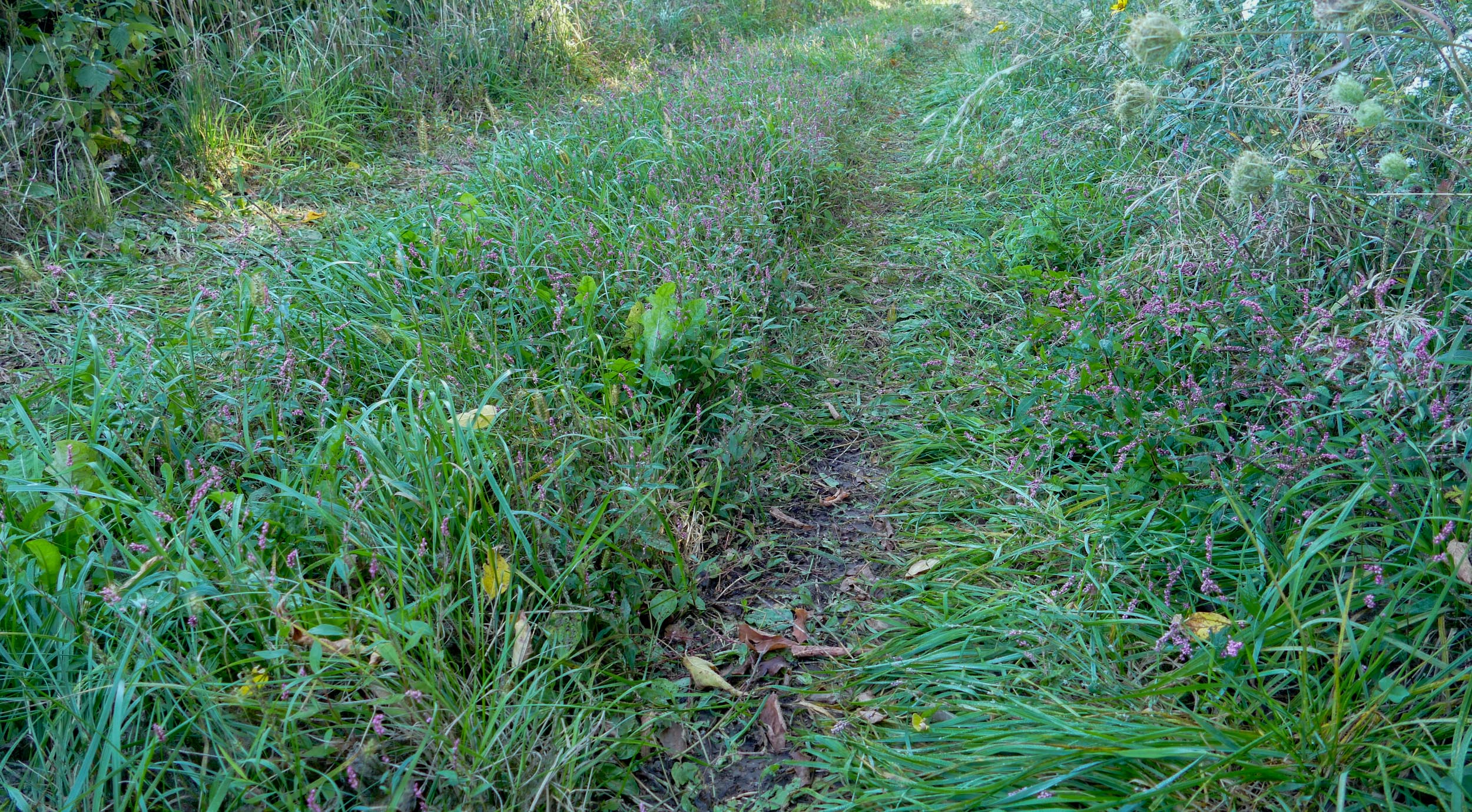 So we’re trying a different scheme.  We pulled all the plants we could see in late summer of 2020. 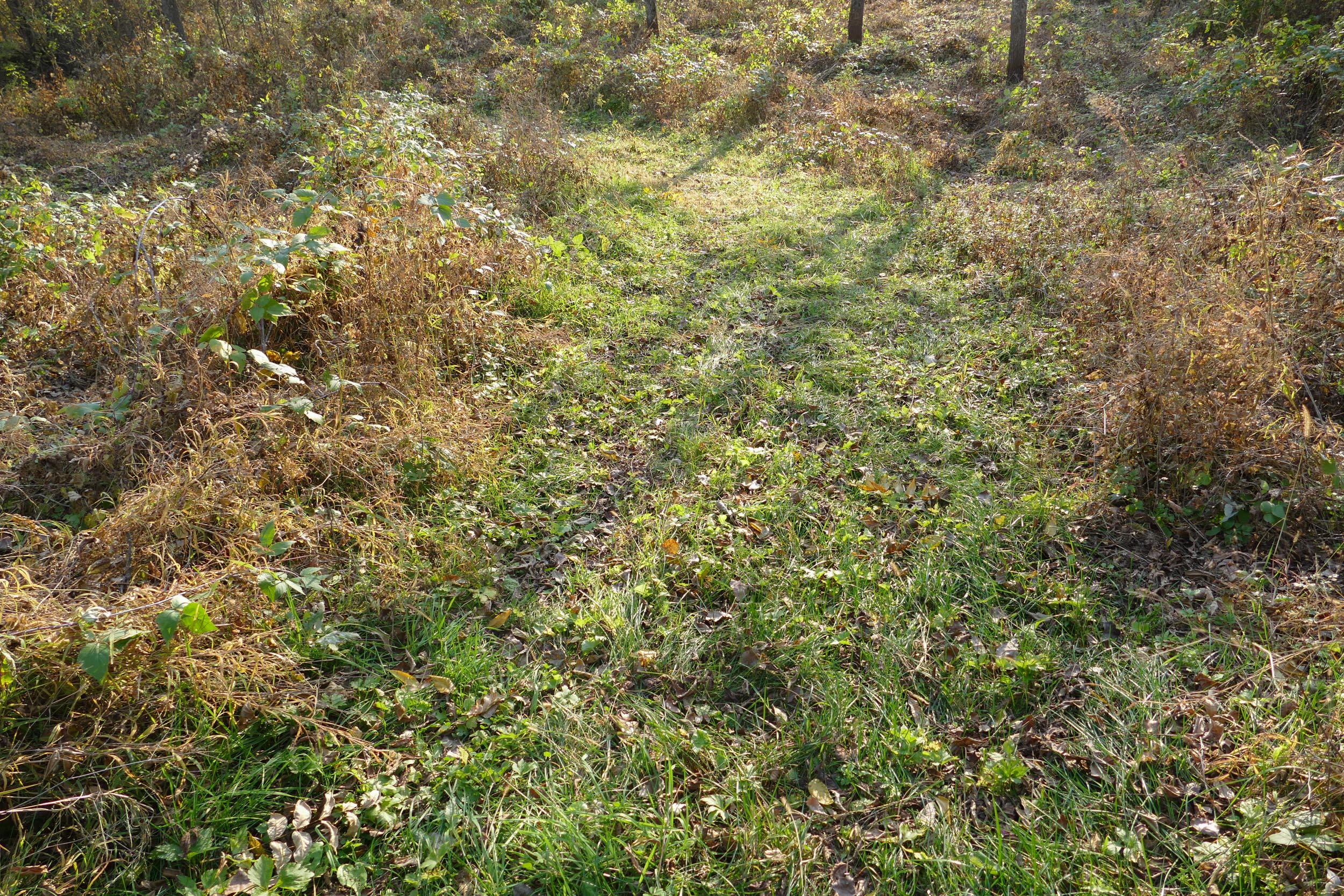 The pulled plants – with hundreds of viable seeds – fill 3 garbage cans.  We’ll keep them there over the winter and decide how to get rid of them in the spring – hopefully their volume will be reduced by then.  In the spring I’ll spray any emerging plants – assuming I can find them – with Milestone.  Then we’ll pull any remaining flowering plants in the fall.  We’re hoping that will work to keep it under control, if not eliminate it.