[To see photos and stories of this prairie in other years, go to the links on the main Hidden Oaks Savanna page.]

This year was a big Queen Anne’s Lace year, so I pulled all the Queen Anne’s Lace from Hidden Oaks Meadow.  We also did a big fall project to get rid of the thicket of old apple trees and Prickly Ash and dead sumac that divided the meadow from the path. 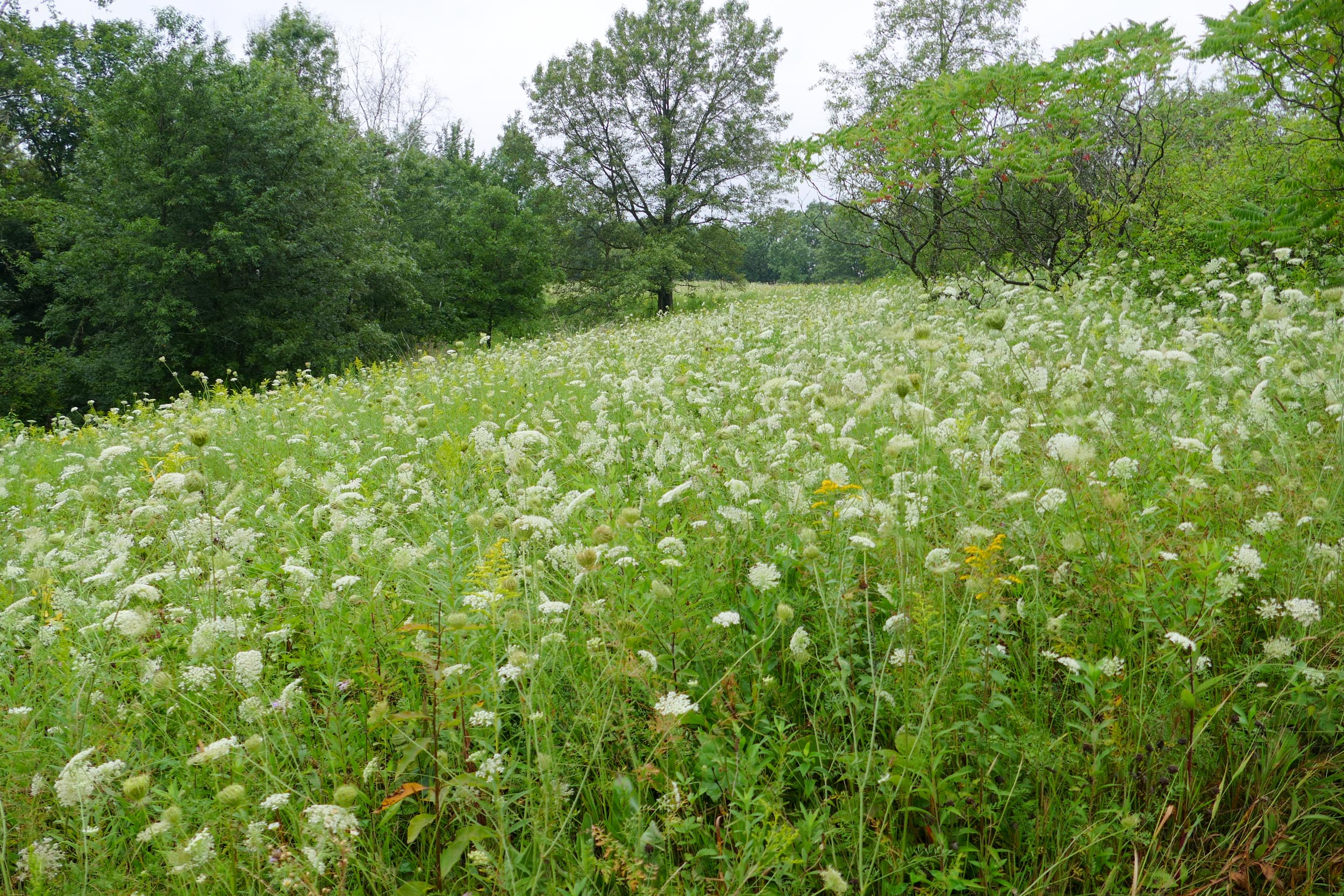 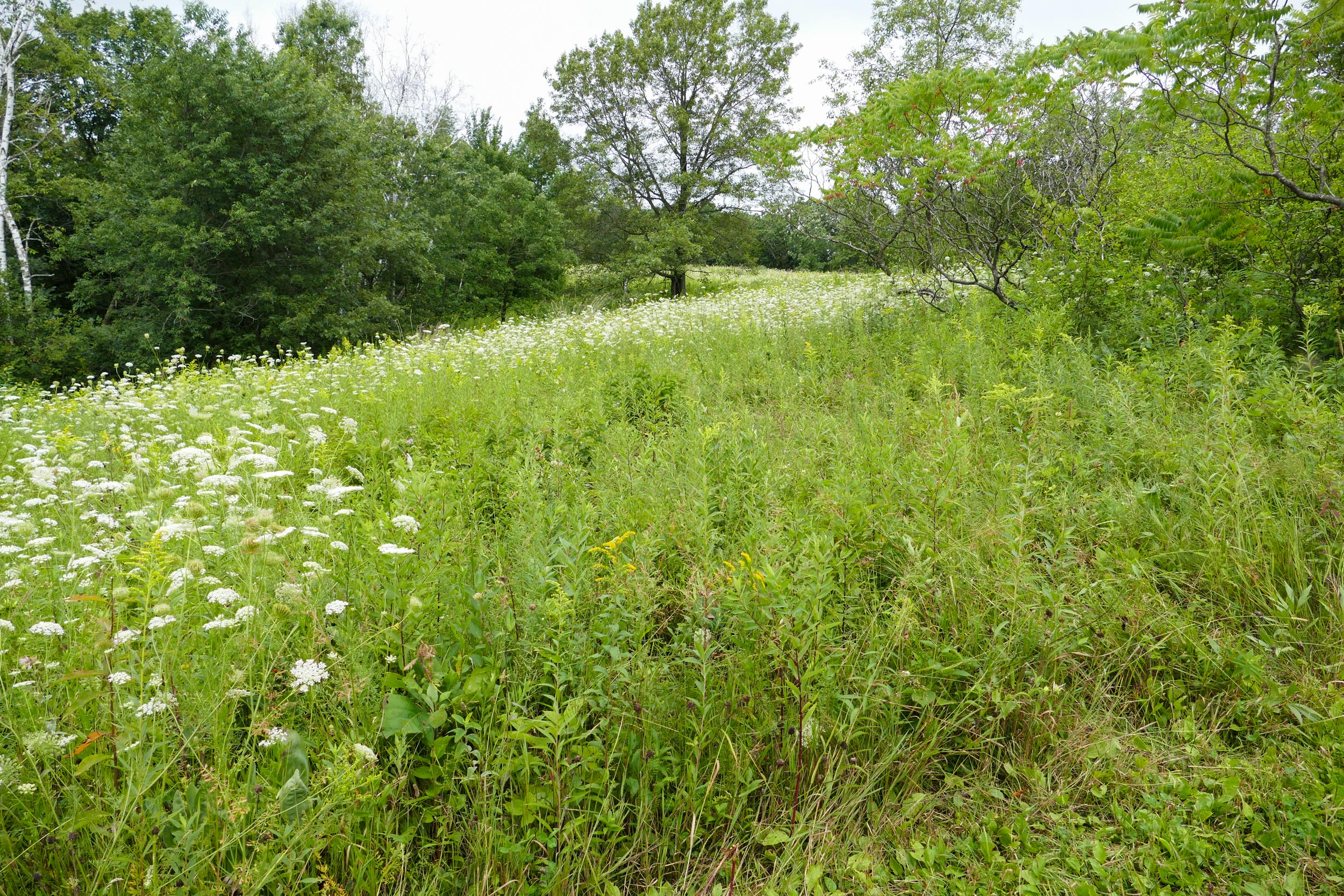 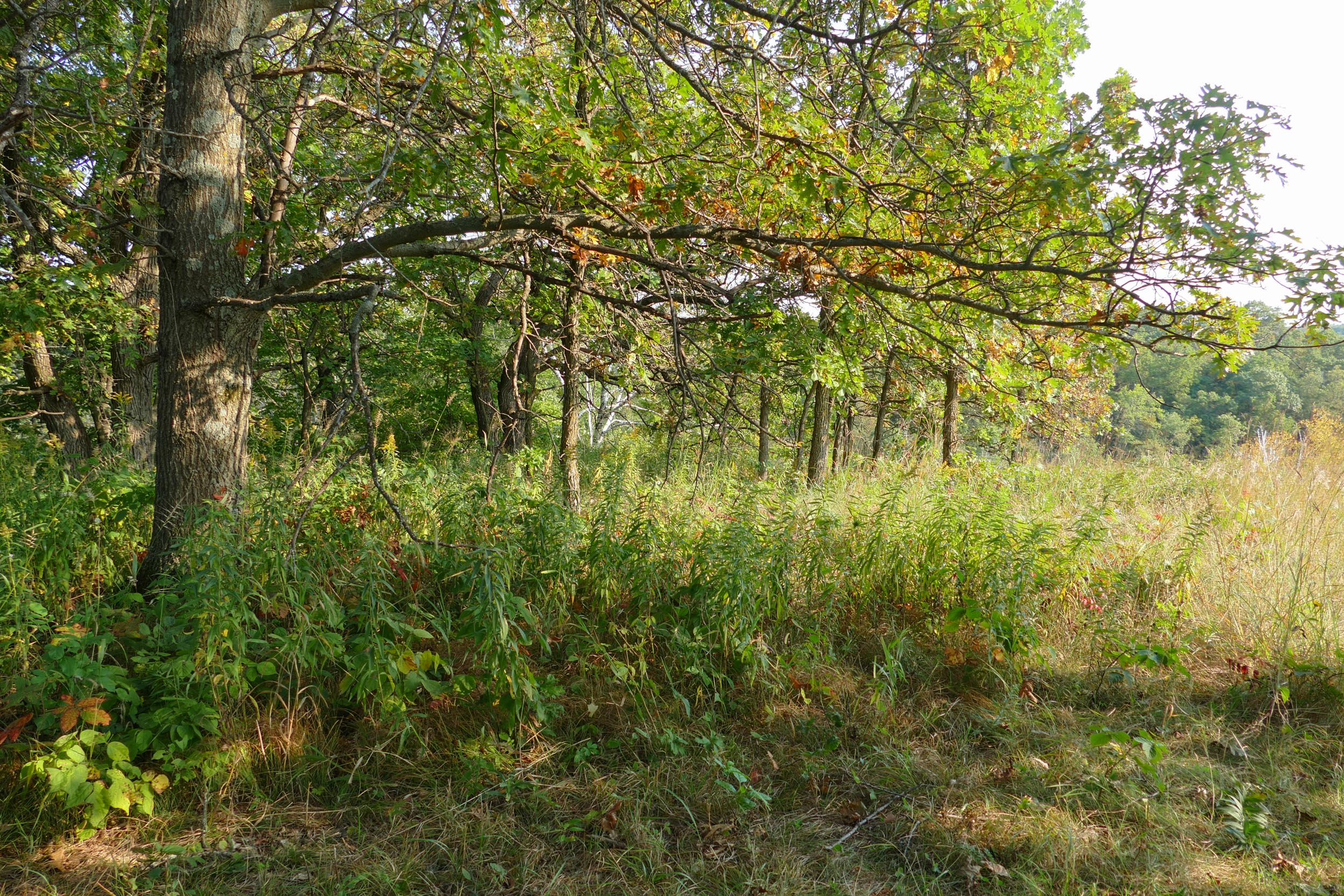 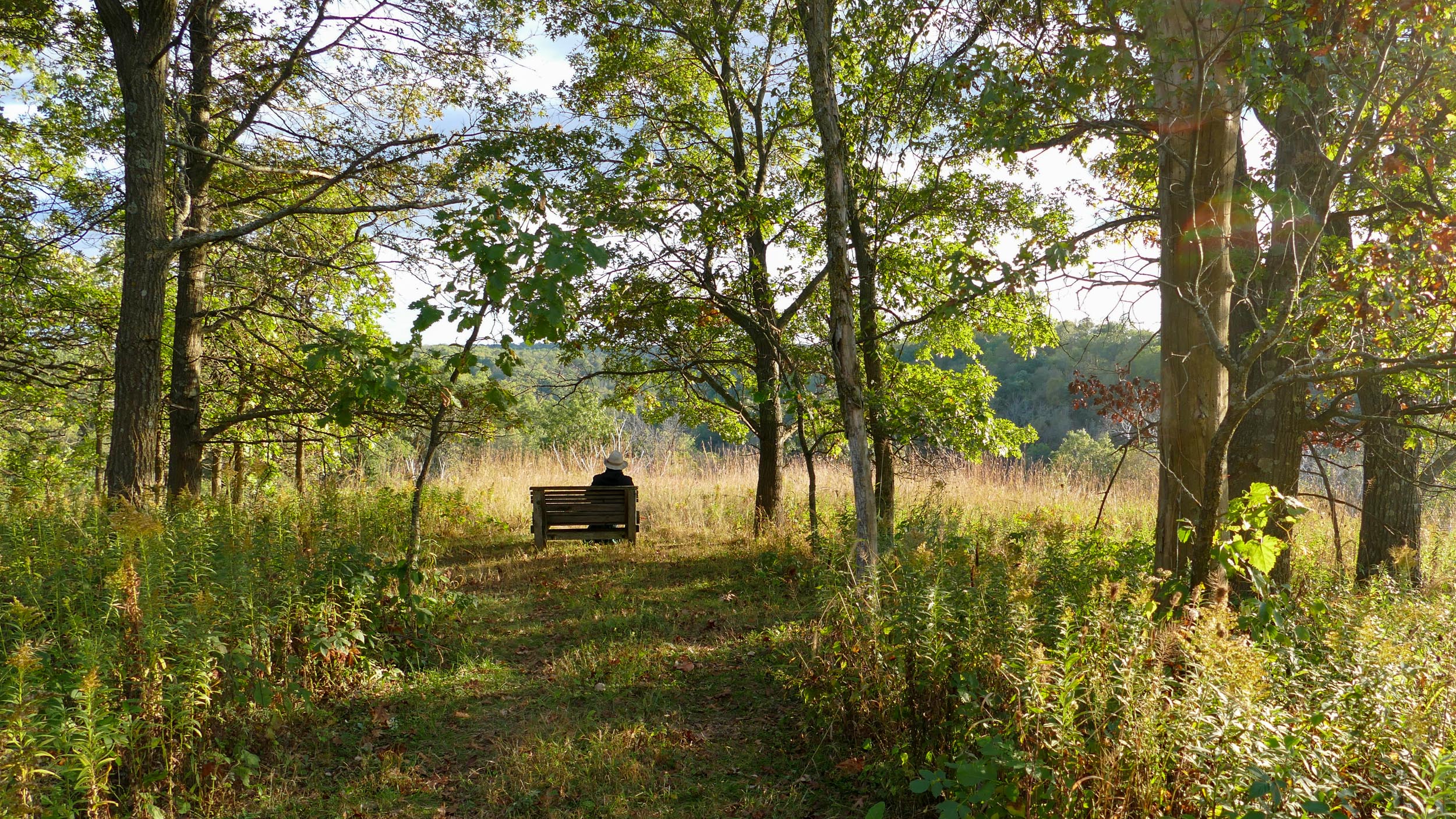 11/6/2017  The path in to Hidden Oaks Point – before we started clearing.  Hidden Oaks Meadow is on the right, beyond the thicket. 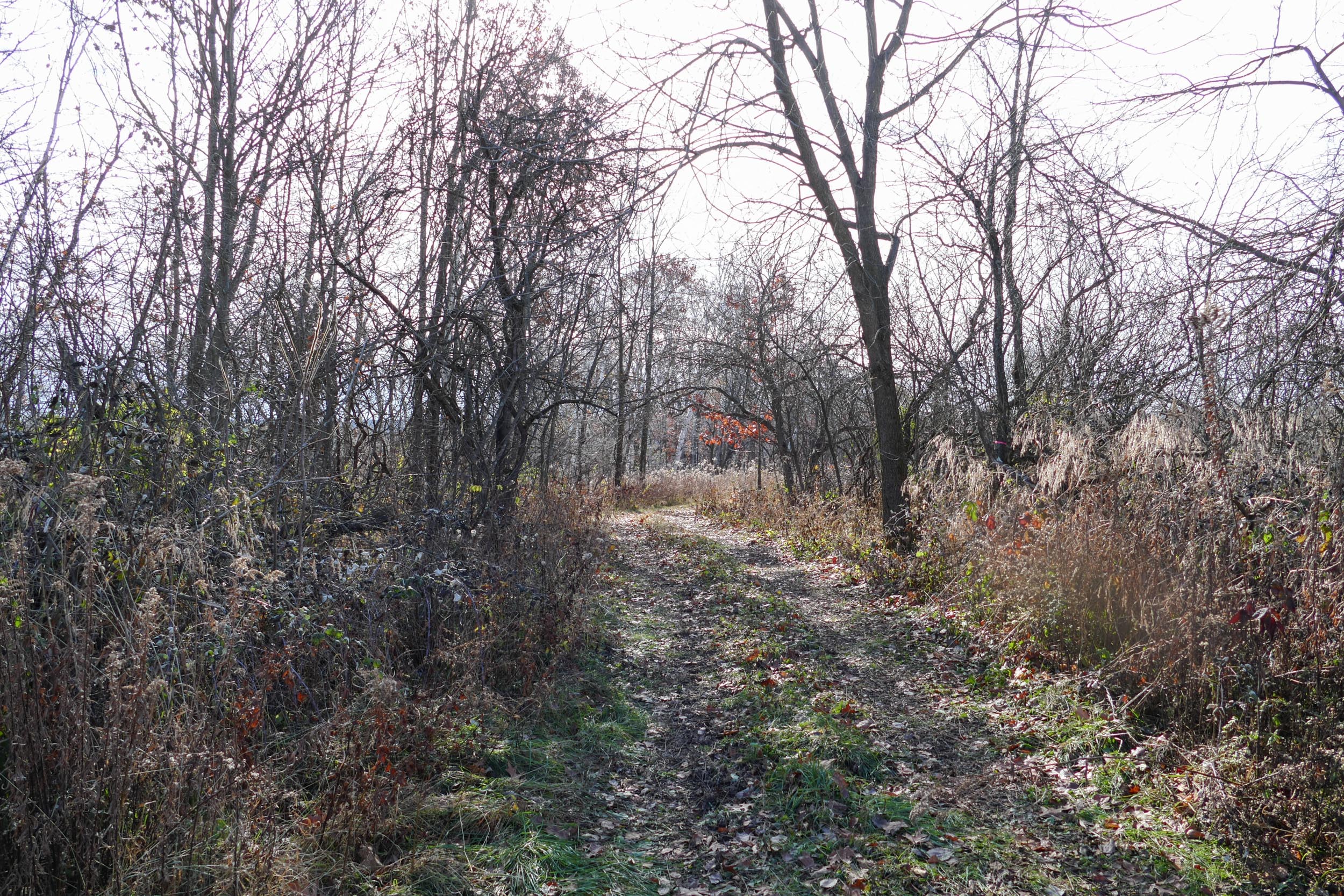 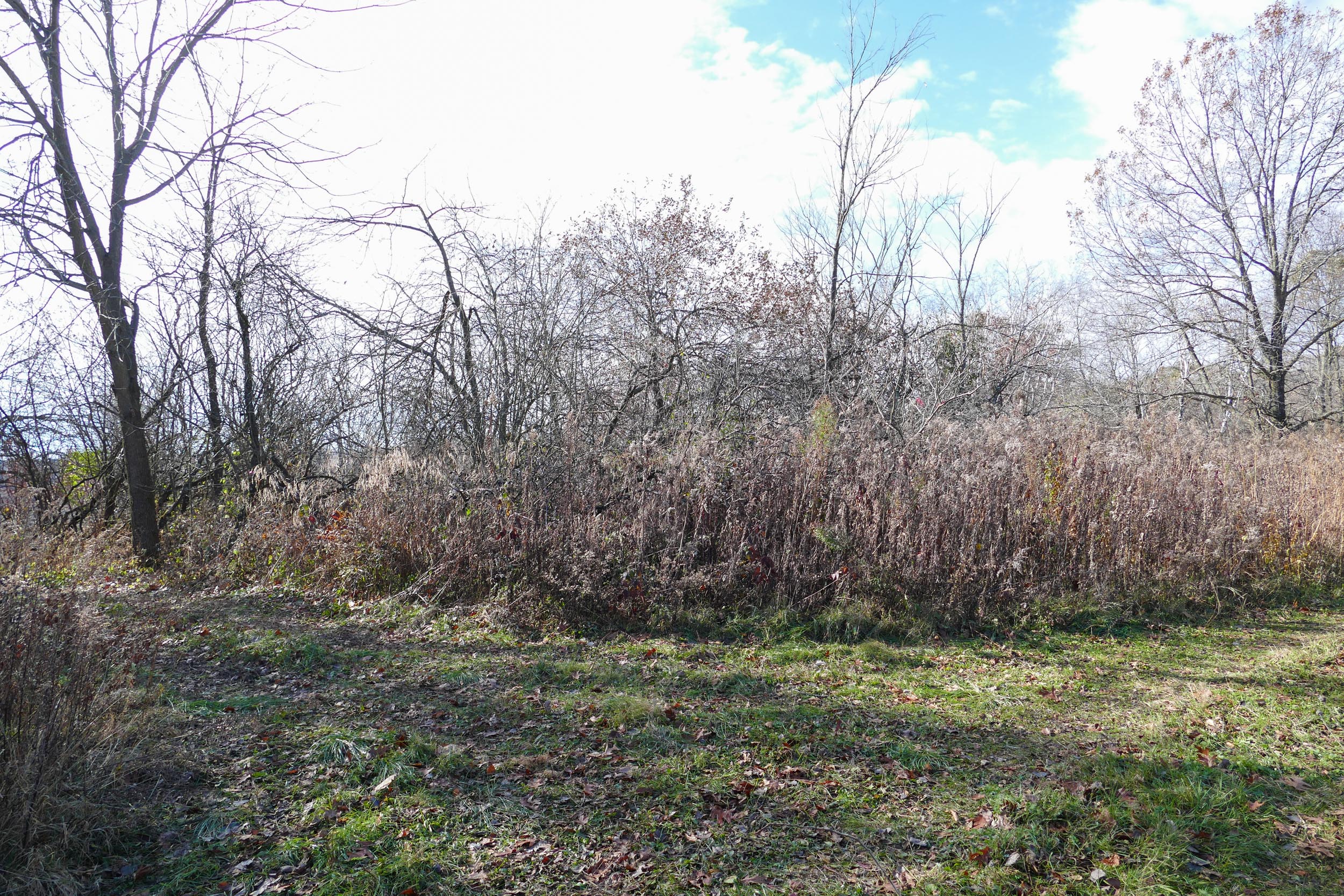 11/6/2017  Just after we started work, looking north at the thicket, with the meadow on the left 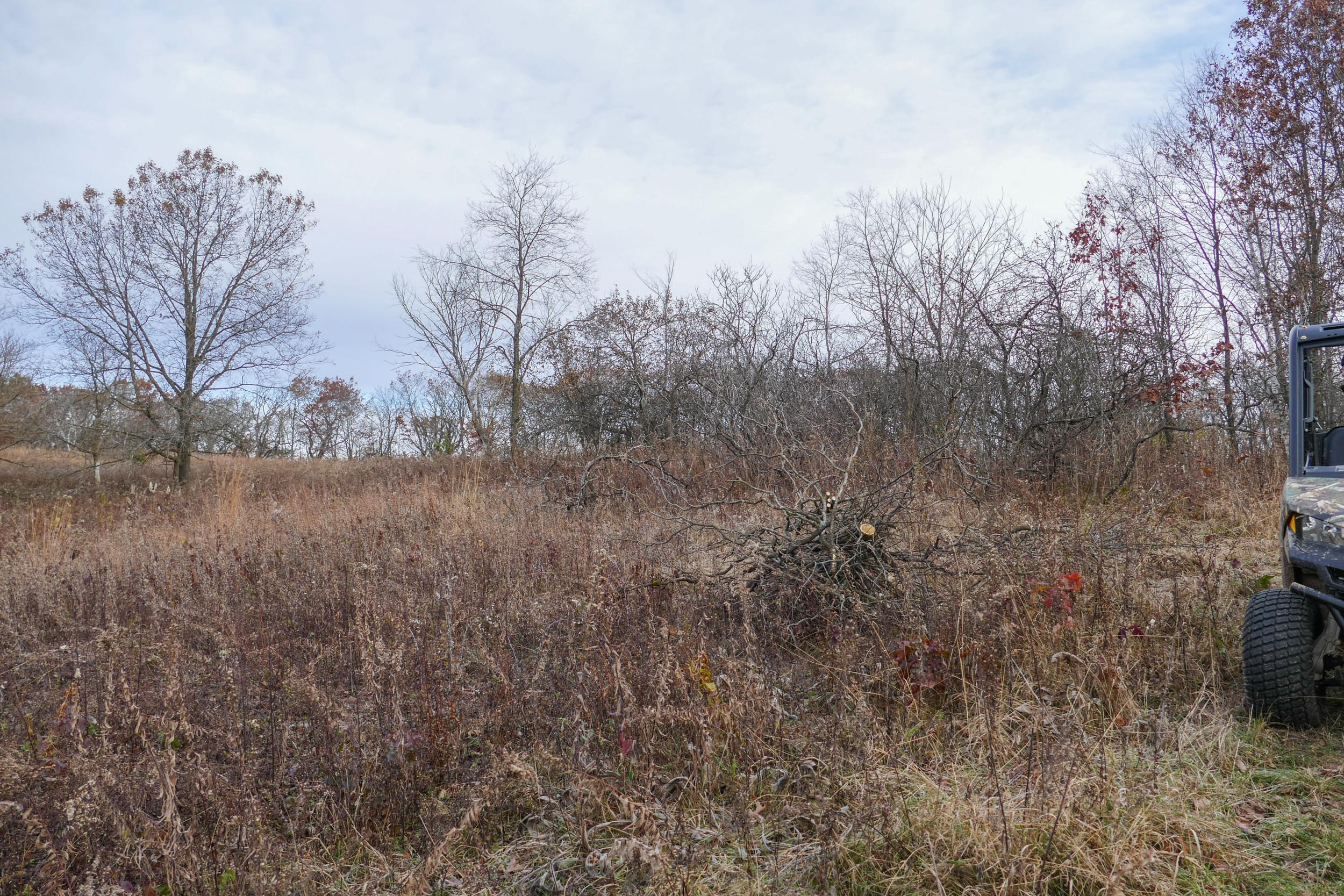 11/7/2017  Looking down the path into Hidden Oaks Point – the thicket is starting to disappear. 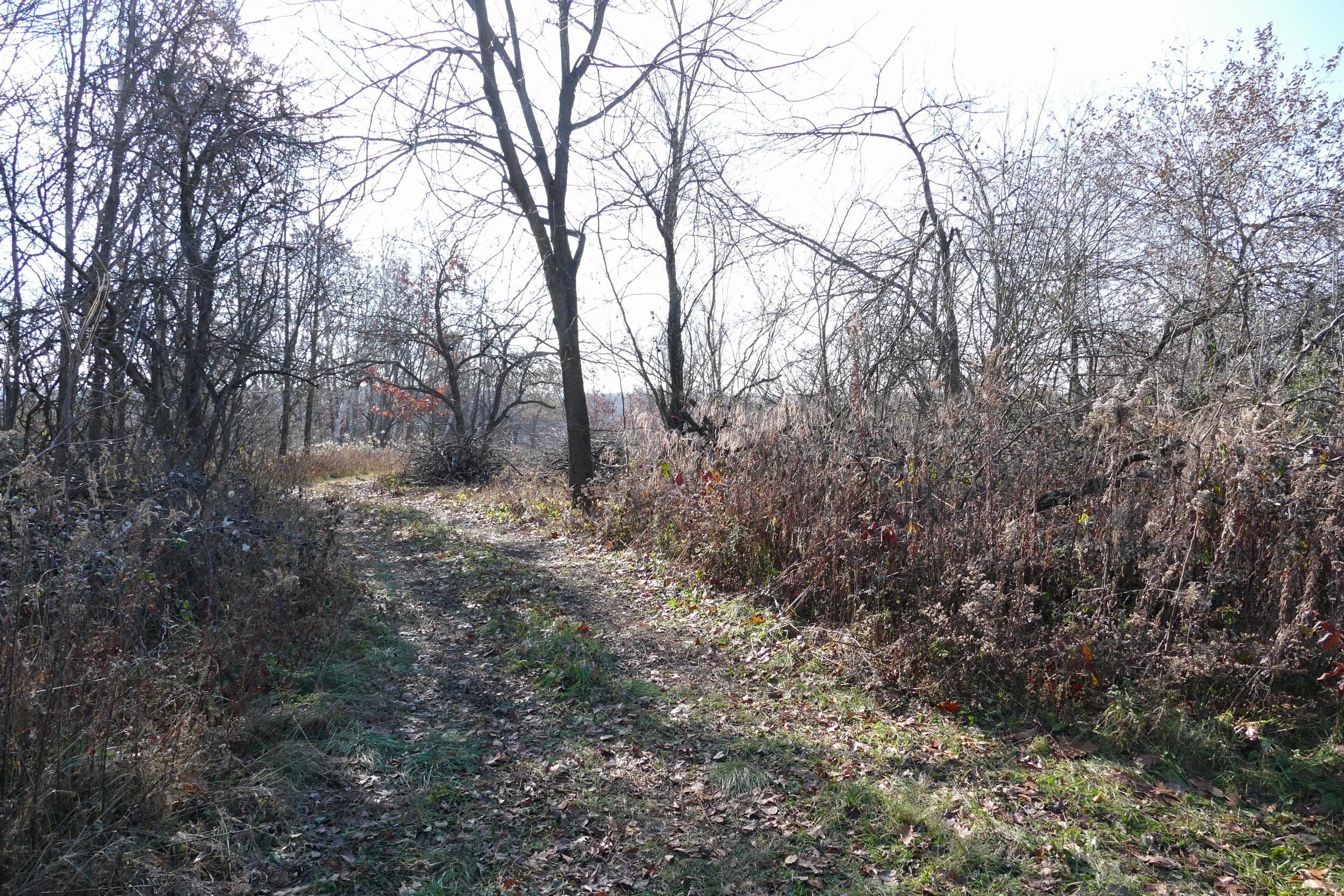 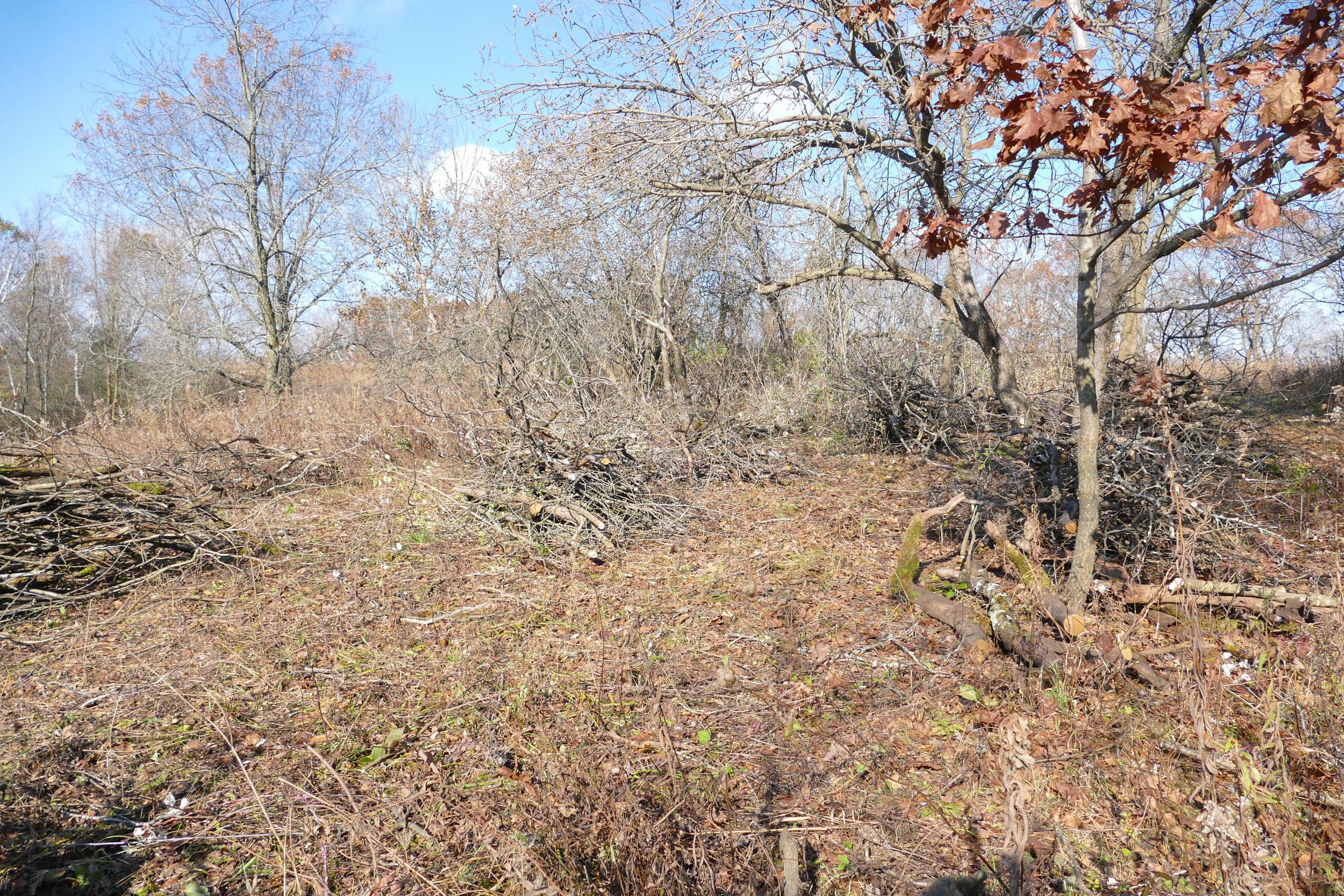 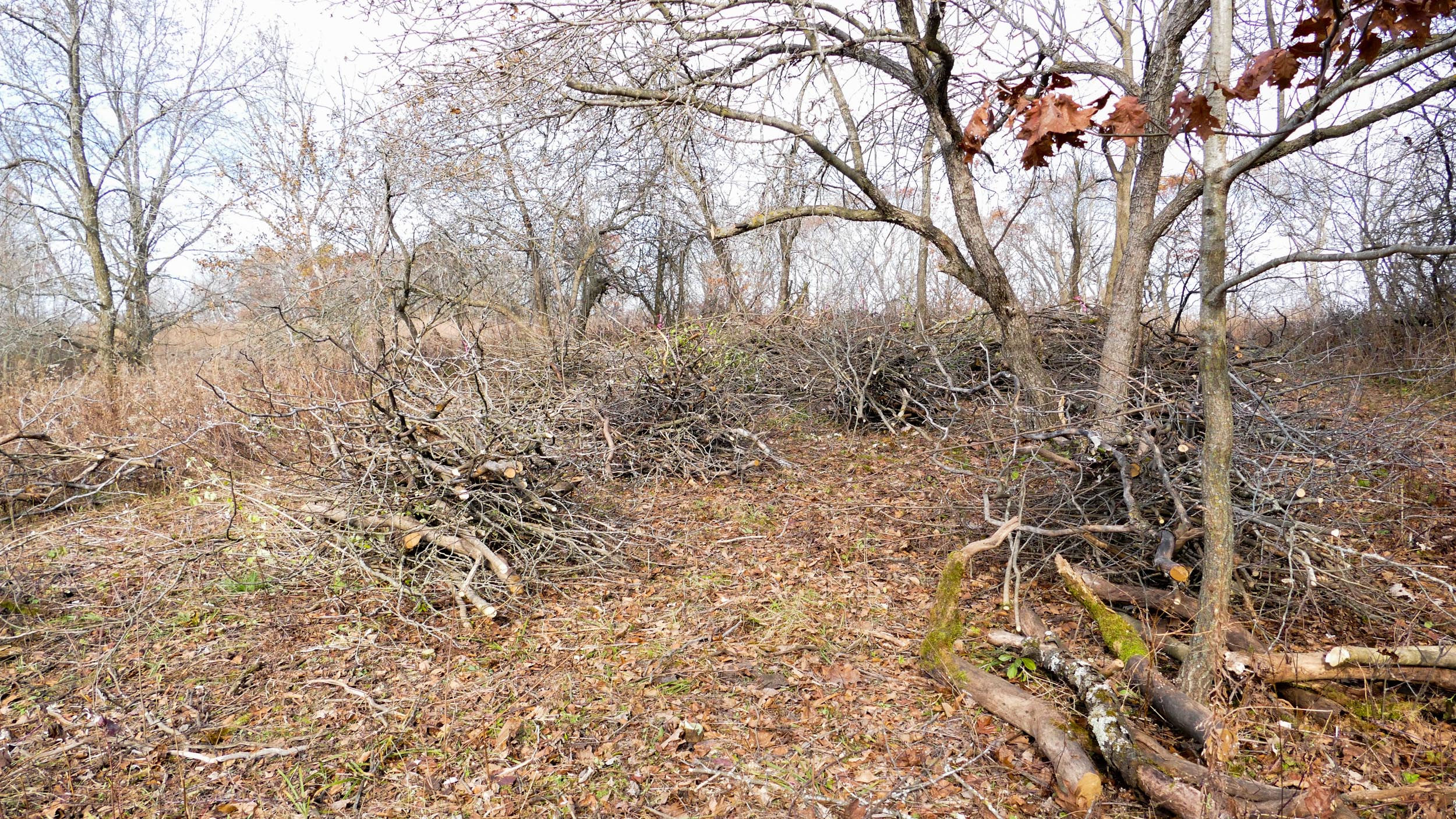 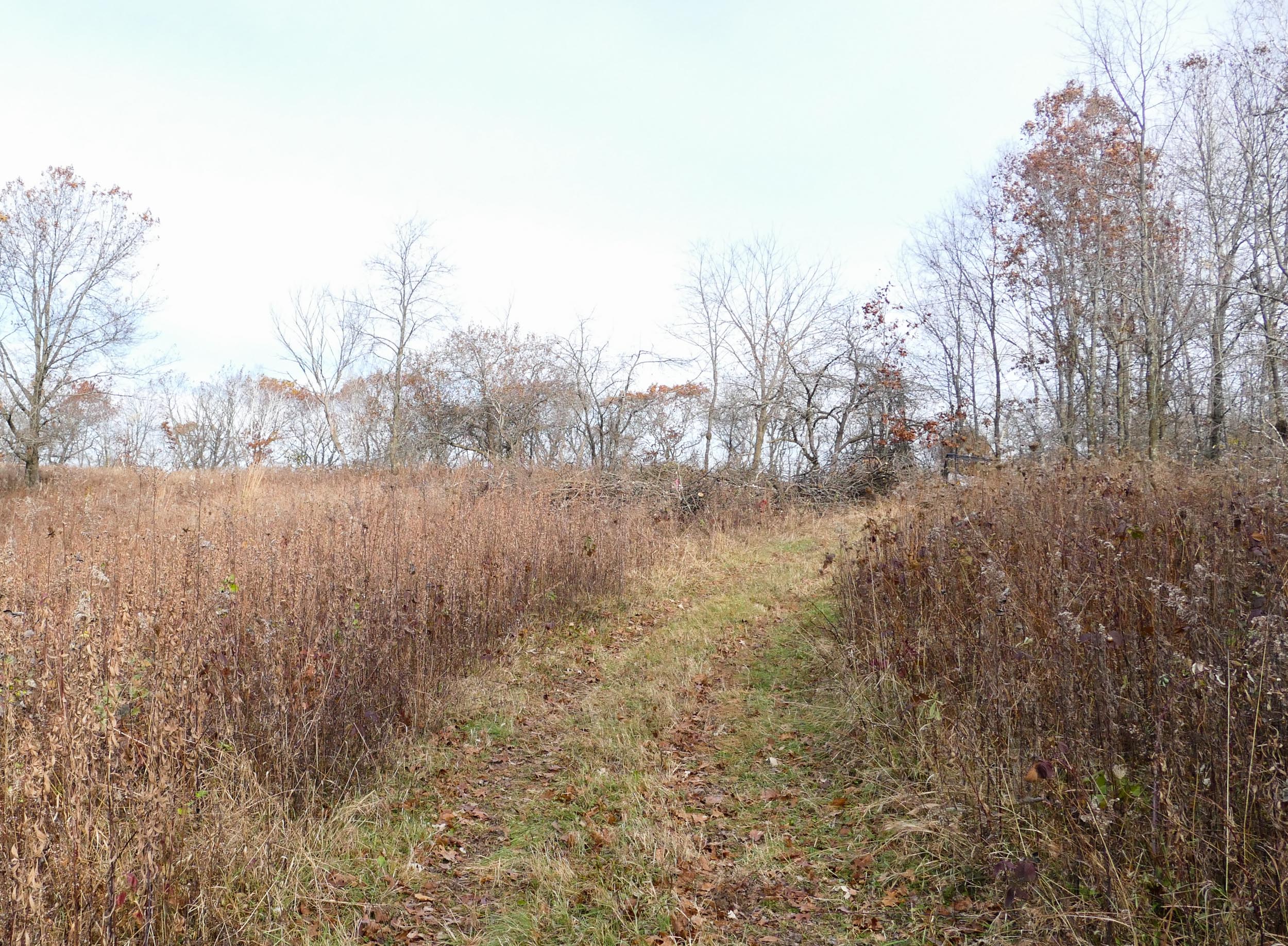 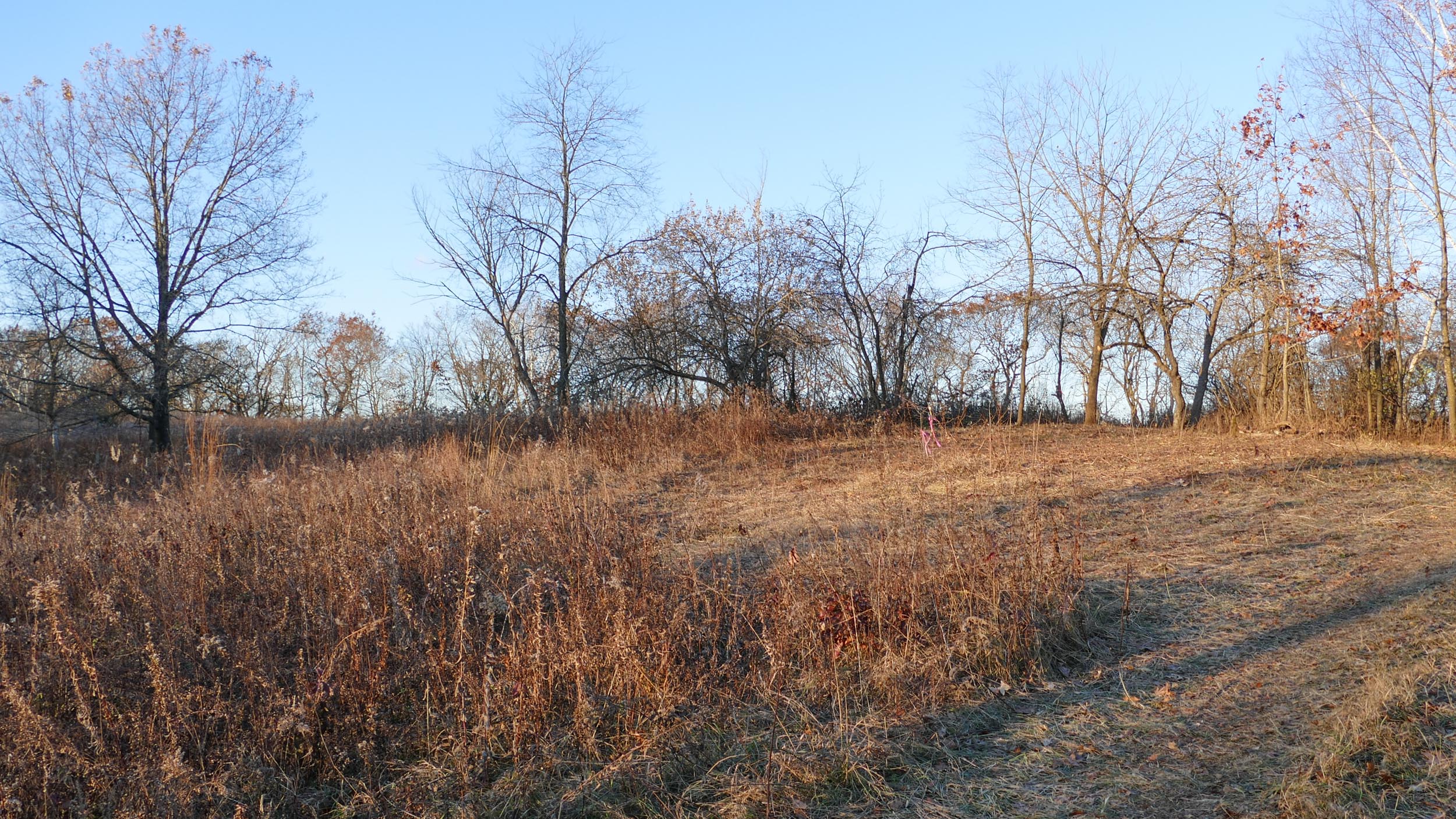 11/9/2017  The trees with pink tape on them are Wild Plum.  I think this was originally a plum thicket, but it got overgrown with other things.  We left the plums, hoping they’ll recover now that they have more room and more light. 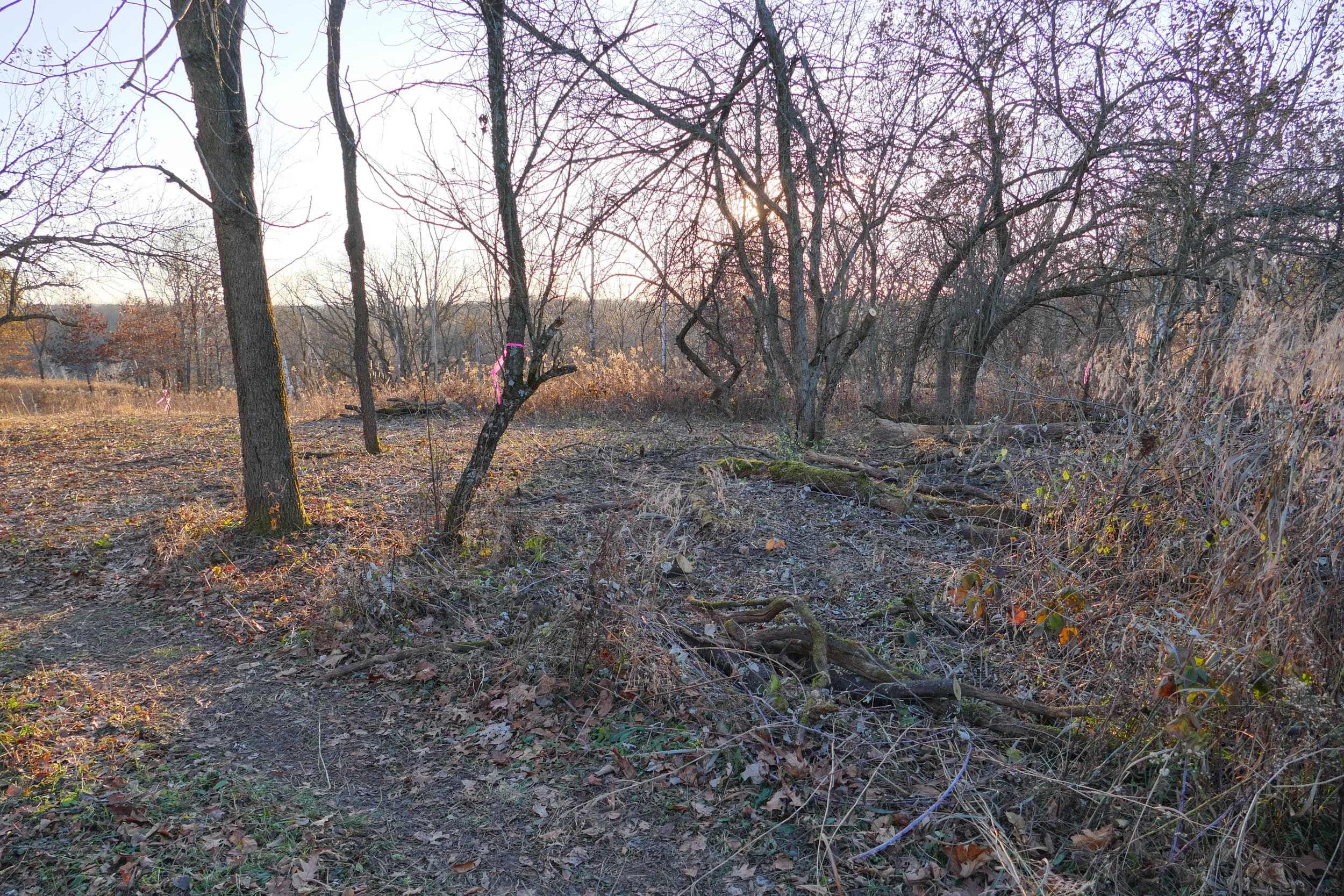 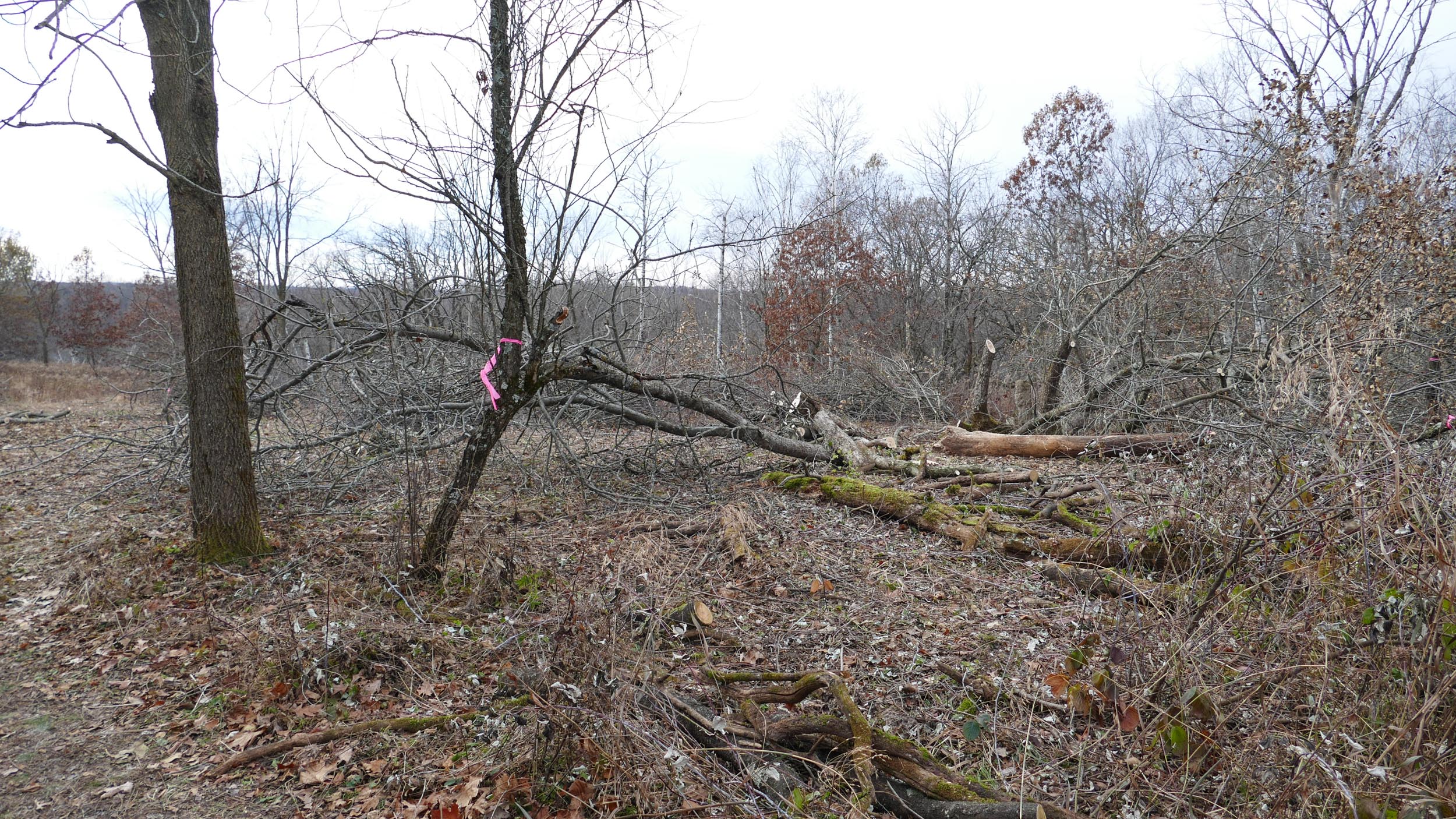 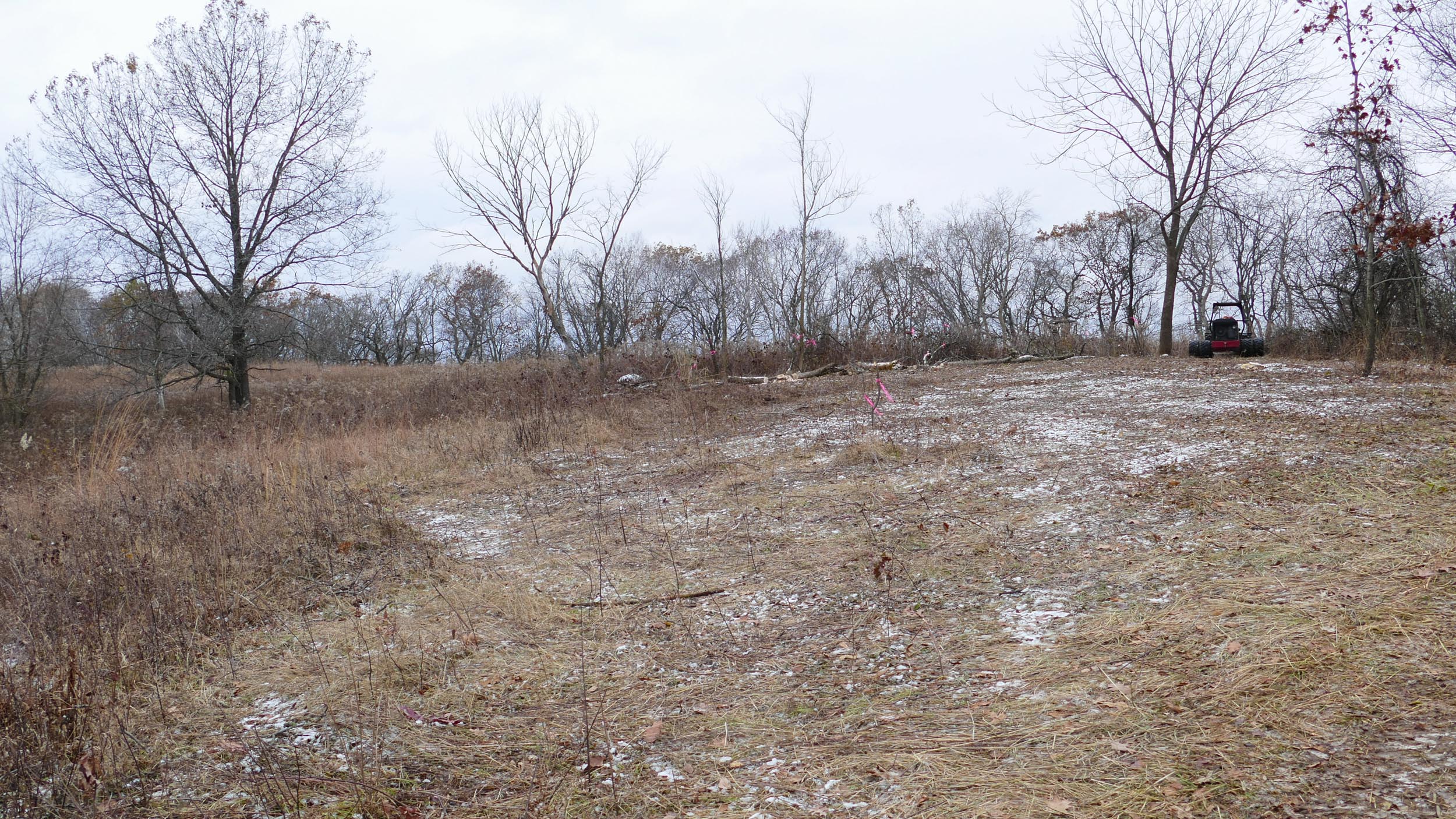 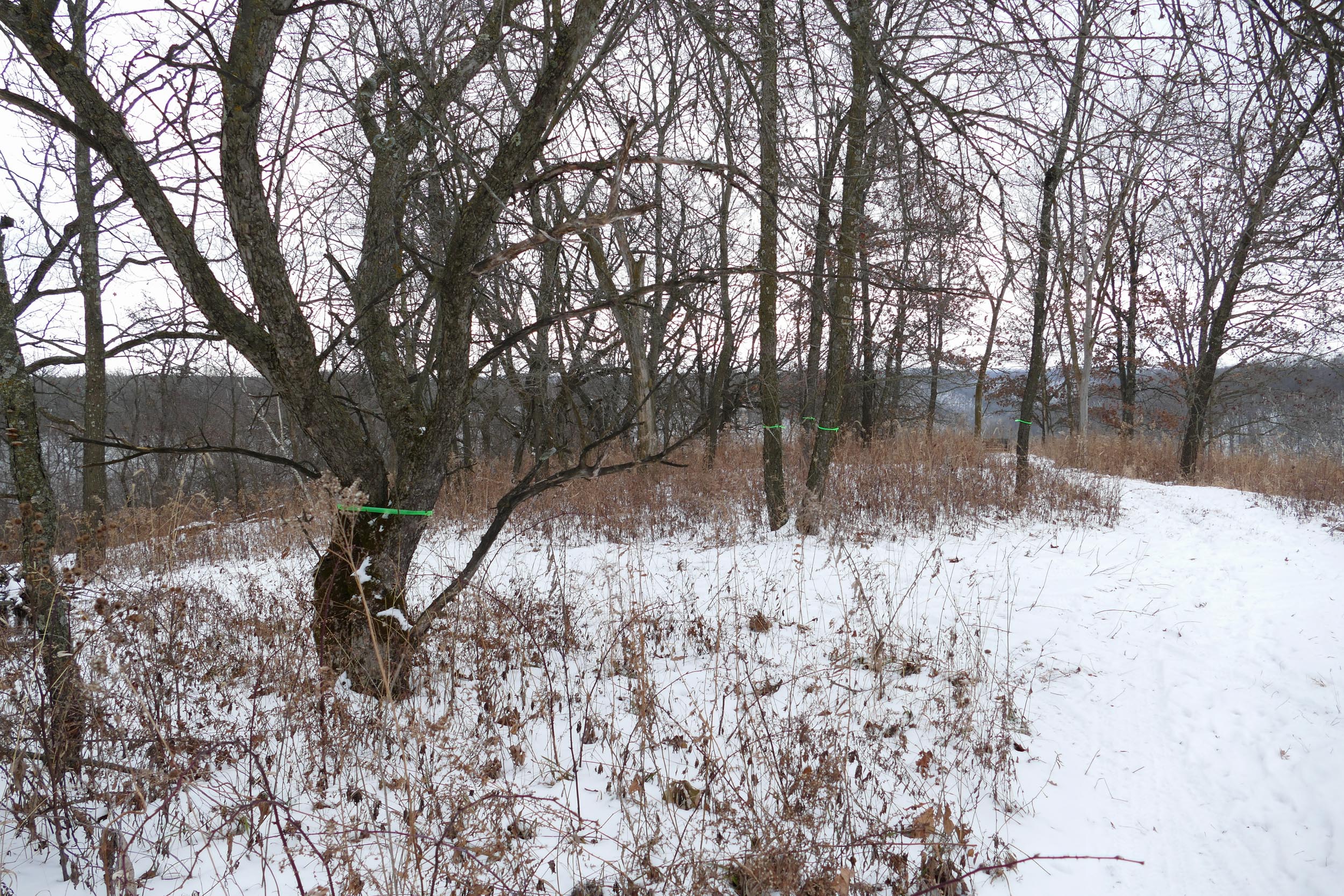 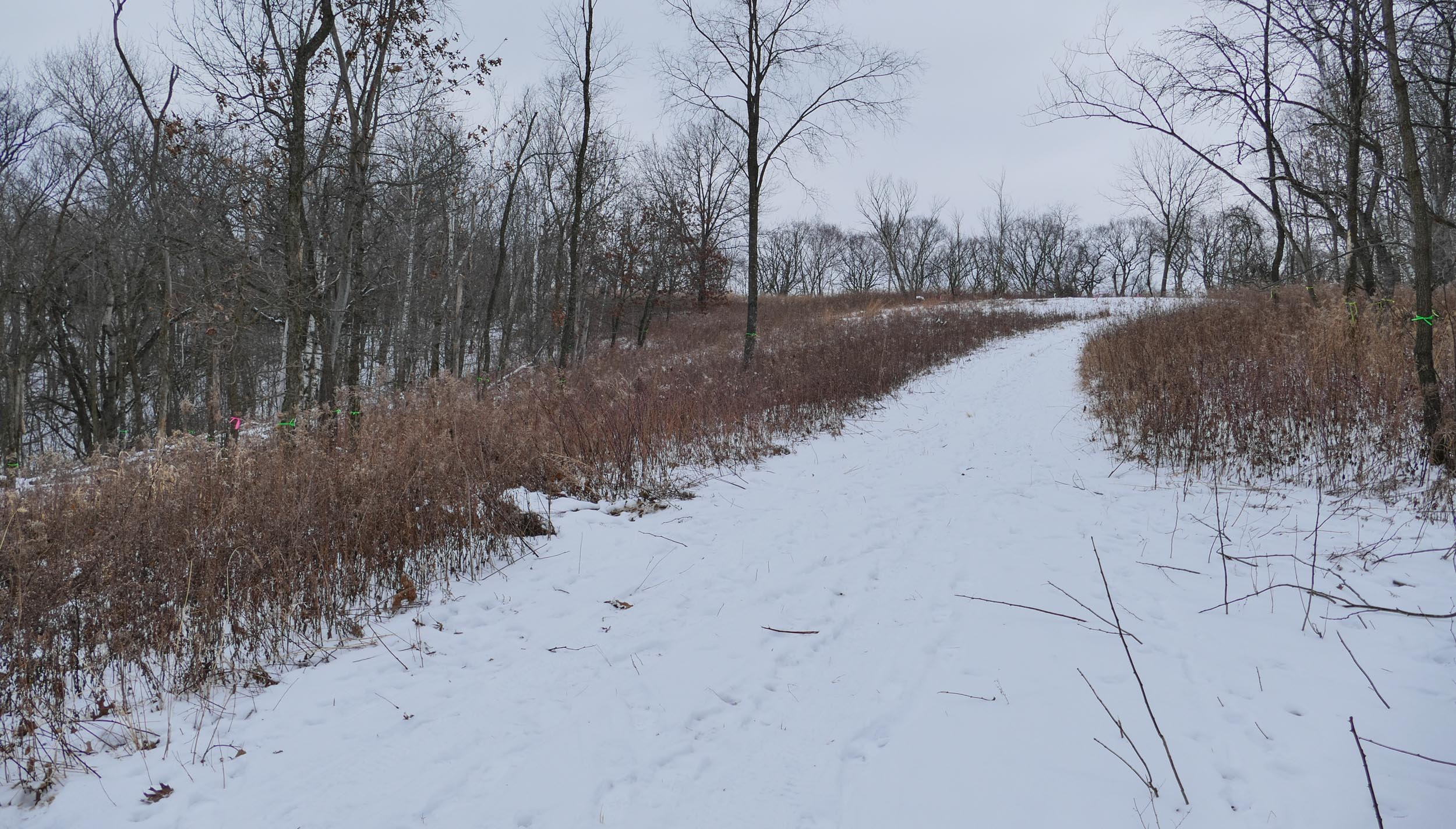 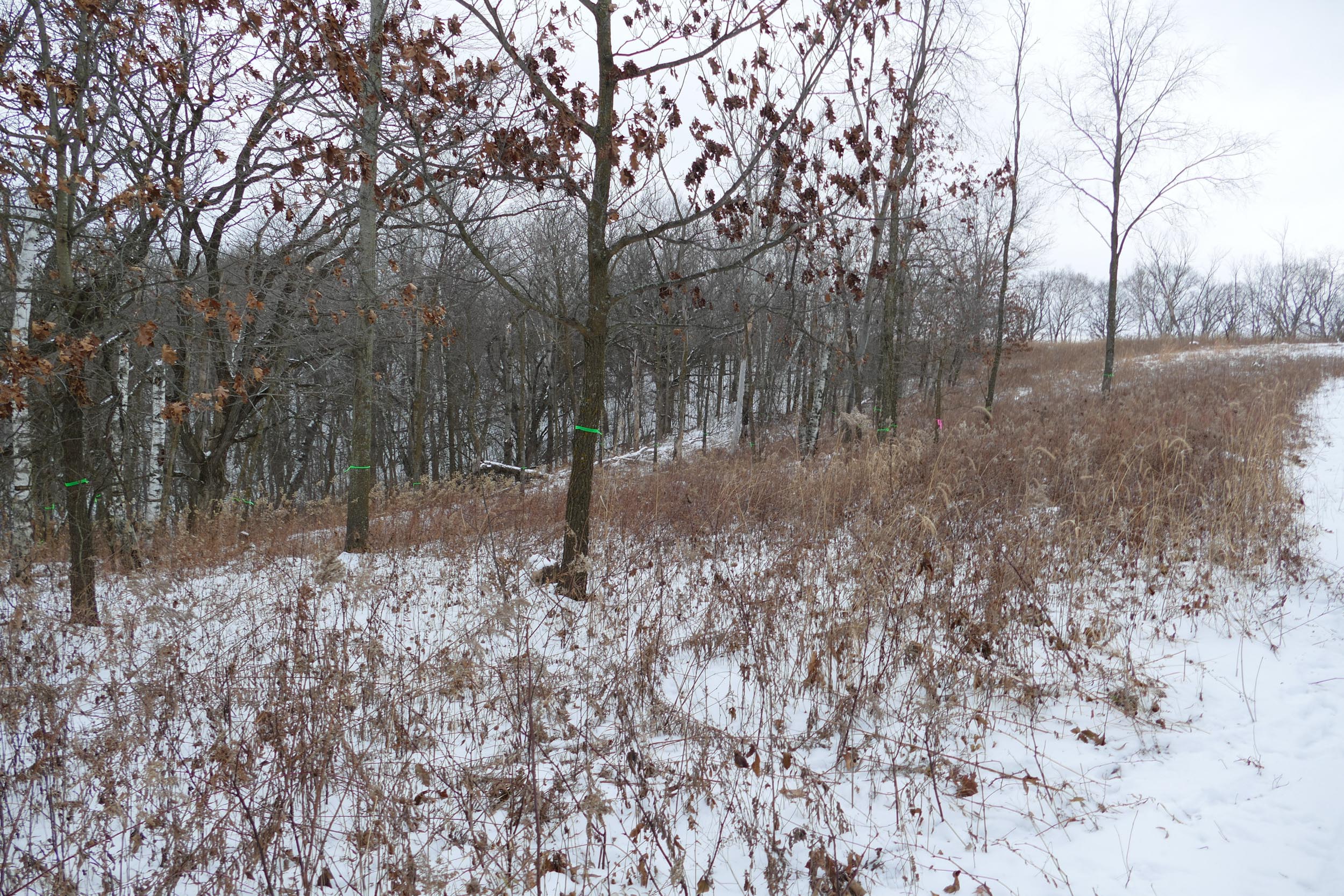 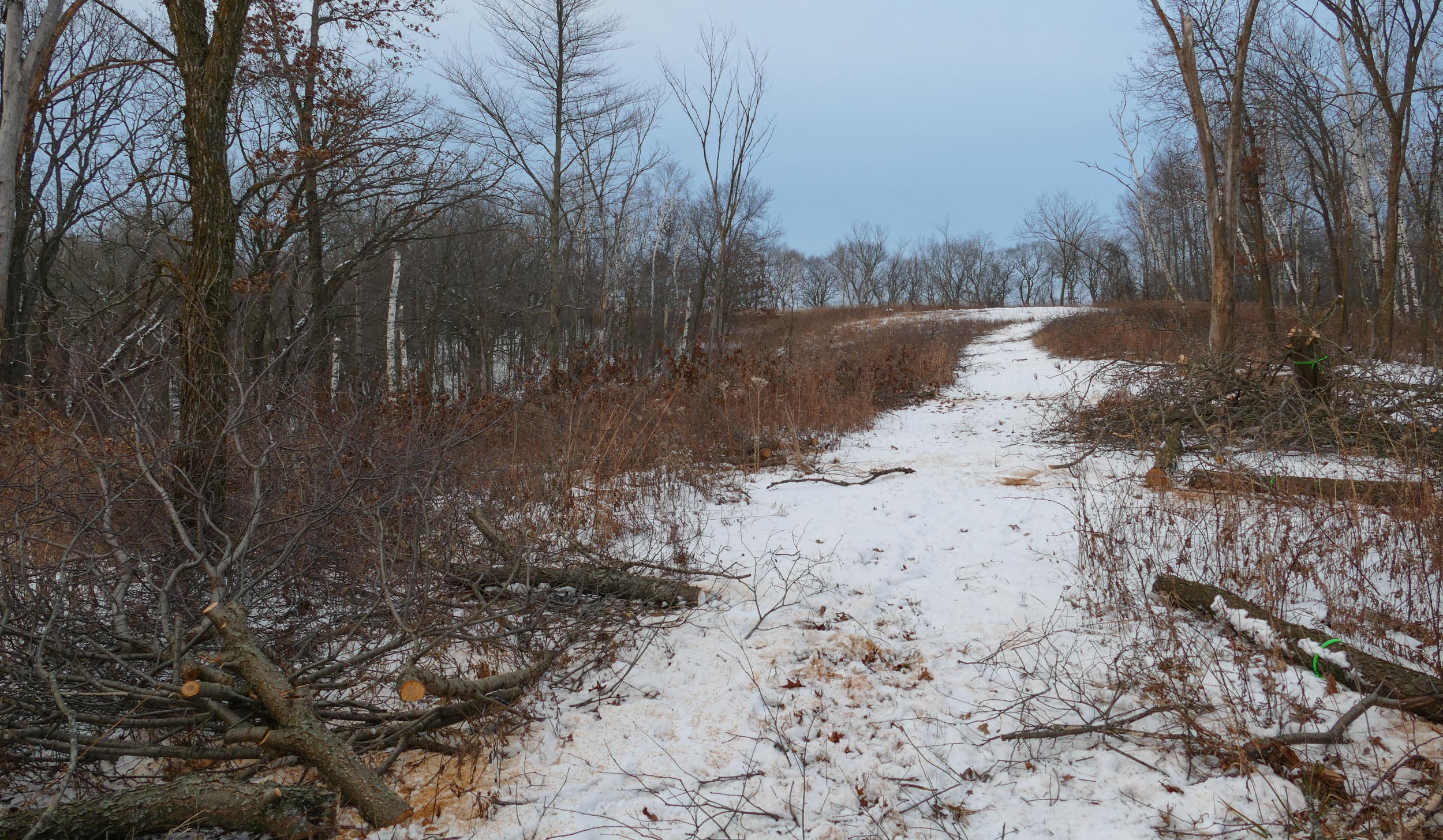 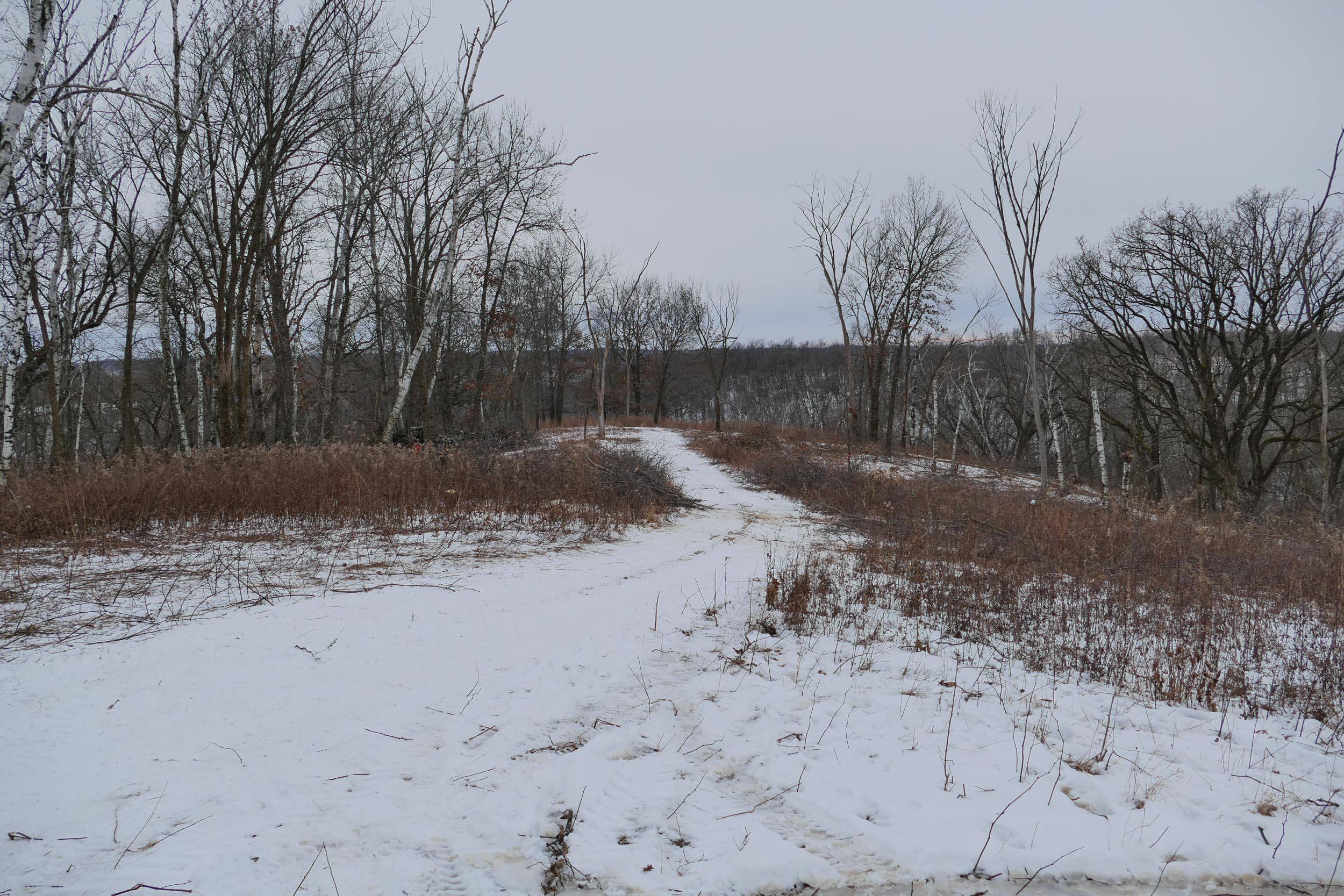 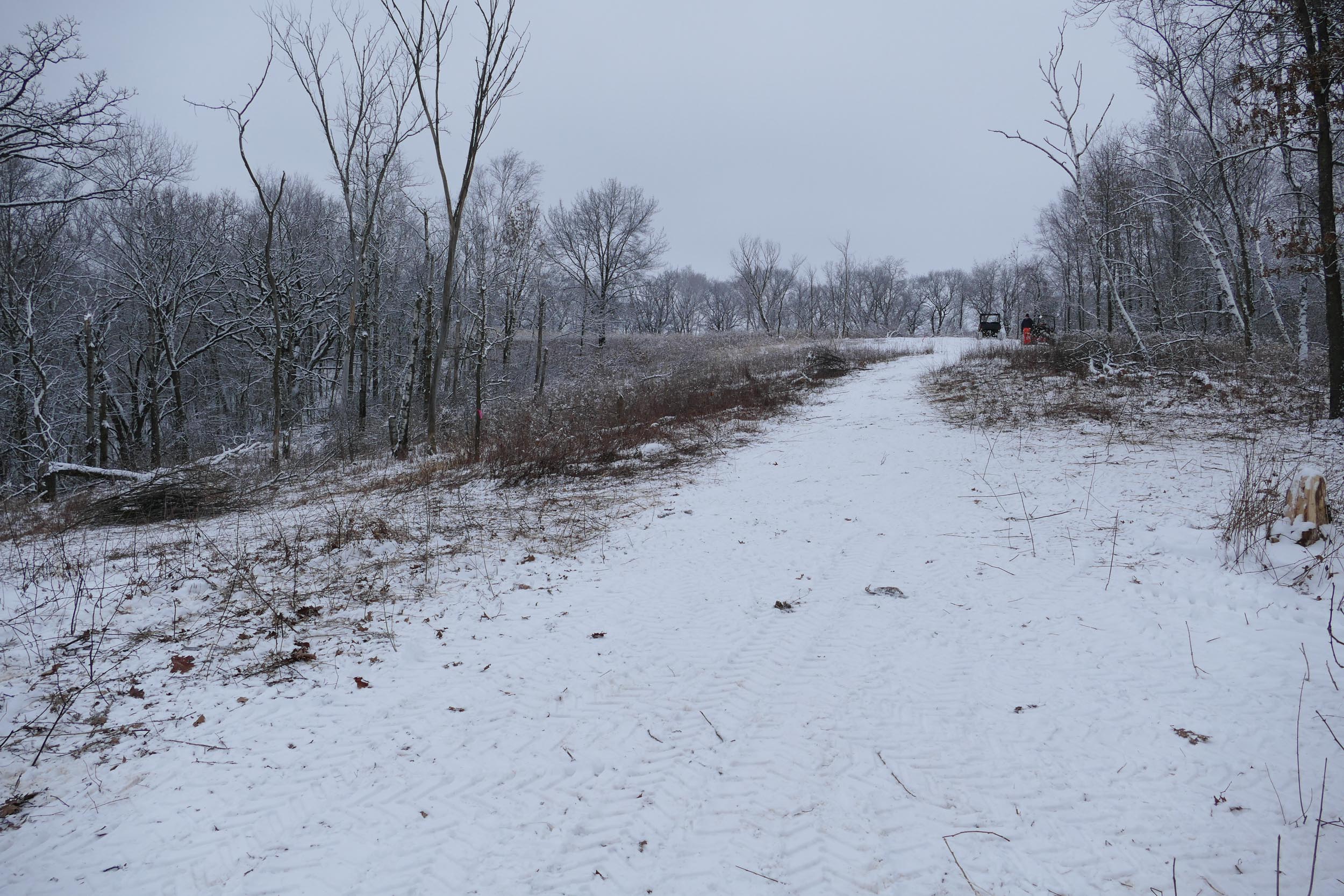 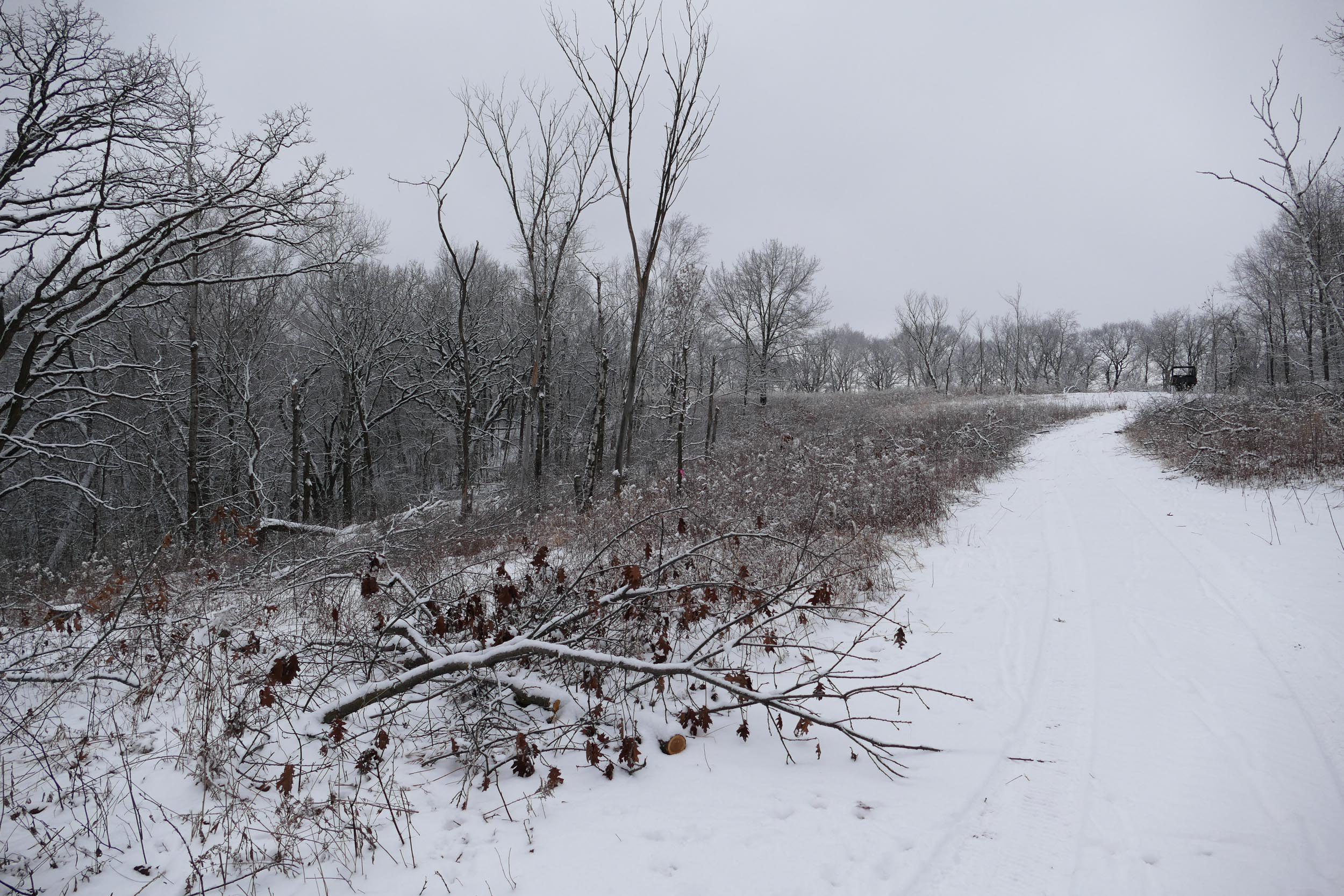 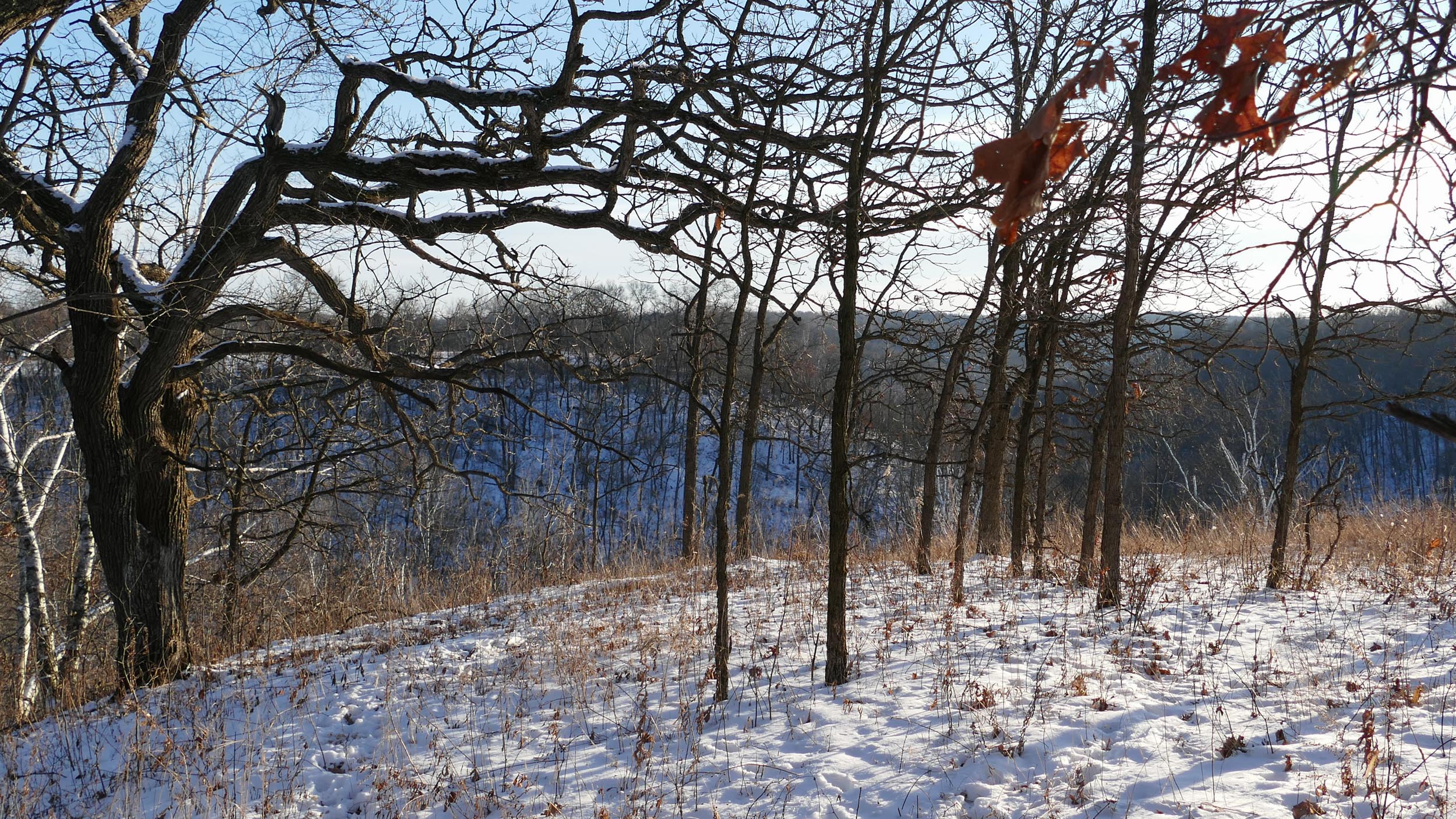