The upper prairie – the area that used to be an abandoned hay field – was planted at the beginning  of 2016, so this was its second summer.  It was still pretty weedy, but there are starting to be prairie plants, and many of them bloomed.  Most of the photos I took this year are of the upper prairie.

The only work we did in the lower prairie was to mow one section, along the lower edge, in early July to see if that would help reduce the numbers of Canada Goldenrod.  We’ve been told that mowing at that time for two years in a row can help. 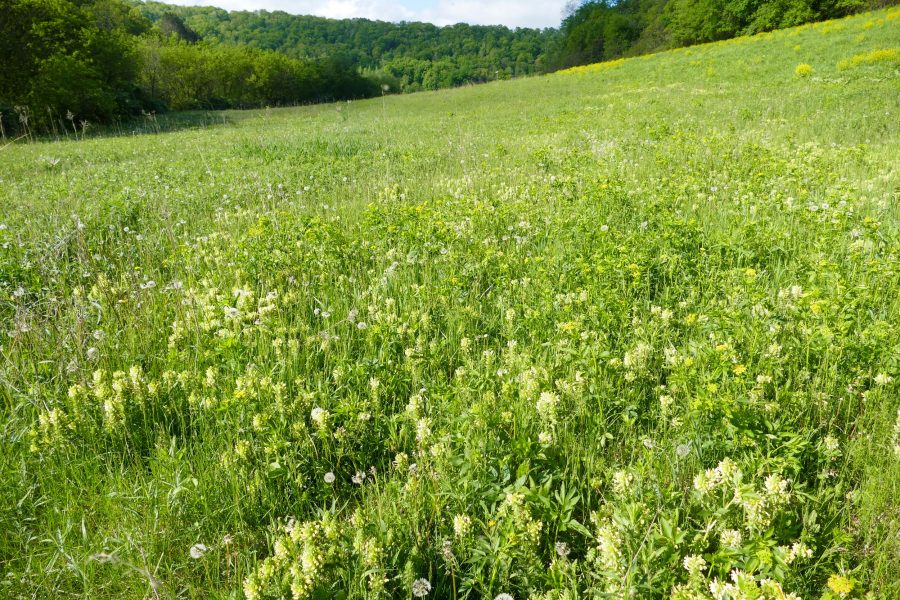 5/25/2017  This shows both the lower and the upper field.  The upper field still has many weeds – including Yellow Rocket (Barbarea vulgaris) which is in bloom.  The area to the left of the path in this photo is the section that we mowed in early July to try to control Canada Goldenrod. 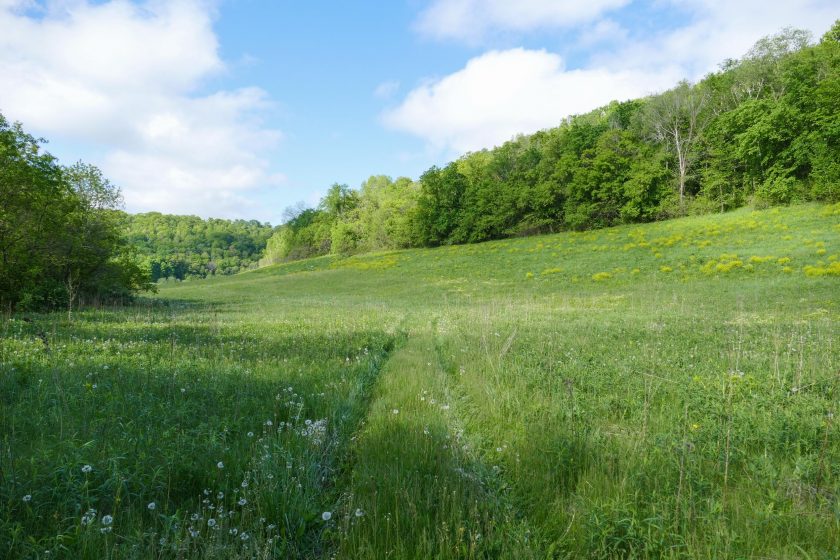 6/29/2017  The upper prairie – with Fleabane and Field Thistle.  Everything grew very tall. 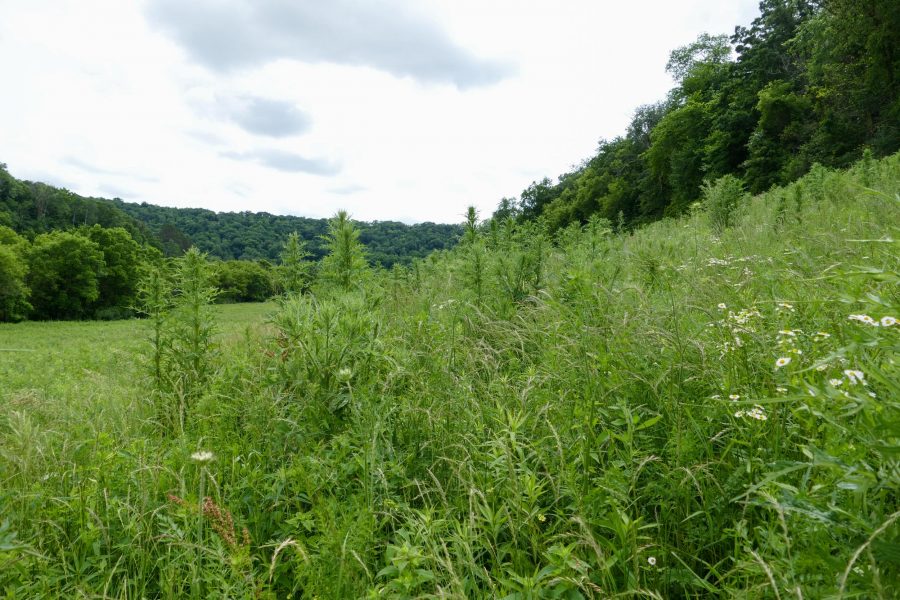 7/10/2017  The biggest weed problem in the upper prairie was Common Mullein.  I spent several weeks cutting off the seed stalks, and treating the cut stumps with glyphosate.  Once the flowers started blooming, I took the cut stalks to the compost pile so they wouldn’t spread their seeds.  I didn’t get all the plants, but I think I got more than half – and hopefully that will help. 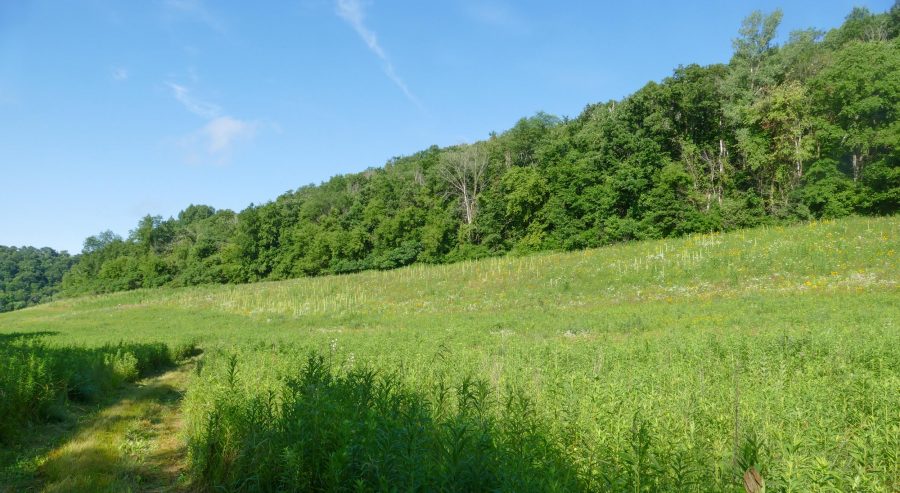 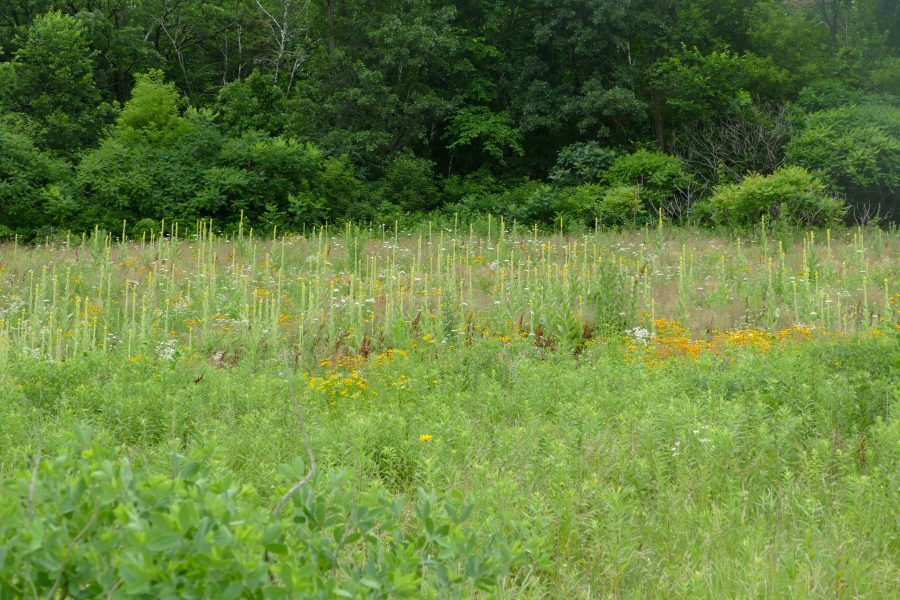 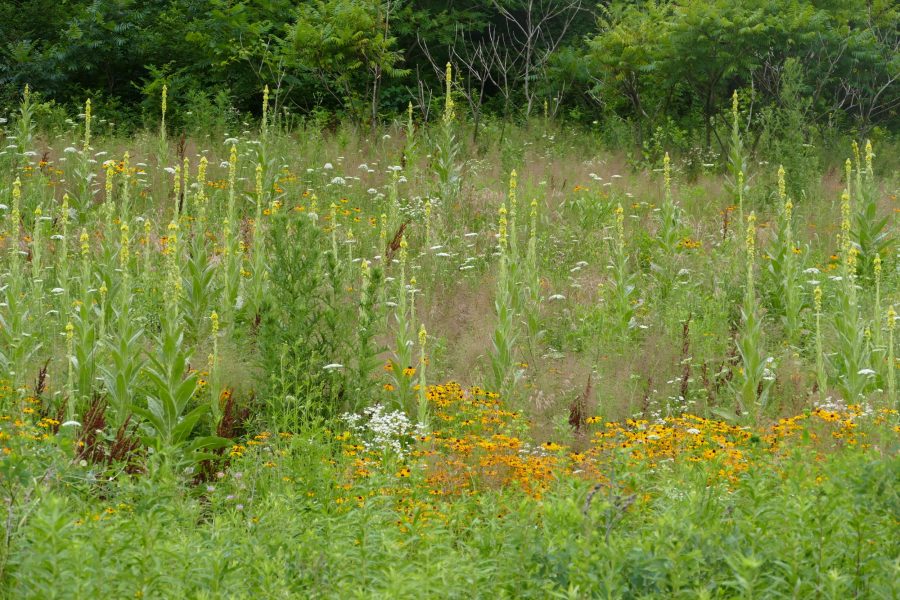 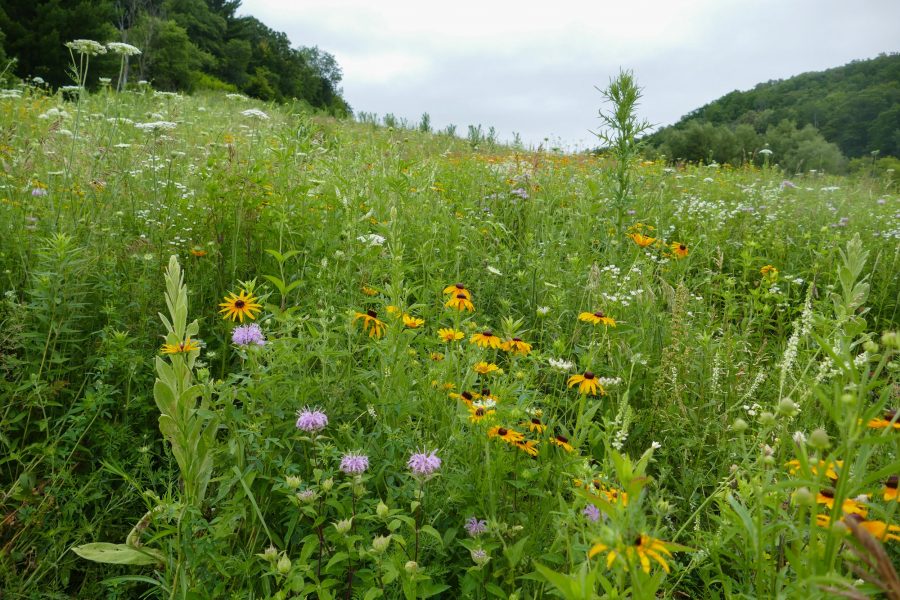 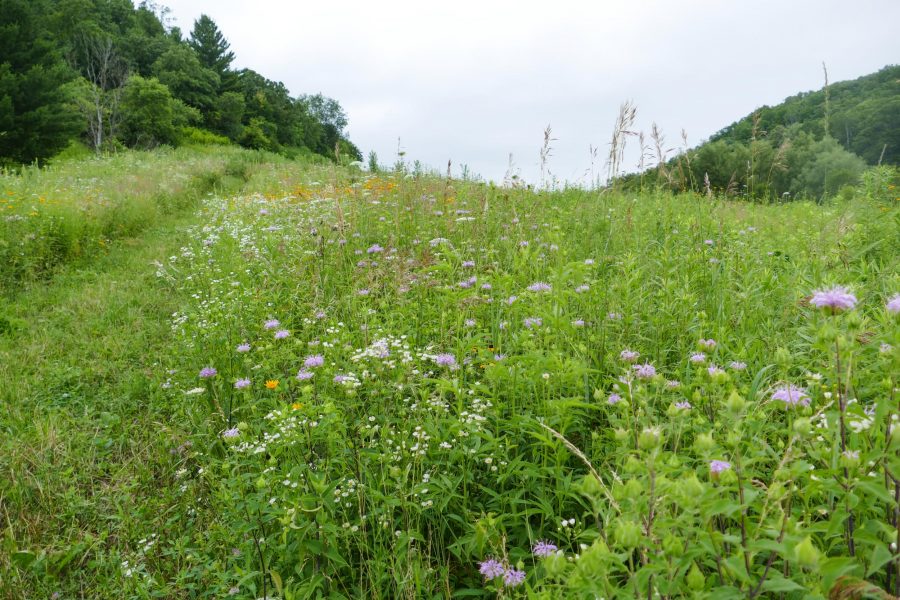 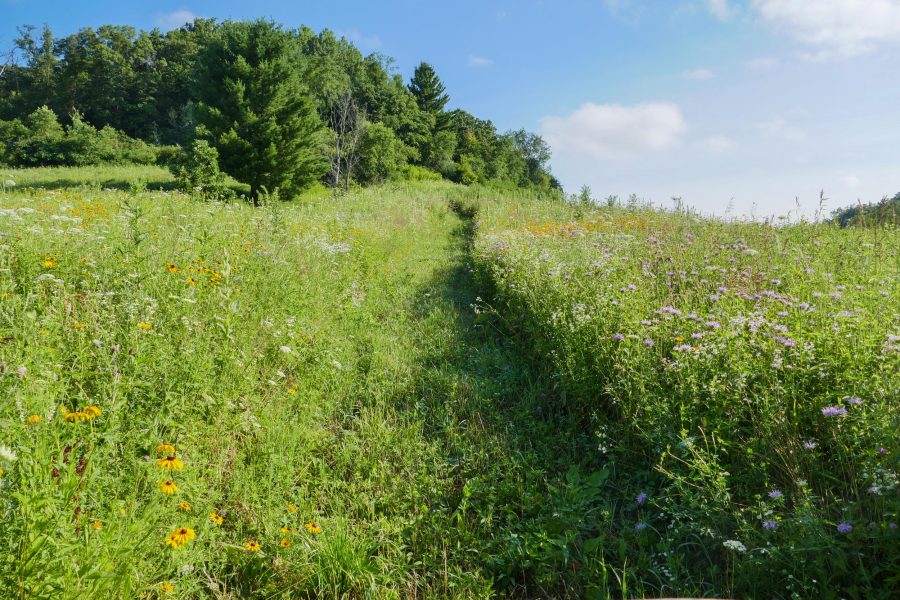 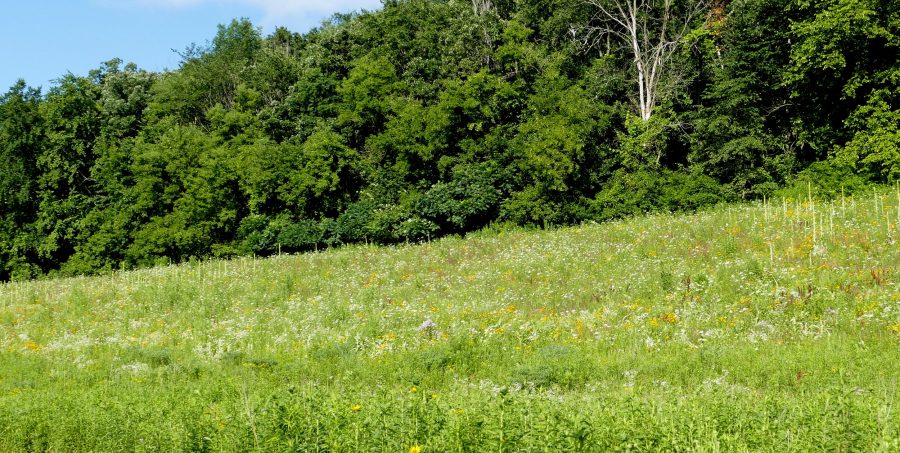 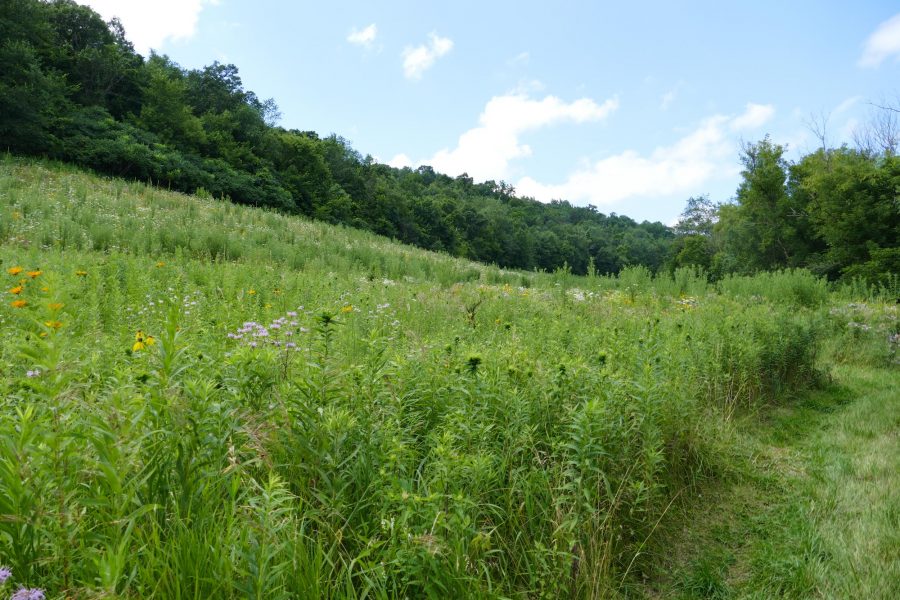 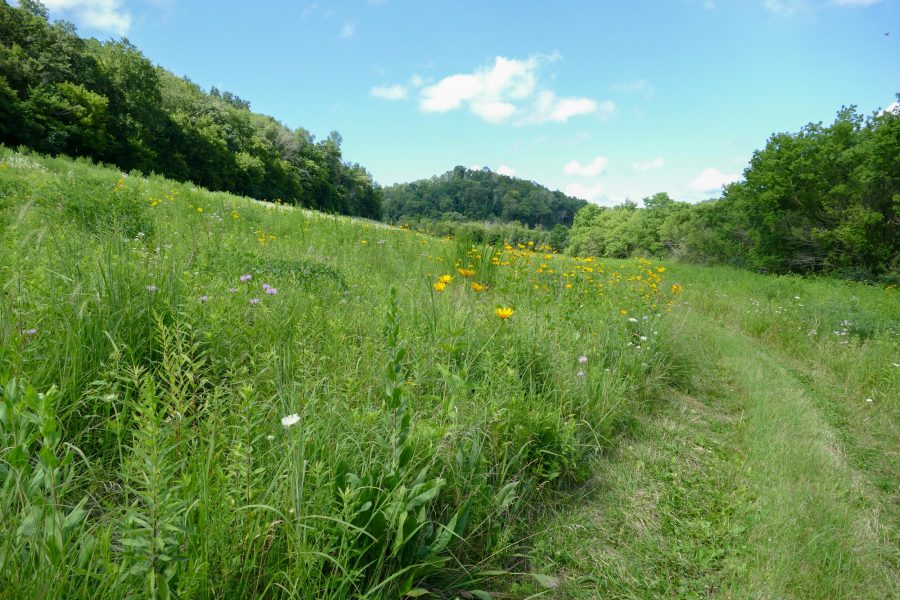