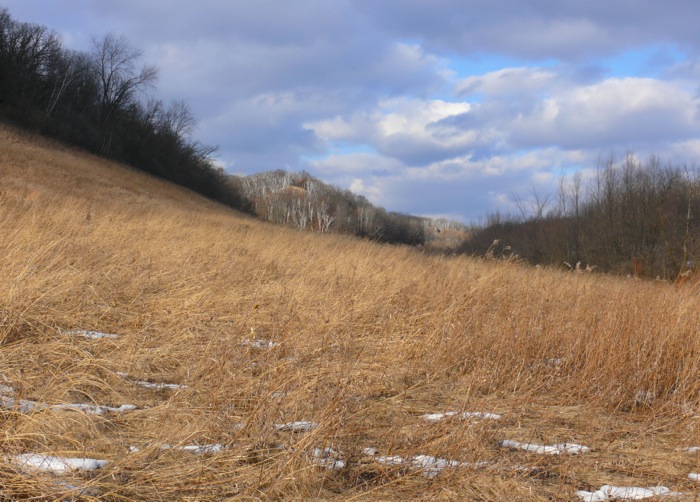 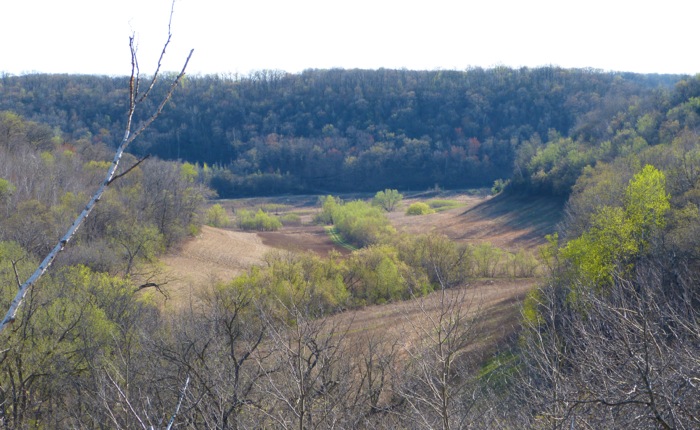 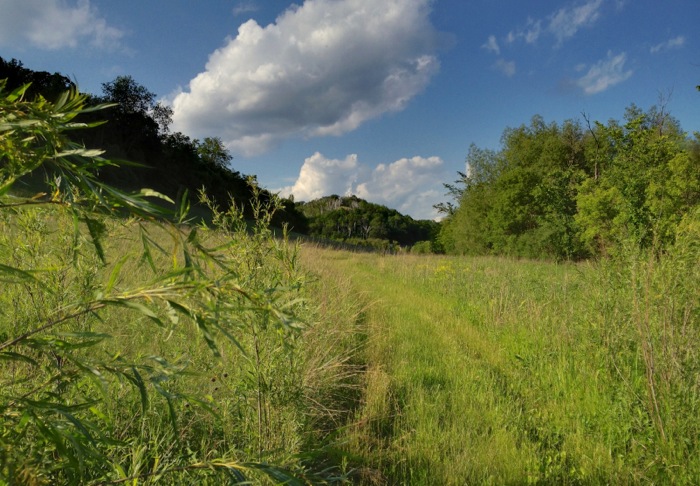 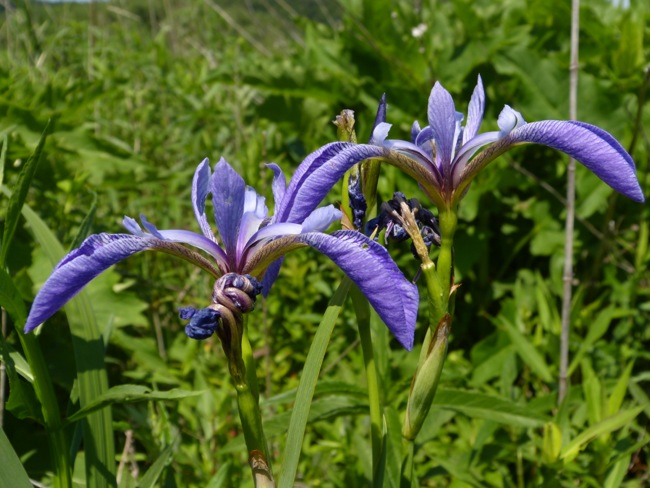 6/15/2012  These are Blister Beetles (Lytta sayi) in a mating frenzy.  Daniel Marschalek, who is studying blister beetles in Wisconsin, says:

“They can form large groups that can eat most of the leaves/flowers of a certain plant or plant species, then disappear a couple days later.  I don’t think they typically kill the plant, just remove a lot of leaves/flowers that particular year.  It seems they may or may not be present at the same location every year. So it’s not a certain thing that they will return next year.”

We saw them here, in Pat’s Prairie, and also in some of the upper prairies.  They seemed especially fond of the leaves and seed pods of White Wild Indigo – most of our plants in those places were completely stripped. 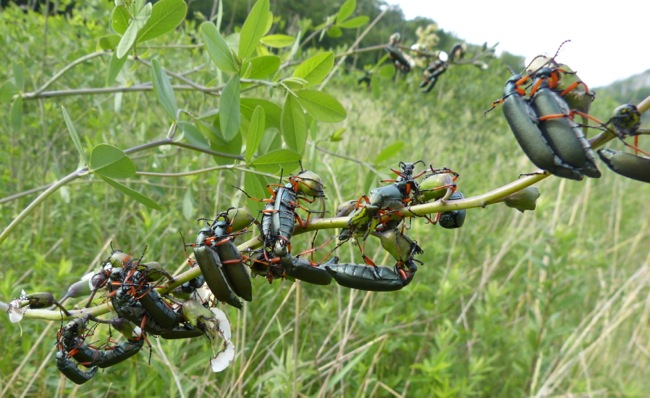 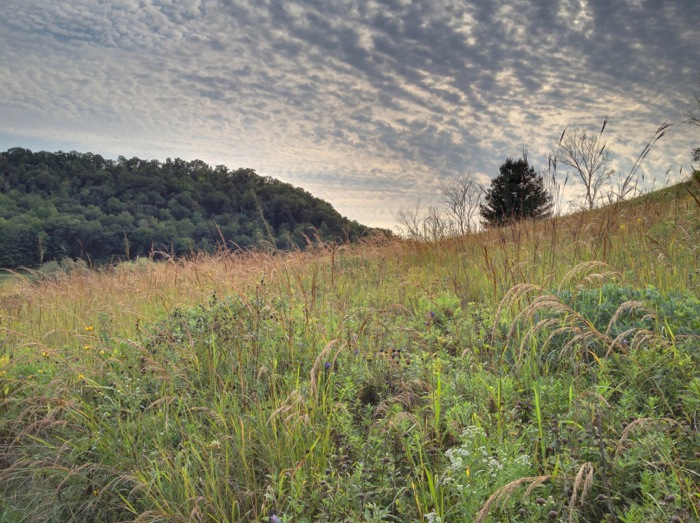 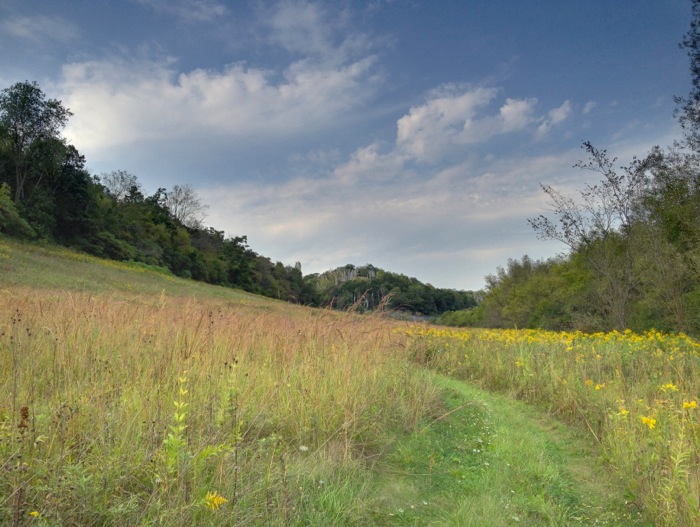 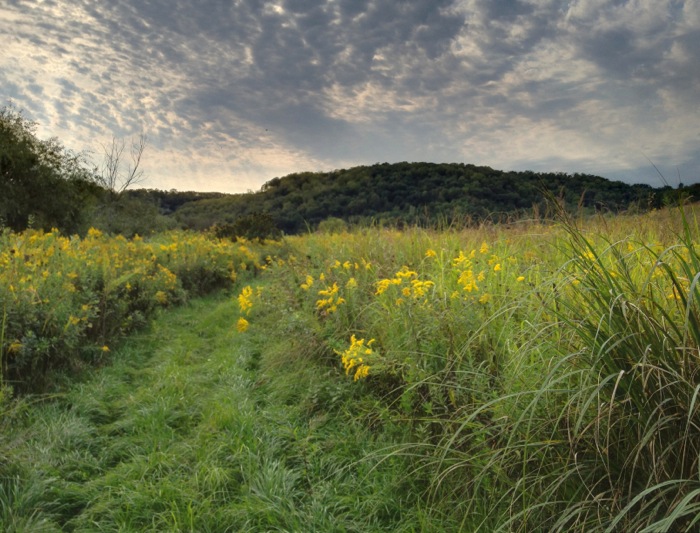