8/1/2004  This is still my favorite view, so I try to take one photo from about here every summer. 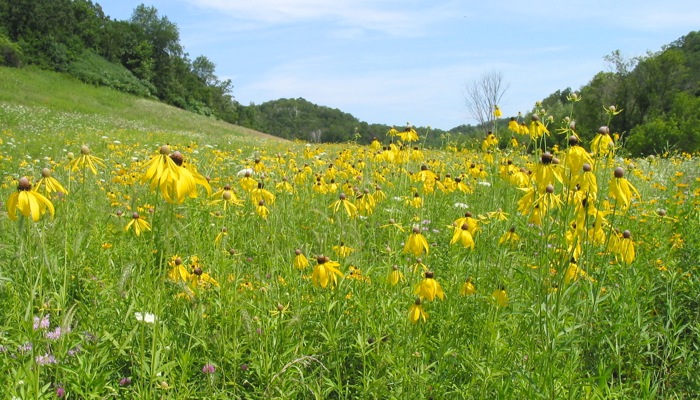 10/11/2004   The mowed upper field is very green as everything else is turning brown.  It’s mostly Smooth Brome and Canada Goldenrod. 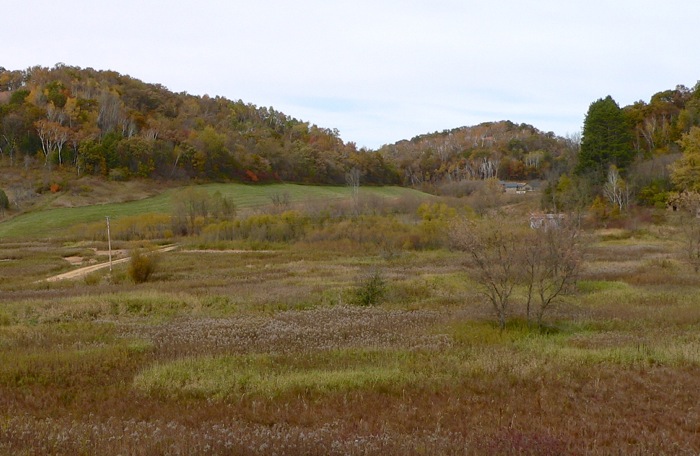 10/16/2004  We also, eventually, mowed the lower prairie as well.  We mowed a lot those first few years – someone had told us that it was a good idea.  Later, after we’d had more experience, we started mowing every 3 weeks or so the first summer, but then less the second summer, and after that, only if it needed mowing.  This is Mike’s brand new Powertrac tractor. 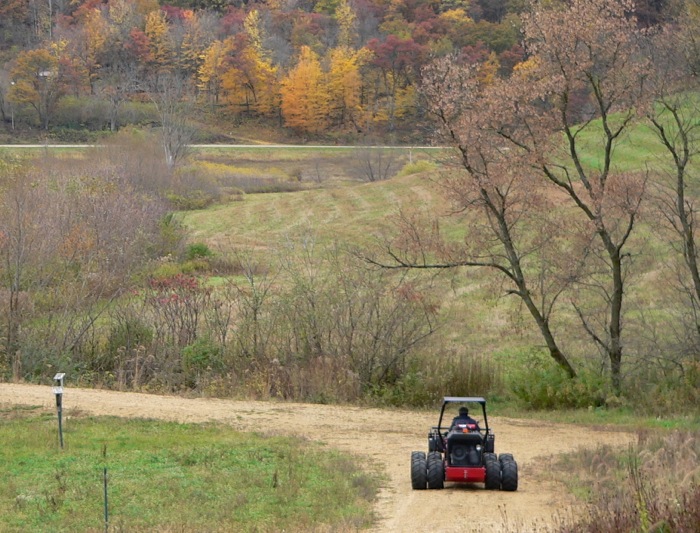 10/17/2004   The big advantage of the powertrac is that it will go on steep slopes – and we have a lot of those.  So Mike wanted to test it out.  We decided he should try clearing some of the brush that the loggers on Pine Point had left behind. 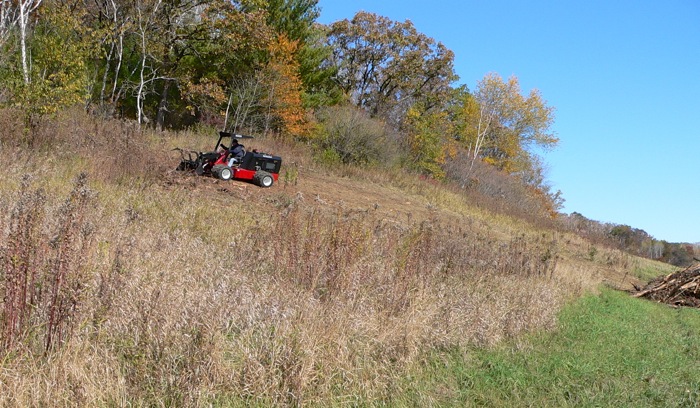 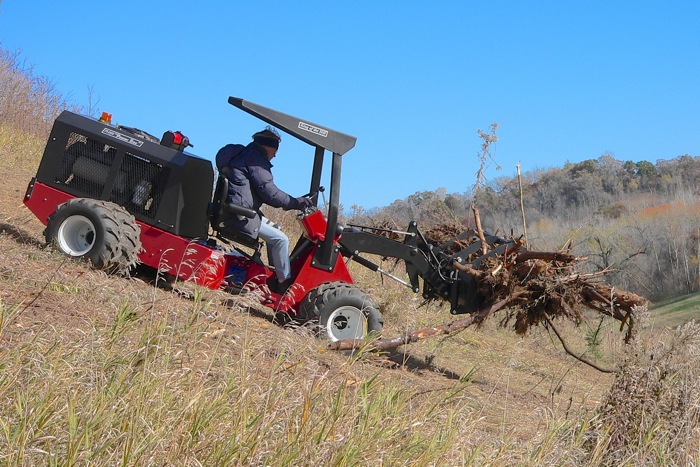 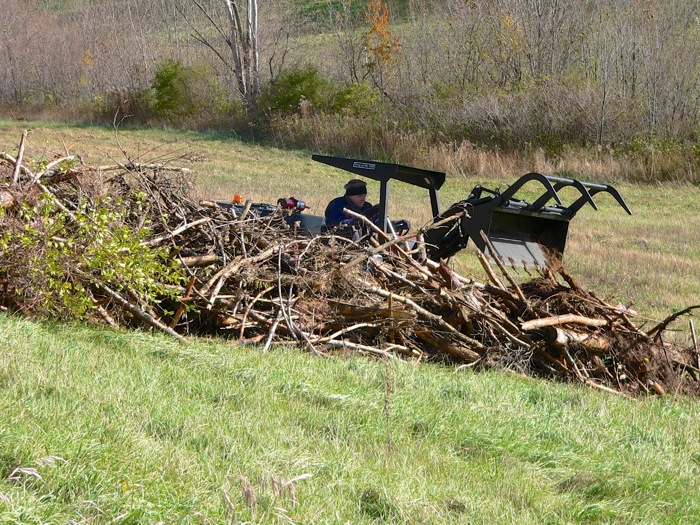 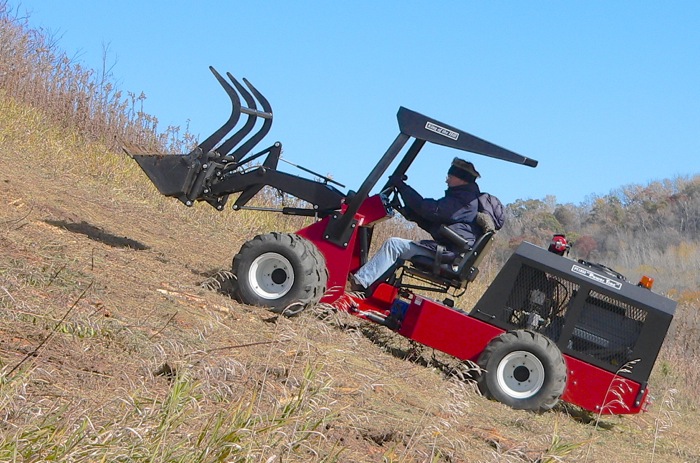 10/23/2004  Center Valley with storm clouds.  Our brush pile is still sitting at the top of Pat’s Prairie.  Soon after we burned it.  It took a whole day to burn, and we had to monitor it to be sure it wouldn’t start a fire anywhere else.  That was one of the last brush piles we burned.  Now we just move them into the woods, in an out of the way place, and let them decompose. 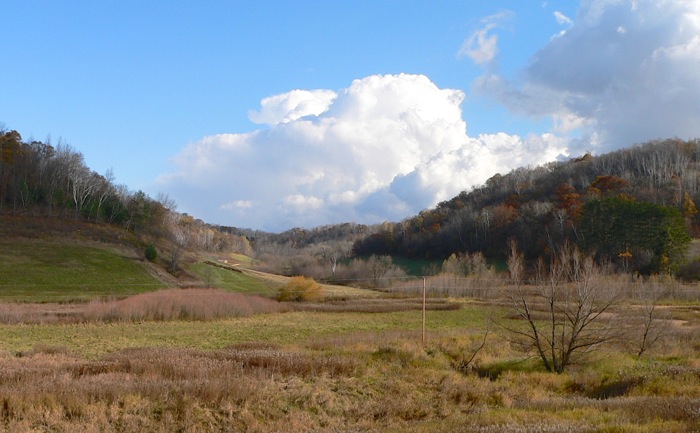 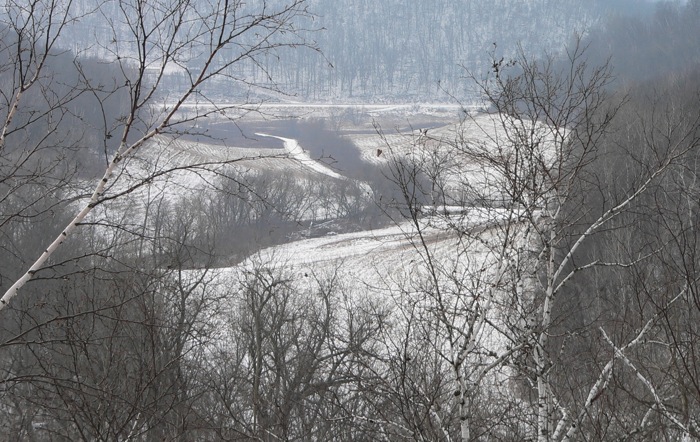