Caterpillar foods: Alfalfa and other plants in the Pea family (Fabaceae) 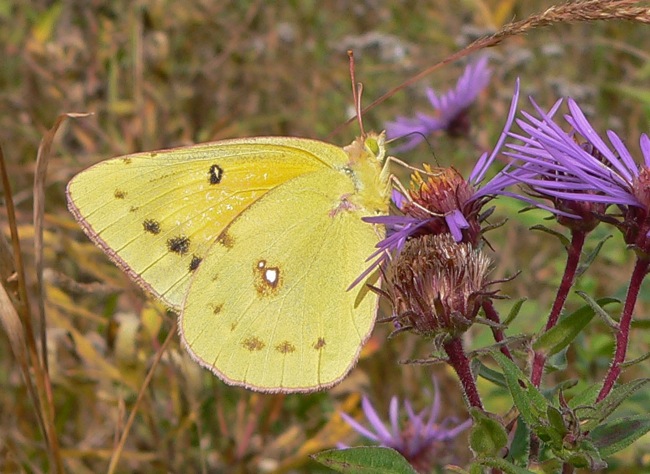 I just found this photo – Mike took it on January 28, 2002.  I wonder what an Orange Sulphur was doing flying around in January.  They overwinter as chrysalises – maybe there was a spell of warm weather and it hatched too soon.  This shows the wide black and yellow bands on the female’s upper forewings. 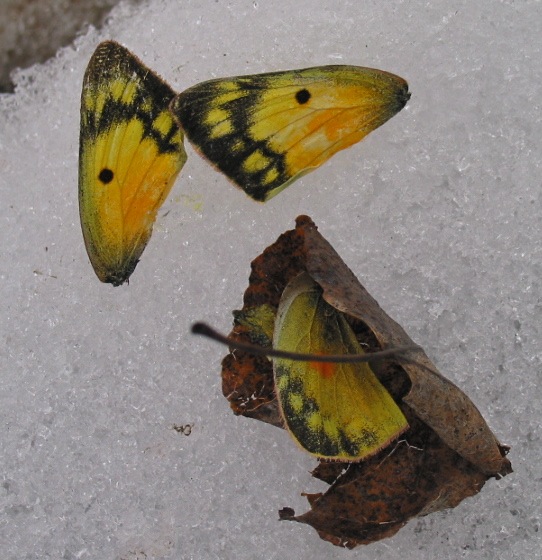