Caterpillar foods: plants in the mustard family (Cruciferae) including common garden vegetables like broccoli and cabbage

Cabbage Whites are originally from Europe and North Africa, and were introduced to North America in the 1860s.  They are now common in most places in the U.S.  They’re one of the most familiar butterflies both in cities and the countryside.

I start seeing Cabbage Whites quite early in the spring – this photo was taken on April 23, 2005.  These are both males – males have one spot on the top of the front wing, females have two spots. 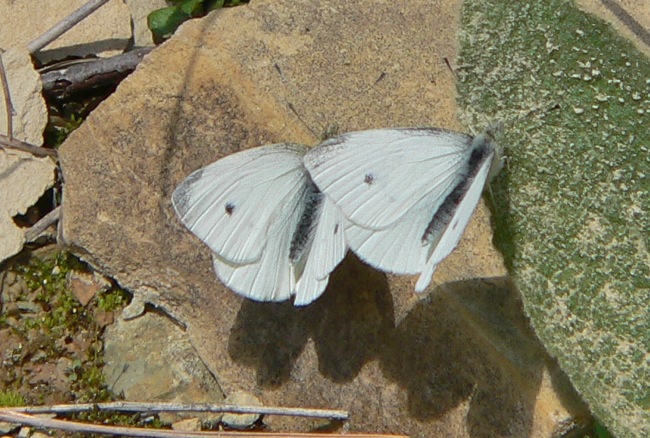 A mated pair – the underside of the hind wing is pale yellow with dark speckles. 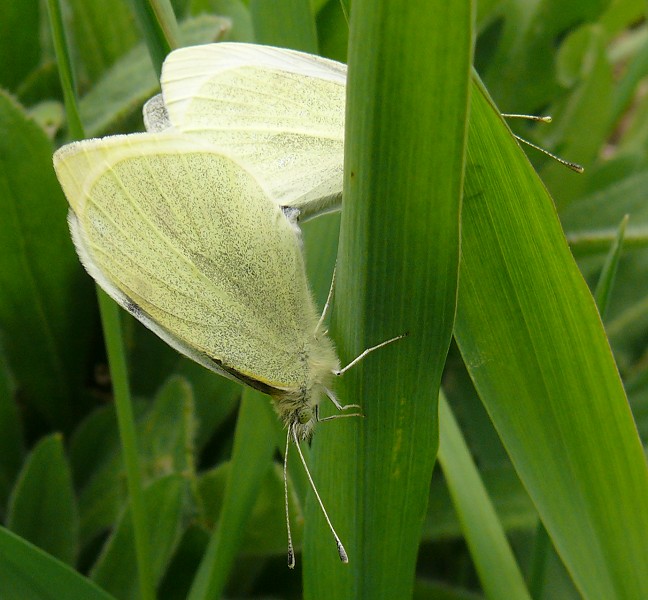 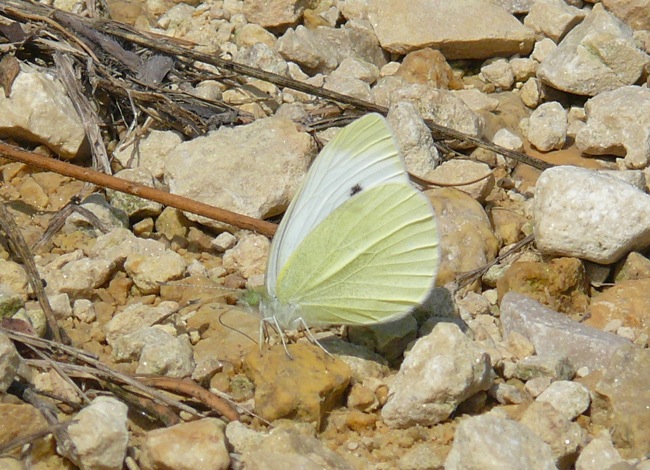 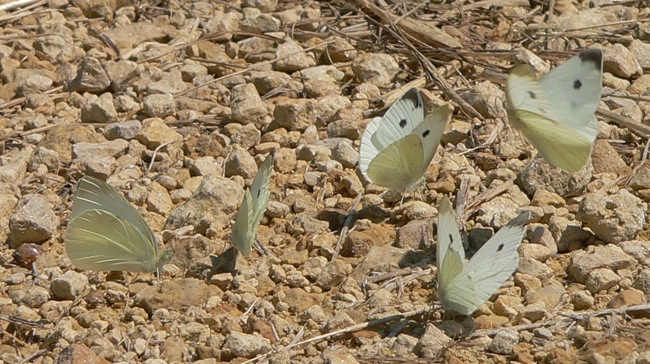 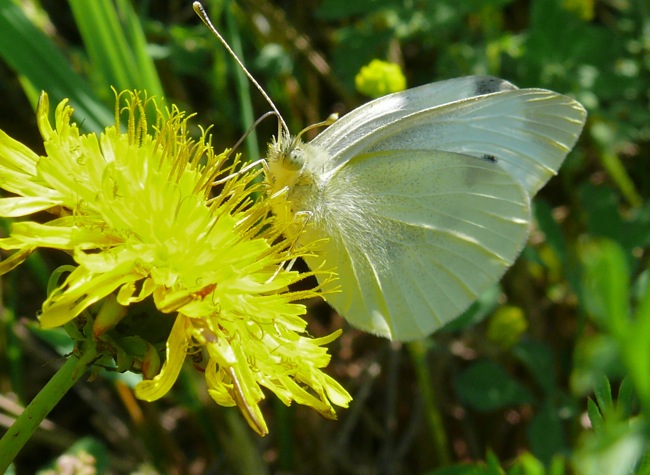