Female Tiger Swallowtails can either be yellow and black, like the males, or all black. Usually the dark tiger stripes can be seen on the wings – as in this black female seen on 8/8/2005. 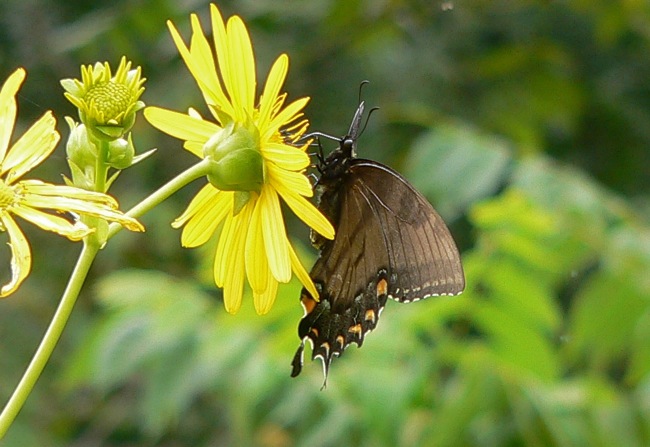 Eastern Tiger Swallowtail – probably a male – was on our driveway 8/2009. 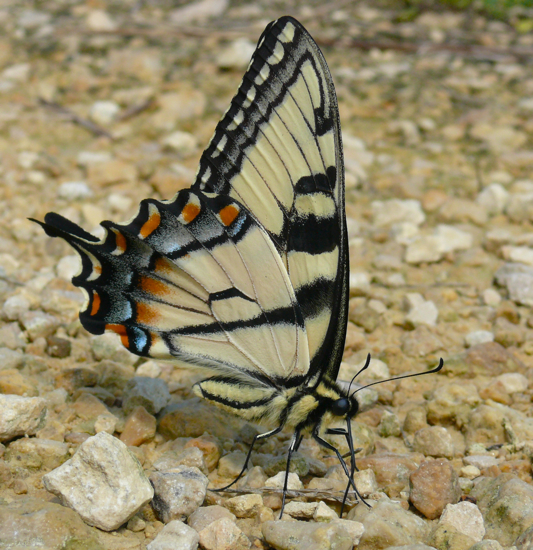 The males often congregate on our driveway to suck up salts that are used for mating. 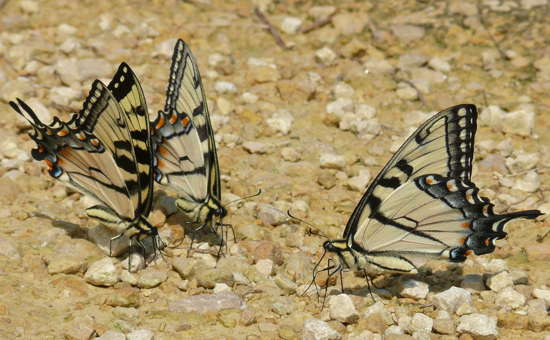 Male on common milkweed – above, males have a wide black border on the hindwing, with a few blue spots near the tails. 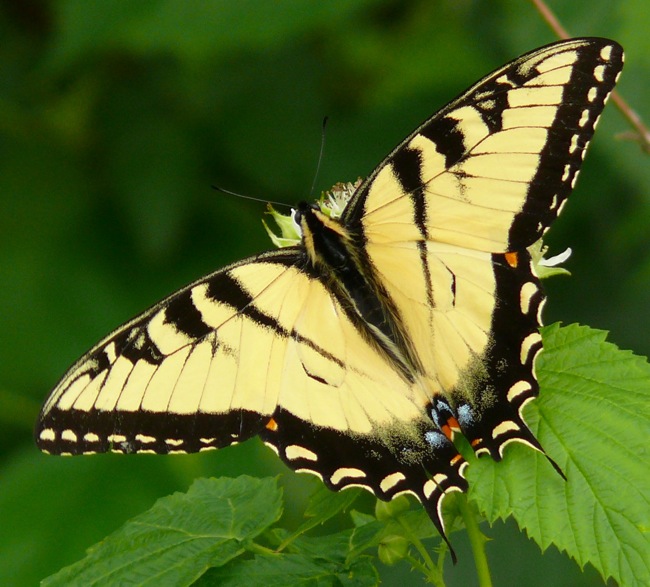 Female on common milkweed – above, yellow females have a wide blue border on the hindwing 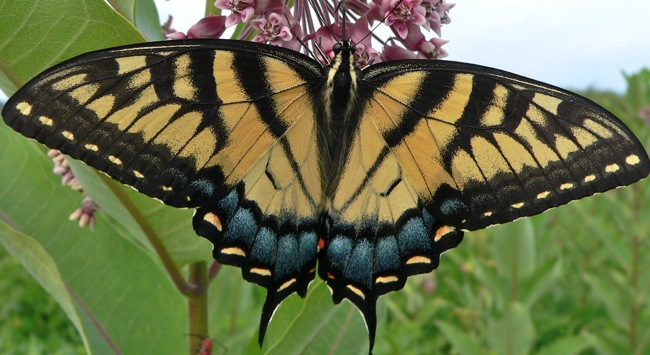 A few times I’ve seen females that have coloring mid-way between the black and yellow forms. 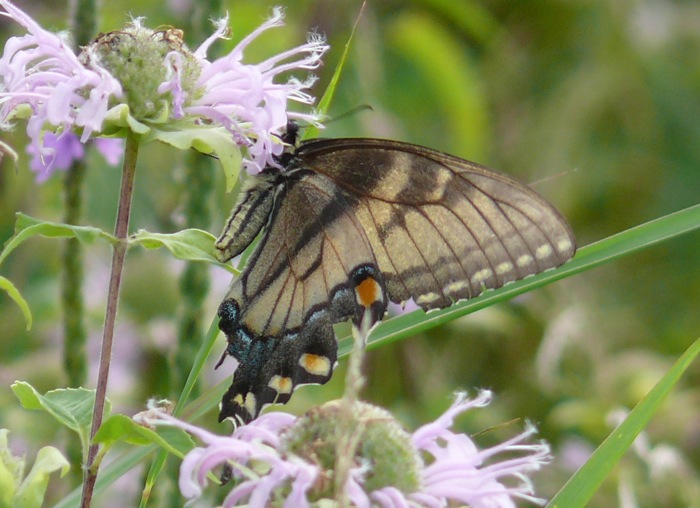 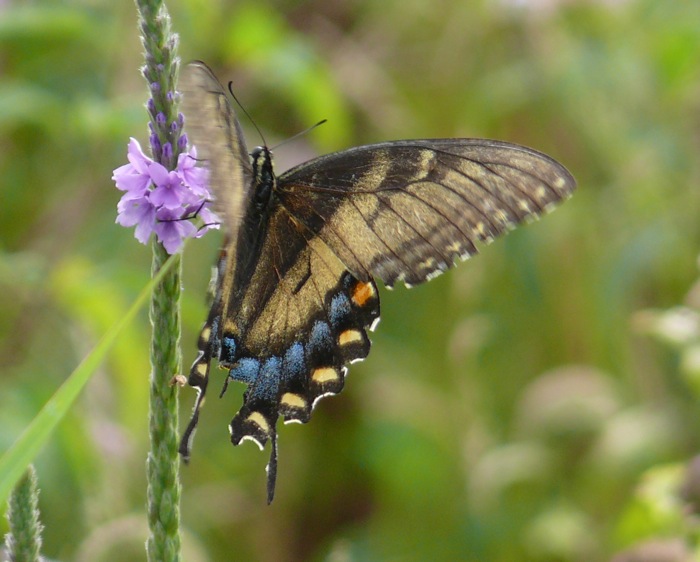 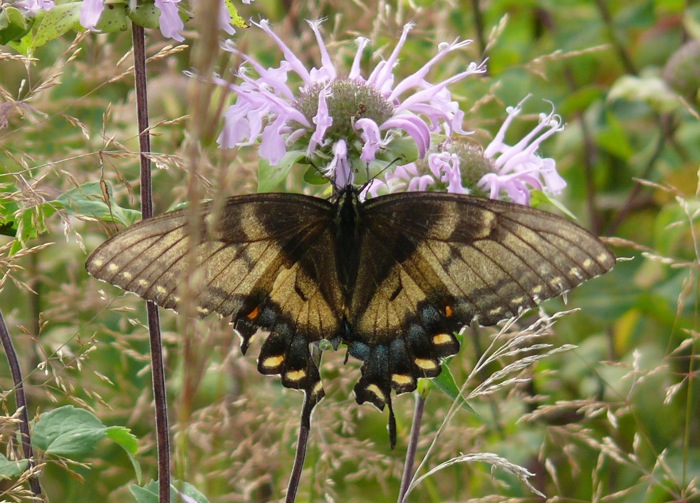 I found this early instar Tiger Swallowtail caterpillar on the top of a Wild Black Cherry leaf (Prunus serotina) on June 15, 2009. 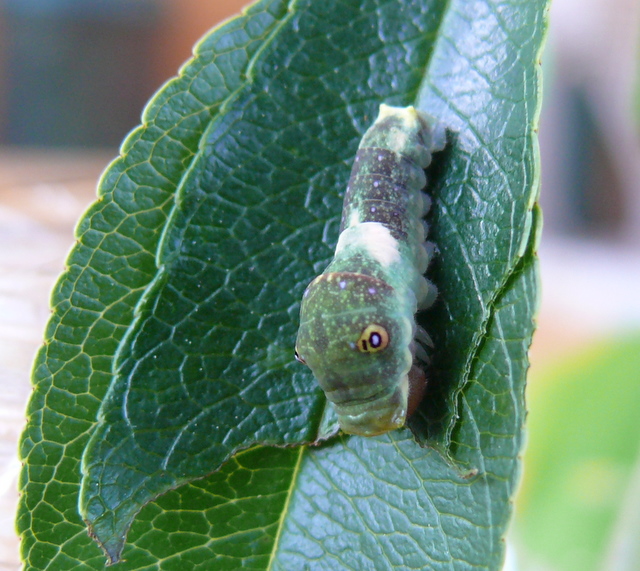 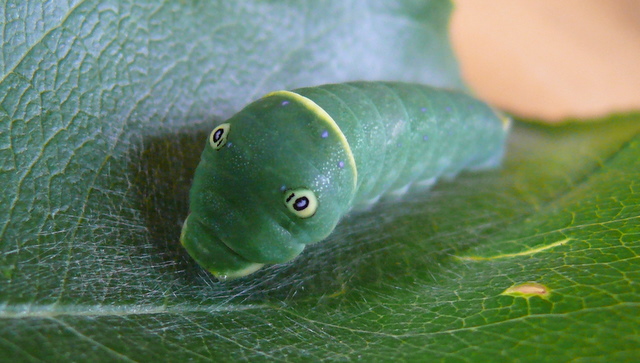 At this point, it spent much of its time resting on top of one of the leaves – returning to the same leaf each time.  It fastened itself on with silk, and the leaf hung straight down from the branch. It would leave the leaf to eat other leaves – but never ate its resting leaf.  This shows the silk that it used to fasten itself to the leaf. 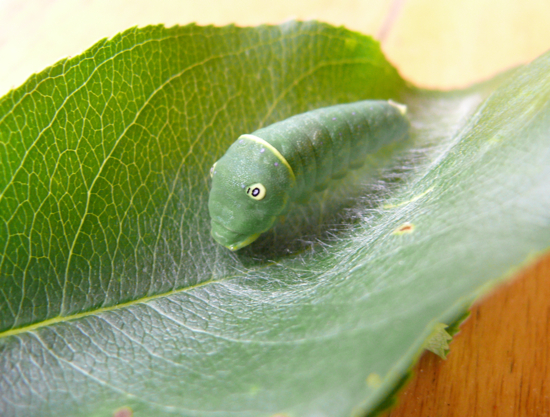 Here’s the larva hanging on its leaf – on June 27th. 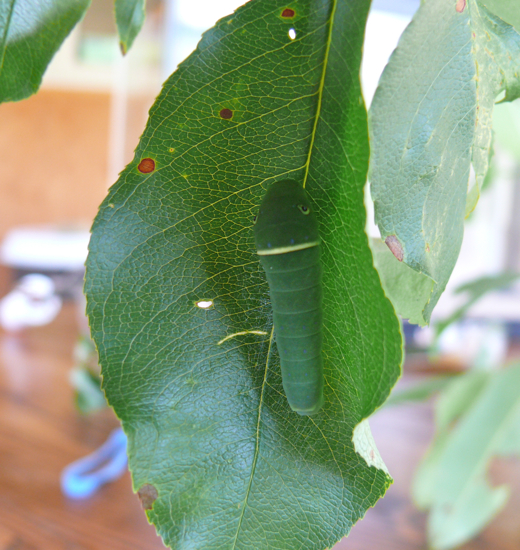 Getting ready to pupate, on July 7th 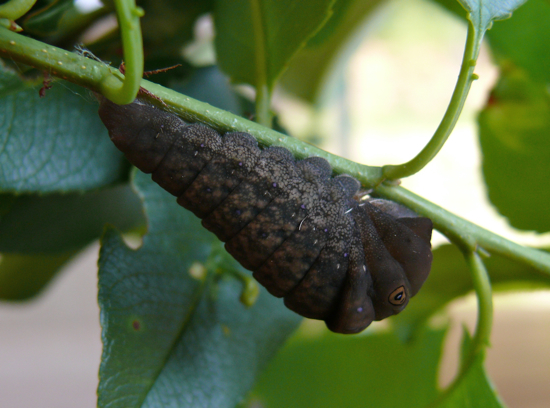 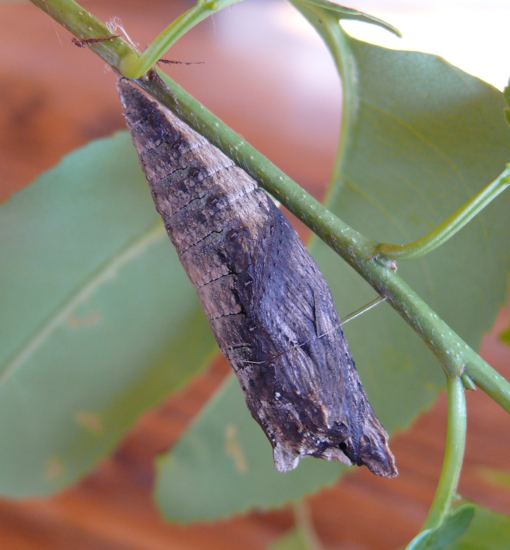 On July 27th the pupa darkened 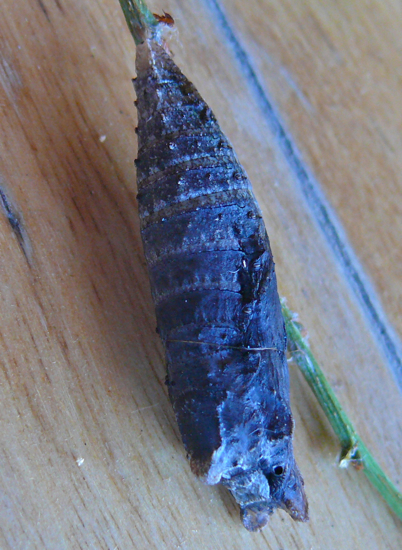 And later that morning the adult emerged.  It was a black female. 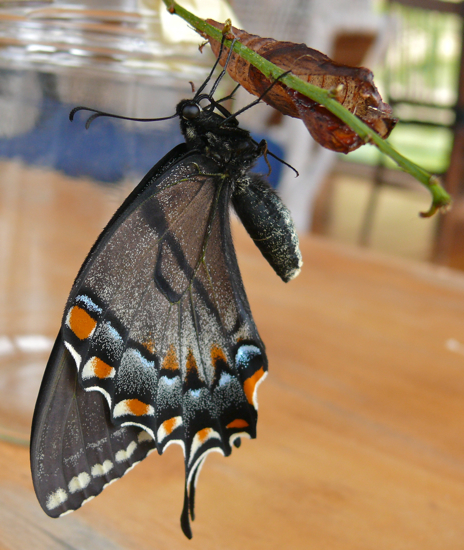 Just before releasing her 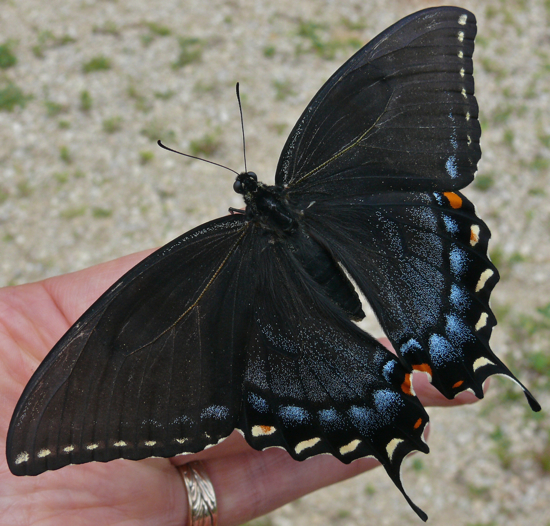