Caterpillar food: as far as I can tell, the ones I see eat Partridge Pea (Chamaecrista fasciculata), but James Scott also lists Amphicarpa as a host – and we have lots of Hog Peanut (Amphicarpa bracteata).  I’d like to observe one on Hog Peanut – it seems likely that they do use it as a host since it’s so common, and (except on our property) Partridge Pea is not very common in this area.

Little Yellows are another mid-summer butterfly – they probably don’t overwinter here, but repopulate every year from farther south.  Some summers I don’t see them at all – other years I start seeing them in mid-July.  I’ve planted a lot of Partridge Pea on the slope near our house, and that’s where they congregate.  They’re difficult to photograph though – they always seem to be able to avoid my camera.  And they always rest holding their wings closed. 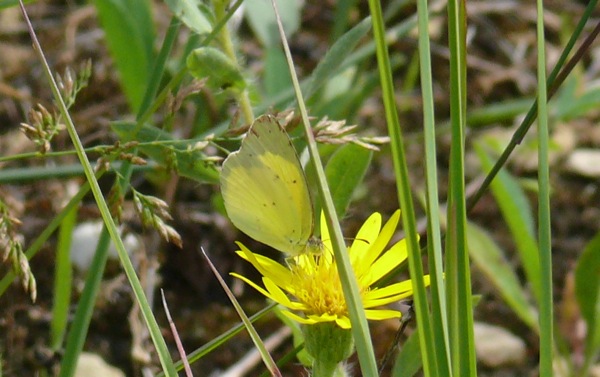 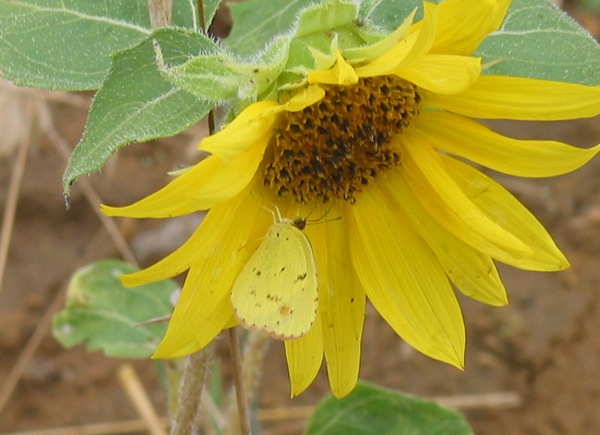 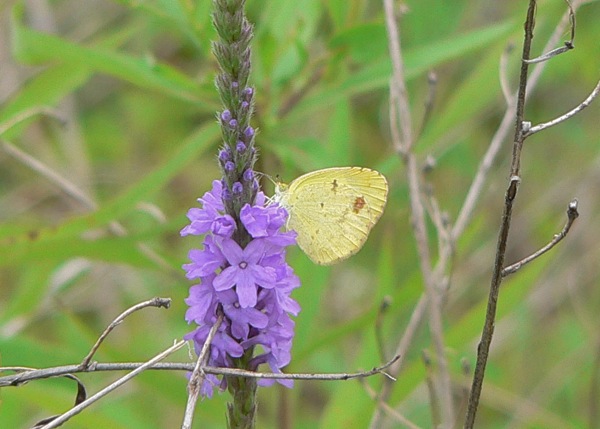 This is a Little Yellow egg on the petiole of a Partridge Pea leaf.   I’ve always found their eggs on top of the petiole, on a fairly young leaf.  This one was laid on July 30, 2010. 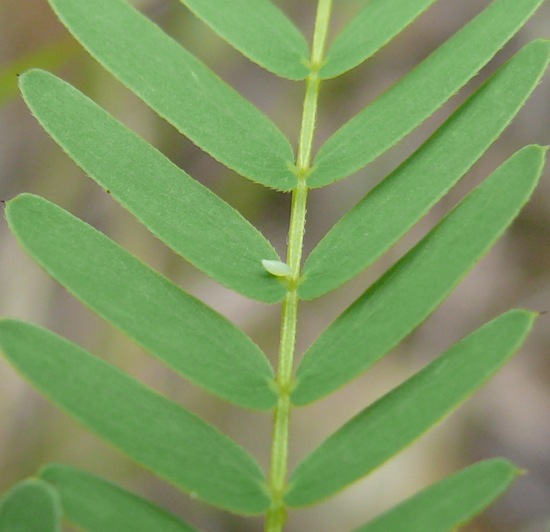 Close-up of the egg 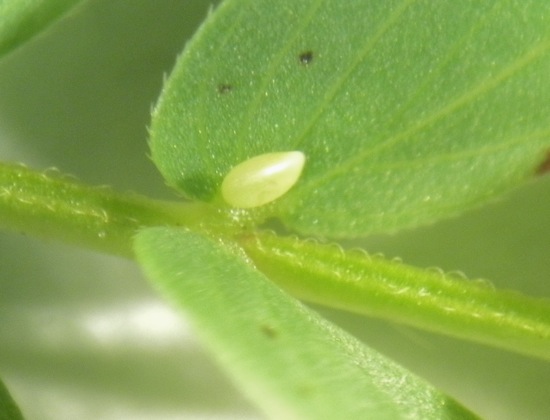 I think it took me a few days to notice that the egg had hatched – the eggs – and the caterpillars – are very small.  On August 2, the caterpillar was hanging along the petiole underneath a leaf.  There’s a piece of frass stuck to it, and drops of moisture on the hairs on its back. 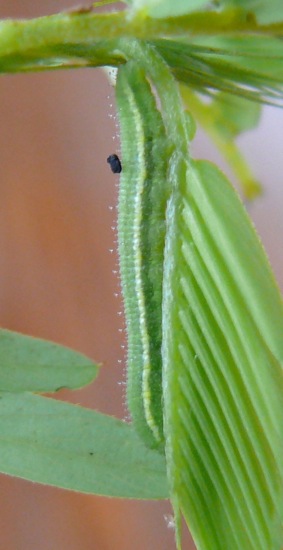 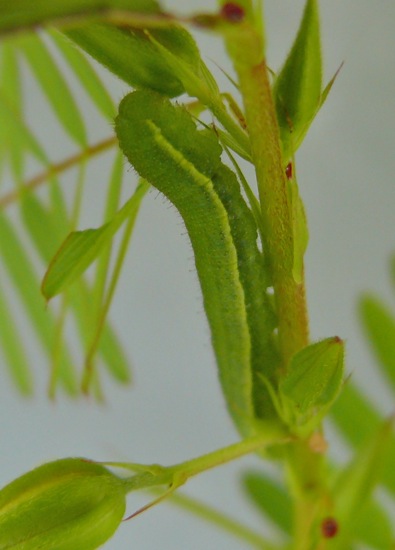 August 5 – you can see some feeding damage on the leaflets 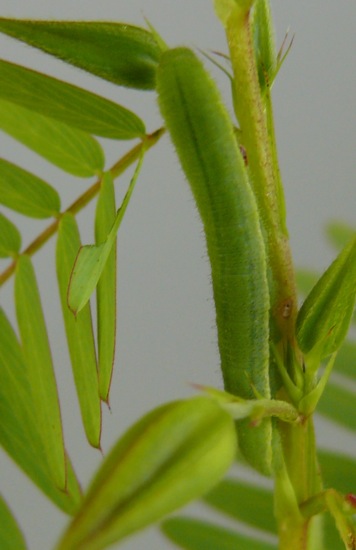 I missed seeing the pupa – it was well camouflaged.  But on August 16, the butterfly hatched 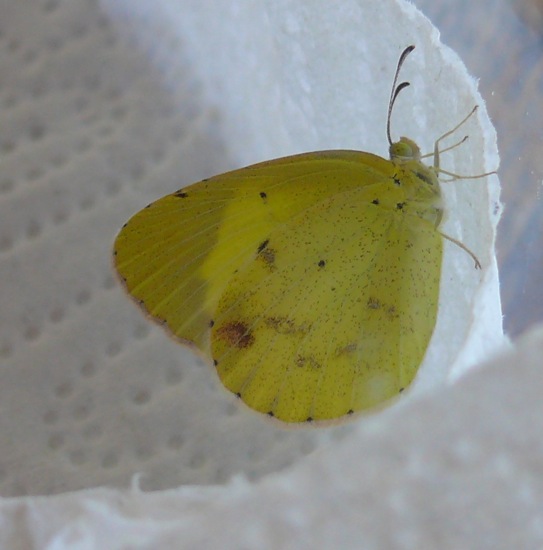 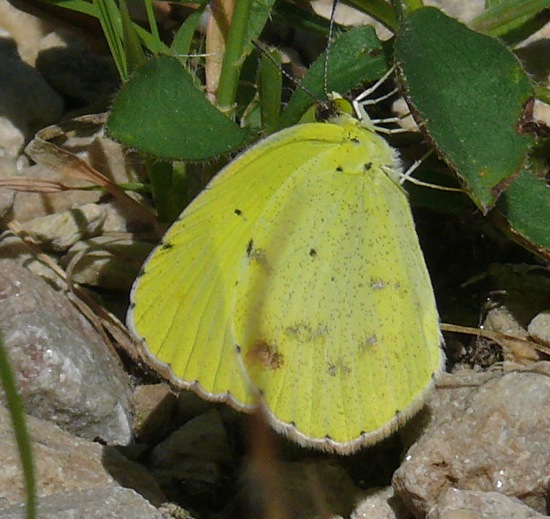 Then I found the empty chrysalis. 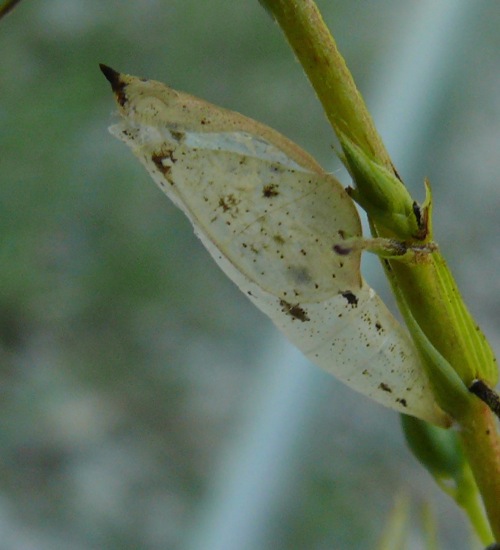