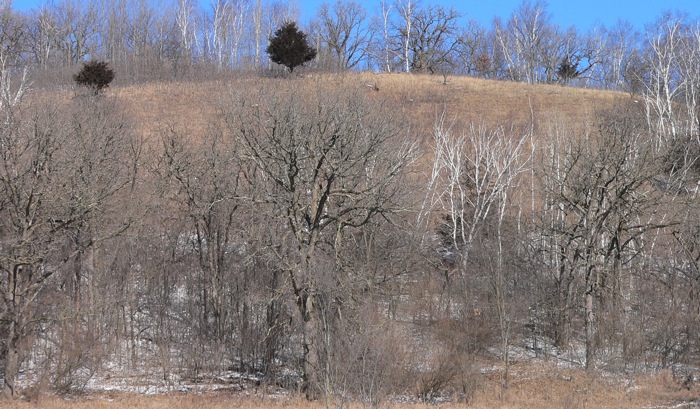 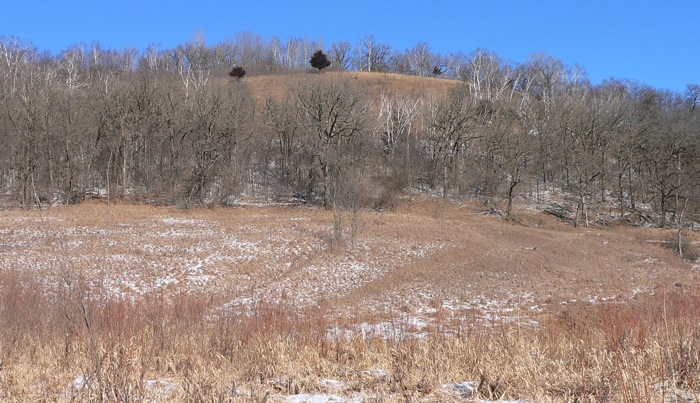 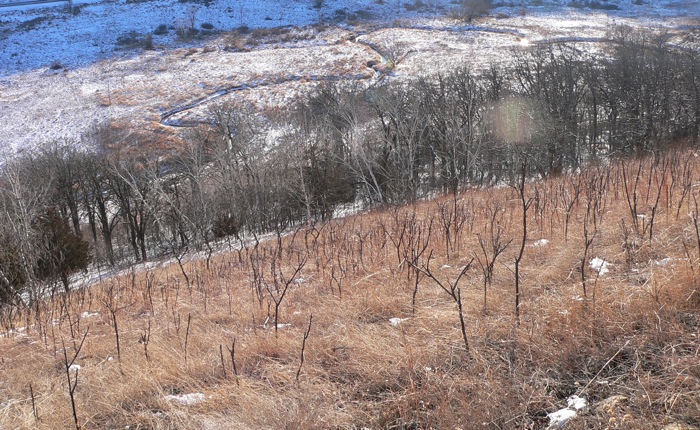 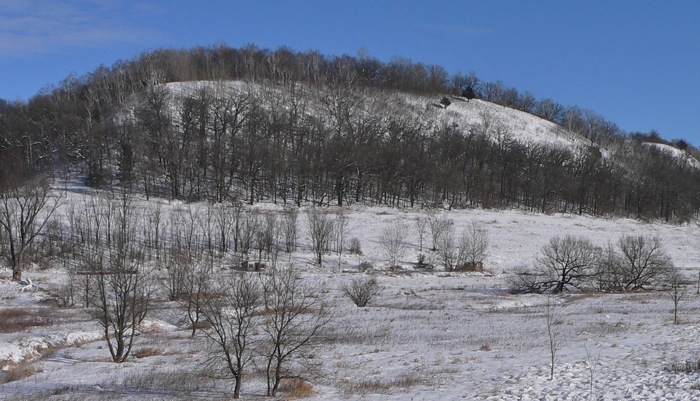 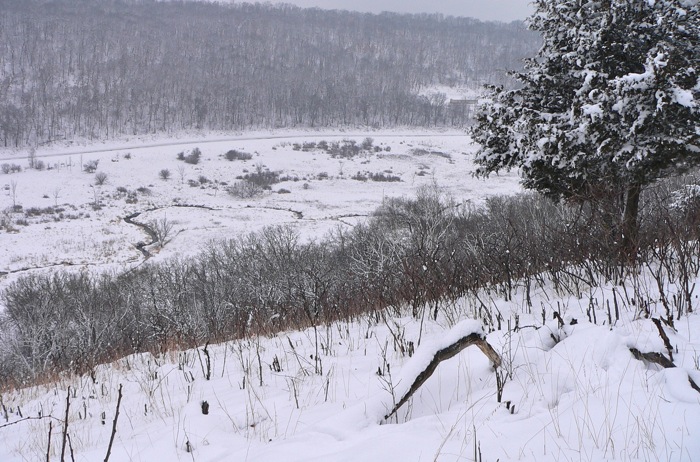 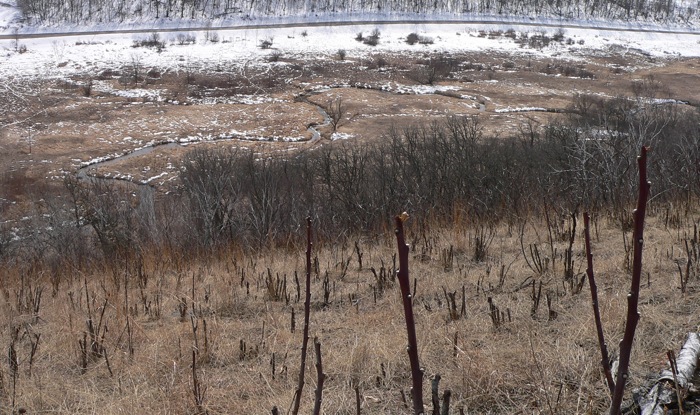 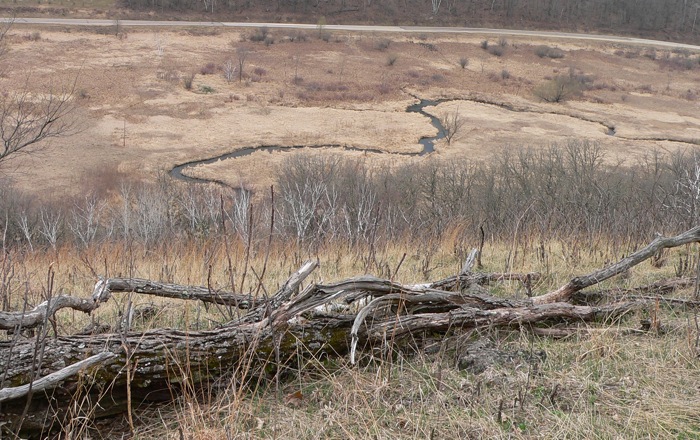 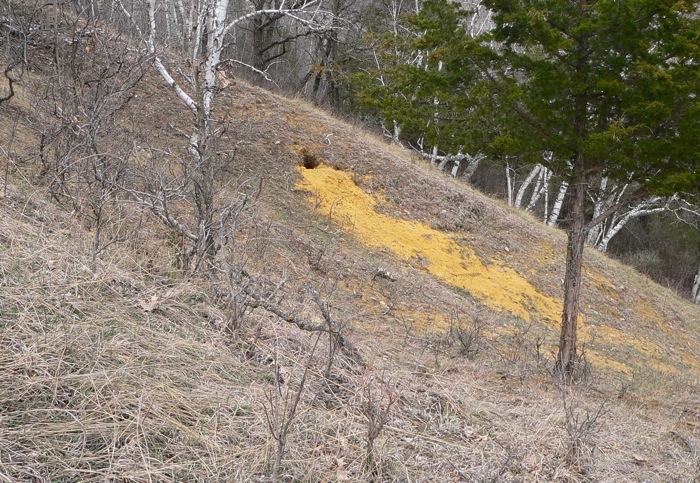 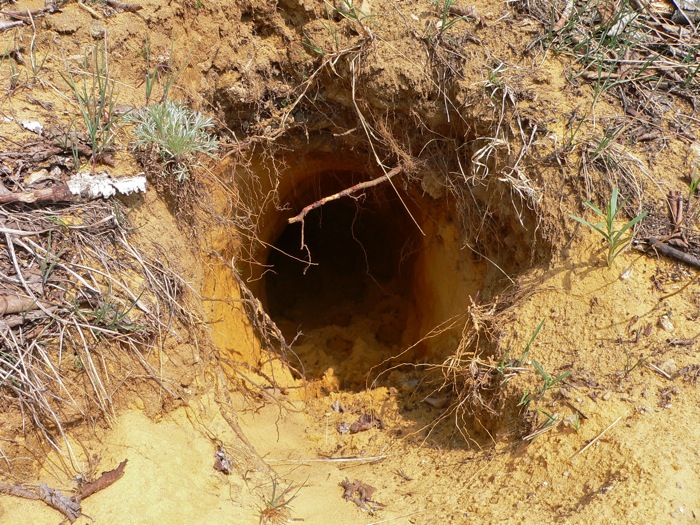 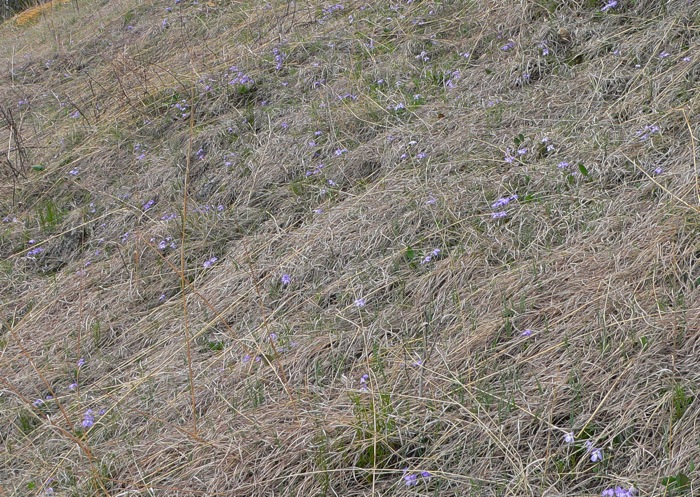 4/18/2005 – There are several clumps of these violets on the western edge of the prairie.  They’re called Early Blue Violet – not a very distinctive name.  Their scientific name shows that they’re more interesting – Viola x palmata.  They’re either considered a separate species (V. subsinuata), or a naturally occurring cross between two species: Viola pedatifida and V. sororia.  See this reference for more information. 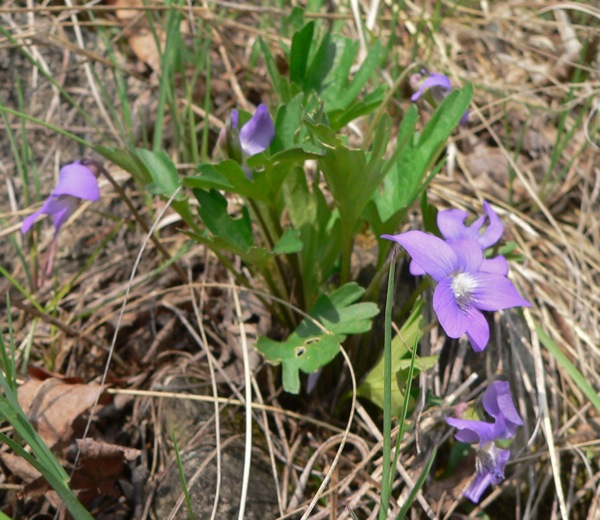 4/18/2005 – This is one of the earliest flowering plants on our land, and it always blooms on Sumac Prairie earlier that anywhere else.  Sand Cress – Arabis lyrata. 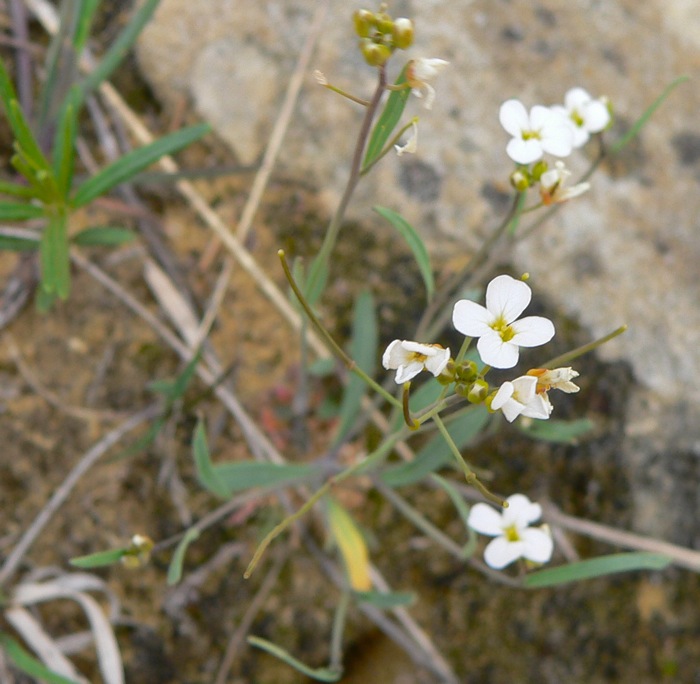 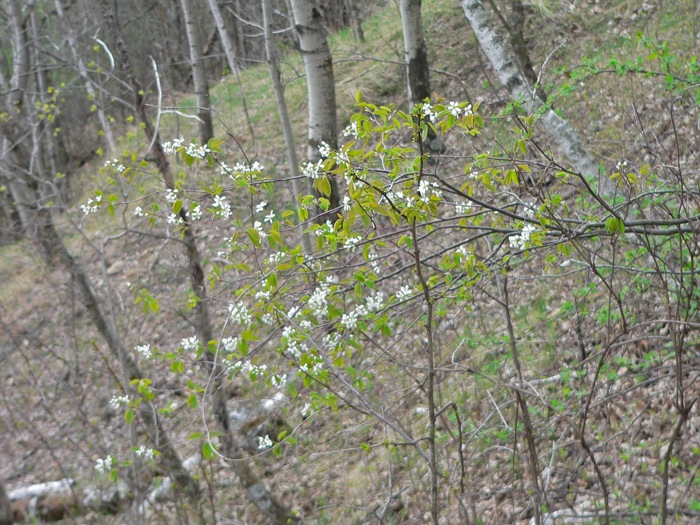 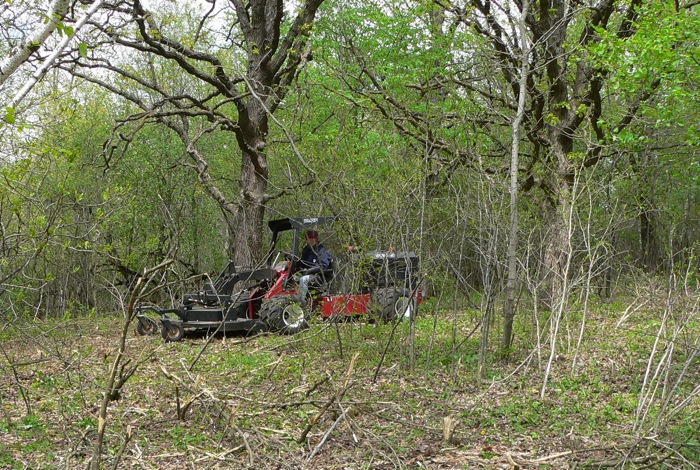 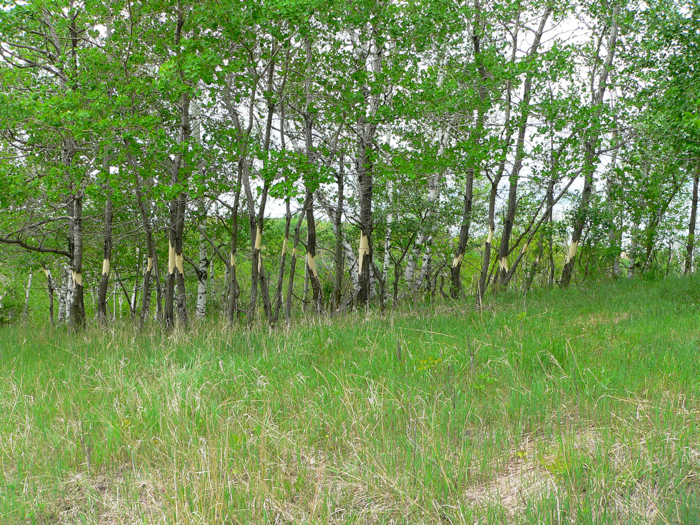 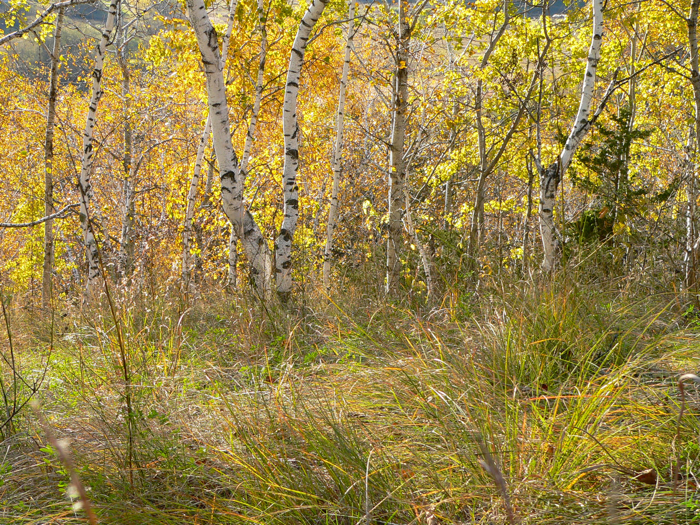 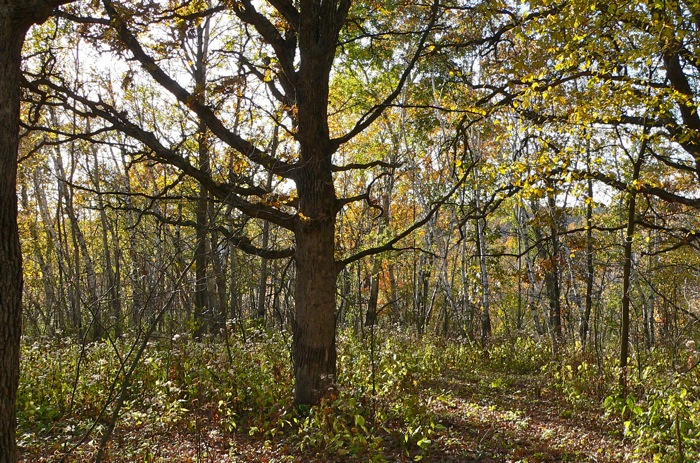