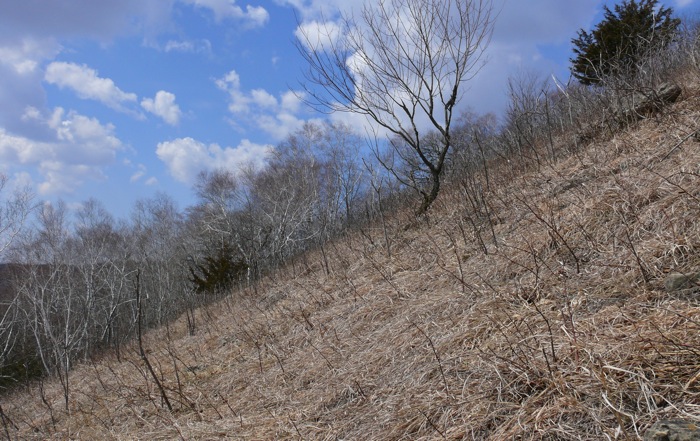 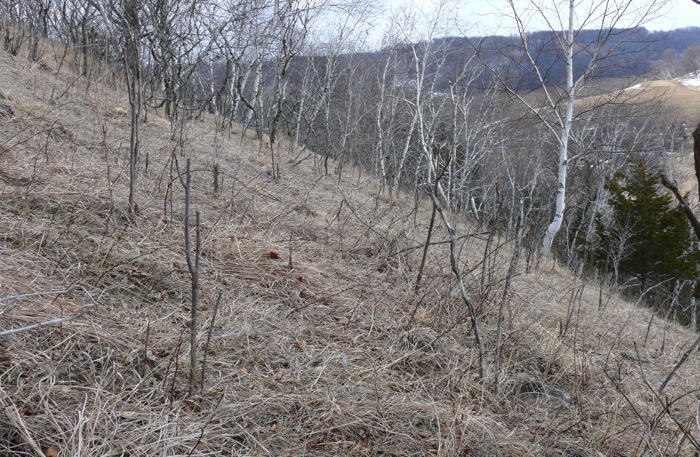 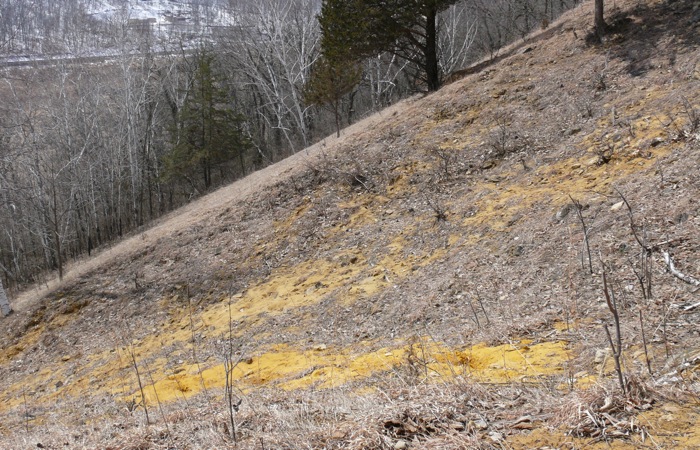 4/4/2008 – The prairie flowers always bloom earliest on Sumac Prairie.  It’s south-facing, and very steep, and it gets hot when the sun shines on it in the spring.  These are some of the earliest sprouts to come up.  They’re annuals called Common Whitlow Grass – not really grass – they’re actually in the Mustard Family. 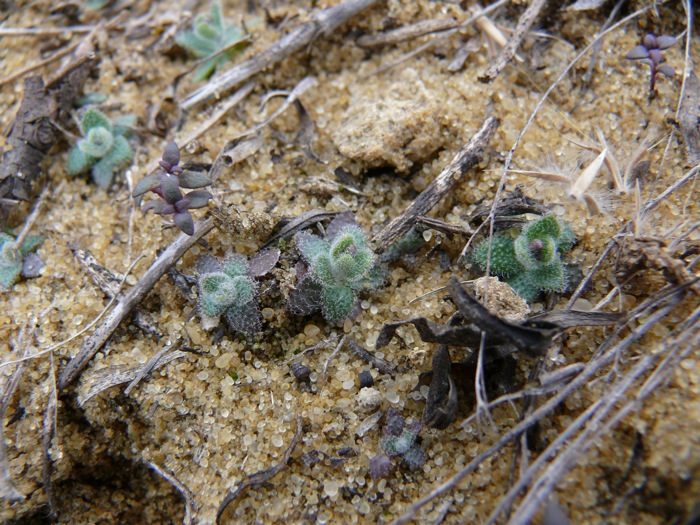 This is the very top of the hillside, the east side, just where it turns into savanna.  The hill starts to flatten out, and the top has big old oaks, with a thicket of small aspens and Prickly Ash between them. 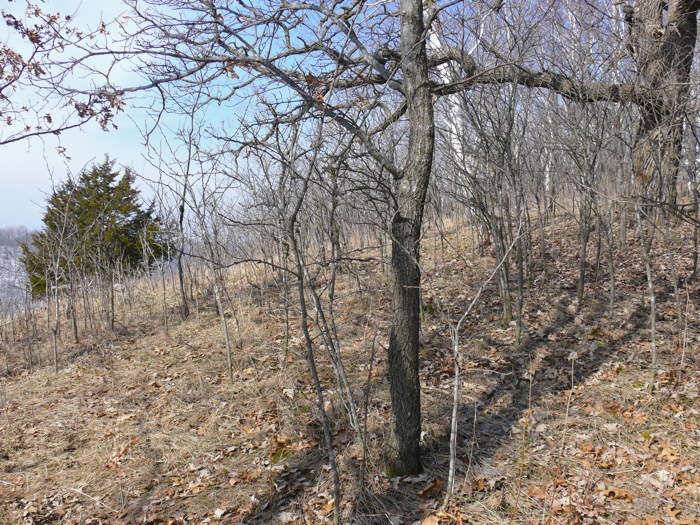 I’ve started clearing between the oaks.  I cut the brush with hand clippers or a hand saw, and treat the stumps with herbicide.   This area has been partially cleared. 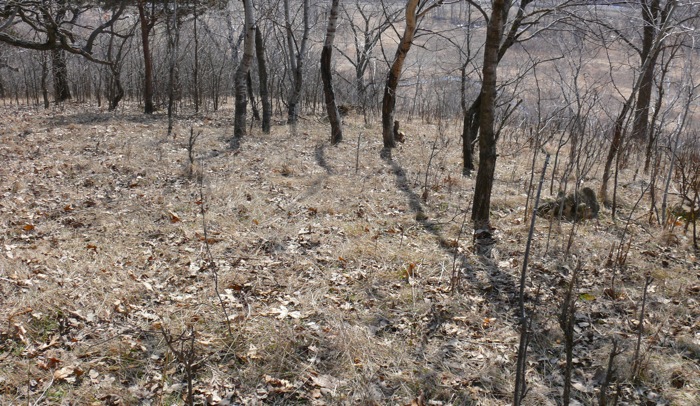 Looking back from the cleared part, into an area with bigger trees that will have to be girdled. 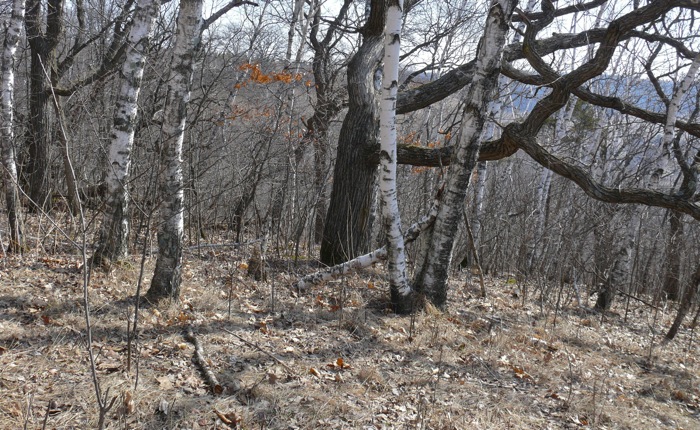 4/14/2008 – One of several small animal holes in the sandy part of the prairie.  They’re made by a Burrowing Wolf Spider  (Geolycosa sp.), but I’ve never actually seen the spider. 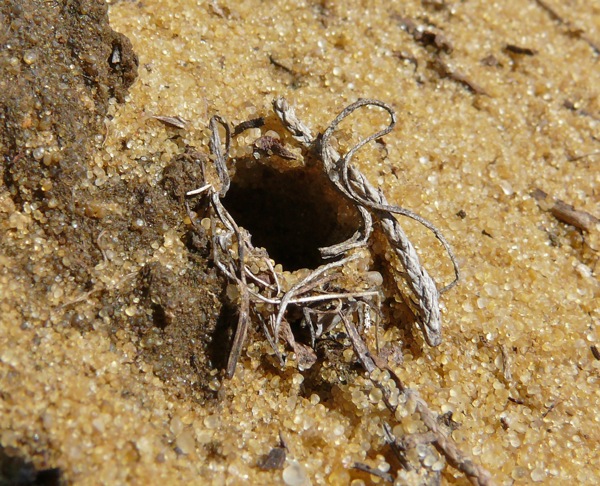 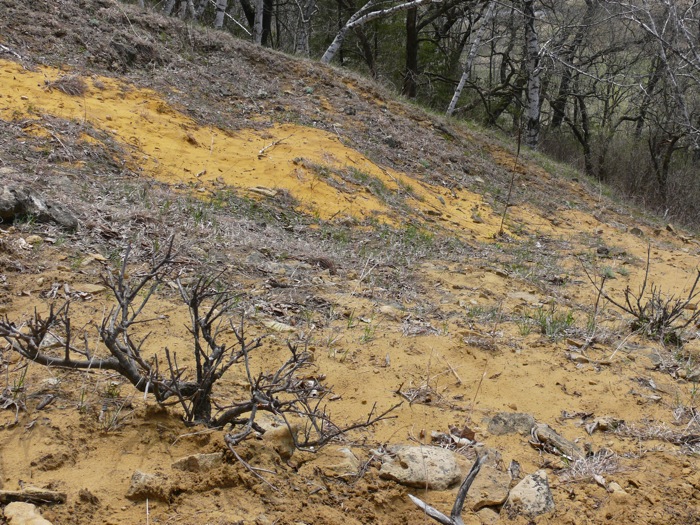 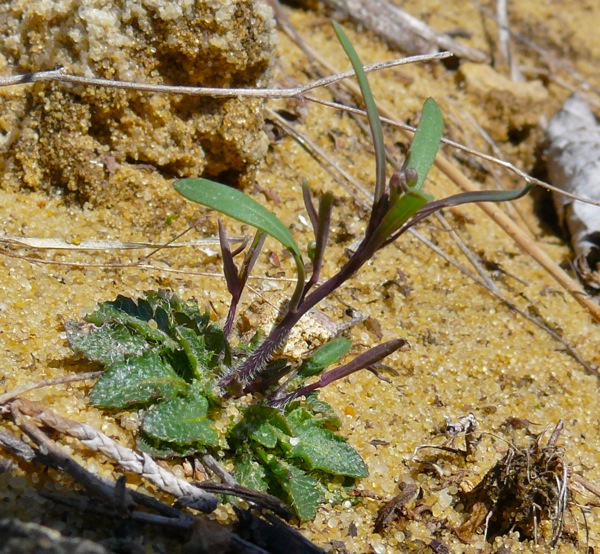 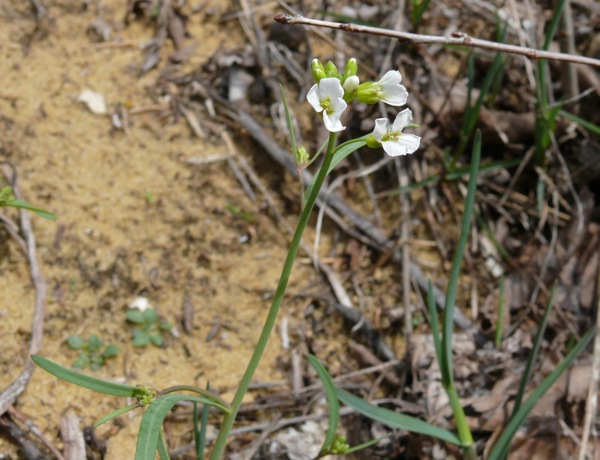 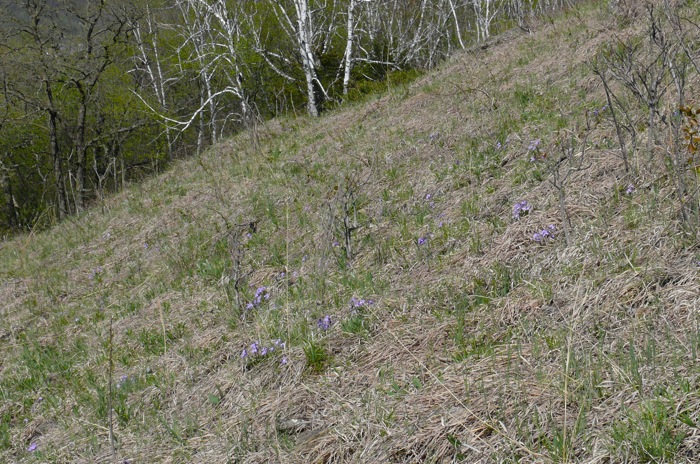 8/29/2008 – A view of some of the thickets that I’d like to get rid of.  This is looking from the overgrown savanna on the top western end, down toward the prairie.  It’s completely overgrown with sumac, Prickly Ash, and honeysuckle.  Under all this are struggling prairie and savanna plants that I’d like to liberate. 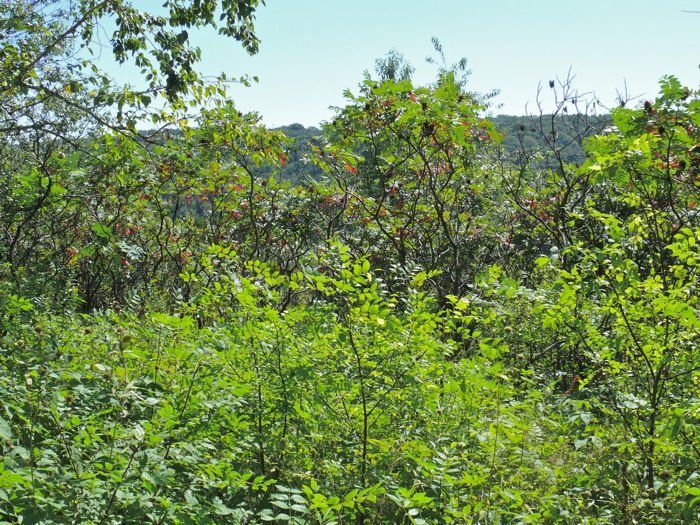 8/29/2008  This is the lower edge of Sumac Corner Prairie, looking down at the birch/aspen woods.  The aspens are starting to die – I girdled them a few years ago.  I did girdle the birches, but later, and I don’t remember which year I did it. 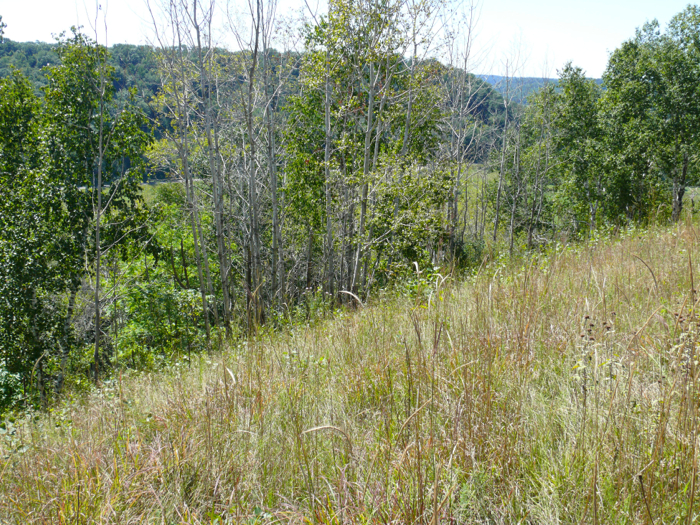 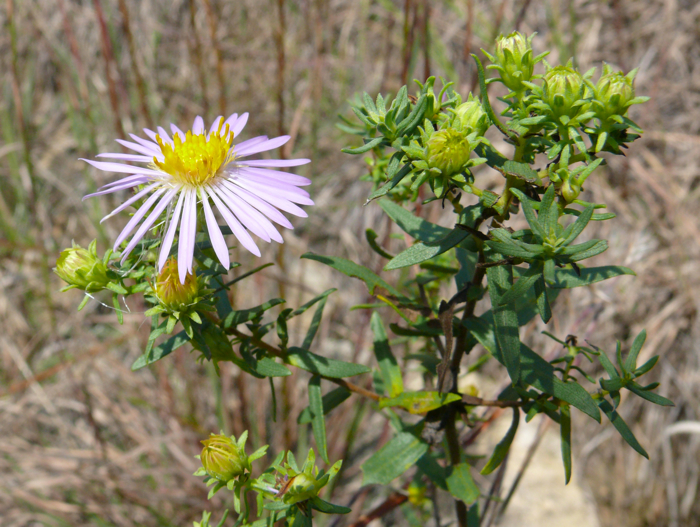 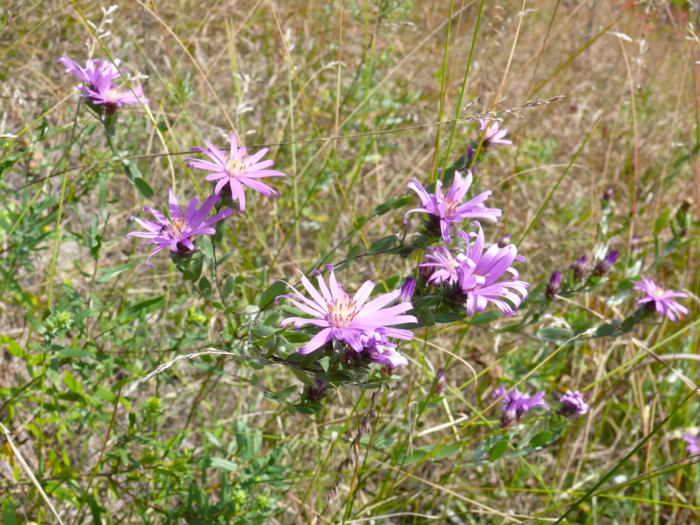 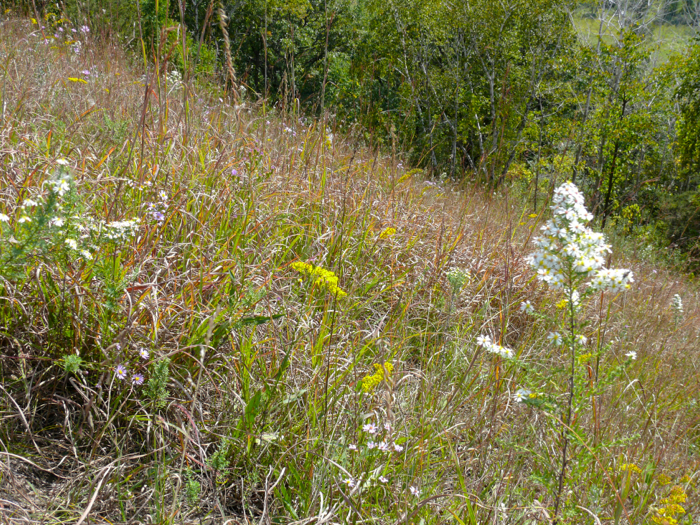 9/18/2008   A small, bright-colored moth that’s found in prairie habitats called a Holomelina Moth.  I’m not sure of the species. 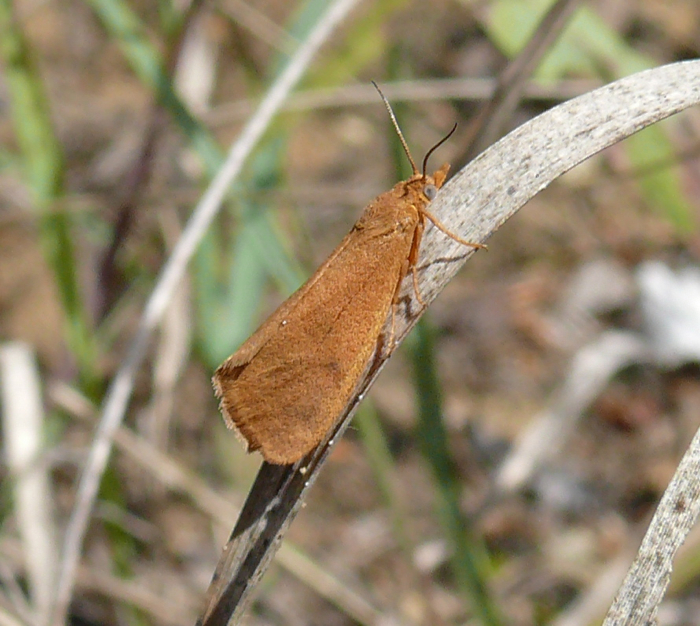